From the Balakot air strikes in Feb 2019 and General elections earlier last year to the abrogation of Article 370 and Ayodhya Verdict later, 2019 was indeed a year that witnessed history in the making especially for India.

As we enter into 2020, let’s see the important events that lie ahead for India and the world this year.

The Supreme Court Of India had refused to stay the implementation of the CAA in December 2019 and scheduled hearing of the pleas challenging the constitutional validity of Citizenship Amendment Act on 22nd of Jan this year. 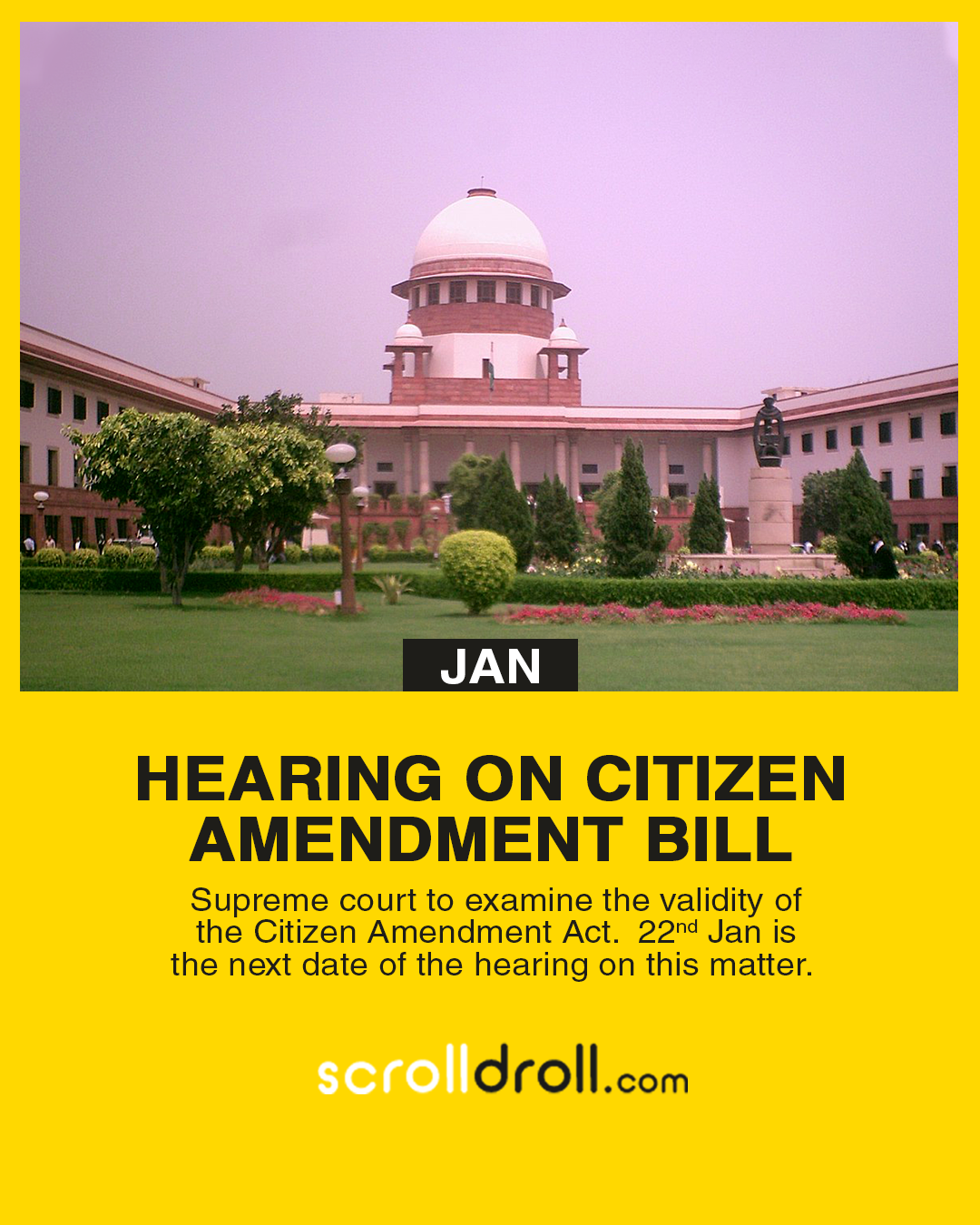 A public vote (or referendum) in June 2016 decided that UK would leave European Union – an economic and political union of 28 European countries that allows free trade and free movement of people in whichever country they choose. After going past the scheduled deadline twice, Brexit is now scheduled for 31st Jan 2020.  The United Kingdom would be the first member state to withdraw from the EU and this event is likely to alter the political landscape of Europe. 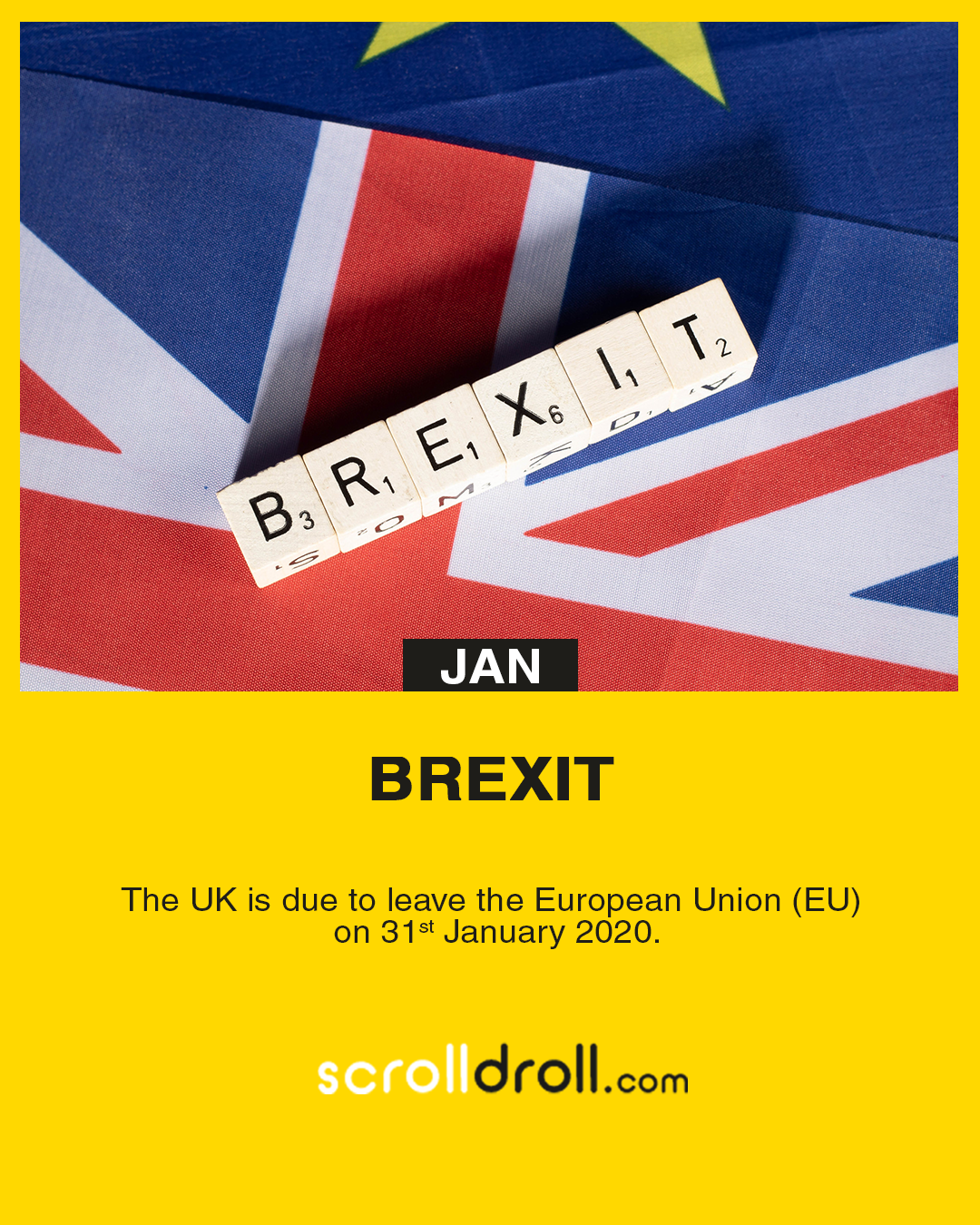 After a phenomenal victory in 2015, Arvind Kejriwal faces another litmus test in the 2020 Delhi Assembly elections. While the BJP won all 7 Lok Sabha seats in Delhi in the 2018 Lok Sabha elections, Arvind Kejriwal remains the favorite this elections with his recent achievements especially in the areas of health and education. 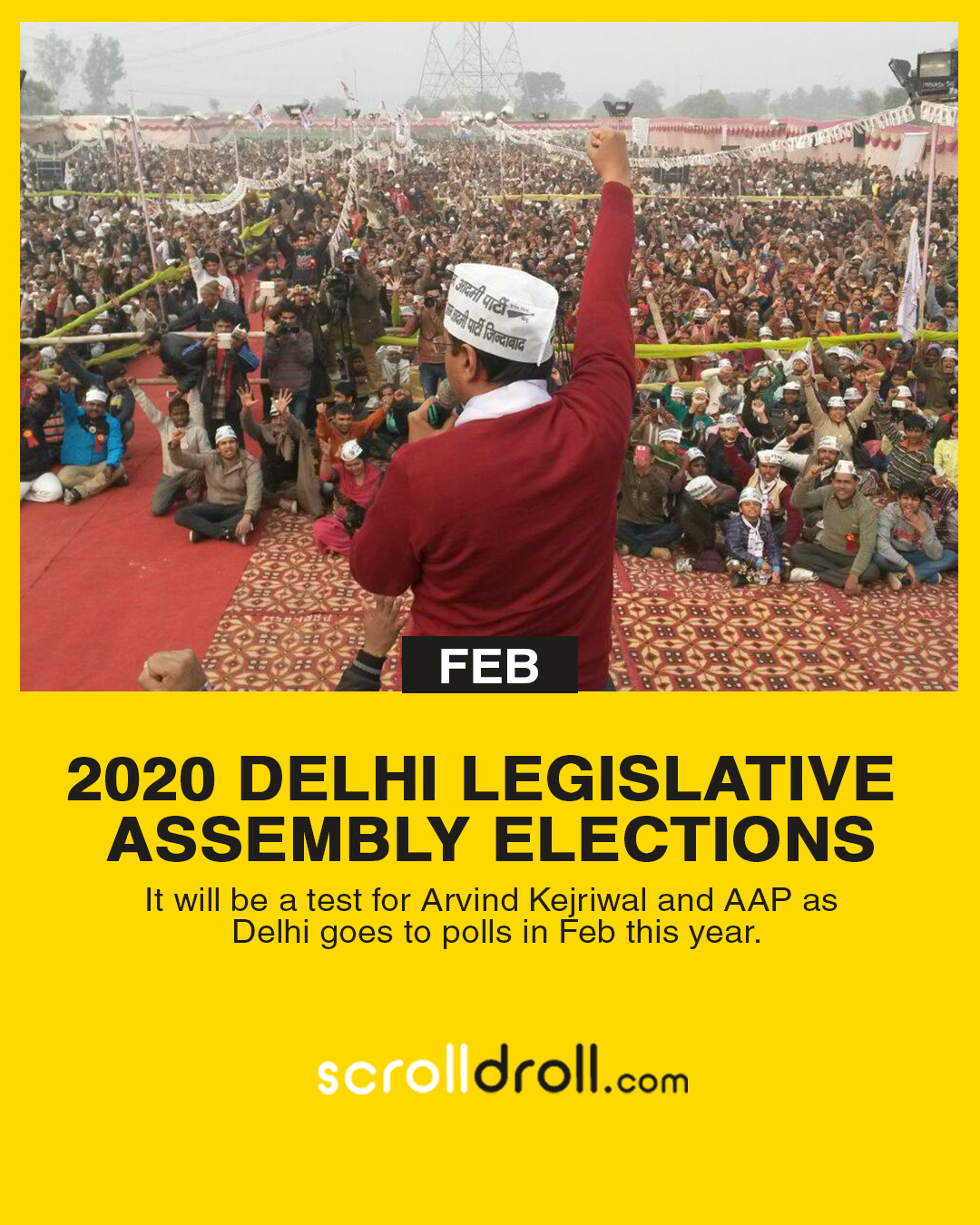 ‘Mandir Wahin Banega’ – You could have ignored this statement until last year but not anymore! With Supreme Court’s historic Ayodhya verdict last year and Amit Shah’s promise of building the Ram Mandir within 4 months, many believe that the construction of the temple could begin on Ram Navami this year – April 2. 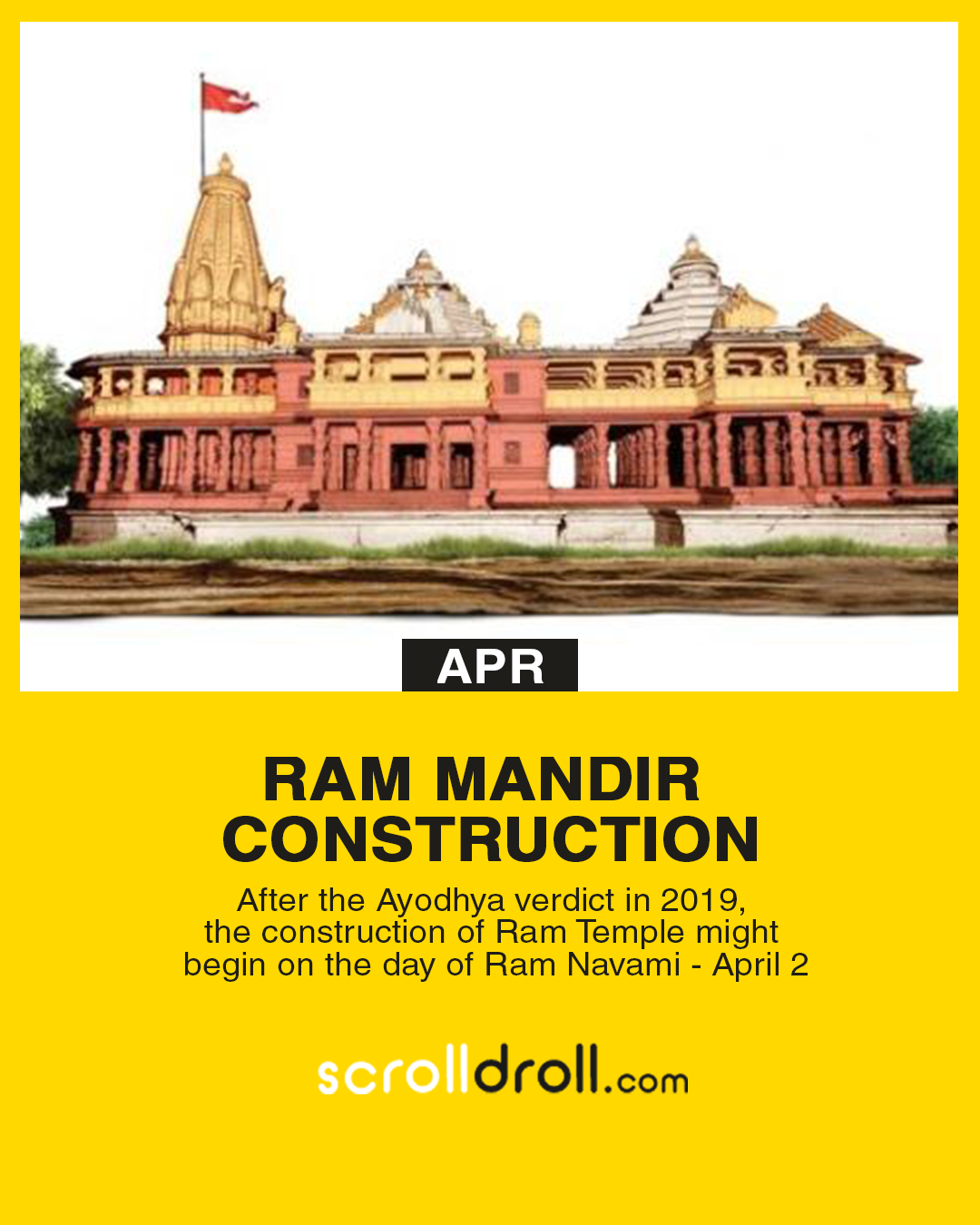 ISRO is expected to launch its first ever solar mission – Aditya L1 in April 2020. While ISRO doesn’t plan to go anywhere near the sun, Aditya L1 mission would carry six scientific payloads to be placed in the halo orbit near the L1 point of the Sun-Earth system. 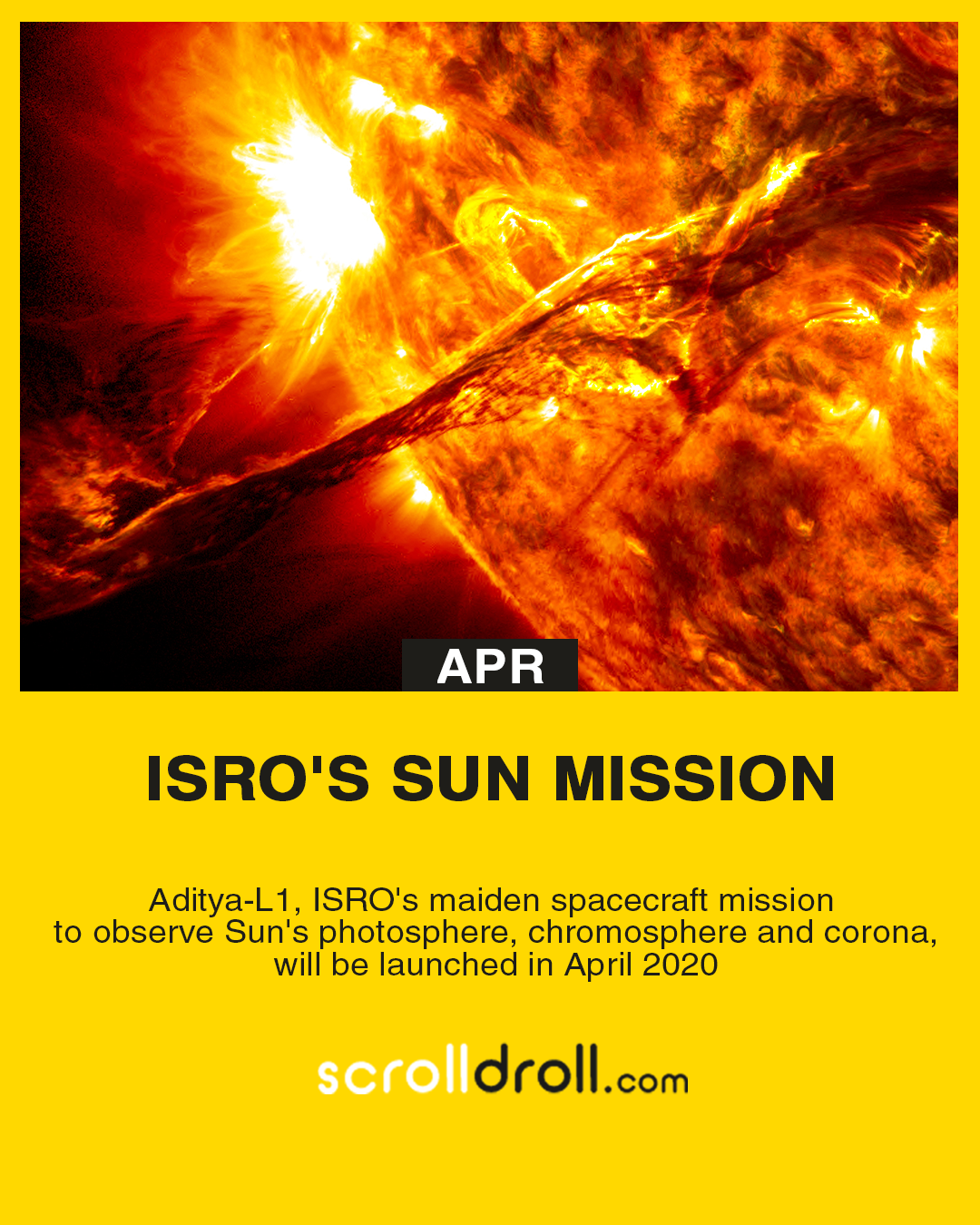 6. Opening of the Rohtang / Atal Tunnel in Himachal Pradesh

Named after India’s former Prime Minister Atal Bihari Vajpayee, the Atal Tunnel would be operational under the Rohtang Pass on the Leh-Manali highway by June this year. While this tunnel would reduce the distance between Manali and Keylong by 46 kms, it will also give a all-weather connectivity to Lahaul, Spiti and Leh from Manali. 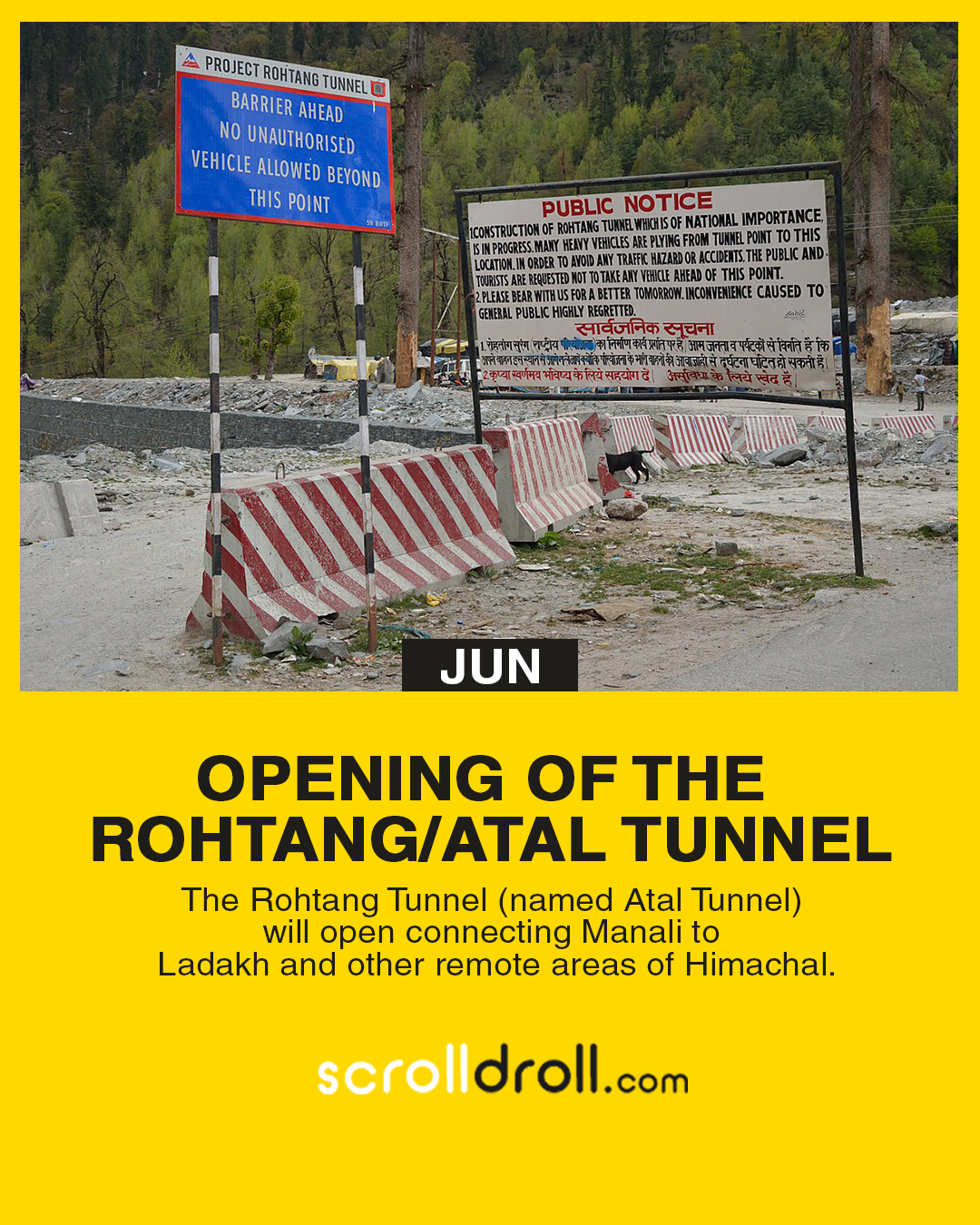 Tokyo, Japan will be hosting the 2020 Summer Olympic games in July-Aug this year. After its best tally of 6 medals in 2012 London Olympics, India could manage only 2 medals in the 2016 edition. It will be interesting to see if India can manage a spectacular show in Tokyo. 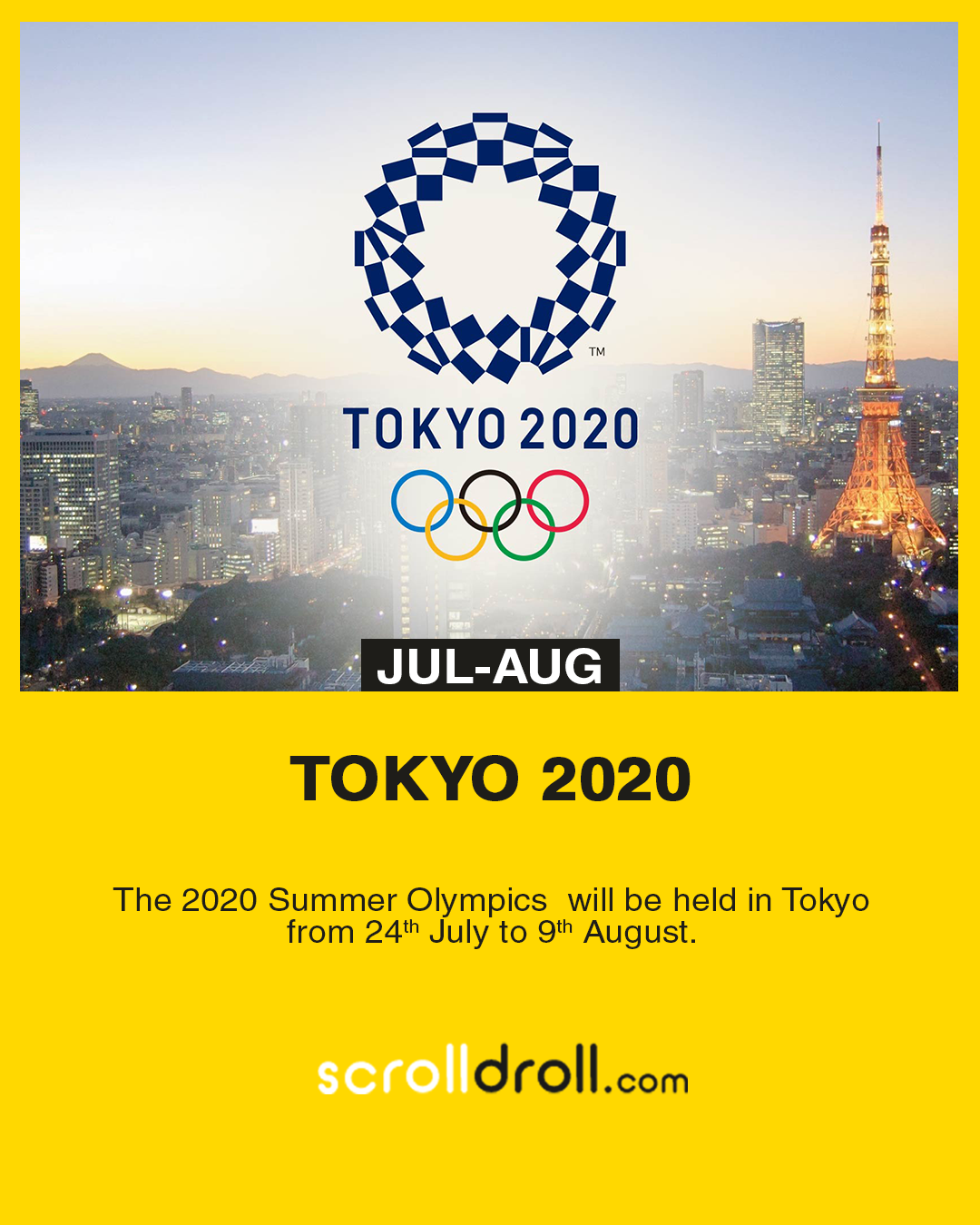 From unexpected alliances and last minute coalitions to post-poll dramas, Bihar Elections is always expected to be anything but ordinary by poll pundits. An incumbent Nitish Kumar would seek a re-election in 2020 as Bihar would go to polls in Oct 2020. 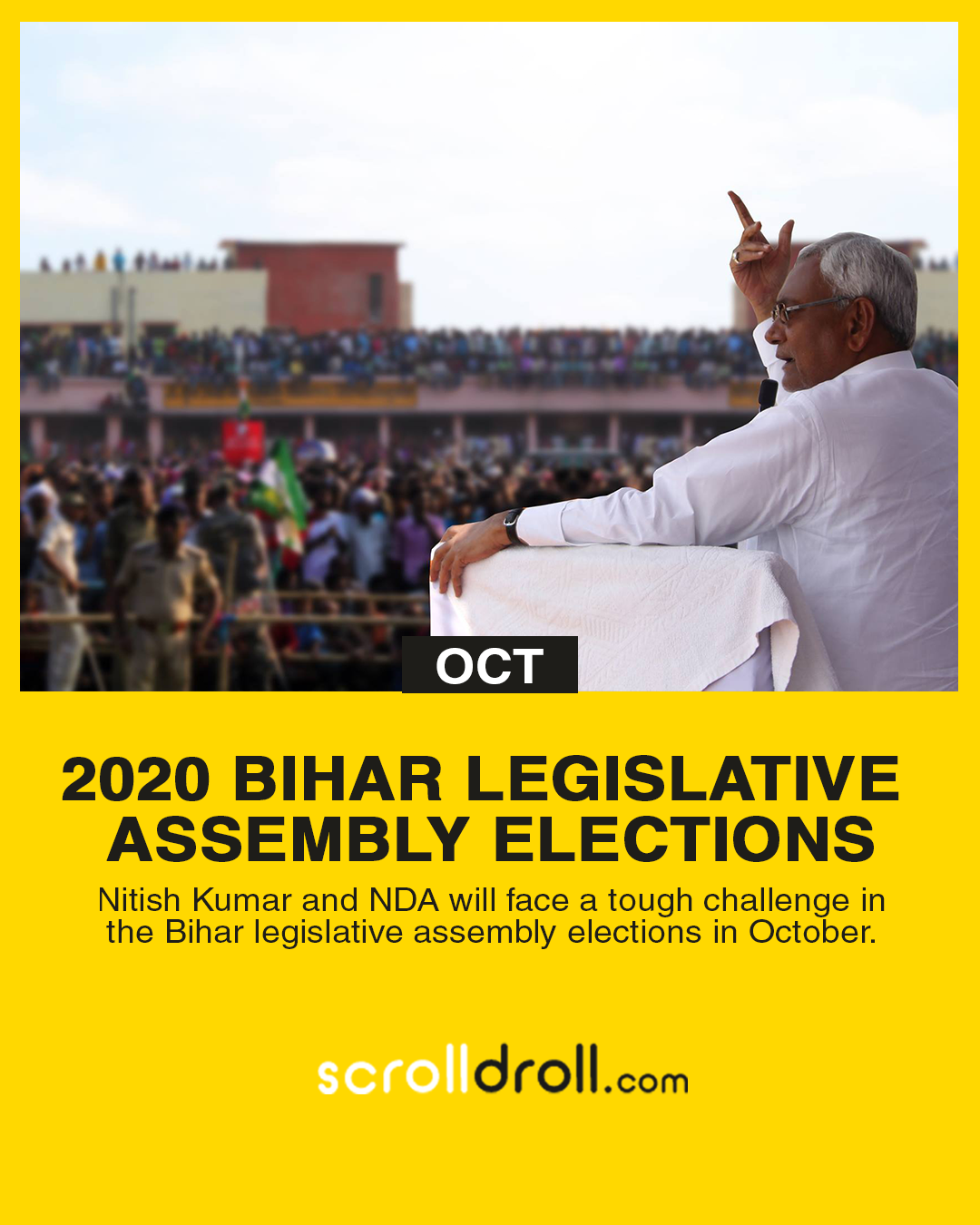 The Seventh ICC T20 World Cup will be held in Australia from 18th Oct to 15th Nov this year. We hope that Virat Kohli and his men bring the Cup back to India after 13 long years. 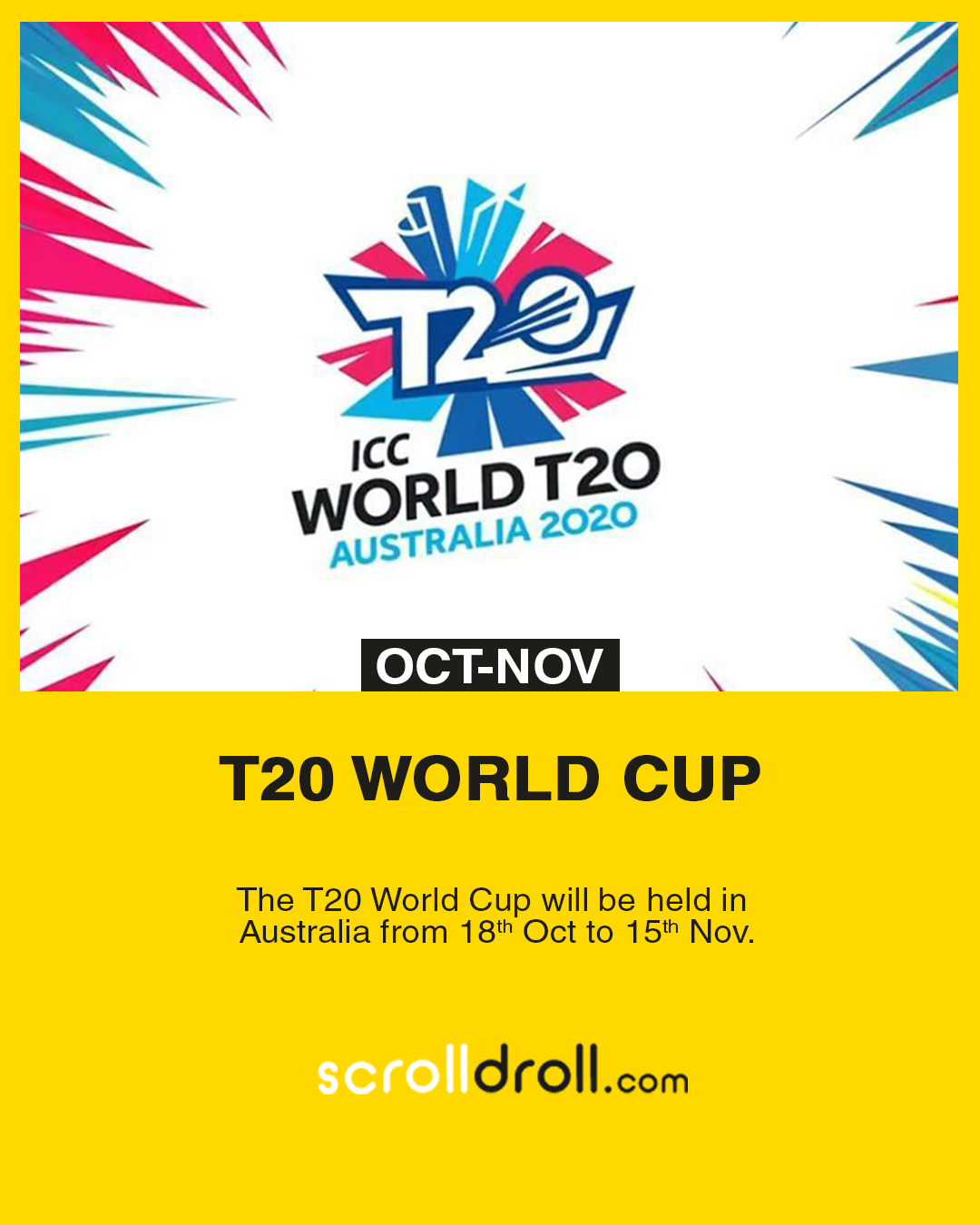 Will it be Donald Trump again or will someone else lead the United States? The world will have its eyes on USA as the 2020 United States Presidential Elections will be held on Nov 3, 2020. 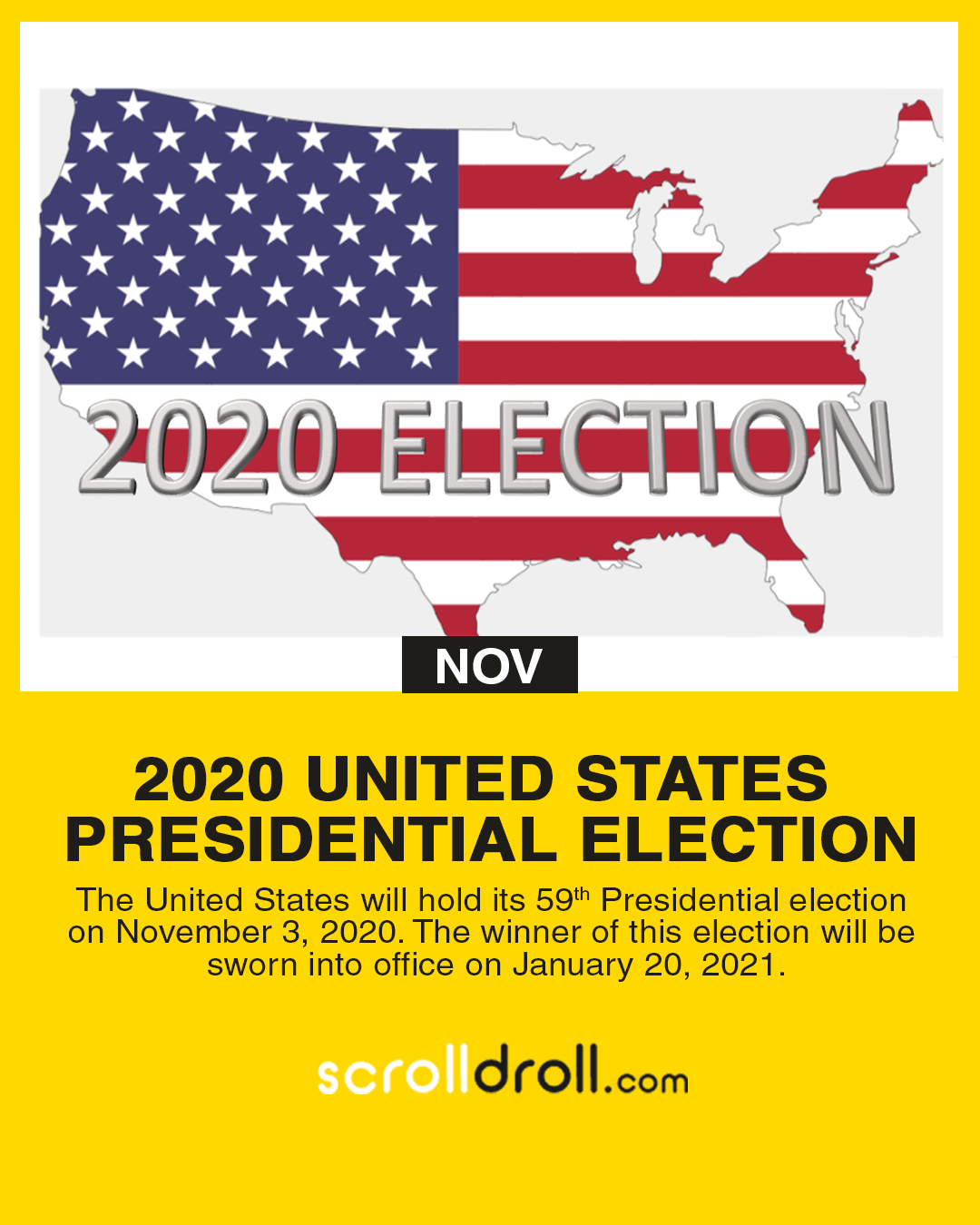 India’s mission to send a man to space would face the first challenge in December 2020 as ISRO plans to conduct the first unmanned flight of Gaganyaan – the formative spacecraft of the Indian Human Spaceflight Programme. This flight would carry a humanoid robot resembling a human before the first manned mission scheduled in 2022. 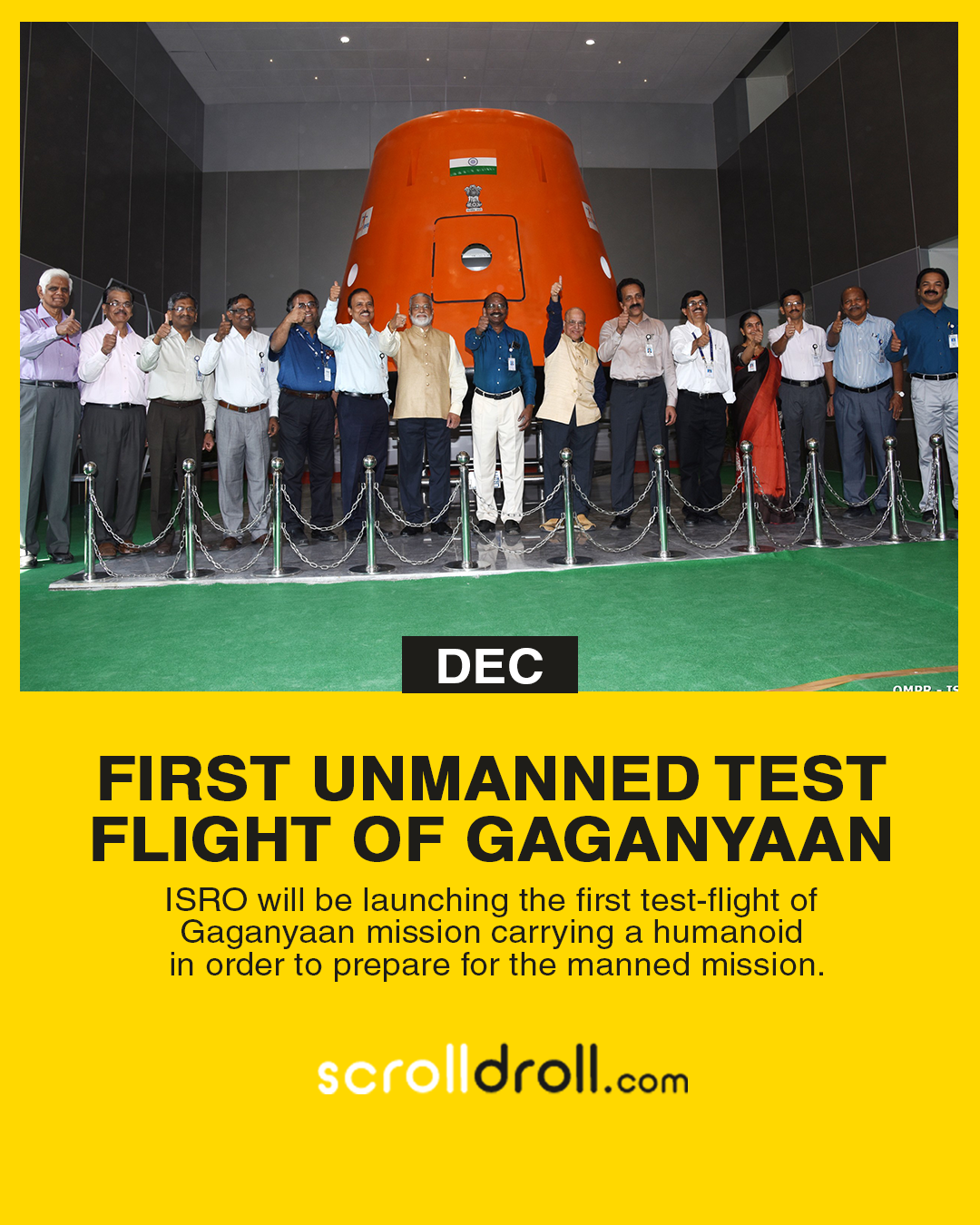 2020 seems to be an exciting and landmark year for India and the world. What are you looking forward to the most in 2020? Do let us know in the comments below!

20 Best Gangs Of Wasseypur Dialogues That Make It A ‘Cult’