There are indications of the current astrological boom all over the internet. It doesn’t take much time online to find horoscope social media pages or Listicles with zodiac themes. Memes on astrology include just about anybody you can think of, from Sailor Moon characters to Hollywood celebrities. Additionally, many utilise astrology-based smartphone apps to evaluate romantic compatibility and comprehend interpersonal dynamics. This is a list of the best Indian astrologers on Instagram if you’re feeling like believing in the stars today!

1. Arun Kumar Vyas
University of Rajasthan graduate with a master’s degree in astrology is Arun Kumar Vyas. He was born on September 1st, 1980, in Phalodi, Jodhpur, to a humble Pushkarna Brahmin family (Rajasthan). A well-known preacher of Shrimad Bhagwat, Pandit Shri Ramgopalji Vyas was his grandpa. He has had a deep interest in Shrimad Bhagwat and astrology ever since he was a toddler thanks to his grandfather’s prophecy. He studied numerous Vedic texts and astrologers under the tutelage of revered Shri Harikishanji Changani, earning a Gold Media in astrology. At a young age, he was also given the Jyotish Bhushan and Jyotish Samrat awards, among other honours. He began his practise when he was just 18 years old. 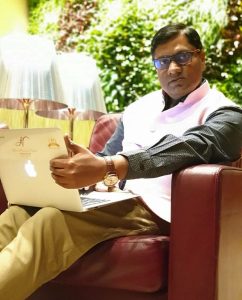 2. Janvi Gaur
Janvi Gaur, who was born into a psychic household, has always been drawn to the spiritual realm and has a keen sense of presence. She stood out from her family members despite the fact that nearly everyone in her family have psychological gifts since she is able to feel much more than they can. From the age of six or seven, she began to experience strange feelings and see images. Since birth, she had a wealth of knowledge about the soul, which she decided to pursue as a profession. Janvi Gaur began her career as a tarot card reader in 2000 when she was 22 years old, working as an astrologer at the time. 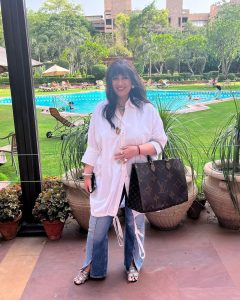 3. Sundeep Kochar
Celebrity astrologer, vastu consultant, motivational speaker, life coach, actor, anchor, author, and recipient of the title “The Most Trusted Astrologer of India,” Dr. Sundeep Kochar has impacted the lives of individuals all over the world, ranging from business leaders to movie stars, cricket players to politicians. The top astrologer in Mumbai, Sundeep Kochar, has made numerous TV appearances globally, including “What’s your Rashi” and “Kismat Ke Sitare” on Zee TV and “Bach ke Rehne” on Zee News, “Guiding Star” on ARY Digital (Dubai), and “Guiding Star” on Zee News. A first in television history, “KKS” has completed 2740 episodes and has been seen in more than 120 countries. He is the only astrologer who has ever hosted the longest-running astrology show on national television, according to the “Limca Book of Records.” 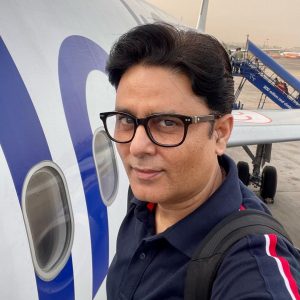 4. Pandit Jagannath Guruji
Indian astrologer Pandit Jagannath Guruji is well-known for his talent and vast expertise. He provides a comprehensive array of astrological counselling and fortune-telling services, including accurate predictions for important life events like career, employment, business, and finances; problems with health, wealth, and relationships involving marriage and compatibility; and powerful luck, fortune, face, and palm readings to assist you in navigating life. 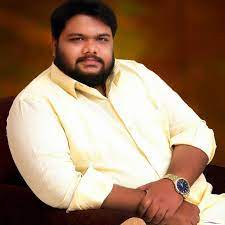 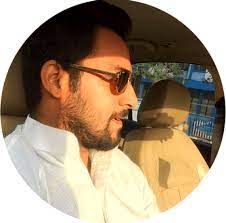 6. Hitesh Sharma
One of the most well-known celebrity astrologers, life coaches, radio hosts, and motivational speakers is Hitesh Sharma. a former student at Coventry University (United kingdom). He possesses an IT and supply chain master’s degree. But his spiritual path actually began during her early infancy, when he naturally took an interest in reading books on Vedic astrology and other religious texts. He is a well-known career counsellor, motivational speaker, and problem-solving authority. He is renowned for giving the greatest job guidance and assisting young people in determining their future. He has won the hearts of many celebrities with his cheerful and humble demeanour. 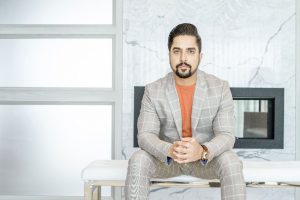 7. Astro Arun Pandit
Arun Pandit Ji is a well-known astrologer in India with more than eight years of astrological experience. He learned astrology from his father and continued his father’s work in the field, which he has been doing for more than 48 years. In Ayodhya, he began his family’s career and amassed a wealth of astrological knowledge. He has advised more than 15000 people throughout the years, all of whom have expressed satisfaction. He has received numerous honours, including the Jyothish Prabhakar, Jyothis Sudershan, Jyothish Shashtri, and Divine Readers Award. He has also demonstrated his astrological prowess along the way, earning the Maharishi Jaimini Gold Medal. 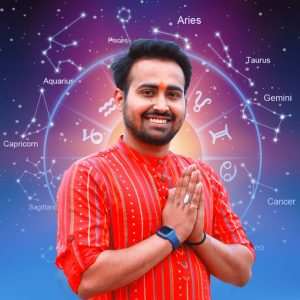 8. Rashi Gaur
Rashi Gaur is a well-known astrologer, pyra-Vaastu expert, numerologist, Vaastu and feng shui specialist, influencer, and mentor. Her goal is to make Vedic Knowledge more approachable so that the Modern World might benefit from it. She firmly believes in passing on this old wisdom and information to people in order to assist them in achieving a happy, peaceful, successful, and well-balanced existence. She does this by advising, teaching, leading workshops, and giving speeches at conferences. She has been a professional consultant for 15 years and has produced more than 200 papers as a subject matter expert. 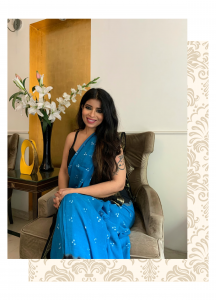 This was our list of the best Indian astrologers on Instagram. What do you think of them? Let us know in the comments!

Yoga and CBD: a perfect combination to fight stress and anxiety!