A lot of millennials and kids who grow up with in the era of video games and play-stations would hardly get what waiting the entire day for 2-hours of play in the nearby field or park with friends meant to generations before digital took over. The fun of a virtual world with elaborate graphics and multi-players cannot simply match the joy of playing your heart out even if there was dust, dirt and scorching sun or it was an indoor Indian game like Raja Mantri Chor Sipahi.

From Pitthu and Gilli Danda to Pen Fights and Book Cricket, some of the best memories of our childhood were playing these games with out gang of friends.

We bring you a list of 15 such Indian Games we all loved playing in our childhood.

The precursor to Cricket in India, this game has been played in our country for atleast 2500 years. It is played with a Gilli – a small stick reduced on both the ends and a Danda – a long stick to hit the Gillis. 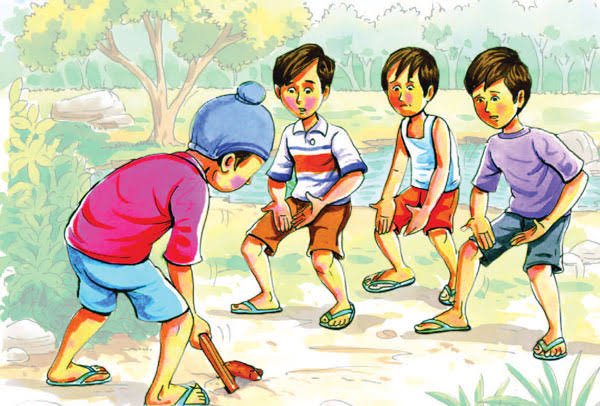 Another game being played in India since pre-historic times, Kho Kho is a game with two innings involving chasers – who sit in a straight line with alternate players facing opposite sides who tag along to catch the runners entering the field one at a time. This is a common Indian game played in schools and colleges.

Another interesting fact: Kho Kho was invented in Maharashtra! 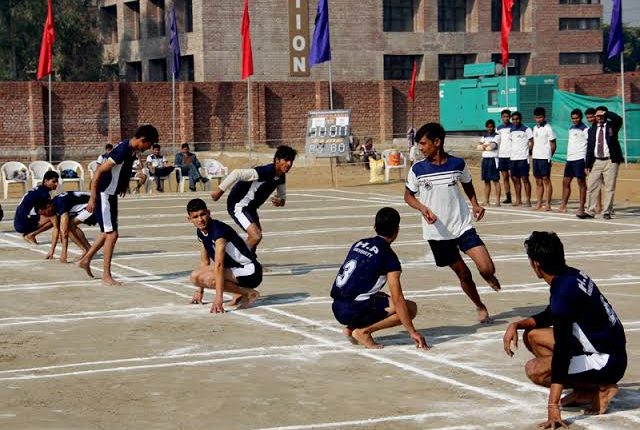 Did you know that religious texts mention Lord Krishna playing this game with his friends? Known by different names in different parts of the country, Pitthhu was probably India’s favorite outdoor game till the 90s. Played with a pile of seven tones by two teams – seekers and hitters, the game starts when a player throws a ball to knock the stones. The seeking team needs to restore the pile of stones while the hitting team throw the ball at the members of the seeking team and hit them. The players who have been hit by the ball is out and the seeking team continues without the player. 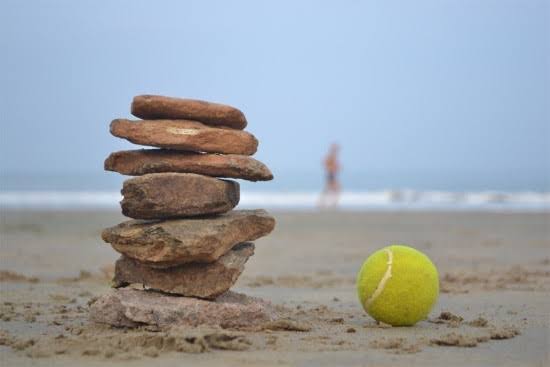 Played in numerous ways and variations, this has been a favorite game of Indian kids. The game often involves rules where one player hits the marbles of other players on the ground and claims them to win the game. 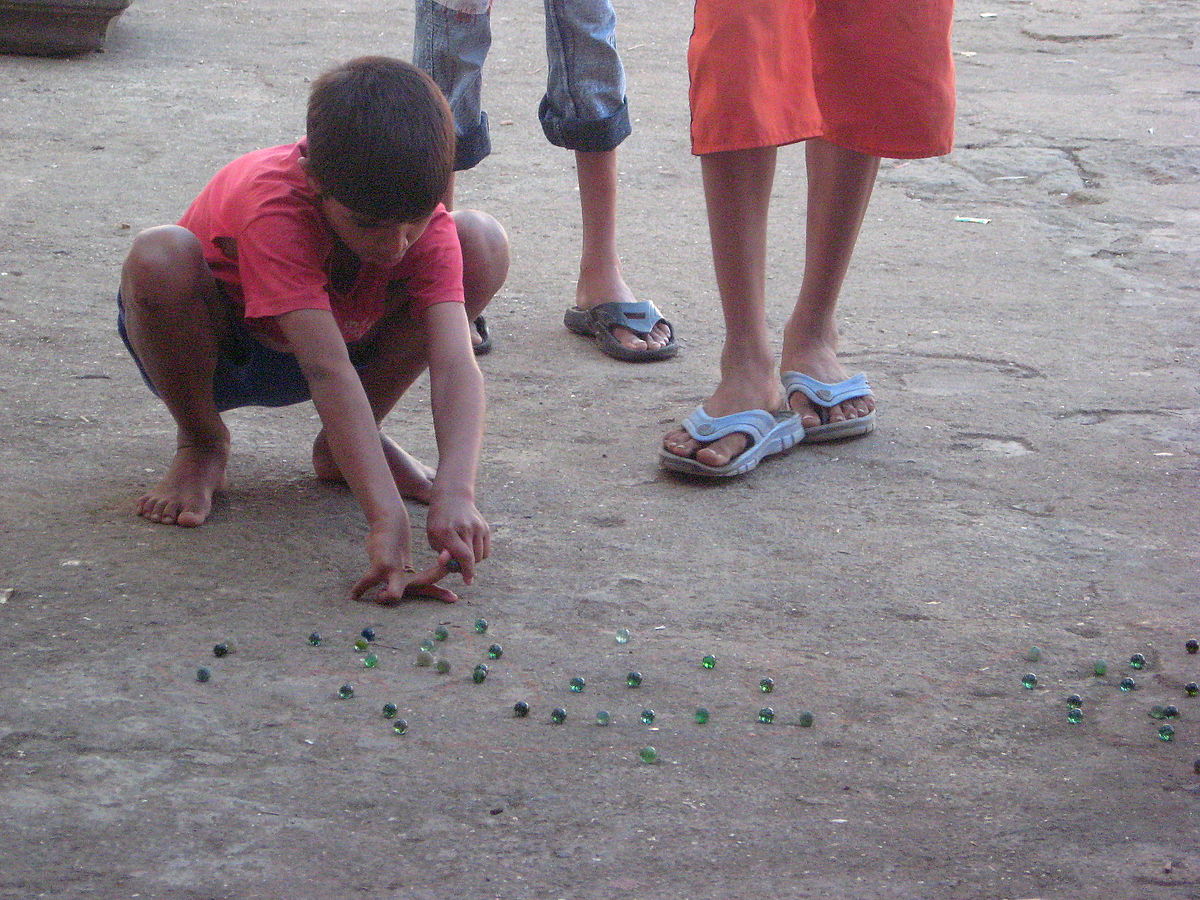 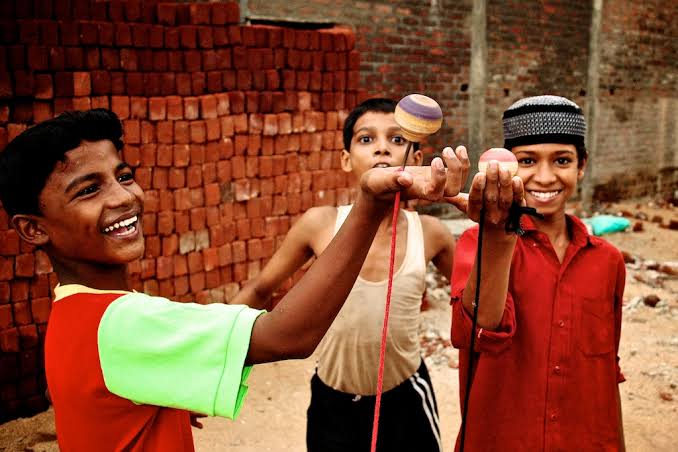 A traditional Indian sport that originated in Maharashtra, Langdi has now received a national recognition and there’s a national championship for this sport. It is played between two teams – chasers and defenders. The chasing team send chasers to the other side who have to hop on one foot and tag the defenders. 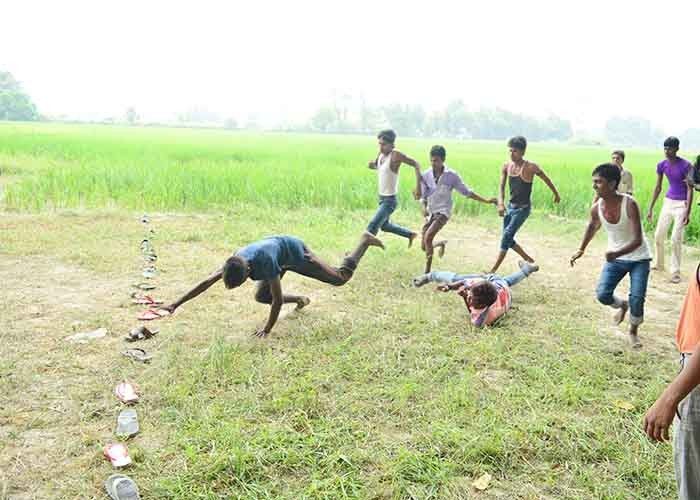 A game that every kid born in the 90s or before would have played, Raja Mantri Chor Sipahi was one of the most exciting indoor games that involved some kind of role playing. The rules are as simple as it could get. It is a 4 player game generally though renditions exist to accomodate more players.

Each player has to pick up a chit and the players who is the Mantri (ministers) has to reveal his chit and guess the thief. The minister receives his points only if he guesses the thief correctly else the  minister gets no points. If the thief is guessed correctly, the player who has the thief – chit gets no points. This game continues for several rounds until the final total is calculated to declare the winner. 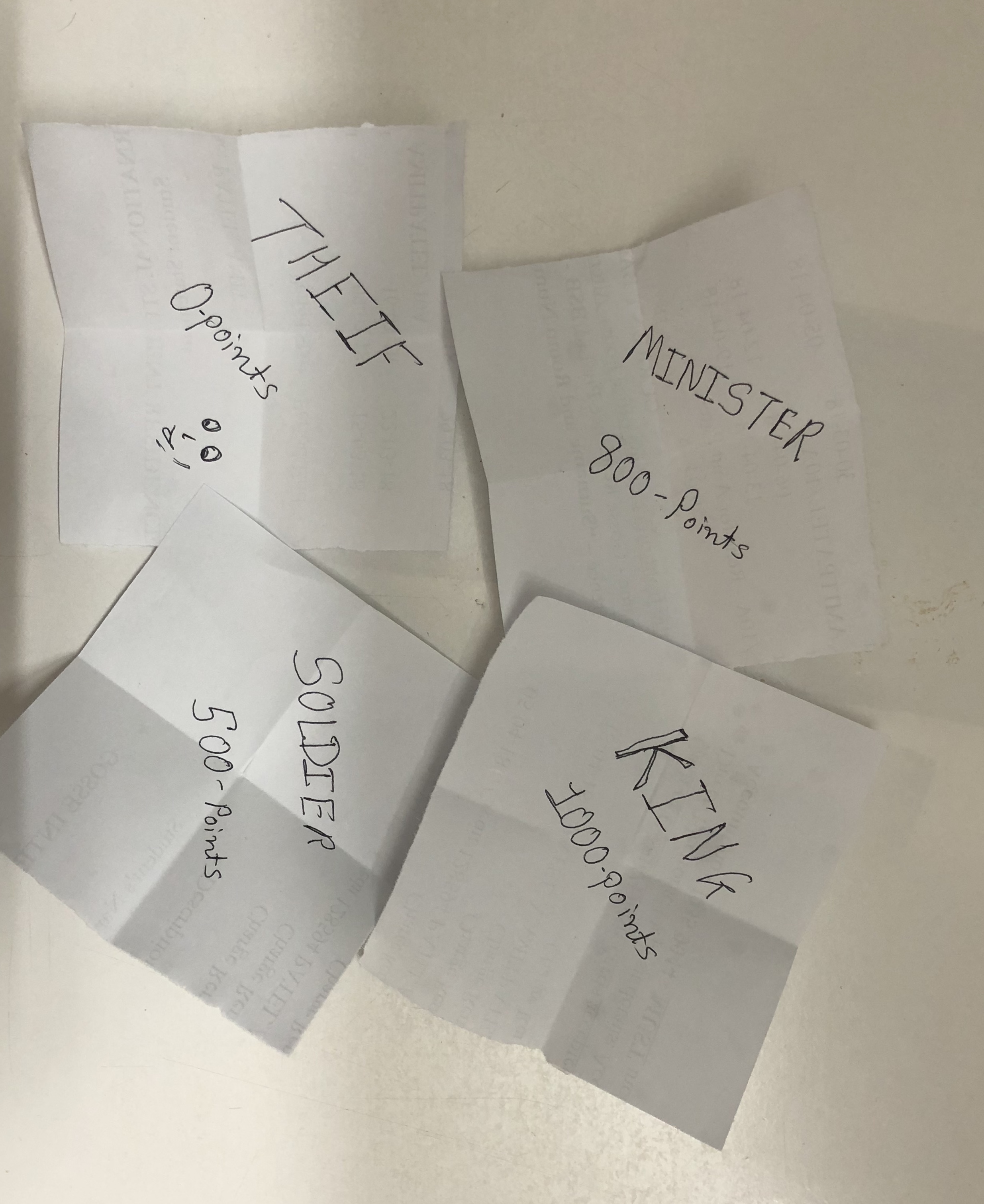 A fun game played by kids, one players could touch other participants and freeze them saying aloud – Vish while his other team members could rescue him by touching him and saying Amrit. The game ended when everyone froze. 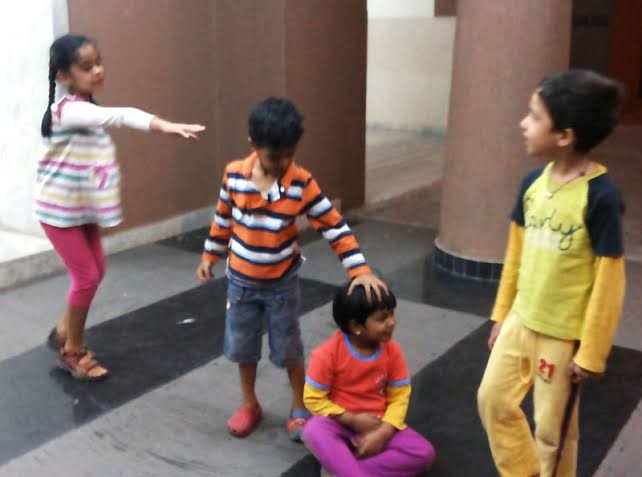 Blindfold and try to catch the other players. Aankh Micholi is a simple and friendly game all of us must have enjoyed as kids. 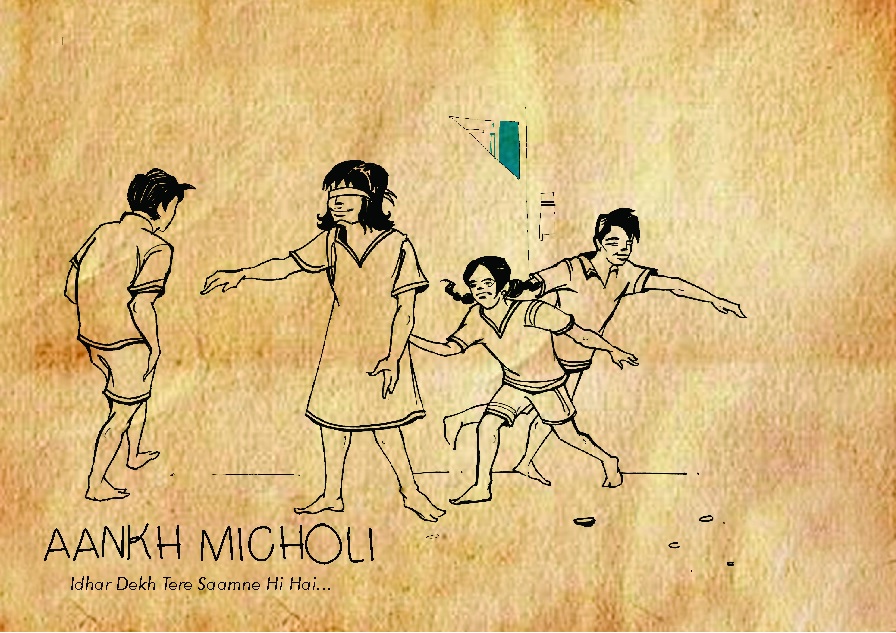 A favorite pastime in junior school, this game was simple while also increasing our general knowledge a little. 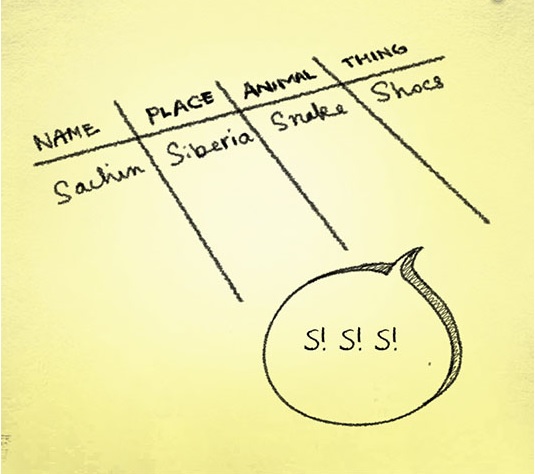 Another favorite amongst kids during free periods and lunch time, the rules were simple – Knock your friend’s pen off the desk with your move!

Necessity is the mother of invention and Book Cricket is a game that stands true to this proverb. It’s a simple game of randomly opening page numbers of a book in turns and the page number deciding your score for the turn. 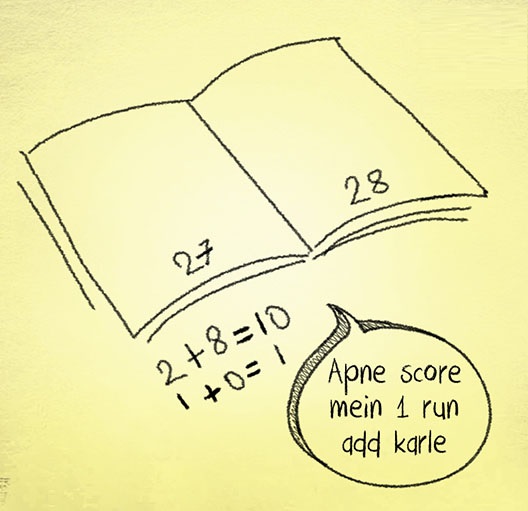 With the advent of cable television in India, WWE made its way to millions of homes in India. And then came the WWE cards. While the WWE was advised not to be practiced at home, children had their share of fun by ‘clashing’ WWE superstars in a card fight with their stats. 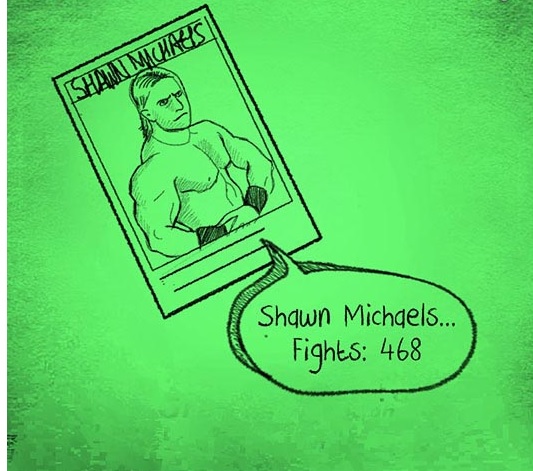 Another non-competitive and simple game, Tipi Tipi Tap Tap was a favorite amongst kids. 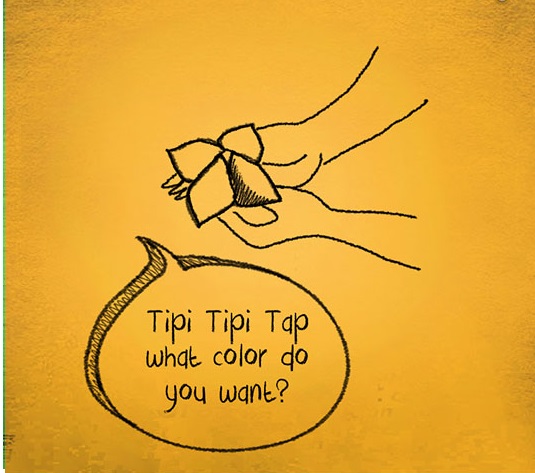 This game involved two sets of people standing opposite to each other and placing a hanky or a ball (bone) right in the middle of the two groups. Each player of a team is designated a number and the same number is also given to a player of the opposite team.

On calling the number aloud by a referee, the players with those numbers run towards the bone. The task is to take the bone and return to your original spot but not be touched by the other player with the bone in hands.

A point is awarded to the team whose player successfully gets the bone or touches the opposite player who are trying to run away with the bone. 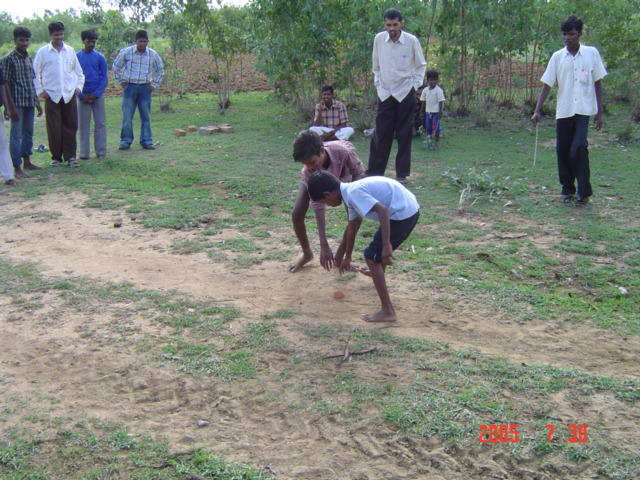 A game played like the London bridge, two kids hold their hand upwards making a bridge and singing a sing while other players have to pass through it. Whenever, the song finishes the hands are brought downwards and the person trapped in between is imprisoned.

It’s a non-competitive game with no winners or points but just fun!

In case you forgot the lyrics of the song we recited, here you go… 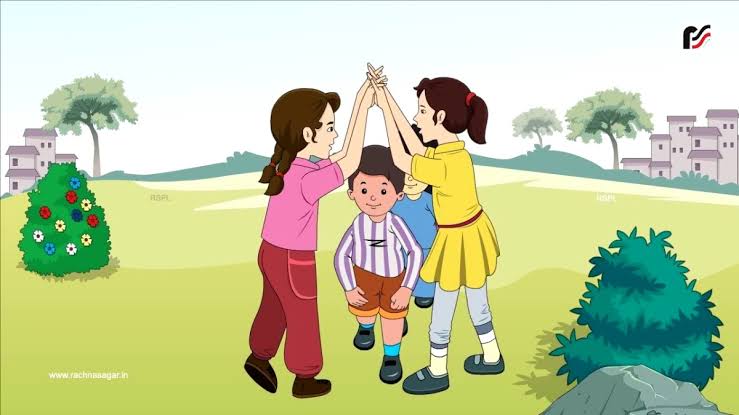 We hope you had a trip down your memory lane with these nostalgic Indian games we played as kids. Which one used to be your favorite?