After a long, tiring, and, busy day, all you want to do is rest and watch something to lighten the load on your shoulders. What better than our very own Indian and super relatable comedy web series that are available in a range of places, from Amazon Prime to Netflix? We have collated a list of the best Indian comedy web series that will get you ROFL!

1. Panchayat
A comedy-drama that follows Abhishek, an engineering graduate who, due to a lack of better career opportunities, accepts a position as secretary of a Panchayat office in a distant village in Uttar Pradesh. 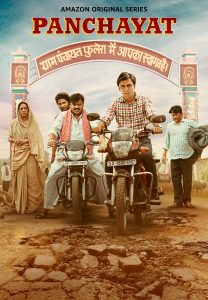 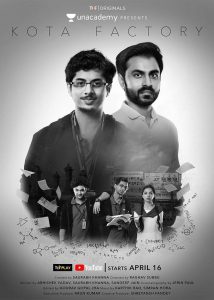 3. Home Shanti
A middle-class family wishes to construct a home that reflects their actual feelings. However, it follows it up and down, and all of the problems appear in the line. 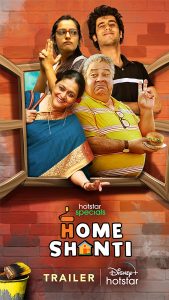 4. Pushpavalli
Pushpavalli failed to understand restraint, boundaries, and animal rights in the first season. Pushpavalli’s innocent crush on charming Bhindi exporter Nikhil Rao became an obsession. Pushpavalli set herself up to be humiliated and screamed at by everyone around her, from kidnapping Nikhil’s puppy to injuring her leg to garner his attention. Pankaj, her boss and childhood friend, encouraged her to return home to Bhopal, hurt and distressed. Did she? No. Instead, she put surveillance cameras at Nikhil’s home. 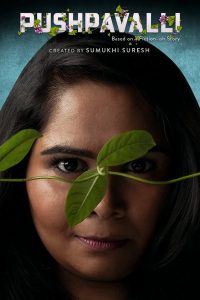 5. What The Folks
‘What The Folks’ is a story about how modern families are defying stereotypes, bridging generation gaps, and learning to love one another while having vastly different worldviews. Once you watch it, you will understand why this was added to our list of the best indian comedy web series! 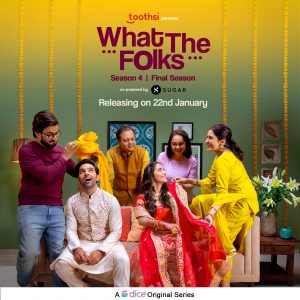 6. College Romance
While attending college together, three best friends looking for love, fun, and some lifelong experiences. The amount of fun you have while watching this warrants it being on this list of the best Indian comedy web series! 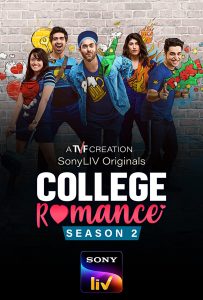 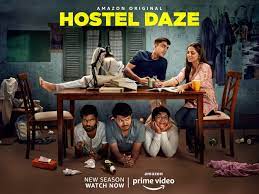 8. Tripling
Divorced, unemployed, and hopeless. A road trip is planned by three siblings. Chitvan, Chandan, and Chanchal They embark on a funny adventure to discover themselves and their relationships. 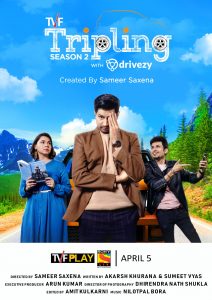 9. Gullak
Gullak is a compilation of disarming and sympathetic tales of the Mishra family set amid charming by-lanes in the heart of India. The series follows the Mishra family, which includes Santosh and Shanti Mishra, as well as their kids Anand “Annu” Mishra and Aman Mishra, and stars Jameel Khan, Geetanjali Kulkarni, Vaibhav Raj Gupta, and Harsh Mayar in the key characters, with Sunita Rajwar as their neighbour. 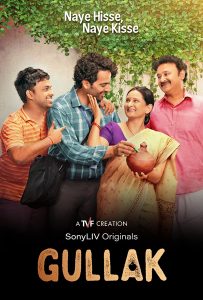 10. Pitchers
Naveen Bansal, Jitendra “Jitu” Maheshwari, Yogendra “Yogi” Kumar, and Saurabh Mandal, four buddies, enter the corporate world by starting their own company. Naveen becomes enraged after not receiving an assignment from his employer, gets drunk, and resigns. When he is given a position in a Beijing branch office, he is faced with a decision. 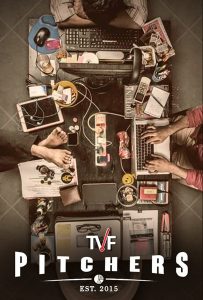 11. Bang Baaja Baaraat
Two people from extremely different backgrounds fall in love and desire to marry, but only with the permission of their parents. Three days before the wedding, they meet with their respective parents and everything goes crazy. 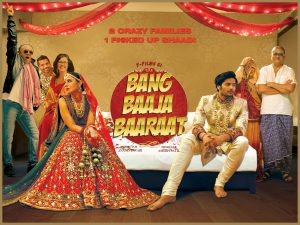 12. Humorously Yours
The show covers the life of stand-up comedian Vipul Goyal. “The drama beneath the comedy,” as the tagline puts it. 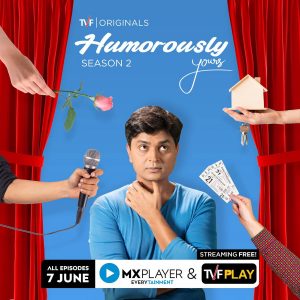 13. Permanent Roommates
Permanent Roommates tells the story of Tanya, who is apprehensive of commitment, and Mikesh, her overeager long-distance boyfriend who returns to India from the United States to surprise Tanya and propose to her. Tanya refuses to marry Mikesh, despite the advise of her roommate and her own apprehensions about marrying someone she hardly knows. They eventually come to an agreement and decide to live together first. The events that follow—a fallout, reconciliation, and Tanya’s premarital pregnancy—lead to the two of them organising their wedding, which has unintended repercussions. 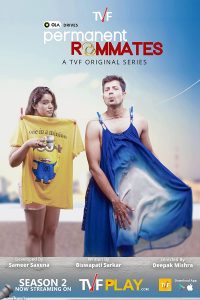 14. ImMature
A 5-episode coming-of-age story about a young man’s various first adventures. Dhruv is 16 years old and eager to mature. Dhruv sets out to woo his first crush, the feisty, out-of-his-league class topper Chhavi, with a little help from his school mates, the wannabe bad-boy Kabir and the colour-blind but doesn’t know it, Susu. In their final years of high school, the trio discovers their first drink, picks their first fight, and mends their first wounded heart. 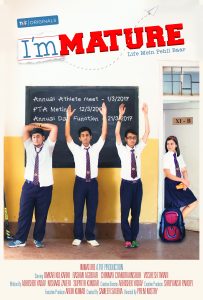 15. Baked
Three old college classmates get together for a road trip to the hills, and each has a hidden goal. Nothing goes according to plan for the boys, from being lost in rural India to being suspected as drug traffickers and being jailed. 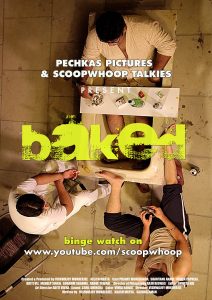 This was our list of the best Indian comedy web series that will give you an absolute laugh riot. Do you think we missed out on something? Let us know in the comment section!

How the World of Online Gaming is Changing