While India’s culture is globally known to be a vibrant mish mash of what is probably a thousand different ways of living, it also no secret that we have got our fair share of bizarre Indian religious cults & practices that may not seem completely rational to someone who doesn’t live here. Well, what can we say? We have it all here.

Aghoris are ascetics who live in crematoriums, often rubbing their body with the ashes of the dead. Their rituals involve using bones from human corpses and they are sometimes reported to even consume human flesh. 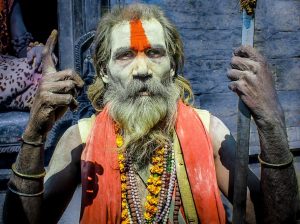 A Hindu sect of ascetics devoted to Lord Shiva, Naga Sadhus remain completely naked throughout their lives. The Naga Sadhus generally stay away from civilization throughout the year, however, are often seen in Kumbh Mela. They are also known to smear ash on their bodies and smoke marijuana. 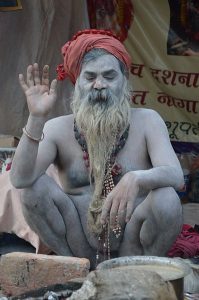 A gang of professional looters and assailants who worshipped Goddess Kali, Thuggees were known to strangle their victims to death with a coin and a handkerchief or a noose after looting them. Travelers and caravans used to be their primary targets.

One of the two primary sects of Jainism, the monks who follow Śvētāmbara dress only in white. They denounce construction of temples and worship of images/idols. They are usually found in Gujarat, Rajasthan, and Maharashtra. 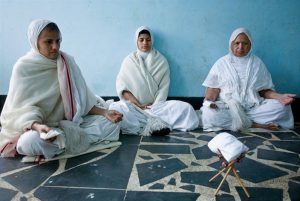 Literally meaning ‘sky clad’,  it is the other prominent sect of Jainism and the monks following this faith remain completely naked throughout their lives cherishing their belief of non-attachment from every materialistic thing. Though only male digambaras remain naked, both men and women sadhvis also practice kaya klesh – the practice of pulling each hair strand by strand from the root. 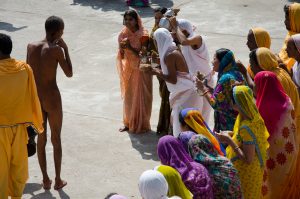 A warrior class of Sikhism, The Nihangs were involved in several ferocious battles in History. They are often seen dressed in plain Navy/electric blue and bright yellow or basanti colors often wielding weapons. They are also proponents of Martial Arts. 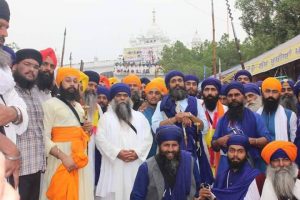 The devotees need to observe a fast of 41 Days of observing celibacy, walking barefoot, dressing up in black/saffron/blue, not cutting hair / shaving beard, following a strictly vegetarian diet, not using any profanities and keeping one’s anger in control, leaving all luxuries and sleeping on the floor before visiting the temple. 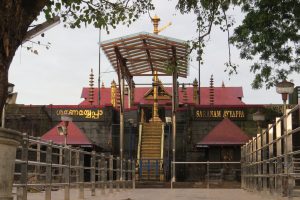 During the worship of Lord Murugan, the Hindu God of war, the Kavadi Aattam is performed as a sacrificial offering. The Kavadi is a physical burden carried by the devotee. 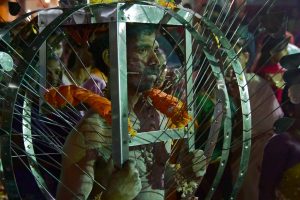 Despite being banned almost a century ago, Devadasis are still an enigmatic presence in the history of India. The Devadasis were female artists who dedicated their lives to serving a deity. They promised themselves to the deity in a ceremony somewhat similar to a marriage ceremony. 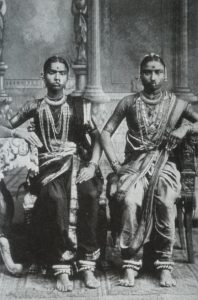 A couple of frogs are married to each other in a traditional ceremony to please the rain gods in India. The frog is often associated with bountiful showers, and is seen frequently during monsoons. In another bizarre twist, two frogs were divorced to stop incessant rains in Madhya Pradesh. 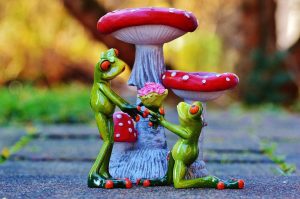 Tree marriages are a common occurrence in India, where brides are required to marry a tree to clear doshas in their Kundali. 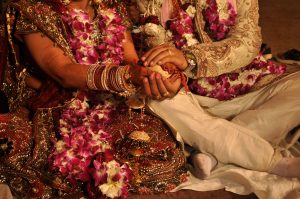 In a village called Handanakerae in Tumkur district, Karnataka, women worship Goddess Gonimaradamma with nothing on except for neem leaves. Despite a ban on this ritual imposed by the state government, the tradition continues.

As the land of Kamasutra, it is rather sad the more regressive ideas about sex India has taken to in recent times. Our ancient texts, our ancient structures, our mythology is evidence that we used to be extremely sex positive as a people. It is not unusual to find graphic sexual imagery on ancient temples all across the country. 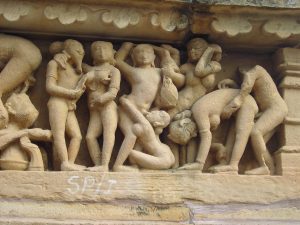 While India is no longer a country of snake charmers, there is simply no denying that snakes, especially Nagas hold a special spot in Hindu mythology and are often associated with various deities. On Naga Panchami, Hindus worship Nagas, and offer milk to their idols. 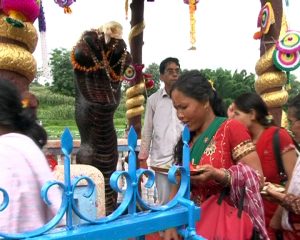 While Bhai Dooj is a normal enough festival, in many parts of India, there’s a bizarre tradition associated with it, where sisters continuously curse their brother. Once Bhai Dooj is over, they prick their tongue with a thorn. This is apparently done because of the story associated with Bhai Dooj, where the sister would curse her brother every day until his marriage, and this ended up saving his life. 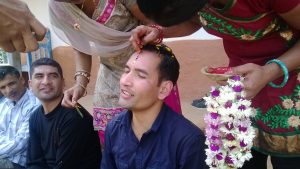 Which of these practices shocked you the most? Comment below to tell us!