OTT platforms did not disappoint with their back-to-back hit releases in 2022. This year too does not seem any different. With several releases scheduled across various OTT platforms only in the month of January, production houses have guaranteed to give us the new year we deserve. We are here with a list of Indian Web series in January 2023 that you might want to look out for.

Produced by our very own BB ki Vines, Taaza Khabar gives Bhuvan Bam the perfect opportunity to present himself on the OTT scene. This comedy-drama series deals with a sanitation worker in South Bombay whose life takes a turn when gifted with supernatural powers. It is set to release on Hotstar on 6th January and is one of the most awaited Indian web series in January 2023. 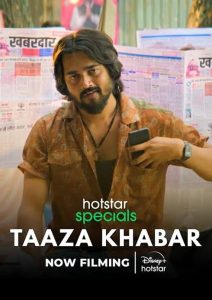 After the success of Shark Tank India S1 in 2021-2022, the Entrepreneurship based reality show is back with much more drama and creativity in the second season. The second season includes a judge panel of Aman Gupta, Anupam Mittal, Vineeta Singh, Namita Thapar, Peyush Bansal and Amit Jain. It is currently one of the most popular Indian shows. It was released on January 2nd and is available on Sony Liv.

Masterchef is back with its latest season just with the right amount of heat and masala. Hosted by chefs Vikas Khanna, Ranveer Brar and Garima Arora, Masterchef S7 premiered on 2nd January and is available to watch on Sony LIV.

A Netflix release, Trial by Fire is a chilling mini-series based on the true events of the Uphaar cinema fire. It follows the journey of two parents dealing with the loss of their kids and fighting for justice. It stars Abhay Deol and Rajshree Deshpande and is set to release on 13th January. 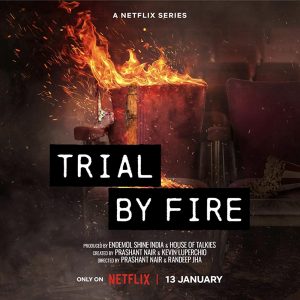 It is an upcoming Tamil anthology series that tells stories that will send chills down your spine. It is a creative masterpiece of George K Anthony who has written, directed and also created this five-episode series. It is set to release on Sony LIV on 6th January.

Choices, Chances and Changes is a Telugu upcoming web series that will be streaming on Sny LIV on the 6th of January. It follows 3 friends who get stuck on an island and deal with the problems the have to face as the aftermath.

Starring the icons of Indian web series- Parambrata Chattopadhyay, Rajat Kapoor, Ritwik Bhowmik, and Harshita Gaur Jehanabad- Of Love & War is an exciting crime thriller that is set to release this month. It is inspired by the true events of the Jehanabad jailbreak of 2005 which has been a topic of various successful movies in the past too.

Give your patriotic spirit boost this Republic Day with this thrilling web series. Jaanbaaz Hindustan ke revolves around Kavya Iyer played by Regina Cassandra whose capabilities as a celebrated IPS officer are tested when she’s handed a case of significant importance. Catch Jaanbaaz Hindustan ke only on Zee5.

ATM is a Telugu-language crime thriller that will keep you engrossed! Set in Hyderabad, the web series deals with four petty robbers that come under the scrutiny of a deadly gangster. Check out ATM releasing on 20th January on Zee5 to follow what happens next! 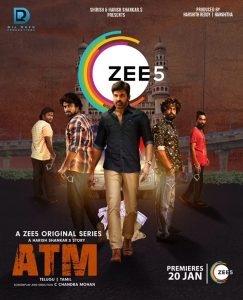 From comedy to thrill and drama, these upcoming Indian web series in January 2023 have given us the assurance that our 2023 is going to be far from bland. Not just in January, but many brilliant releases are scheduled throughout this year. Stay tuned to find out!

Latest Korean Dramas In January 2023 That Will Pique Your Interest