India is a country is a nation with diverse musicality and a lot of music genres. Although a lot of Indian music is still underrated in the West, and often is overlooked at western award shows, but we have had some transcendental artists who have permeated every social barrier and won at music’s biggest stage worldwide. Here is a list of all the Indians who have won at the Grammys so far:

Also Read: 20 Oscar Winning Movies That Deserve To Be Watched Right Away!

One of the foremost names when mentioning the Indians who have won at the Grammys is Pandit Ravi Shankar. Pandit Ravi Shankar was a sitarist and composer from India. He impacted many musicians in India and around the world as a sitar virtuoso who became the world’s best-known exponent of North Indian classical music in the second half of the twentieth century. Shankar received the Bharat Ratna, India’s highest civilian honour, in 1999. Pandit Ravi Shankar, the late Indian classical musician, won a total of five Grammy Awards, making him the Indian with the most Grammy Awards. A Lifetime Achievement Award and an Album of the Year Award are among the honours. 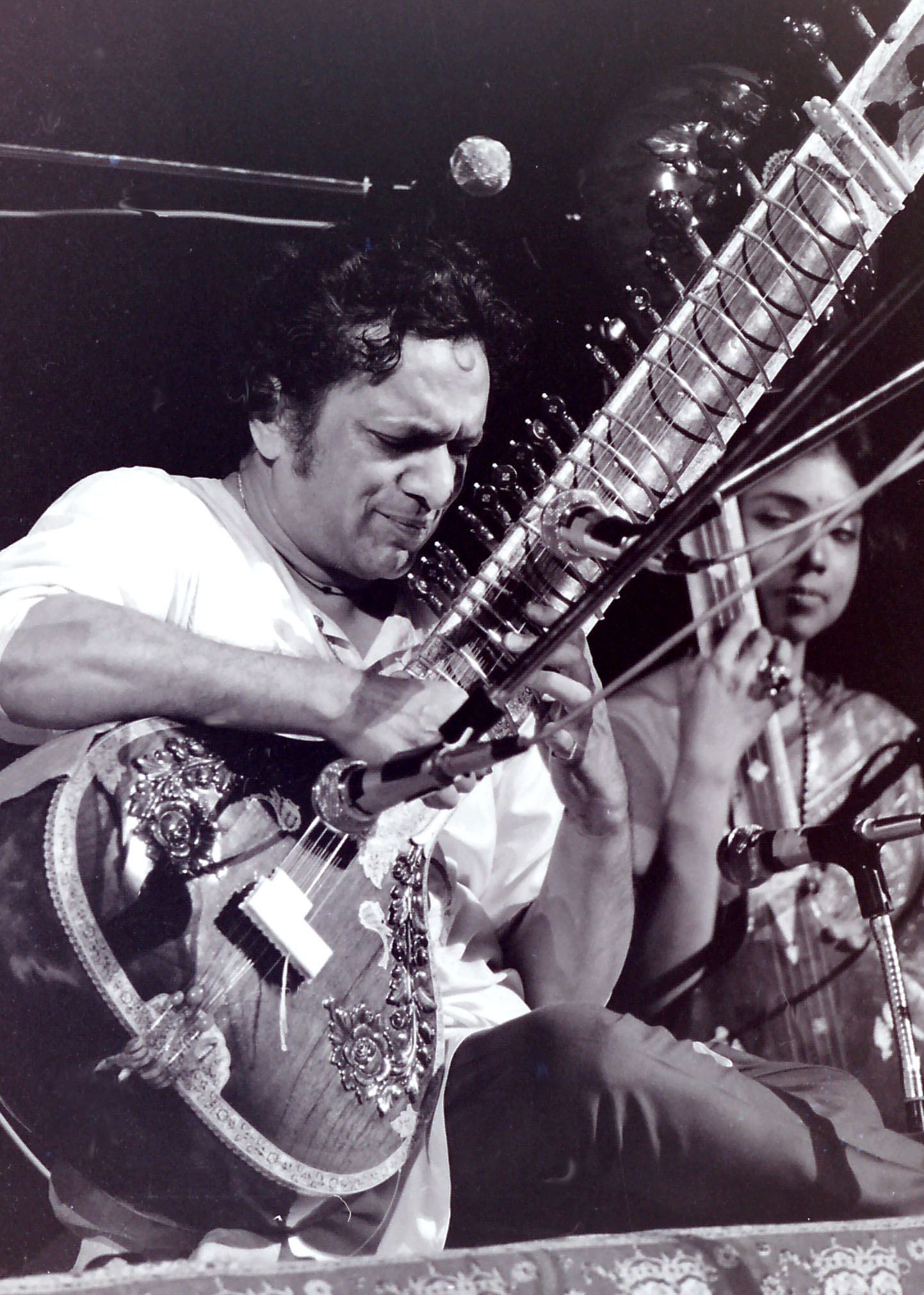 Zubin Mehta is a Western classical music conductor from India. He is the Israel Philharmonic Orchestra’s (IPO) music director emeritus and the Los Angeles Philharmonic’s conductor emeritus. Mehta’s father founded the Bombay Symphony Orchestra, and it was through him that Mehta acquired his early musical training. Throughout his musical career, Zubin Mehta has received five Grammy Awards and numerous nominations in various categories. In 1981, Zubin received his first Grammy for his work on the Isaac Stern 60th Anniversary Celebration in the category of “Best Classical Performance – Instrumental Soloist(s) (With Orchestra).” In the same year, he won the ‘Best Engineered Recording, Classical’ award for the same production. 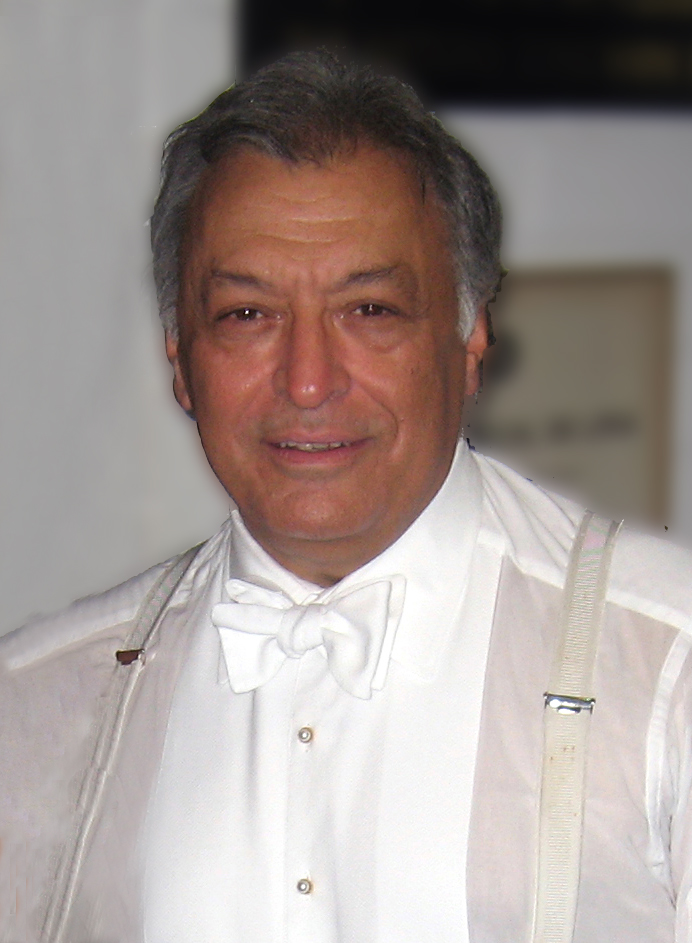 Vikku Vinayakram, also known as Thetakudi Harihara Vinayakram, is an Indian percussionist. He’s also known as the Ghatam God. He is credited for popularising the ghatam, an earthen pot used to play Carnatic music. T. H. Vinakayaram is also the first South Indian musician to win a Grammy for Best World Music Album for his role as a ghatam and morsing player in Mickey Hart’s Planet Drum. He donated the entire prize money to a charitable organisation in southern India. For his work on ‘Raga Aberi,’ he was nominated for a Grammy Award for Best World Music Album in 1996, alongside L. Shankar on the ten string double violin and Zakir Hussain on the tabla. 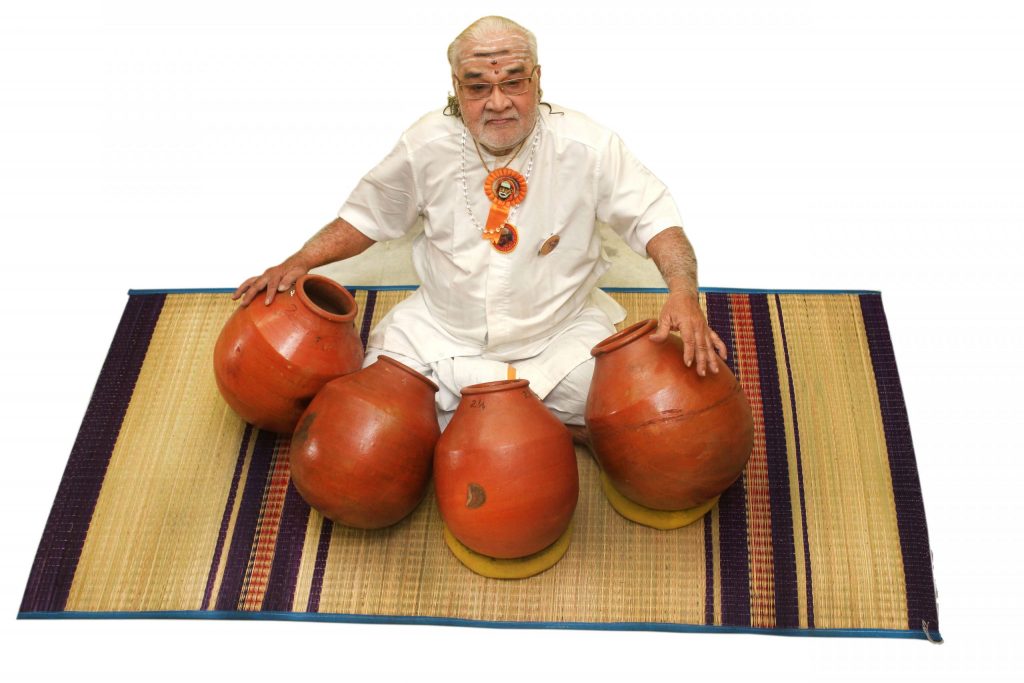 Zakir Hussain is an Indian tabla musician, film actor, composer, percussionist, and music producer. Planet Drum was a world music CD by Mickey Hart, an American musician and musicologist who was a member of the Grateful Dead rock band. Hart’s Grammy-nominated album featured percussionists from all over the world, including Zakir Hussain. The album combined the foreign performers’ various musical genres and traditions into a single global medley. Hussain received his second Grammy in 2008 for his album Global Drum Project in the category of “Best Contemporary World Music Album.” This album’s tracks were made by combining music played on several types of drums, other instruments, human voices singing and chanting, as well as electronic samples and digitally produced noises. 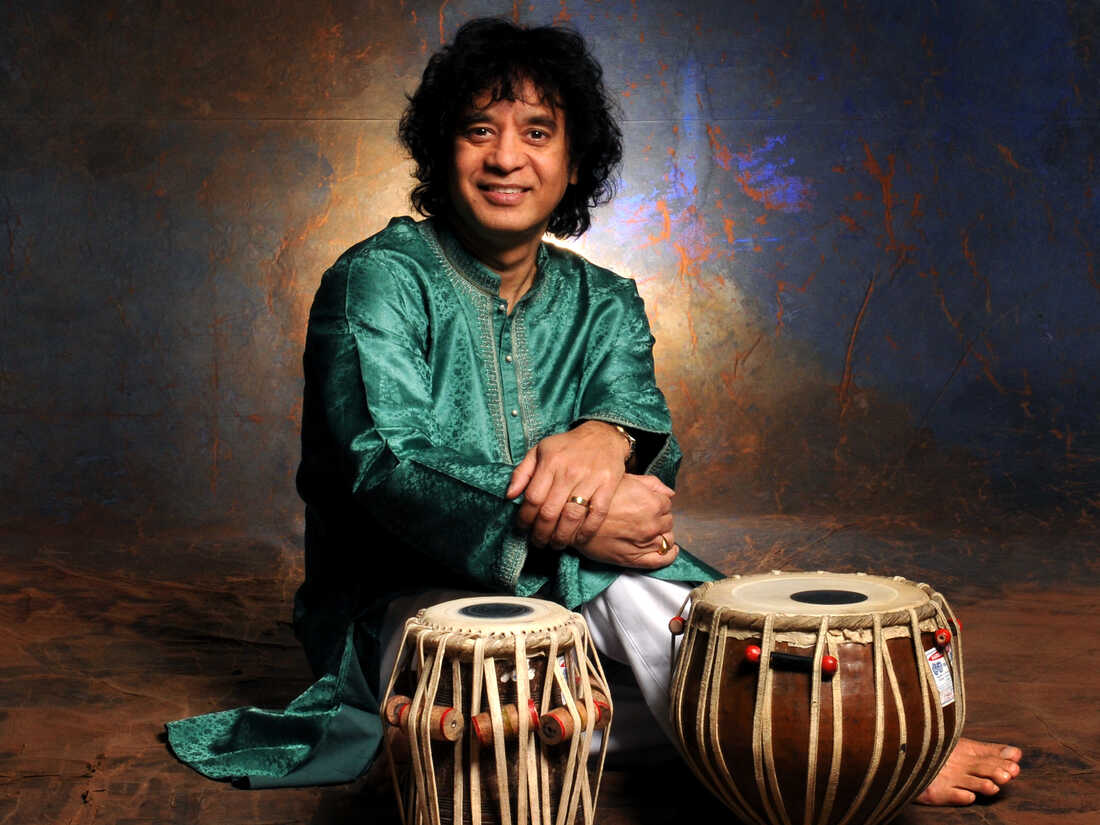 Pandit Vishwa Mohan Bhatt is a Mohan Veena (slide guitar) virtuoso and a Hindustani classical music instrumentalist. He comes from a long line of musicians that can be traced back to Mughal emperor Akbar’s court musician Tansen and his mentor, Hindu saint Swami Haridas Bhatt. Bhatt won a Grammy in 1993 for his collaboration with American artist Ry Cooder on the album A Meeting by the River in the category of “Best World Music Album.” Water Lily Acoustics was the label that released the album. Throughout his illustrious career, Bhatt has cooperated on fusion and pan-cultural musical ventures with Western performers such as Taj Mahal, Béla Fleck, and Jerry Douglas. 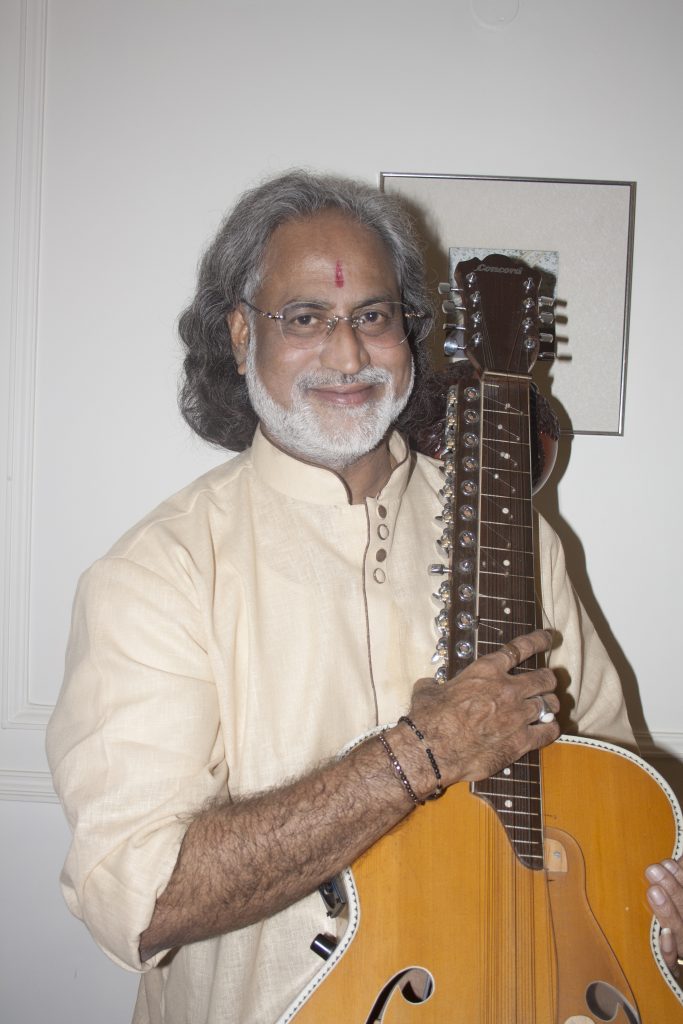 Allah Rakha Rahman is an Indian film composer, record producer, vocalist, and songwriter who primarily works in Indian (especially Tamil and Hindi) and occasionally international movies. Six National Film Awards, two Academy Awards, two Grammy Awards, a BAFTA Award, a Golden Globe Award, fifteen Filmfare Awards, and seventeen Filmfare Awards South are among Rahman’s many accolades. Rahman won the Grammy Award for Best Compilation Soundtrack Album in 2008, alongside sound engineer H Sridhar and mix engineer and record producer PA Deepak, for the Oscar-winning film Slumdog Millionaire. He also got a second award for the same film in the category of ‘Best Song Written for Visual Media,’ which he shared with Tanvi Shah and Gulzar, the famed lyricist, poet, playwright, and screenwriter. He is one of the most important Indians who have won at the Grammys. 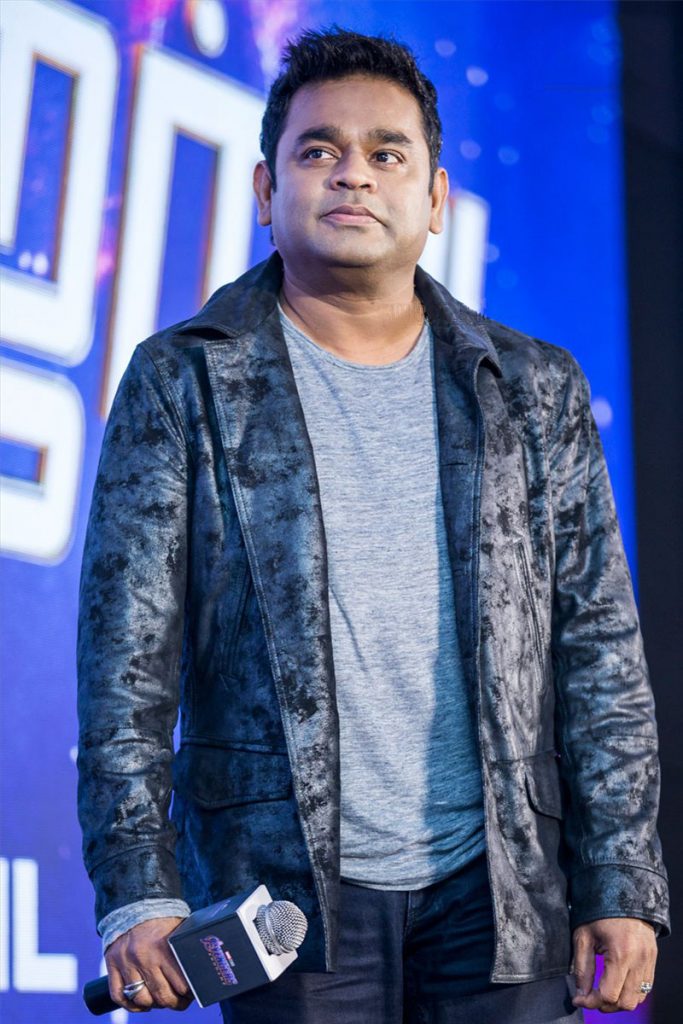 H. Sridhar (Sridhar Hariharan/H.Padmanabh) was an Indian sound engineer best known for his collaborations with A. R. Rahman, an Indian musician. Sridhar worked at Media Artists Chennai as the Chief Audio Engineer. He began his professional sound engineering career in 1988 as a mathematics graduate with a significant interest in electronics and formal music training. He collaborated with directors such as Mani Ratnam, K Balachandar, Bharathiraaja, Shankar, Kamal Hassan, P C Sreeram, Priyadarsan, Sibi Malayil, and Ramgopal Varma on nearly 200 films. For his work in the film Slumdog Millionaire, H Sridhar, Chief Audio Engineer of Media Artists, earned a Grammy in the category of Best Compilation Soundtrack Album For Motion Picture, Television, or Other Visual Media. 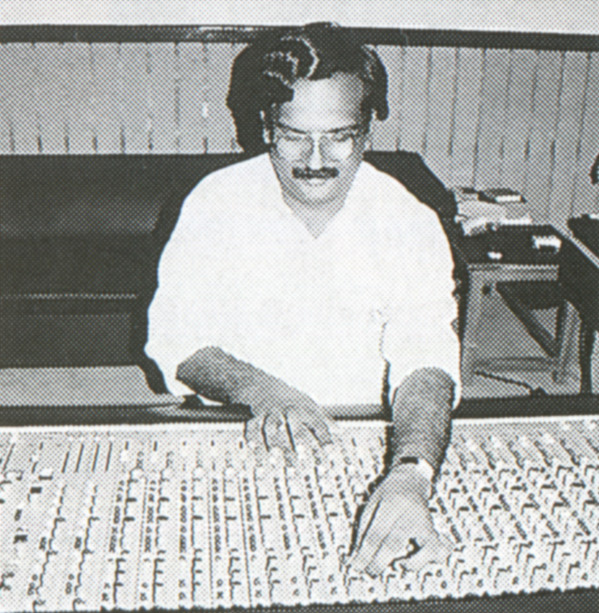 Another eminent Indian who won at the Grammys is P.A. Deepak. P.A.Deepak (Adrushta Deepak Pallikonda) is a record producer and mix engineer. For the film Slumdog Millionaire, he earned the Grammy Award for “Best Compilation Soundtrack for Visual Media” in 2010. Deepak was also awarded a Certificate of Honour by The Song Academy in 2015 for his work as a Surround Mix Engineer on the Grammy Award-winning recording Winds of Samsara, which won the Grammy Award for Best New Age Album at the 57th Annual Grammy Awards. 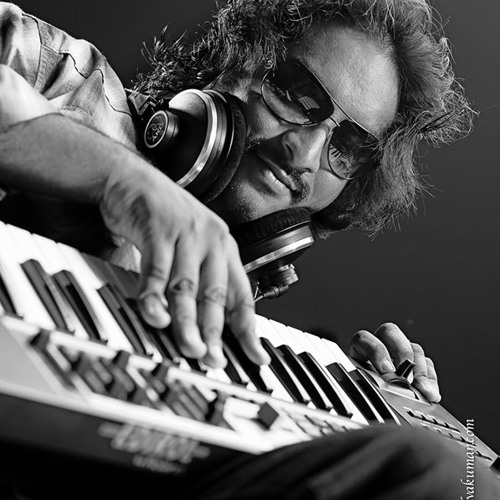 Tanvi Shah is the first woman from India to receive a Grammy Award. Tanvi was born in the Indian state of Tamil Nadu on December 1, 1985. She has performed in Tamil, Hindi, and Telugu films. She also sings in Arabic, as well as Spanish, Portuguese, and other romance languages. Her debut song, “Fanaa,” was written for the film Yuva. In the 52nd Grammy Awards, she shared the Grammy Award for Best Song Written for Visual Media with A.R. Rahman and Gulzar for the song Jai Ho, for which she wrote the Spanish lyrics. She also earned the BMI Award in London in 2009 for the same, as well as the World Soundtrack Award (2009), which she shared alongside Rahman and Gulzar. 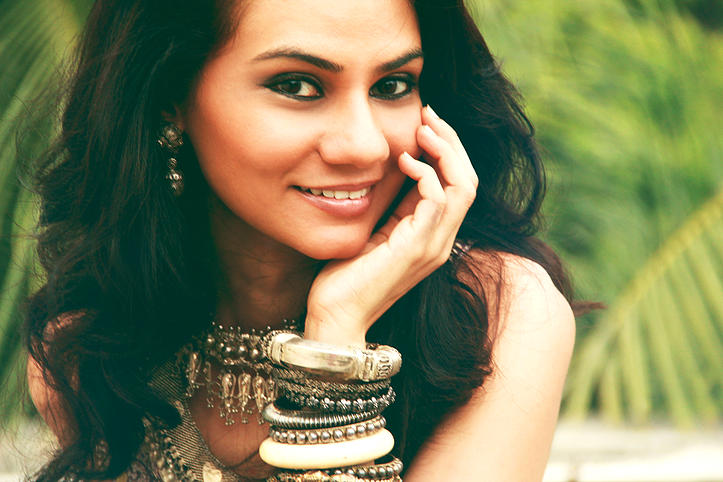 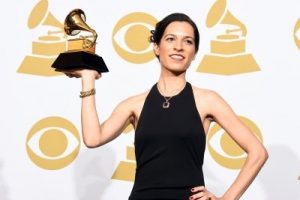 Ricky Kej is an Indian music composer and environmentalist who has won multiple Grammy Awards. He’s performed in over 30 nations, including the United Nations’ New York and Geneva offices. In 2015, Kej and Wouter Kellerman, a well-known South African flautist, producer, and composer, received their first Grammy for their collaborative album Winds of Samsara in the ‘Best New Age Album’ category. Kej received his second Grammy in the ‘Best New Age Album’ category for his 14th studio album Divine Tides, which he shared with American musician and composer Stewart Copeland at the 2022 Grammy Awards, adding another feather to his cap. 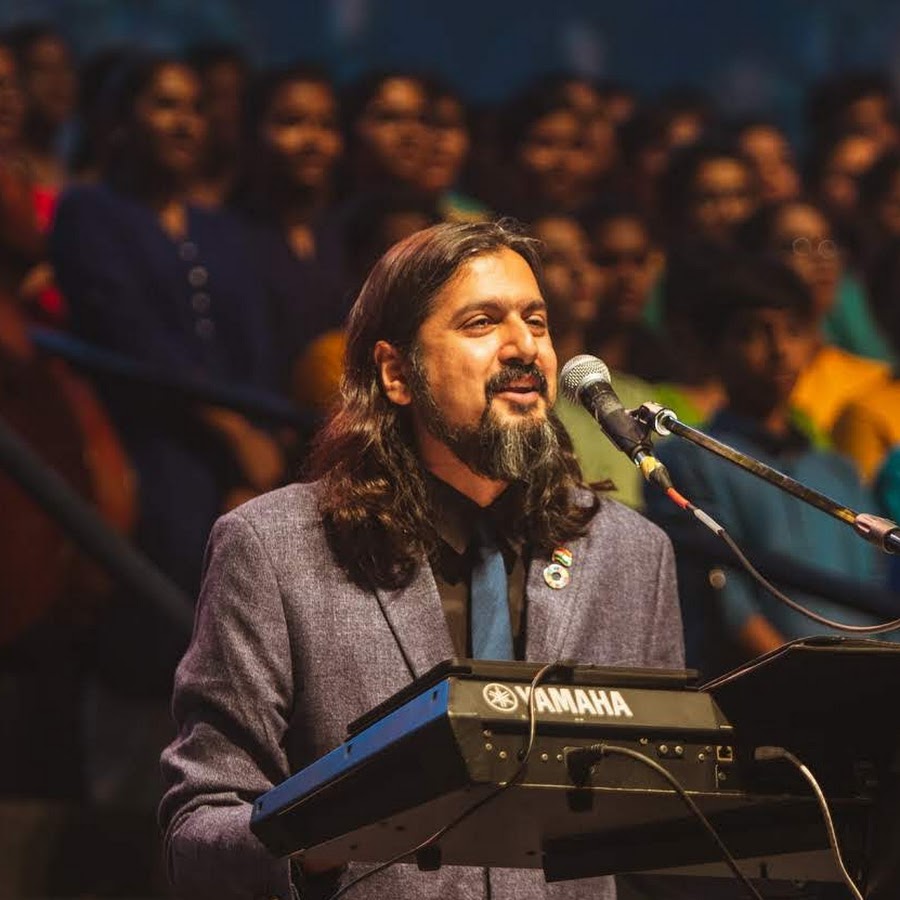 Falguni ‘Falu’ Shah, an Indian-American singer, received a Grammy for A Colourful World in the ‘Best Children’s Album’ category in 2022. Shah has worked with international musicians such as Wyclef Jean, Philip Glass, Ricky Martin, Blues Traveler, and Yo-Yo Ma over the course of her exciting music career. She was trained in the Jaipur musical tradition and the Banaras style of Thumri under legendary sarangi and vocal master Ustad Sultan Khan. Previously, the vocalist worked with maestro AR Rahman on the Oscar-winning film Slumdog Millionaire. Shah has been nominated for a Grammy in the same category in 2018 for her album Falu’s Bazaar. She is frequently cited among prolific musicians and is one of the famous Indians who have won the Grammys. 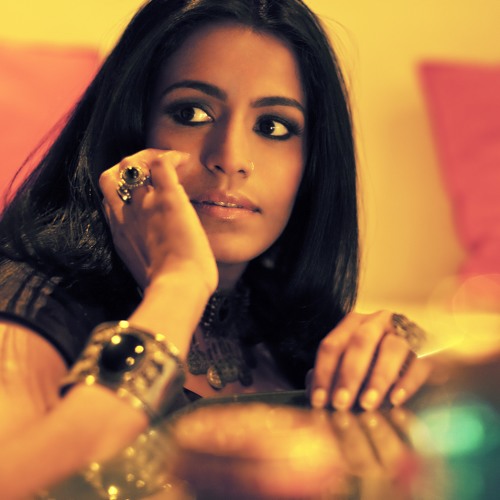 We hope that more Indians steer clear of ever present barriers and win awards in a global space as respectable as the Grammys, and we respect the extreme hard work and diligence of the ones who have won so far and continue to be the shining light in the world of Indian music.