When I say that for most millennials, indoor family games were the best memories from their childhood, I’m not kidding one bit. While most kids today do not understand the concept of being bored, thanks to their parents shoving a phone in their face every time they throw a fit, our lot had it more difficult. We had to resort to actually doing things in order to entertain ourselves. With no smartphones and computers with limited functionality, we spent much of our leisure time playing games with our siblings and cousins. And looking back, it was easily some of the best time we spent as kids. This is why it is important to keep in touch with these traditions. These board games are so much more fun than being on one’s phone, and one has to experience it to know it. Here are 15 indoor family games you can enjoy with your loved ones.

Also read: 15 Indian Games We All Loved Playing In Our Childhood

Ludo is a much loved board game in India that involves two to four players who are each assigned a particular colour, and race their tokens through the game track into the home square, corresponding to their tokens’ colour. The player whose all four tokens reach the home square first is the winner. 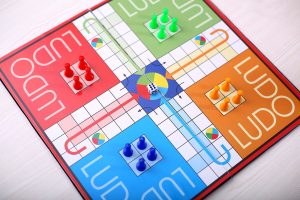 A game for people who love to test their vocabulary, Scrabble is a board game for two to four players. Each player is given a number of tiles that are assigned with various alphabets, and each alphabet has a different score. The players are required to form words with the alphabets they draw from their pile of tiles for each turn. They are scored on the basis of the sum of the points of each alphabet they use, the square in which the tile has been placed, and the tiles adjacent to a players tiles. Extra points are also given if the player extends a word already on the board by adding more tiles to it. 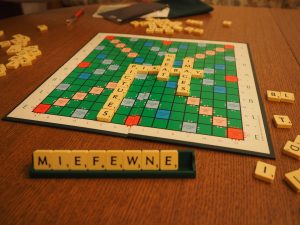 One of the best ways to pass some time is perhaps by playing some card games. And what’s better? There are tonnes of card games to play. You’ll literally never run out of ways of playing cards, which makes them one of the best family indoor games you can play. However, perhaps one of the most popular card games in the world is Uno. Uno can be played between 2 to 10 players. A deck of Uno has 108 cards, divided into four different colours. The first player to score 500 points wins the game. 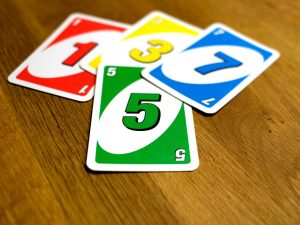 One of the most popular games in the world, Chess is played between two players. The chess pieces are divided into sets of two colours: black and white. The person playing white gets to make the move first. Each set contains 16 pieces, including a king, a queen, two bishops, two rooks, two knights, and eight pawns. Different chess pieces have different movements. For example, a pawn can only move forward one unoccupied square at a time, but if it’s the first move it can move forward 2 squares. It can also capture the opponent’s piece if it is diagonally opposite to it in an adjacent square. 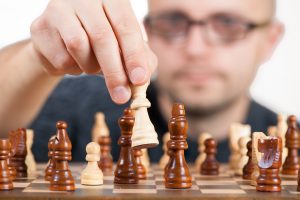 Jenga is a popular board game that can be played by two or more players. From a tower constructed of 54 blocks, players can remove one block at a time. The removed block is then placed on the topmost level without disturbing the tower. The game ends only when the tower falls. 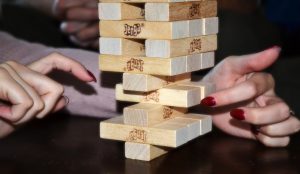 A very popular party game, Musical chairs can be played by a large number of people. As suggested by the name, musical chairs involve music and chairs. There are a limited number of chairs in the beginning, less than the number of players in the game. With each round, a music track is played during which players must run around the chairs without sitting down, and when the track is stopped, the player must occupy a seat. If a player is unable to occupy a seat, they are eliminated. This goes on as long as only one player remains on the chair. 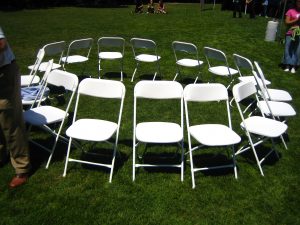 A delightfully simple concept, the game of Pictionary requires nothing more than a pen and paper even though one can buy a kit of Pictionary. It can be played by a group of people in two teams. One player is given a word and is required to draw a picture on the paper (or a whiteboard), prompting the rest of their team members to guess the word from what they have drawn. 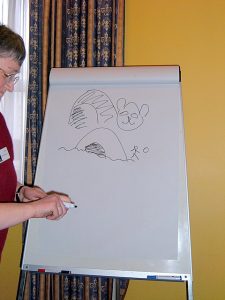 The inspiration behind the game of Pictionary, Charades is a game that can also be enjoyed by different groups. A player is assigned a word that they have to demonstrate to their teammates with the help of acting. Certain hand gestures may also be allowed. The player assigned with the demonstration is not allowed to speak anything during their turn. 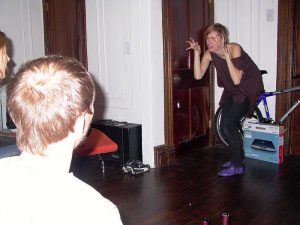 While a legitimate sport in itself, Table tennis can also be played from the comfort of one’s home with the requirement being you have a table, two rackets, and a ping pong ball. While the actual sport does indeed have a number of rules, nothing’s quite as calming as just hitting the ping pong ball back and forth. 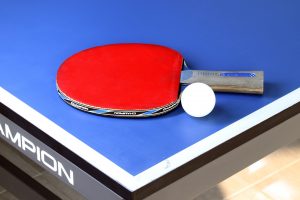 Another wildly popular game in India, Carrom is a game that can be played by two to four people. It is played widely by Indians in clubs and even in the streets. The game involves carrom of two different colours, usually black and white, and pink carrom which is the “Queen.” Players are required to pot carroms to earn points. At the end of the game, the player with the highest points wins. 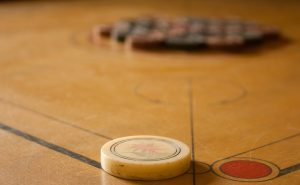 Foosball or table football is a tabletop game that is the miniature version of football or soccer. The table contains a number of rods that have figures attached to them. The player has to manipulate and twist the rods in order to move the ball and score a goal. Foosball is a popular club game. 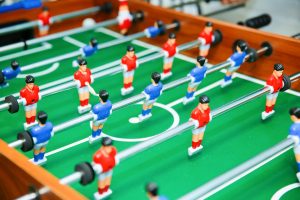 How can one write a list of indoor games and leaves out good old Hide and seek? Best played with children, the rules of hide and seek are simple. One player counts to a specific number with their eyes closed while the rest of the players find a hiding spot. Once the first player has counted to the specified number, they are tasked with finding the rest of the players. 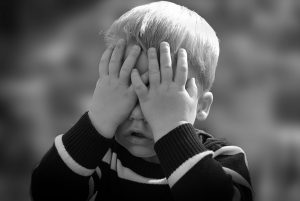 Another simple pen and paper game, Hangman can be played by two or more players. One player thinks of a word, which is then represented by a row of dashes. The other player then has to guess an alphabet that occurs in the word, and if the guess is correct, the other player has to write it in the correct position. If the guess is wrong, one part of the hangman stick figure is tallied off.

Monopoly is one of the most popular indoor family games in the world. It has to be played by at least 2 players. In the game, the players have to roll the dice in order to move forward along the game board whereas they move forward, they buy and trade properties which they then get to develop into houses and hotels. Players can also collect rent from opponents with the intent of driving them into bankruptcy. Players may also end up in jail. 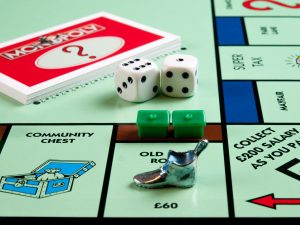 20 questions is a popular spoken parlor game and can be a really fun family indoor game, especially if you want to play it with little kids, as it can help develop their communication skills. In the game, one player is the “answerer” and the rest of the players are “questioners.” The answerer thinks of an object (or a subject, such as a person), and the questioners have to guess what it is by asking questions that can be answered with yes or no.