With FIFA buzzing all over the world, it’s safe to say that we love and live football. This 90-minute sport has lots of action-packed for everyone. It must be a dream of every soccer enthusiast to play in World Cup one day, but only a few breathe it to life. Ever wondered how much hard work your favourite players have put in and the number of hardships they have faced to emerge as football superstars? Well, let us tell you! It’s no child’s play to make it this big in a competitive sport. Hence, we bring you a bunch of stories which will motivate you to chase your dreams no matter what. And, will also give you an insight behind the lives of these remarkable footballers.

1. Your hardest times often lead to the greatest moments of your life! 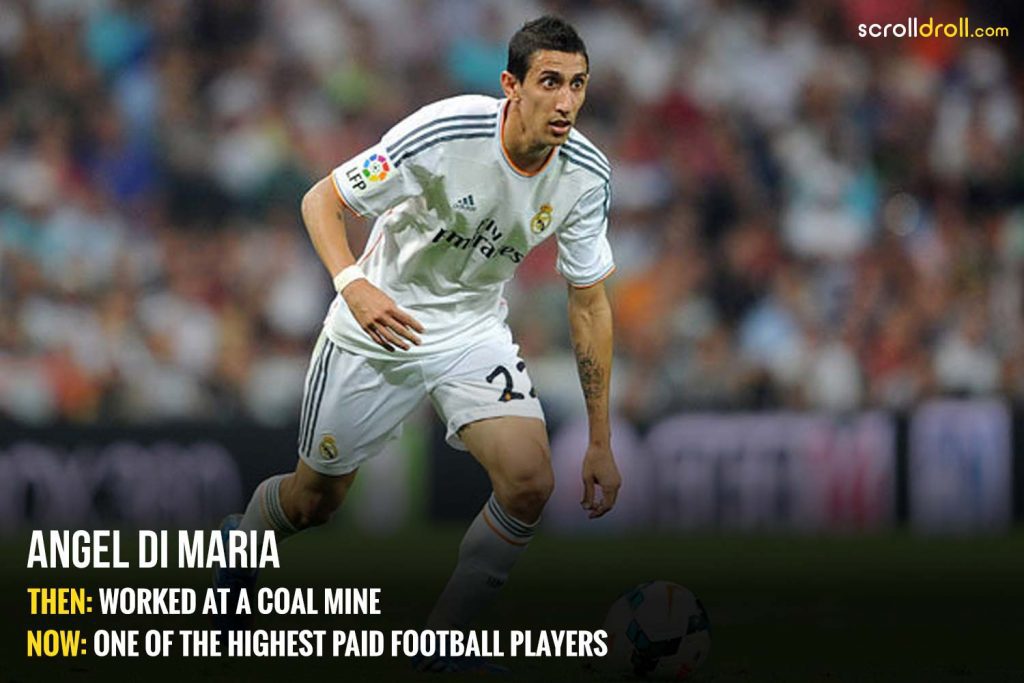 He lived in penury and worked at a coal mine with his sisters and father. As a child, he used to play football on streets and was really good at it. When some reputed scouts spotted his talent and asked him to play, he didn’t charge money but asked for 35 footballs to practice with. In 2014, he emerged as one of the most expensive football players.

2. Stay strong, stay positive, and never give up! 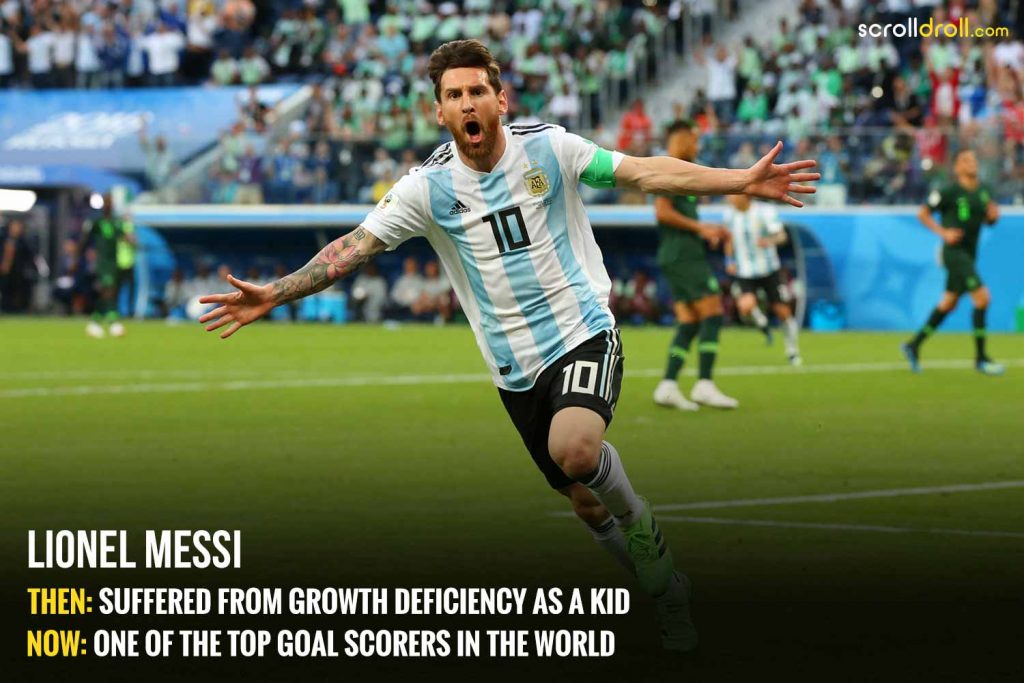 Messi excelled in football since childhood. Because of his short height, he could easily sneak his way to the goal post. But had trouble scoring because of severe growth hormone deficiency. His family couldn’t afford to treat him. When Barcelona discovered Messi, his father gave them an ultimatum stating that he will only let his son play if they fund his treatment. Barcelona agreed and Messi emerged as one of the top goal scorers in the world. 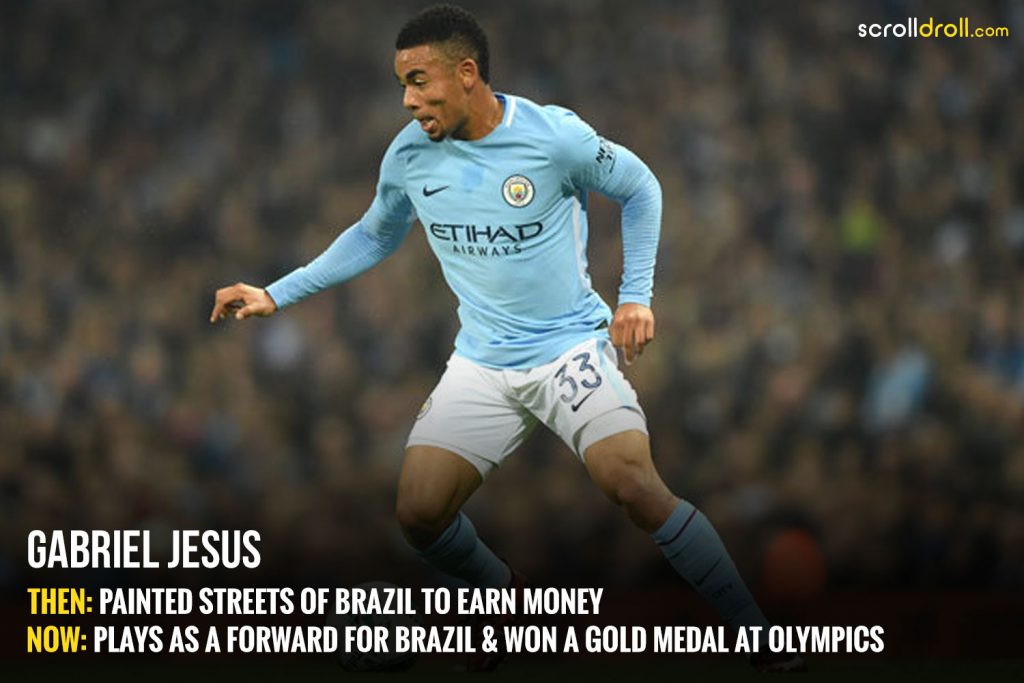 At the age of 17, Gabriel was seen painting the streets of Brazil. It could be easily inferred that a weak financial background pressed him to do it. Little did he know that he’ll soon be painting the future of Brazil’s football team with his tremendous forward play. Later, he also got an Olympic gold medal in 2016. 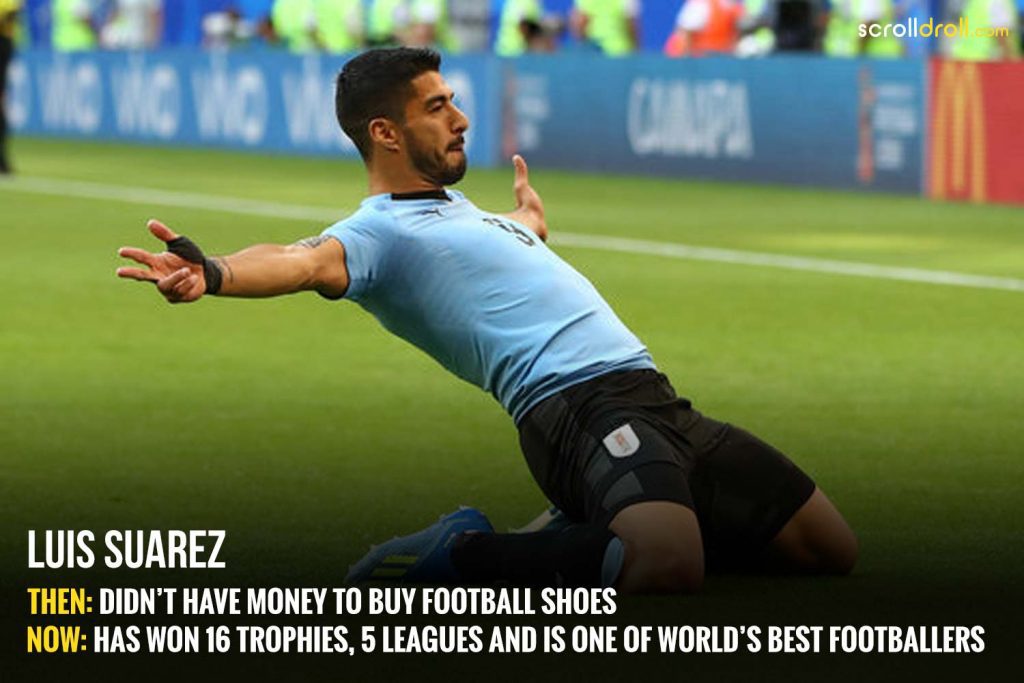 Born in a family of 9, Suarez faced financial difficulties growing up. He shined in football but didn’t have shoes to play the game. When he met the love of his life, she encouraged and infused him with the passion for soccer. Luis, reportedly, picked up coins from the streets to take her out on a date. Now, he is married to her and plays for Uruguay. He has scooped many trophies and is one of the world’s best footballers.

5. Don’t regret the past, just learn from it! 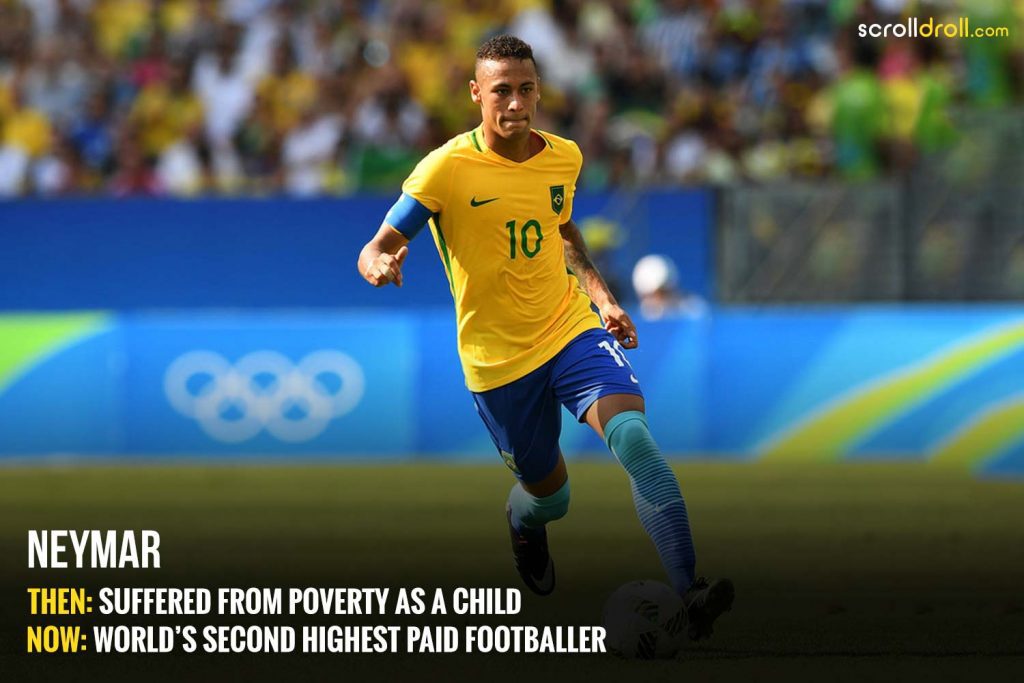 Neymar faced sheer poverty and had an unprivileged childhood. His father worked on three jobs to help his family survive. At times, there wasn’t even electricity in the house. Although, he once lived in a tiny room with his family; he is now one of the most talked about and the second most expensive players in the world. 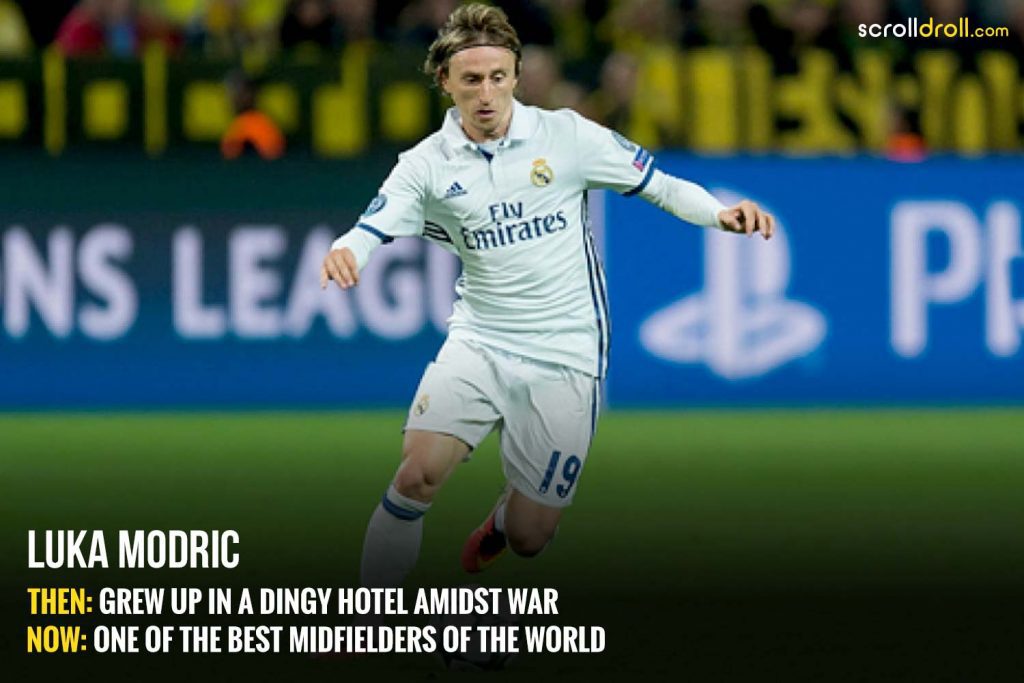 As a Croatian child, Luka lived in a shabby hotel with his refugee family. He faced a war-stricken childhood, as Croatia was a violence-prone area. After overcoming adversities and his lack of confidence, Luka has now become one of the best midfielders in the world.

7. To be the best, you must be able to handle the worst! 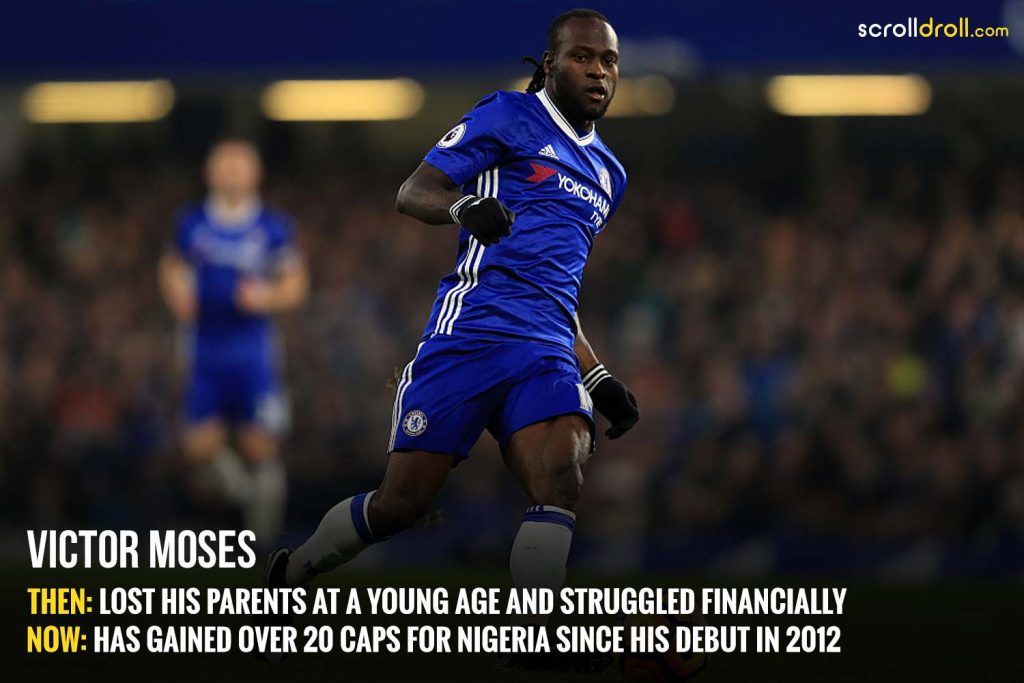 After losing his parents in a religious clash, 11-year-old Moses struggled a lot. Following the tragedy, his relatives gathered some money and sent him to London. He faced difficulties as an orphan in an unknown country but eventually found foster parents. They sculpted a footballer out of him who now plays for Chelsea and Nigeria, garnering 20 caps for the latter.

8. It is never too late to be what you might have been! 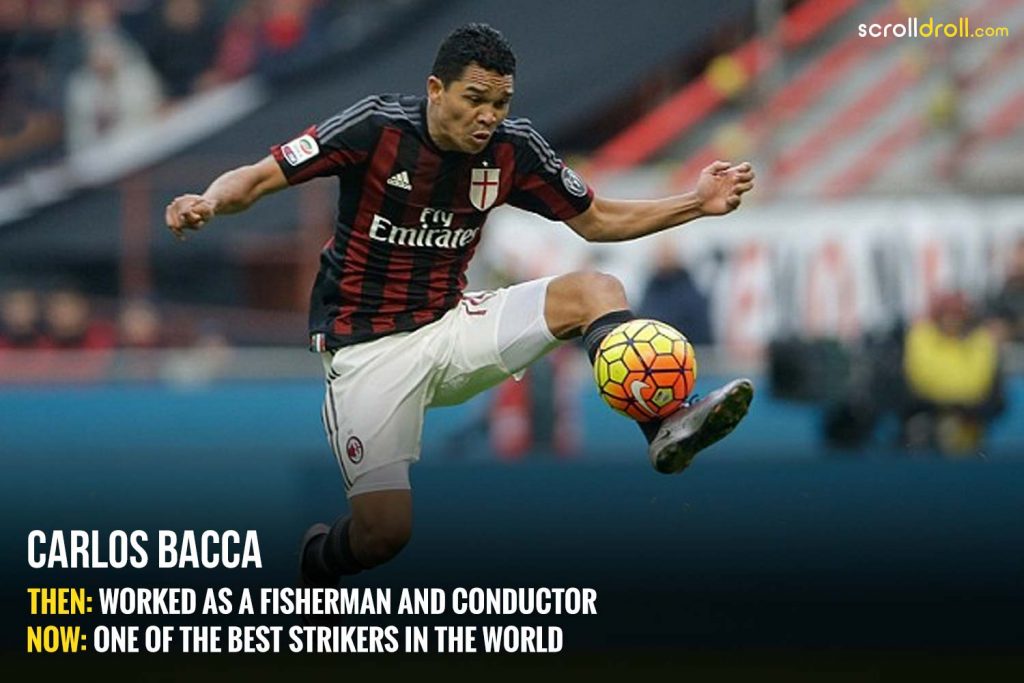 Till the age of 20, Carlos was working as a bus driver’s assistant. As this wasn’t enough for him to make ends meet, he also worked as a fisherman. He played in local tournaments and eventually, got his big break at the age of 23 when he climbed his way to a professional league. Now, he strikes for Columbia and hits it like nobody else.

9. The obstacle is the path! 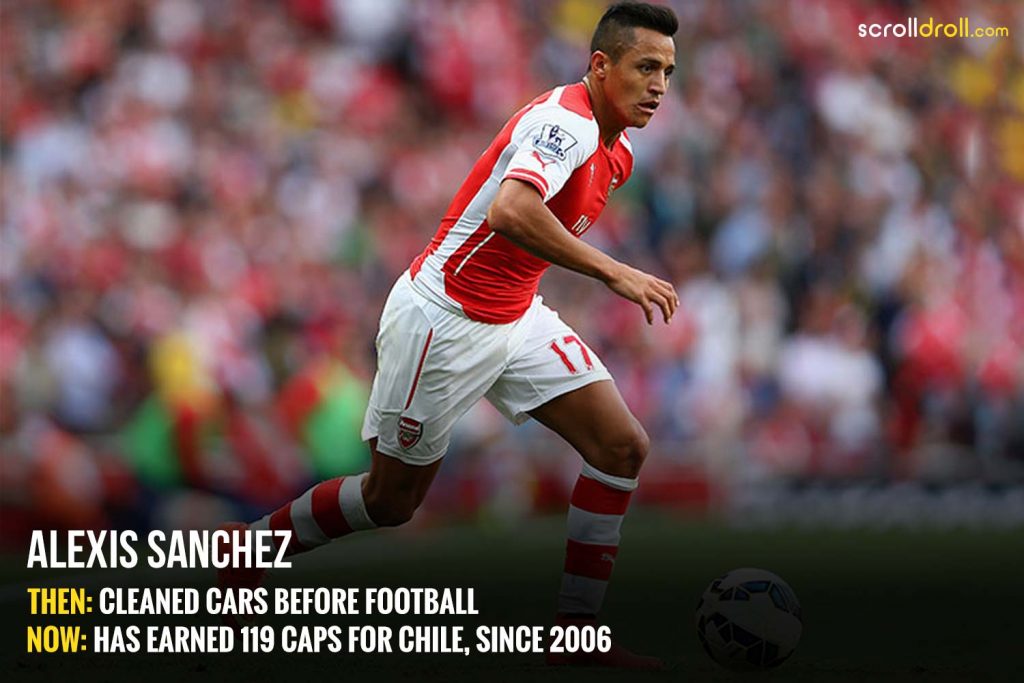 Sanchez was raised by his mother who worked as a cleaner at his school. He struggled really hard financially and had to take up jobs like cleaning cars to survive. Despite these hardships, he grew up loving football and showed exceptional control and pace. At the age of 16, he played for a local club and now sparkles for Chile; earning 119 caps for the team.

10. The best way out is always through! 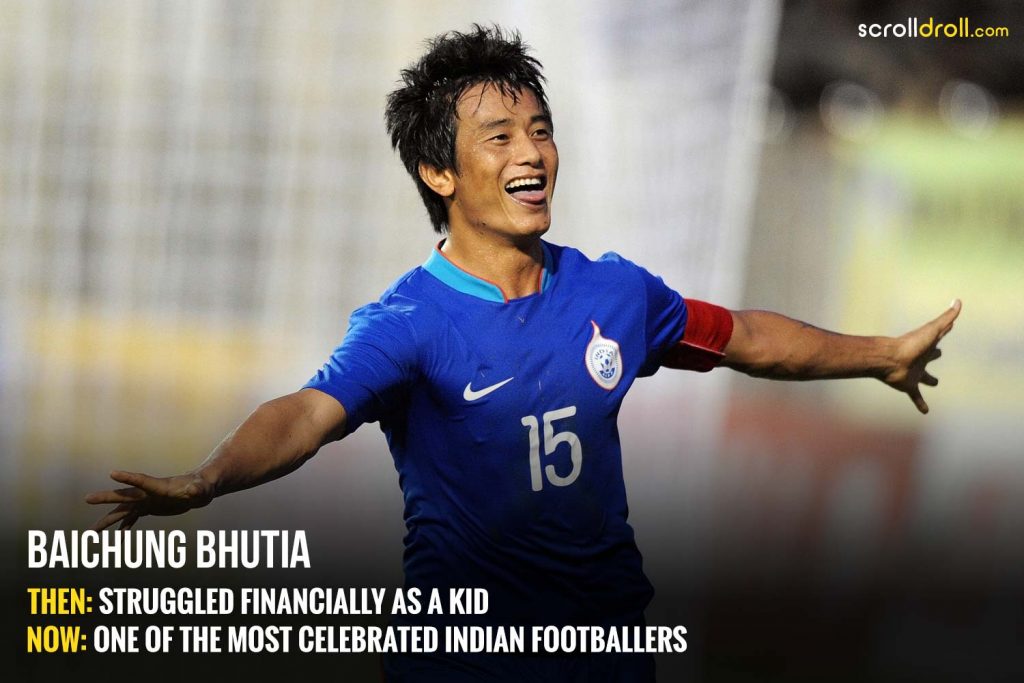 Born to two farmers, Baichung struggled with money as a kid but showed great interest in football. He wanted to make it big and practiced day and night, at the age of 9 he received a football scholarship from Sports Authority of India. In 1992, he garnered the recognition of former Indian goal keeper-Bhaskar Ganguly. He moulded Baichung, who went on to become one of India’s best and most celebrated footballers. 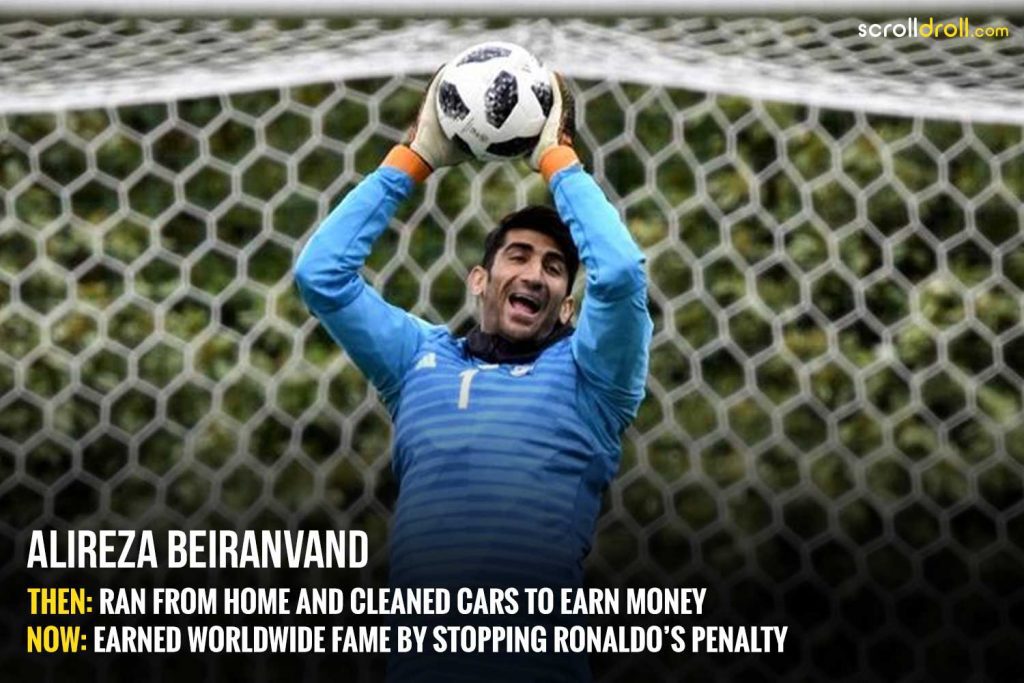 Born to a nomadic family in western Iran, Beiranvand started playing football at the tender age of 3 while working as a shepherd. At 12, he ran away to Tehran when his father refused to let him pursue his sporting passion. Once there, a local football coach gave him an opportunity but it wasn’t an easy path to success. From working odd jobs to sleeping on the pavement, he did it all. His struggles paid off when in 2011, he made his professional debut as goalie for Iranian club team. From that point on, there was no looking back for Beiranvand!

It’s nothing but inspiring to see these players overcoming the hurdles of life in the name of their passion. From living in poverty to surviving wars, they have given their best and more to make it to the top and beyond.