Marilyn Monroe remains one of the most popular figures in popular imagination, more for her persona than for her work. She was a star who rose on her own, making her way through numerous obstacles to become the diva we remember her as. Reigning the industry during the 1950s and 1960s, her words and escapades continue to interest us all. It is hardly surprising that a person as charming as her had a way with words, and left us with some lasting pieces of wisdom. Here are some inspiring quotes by Marilyn Monroe that will not fail to lift you up.

Also Read: 20 Amazing Quotes by Coco Chanel That Will Speak To The Badass In You

1. After all, you can’t have art devoid of emotion.

Creativity has got to start with humanity and when you’re a human being, you feel, you suffer. 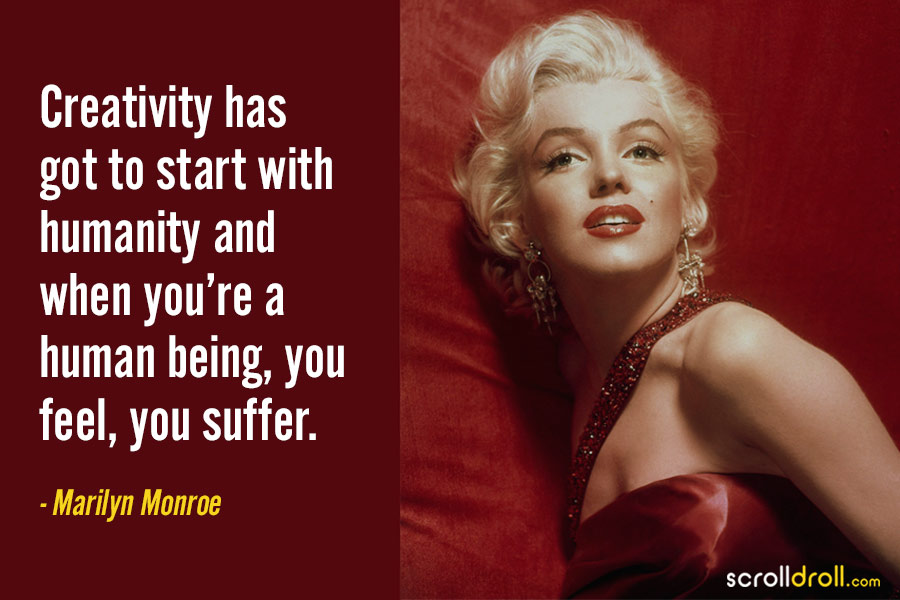 2. Guess humans crave the same thing, whether they are stars or the most common among humans.

I always felt insecure and in the way, but most of all I felt scared. I guess I wanted love more than anything else in the world. 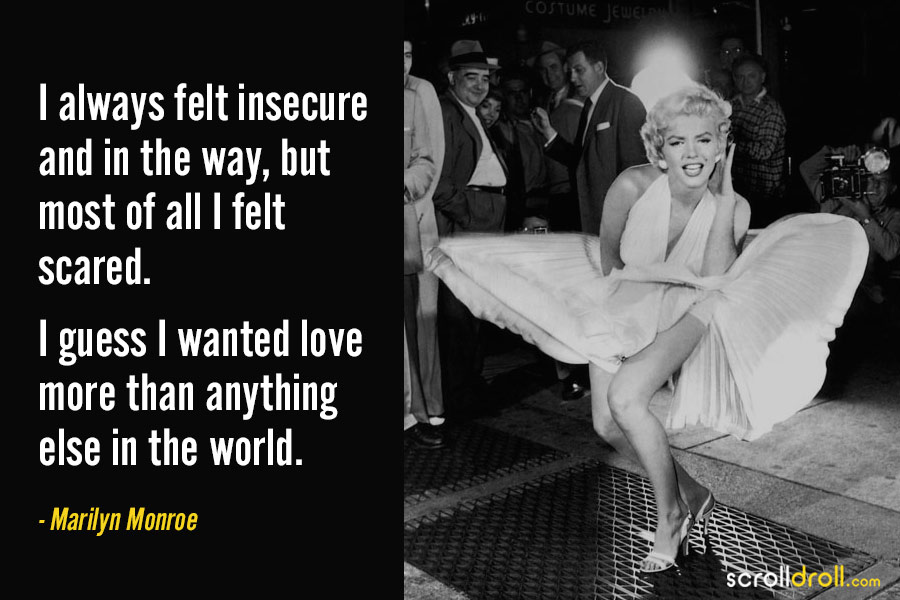 3. A lesson in humility.

If I’m a star, then the people made me a star. 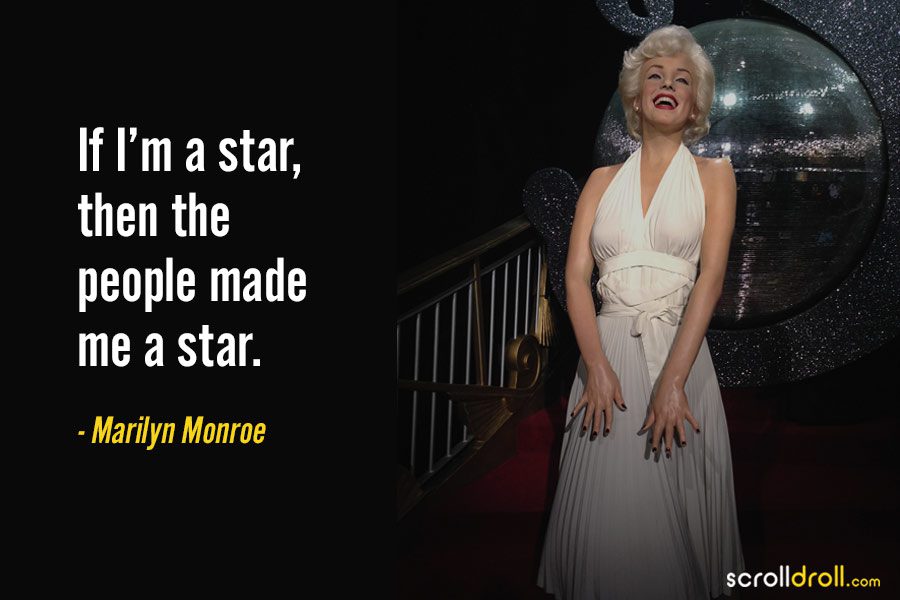 I’m very definitely a woman and I enjoy it. 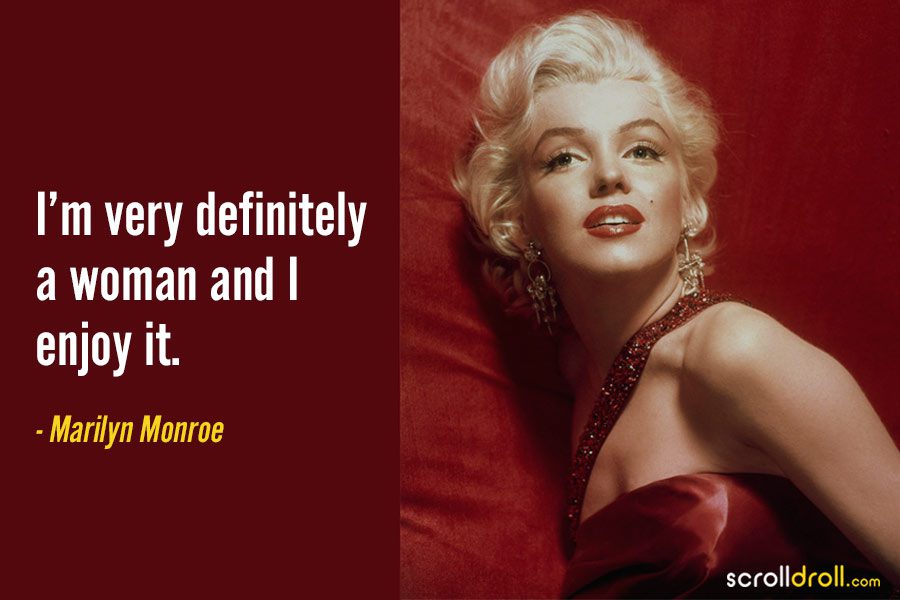 5. That’s the beauty of the journey. 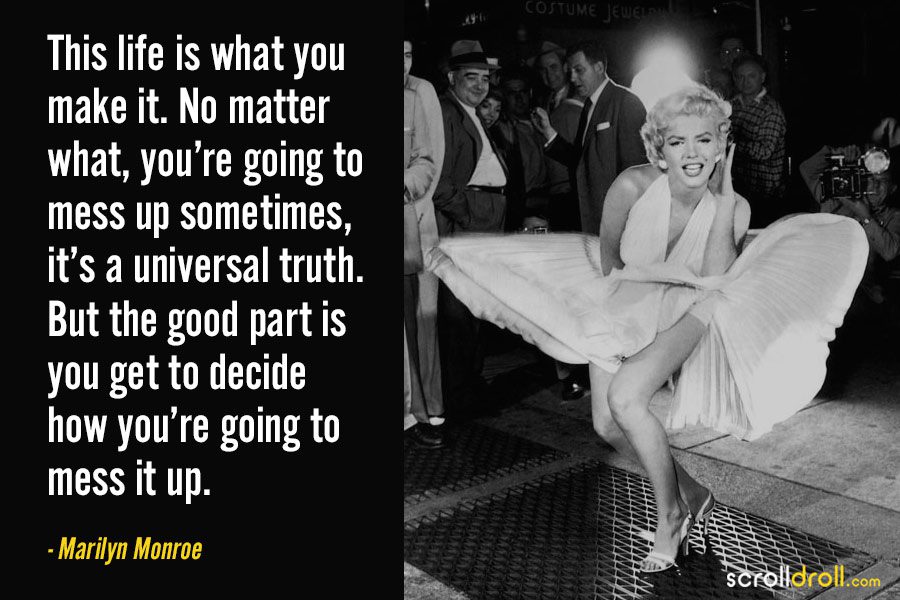 Respect is one of life’s greatest treasures. I mean, what does it all add up to if you don’t have that? 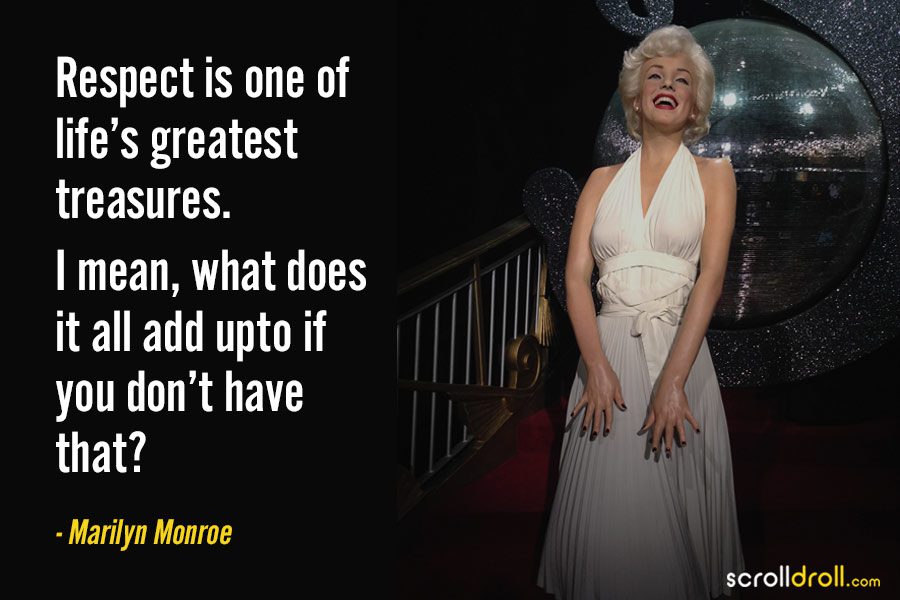 It’s far better to be unhappy alone than unhappy with someone — so far. 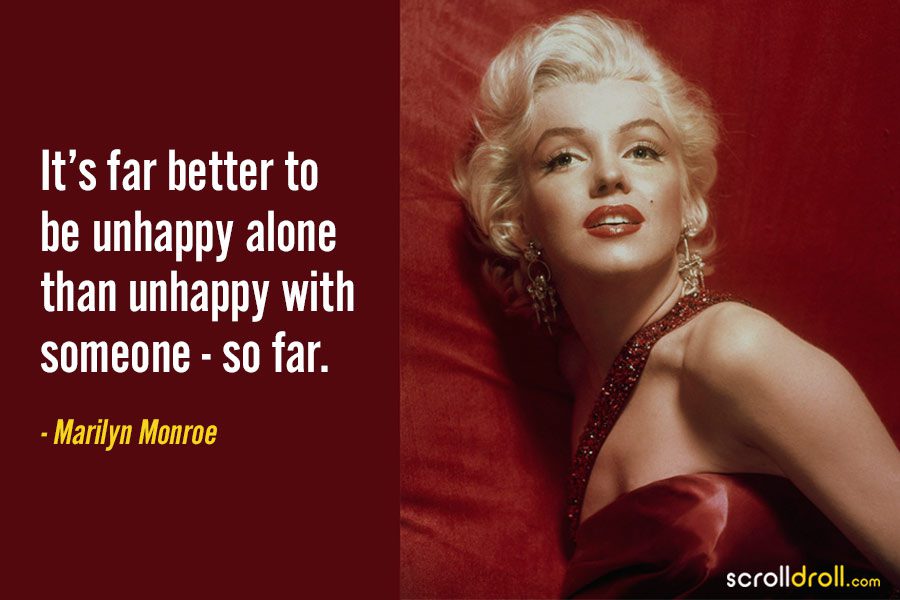 She was a girl who knew how to be happy even when she was sad. And that’s important—you know. 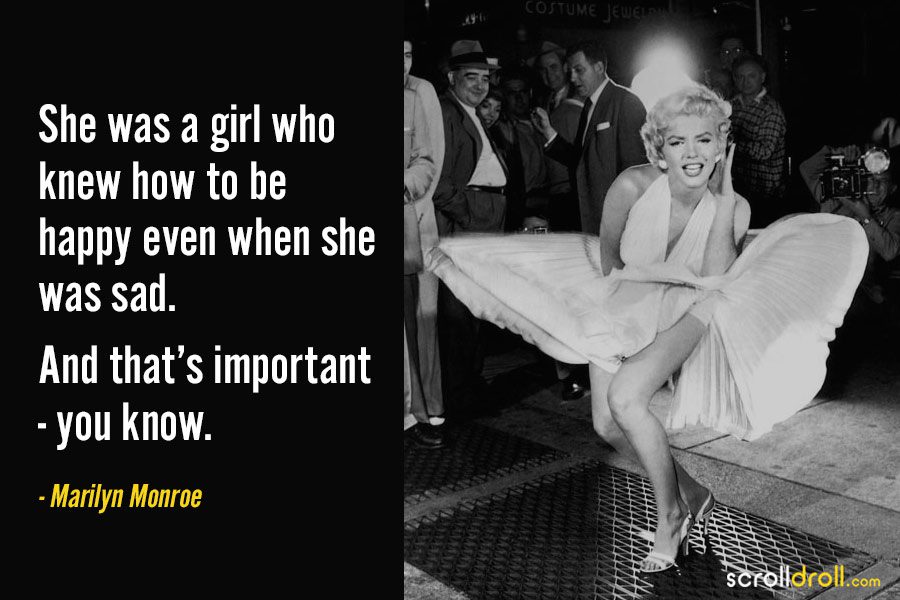 It’s not true that I had nothing on. I had the radio on. 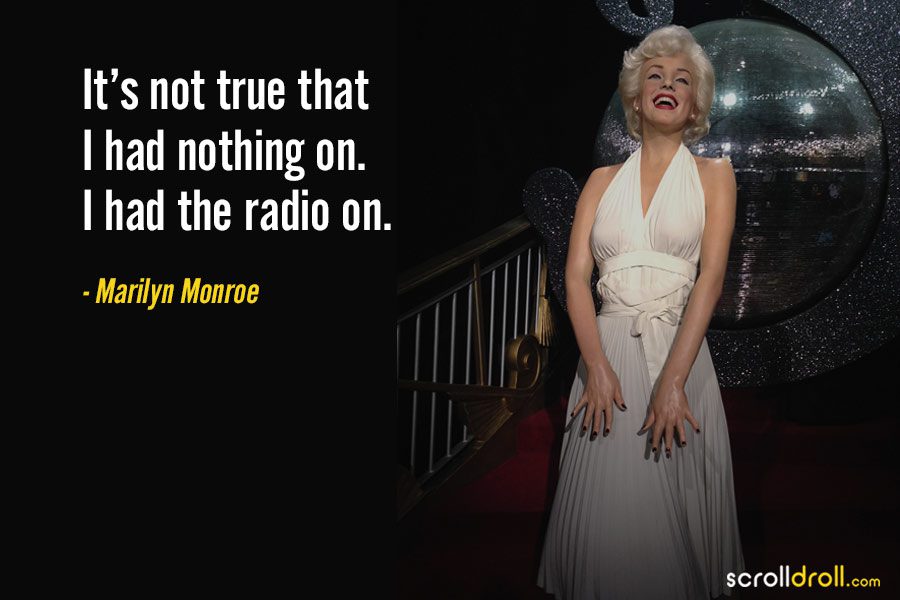 I’ve been on a calendar, but never on time. 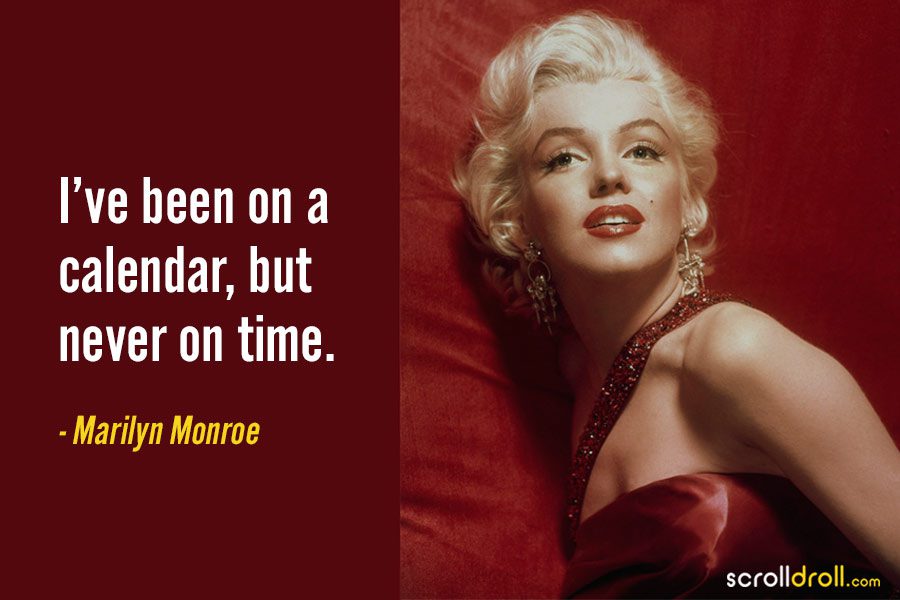 It’s often just enough to be with someone. I don’t need to touch them. Not even talk. A feeling passes between you both. You’re not alone. 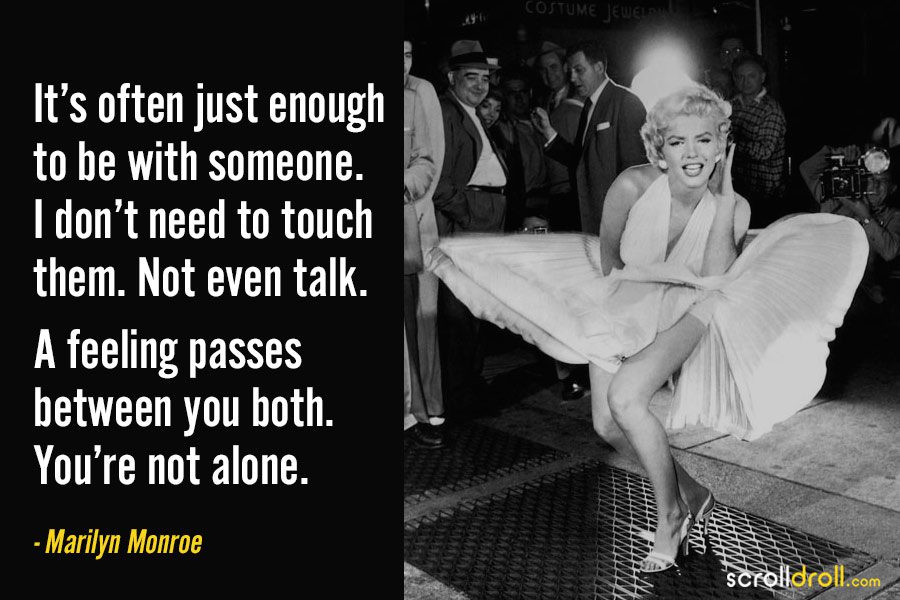 12. Lessons to be learnt the hard way. 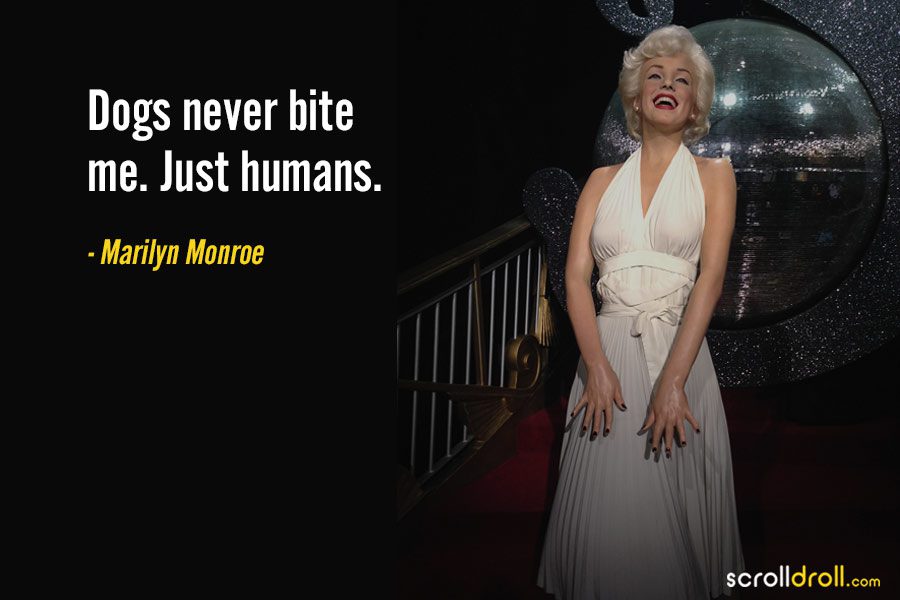 All we demanded was our right to twinkle. 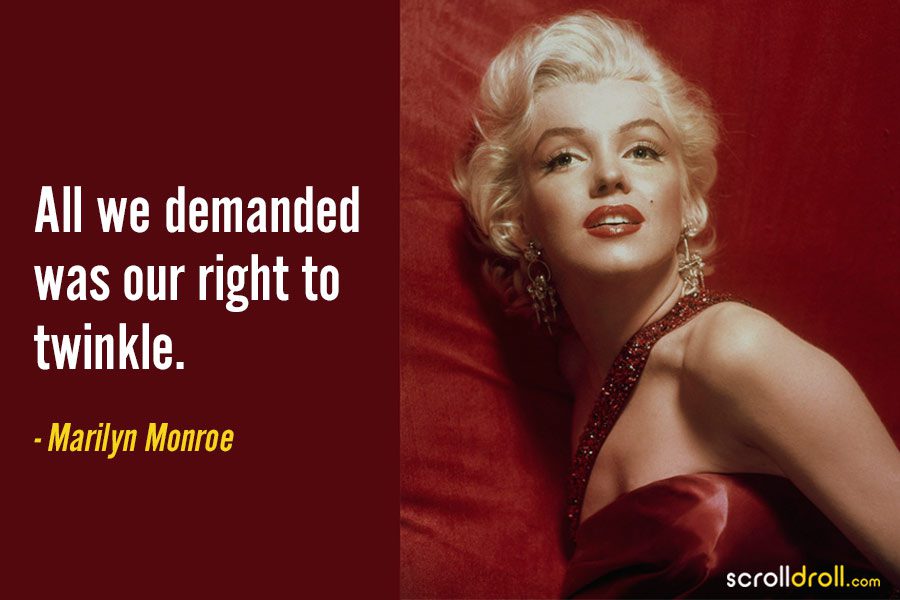 14. An insight for all the women out there.

How wrong it is for a woman to expect the man to build the world she wants, rather than to create it herself. 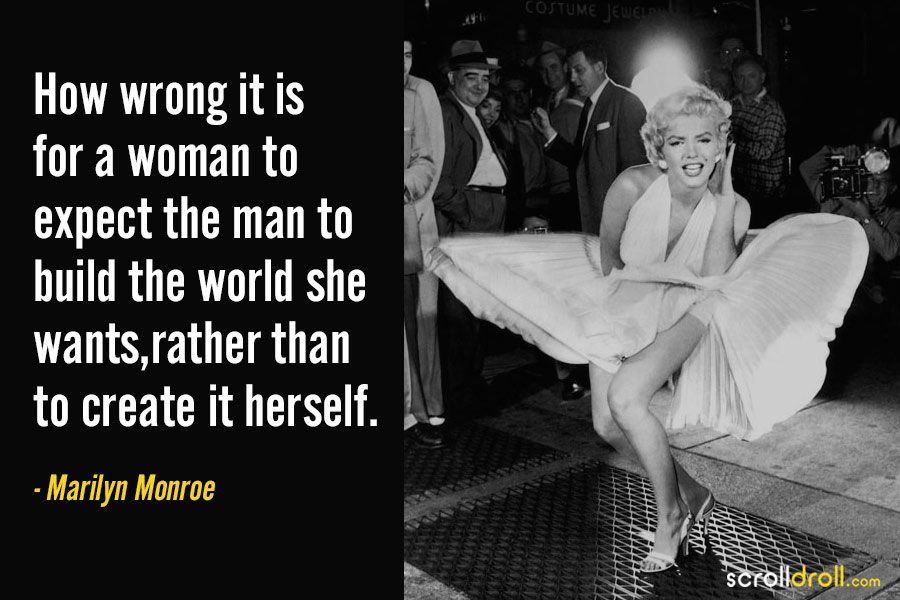 15. Just the kind of pep talk we needed.

Just because you fail once doesn’t mean you’re gonna fail at everything. 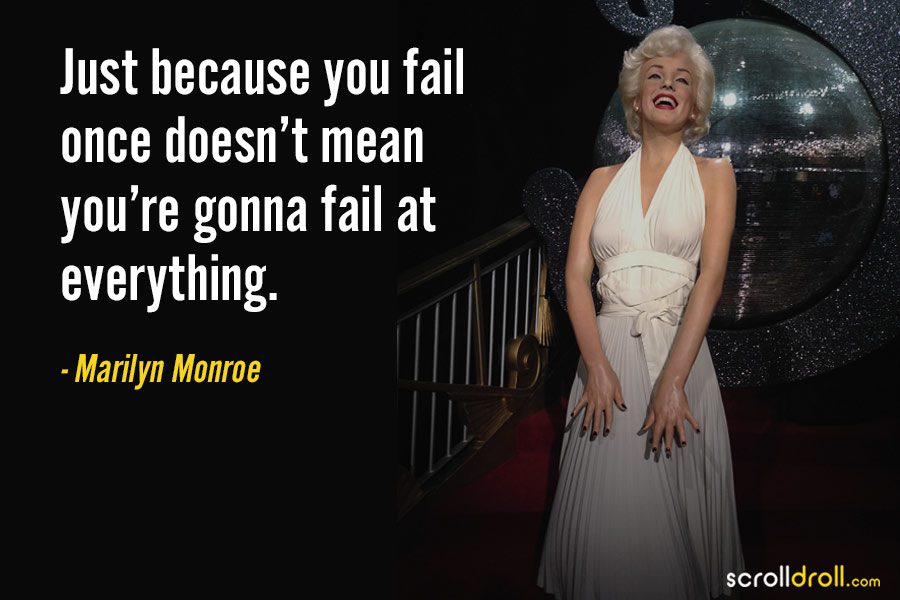 16. When all else fails, hope sustains.

Maybe I’ll never be able to do what I hope to, but at least I have hope. 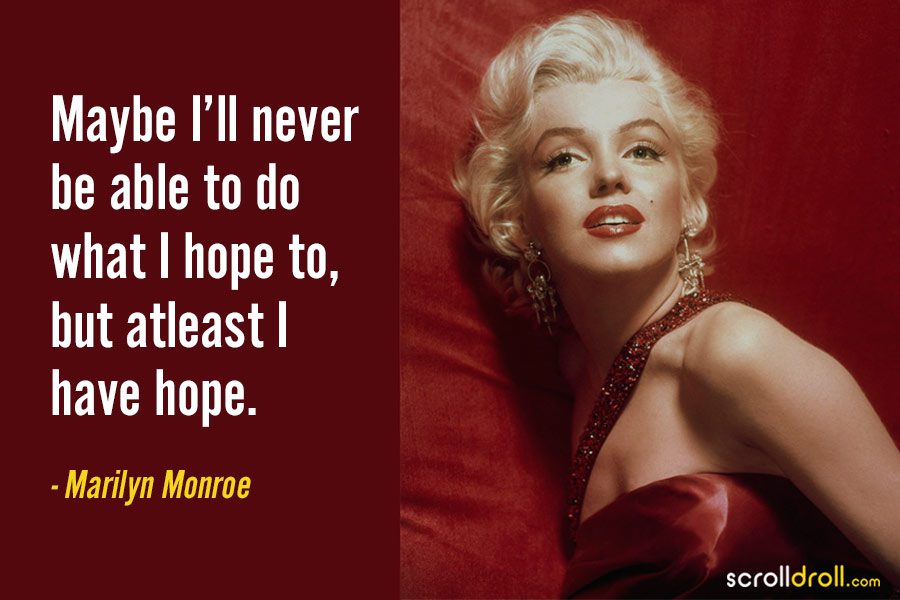 17. The definition of being ‘savage’.

I live to succeed, not to please you or anyone else. 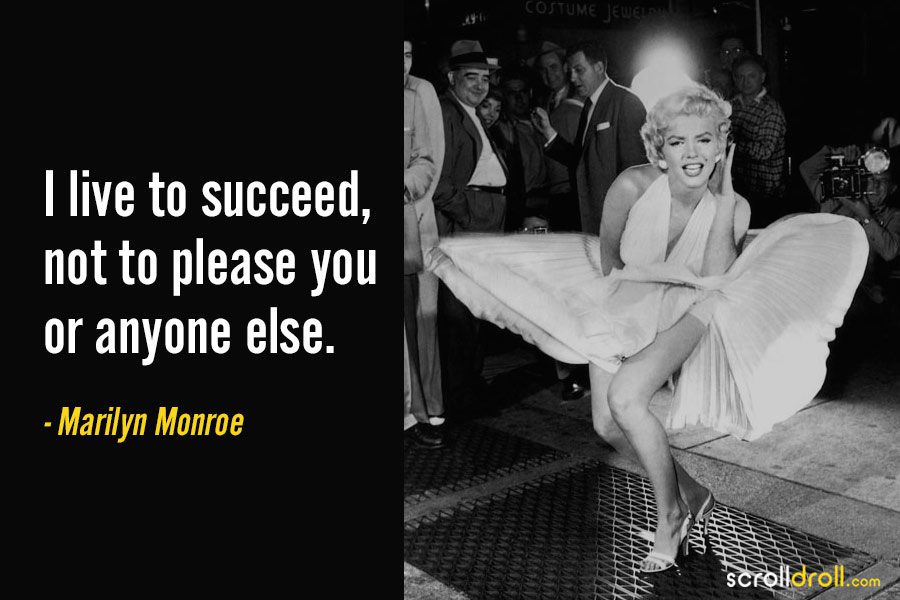 I don’t forgive people because I’m weak, I forgive them because I am strong enough to know people make mistakes. 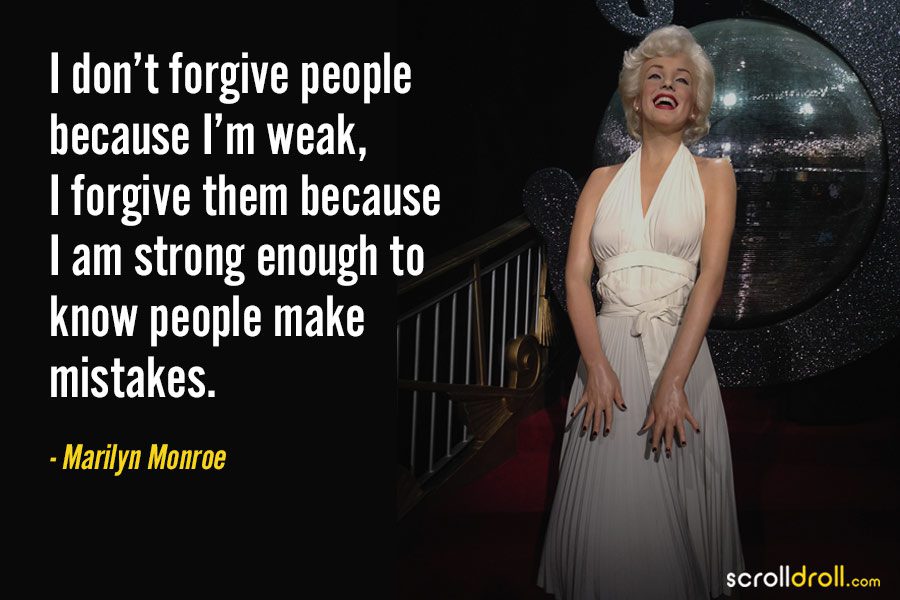 19. This critique that still rings true.

Men are climbing to the moon, but they don’t seem interested in the beating human heart. 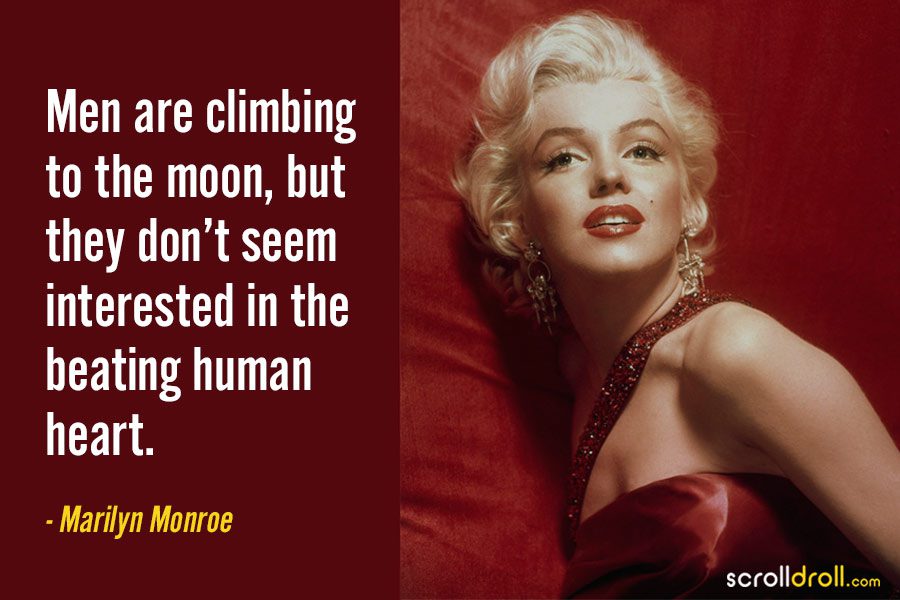 20. And, to end this little list, another truth bomb.

They will only care when you’re gone. 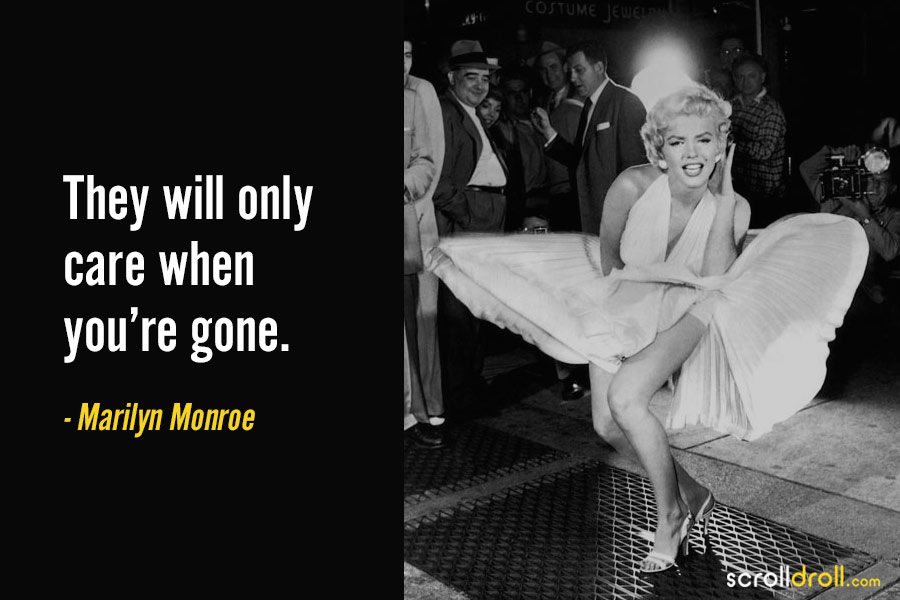 We hope you enjoyed reading these 20 inspiring quotes by Marilyn Monroe.