By Manya Khare Last updated Nov 2, 2022 123
“I Have a Dream,” the famous speech made by Dr. Martin Luther King, Jr., delivered on August 28, 1963, in Washington D.C., remains one of the most iconic moments of civil rights and social justice in American history with similar speeches being credited for paving the way to end segregation in numerous public places including schools as well as transportations. But what are some quotes from “I have a dream” speech? 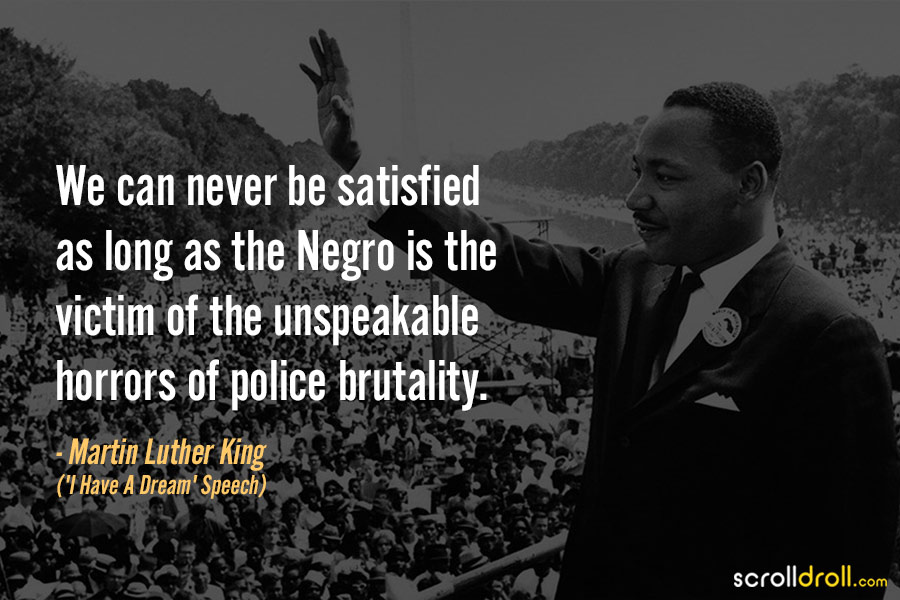 2. The speech’s language offers America atonement for its racial transgressions. 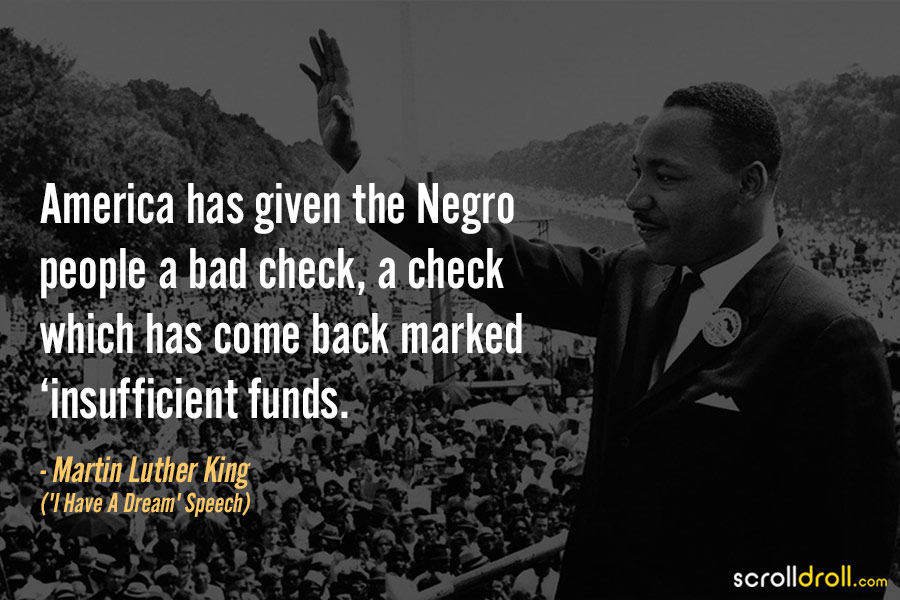 3. In this speech, he argues that overt white nationalists have broken the American dream, highlighting the discrepancy between the dream and reality. 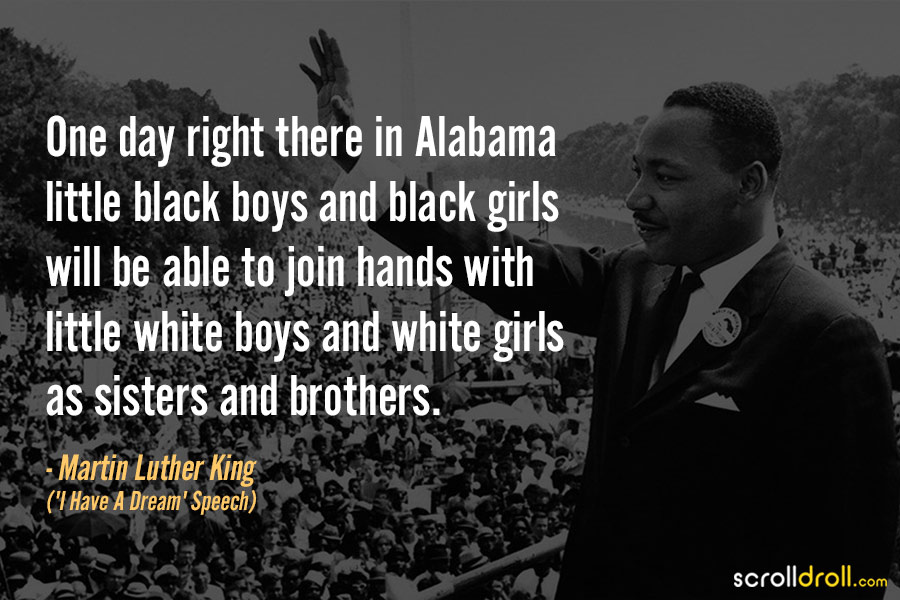 4. As the struggle for equal rights continues in the United States and around the world, it is frequently cited and utilized as motivation. 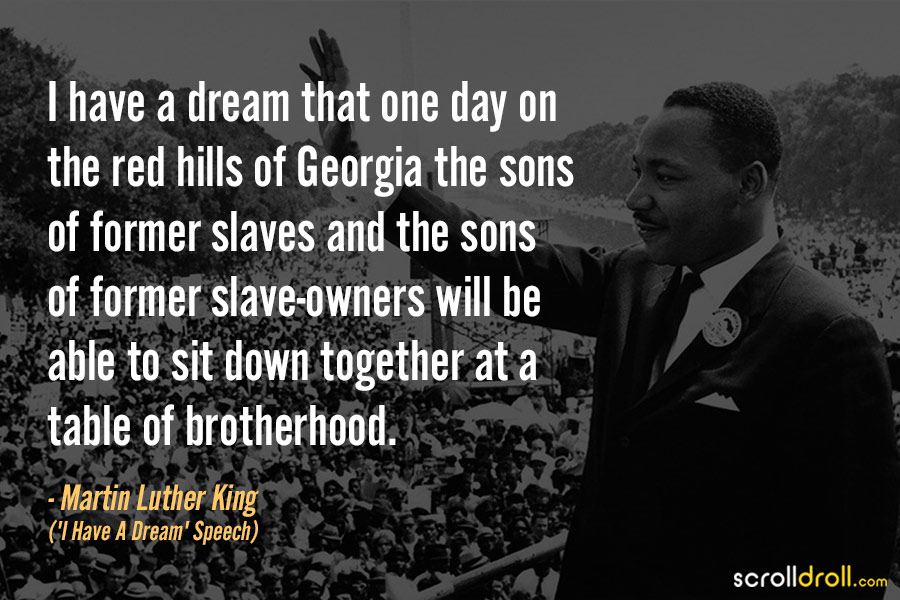 5. He is imagining a life for his children in the future that is distinct from his own. 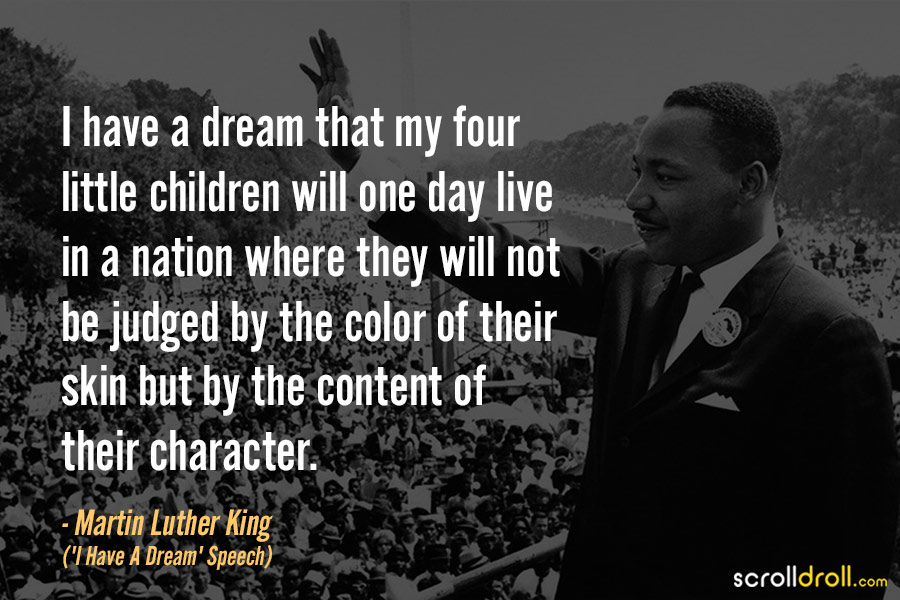 6. The repetition of the line “I have a dream,” is the speech’s most well-known line. 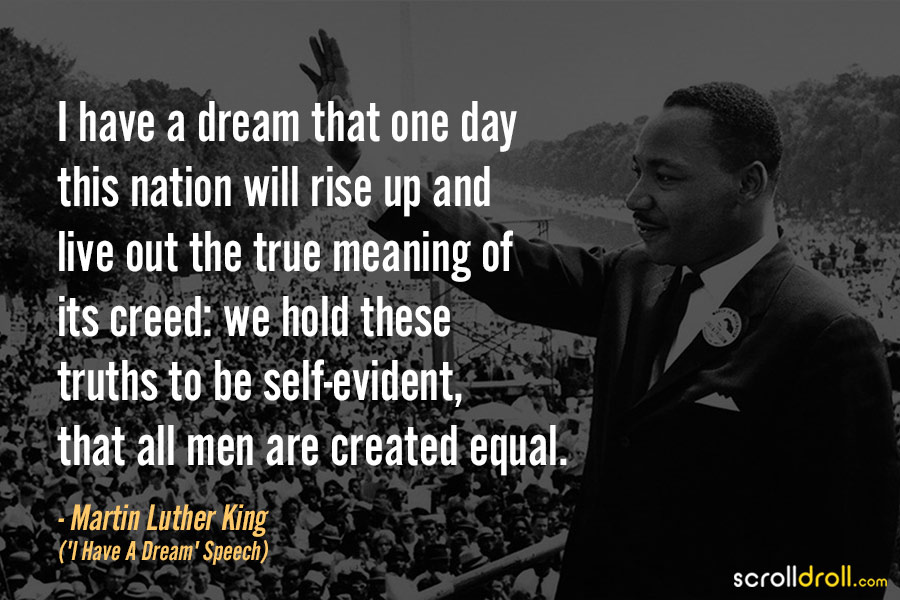 7. He successfully chooses the language to appeal to both the White Americans and the African Americans in the audience. He accomplishes this by referencing kids in his discourse. All people, regardless of race or cultural origin, have the desire to safeguard children. 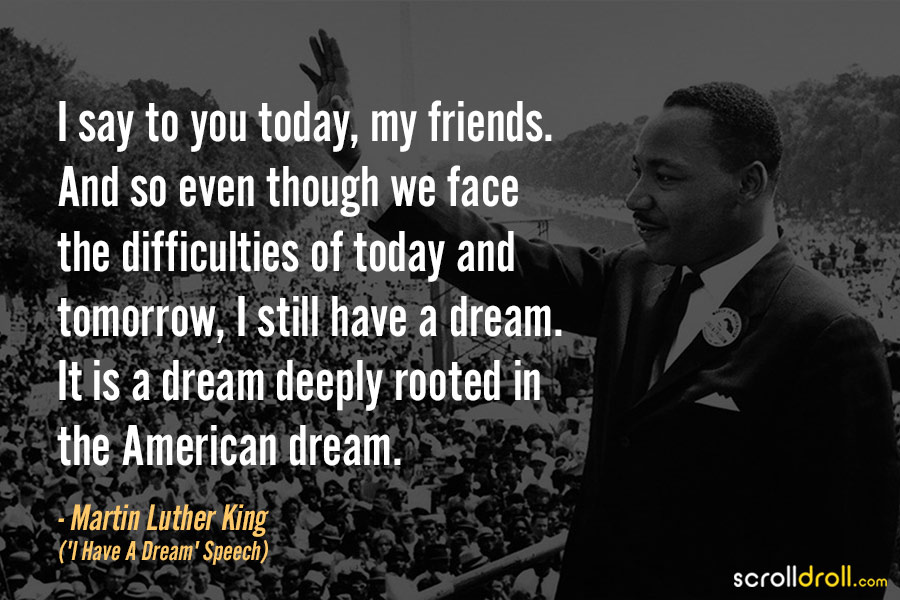 8. Despite the anger and violence he faced, King never wavered from his essential beliefs of peace and love. He exhorted his supporters to follow suit. 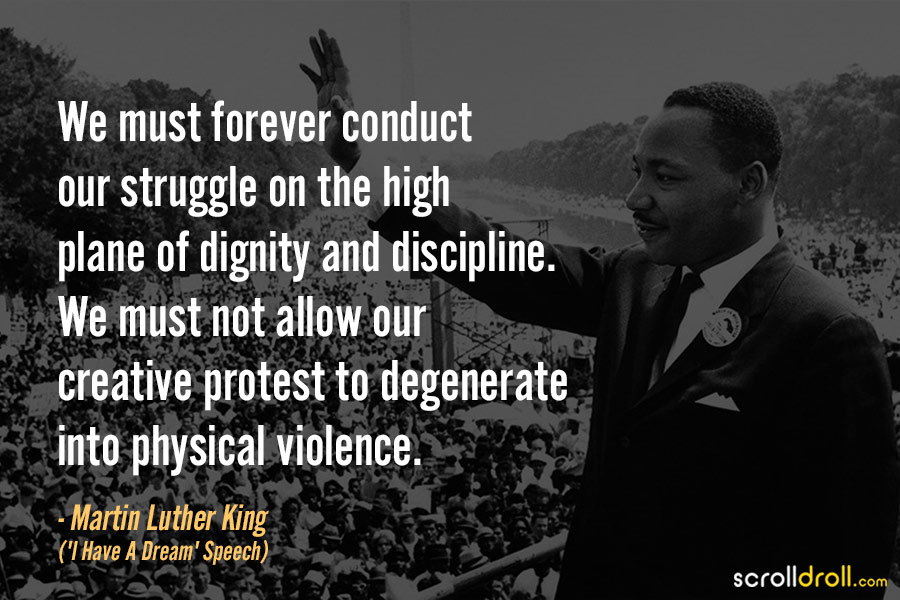 9. However, there is a lot more in that speech that comes before he offers a message of optimism. He informs everyone about the Negros’ unwavering commitment to pursuing their goals. 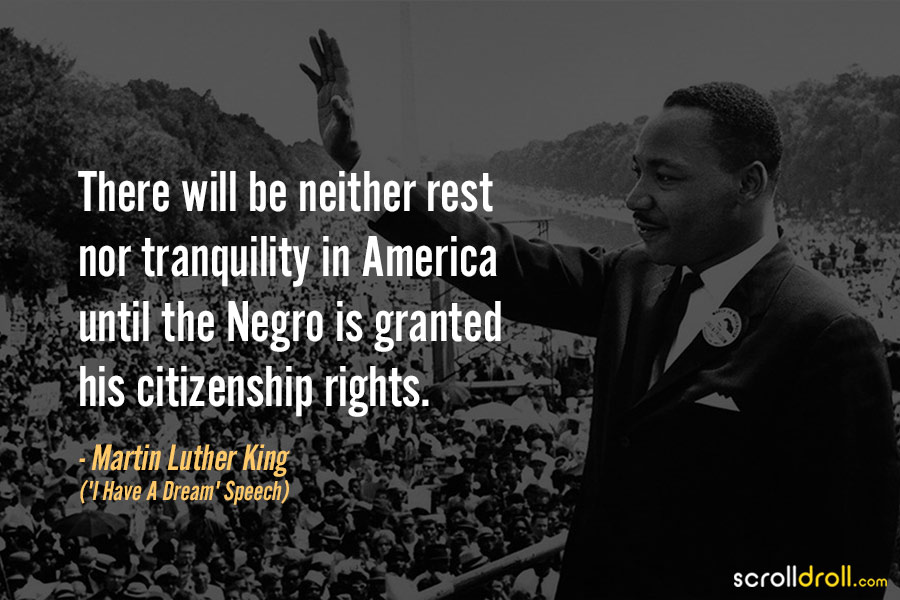 10. The discriminatory laws in place at the time prevent black people from moving outside of the ghetto. 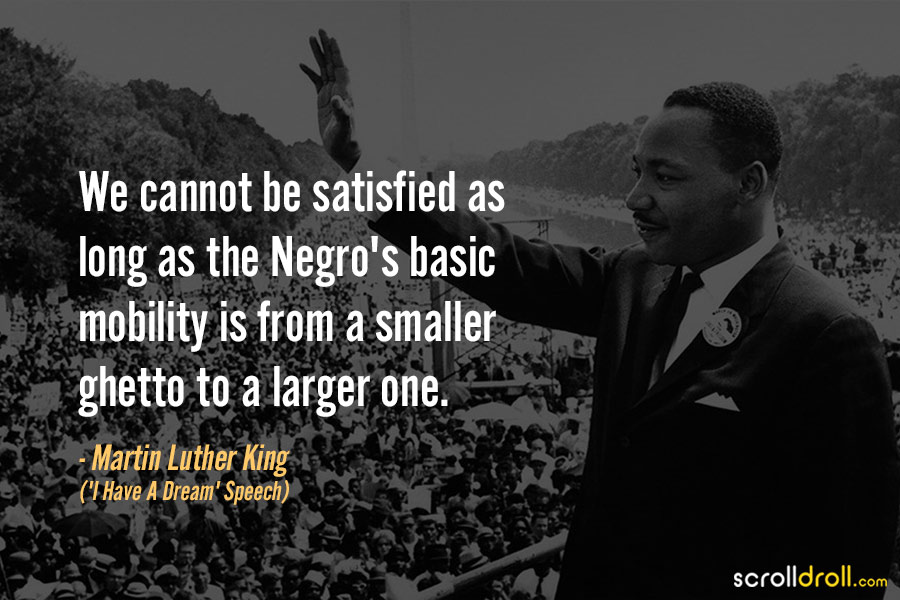 11. The concept of “creative suffering” was intended to suggest that African Americans had to endure hardship in a variety of ways in order to secure their own constitutional rights and protections. 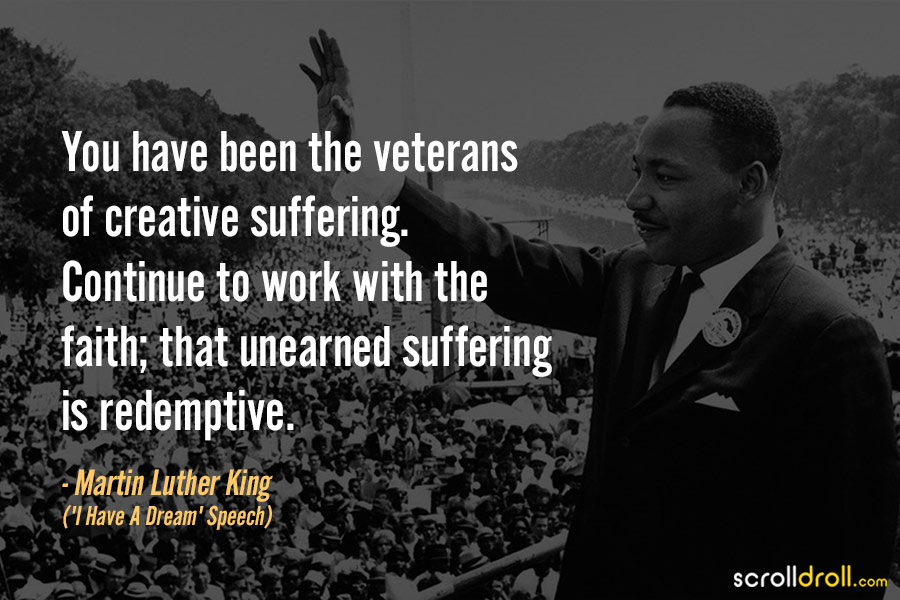 12. Martin Luther King Jr.’s quote serves as a timely reminder that everyone has a duty to speak up against injustice. 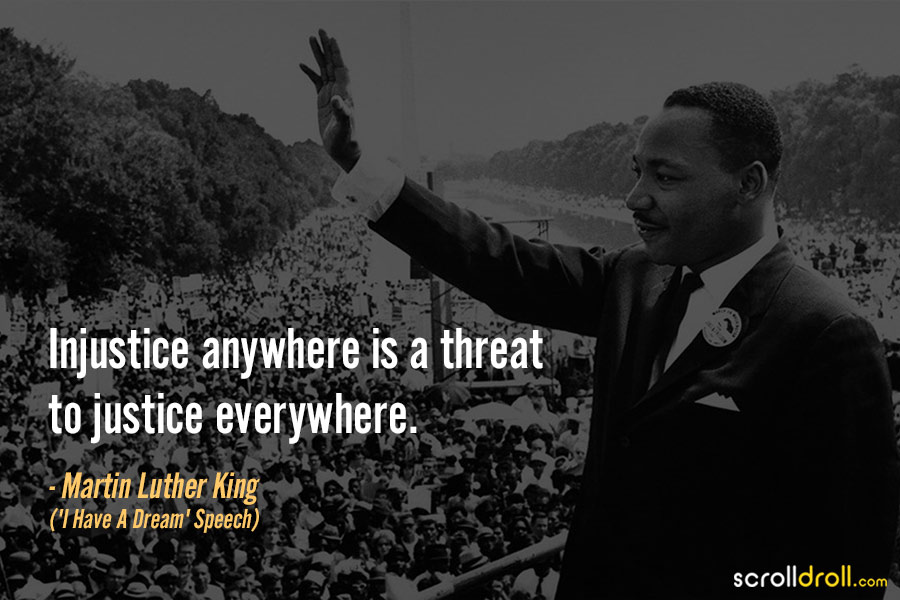 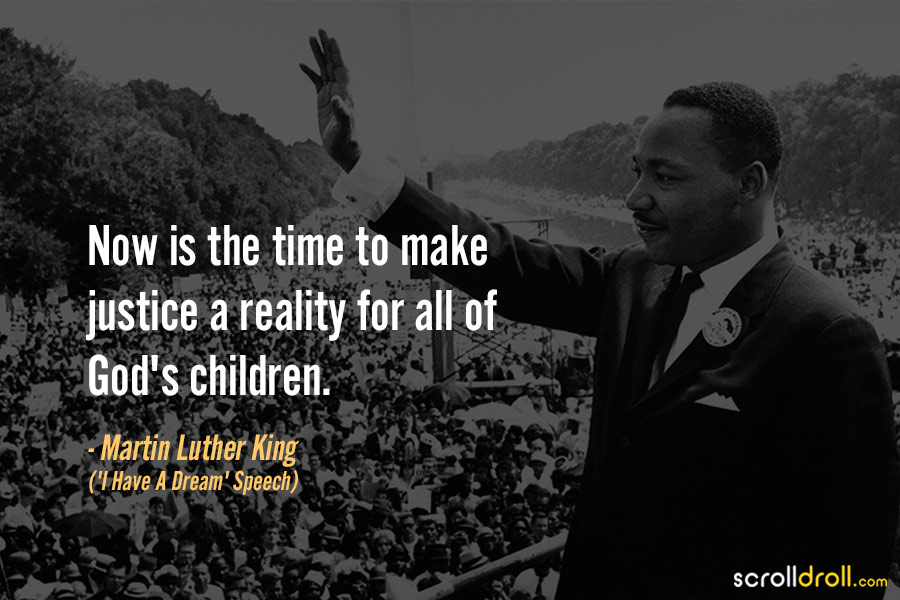 14. King responds to the query “When will you be satisfied?” with this remark. When will the Black community be satisfied with the freedoms that the Civil Rights movement won? 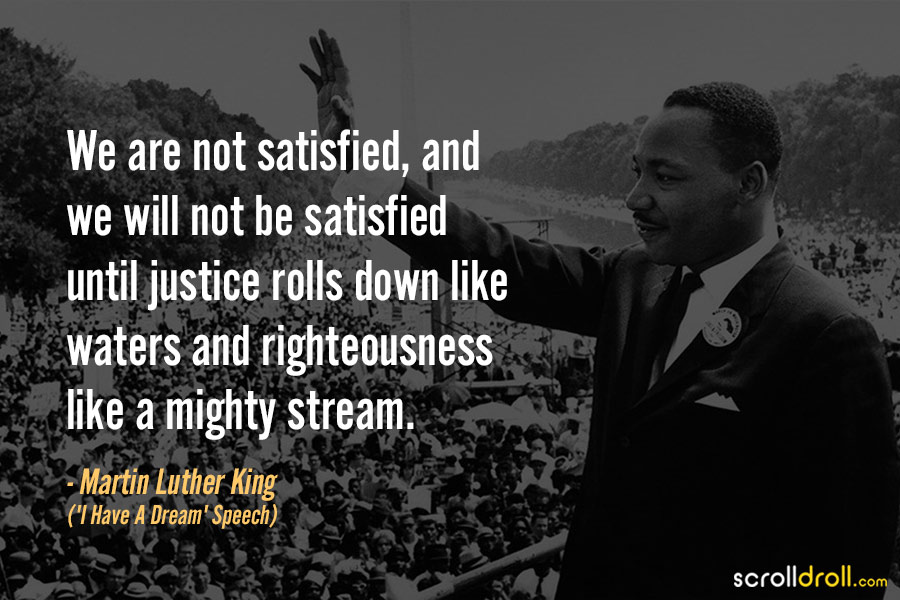 “I Have A Dream“, is often considered one of the greatest speeches to ever have occurred. We hope you liked reading these quotes extracted from the famous address ‘I Have A Dream’ speech.