Founded in 1994 by Jeff Bezos in his garage, Amazon has now become synonymous to online shopping for millions of people around the world. Like any other new venture, Amazon too had humble beginnings – before the internet boom helped it skyrocket profits and revenue. Amazon now is one of the 5 biggest tech companies in the US and operates in 13 countries and ships worldwide. It is the biggest internet company as of 2021 and is also the largest e-commerce website in the world. Here are some interesting facts about Amazon you had no idea about!

Now, let’s move on to read some of the most interesting facts about Amazon!

1. Amazon held its meetings at Barnes and Noble

Before Amazon became the commercial giant that it is now, in its early days, founder Jeff Bezos, along with his wife Mackenzie Bezos and his first employee, Shel Kaphan, used to meet at a local Barnes and Noble store. 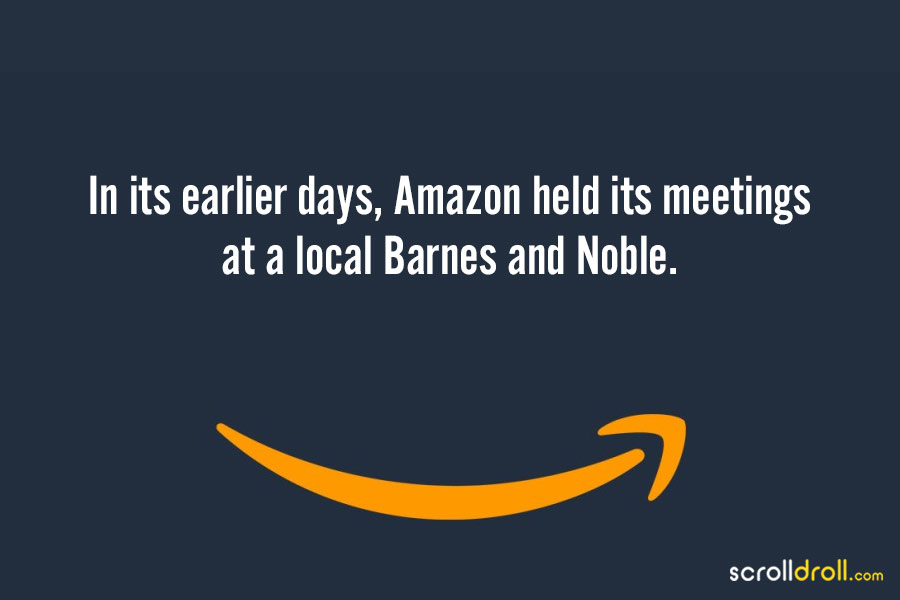 Bezos first decided to call his website “Cadabra” but his lawyer advised against it, since it sounded too similar to “cadaver.” 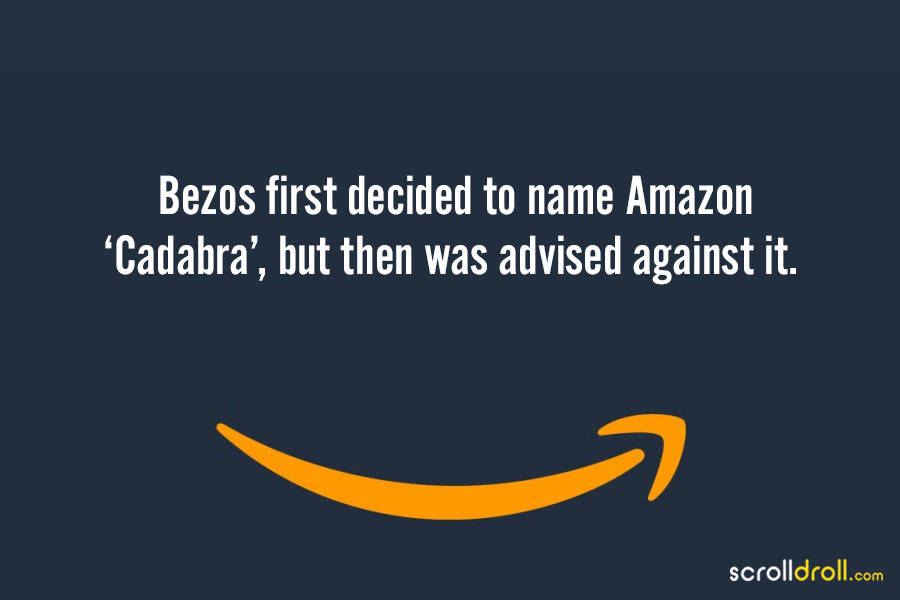 Bezos was also briefly fixated on the name “Relentless” but then changed his mind. However, he did buy the domain relentless.com, which now redirects visitors to amazon.com. 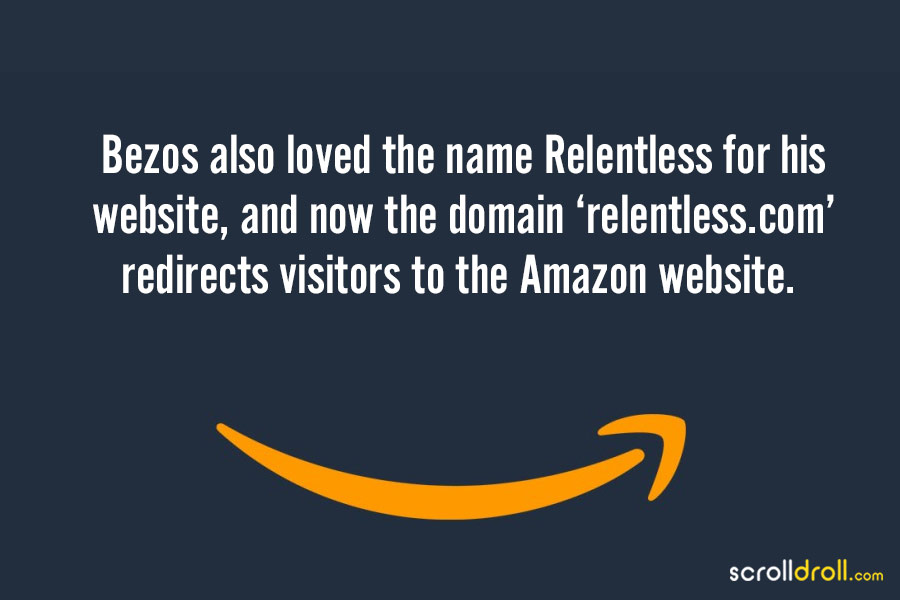 Bezos initial research supported the idea that the most practical thing to sell on the internet was books, which is why he launched Amazon as a book-selling website. 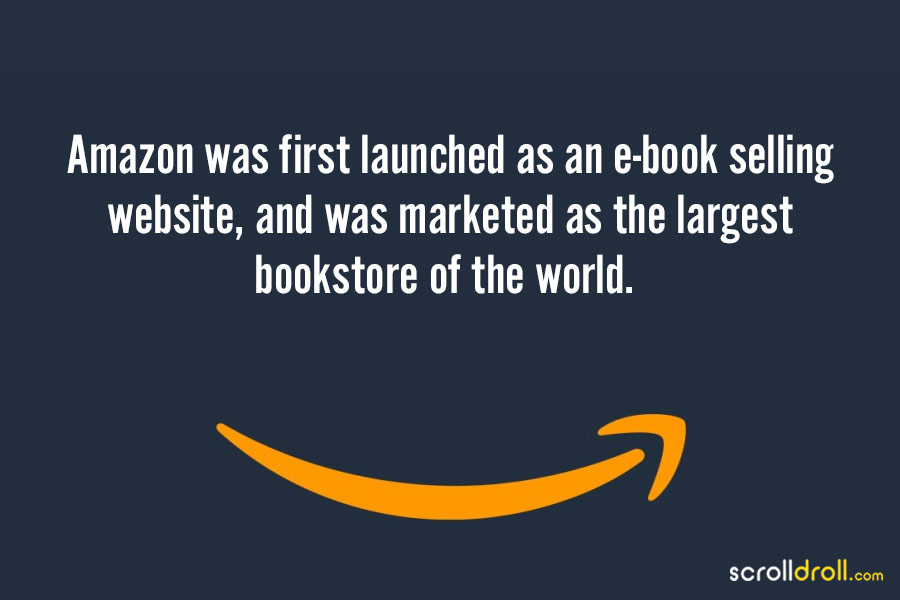 The website sold its first book in 1995 – Fluid Concepts and Creative Analogies by Douglas Hofstadter. 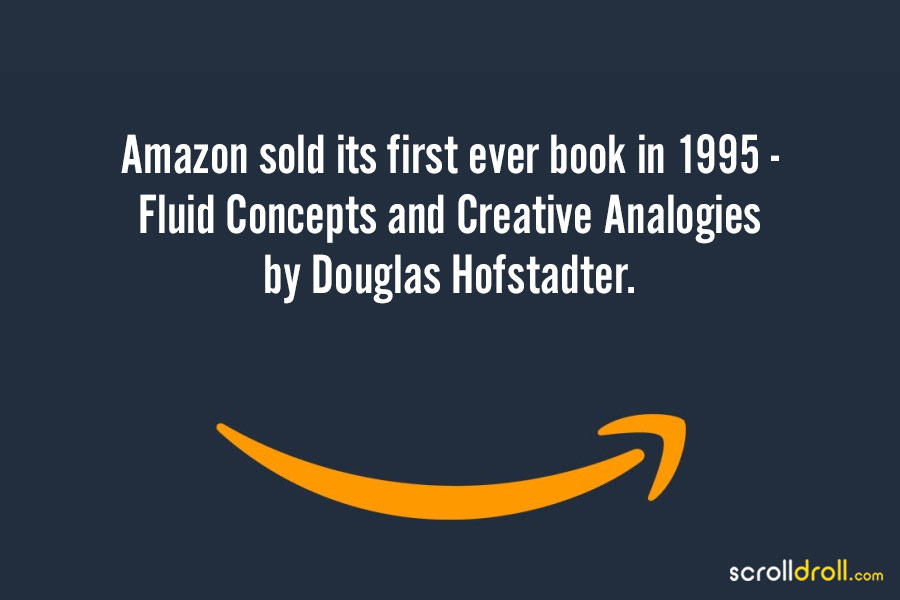 6. Amazon also launched an auction site in its early days

Because of the encouraging success of auctioning sites like eBay, Bezos too launched an auctioning website in the early stages, and saw a growth of 8% in shares. 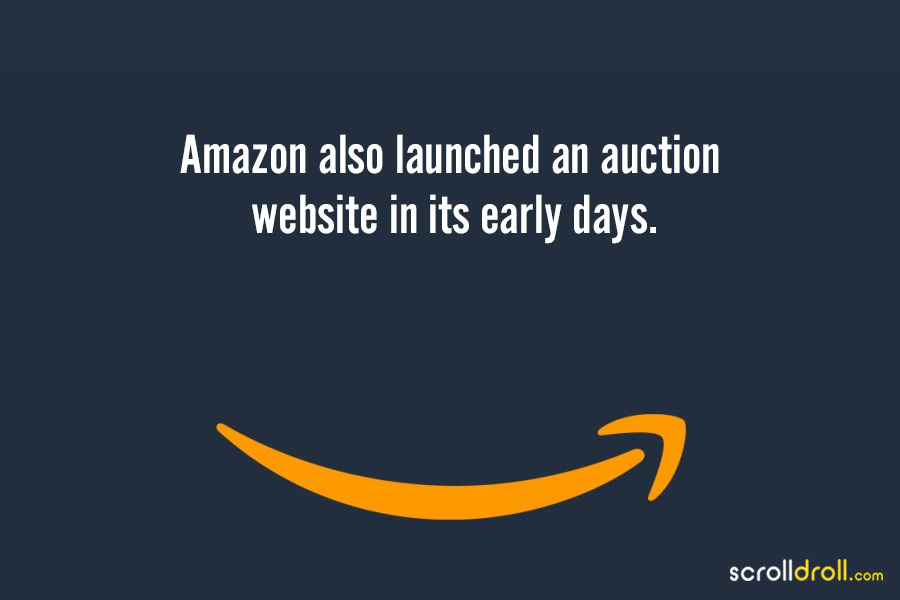 7. Amazon developed its own street view in early 2000s.

Amazon was also an early contender against Google and Yahoo! as it ended up developing a rival search engine, A9.com, and even had its own version of Google’s Street View, called “Block View.” 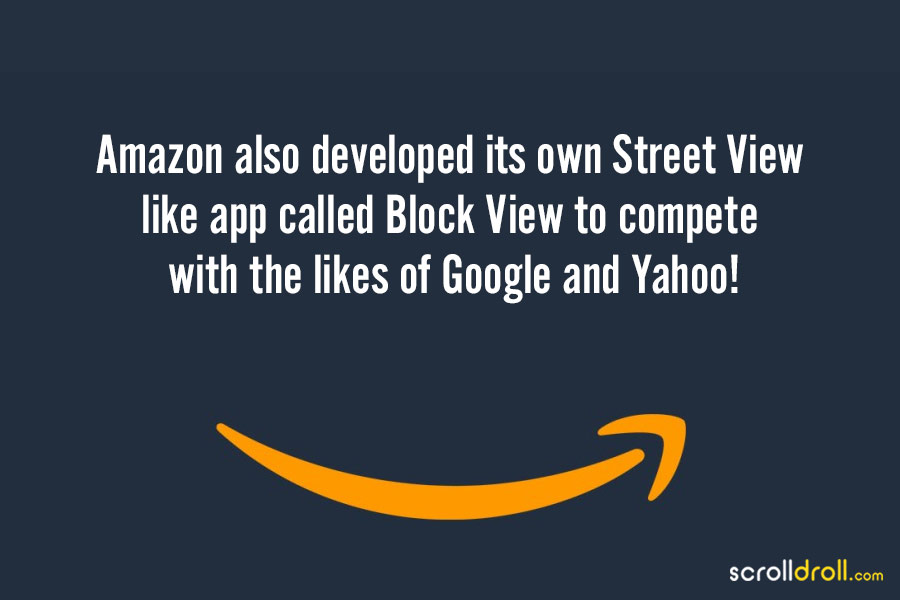 8. Amazon Go lets you shop in stores without standing in a queue for checkout.

Ever dreaded going to a convenience store because you do not have 20 minutes to waste standing in a long line? Well Amazon Go are smart stores that let you check out of the store without standing in a queue, or even paying. They use Artificial intelligence to identify products and send you an automated bill on your Amazon account. 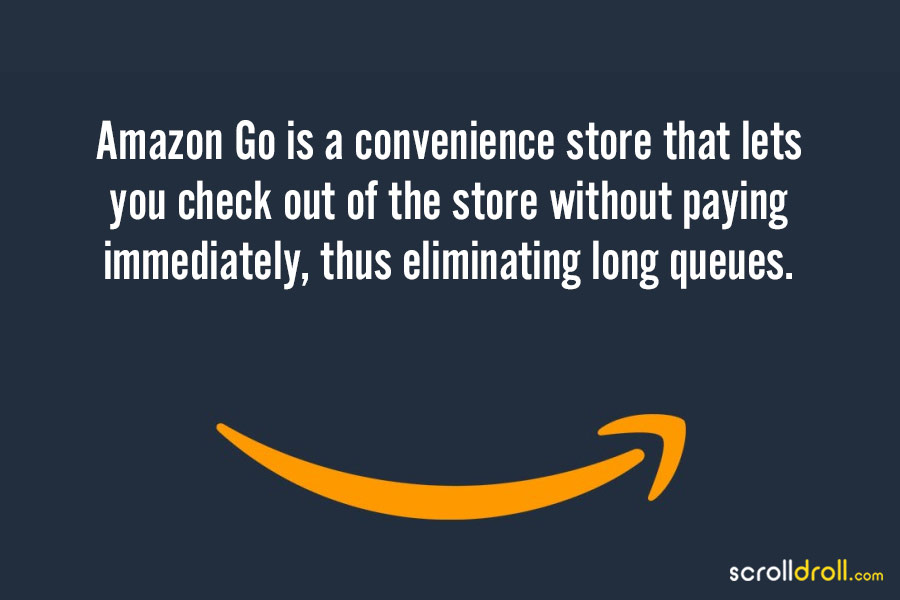 9. Amazon is working on drone delivery

Amazon is working on technology that’ll enable your amazon orders to be delivered by drones in a span of a few hours! 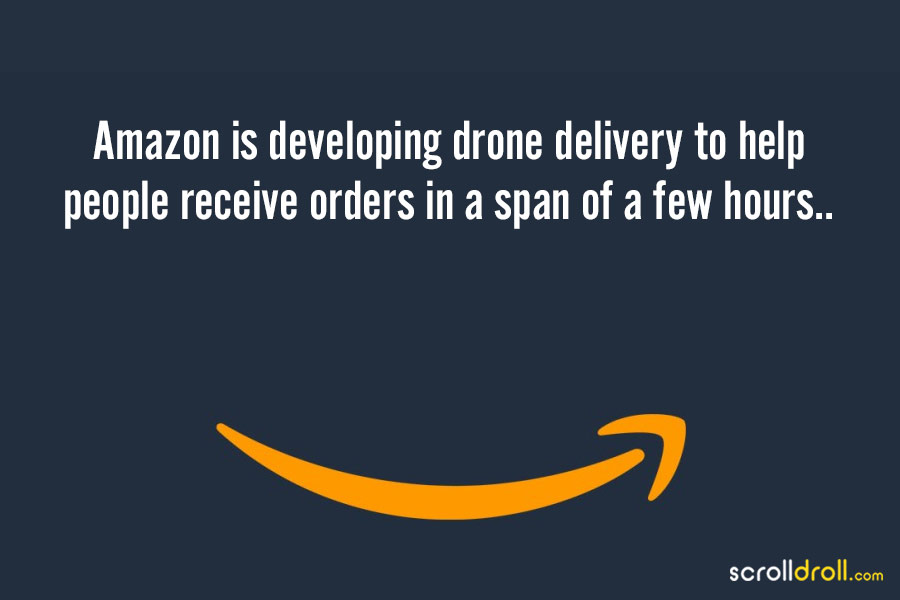 10. You can donate to charities when you shop on Amazon

With smile.amazon.com, you can buy whatever you want, and Amazon will donate a small percentage of what you pay towards a charity of your choice – at no extra cost. 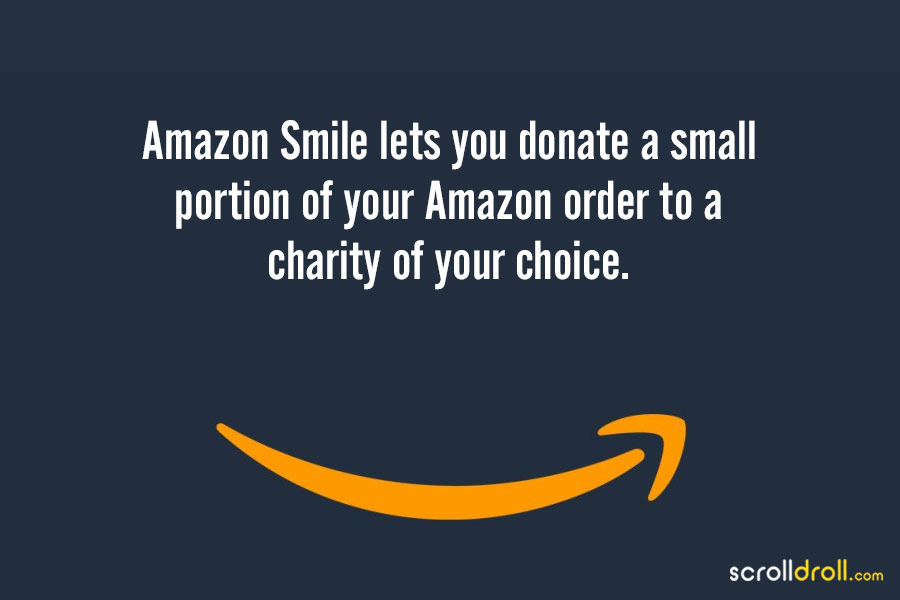 11. A bell would ring with every purchase made at Amazon

In its early days, a bell would go “Ding!” every time someone purchased something off of Amazon. It was a way to encourage the employees. 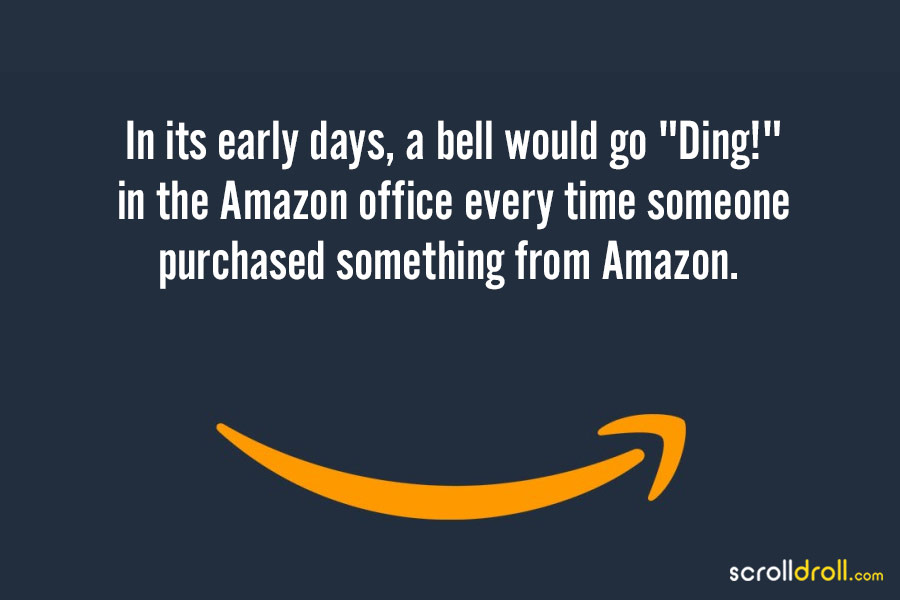 The world’s favourite reading tablet, the Kindle, was first made available to the public in 2007. A wildly popular gadget even today, it is no surprise that the first batch of Kindle readers sold out in the US in under five hours and a half. 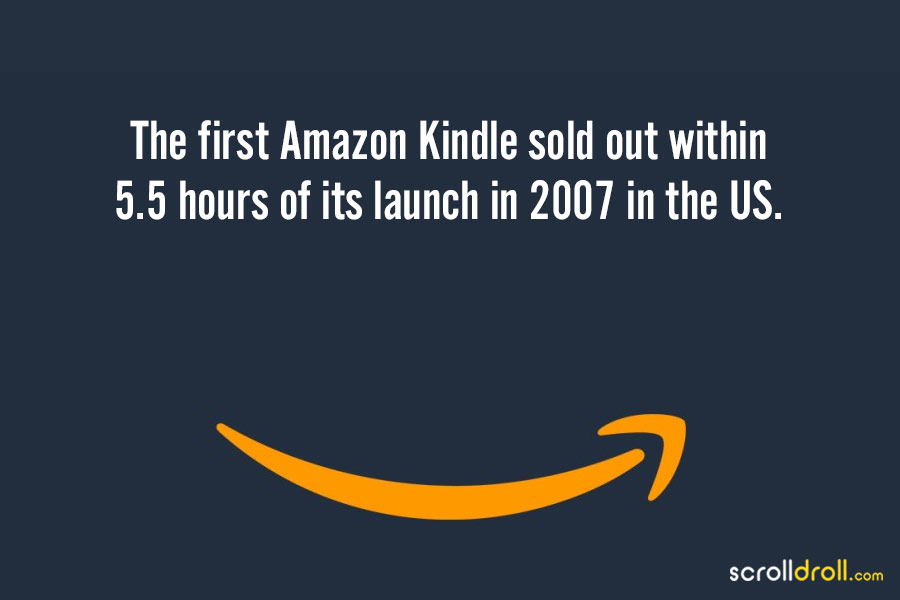 Amazon hires over a million and a quarter of employees across the globe – that’s more employees than Google, Alibaba and Meta combined! 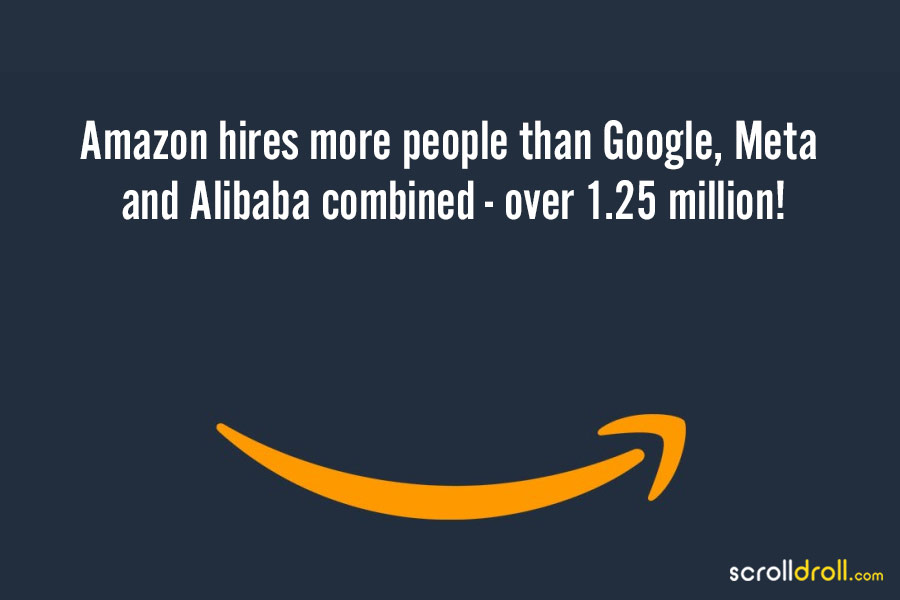 Amazon also owns a number of subsidiaries, some of which are extremely popular – these companies include movie review website IMDb, Goodreads, Whole Foods, Audible, and the live streaming platform Twitch. 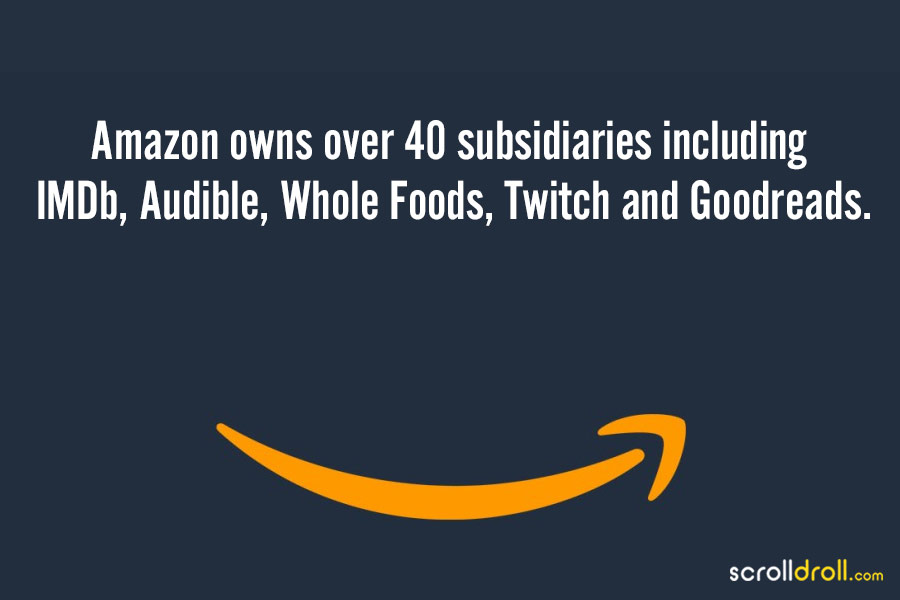 15. Amazon affiliate referrals in the US amount to over $2.6 billion a month

Amazon also has an affiliate program that lets influencers earn a small commission every time someone buys a product using their link. These affiliate links generate a cumulative income for influencers amounting to over $2.6 Billion a month in the US alone! 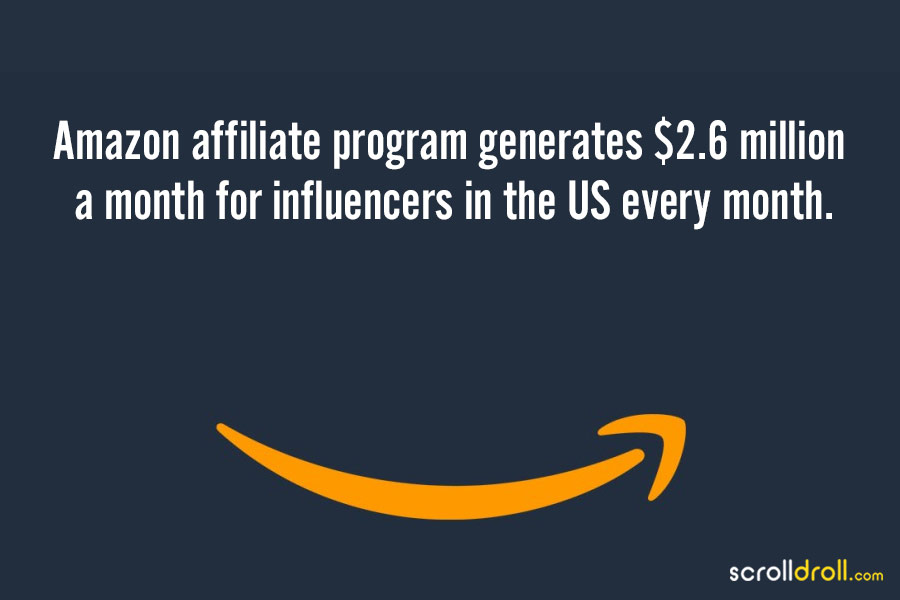