A respectable figure and one of the greatest politicians of India. Also known as the “Bhishma Pitamah” of Indian politics, Atal Bihari Vajpayee’s personality was able to win over not only all the countrymen but also his oppositions. He was a gem of a politician who always put his country first.

Check out some amazing facts about him.

1. Atal Ji attended DAV College, Kanpur where he & his father studied Law together. Both attended same class and lived in the same hostel room but when students started talking about the father-son duo, both were placed in different sections 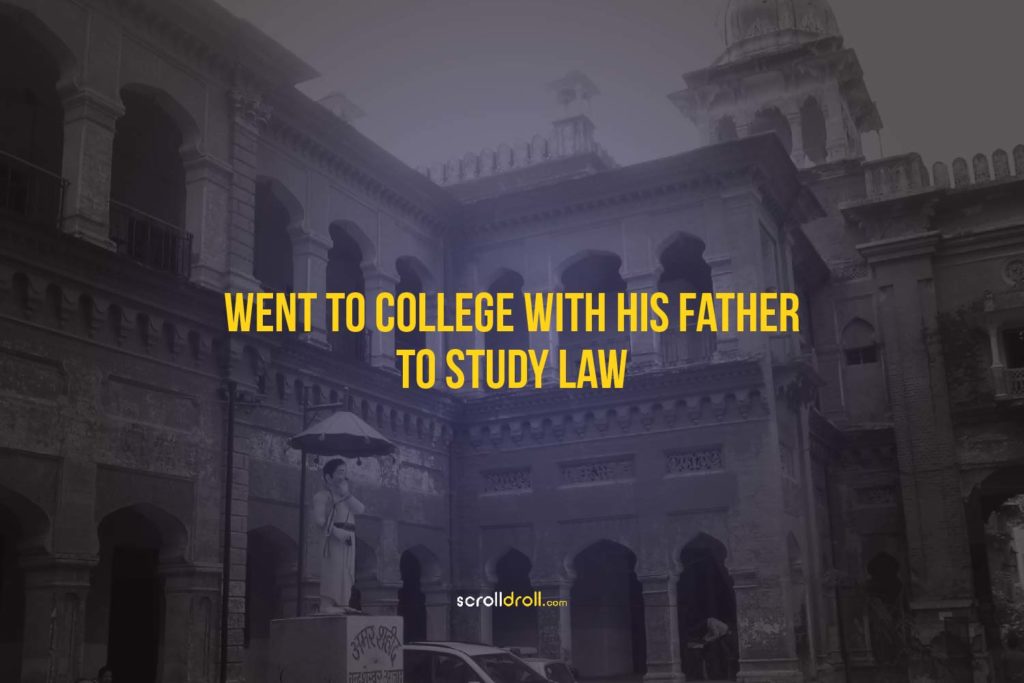 2. Always wanted to become a journalist but entered politics by mistake, as told by him in an interview 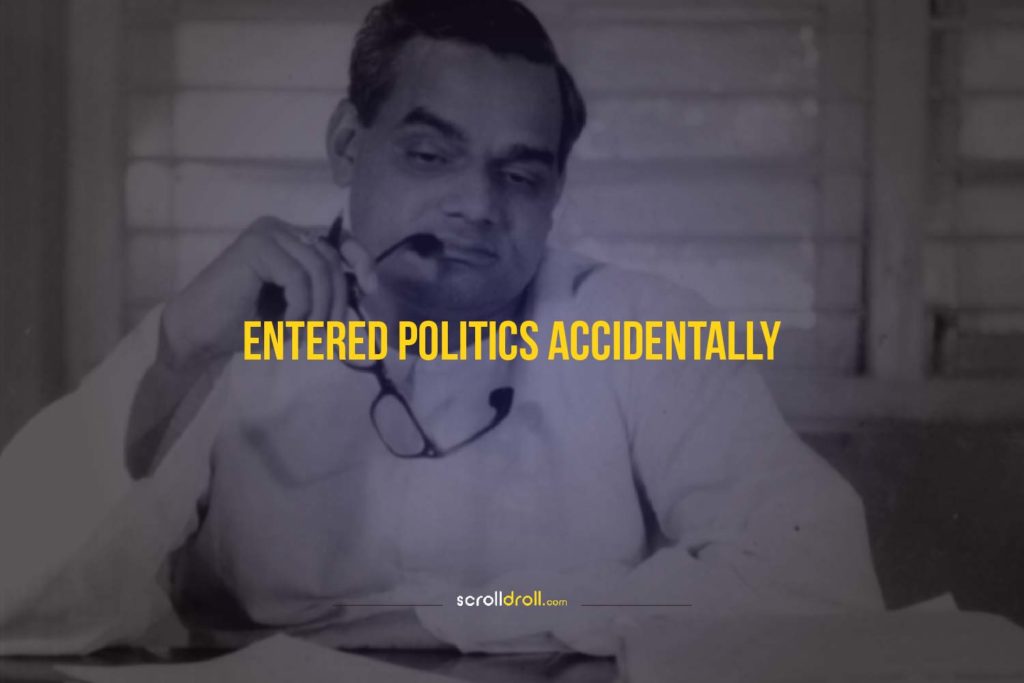 3. His oratory skills had impressed Jawaharlal Nehru to a great extent & he had predicted that Atalji will become Prime Minister of India one day which he proved right 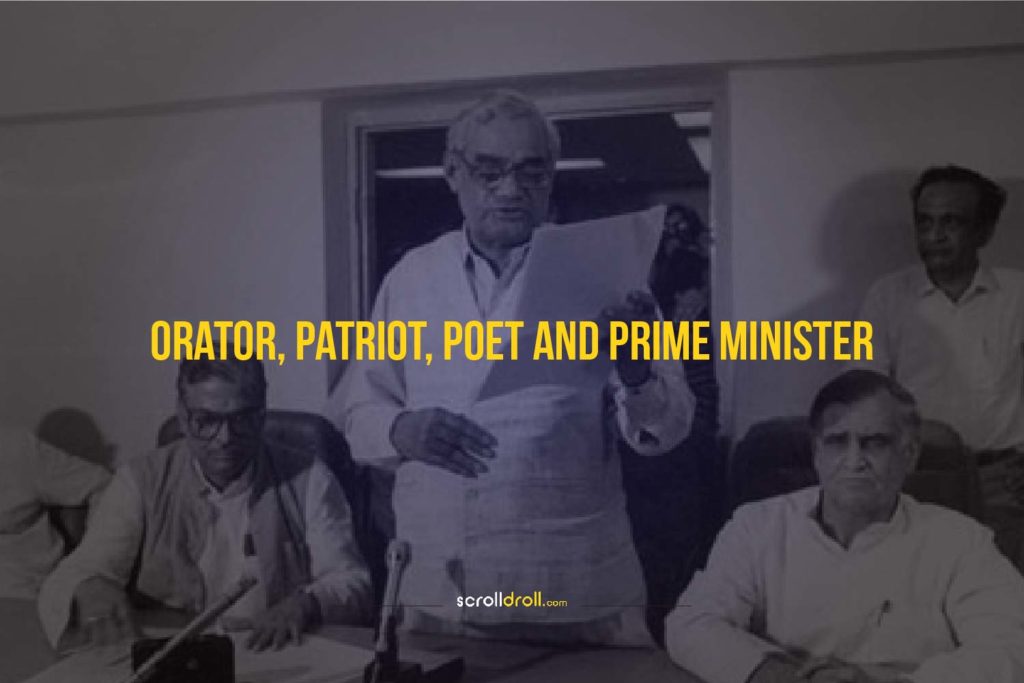 4. Held the highest office for three times & was the first Prime Minister to run a Coalition Government in India with 26 parties 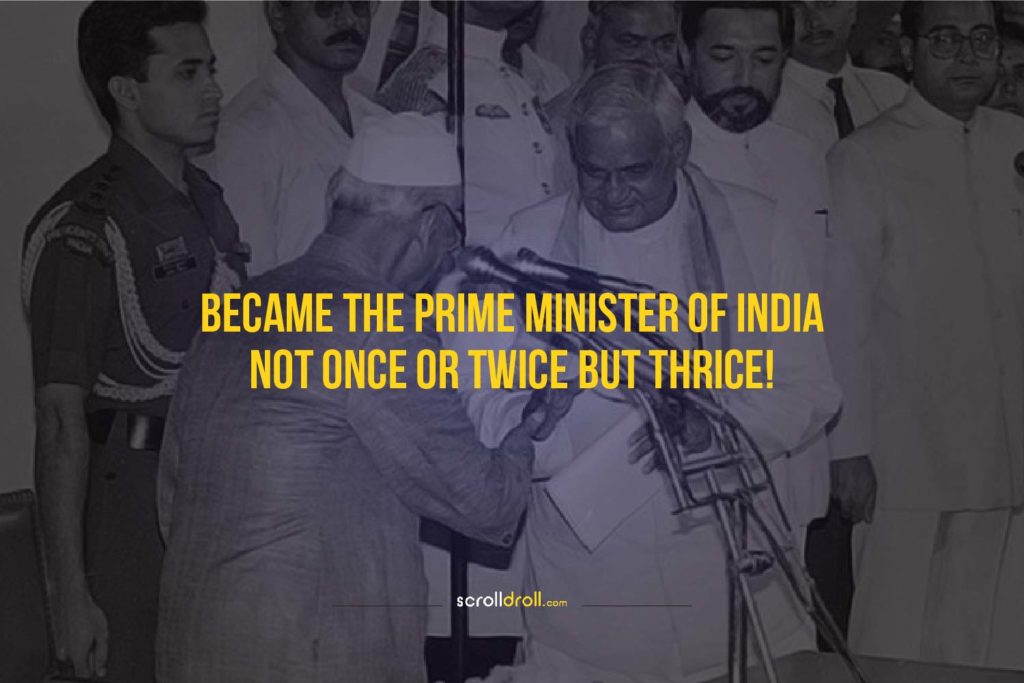 5. The most popular politician & the first ever non-congress PM to serve a full term of 5 years in office, widely respected not only by his followers but also his opponents – A Rare fact in politics 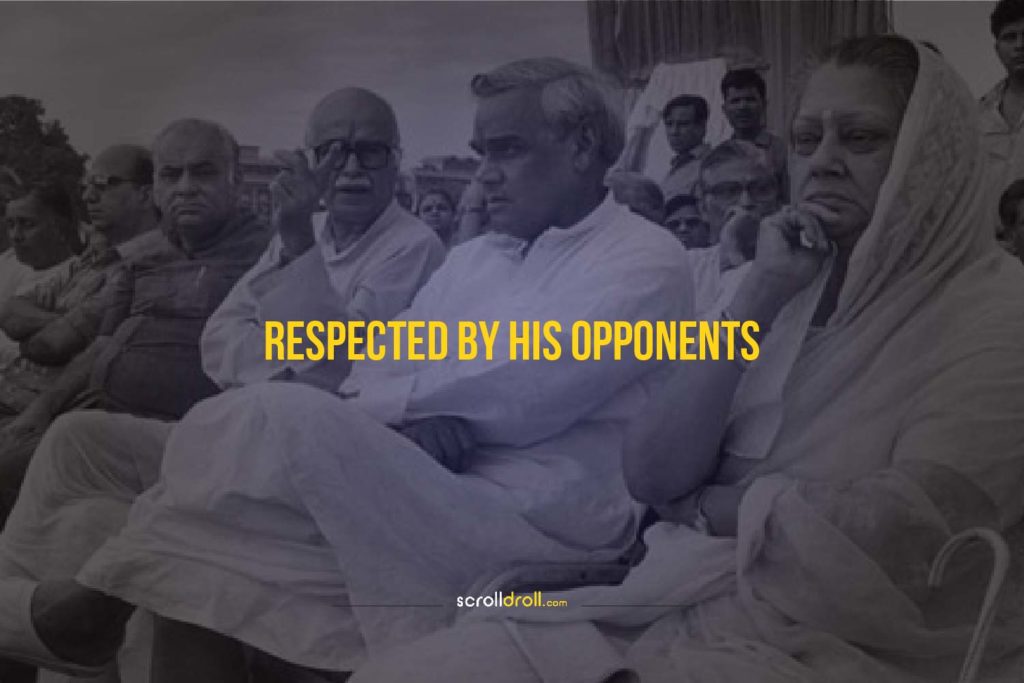 6. Narasimha Rao, former Prime Minister of India, used to treat him as his political guru 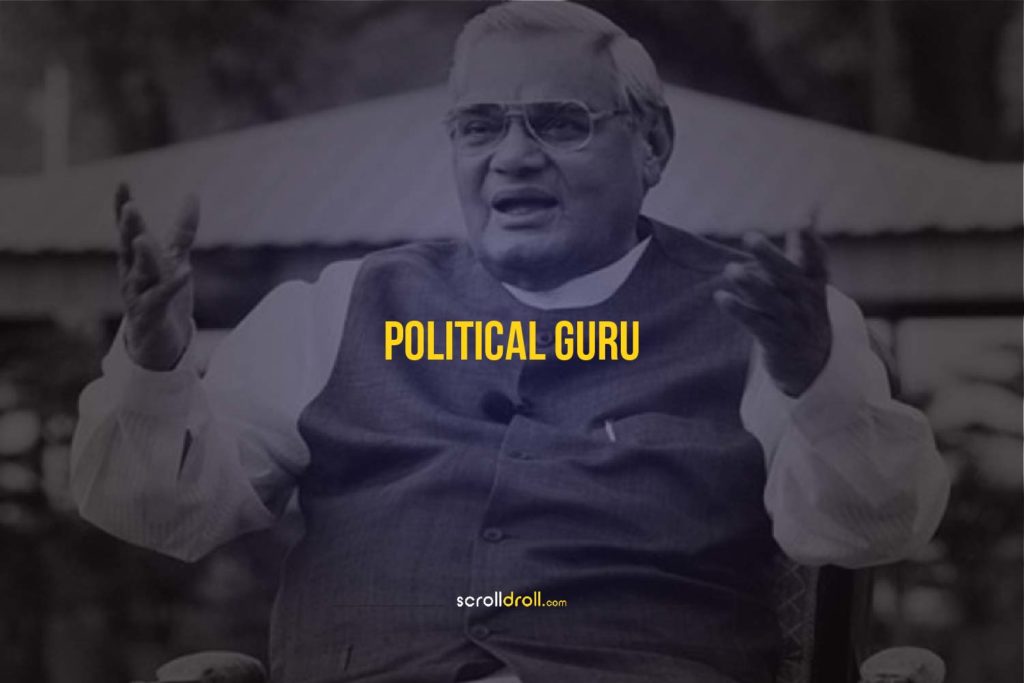 7. His sister used to throw his pants across the wall which he wore outside the house because his father was a government employee and didn’t allow him to wear RSS Khakhi pant 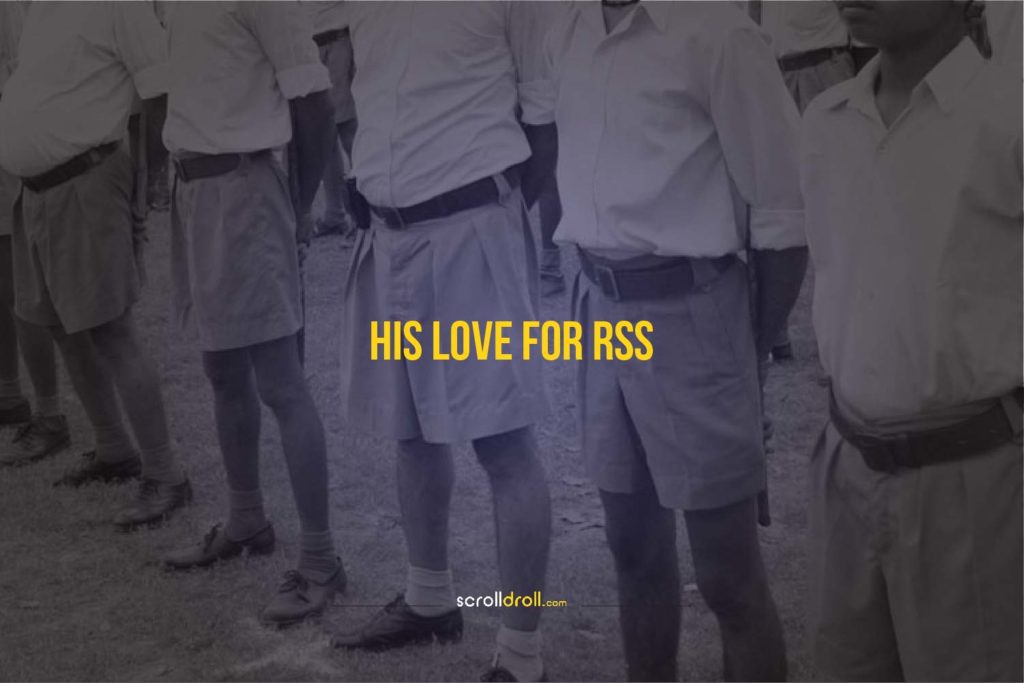 8. Atal Bihari Vajpayee practiced celibacy and didn’t get married. Although, he adopted a daughter whose name is Namita 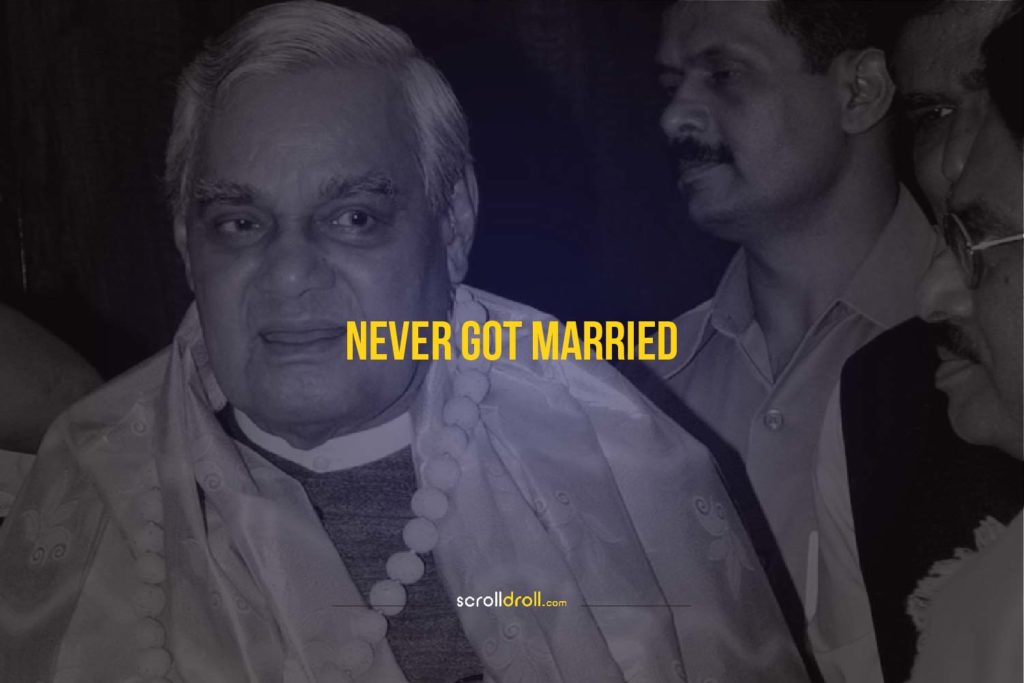 9. Vajpayee ji is the only Parliamentarian who was elected for Lok Sabha, for 10 times, from 4 different states: UP, MP, Gujarat, and Delhi 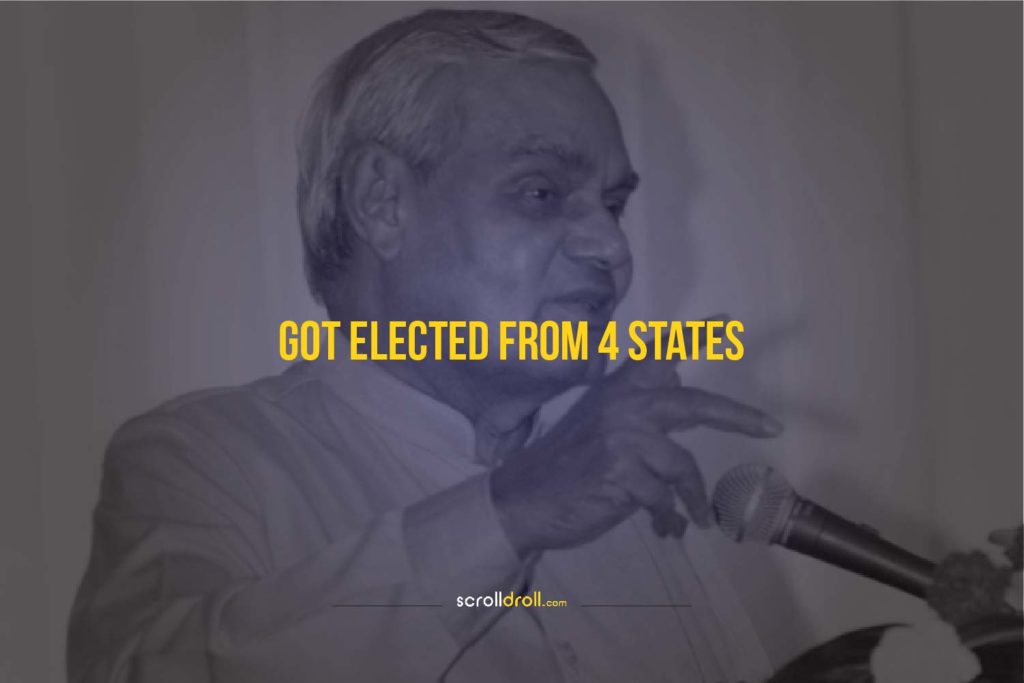 10. Atal Bihari Vajpayee is the first External Affairs Minister & the first person to deliver a Speech in Hindi at the United Nations General Assembly 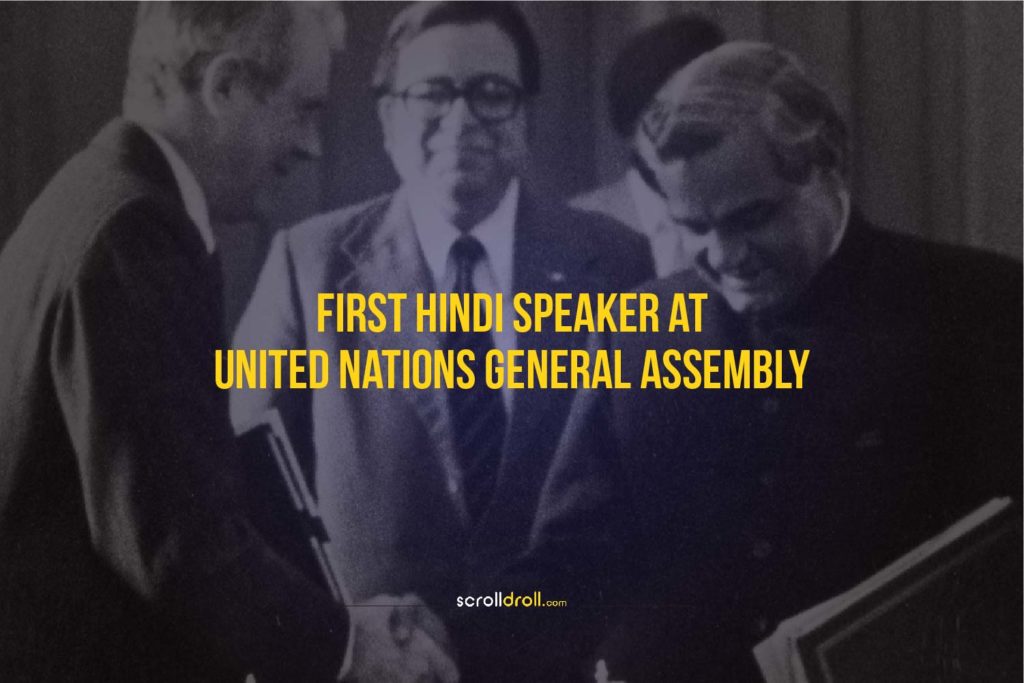 11. Vajpayee ji allowed nuclear weapons and their testing. The Pokhran nuclear test was held during his tenure 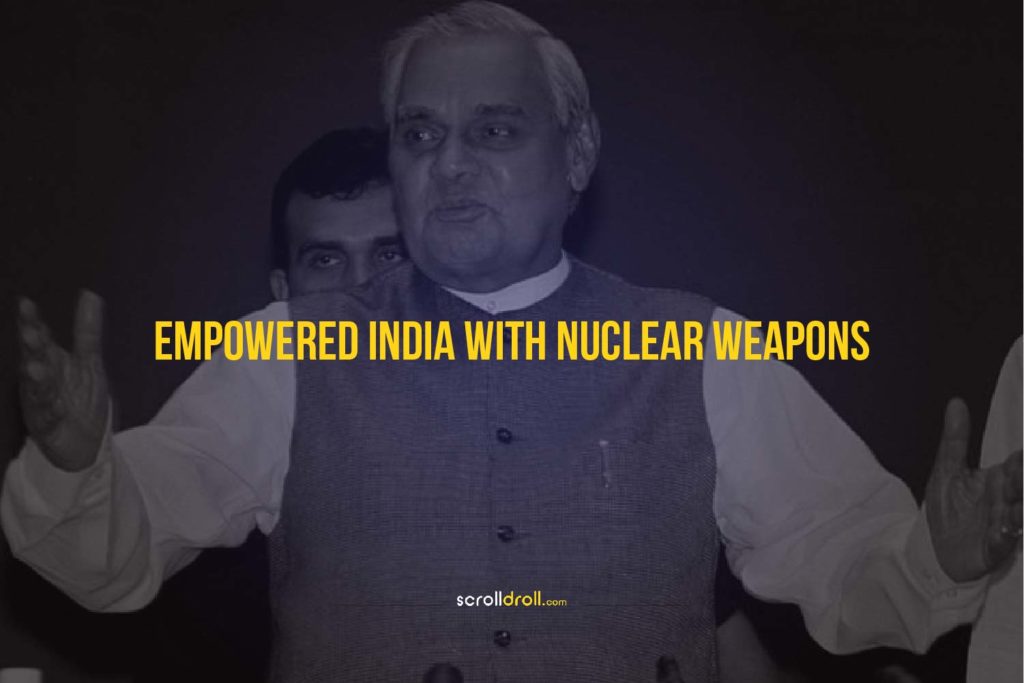 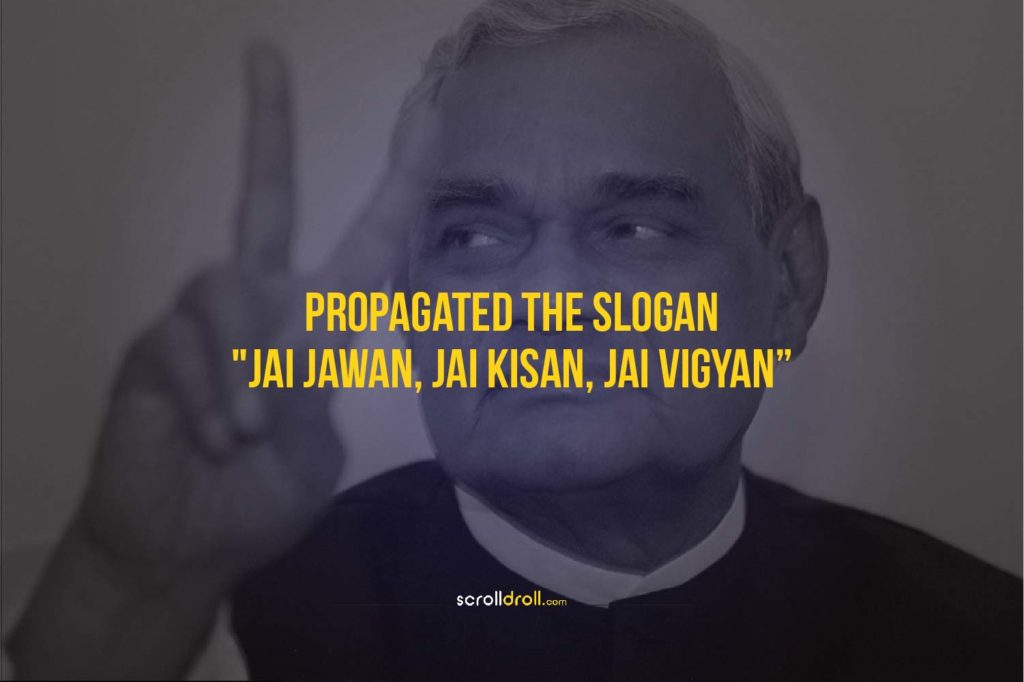 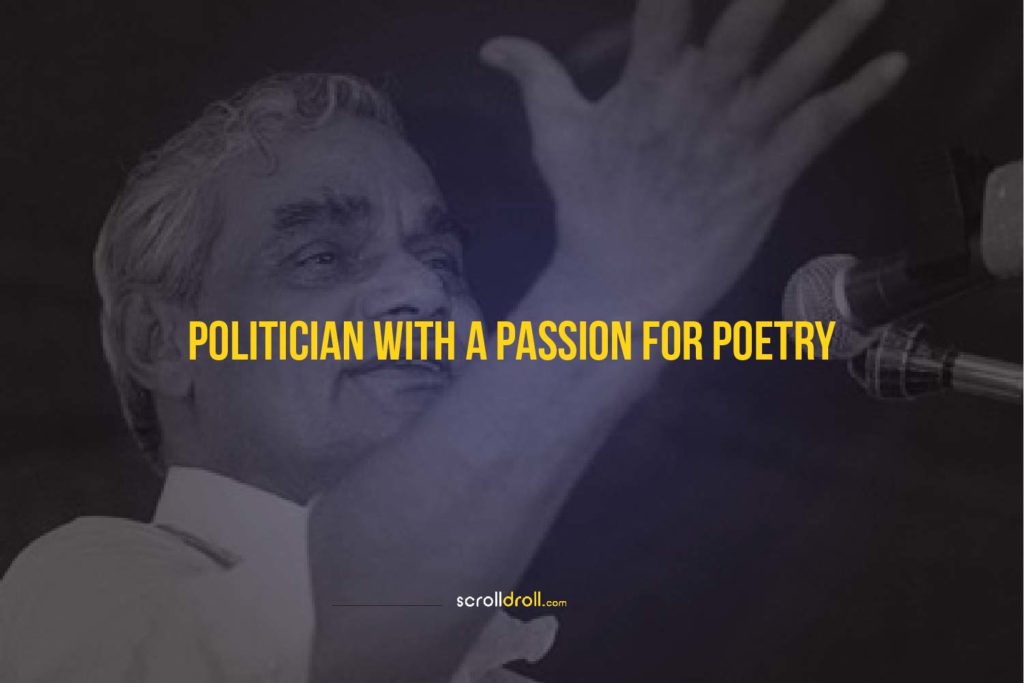 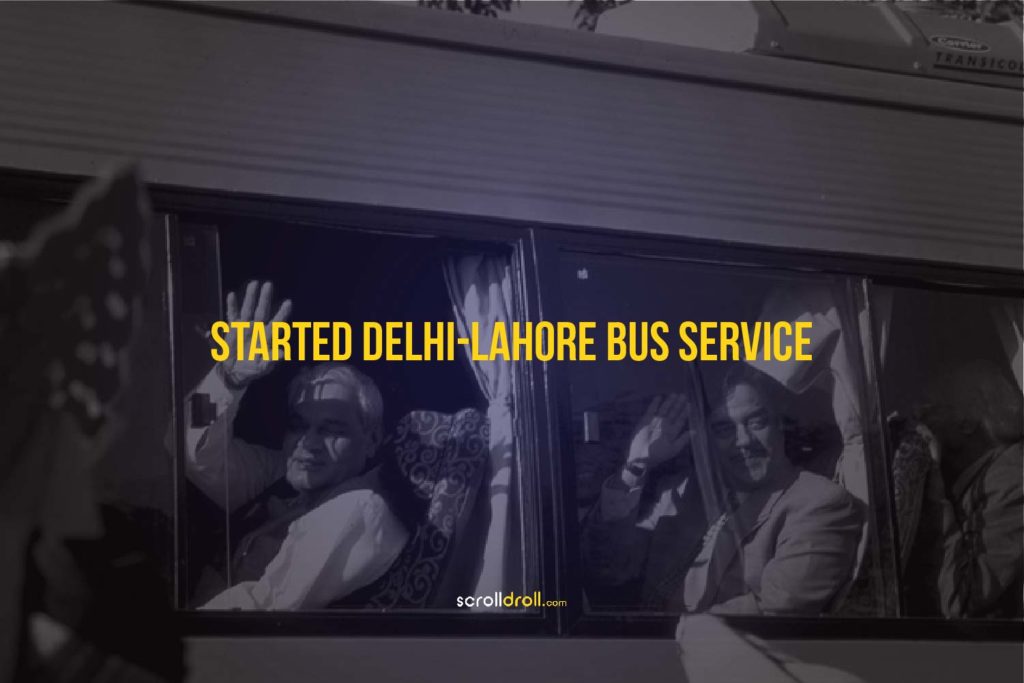 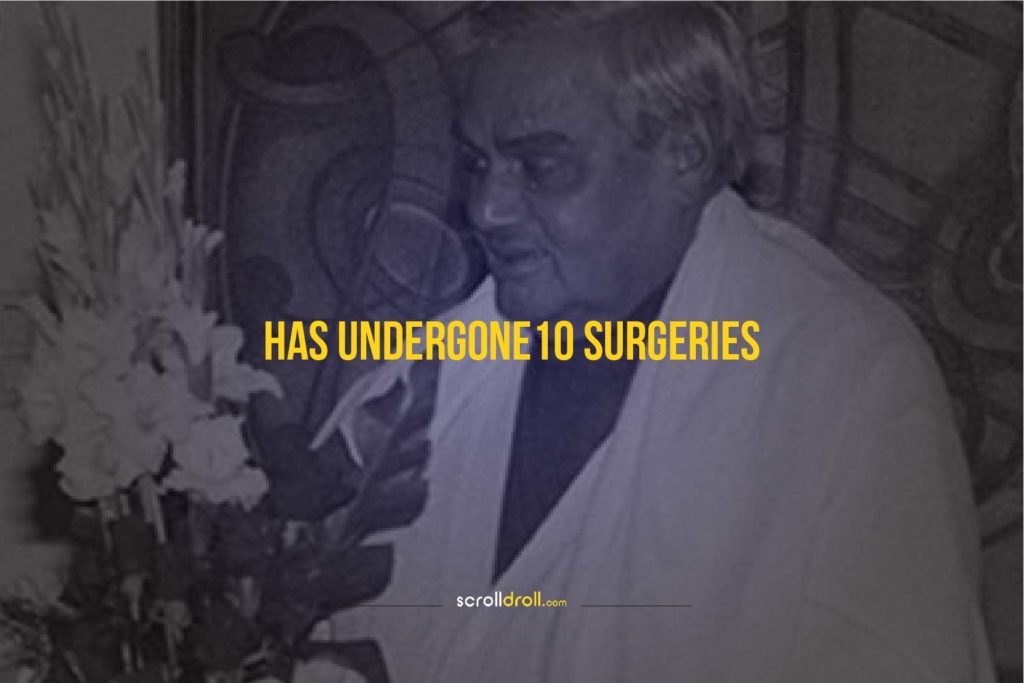 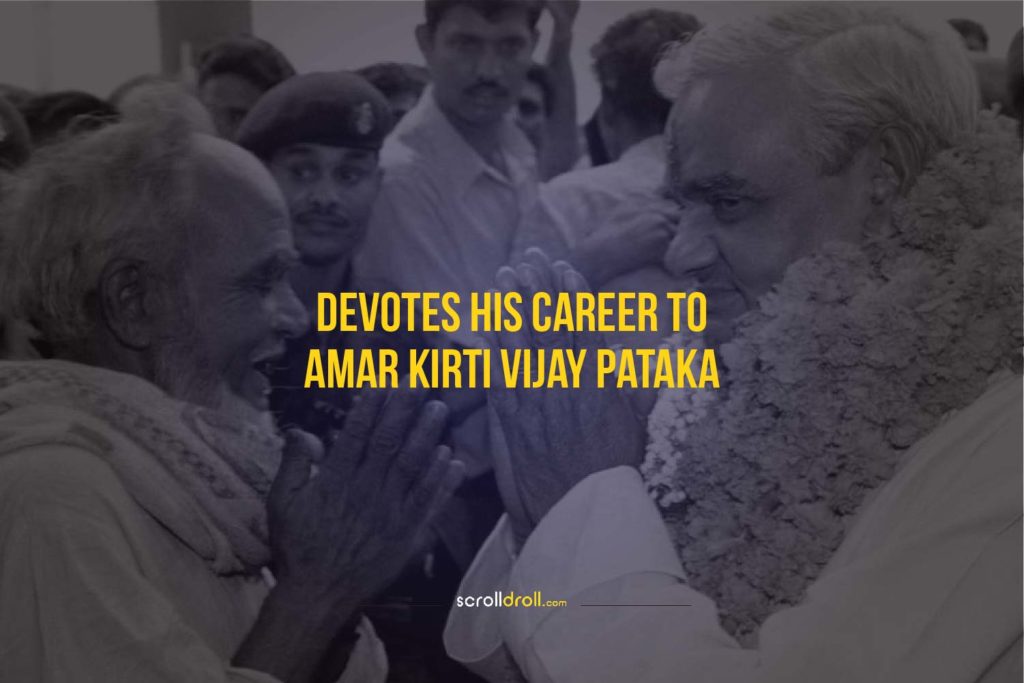 17. His birthday (25th December) has been declared as Good Governance Day by the NDA 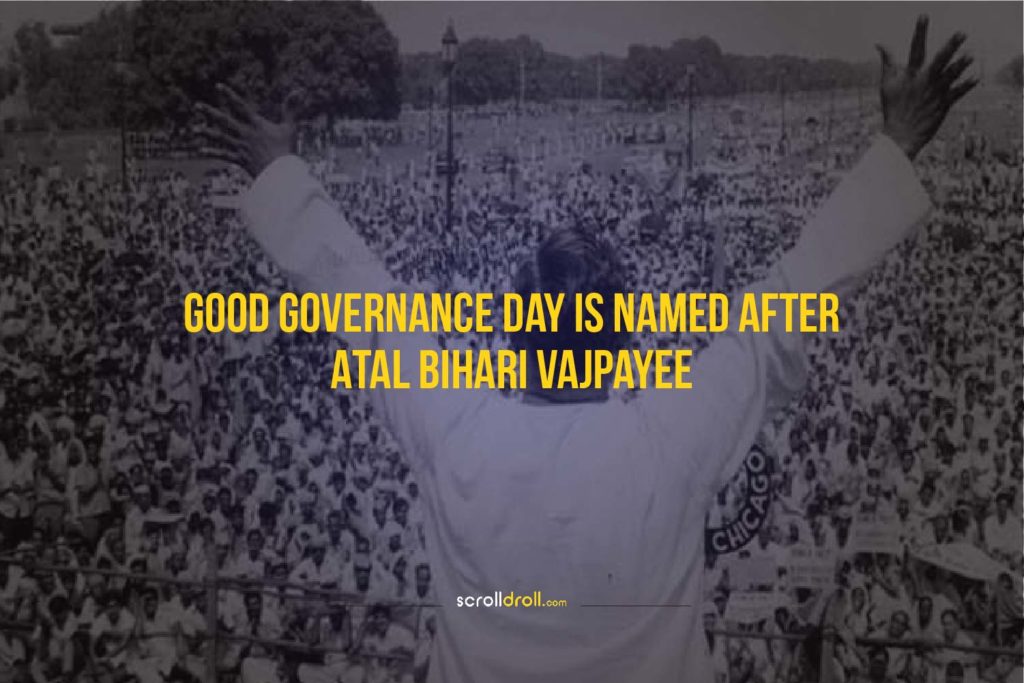 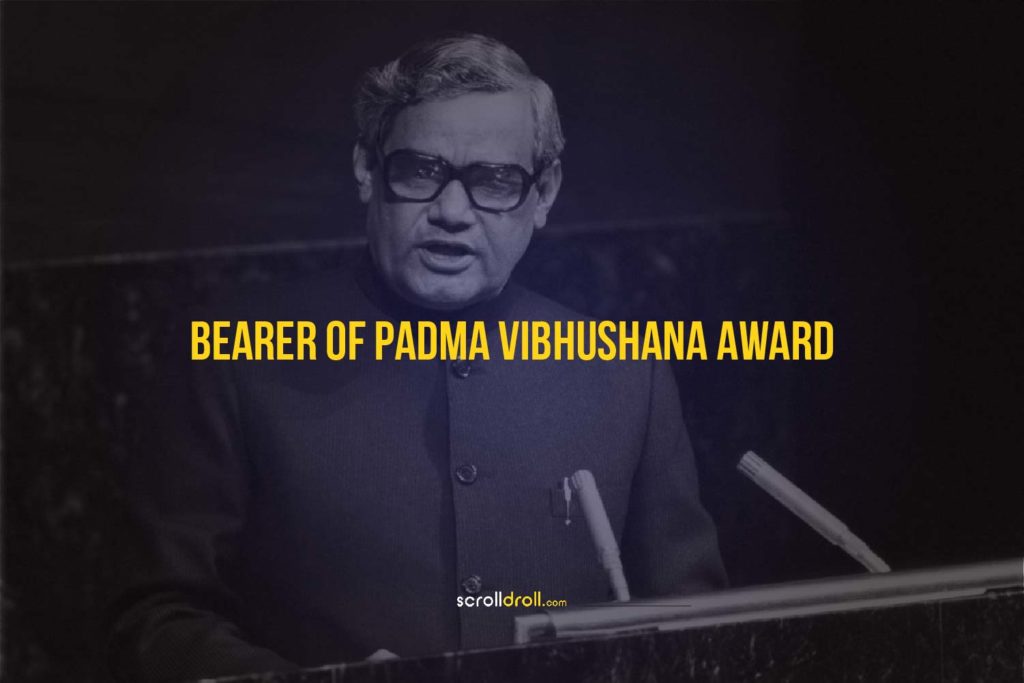 Atal Bihari Vajpayee had a great run as the Prime Minister and reshaped India in many ways. With his sheer political intelligence, he not only became an epitome of leadership but also won the hearts of many with his wit and poems.

We wish to have more leaders like him & will dearly remember him!