Bijayananda Patnaik, better known as Biju Patnaik or simply Biju Babu, is one of the most revered and popular figures in the history of Odisha. A pilot, a freedom fighter, a visionary, a revolutionary, a politician! Biju Babu was all of these and so much more. In the 8 decades that he spent on this earth, he established himself as the leader of the masses and an inspiration for generations to come. If we think of it, in a way, his life was not less than a movie. Let’s have a look at some of the most interesting facts about Biju Patnaik- The Pride of Odisha.

Biju Patnaik had a mixed heritage, his father Lakshminarayan Patnaik was Odia while his mother Ashalata Devi was Bengali. 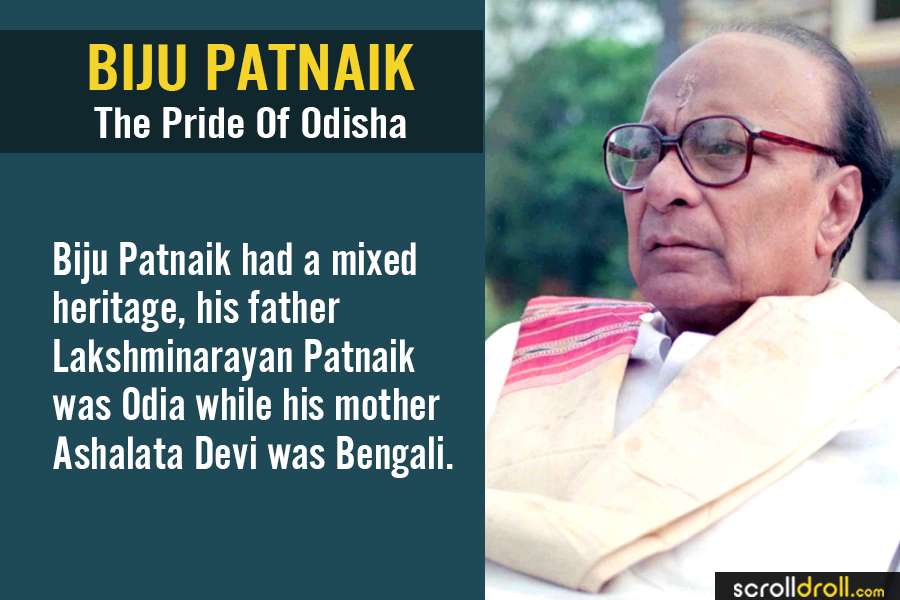 He served as the Chief Minister of Odisha for two consecutive terms from the year 1990 to his death in the year 1997. 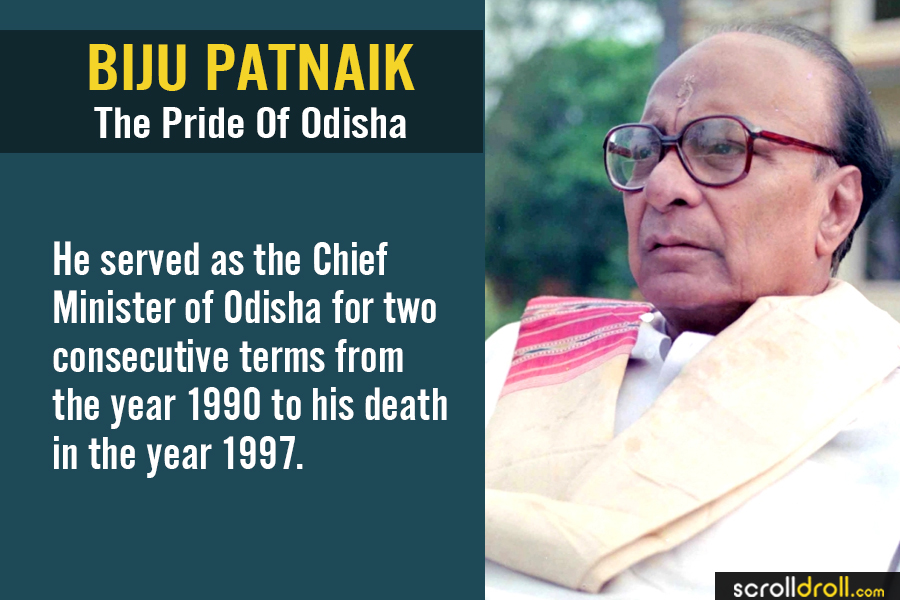 He is known to have spearheaded several projects such as setting up the Kalinga Airlines, The Port of Paradip, Regional Engineering College (now NITR), Kalinga tubes, Kalinga Refractories, Kalinga newspaper, etc. He supported and boosted the industrial and academic growth of the state of Odisha. 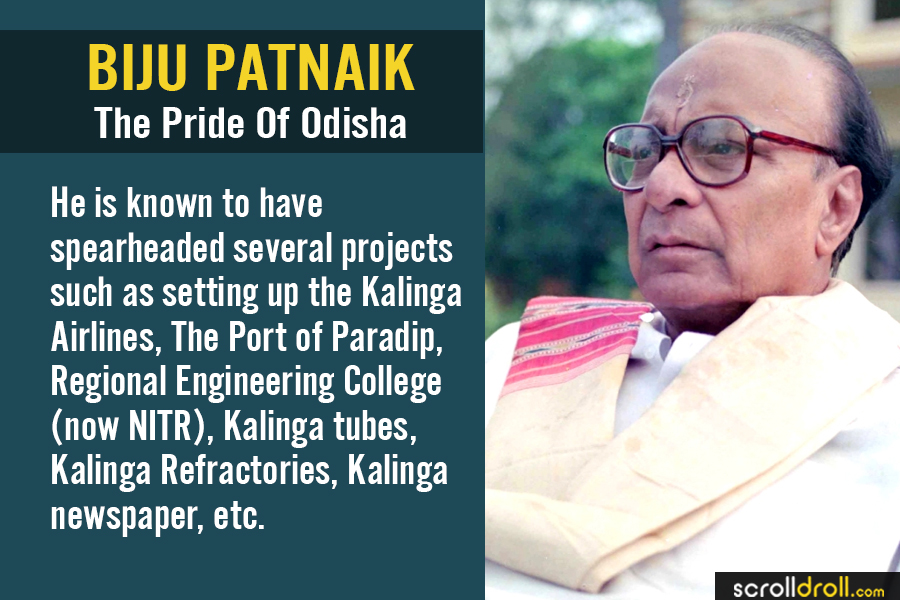 During the struggle for the Independence of India, his house at Delhi served as a safe house for several freedom fighters. So much so that his house came to be popularly known as Absconder’s paradise. 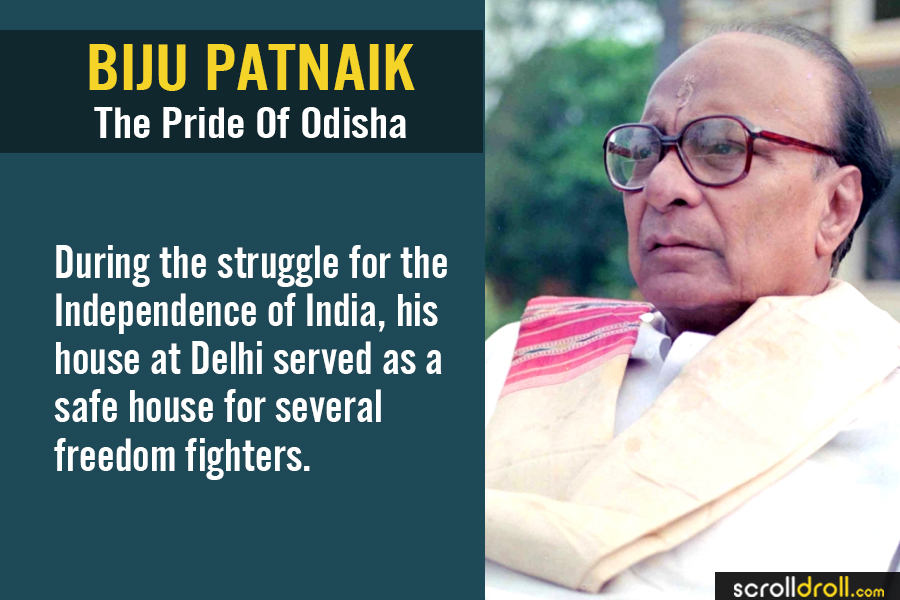 5. Arrest during the Emergency

He spent 2 years in jail after the Emergency was declared in the nation in the year 1975. Most of the other oppositional leaders also faced the same fate. 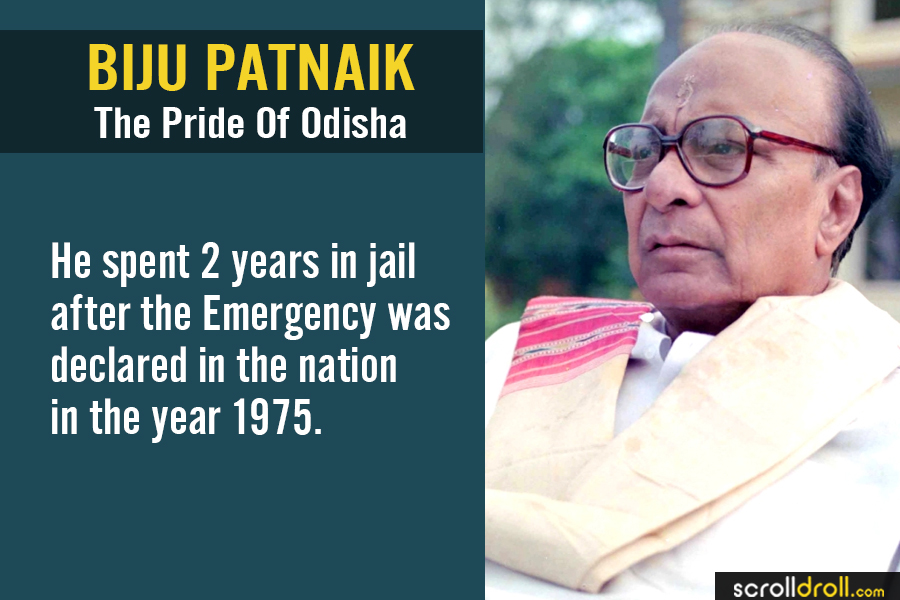 Being the President of the Kalinga Foundation Trust, Biju Baba made a donation in the year 1952 to set up the Kalinga Prize for the Popularisation of Science. The prize is awarded by UNESCO to people who present their scientific ideas in a way that reaches the masses. 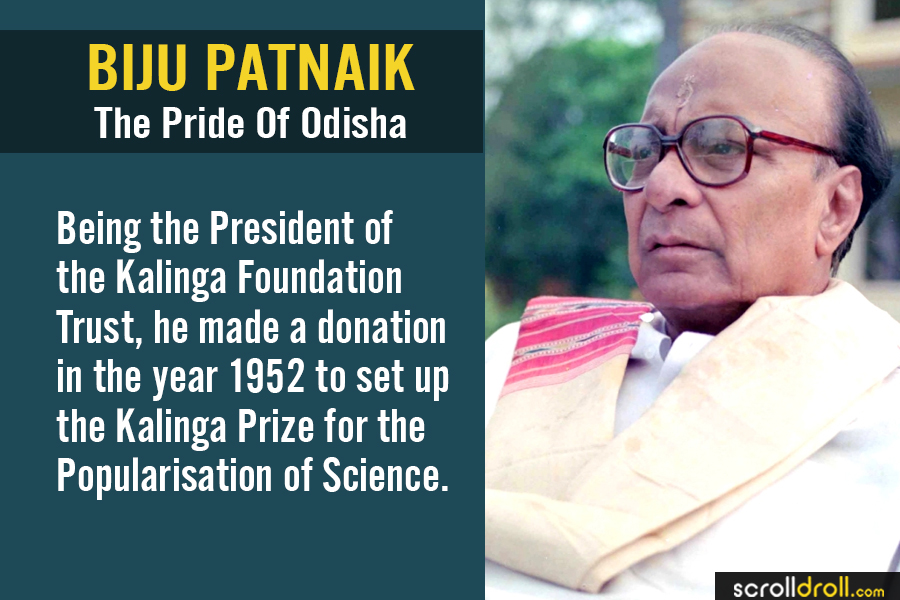 Biju Babu had a great interest in playing bridge. He was also an avid cyclist. He is known to have cycled all the way from Cuttack to Peshawar in the year 1932 on the ‘Visit India Mission’ to spread the message of humanity. He accomplished this feat by covering a distance of roughly 4500 miles. 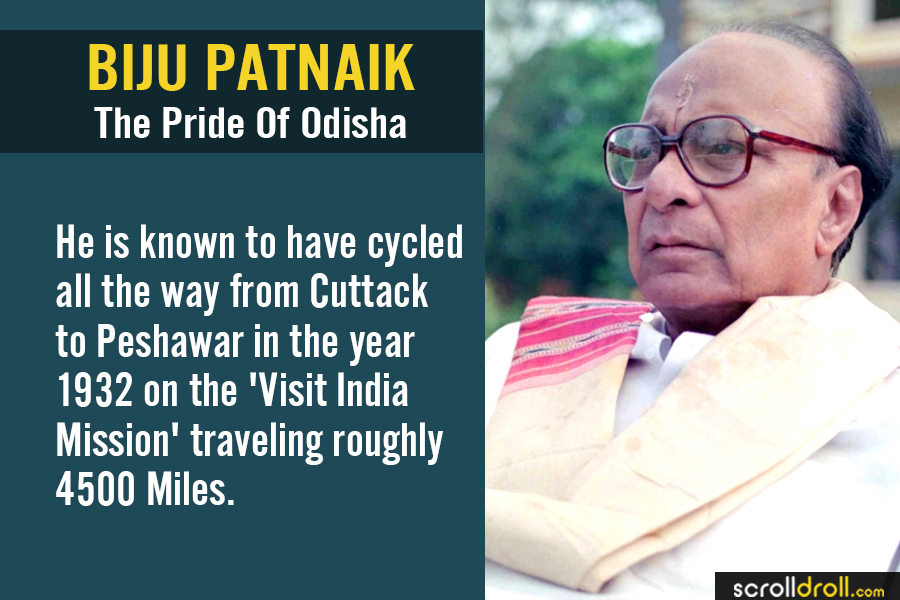 He was elected as a member of the Legislative Assembly in Odisha, representing the North Cuttack constituency, even if didn’t contest in it. 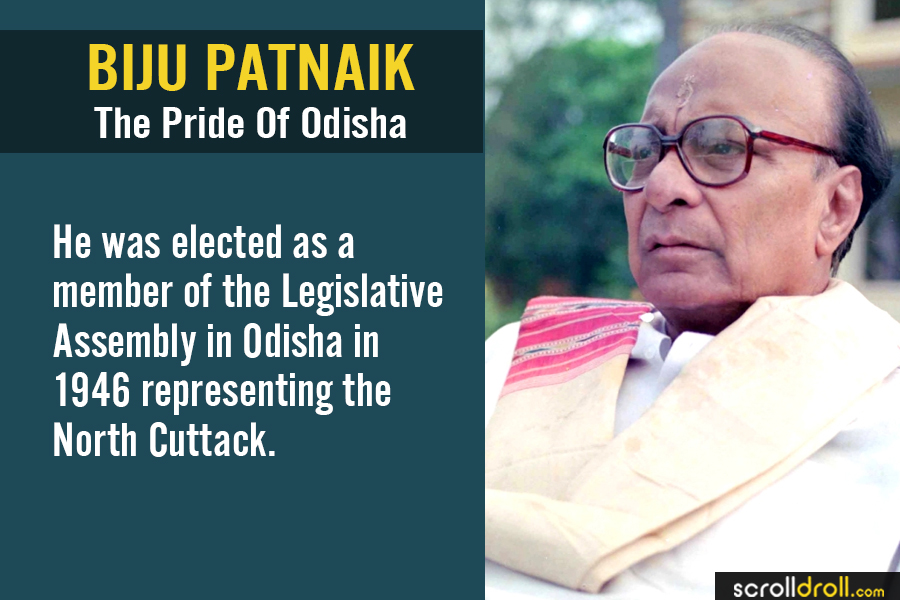 9. Role in the first war of Kashmir

Patnaik, under the instructions of Jawaharlal Nehru, flew the 1-Sikh regiment commanded by Lt. Col. Dewan Ranjit Rai into Srinagar, Kashmir in October 1947 under the very noses of the enemies. 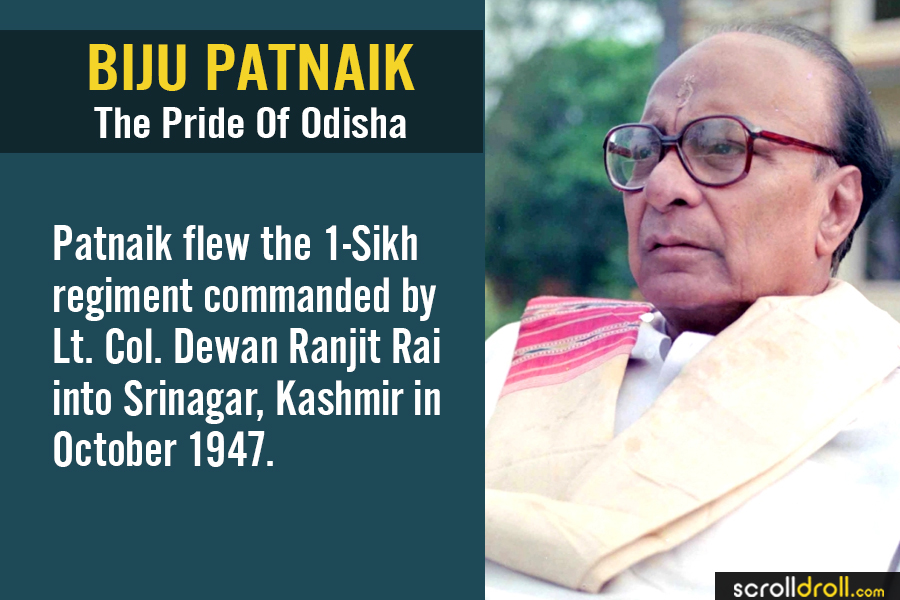 The former Prime Minister of Indonesia, Sjahrir, was unable to leave the Dutch-controlled Indonesia in order to attend the first Inter-Asia conference. It was really necessary for him to go out there in order to fetch an international opinion against the Dutch. Biju Patnaik, being a pilot, along with his wife (who was also a pilot) flew to Indonesia and helped Sjahrir and several other revolutionaries in escaping. He was awarded the ‘Bhoomi Putra’ as well as the Bintang Jasa Utama awards, the highest honorary awards of Indonesia for his act of bravery. 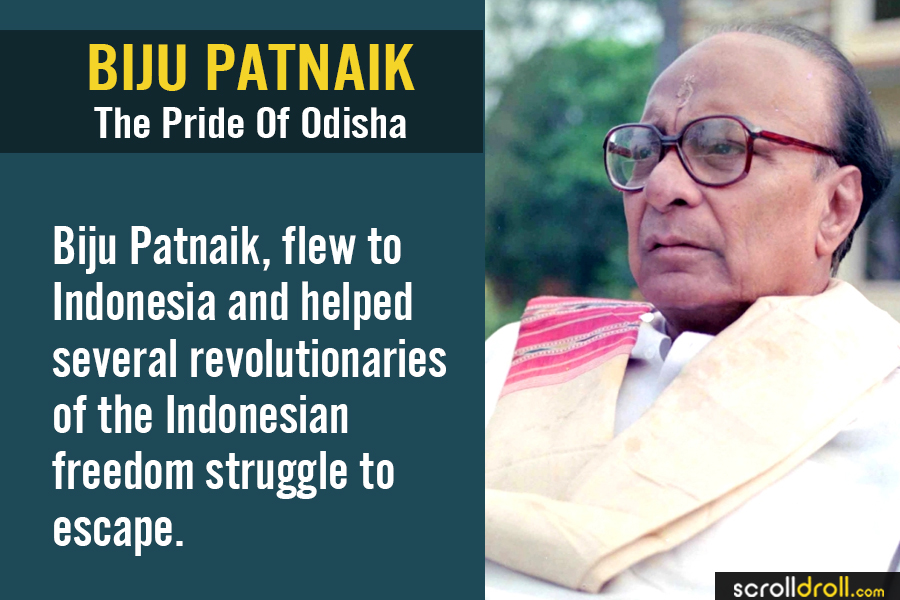 Indonesia’s first female president Megawati Sukarnoputri (Sukarno’s daughter) was named Megawati based on the suggestion of Biju Patnaik and his wife Gyan. 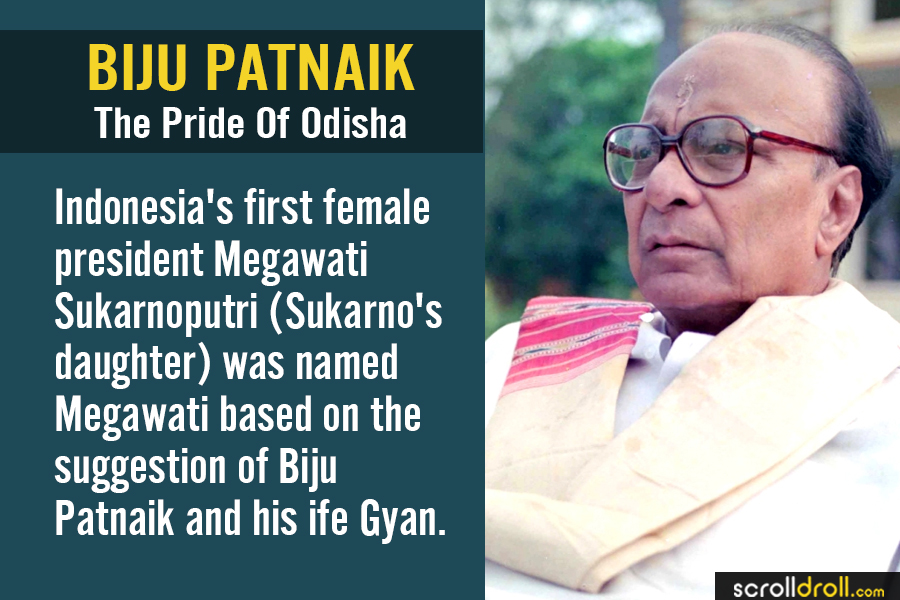 Under the stewardship of Biju Babu, the CIA and Indian Intelligence helped form the Tibetan Guerilla Force which boosted the Tibetan resistance against the People’s Republic of China in the year 1962. 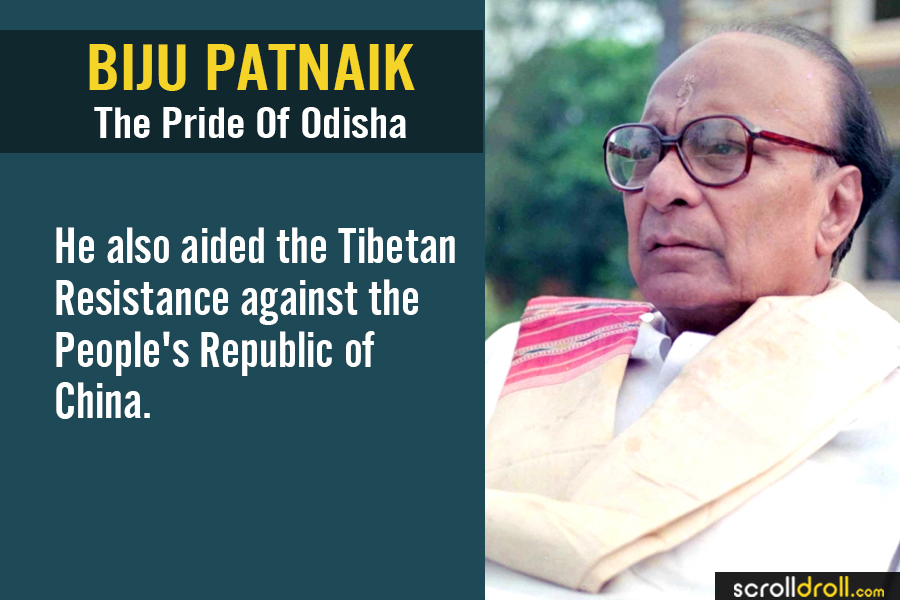 Determined to fight against the Axis forces, Biju Patnaik had helped the Soviet army during their war with the forces of Hitler’s Germany. He was awarded by the Russians for the same. 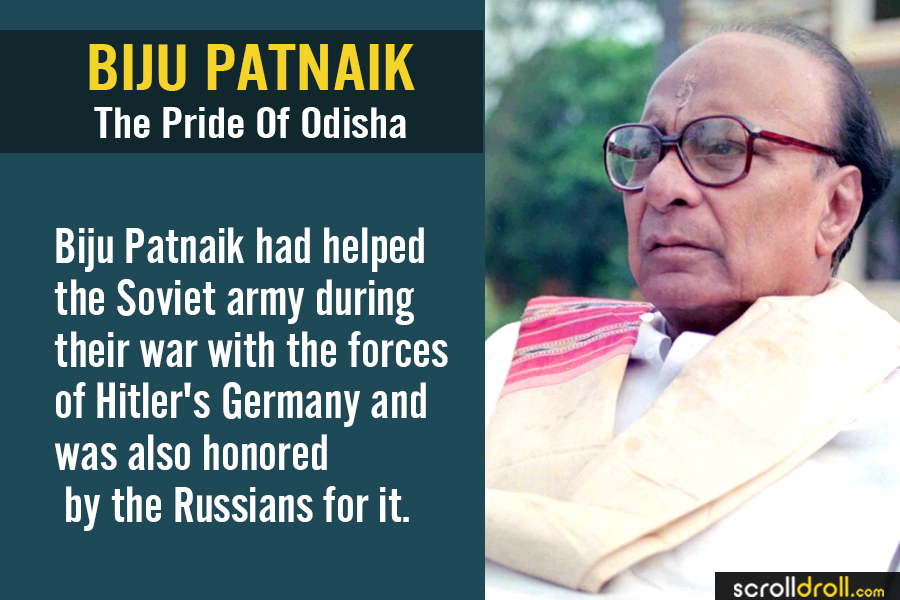 He joined the Royal Airforce of the British Empire at the beginning of the Second World War. During World War II, Biju Patnaik rescued several British families that were imprisoned by the Japanese for which he was awarded. But later he was imprisoned in 1943 for helping the freedom fighters with their clandestine missions. 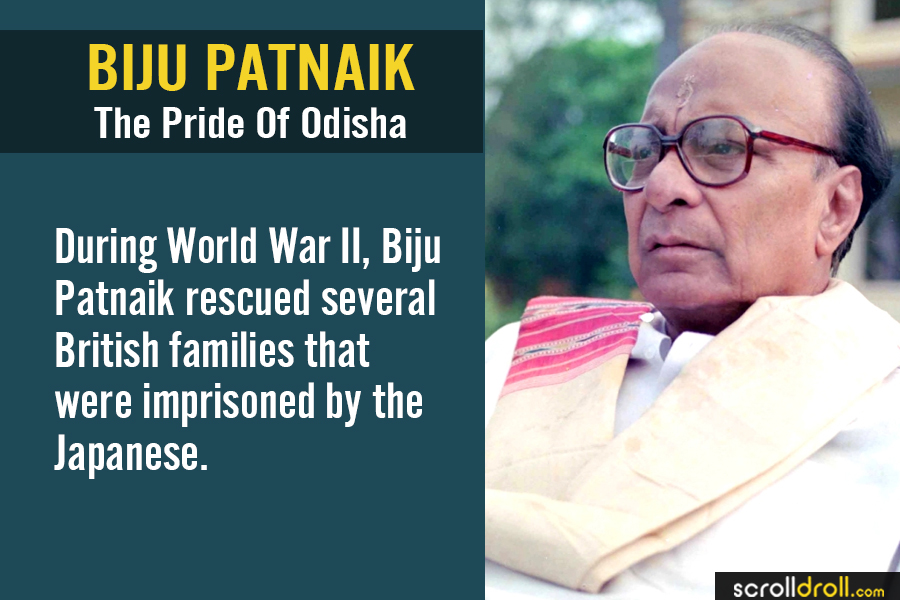 Upon his death, Biju Patnaik’s body was wrapped in the flags of three countries- India, Russia, and Indonesia, all honouring his bravery. 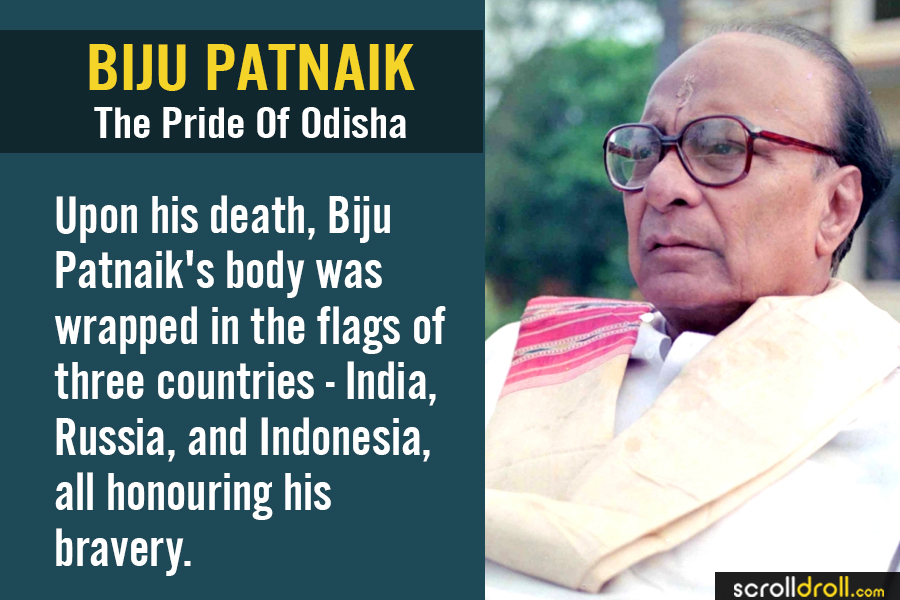