By Anwesha Tripathy Last updated Jan 26, 2023 2,596
We have all enjoyed the joys of using various top-notch brands in the world, but little do we know about their origins and behind the stage stories. Here, we have put together some of the most interesting facts about brands that you probably had never heard before.

Now, let’s get back to our list of the most interesting facts about brands! 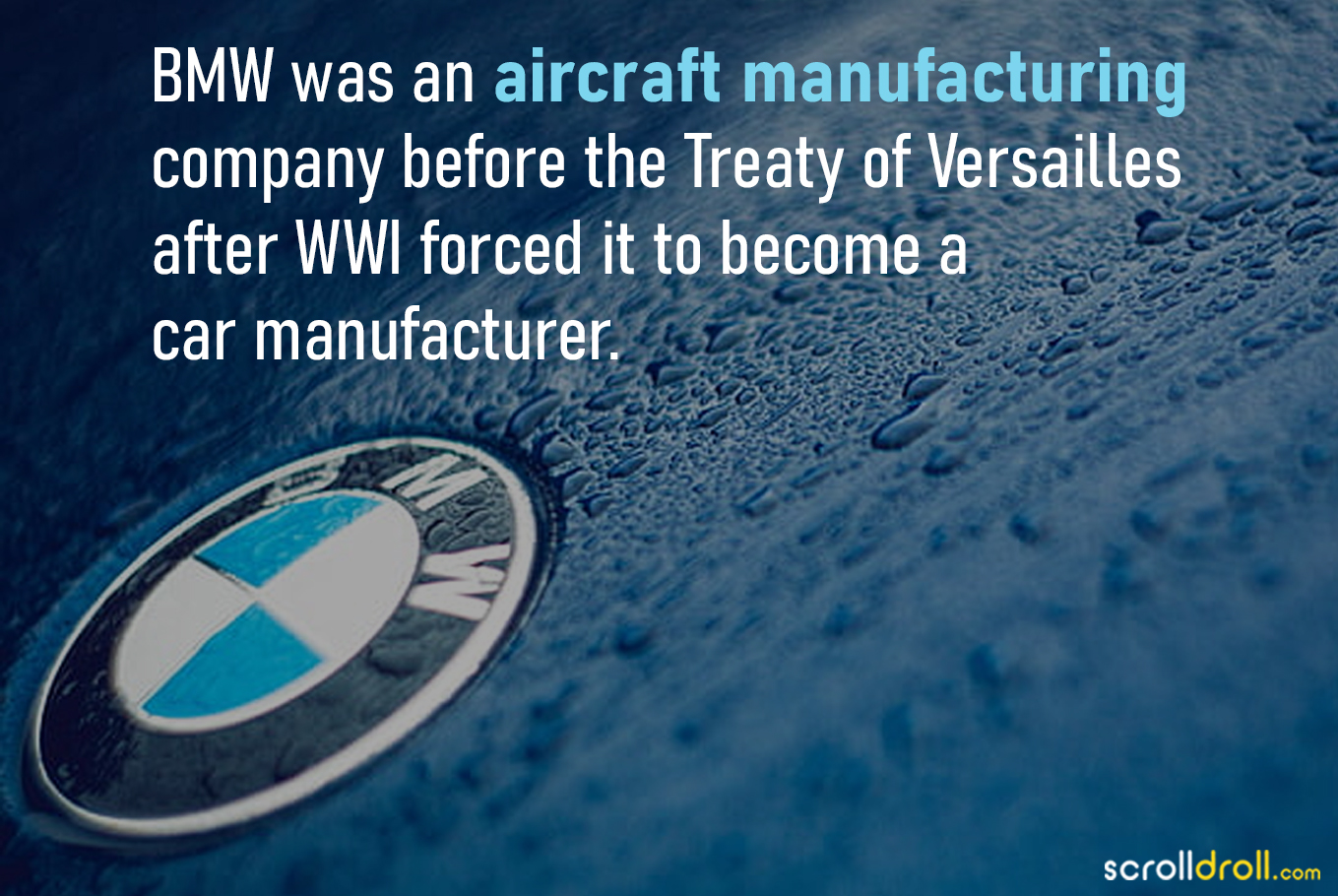 2. Fanta was created in Nazi Germany
After the US established a trade embargo against Nazi Germany, it became impossible for Coca-Cola Deutschland to import the syrup required to manufacture their soft drink. To counter this, the head of Coca-Cola Deutscland, Max Keith, decided to concoct a completely new soft drink from the materials available in Germany, and came up with Fanta. He famously called it the “leftover of leftovers.” 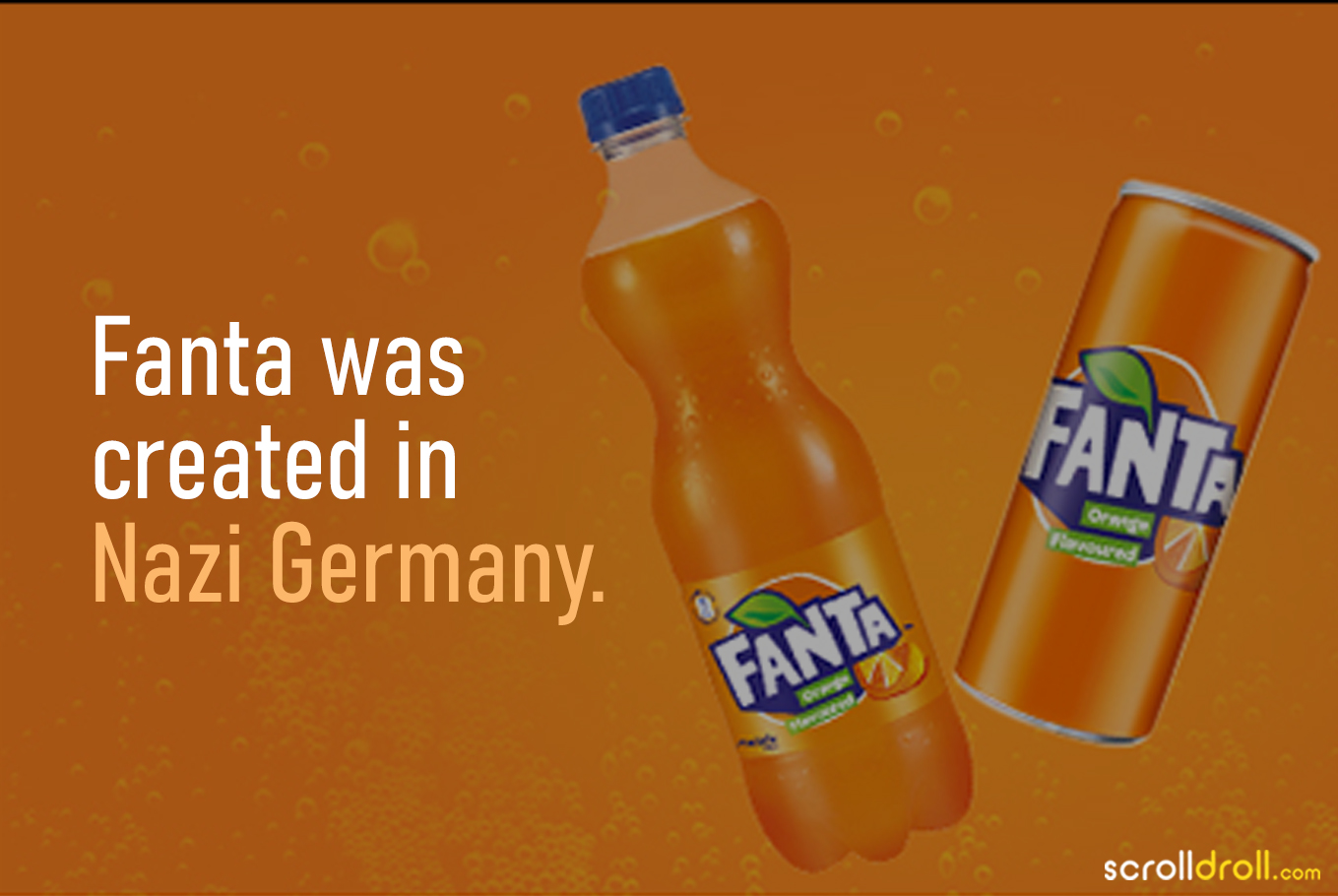 3. Blackjack saved FedEx
FedEx was facing huge losses and was on a verge of shutdown when owner Fred Smith impulsively went to Las Vegas and won $27,000 (back in the 1970s) playing Blackjack. 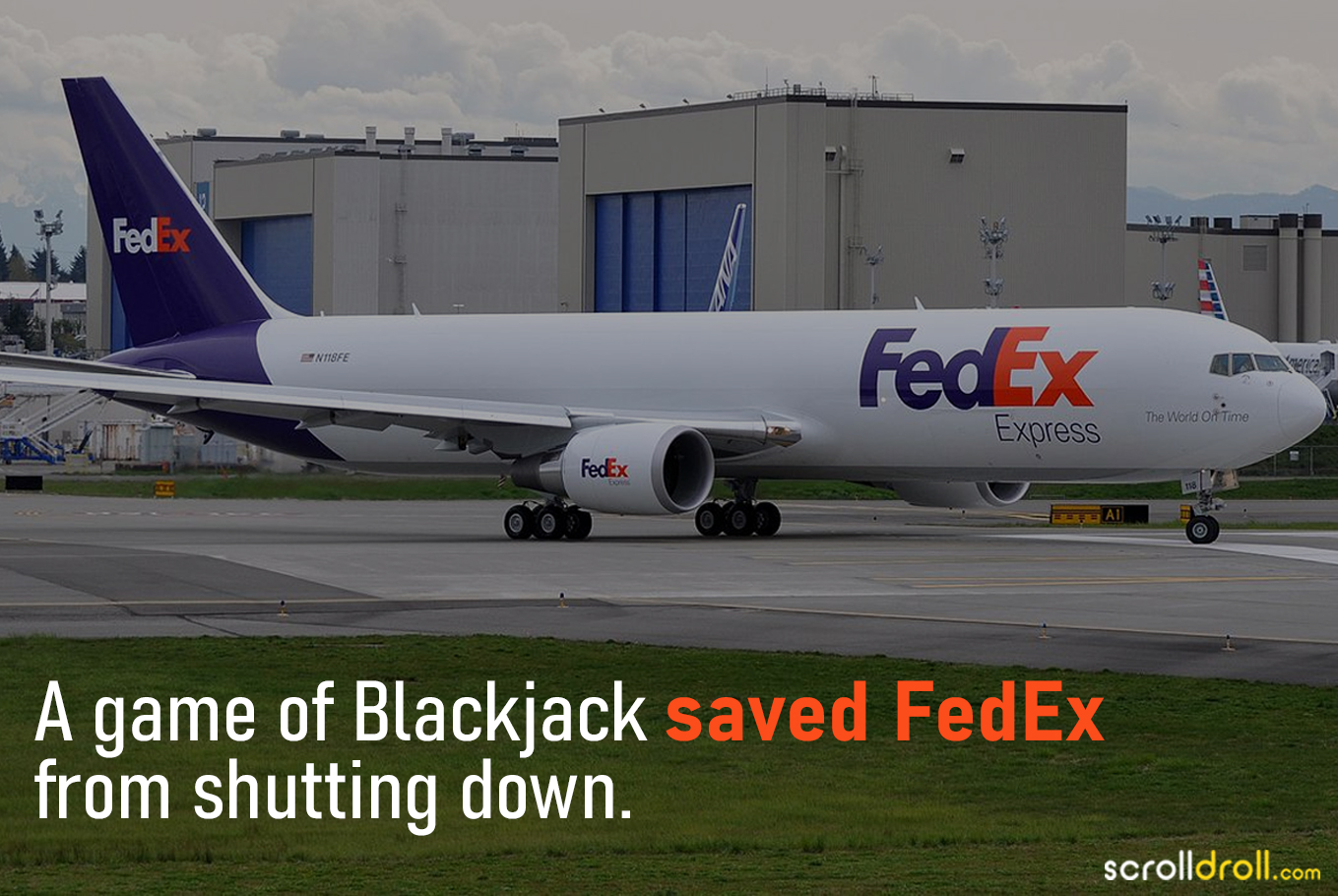 4. That’s some Yum money all in one place.
KFC, Pizza Hut, and Taco Bell are all operated by the same company, Yum! Brands. 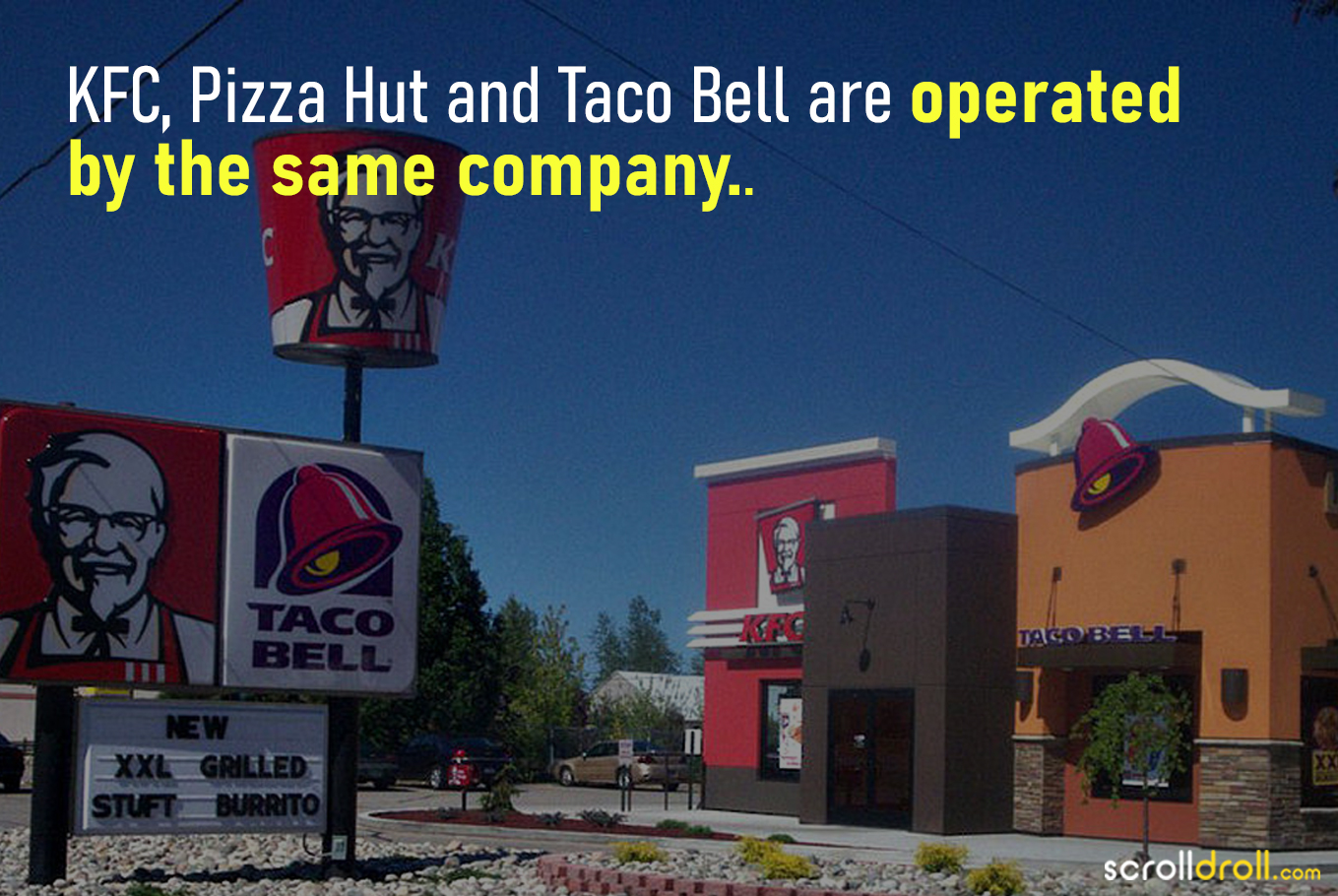 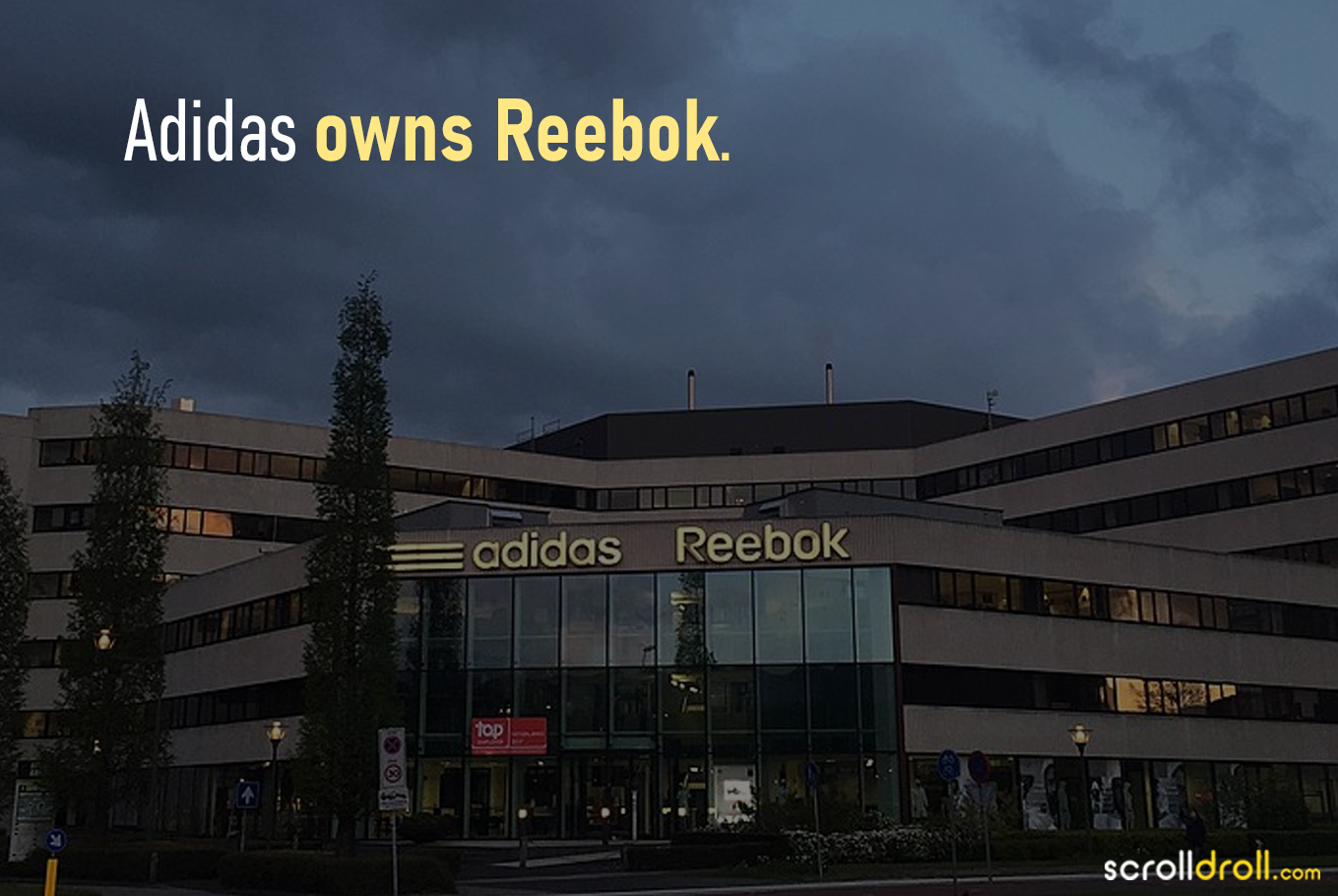 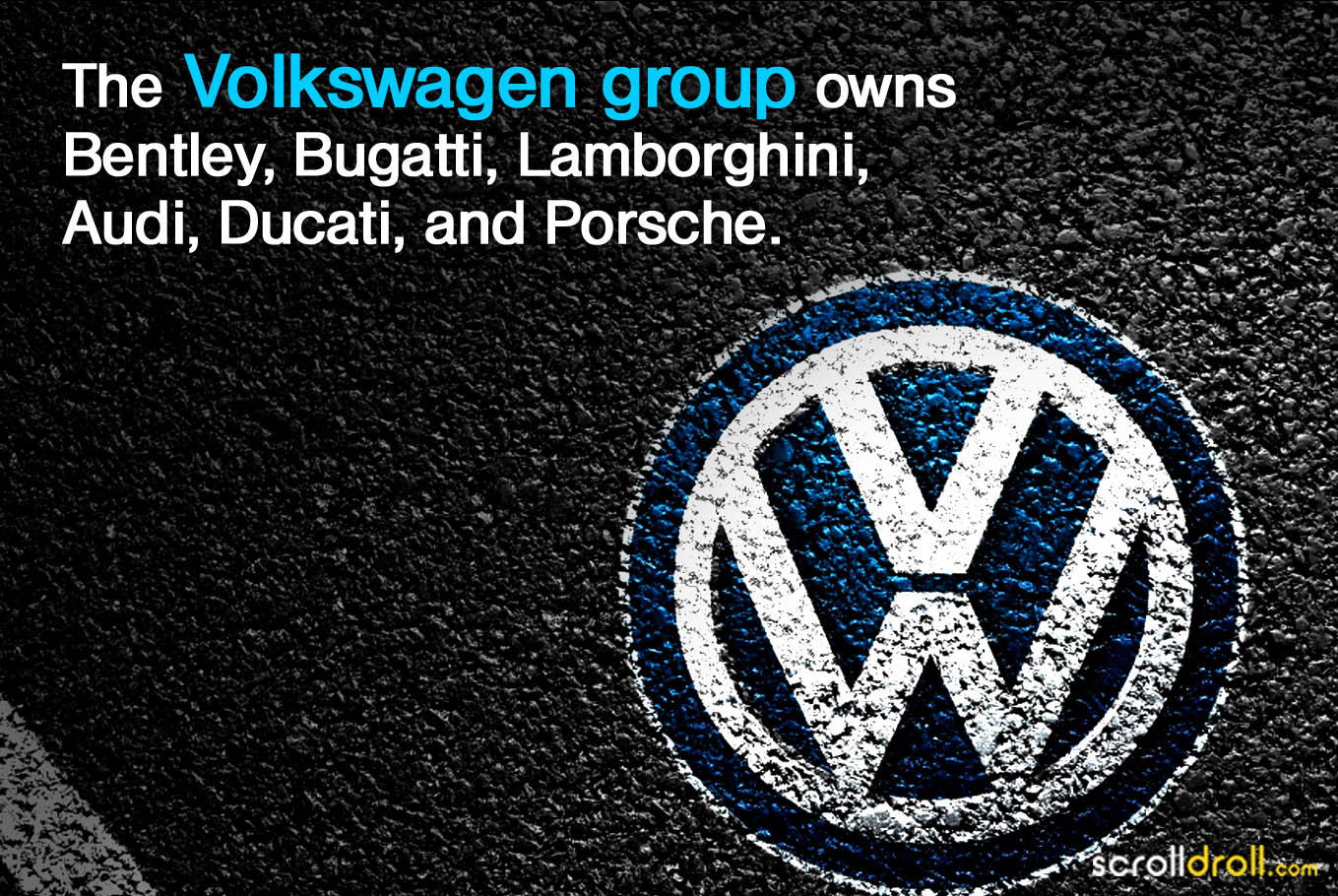 7. Hitler’s legacy lives on.
In 1937, the German Labour Front, the labour organisation under Nazi Party, founded Volkswagen. Back then, most cars were unaffordable to the Germans, who were still reeling from the economic devastation caused by the first world war. Hitler’s government, thus, came up with a project to develop a “people’s car” which ultimately birthed Volkswagen. 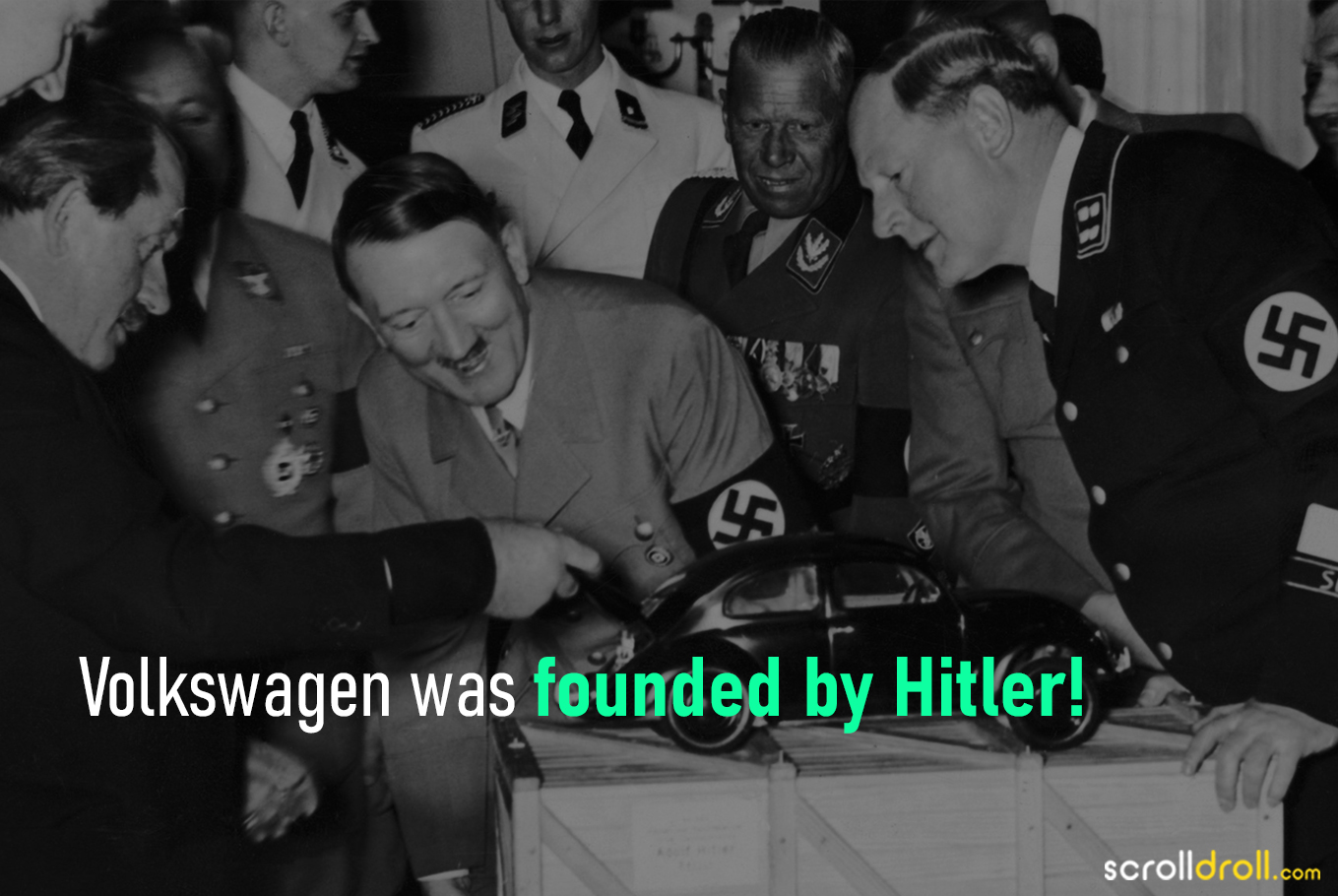 8. You could book a chopper to go shopping.
Uber runs choppers in Dubai. 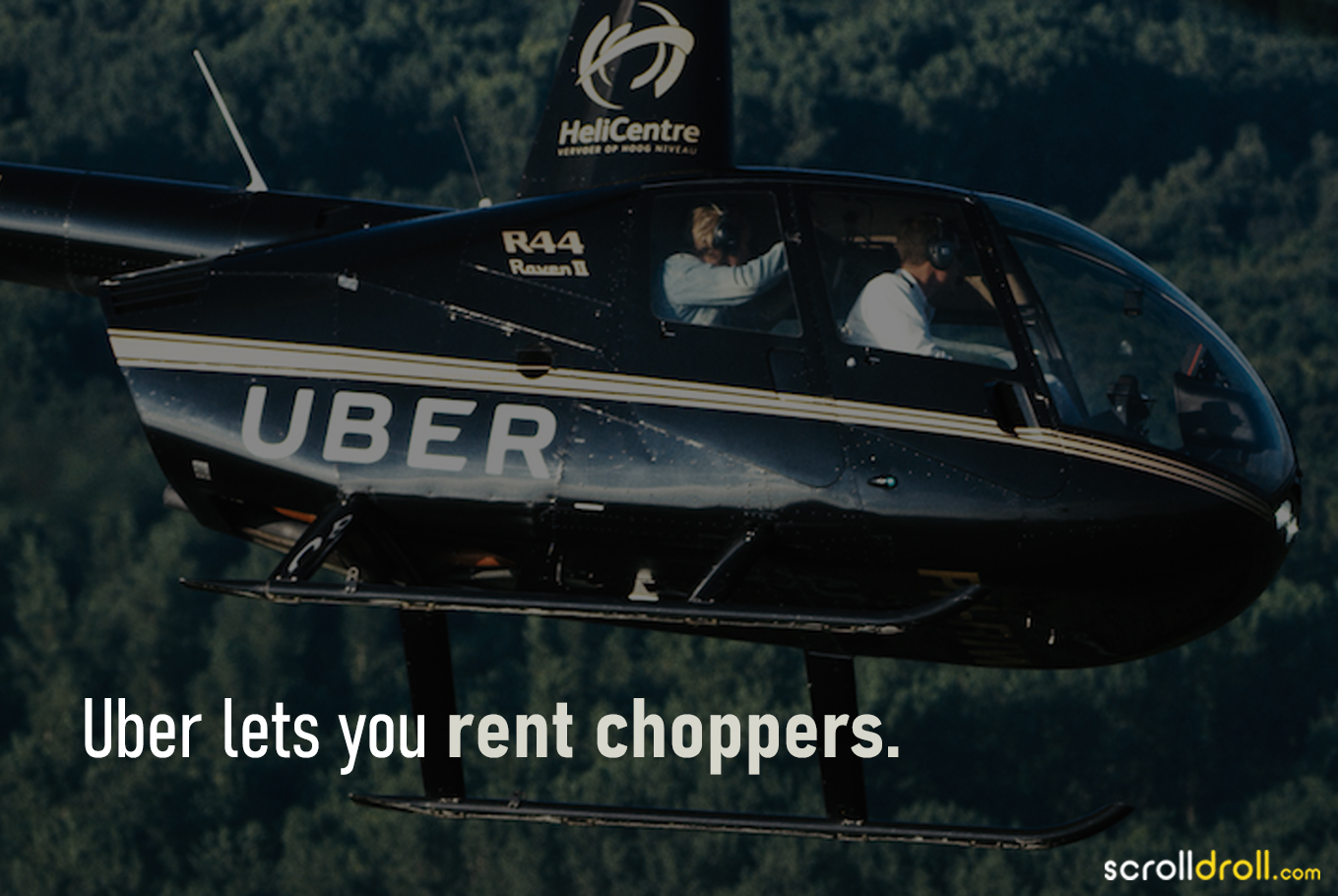 9. Now that’s a fun way to start things.
Bill Hewlett and Dave Packard tossed a coin to decide whether the company they founded would be called Hewlett-Packard or Packard-Hewlett. 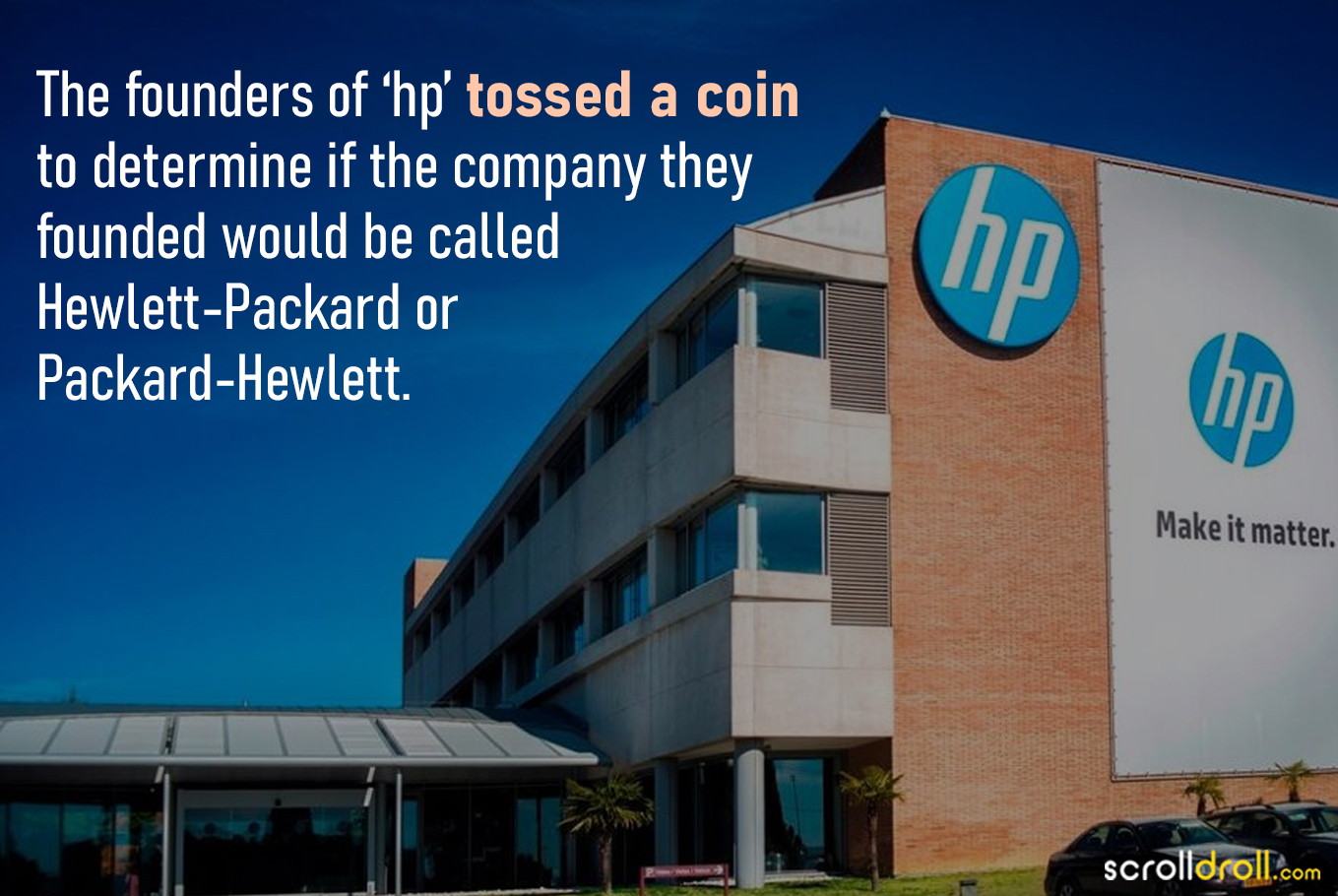 Also read: How Did These Famous 10 Brands Get Their Name

10. Talk about brotherly love.
The creators of Adidas and Puma were brothers. Adolf Dassler made Adidas, while elder Rudolf Dassler founded Puma. 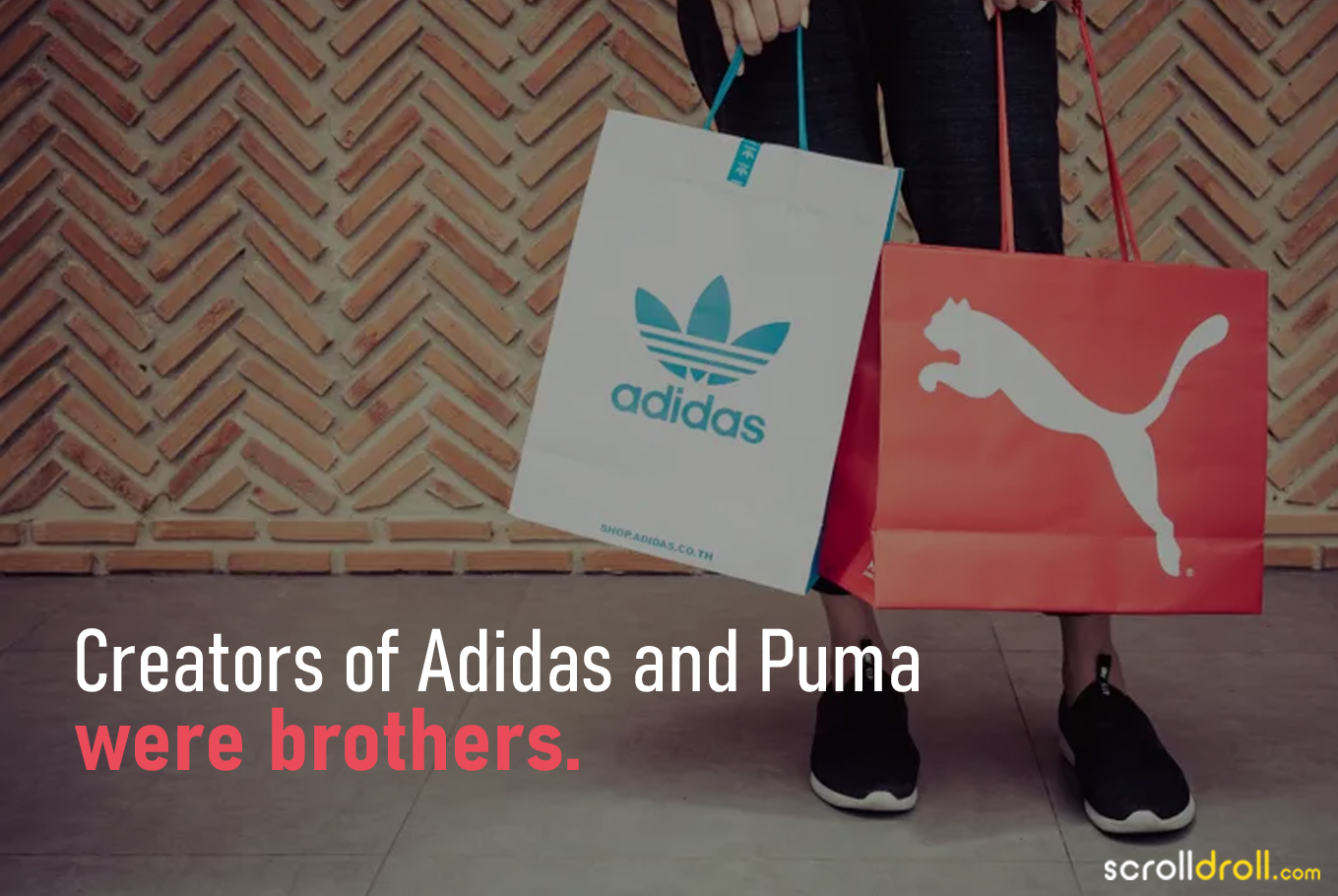 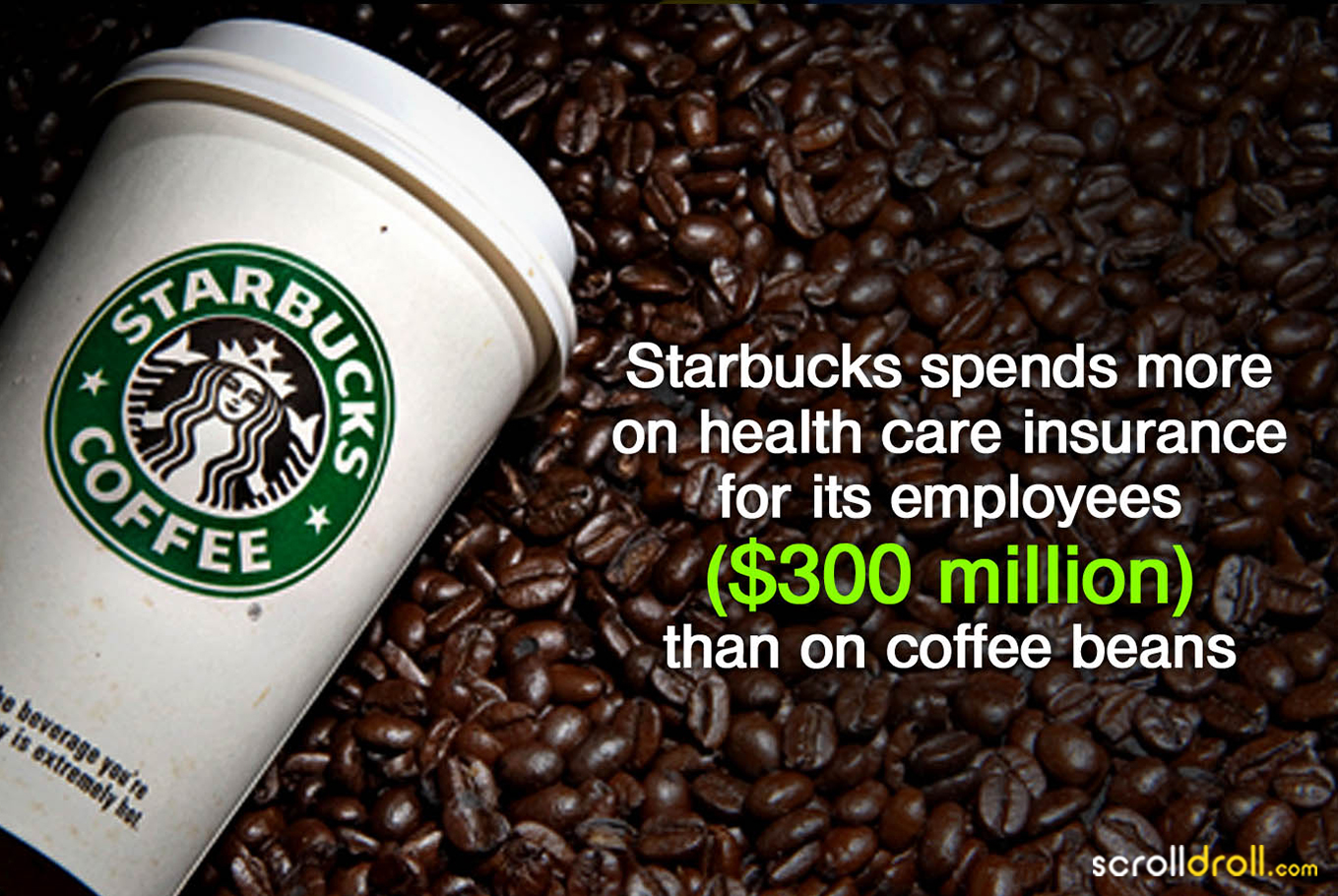 12. Starbucks cares for you even if nobody else does.
Starbucks intentionally makes its tables round so individual visitors do not feel as lonely. 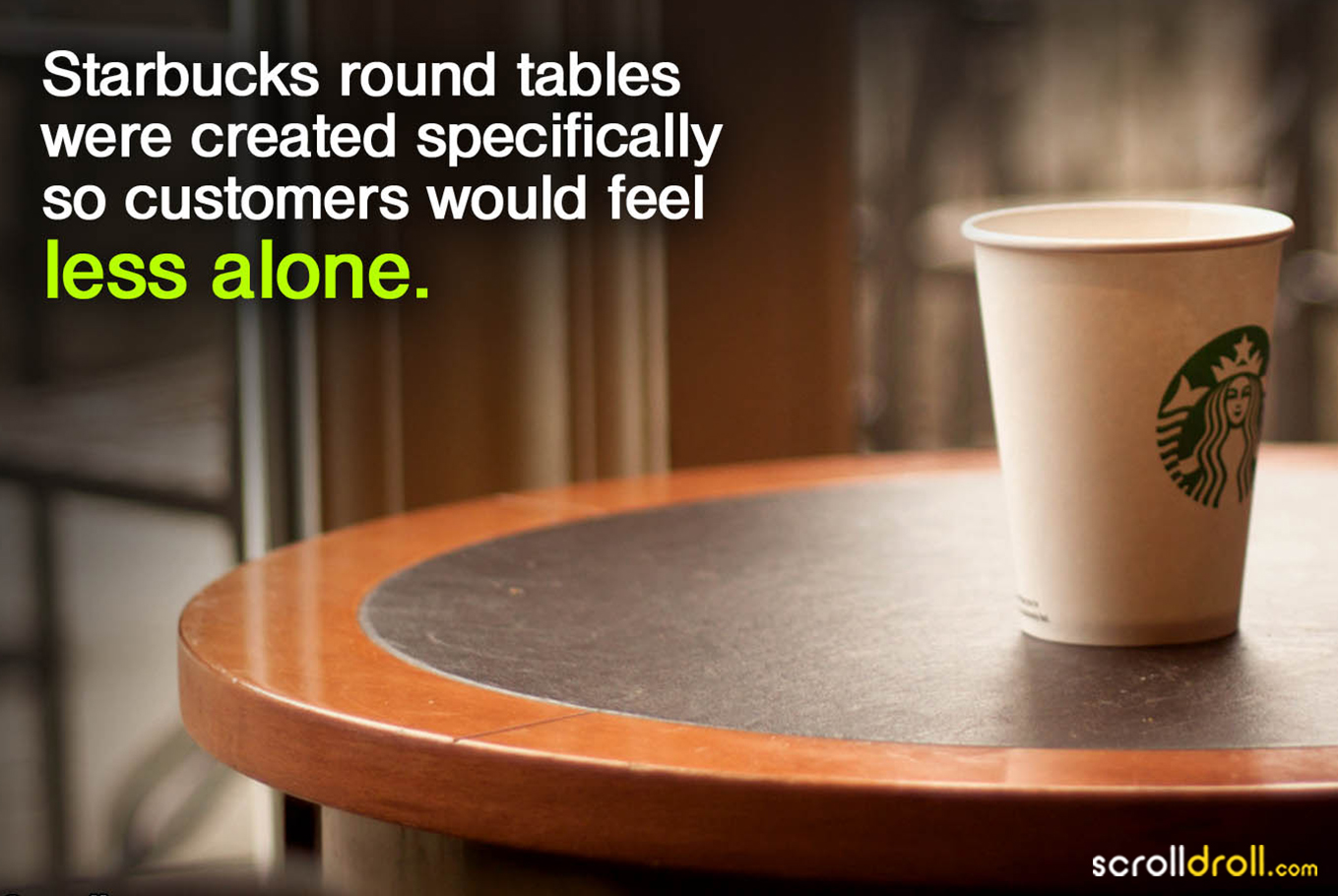 13. Talk about a jack of all trades.
Samsung has business spread to construction and defence. This is one of the most surprising facts about the brands you’ll ever read. 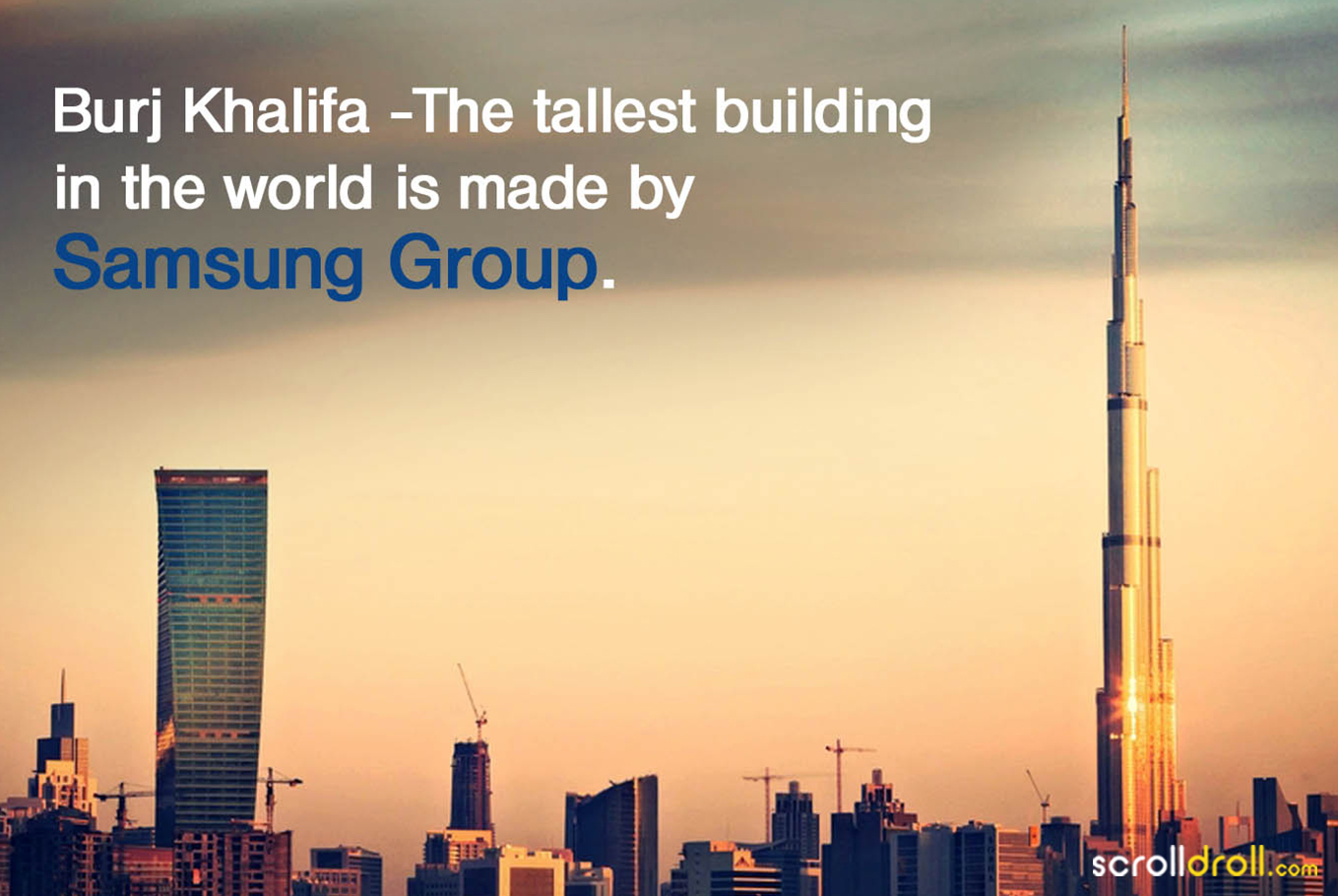 14. But that’s not the only thing Samsung has made.
Apple ships various components from a bevy of manufacturers, including its biggest rival, Samsung. However, of late, Apple has been trying to make its own components so as to not depend on other companies. 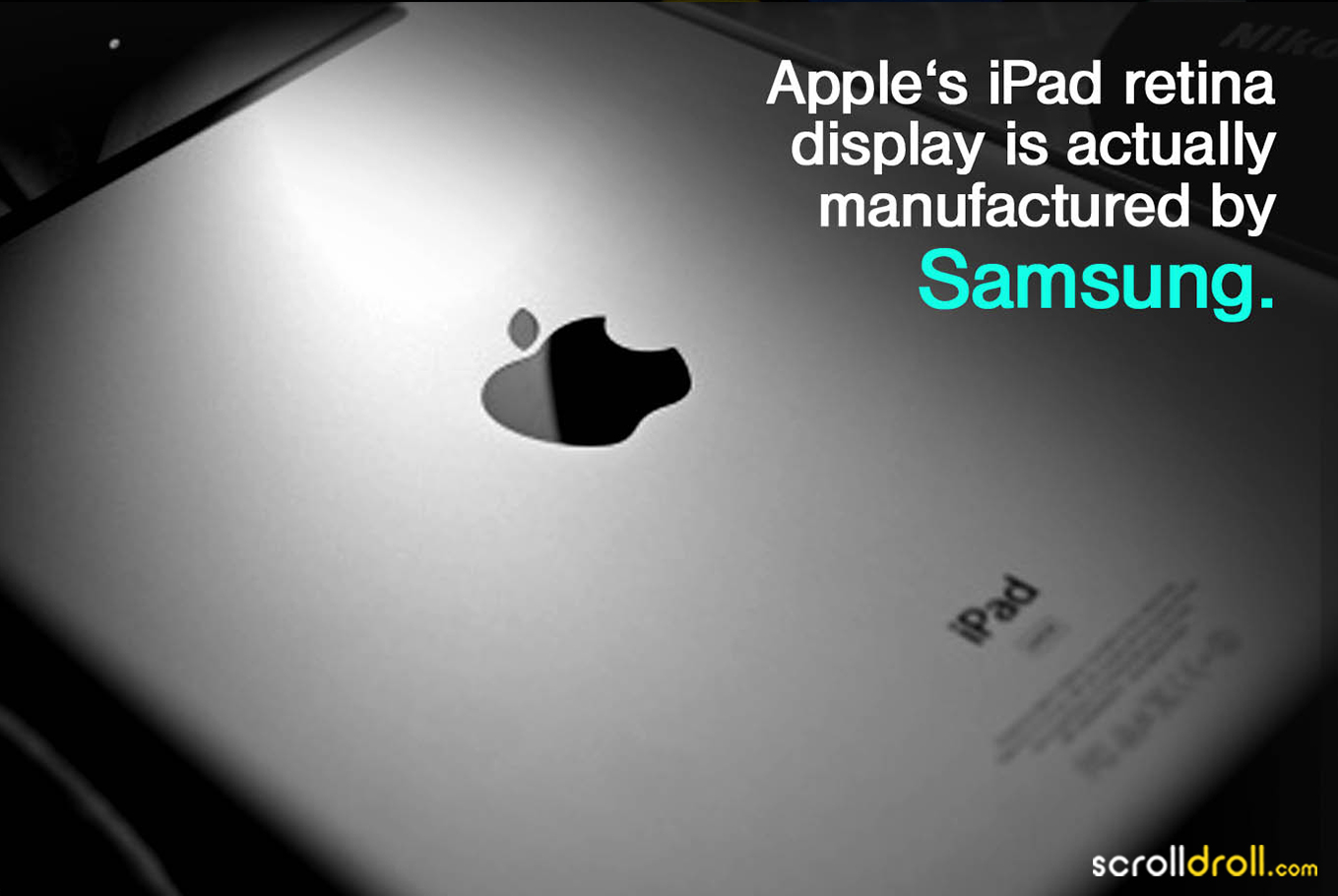 15. There’s a reason people say corporates have no soul.
Similar strategies are also used by other brands such as Nike, H&M, Burberry and Urban Outfitters, enraging environmental activists around the world and inspiring conversations about sustainable fashion. 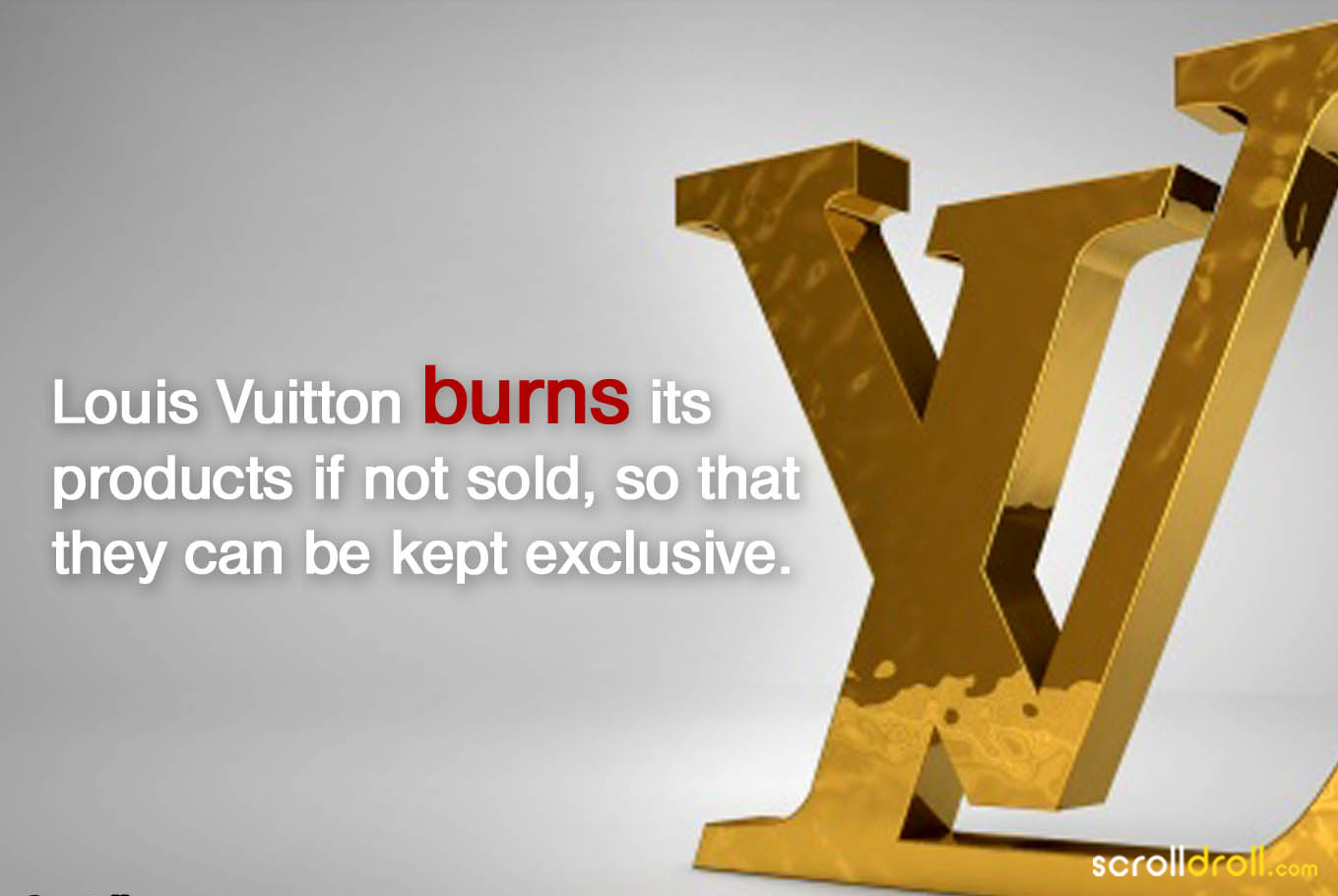 16. There’s a story behind Facebook’s theme colours.
Due to his red-green colorblindness, Mark Zuckerberg picked the colour blue for his website, Facebook. 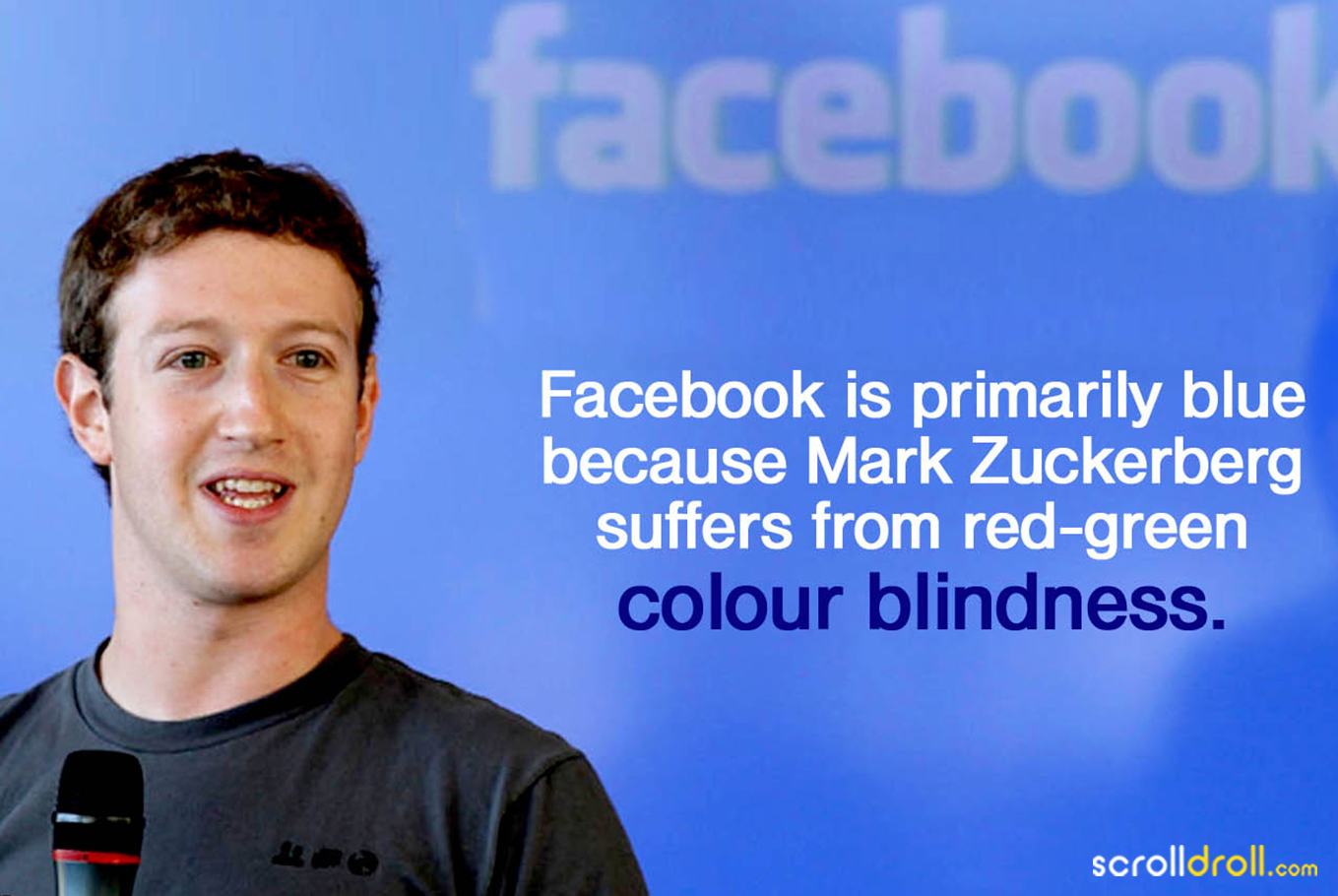 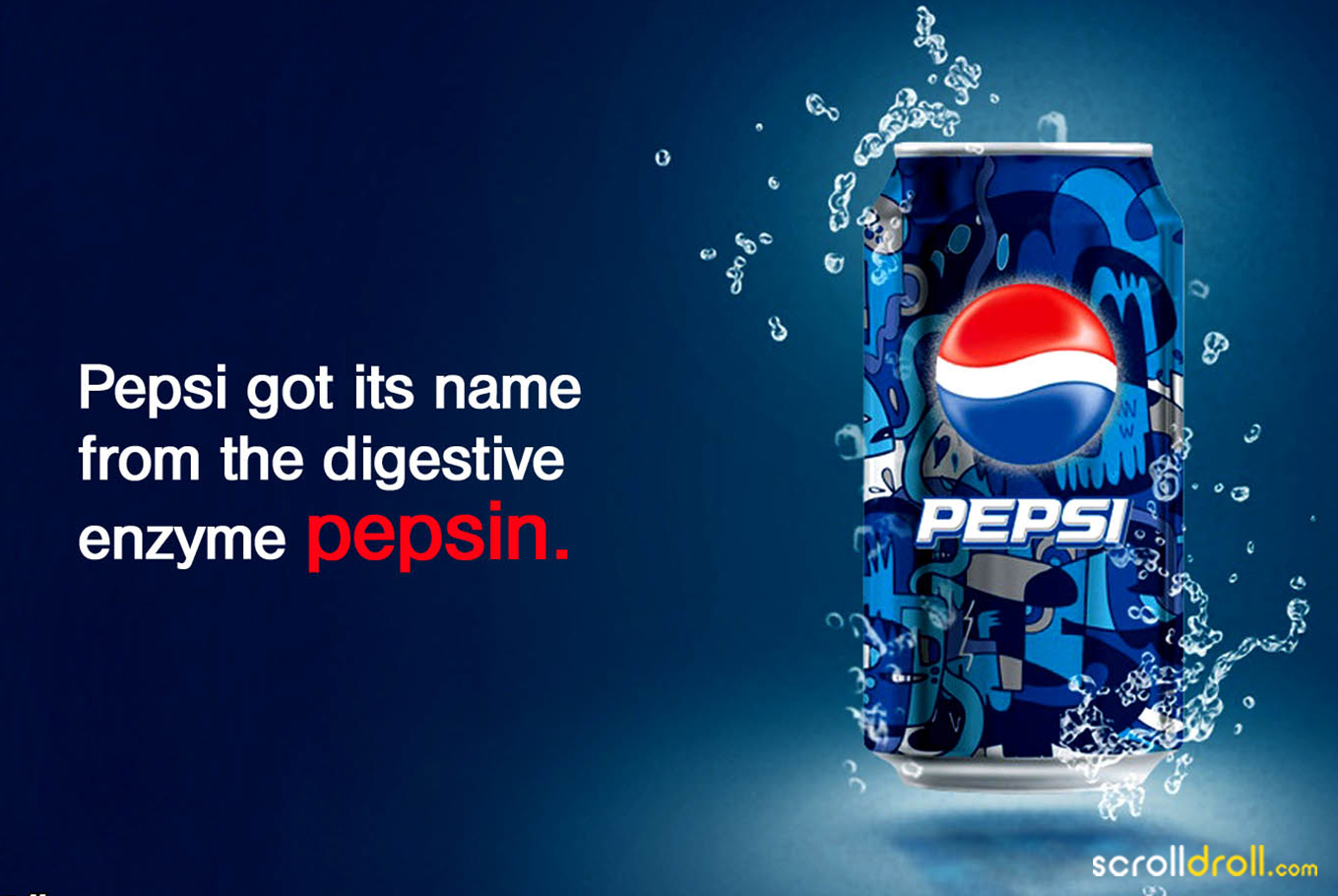 18. Maruti was run by Sanjay Gandhi
Just like in post world war I Germany, most Indians after independence could not afford cars. It was proposed by Indira Gandhi’s cabinet in 1971 to make a similar “people’s car” for middle-class Indians. Maruti was founded by Sanjay Gandhi and he became the managing director despite having no prior experience. The company did not make any vehicles during Gandhi’s lifetime, and later merged with Japanese company Suzuki to become the Maruti Suzuki it is today. 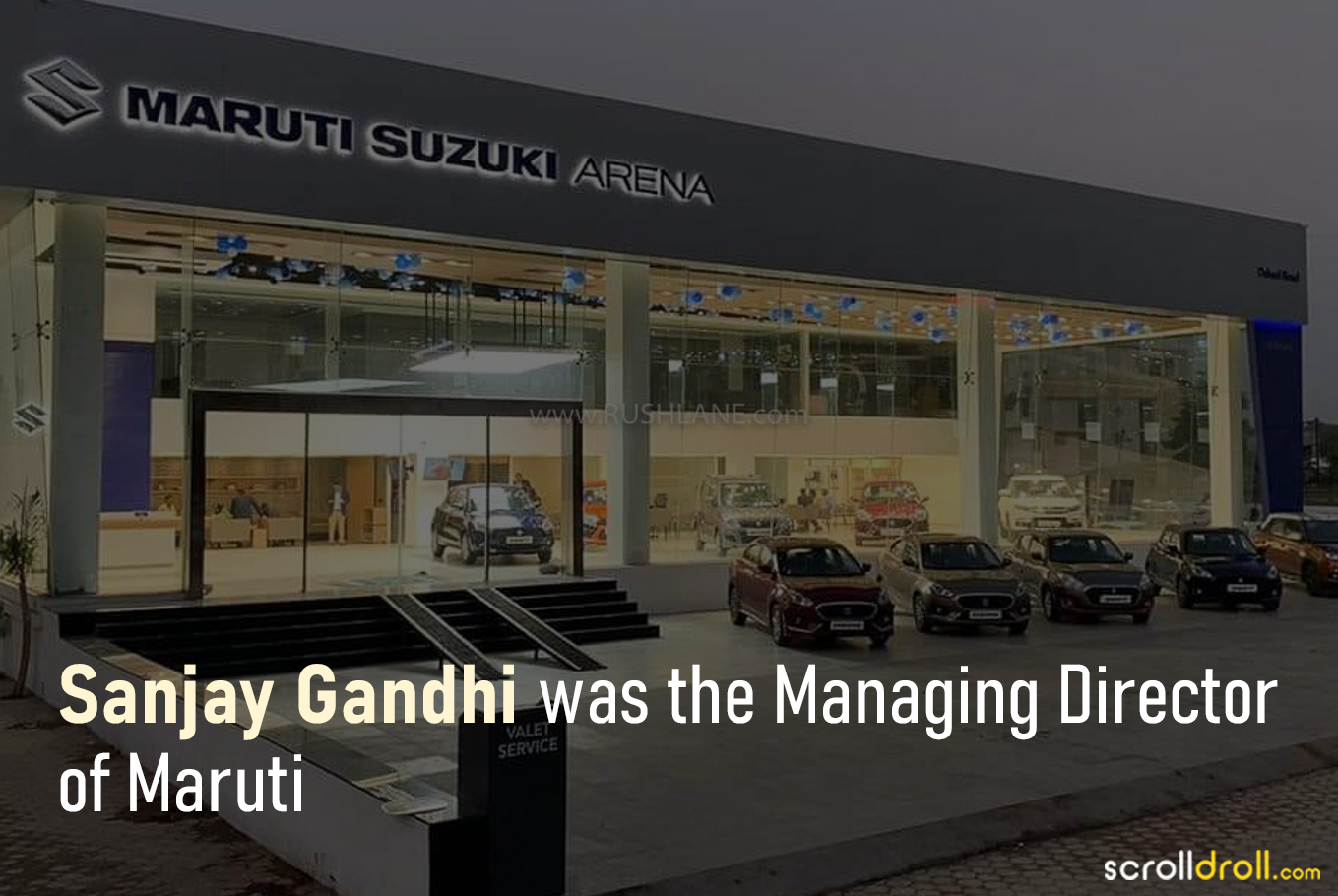 19. Talk about being literal!
Virgin got its name because its founders were exactly that: virgins! 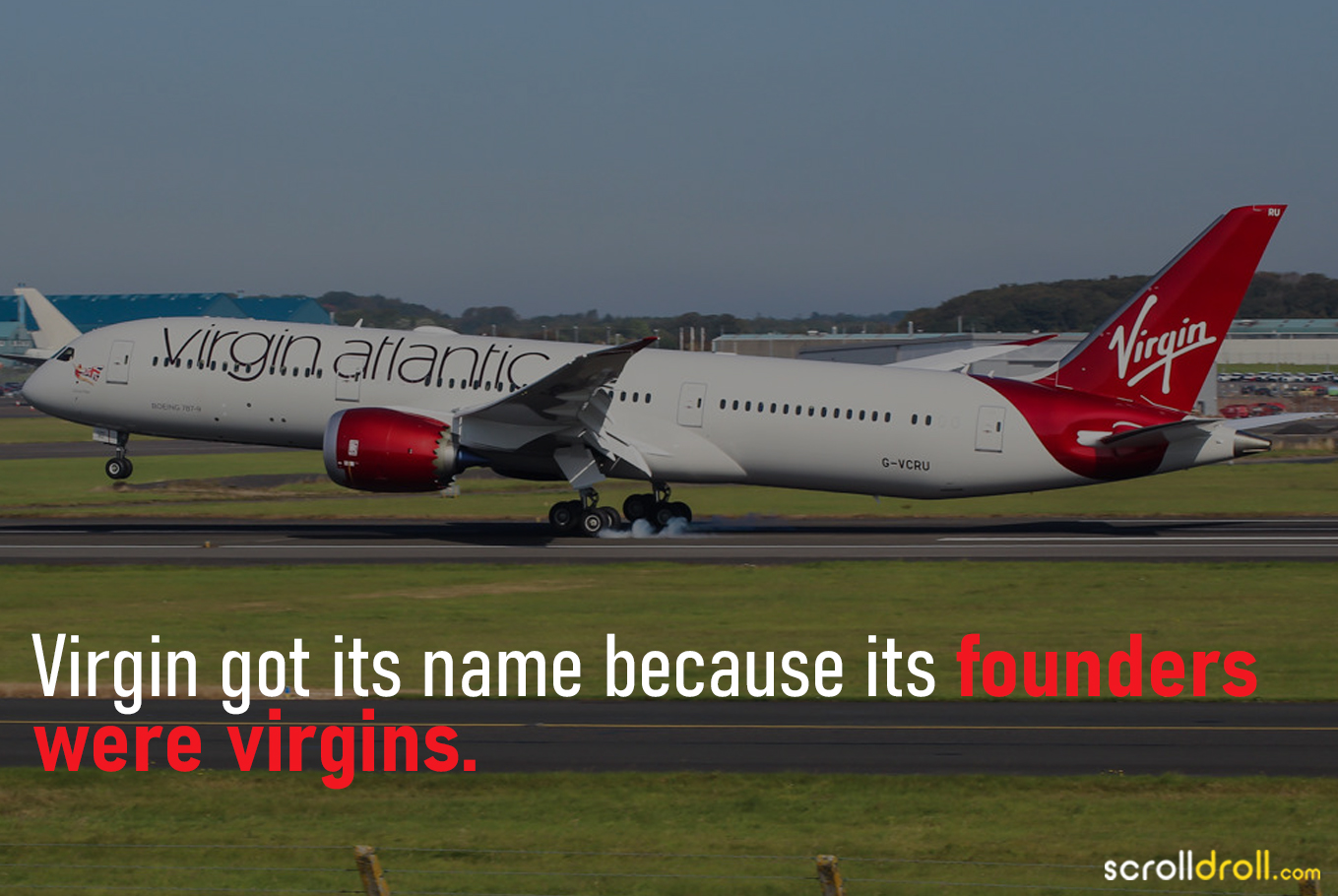 20. It’s older than you think.
Dabur was formed in 1884 mainly to produce and dispense Ayurvedic medicines. Today, Dabur has become an integral part of Indian culture with a variety of products used by millions of Indians. Dabur is hence a brand running successfully for 60 years before independence. 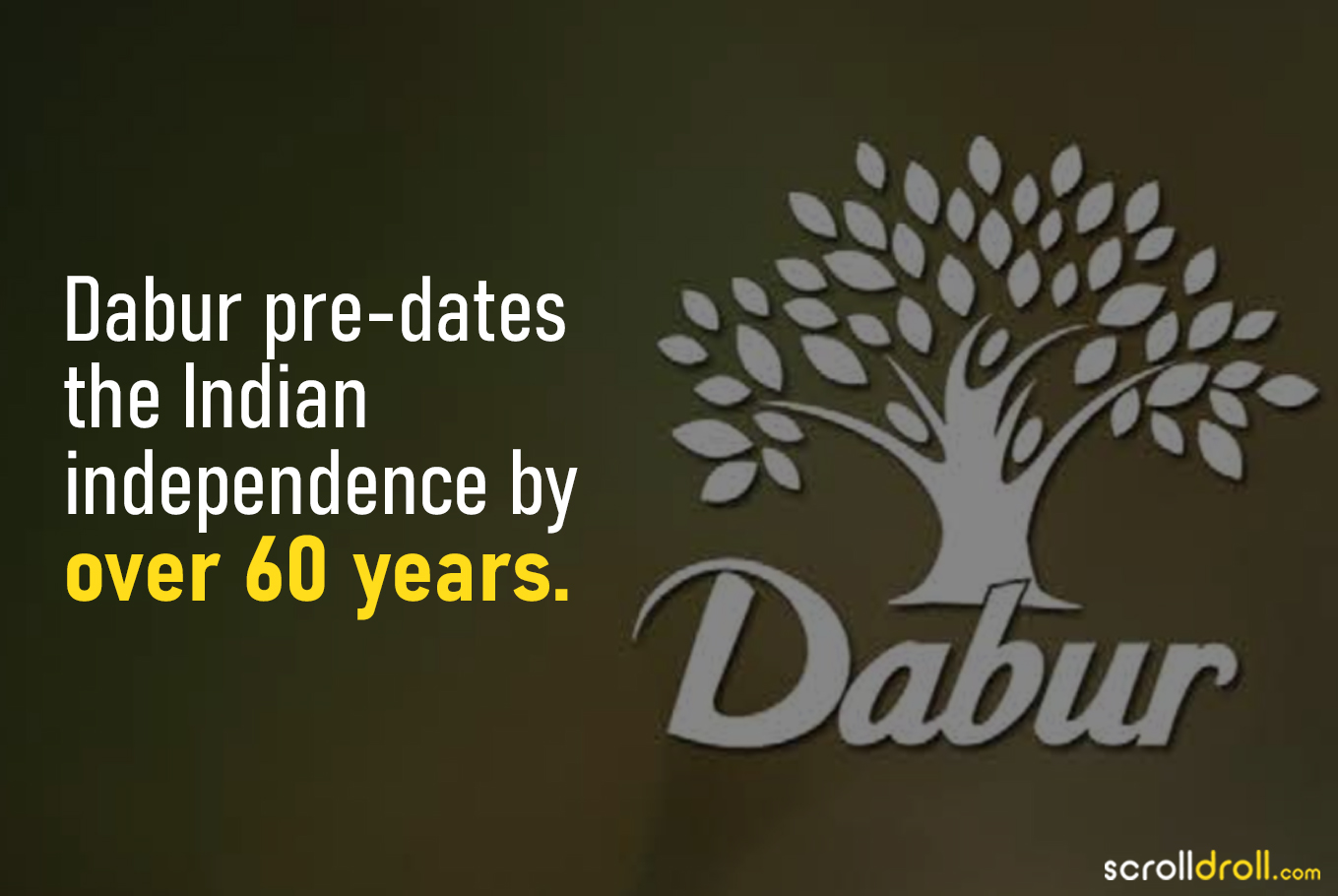 21. It’s called coke for a reason.
The very first Coca-Cola products contained cocaine — but only around 9 milligrams per glass. The drug was touted at the time as a substitute for alcohol and was said to cure opium addiction. But cocaine was removed from Coca-Cola in 1903. 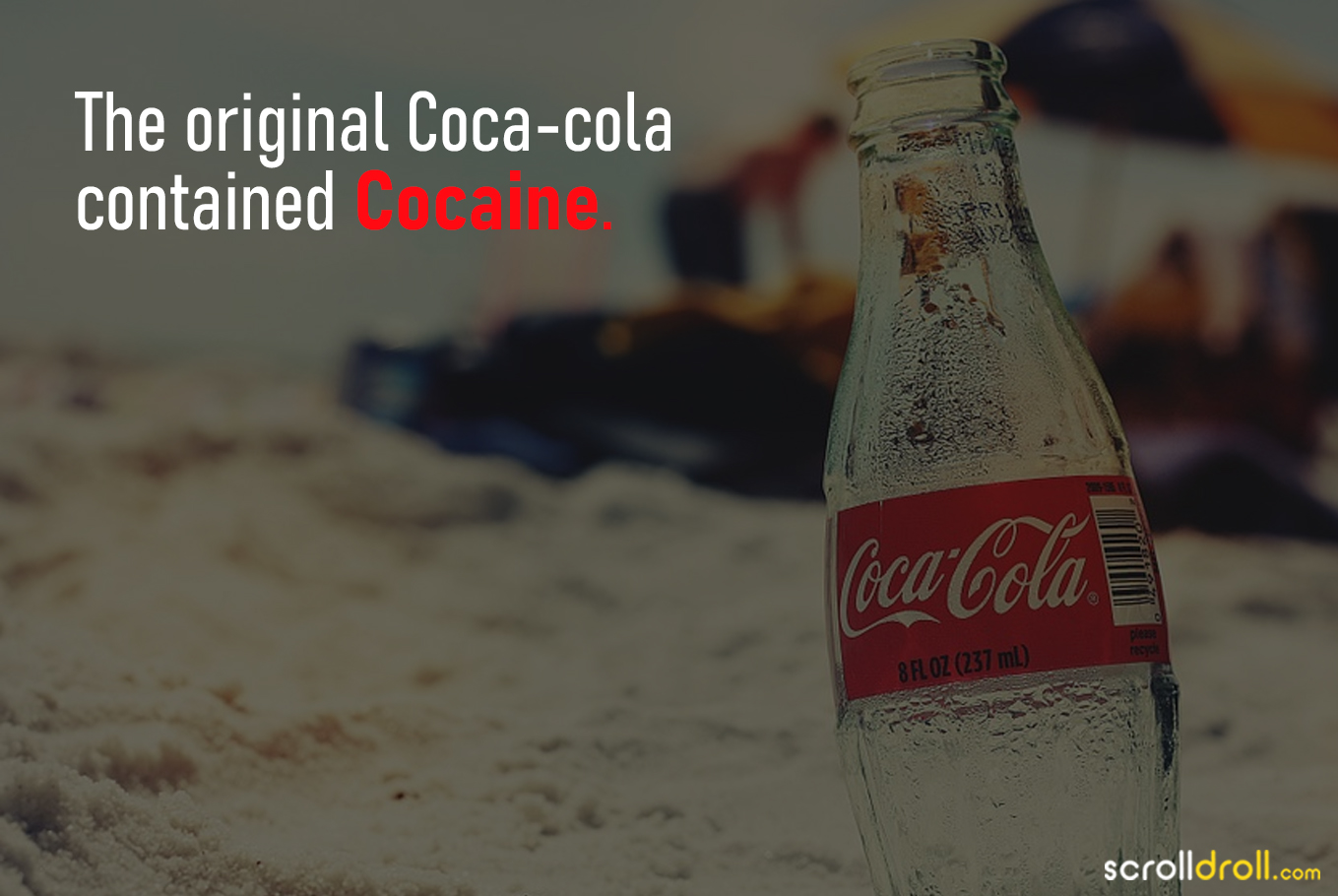 With that, we come to a close to our list of interesting facts about brands. If you think we missed something, comment below to let us know!