The iPhone, the world’s first smartphone, was introduced by Steve Jobs, who changed the world. The iPhone became an instant hit as soon as it was released. Apple’s iPhone continues to grow in popularity year after year, despite numerous iterations and the introduction of newer handsets each year. We’ve compiled a list of 15 interesting facts about iPhones for you.

1. The iPhone was not the first smartphone.

IBM’s rather bulky device – Simon which went on sale in 1994 is widely believed to be the world’s first smartphone. This device featured a touchscreen, email capability and a few built-in apps, like Calculator and a sketch pad.

Infact, Cisco Systems had originally registeredthe trademark for “iPhone” before Apple released it. They even sued Apple for referring to its smartphone as an iPhone. Both companies soon entered negotiations and came to an agreement on ownership of the name. 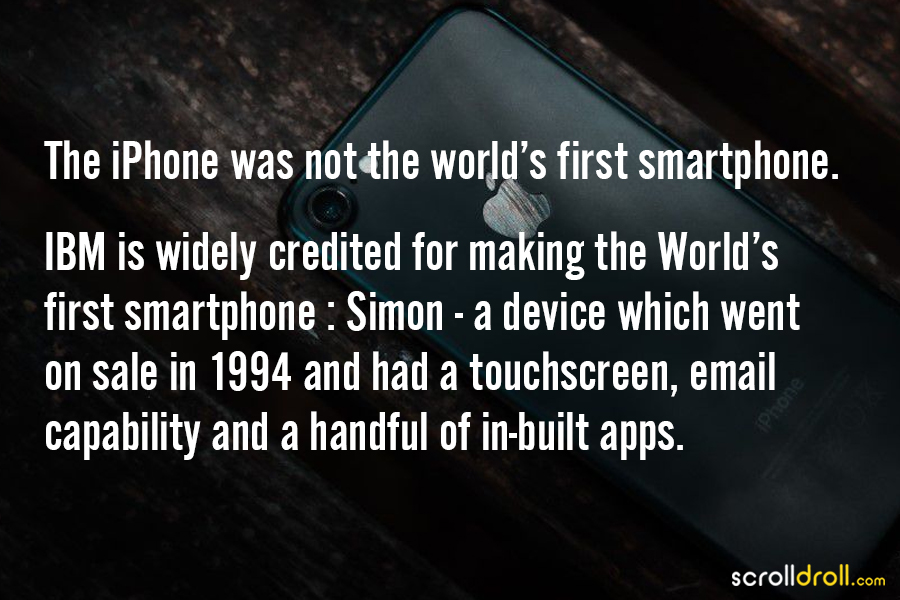 With a stylus-controlled interface, Apple computer developer Hartmut Esslinger designed a landline phone in 1983 that mirrored iPhone and iPad features today. Although it never saw the light of day, it’s comforting to know that Apple had been experimenting with iPhone concepts for quite some time. Consider how different the smartphone landscape would be today if that prototype from 1983 had been released. 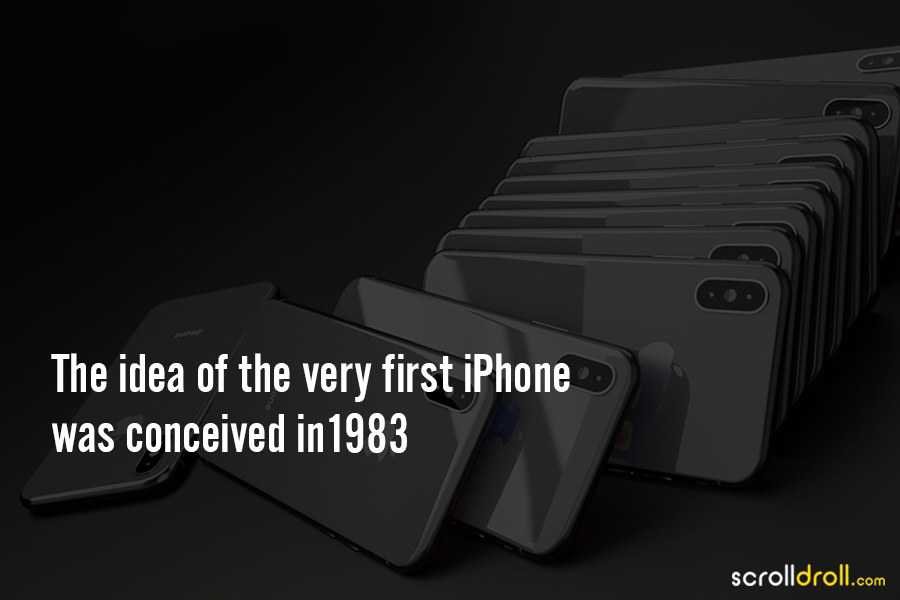 Next on our list of interesting facts about iPhones is the million-dollar question. The letter ‘I’ appears in the name of every Apple device. But do you know what this ‘I’ means? Steve Jobs explained the meaning of this letter when he introduced the iMac to the world in 1998. As a result, we can deduce that the I stands for ‘Internet’. The internet was a new concept to the general public at the time. And the iMac was a device that allowed the general public to easily access the internet. He later clarified that the ‘I’ stands for. 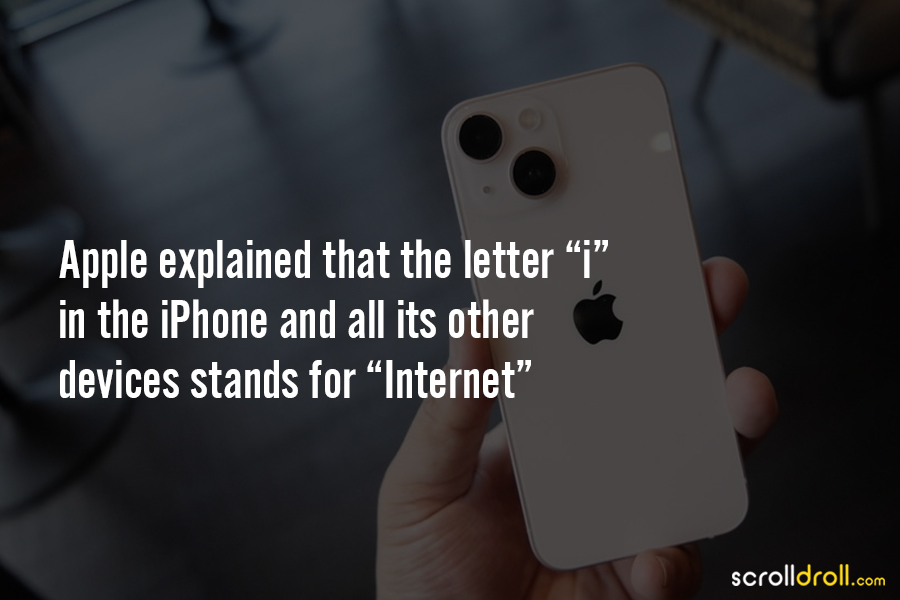 If you look closely, the Artists icon in your Music app is actually a silhouette of Bono, the lead singer of U2. 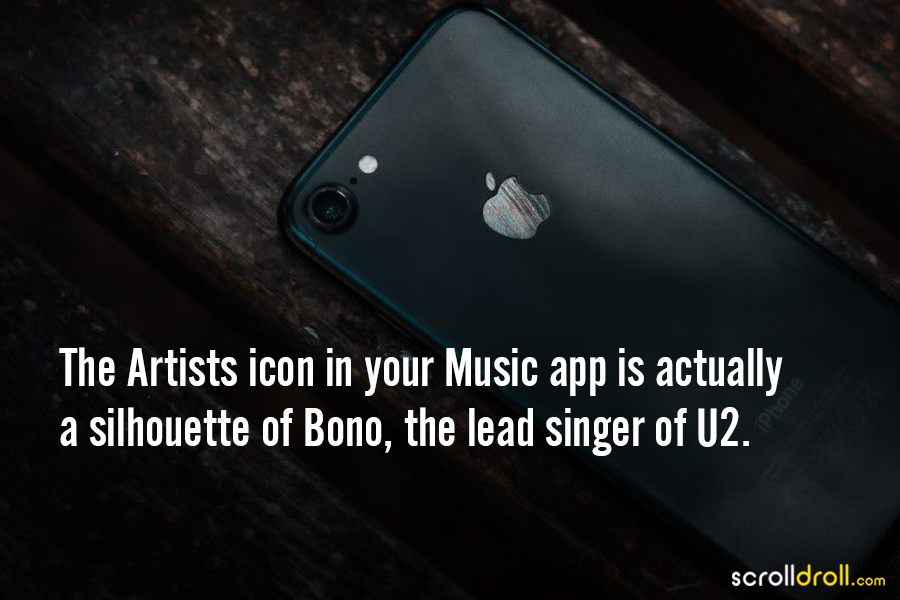 Apple events begin at 9 a.m., with the ads beginning about 40 minutes into the presentations. Apple adds a minute or two to the lead-up time because they know it won’t be exactly 40 minutes. Newer ads have been moved to 9:41. 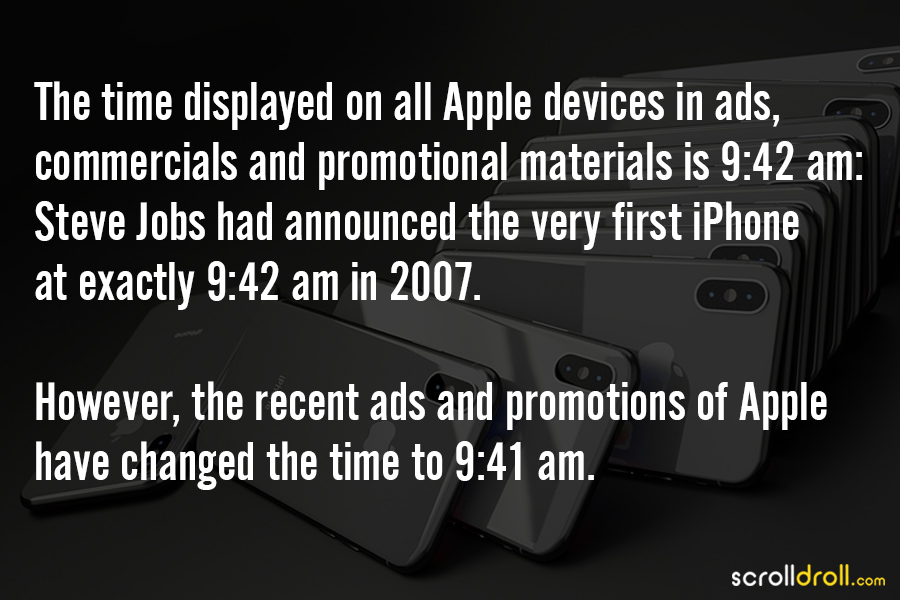 6. The iPhone’s processors are made by Samsung.

Apple and Samsung are the world’s two largest smartphone manufacturers. The South Korean tech giant never misses an opportunity to imitate or mock the former. Despite being arch-rivals, the latter manufactures Apple’s smartphone processor. 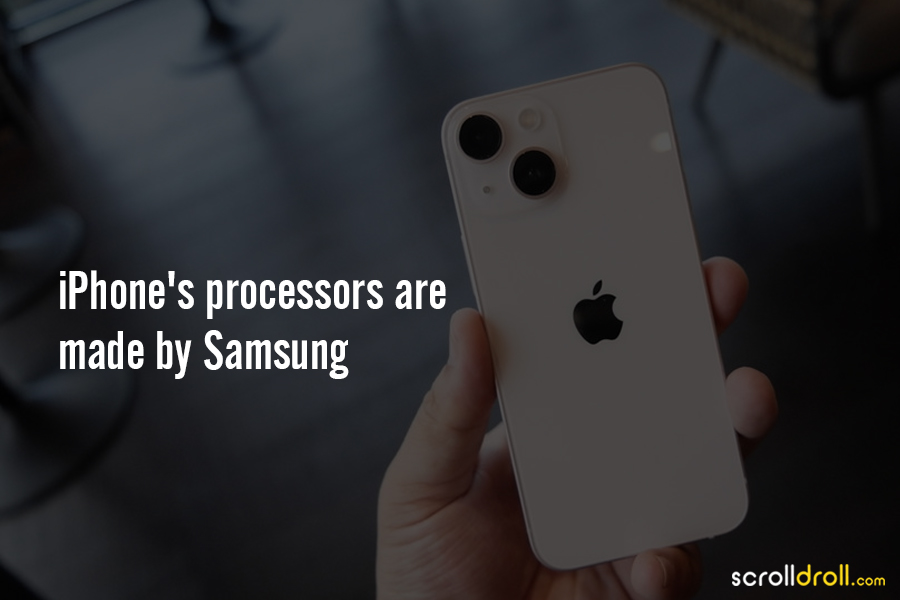 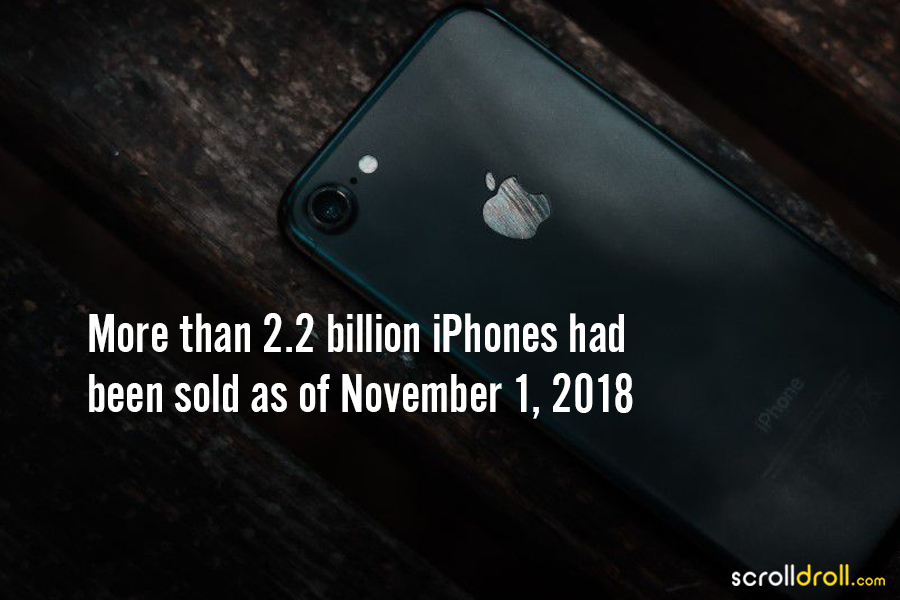 8. The iPhone was named the Year’s Best Invention.

The iPhone was awarded the coveted title of “Invention of the Year” by Times Magazine in 2007. Fans and experts alike had just bowled with the superior design, powerful OS, and impressive performance. 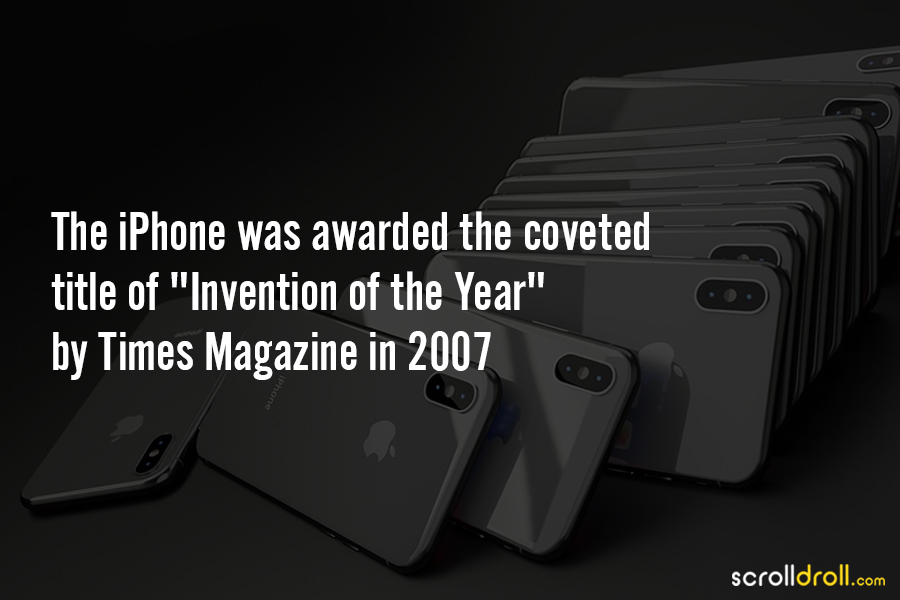 9. Purple was the name given to the iPhone.

“Purple” was the codename for the as-yet-unnamed iPhone when it was being developed. The “Purple Dorm” was the name given to the iPhone developers’ section at Apple headquarters. 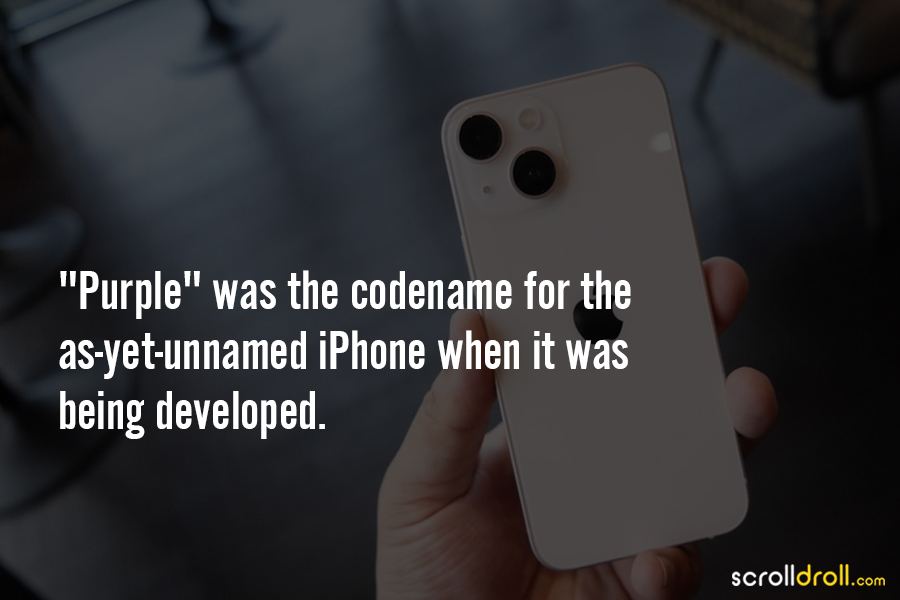 10. More than a fifth of every smartphone sold in the world at the end of 2021 was an iPhone

With 22% of all smartphone sales globally, Apple is the biggest player in the smartphone market followed by Samsung and Xiaomi. (source) 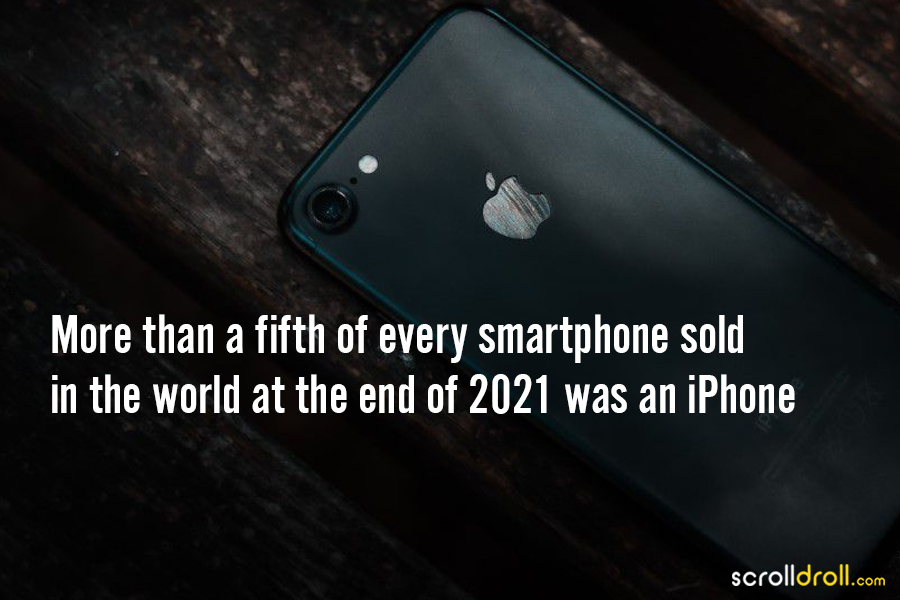 11. Antennagate was born with the release of the iPhone 4.

After it was discovered that calls were getting disconnected when the phone was held in a certain way, the iPhone 4’s new metal design caused widespread problems among users. It became such a serious problem that it was dubbed Antennagate. 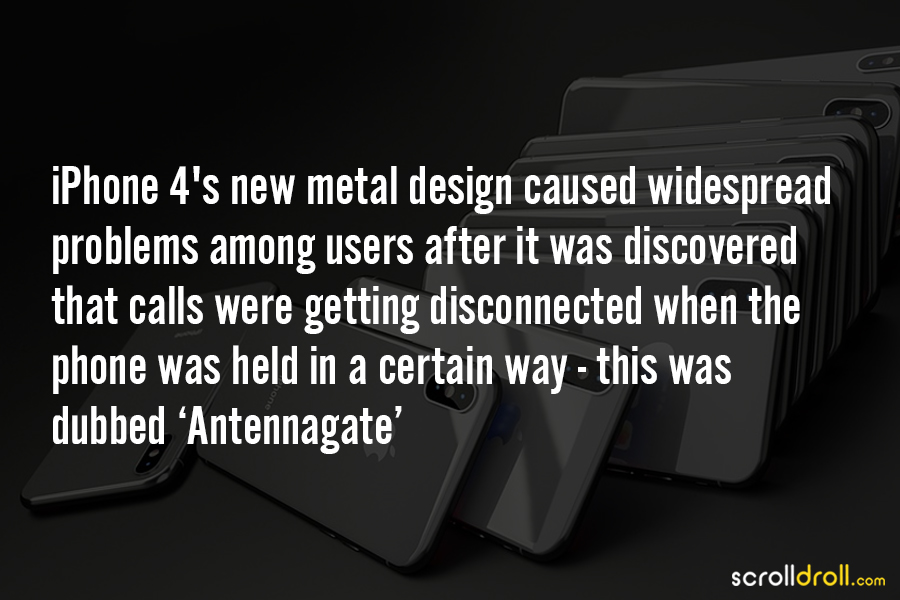 12. Have you ever read the Apple device and service EULA (End User License Agreement)?

There’s also another on the list of interesting facts about iPhones. This document contains approximately 18,000 words. As a result, the majority of you may not have read it. However, it is stated in that document that Apple devices and services cannot be used to develop nuclear, missile, chemical, or biological weapons. Isn’t it intriguing? 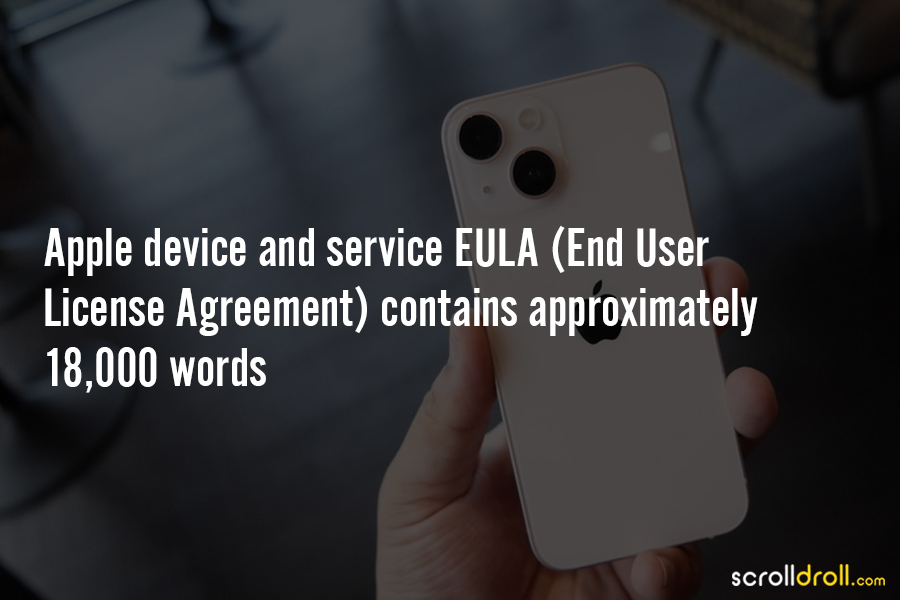 13. Apple started the concept of the “App Store”

Almost every smartphone nowadays comes with a pre-installed app store. Apple, on the other hand, was the pioneer of this trend. They were the first to allow consumers to legally download and install apps from the ‘App Store.’ Apple’s App Store offered over 2.2 million applications for the iPhone as of January 2017 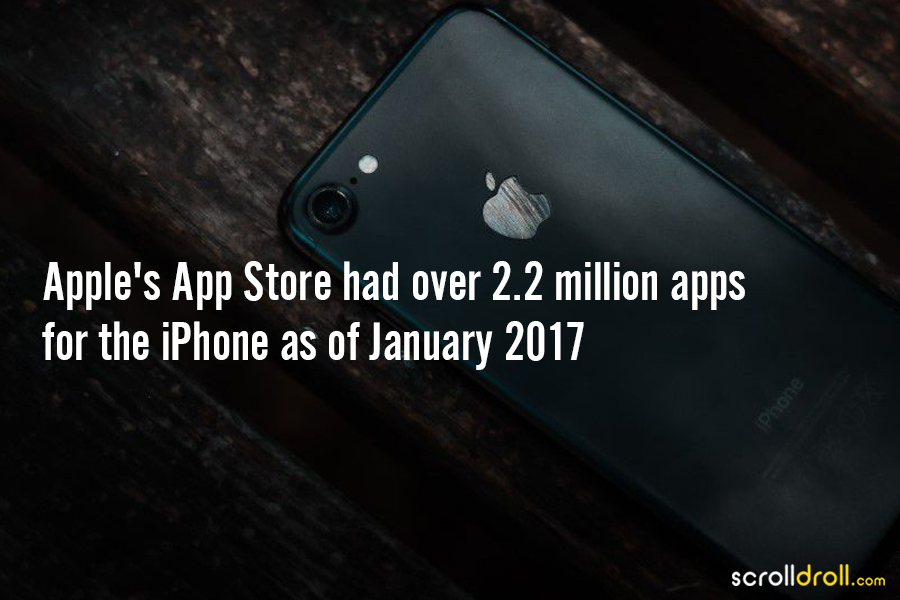 Following a hugely successful launch, a large segment of the American media began to refer to the iPhone as “iPhone”—the Jesus Phone. Hundreds of people flocked to Apple Stores across the country to purchase the iPhone. Those who bought it couldn’t stop talking about it, and those who couldn’t afford it grew envious! 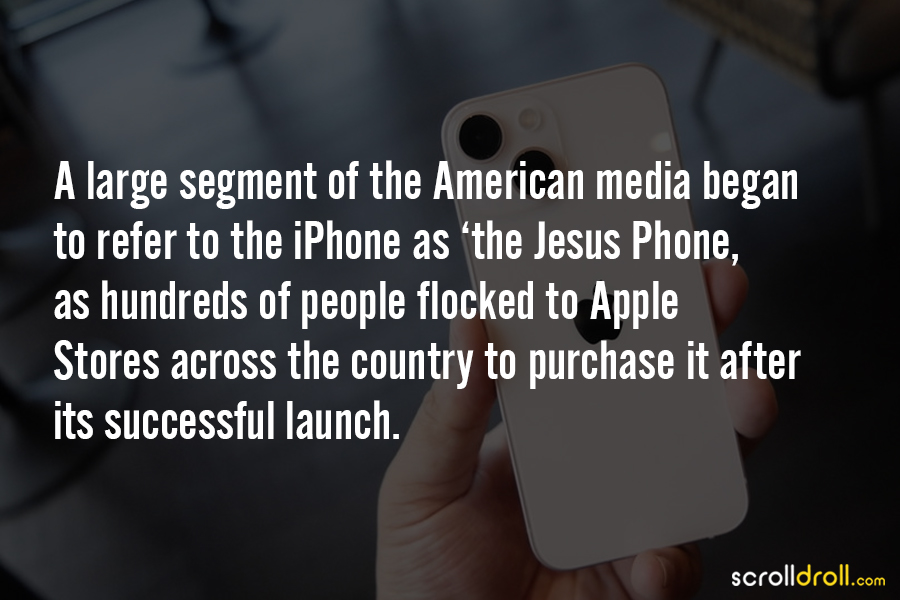 15. Starbucks was pranked by Steve Jobs with his first iPhone call.

Steve Jobs, the CEO of Apple, made a prank call to a nearby Starbucks and ordered 4,000 lattes when he made his first iPhone call in 2007. He immediately cancelled it, which was probably a good thing for the poor barista who had taken the call. 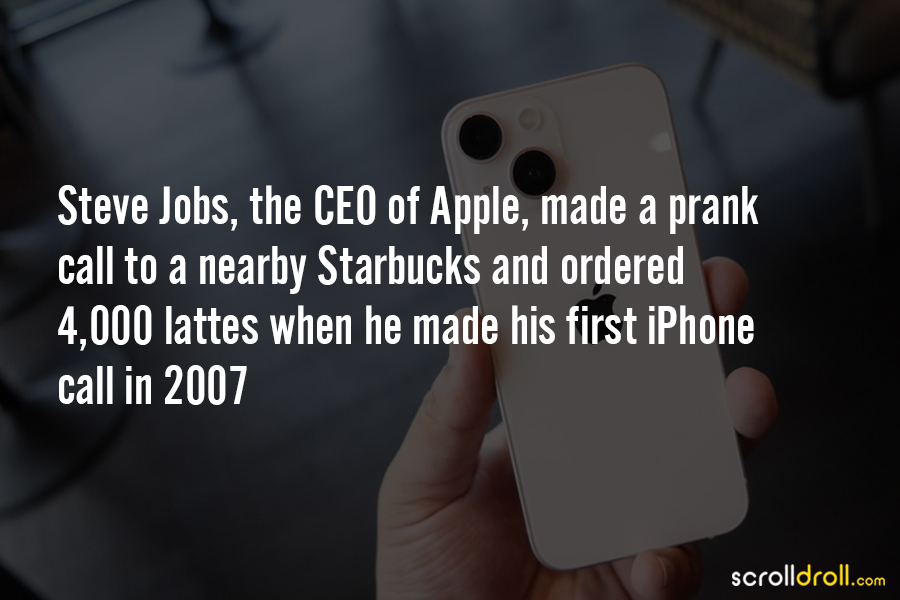 Assuming you enjoyed learning some interesting facts about iPhones. Do you have any knowledge of the device’s truth? Please let us know down in the comments below.