SpaceX is a spacecraft engineering company founded and run by Elon Musk. The company has recently been in the news quite a lot because it just launched its 32nd spacecraft of the year. The craft has already been making headlines for having borne 46 Starlink satellites to be deployed in the low-Earth orbit. This feat is being called a record achievement. Such a fact warrants a closer look at the company that bears this feather in its hat, and that is exactly what we are about to do. Let us take a look at some of the most interesting facts about SpaceX!

Also read : 15 Interesting Facts About Amazon You Had No Idea About!

1. The company has, interestingly, also been able to somewhat meet its goal of reducing costs of and improving access to space transportation. 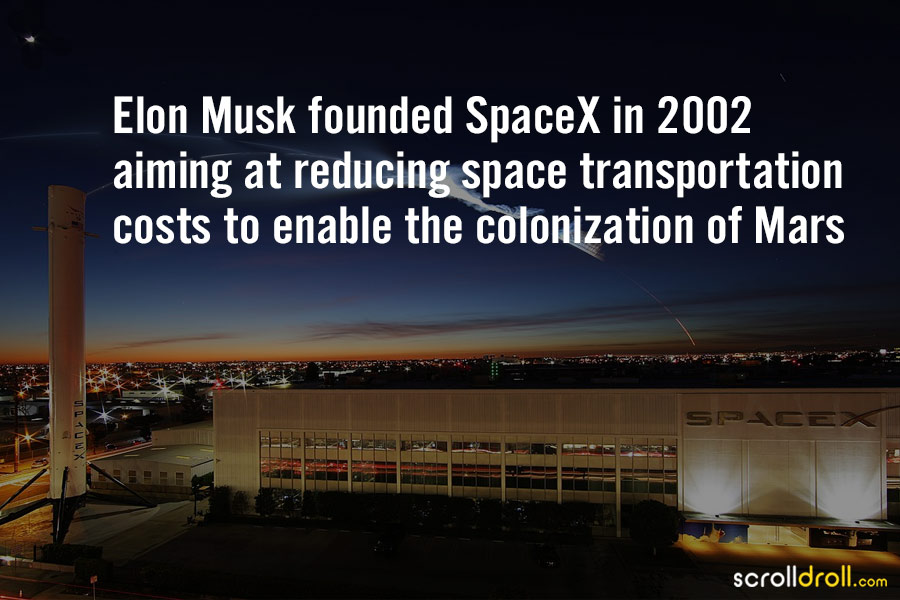 2. Recently, the fourth tower segment was added to the Starship being made in Florida. 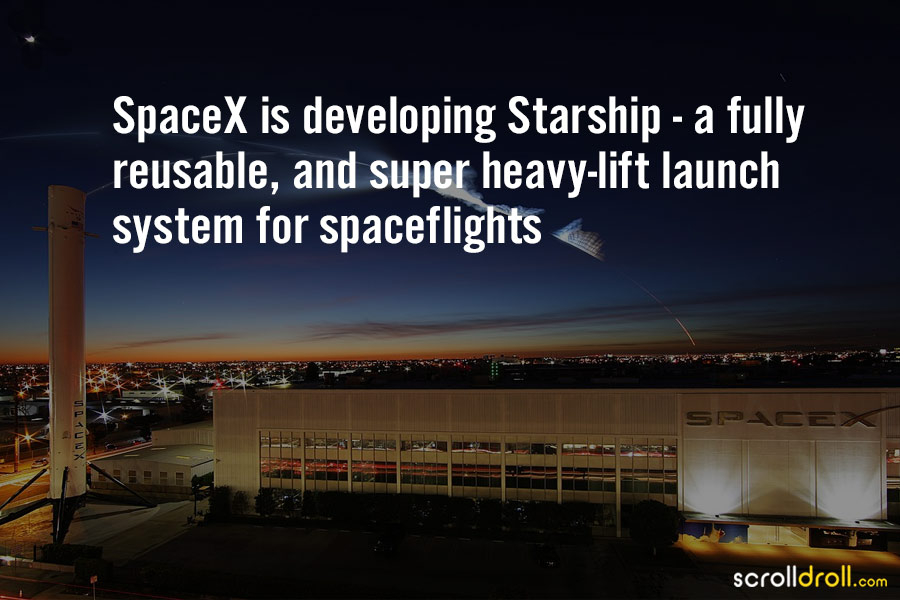 3. It aims to provide satellite internet connection across 36 countries. 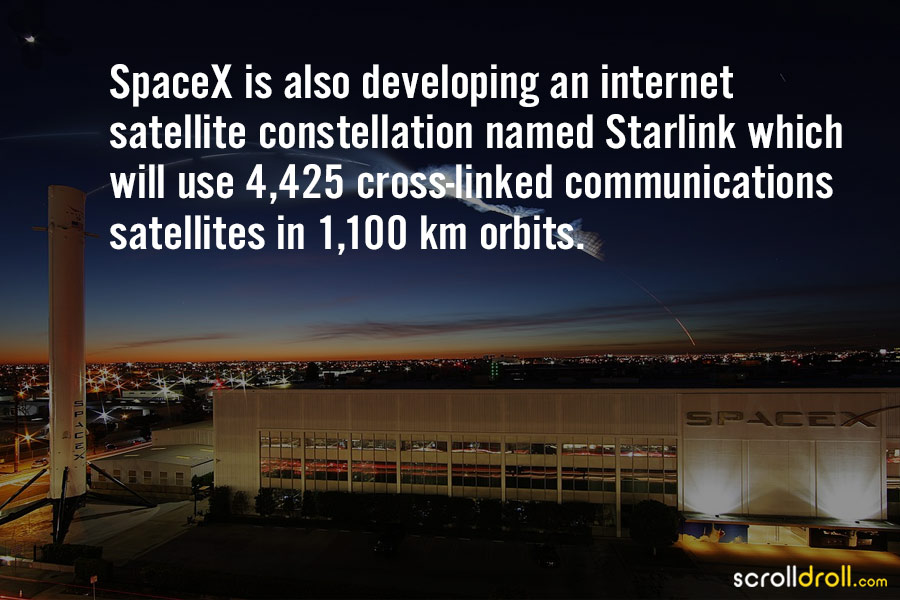 4. The name of these rockets is Falcon. 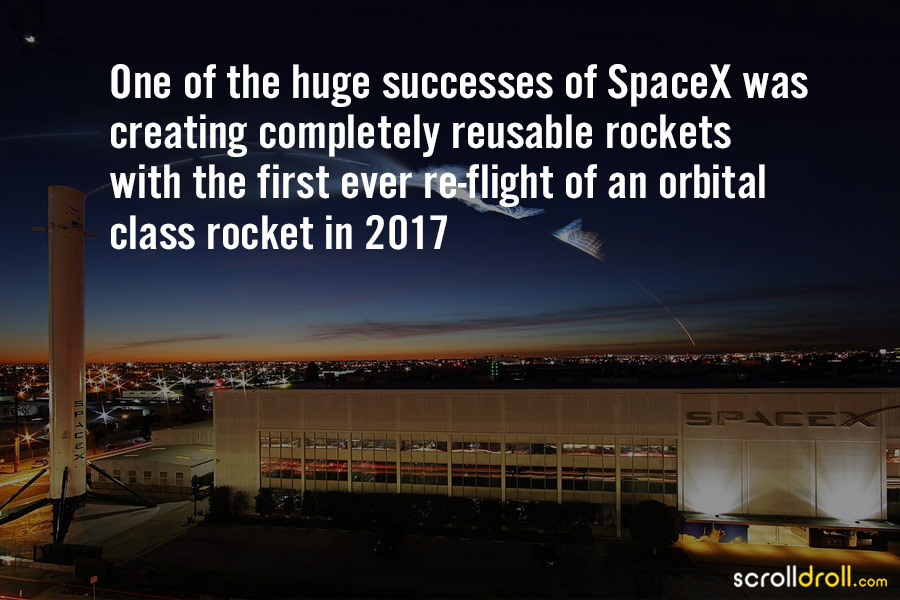 5. The spacecraft which carried out this feat, named Dragon, is equipped to carry up to 6000 kilograms of weight. 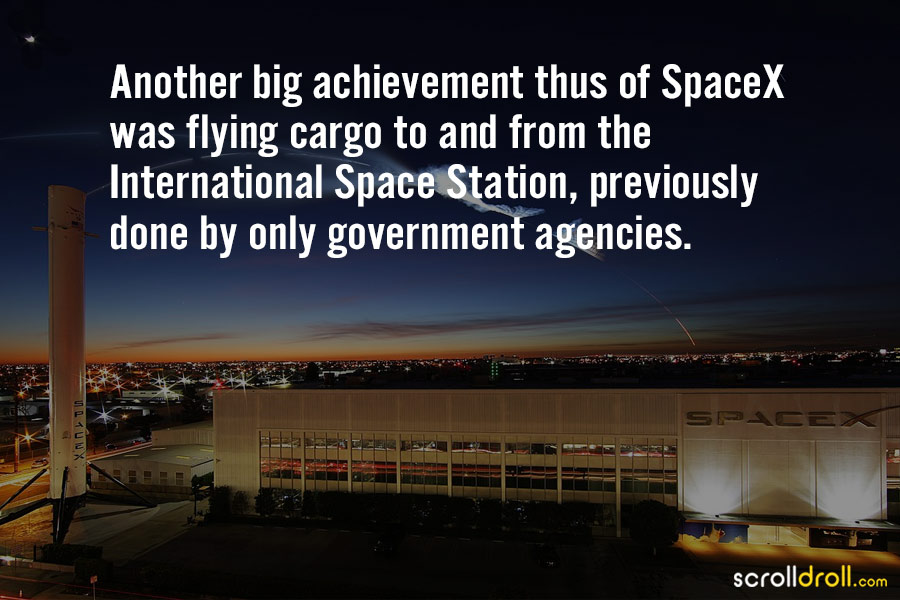 6. Elon Musk also made a cameo in the film, and there was also a reference to SpaceX’s Merlin spacecraft as part of the film’s dialogues in the very scene. 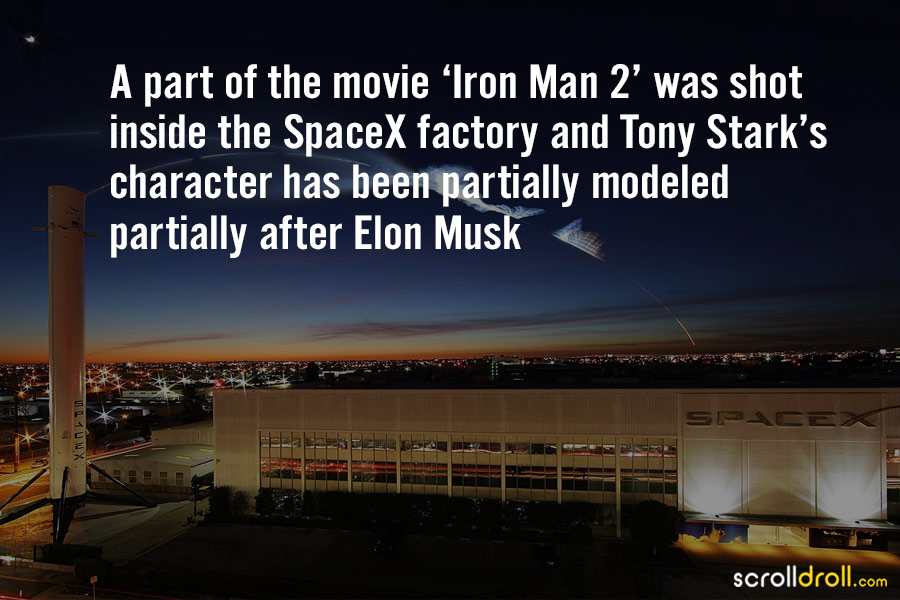 7. In 2022, the average launching rate of the company is nearing one rocket per week. 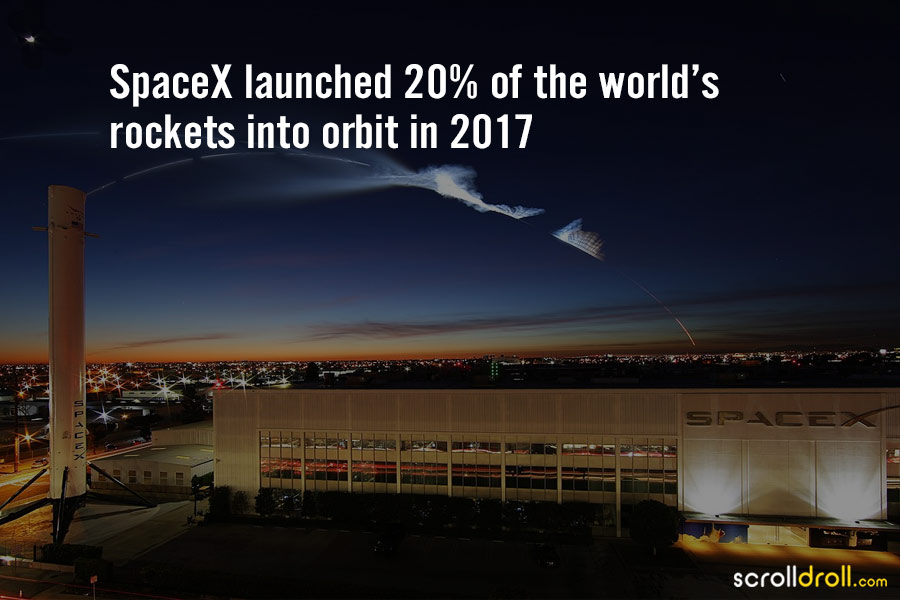 8. They also hosted a competition from 2015 to 2019 to allow people to help design the proposed transport vehicle.

9. In a new funding proposal, the company expects to raise about $1.7 billion dollars. 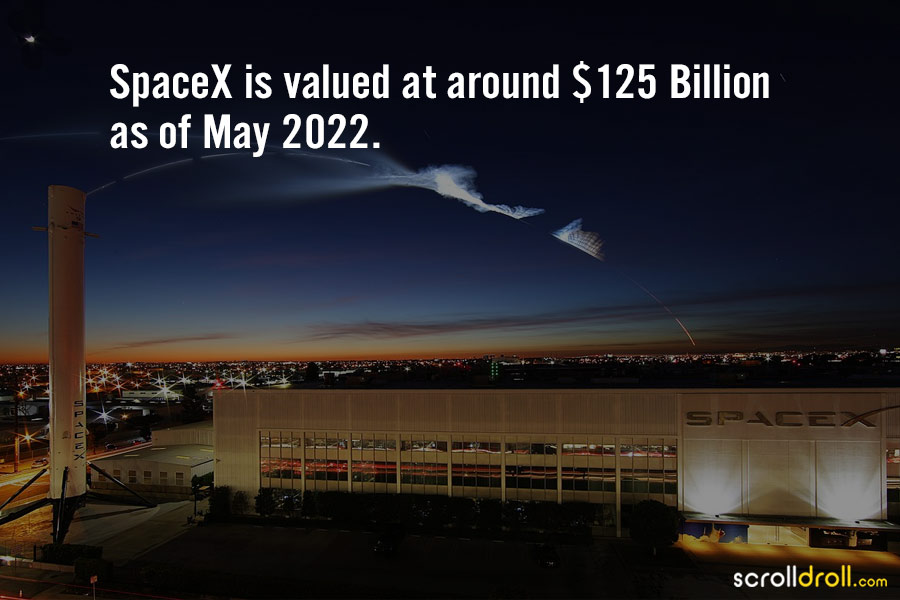 10. Musk aims to build a self-sustaining city of a million people on the Red Planet. 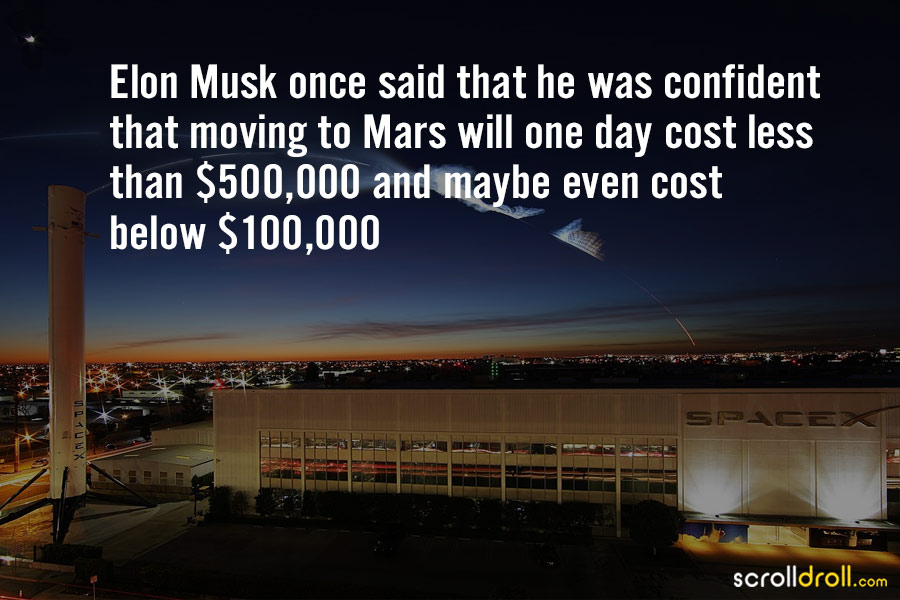 Recently, SpaceX announced that the satellite constellation it is looking to build has already got itself half a.. wait for it.. million customers across 32 countries! The scale and extravagance of the project really make one wonder about the possible implications of the project if it is executed as per plan. The consequences it could hold for the future of humankind is truly something to think about. What are your thoughts in these massive developments in the field of space and technology our world is witnessing? Tell us what you thought about these interesting facts about SpaceX in the comment section!