His A dynamic striker and shrewd captain, Sunil Chhetri has shined bright with his exceptional play in international football. As Indians’ love for cricket overshadows other sports, Chhetri even released a video urging Indians to attend football matches. People honoured his appeal by filling up the stadium. It earned Chhetri a lot of media coverage, but this video shouldn’t be his identifier. He has excelled in football throughout his career and is one of the most talented footballers of India.

To know more about him, check out these interesting facts!

1) Highest in the world! 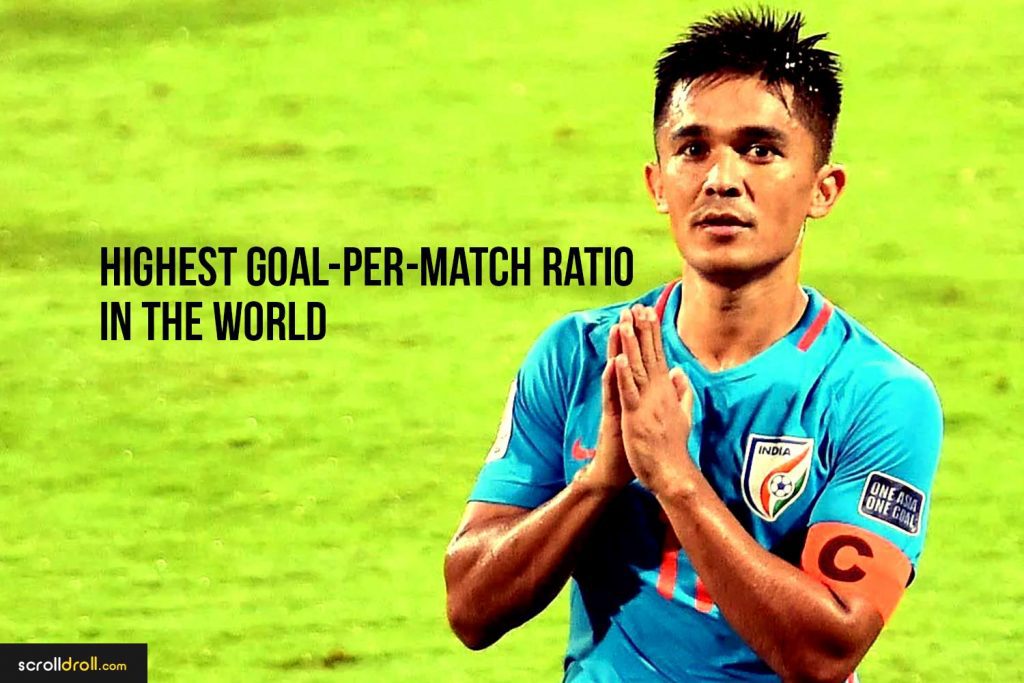 2) Right after Messi and Ronaldo 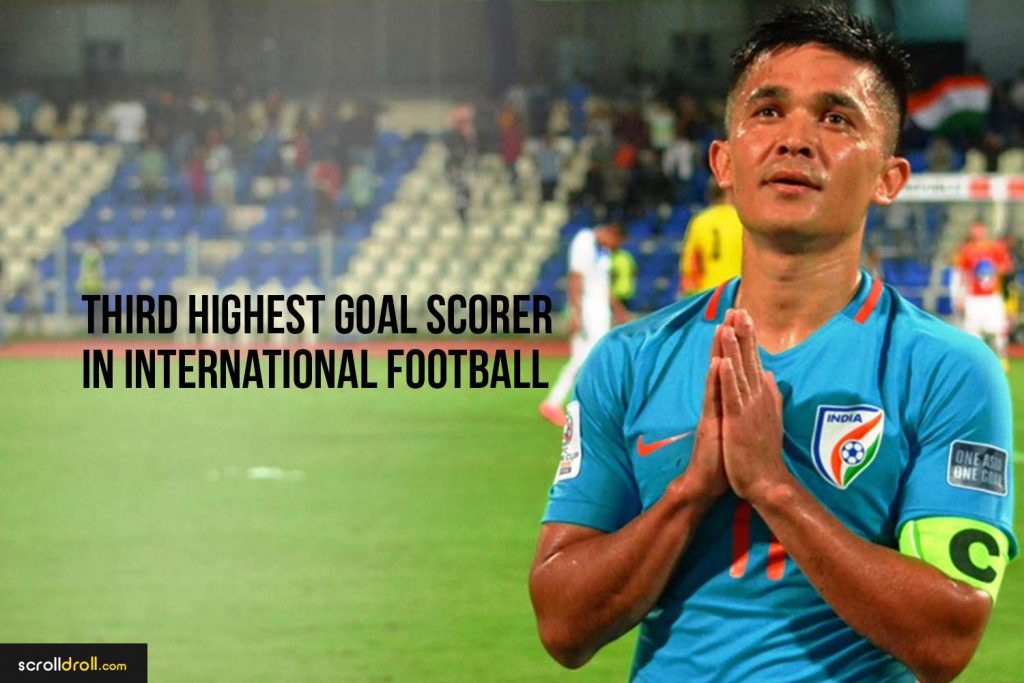 Among current players, he is the third highest goalscorer in international football. With 64 goals, Chettri is behind Messi’s 65 and Ronaldo’s 85. 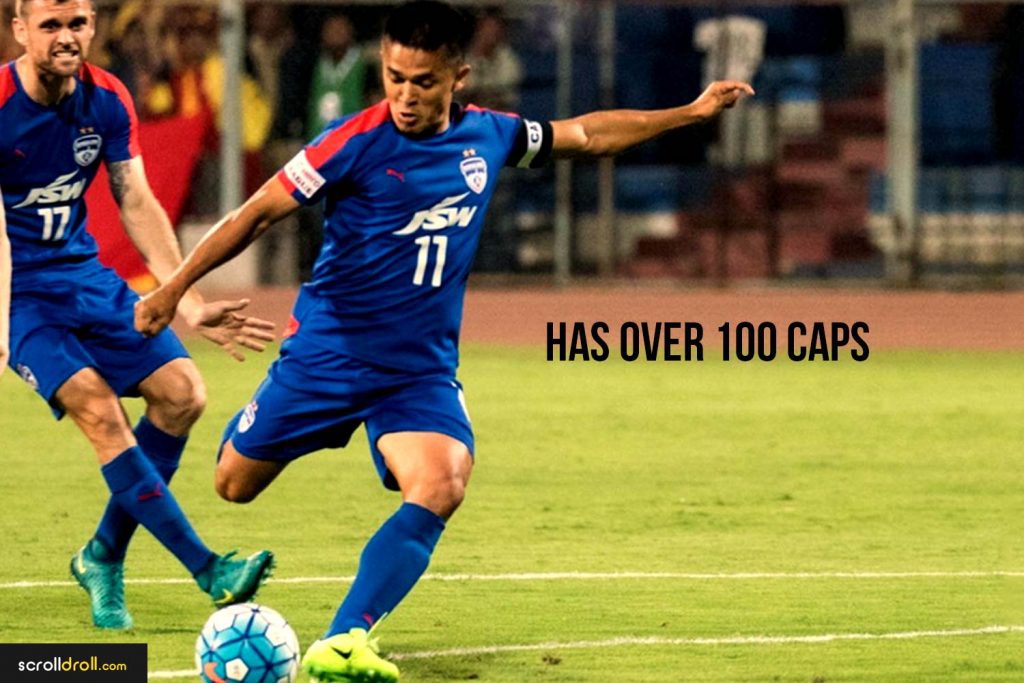 With 101 caps, Sunil Chhetri is the second Indian footballer after Baichung Bhutia (104) to have over 100 international caps. 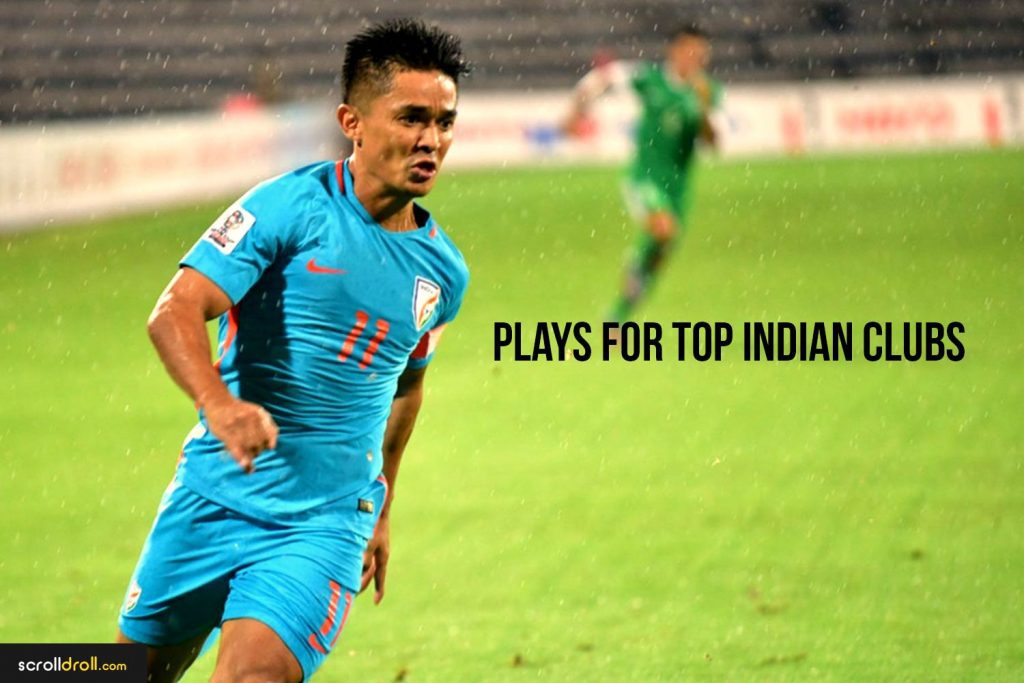 Mohun BaganA.C., JCT and Chirag United are some of the major clubs Chhetri has played for

5) His strikes are talked about worldwide 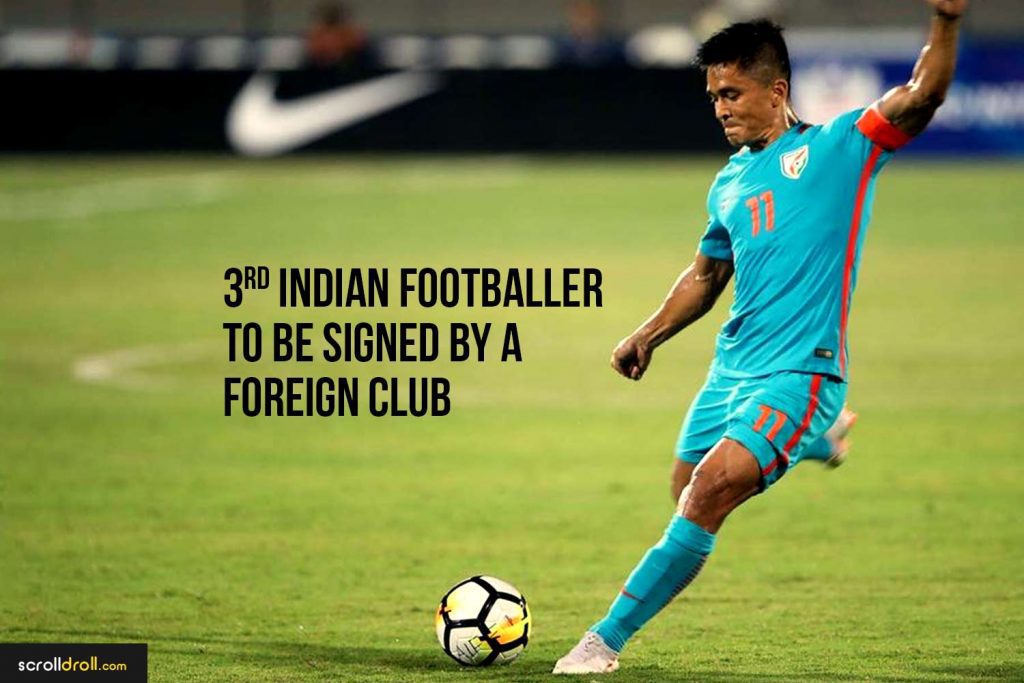 In 2010, Chhetri became the third Indian player to be signed by a foreign club. He joined Kansas City Wizards of Major League Soccer and Sporting Clube de Portugal of the Primeira Liga.

6) Not once or twice but four times 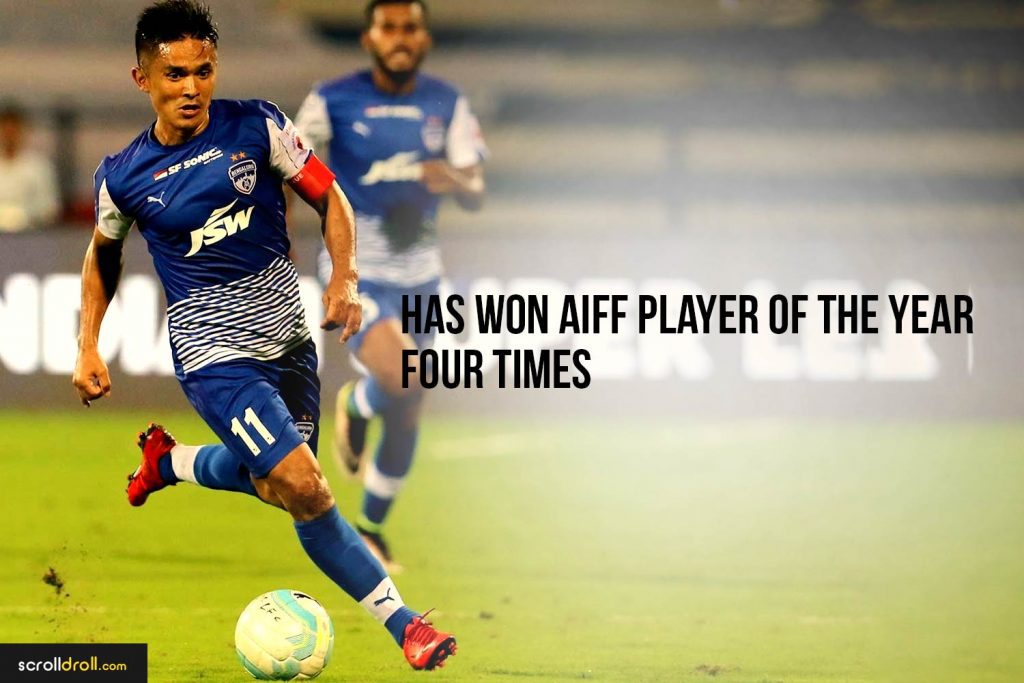 7) He wins way more than he loses 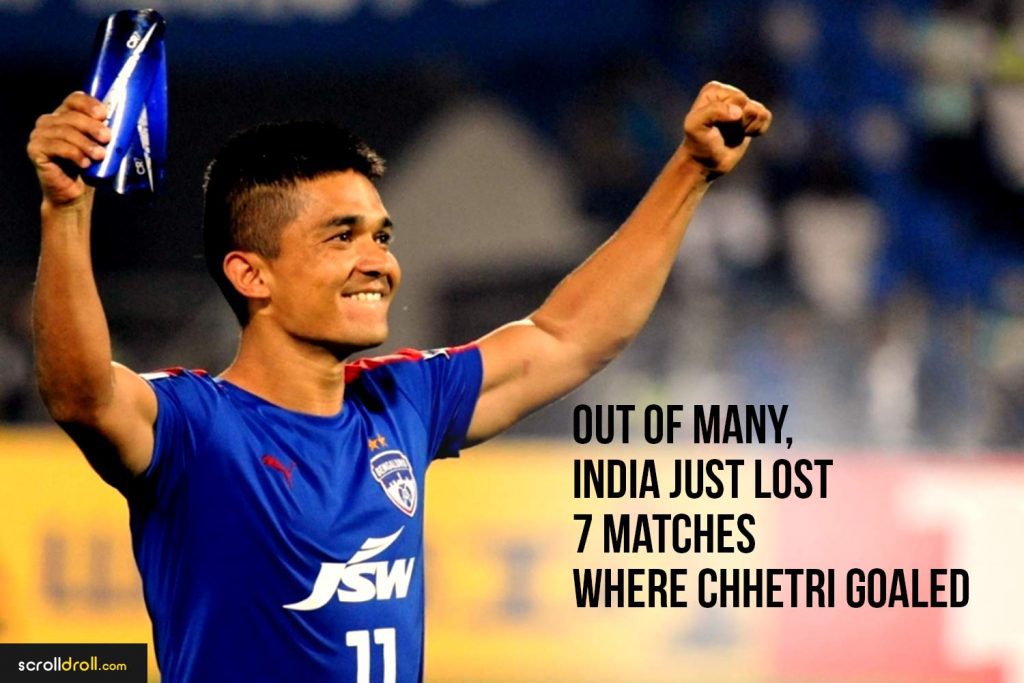 India has only lost 7 matches in which Chhetri has scored a goal. 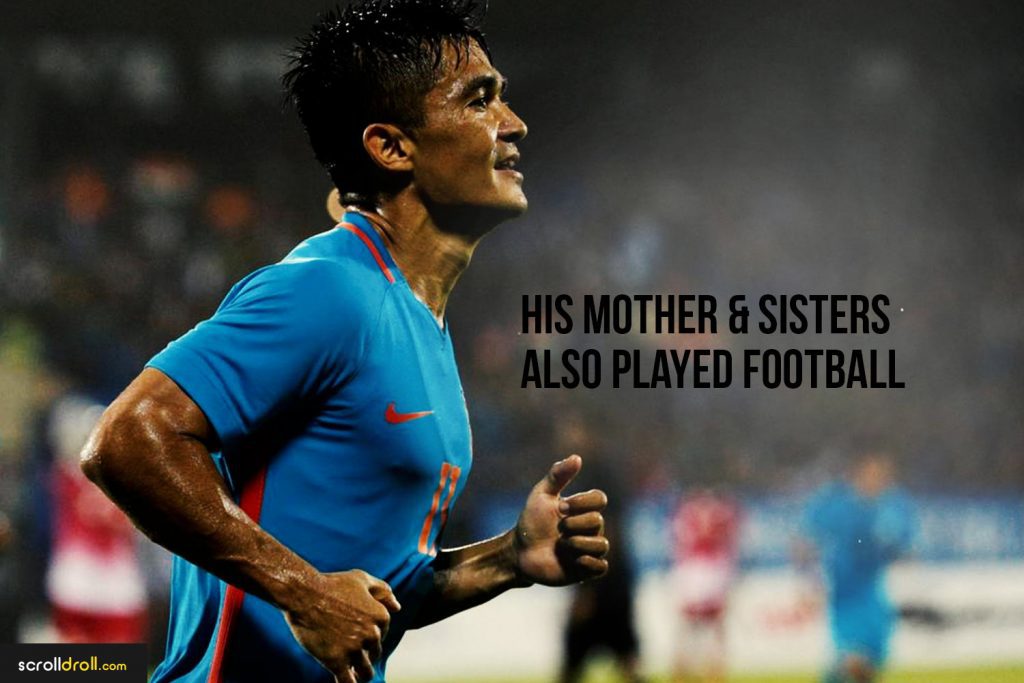 His mother Sushila Chhetri and his sisters represented Nepal in the national soccer team. 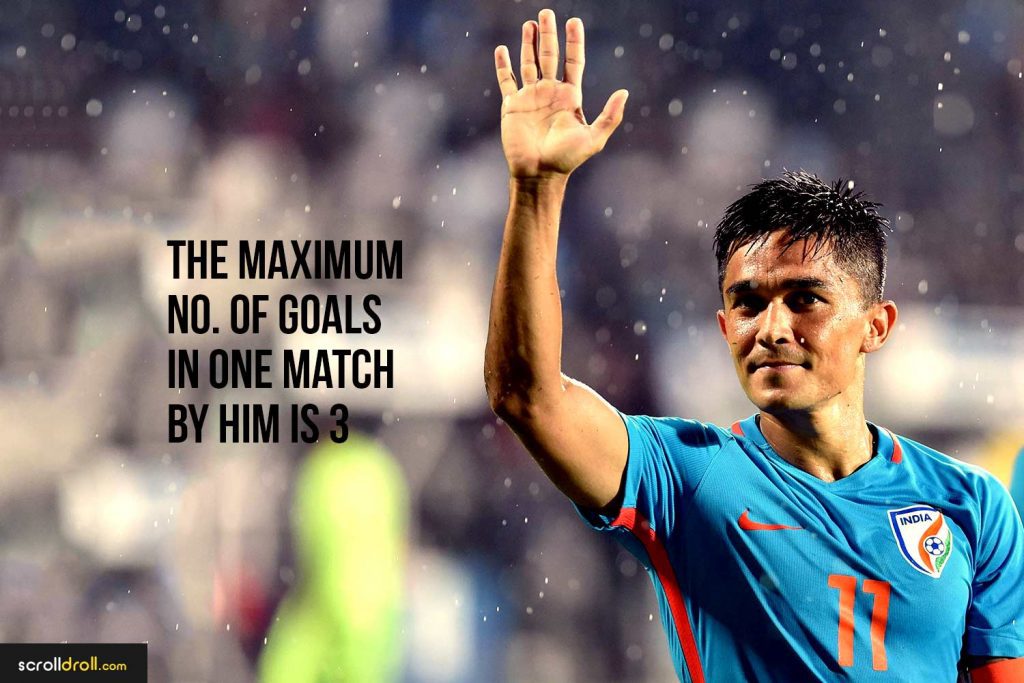 The maximum number of goals hit by him in a single match is 3 – against Chinese Taipei.

10) Recipient of this prestigious award 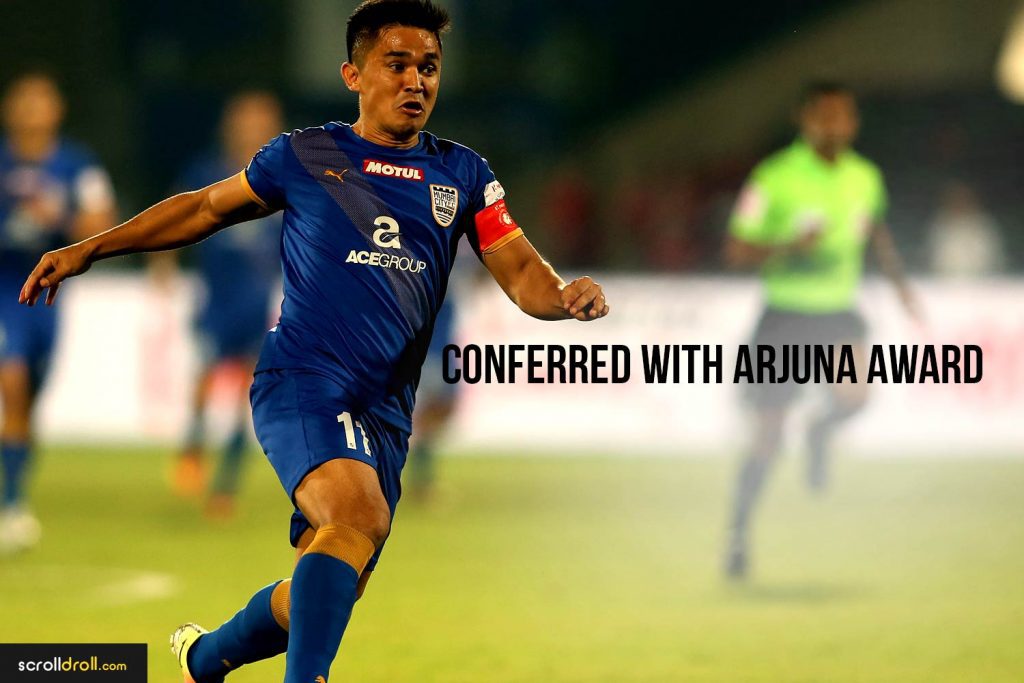 For his tremendous performance, Chhetri was honoured with Arjuna Award in 2011 which he dedicated to his family.

Coming from a family of soccer players, it’s no wonder Chhetri grew up loving football. With his acute leadership, he has led Indian football team to many wins. And, we’re sure he will be maintaining this consistent record in future.