One of the four revered holy abodes of pilgrimage for the Hindus, or the Chardhams as it is better known as, the Lord Jagannath Temple of Puri is one of the most serene places on earth. It is home to Lord Jagannath and his siblings Lord Balabhadra, and Goddess Subhadra. The magnitude of mystery that surrounds this ancient and famous temple is beyond imagination. This article will not only focus on the mysterious facets of the temple but will also dive into the history of the temple. Let’s have a look at some of the most interesting facts about the Lord Jagannath Temple of Puri!

The idols are made of wood and are replaced with new idols during Nabakalebara. This ritual is done once after every 8, 12, or 19 years. Sacred neem trees with rigid specifications are selected and used for the purpose. The carving is done in secrecy by selected carpenters within a period of 21 days. The old idols are buried near the Koili Vaikuntha. The last Nabakalebara took place in 2015 and millions of devotees witnessed the event. 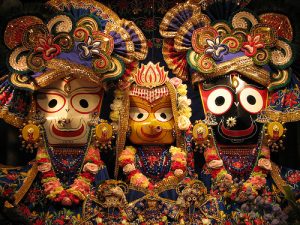 The flag atop the Jagannath Temple flutters in a direction opposite to the direction in which the wind blows. This science-defying phenomenon remains inexplicable to date. The 20 feet wide triangular flag is changed manually every day by trained priests who climb up the structure of the temple to change it. It is said that if this ritual is skipped even for a day then the temple will remain closed for 18 long years. 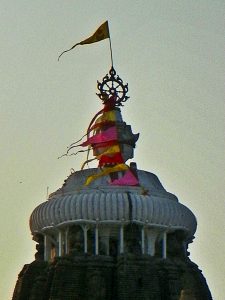 The annual Rath Yatra is the chariot festival in which the three deities mount on their decorated chariots and set forth across the streets of Puri to visit their maternal aunt in the Gundicha temple. They stay there for seven days then come back to the temple. Lakhs of devotees gather from all around the world to witness the God who steps out of the temple and graces his devotees with his presence. 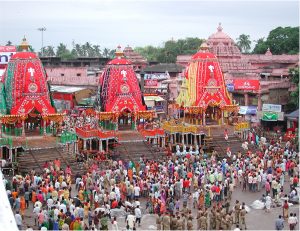 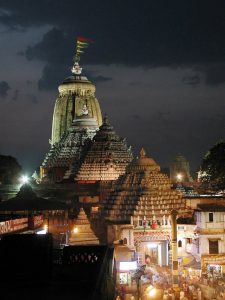 The Temple is home to ancient riches in the form of gems and gold. This made it sensitive to as many as 18 invasions in the past. During the reign of Aurangzeb, the temple remained closed and was only reopened after his death. 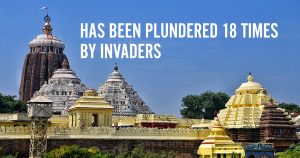 No matter what time of the day it is, no matter where the sun is peeping through in the sky, the temple doesn’t have a shadow. That’s not a metaphor. There is really no shadow. Now if that is an architectural wonder or simply a miracle, that’s for you to decide. 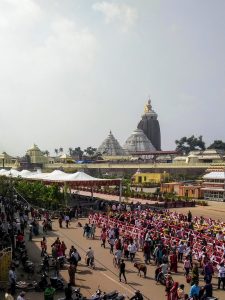 The Mahaprasad is served to Lord Jagannath in 5 phases and consists of 56 delectable delicacies. It is of two types, the sukhila and the shankhudi. The sukhila consists of all the dry confectionaries and the shankhudi consists of rice, dal, and other items. It is available for the devotees in a market called the Ananda Bazaar which is located in the temple premises itself.

8. Preparation of the Mahaprasad

The Mahaprasad is prepared by thousands of priests, in more than 750 clay hearths! 7 earthen pots are placed one above the other and the food is cooked over firewood. It is said that the food in the topmost pot gets cooked first followed by the rest.

8. The Mahaprasad never goes to waste

In a country that is known to have wasted 68 million tons of food in a year, there is a temple where the food prepared for lakhs of people never goes to waste. Not even a morsel! 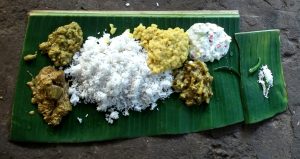 9. Sound of the waves 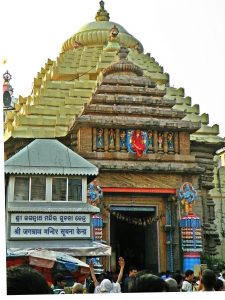 The temple complex has over 30 other small temples in it. Two of these temples, the Vimala Temple and the Narasimha Temple, or older than the Jagannath Temple itself! Along with the temples, the complex also has five sacred fish tanks- Indradyumna, Rohini, Narendra, Markandya, and Swetaganga.