Uber has been a reliable source whenever we had to rush somewhere. Over the past few years, we have been so familiar with the concept of ride-sharing, that we almost take Uber for granted. Just like we do about any other public transport. I guess this is a success for the company. They have come up with many reliable solutions for this problem to build trust in their customers. But Uber was only a fairly recent start-up with all its ups and downs. Here are 15 interesting facts about Uber that you (probably) didn’t know.

1. Uber was founded by Garrett Camp and Travis Kalanick in 2009. 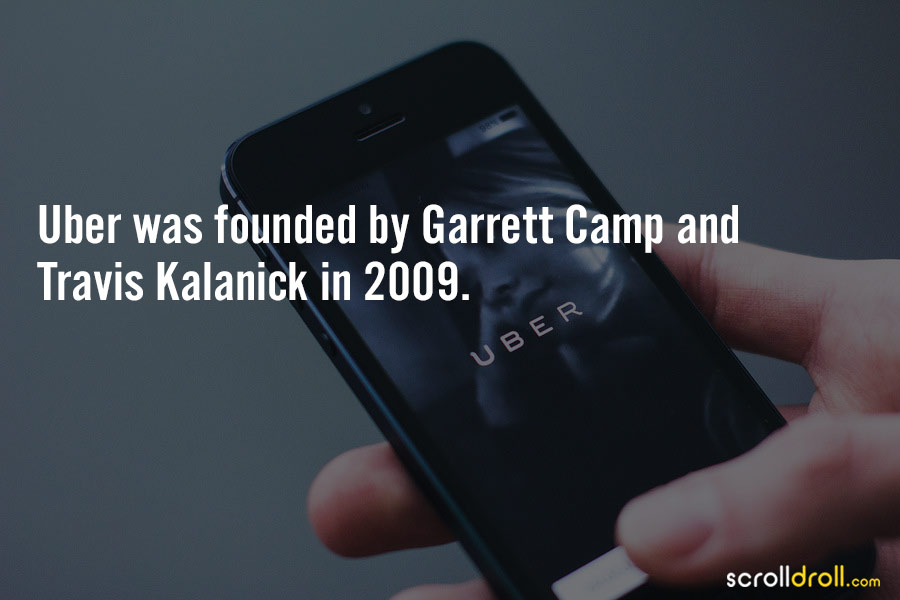 If you pay with your credit card, the money goes to a Holland-based Uber account near Amsterdam. From there, it is further transferred to a US Wells Fargo account. It is only after seven days that 80% of the money paid reaches a driver’s account in India. 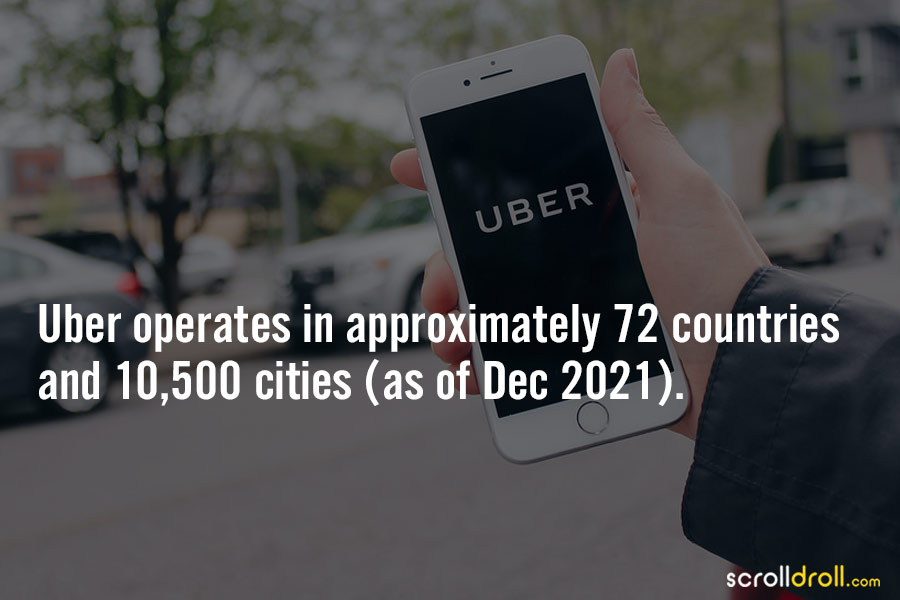 3. Uber has over 120 Million monthly active users worldwide with an average of 21 Million trips per day (as of 2022)

The popularity and global reach of Uber rendered them to do 21 Million trips per day making it the most successful ride-hailing and ride-sharing app. It operates on all continents except Antarctica. 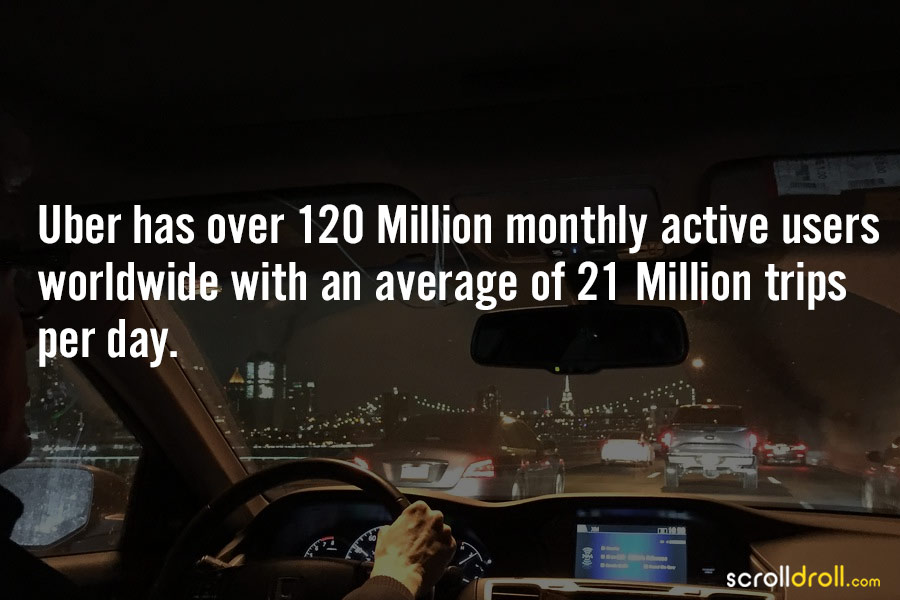 4. You can book an Uber Helicopter between Manhattan and John F. Kennedy International Airport in the USA.

Uber has been offering 8-minute helicopter flights between Manhattan and John F. Kennedy International Airport for $200-$225 per passenger in partnership with HeliFlight. 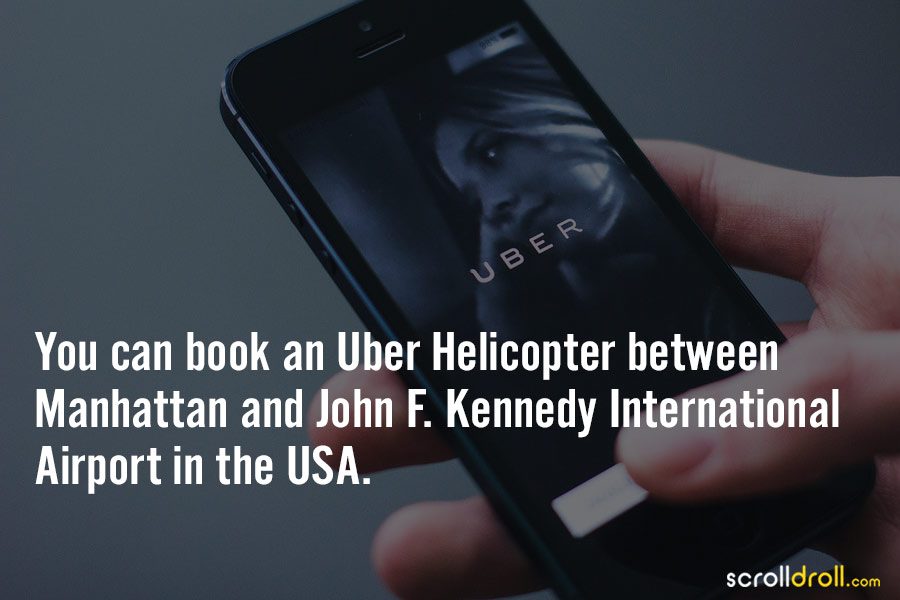 5. Uber once hired a Nuclear Physicist

Uber once created a think tank for a Nuclear Physicist, a computational neuroscientist, and a machinery expert in its early days. It was done to create a mechanism that helped Uber to predict demand for a cab and where the demand is the highest. 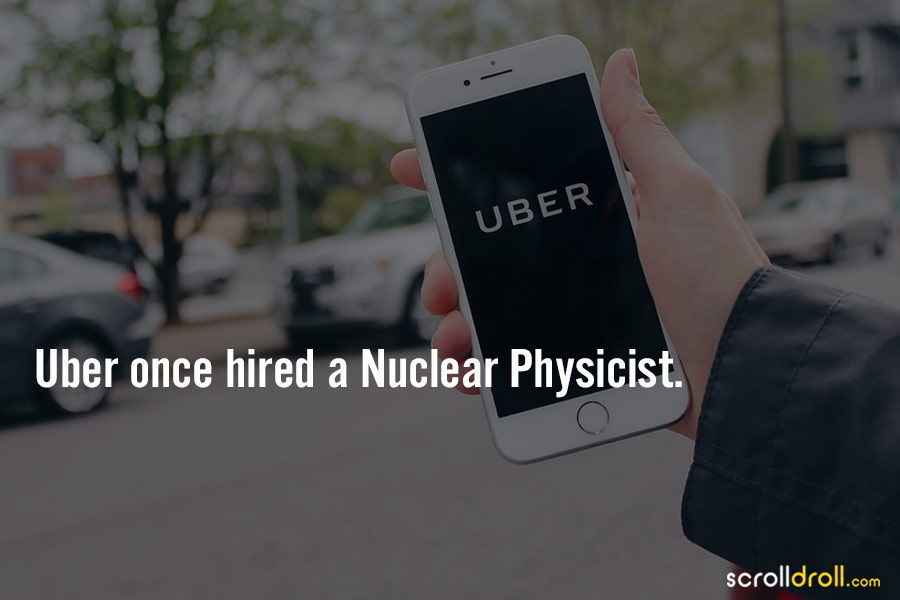 6. Uber Eats – the online food ordering division of Uber’s business operates in over 6,000 cities across 45 countries as of 2021.

Uber Eats has become one of the most used online food-ordering apps in the world since its launch in 2014. 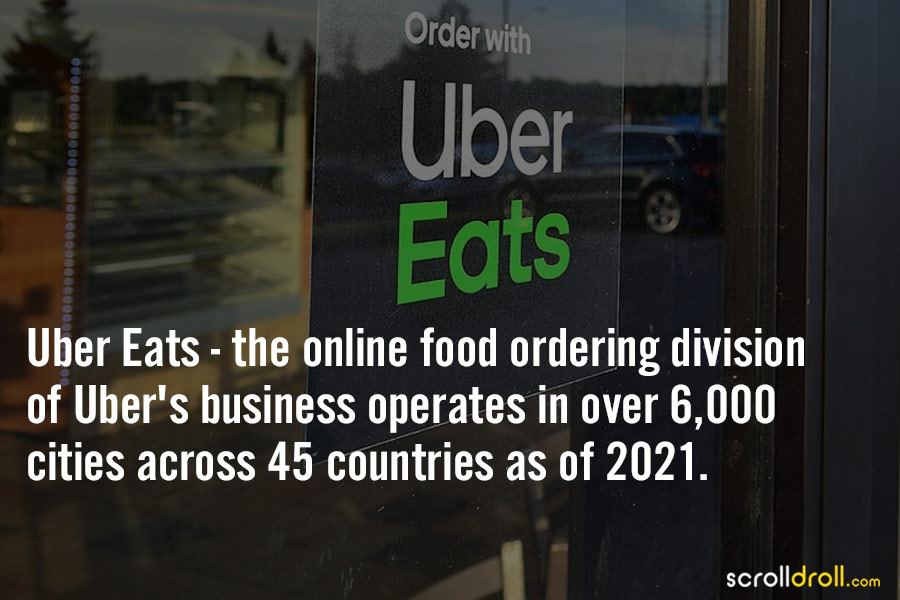 In January 2020, Uber sold its Indian Uber Eats operations to Zomato in exchange for 9.99% of Zomato. 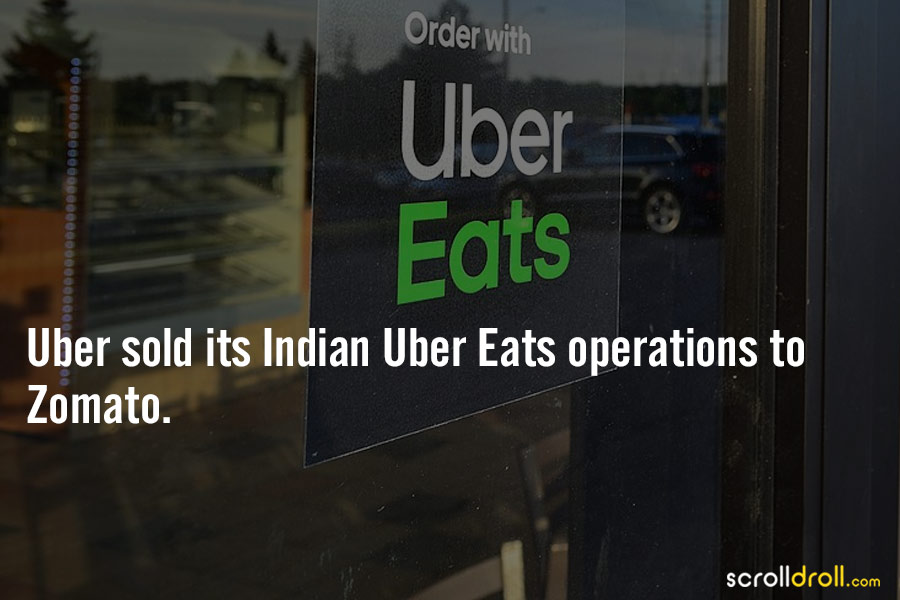 I am sure everybody has heard about the internet celebrity and YouTuber Mr. Beast. He currently holds the record for the longest Uber ride ever which was 3,361 Km long driving all the way from North Carolina to California. At the end of the ride, Mr. Beast gave the driver a generous tip of $5,500. 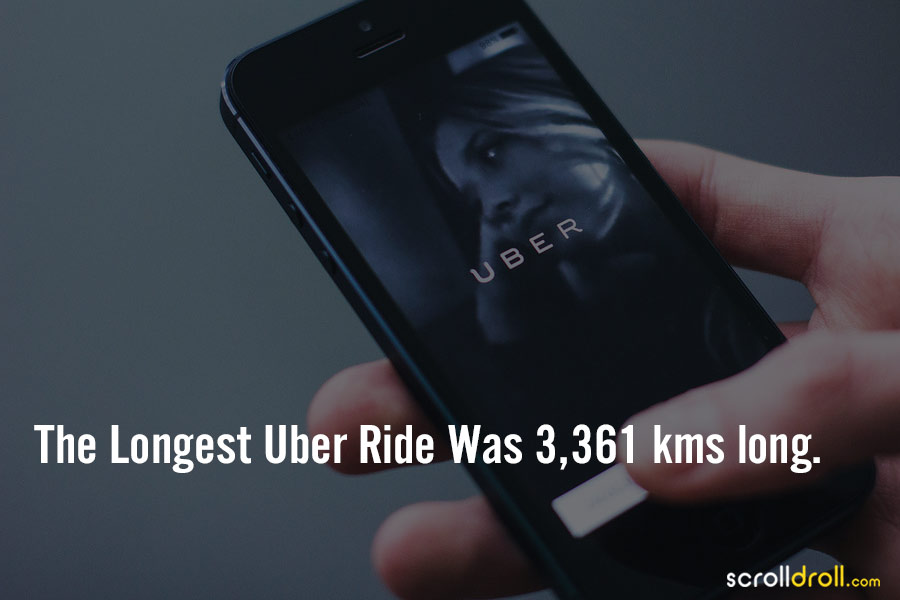 9. Uber has either sold or merged its operations in China, Russia, and South East Asian markets 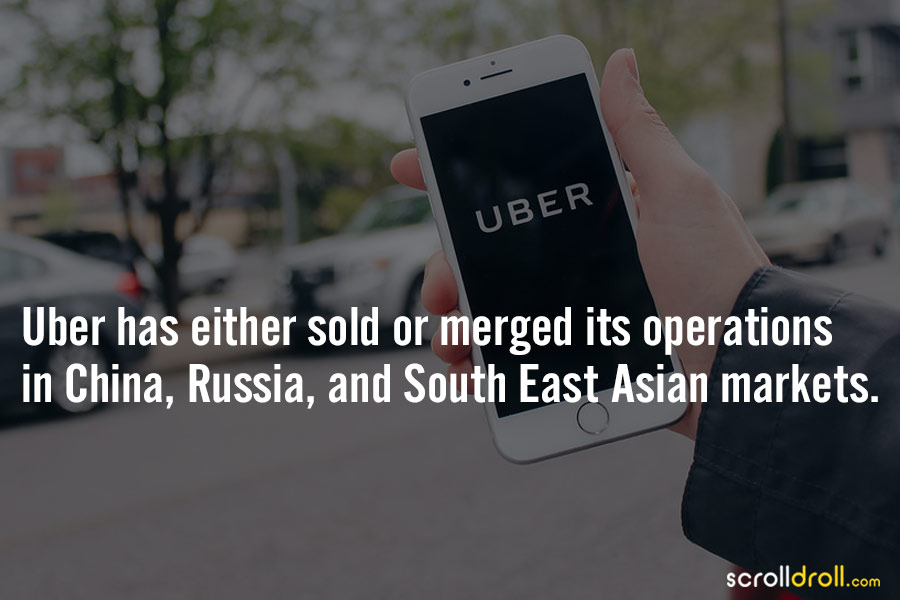 Back then, Uber operated in only 21 countries. 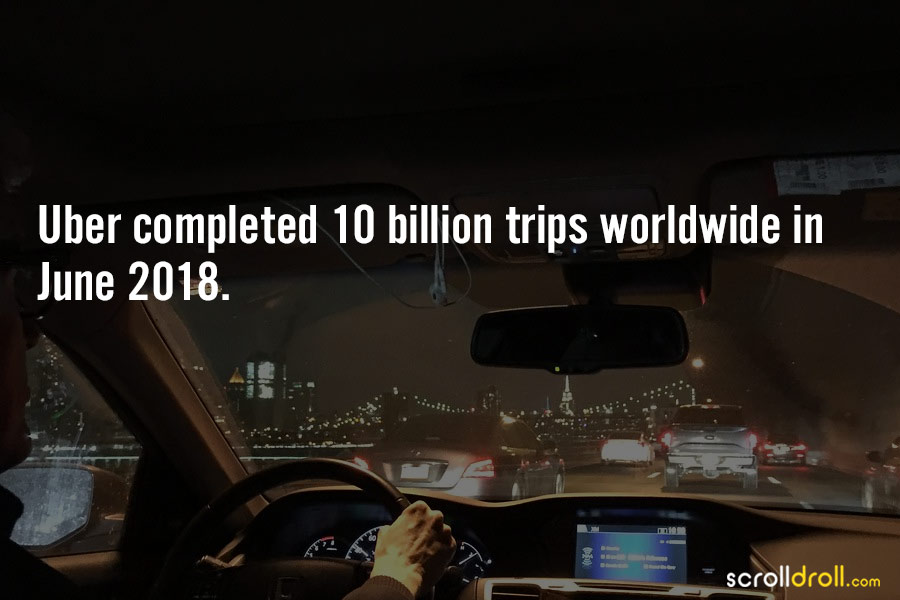 11. The most forgotten item in an Uber is the Mobile phone.

Well, we all know someone who has forgotten his/her mobile phone in an Uber. So, this shouldn’t be too surprising? 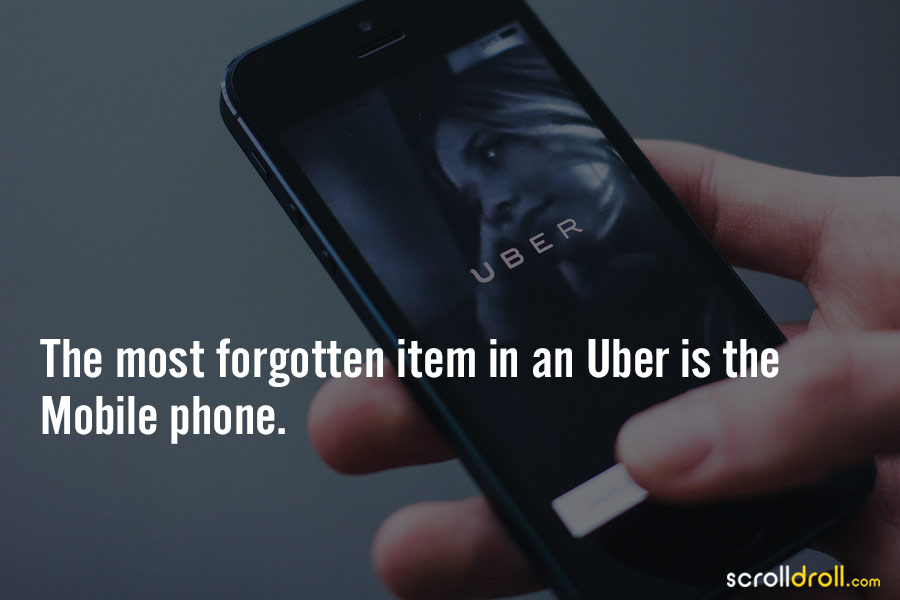 12. Uber had the worst first-day dollar loss of a US IPO.

Investors saw a cumulative loss of $655 Million on the first day of its public listing. 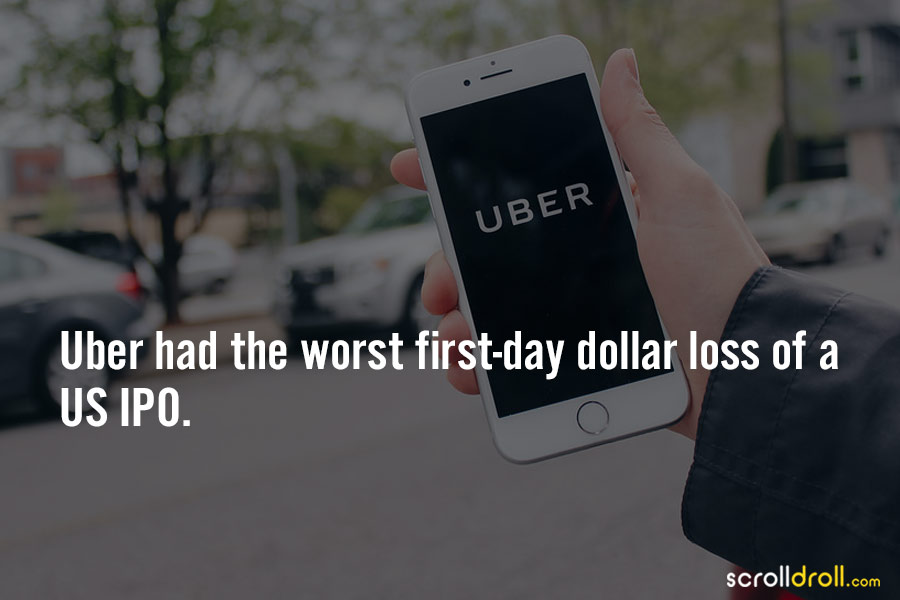 In 2016, Hackers stole 57 Million names, email addresses, and mobile phone numbers of its customers and drivers. The company then had to pay the hackers to get the data deleted. 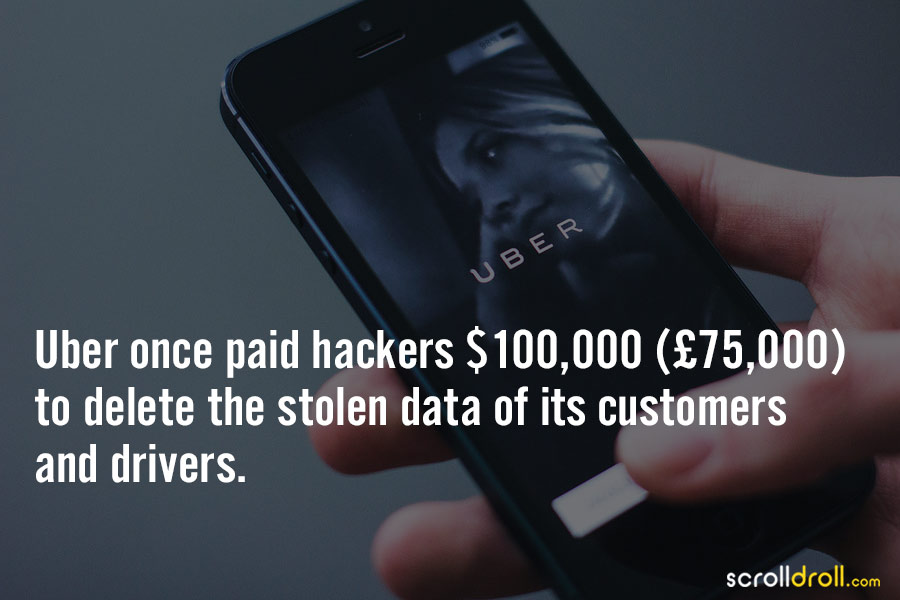 Uber cars operating in regions such as Europe, Japan, South Korea, United States, Canada, etc. will be 100% all-electric by 2030 due to climate change. It plans to be 100% Carbon net-zero by the year 2040. 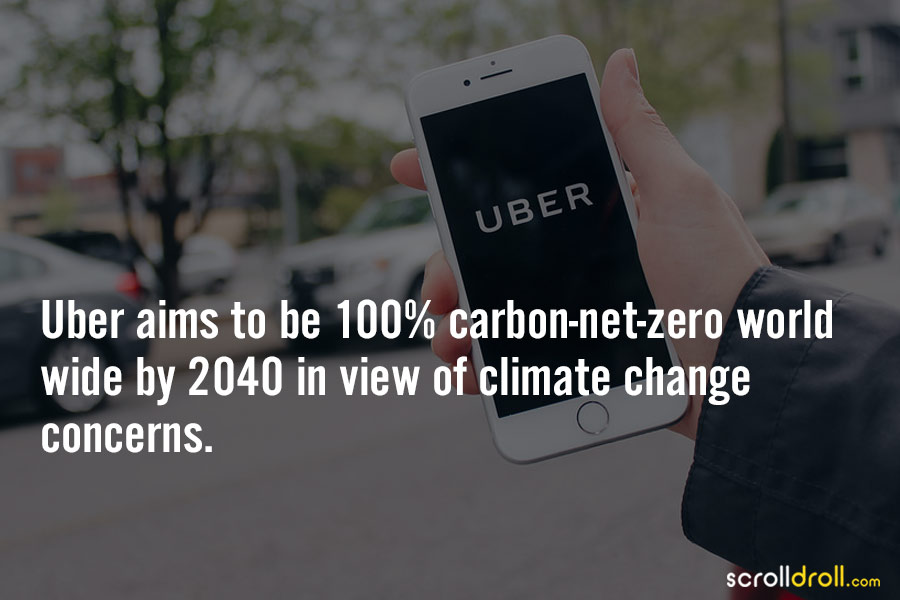 This was our list for the 15 interesting facts about Uber. Did you know about it?