With a history spanning over a century, Bollywood has produced countless memorable movies and memorable actors. These actors are not only known for their acting skills but also for their personal lives, controversies, and their journey to fame. In this article, we will take a look at some of the most interesting facts about some of the most popular Bollywood actors:

1. SRK has a phobia of riding horses. 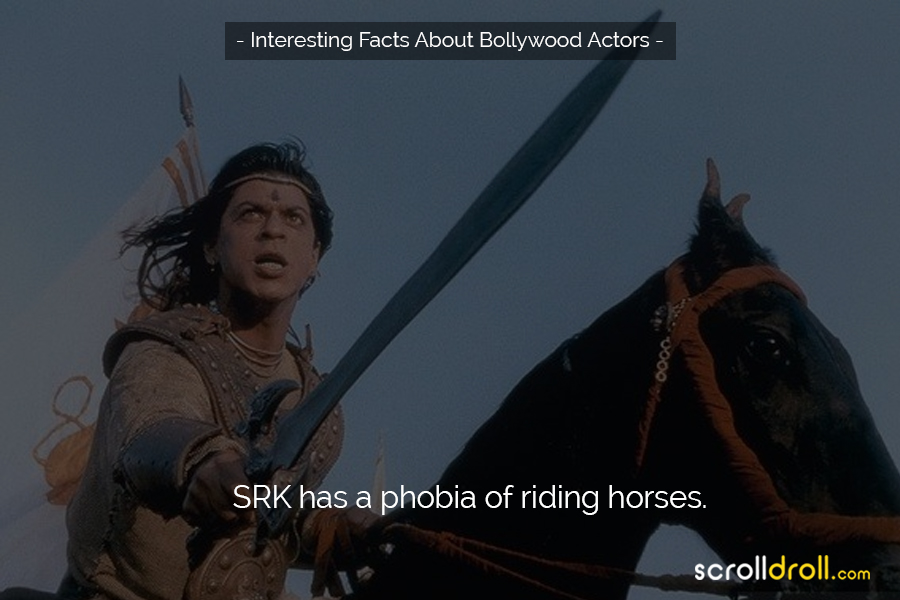 Phobias are the quintessential experience of being human!

2. Waheeda Rahma and Rakhee, both, have played the roles of mother and lover to Amitabh Bachchan. 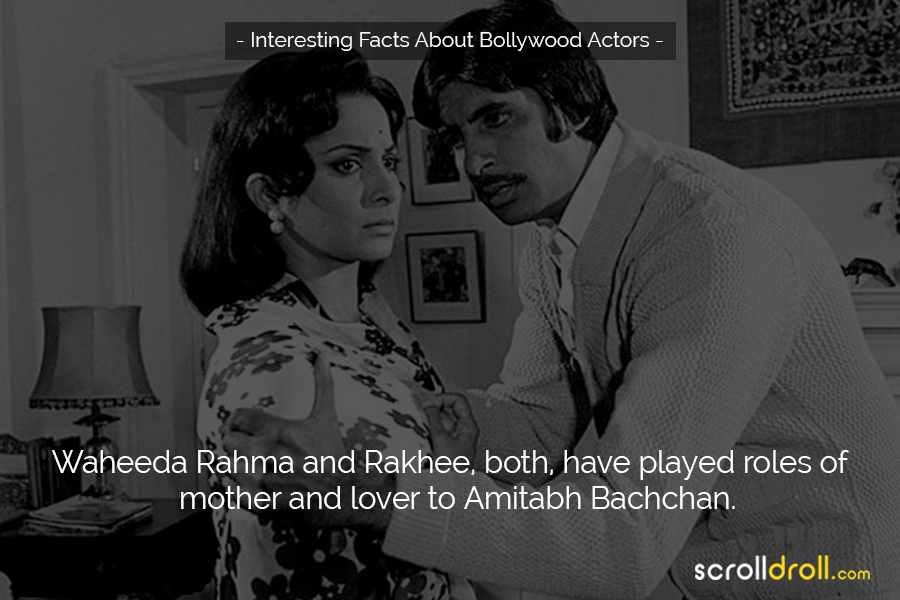 And nobody questioned it back then?

3. Sonam Kapoor worked as a waitress in a Chinese restaurant in Singapore to manage her expenses. 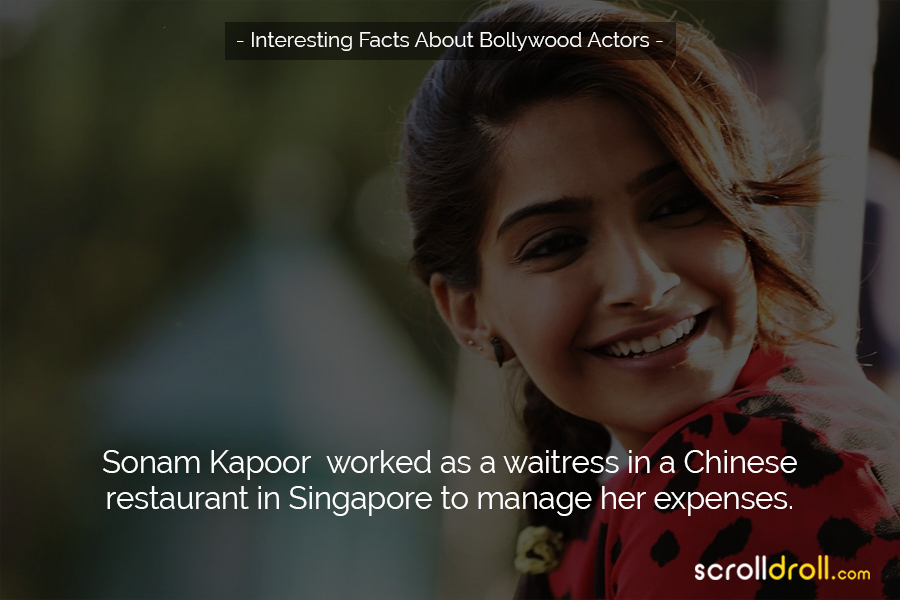 That was some tough parental love, honey. 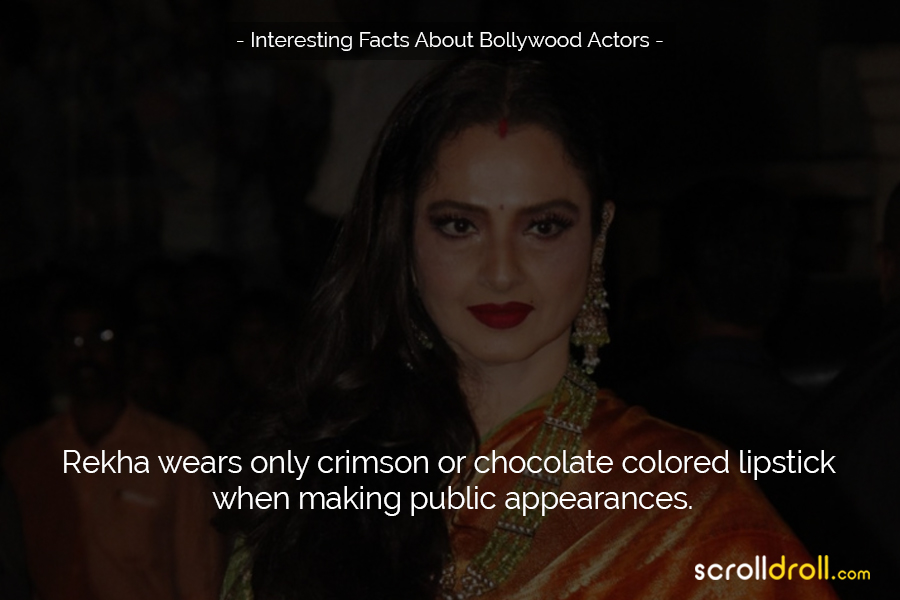 That’s her style quotient, I guess.

5. Hritik Roshan made his acting debut when he was just 6 years old, as an extra in a dance sequence for the movie “Asha”. 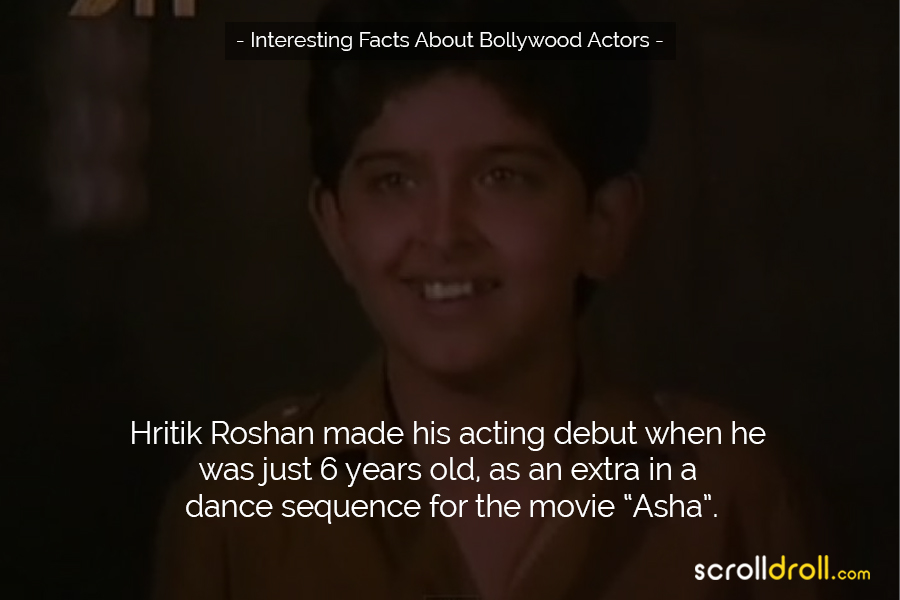 So that’s when he became passionately curious about dancing?

6. In the 1990 film ‘Awwal Number’, Dev Anand’s mother (in the photo frame) is Cindy Crawford, an American model. 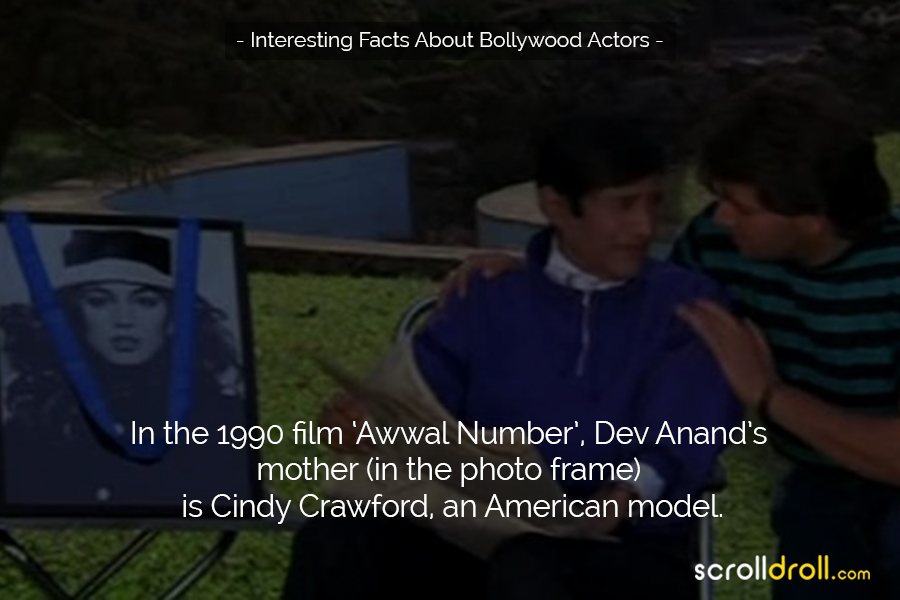 7. Farhan Akhtar ventured into Hollywood when he wrote the lyrics for the soundtrack of the film  Bride and Prejudice (2004). 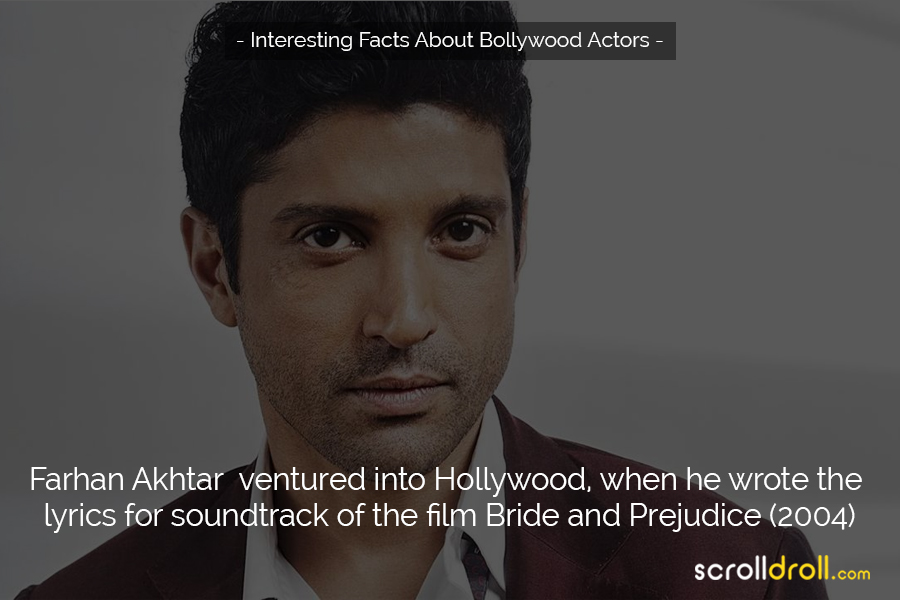 That too, before Pee Cee and Deepika! 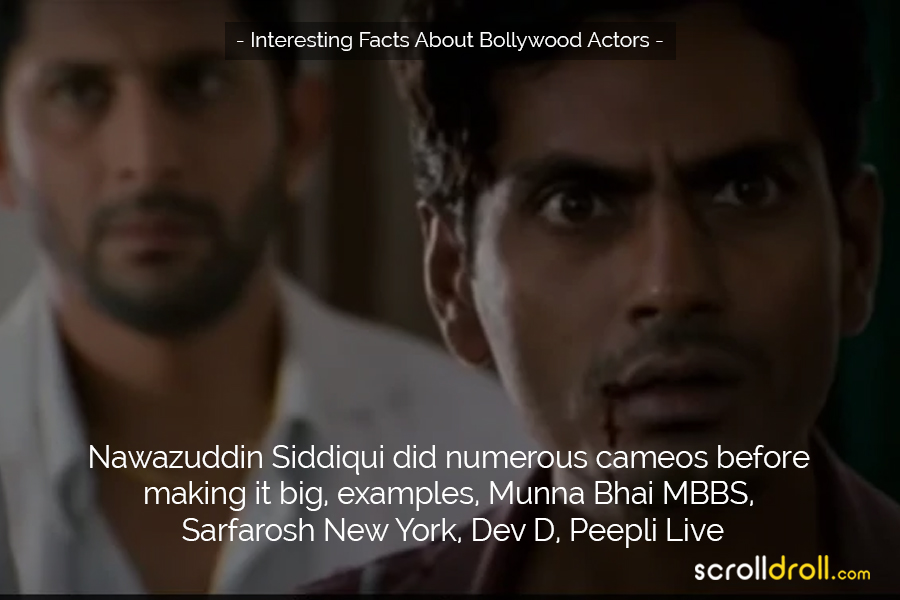 Slowly but surely, he did it!

9. Shah Rukh Khan’s least favourite school subject was Hindi, his mother offered to take him to see a Hindi film if he improved. 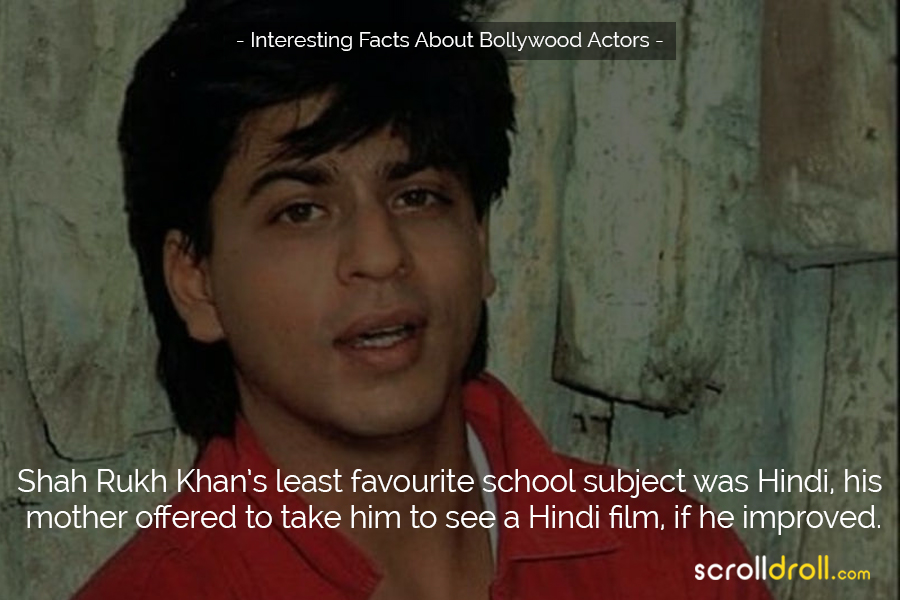 Could she see what was coming, already?

10. In  ‘Kal Ho Na Ho’, Karan and Farah gave a guest appearance together which was left unnoticed by everyone. 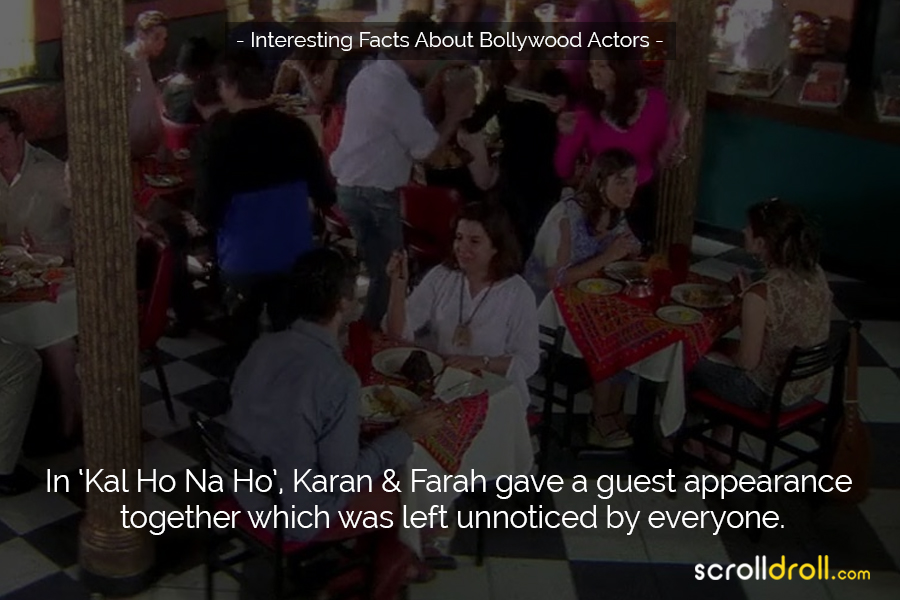 Did you see it? Even I didn’t. 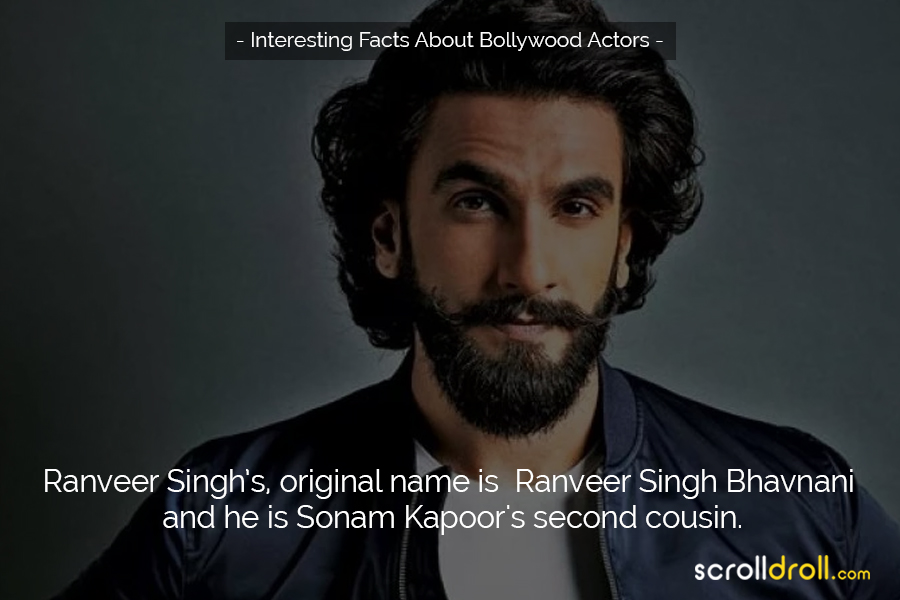 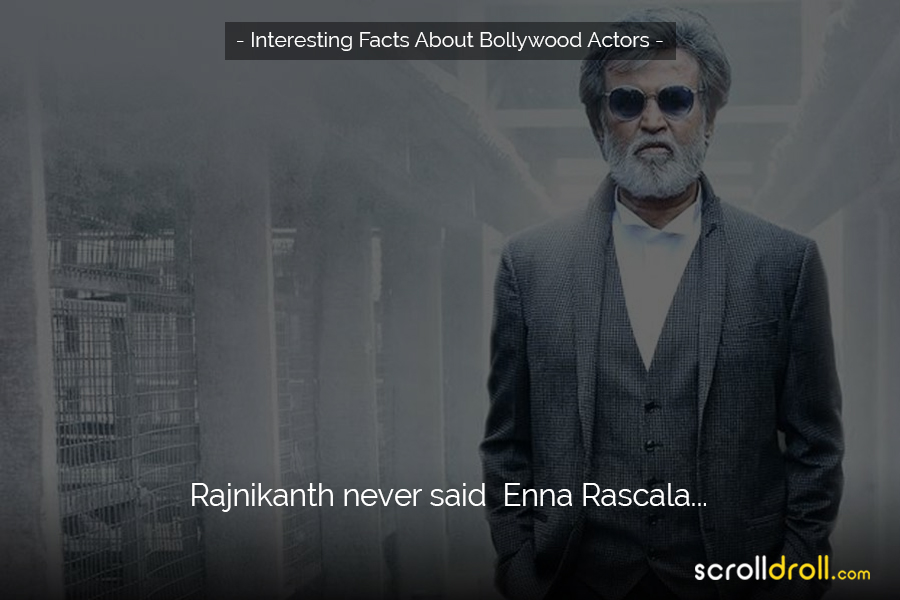 13. Aamir khan was very good at tennis in his school and played at the national level. He was the champion in the under-12 or 14 groups. 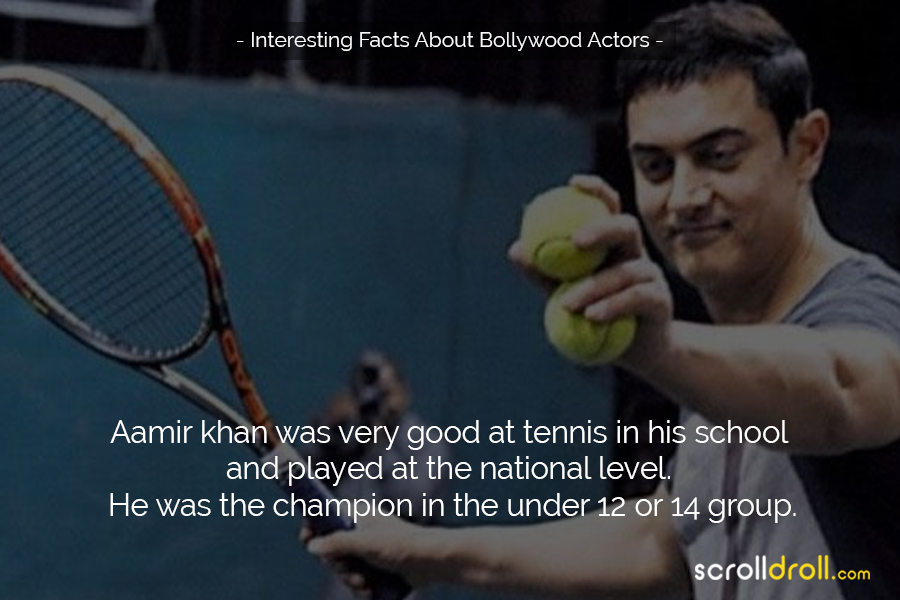 And you thought that Nawaz was the only struggler in the B- town.

14. Kareena’s name has been inspired from the book Anna Karenina, which Bebo’s mother was reading, when she was pregnant with Kareena. 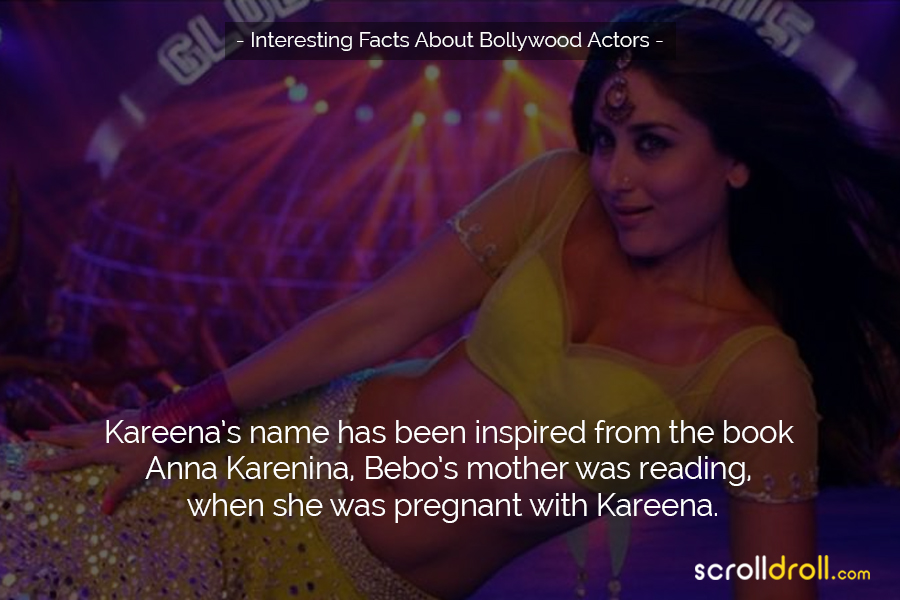 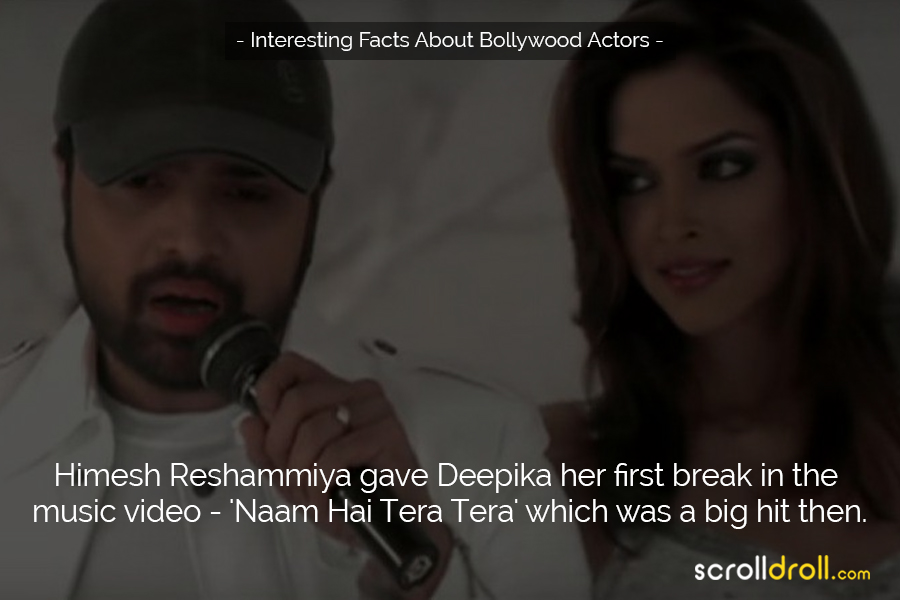 The loftiest towers rise from the ground.

16. Amitabh Bachchan is ambidextrous – the ability to use the right and left hands equally well. 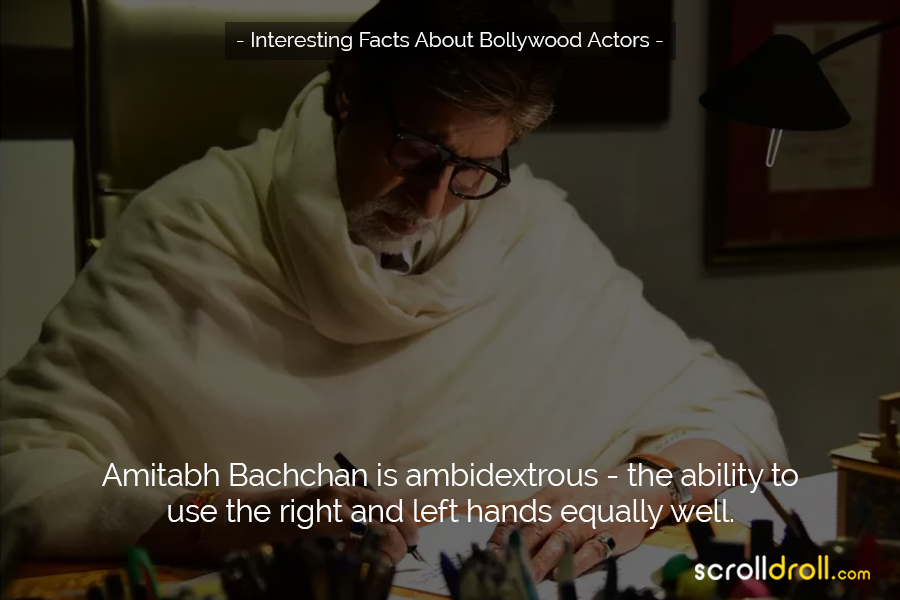 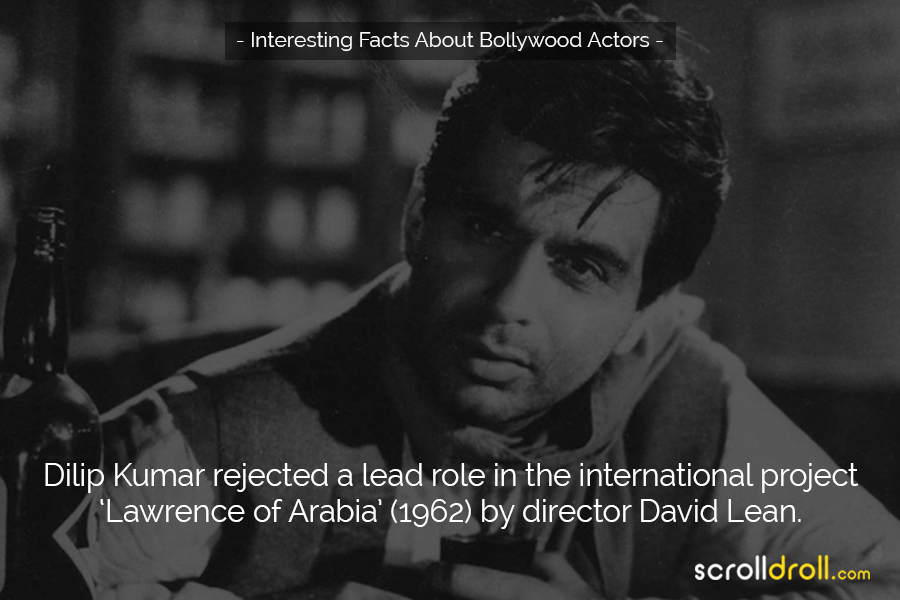 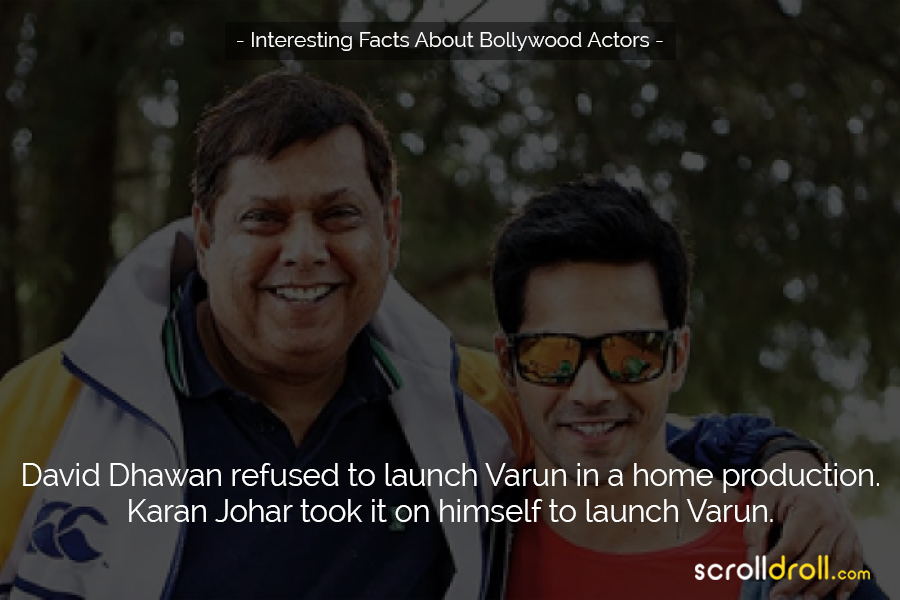 19. Katrina Kaif is the first Indian Actor to have a Barbie Doll modelled on her. The doll was part of a line called “I Can Be.” 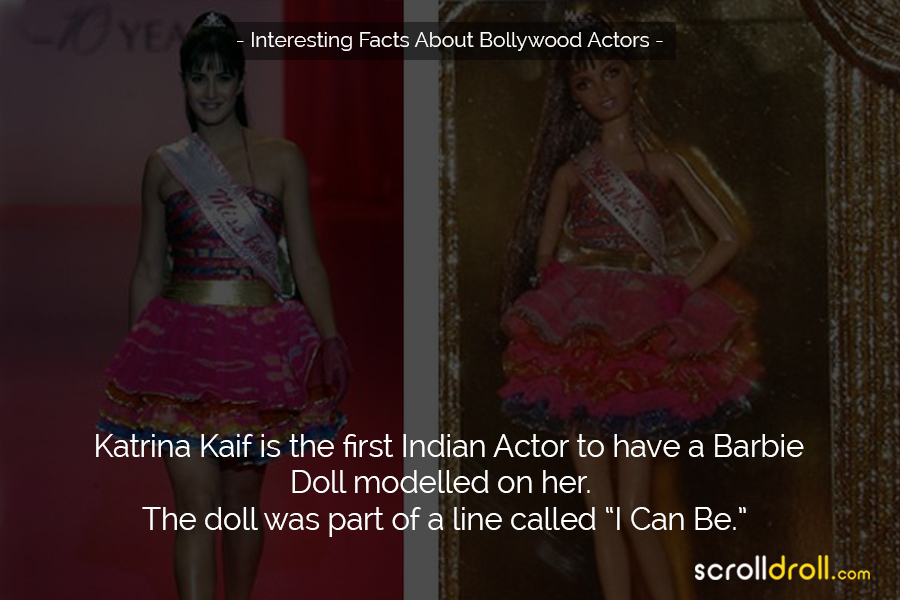 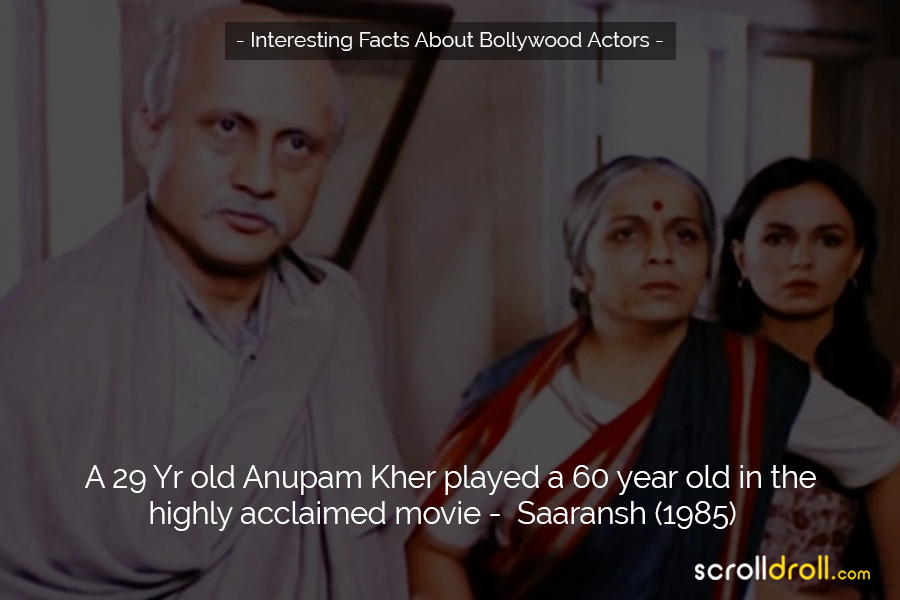 21. Sharmila Tagore became the first Indian actress to appear in a bikini in ‘An Evening in Paris’ (1967). She also posed in a bikini for Filmfare magazine in 1968. 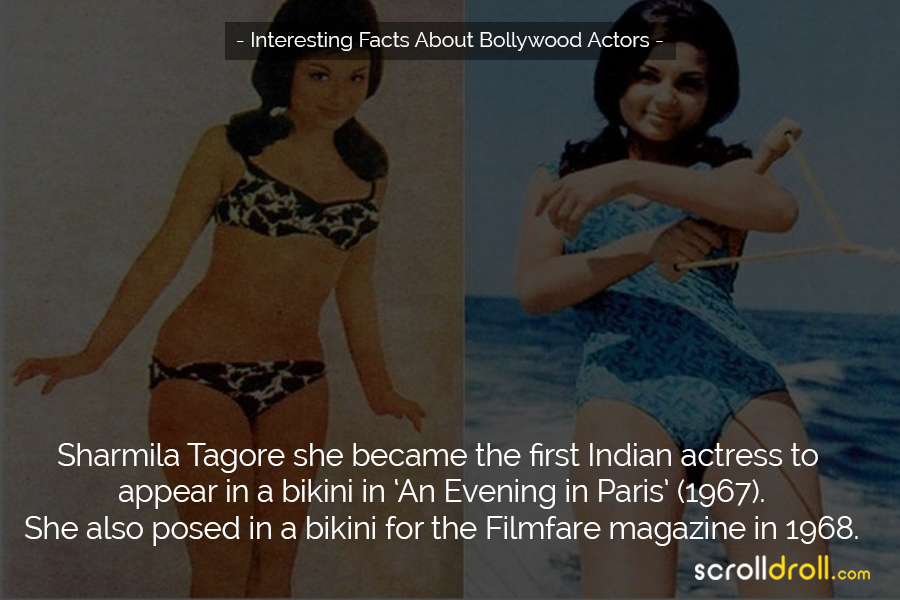 22. Salman has two fatwas issued by Muslim organisations, the fatwas allege that he contravened the Islamic law that forbids the worship of idols. 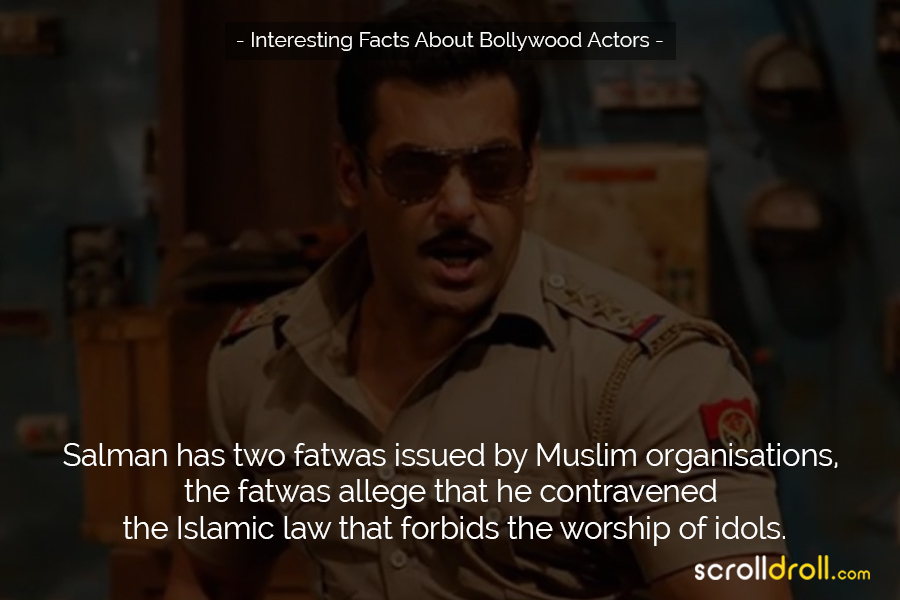 Every actor is unique, with their own set of flamboyance and flaws. But despite that, we love to love them or hate them for what they are. Whether you are a fan of Bollywood movies or not, these interesting facts about Bollywood actors are sure to leave an impression and make a lasting impact on your mind.