India has always had a rich history in culture as well as scientific temper, and has birthed several famous scientists who have contributed stupendously to the progress of their respective fields. One such man from recent history is Jagdish Chandra Bose, the man who proved that plants had life!

Also read: 15 Famous Indian Scientists Who Contributed To The Progress In Science

Jagdish Chandra Bose was born in 1858 in Munshiganj in Bengal Presidency (present-day Bangladesh) to mother Bama Sundari and father Bhagwan Chandra Bose, the latter of whom was a prominent member of Brahmo Samaj, a monotheistic reformist movement in Hindu religion started by Raja Ram Mohan Roy. 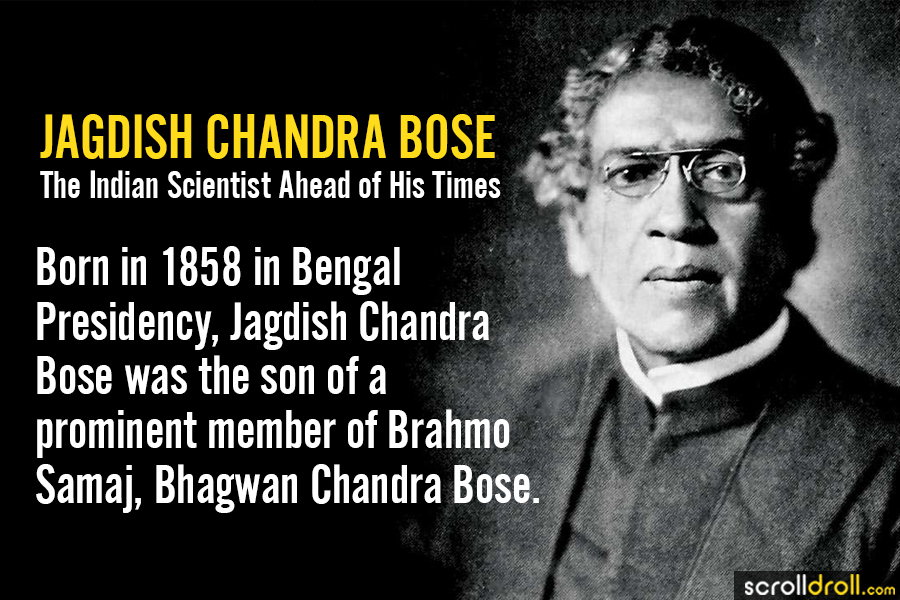 Bose did all of his schooling and then his bachelor’s in India, and wanted to go abroad to compete for the civil services, but was deterred from doing so by his father, who wanted him to be a scholar. Bose had already developed an interest in natural sciences, so he decided to study medicine at the University of London. However, he grew ill there, and it is said that he did not have the stomach for all the dissection involved in medicine. 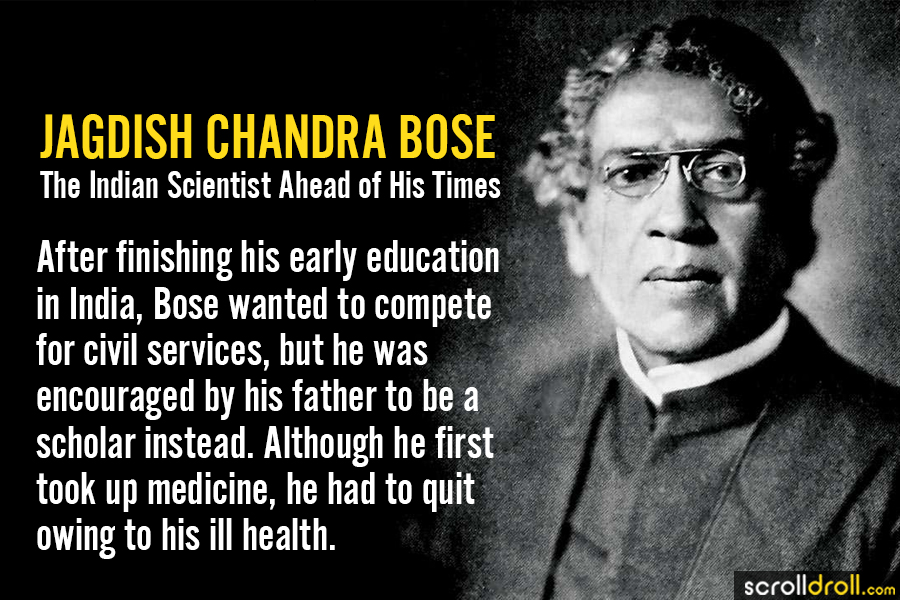 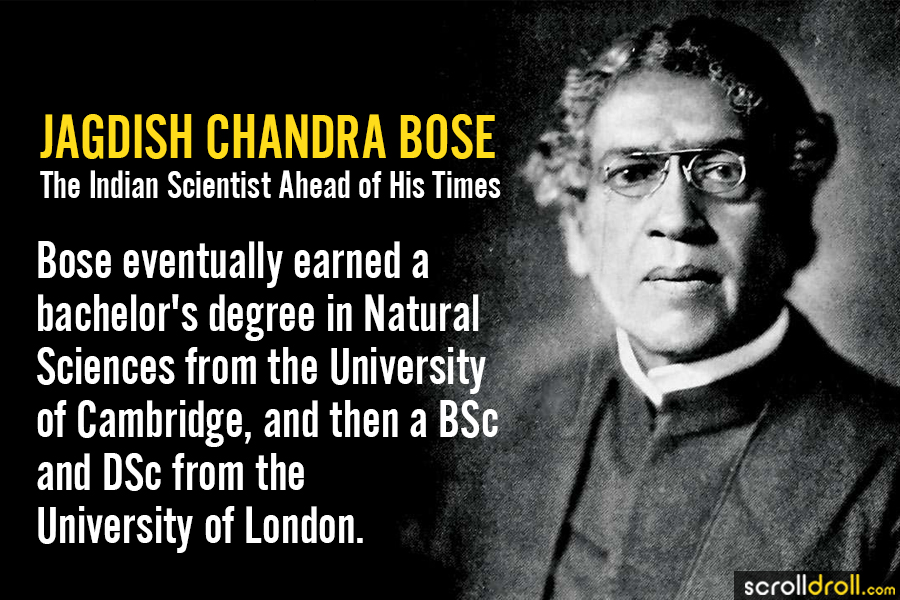 Apart from his work in science, Bose also had a knack for storytelling – he was one of the first sci-fi writers in Bengali literature, publishing several short stories in the genre. 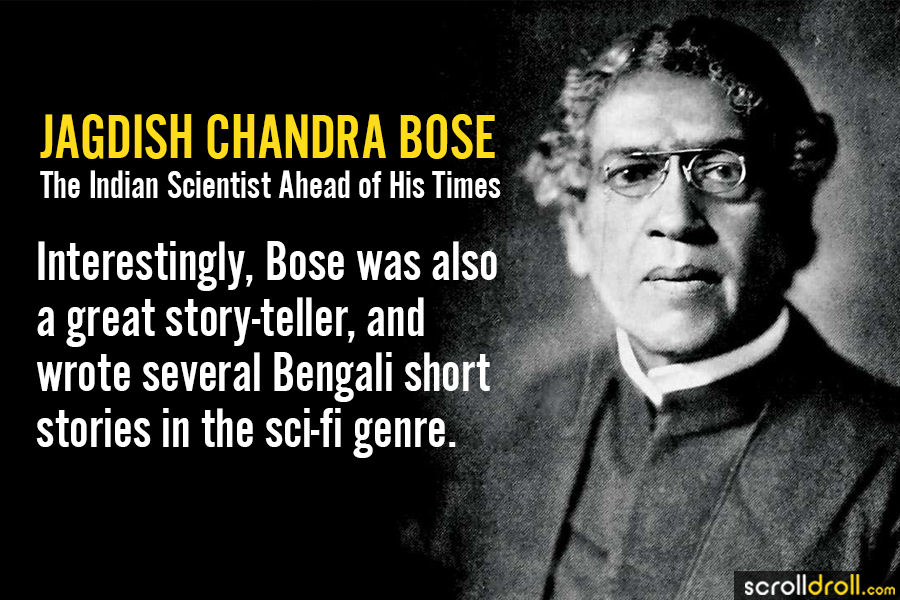 In 1885, Bose returned to India. He accepted a position in Presidency College, Kolkata, as an assistant professor of Physics.

While largely unrecognized for his early contribution to radio technology, Bose was called the Father of Radio Science by The Institute of Electrical and Electronics Engineers. Even though Bose was one of the first to study radio technology and was the first to demonstrate wireless communication using radio waves, he was never credited for his research because he did not patent it. 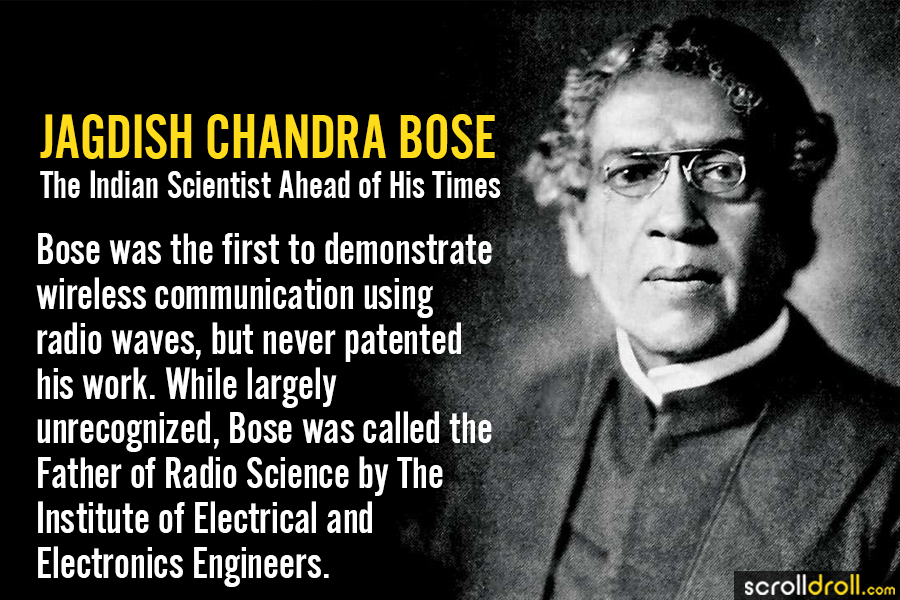 Bose was also one of the first people to take an interdisciplinary approach by combining botany and physics to prove that plants had life. With his invention of the crescograph, he could record reactions and changes in plant cells when exposed to stimuli. 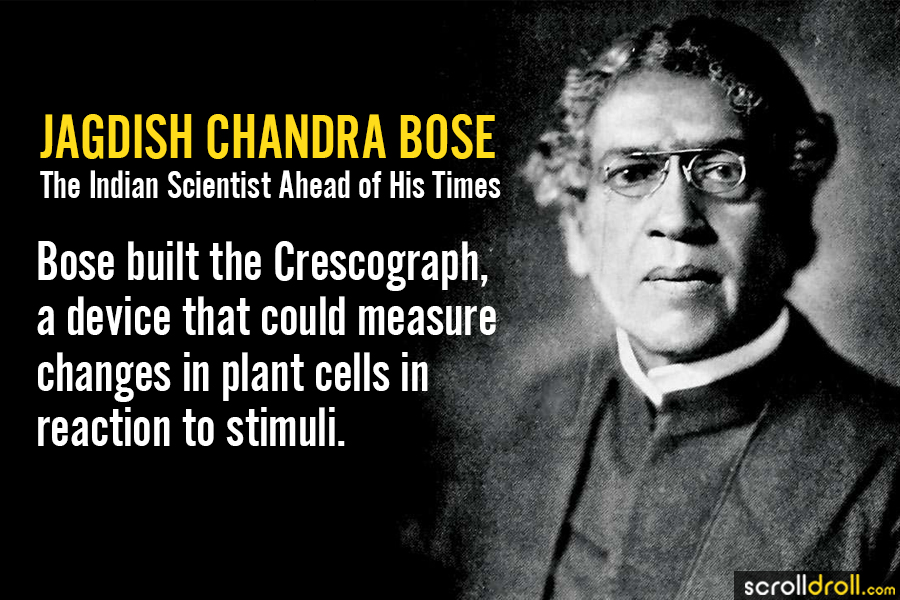 A true believer in universal access to knowledge, Bose hated the idea of gatekeeping his scientific findings, which is why Guglielmo Marconi is known for developing the first radio system in 1897, despite Bose having done it two years prior. When approached by a telegraphy company to not share his scientific findings and instead share a profit from a patent, Bose promptly refused, disgusted by the thriving culture of capitalism, and calling England’s greed an “all consuming disease” in a letter to Rabindranath Tagore. 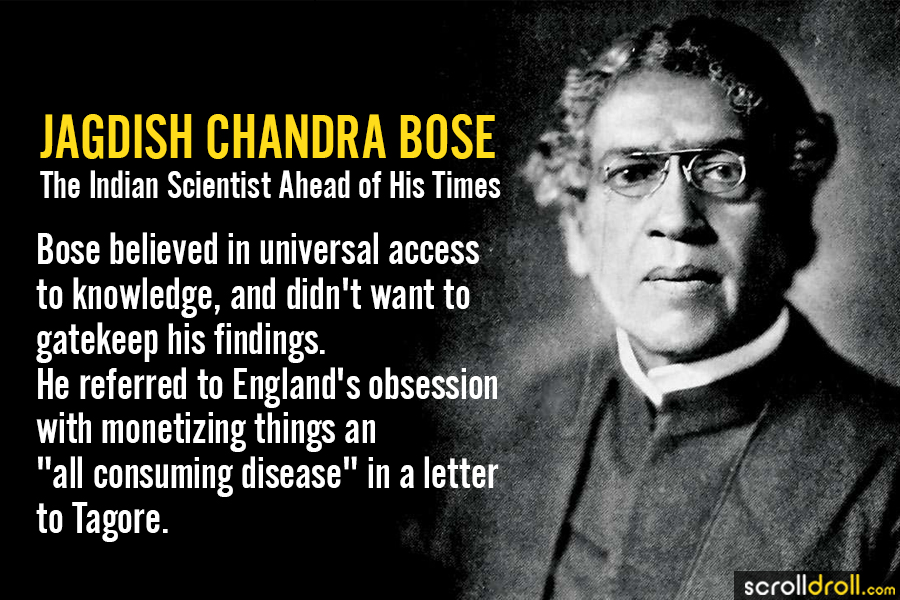 In 1917, he founded the Bose Institute, a premiere research center, one of the first of its kind in Asia. To this day, the Institution continues to keep the spirit of Jagdish Chandra Bose alive by fostering research in several fields such as plant sciences, structural biology, biotechnology, molecular biology, and biomedical science. 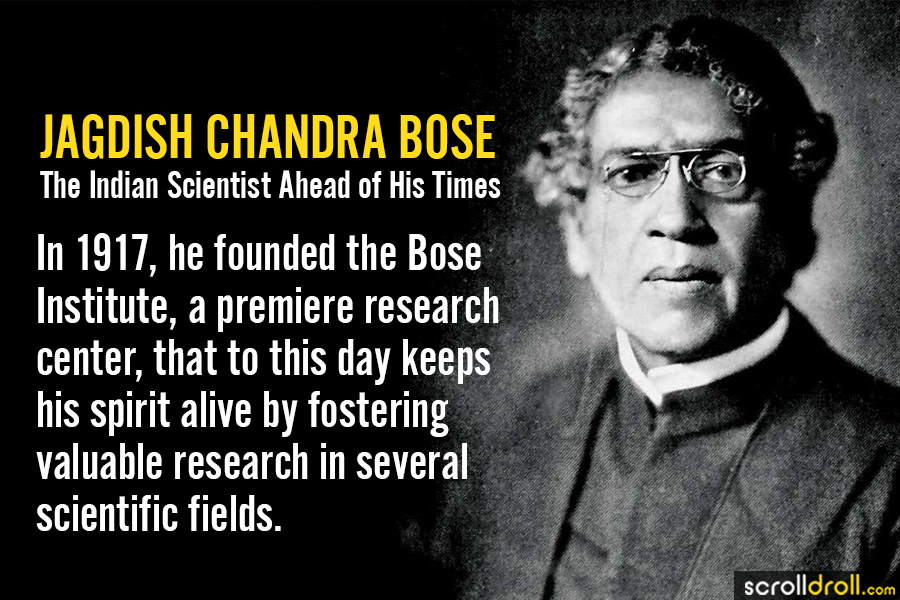 Like Jagdish Chandra Bose, India is the proud mother of many visionaries and geniuses. For more such stories, check out the rest of our website!

15 Best Indian Web series on Voot You Should Consider Bingeing Next!