Named after its founder king Jaisal Singh, Jaisalmer is a small town located in the heart of the Thar Desert in Rajasthan. The town of Jaisalmer has been built to the East and the North of the famous Jaisalmer fort which crowns the city. Jaisalmer Fort, the Yellowstone marvel, sits on the top of a small hill called Trikuta and is the soul of the city.

A few miles to the west of Rajasthan-Pakistan border lies the town of Jaisalmer. It was named after the Yadav king, Jaisal Singh who founded it in 1156 AD. Jaisalmer is also called the ‘Golden City’ because of the Yellowstone which is the most common material once can find in the architecture of this city.
The largest district of Rajasthan, Jaisalmer shares its borders with Pakistan on the West and on the South-West. Adorned by several Jain temples which are inside the fort, Jaisalmer is a World Heritage Site. Many of houses of the city and the fort have been built using sandstone. This is how the city looks golden under the sunlight. 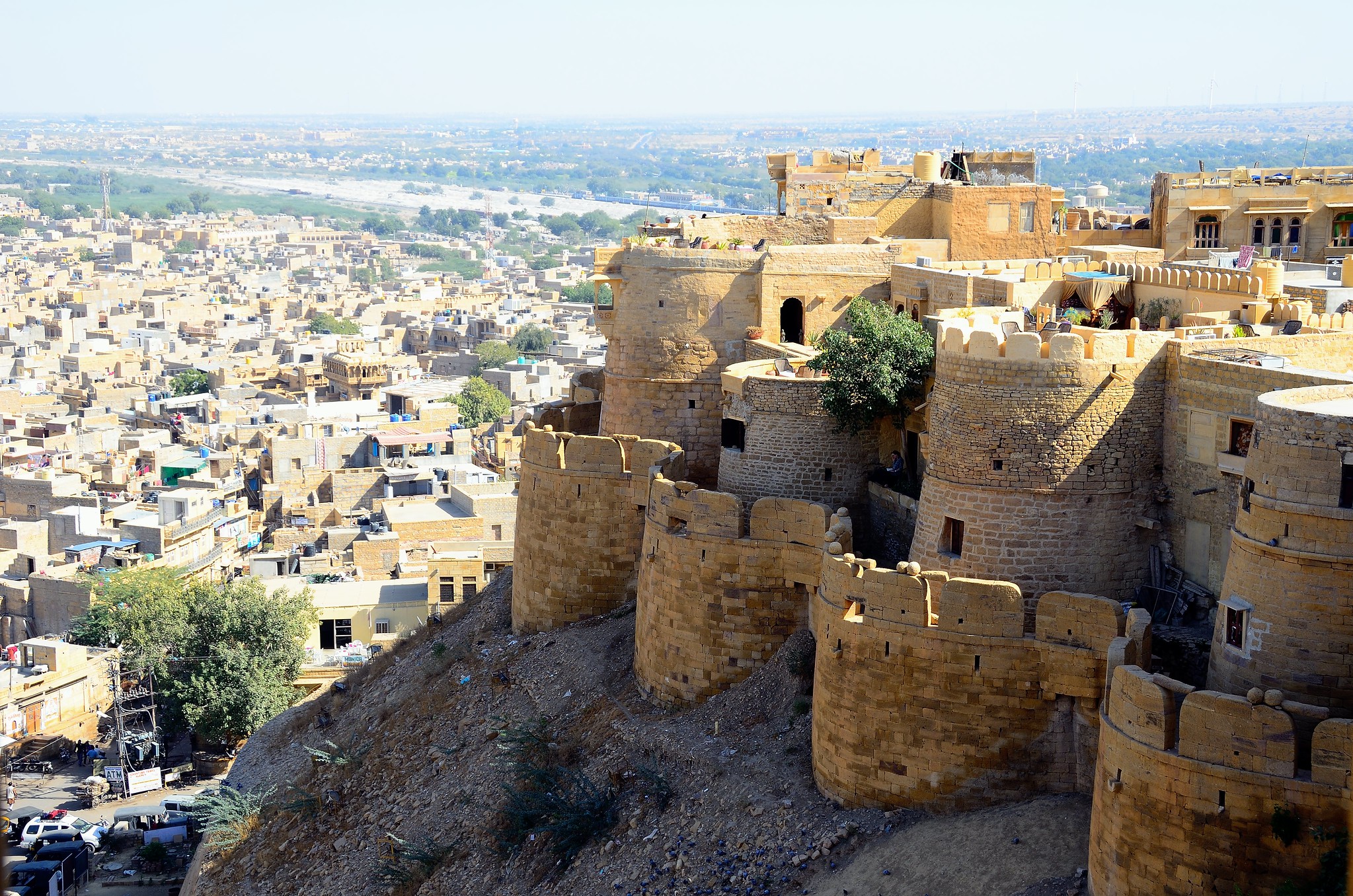 The small town of Jaisalmer can be easily covered on foot. Its culturally rich gullies give the tourist a sneak peek into the real Rajasthan. The lanes adorned with musicians, dancers, and vendors dressed in colorful and vibrant attires, leave you enchanted.

One of the popular tourist locations of Rajasthan, Jaisalmer has decent connectivity with the rest of the state through road and rail. Trains run regularly between Jaisalmer and Jaipur, which connects it with other nearby states such as Delhi. From the capital, Jaisalmer is at about 13 hours and takes an overnight journey to reach. The airport in Jaisalmer is not functional. Thus, making it a city poorly connected via air.

Things to See & Do In Jaisalmer

A 3-day visit to Jaisalmer should be more than enough to cover all the major tourist attractions of the city. All the forts, temples and local sightseeing can be covered in 3 days. However, if you wish to experience a night under the stars while camping in the Thar desert or a camel safari, you should add some more days to your trip.

Located on top of a hill, the Jaisalmer fort is a witness of many battles fought over the years on the Rajasthani soil. It is majestic to watch the fort change its color to orangish-brown during the day and become a little golden-ish at sunset. The fort is still home to a quarter of Jaisalmer’s total population. Inside the fort, the main tourist attractions include the royal palace, the Jain temples, and the Laxminath temple. 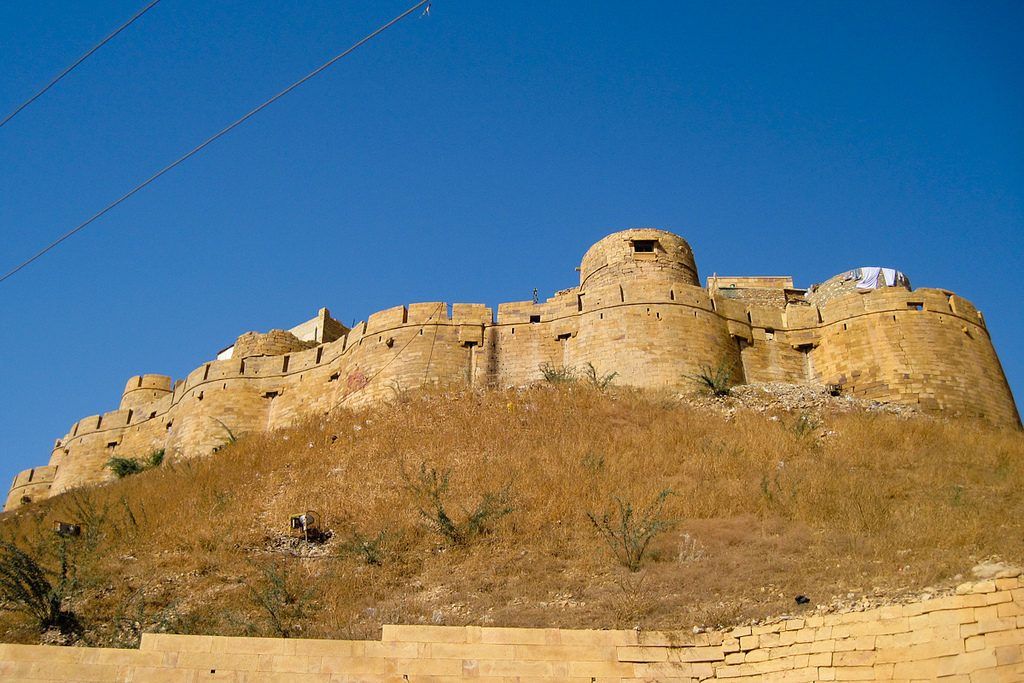 The Jain community has adorned the city with its beautiful architecture over the years. Built in the 15th and 16th century and carved out on yellow sandstone, the seven Jain temples inside Jaisalmer fort are a visual treat for the tourists. Amongst these seven temples, Paraswanath Temple is the biggest. Beautiful carvings on yellow sandstone in these temples makes these temples a must-visit. 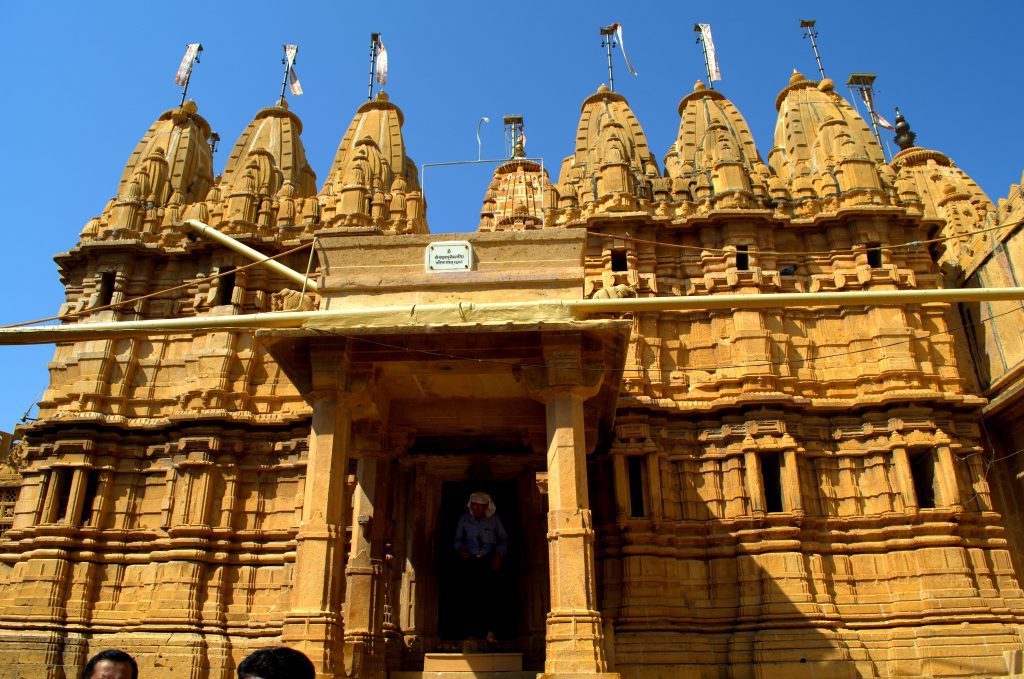 Not far from the town is the Gadisar tank, which is the main source of water for Jaisalmer. Built by Rawal Gadsi in the 14th century with an aim of collecting rainwater, the tank is now a popular spot amongst tourists. The Indira Gandhi Canal supplies water to the tank now thus, it is never dry. Tourists come to the lake to enjoy the cool breeze and boating and to feed the catfish in the pond. 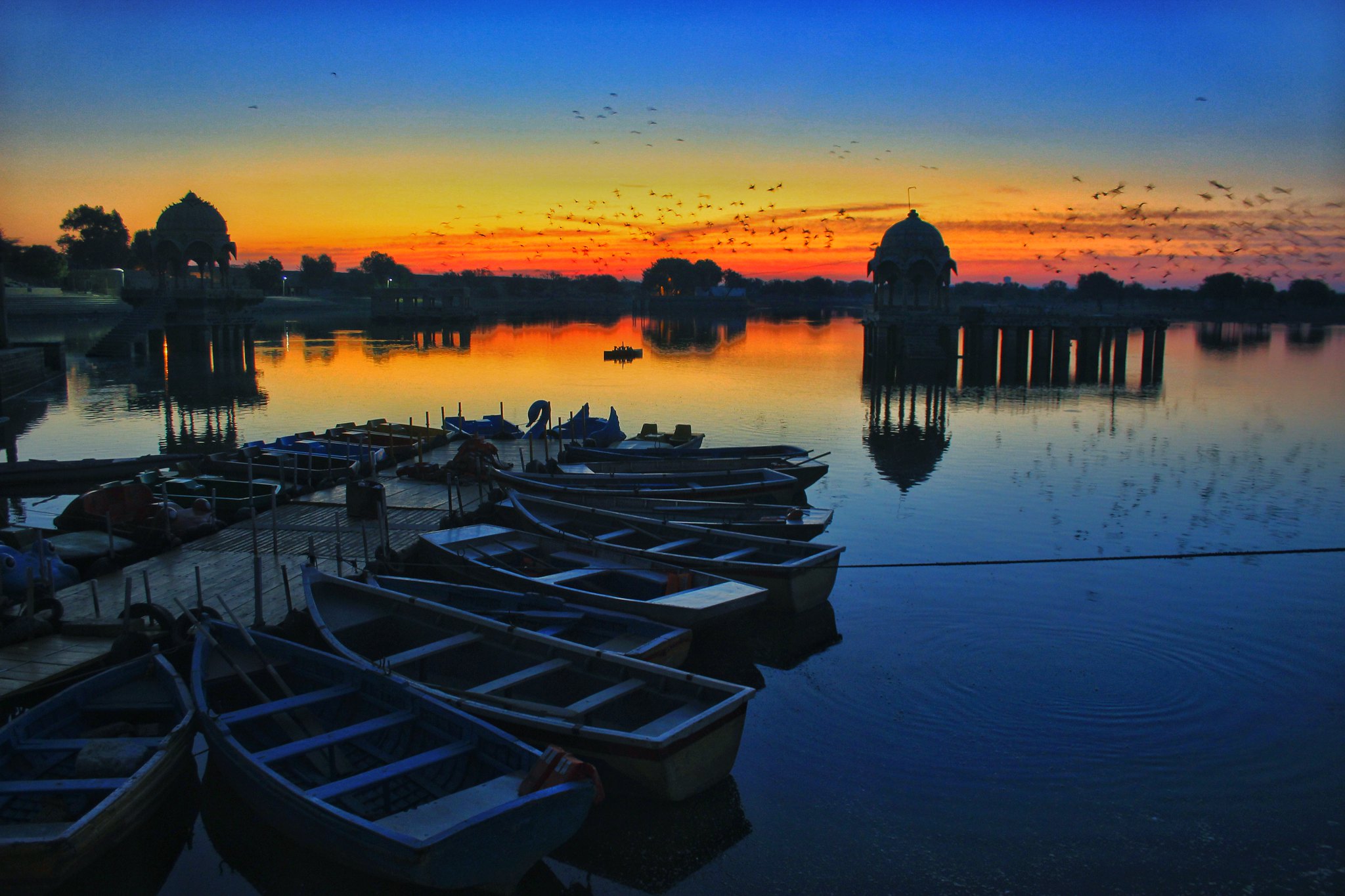 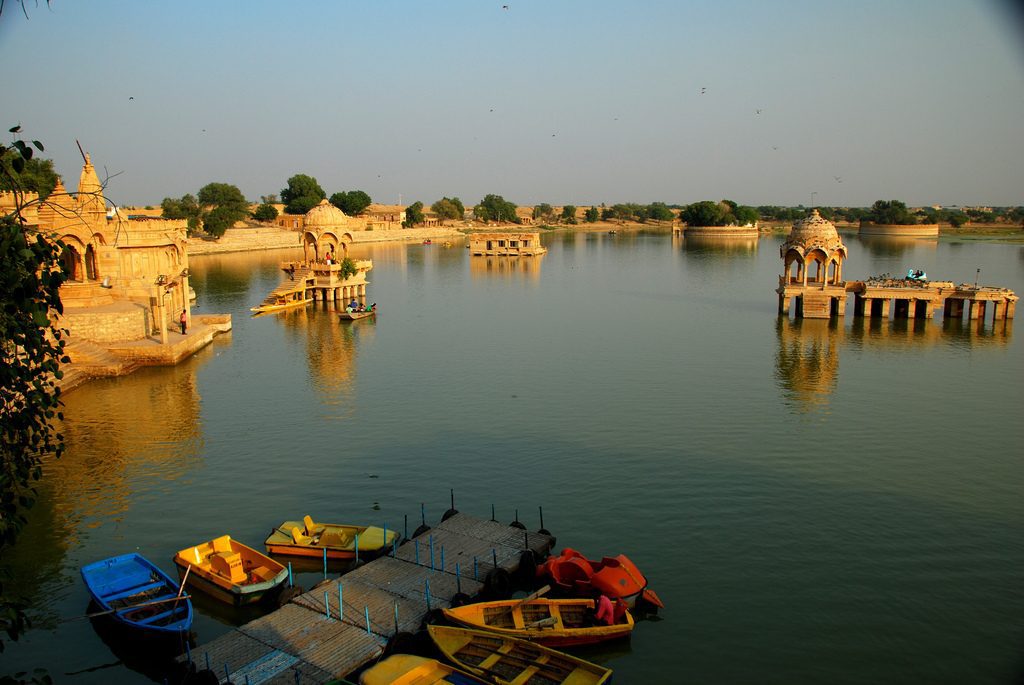 The winter season, which lasts from November to March, is the best time to visit Jaisalmer. The temperature stays under 24 degrees during this time and tourists can enjoy sightseeing and some additional activities in the desert, which isn’t possible during summer.