15 Famous and Relatable Poems And Shayaris By Kumar Vishwas

Kumar Vishwas has been around in the fields of Hindi literature and Indian politics for a long time now. His political career has often been muddled with controversies, but his literary prowess has never been up for doubt. And we can certainly vouch for the passion of a man who left a potentially secure career in engineering to pursue his love for literature, earning a gold medal in his master’s degree, and a Ph.D. to stamp his authority as a poet who knew his way around in a technical manner too.

Kumar Vishwas’ words arrange themselves with precision, and when he recites them on stage, the emotions flow out of them with an explosion that leaves the audience in awe, too. Kumar Vishwas is an expert craftsman who wields his pen like a sword and uses the romance in his heart and the wit in his mind as his talisman against all those who envy him.

Also, his oratory skills and natural flair for elaborate performances make him stand out in the crowd of poets who have made a name for themselves with their excellent work. He has also worked in Bollywood where his work has received appreciation. Here are some Kumar Vishwas poems and shayaris to remind you of his skills.

Also read: 18 Beautiful Poems And Shayaris By Piyush Mishra That Are Heartwarming

1. When you are separated from your love… 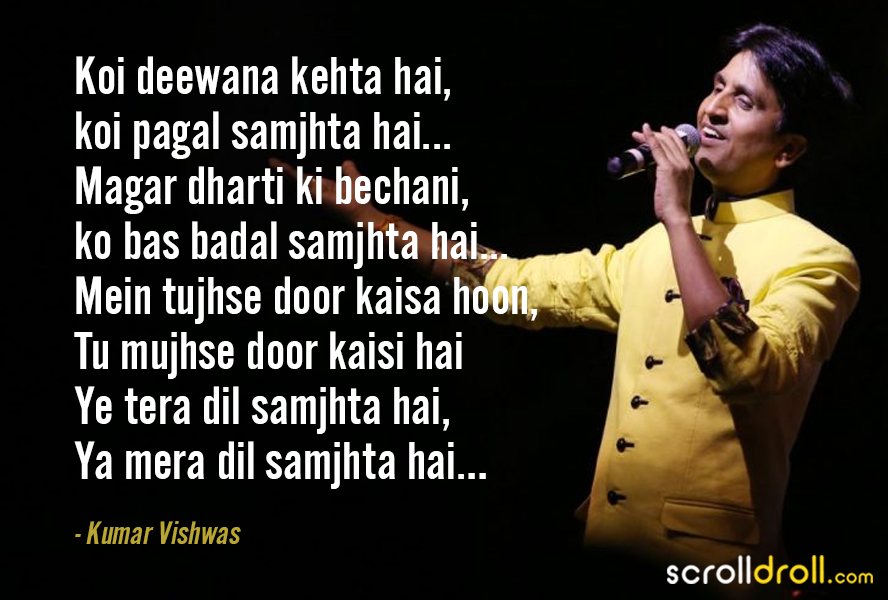 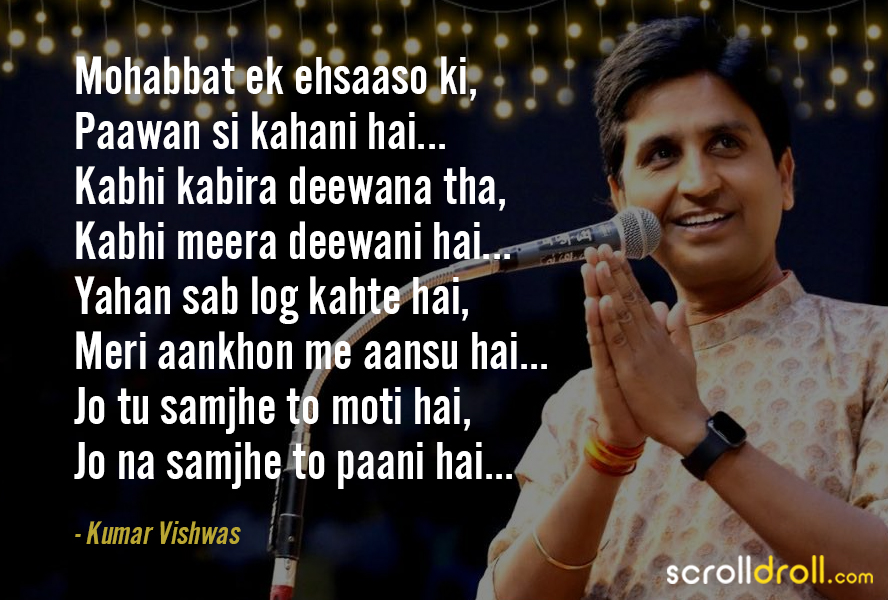 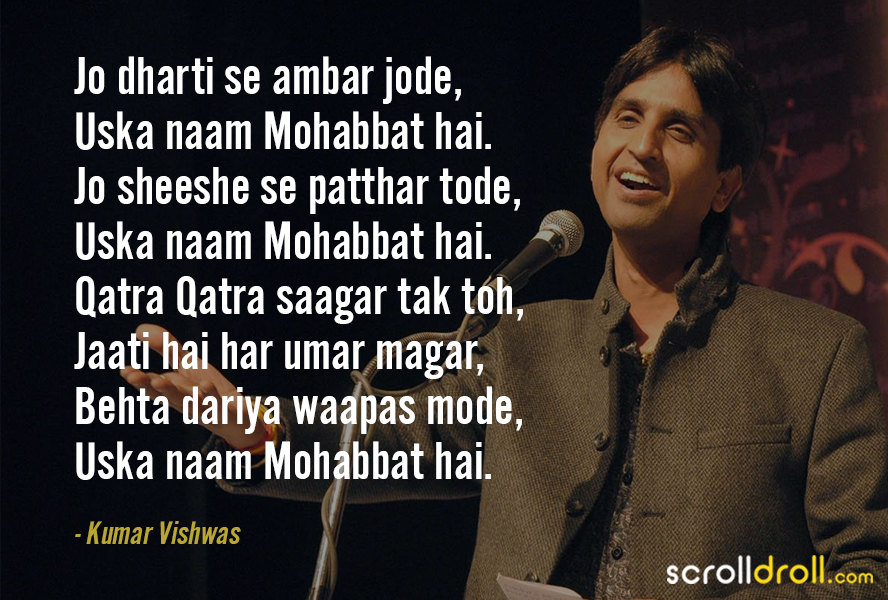 4. The feeling that stays with you 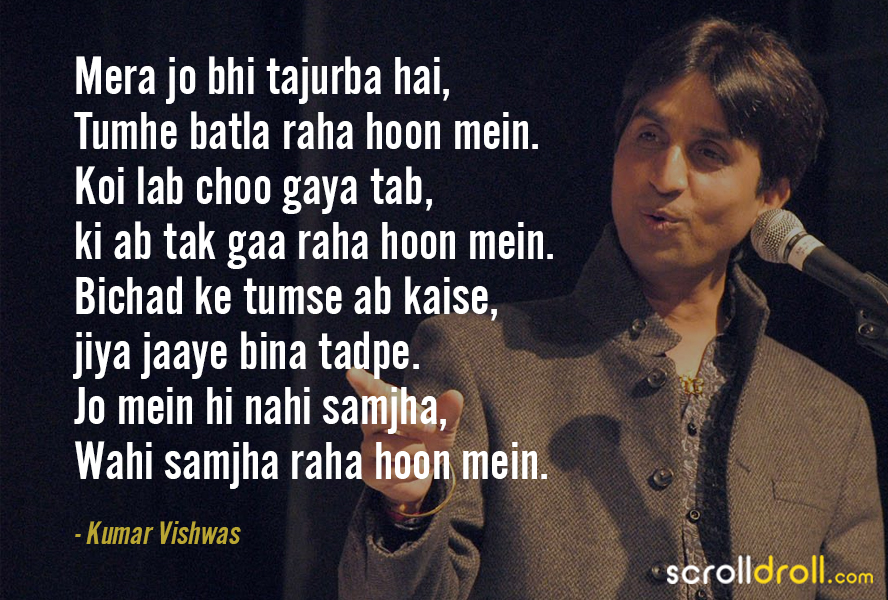 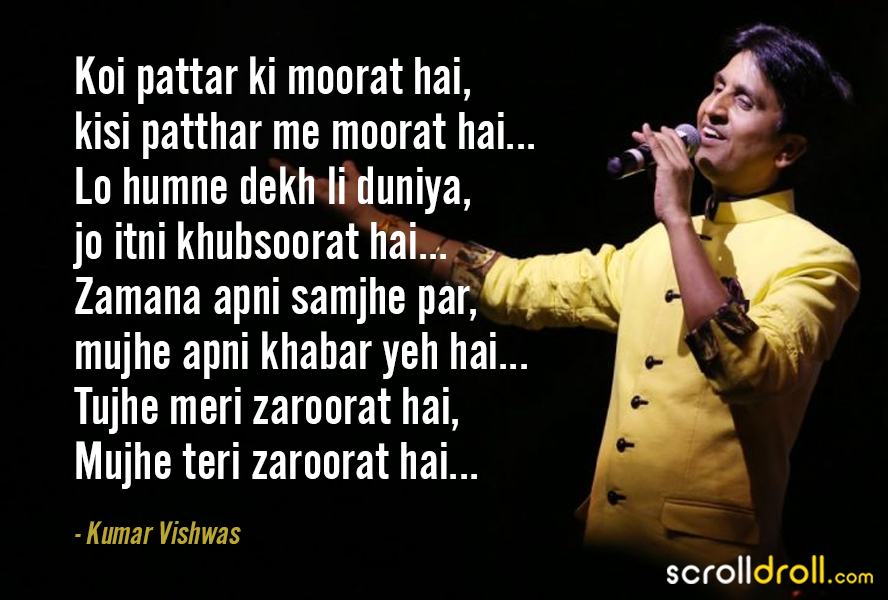 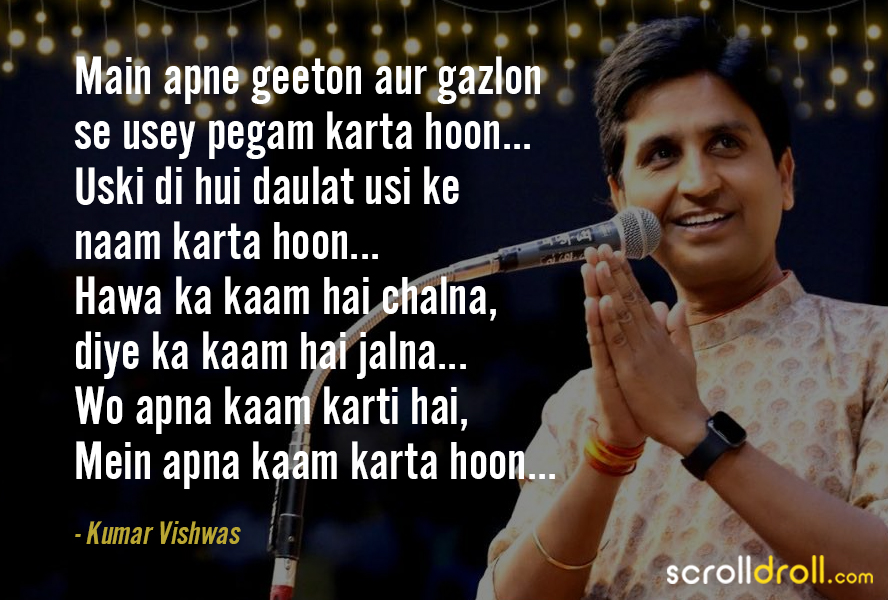 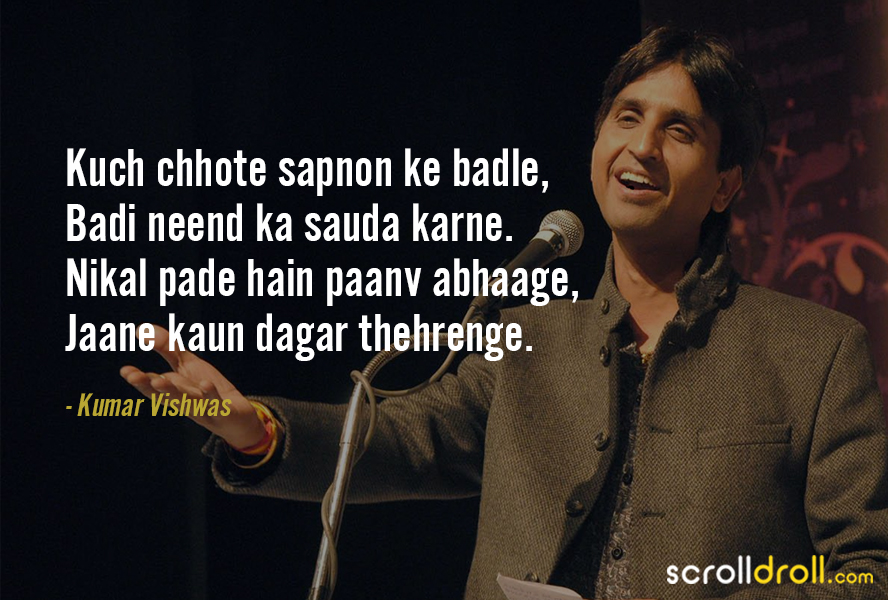 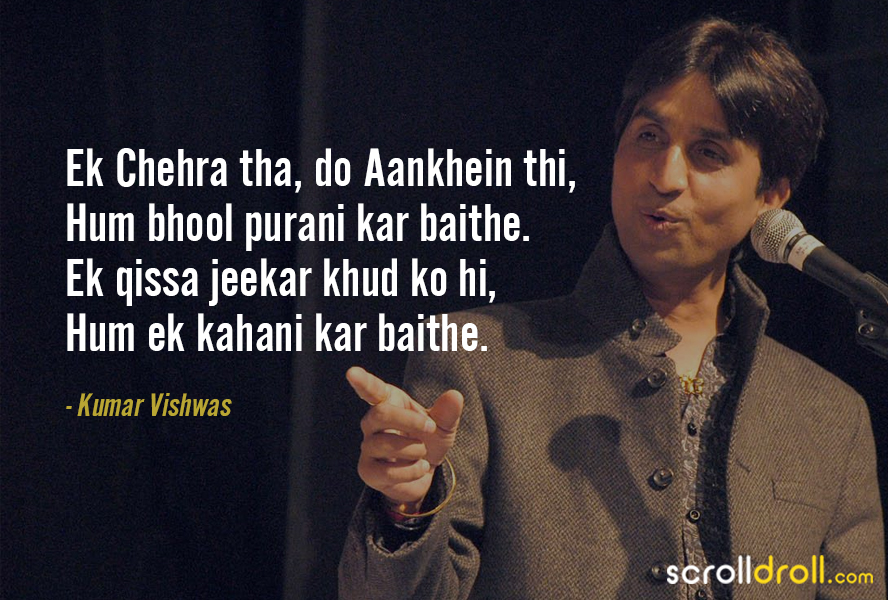 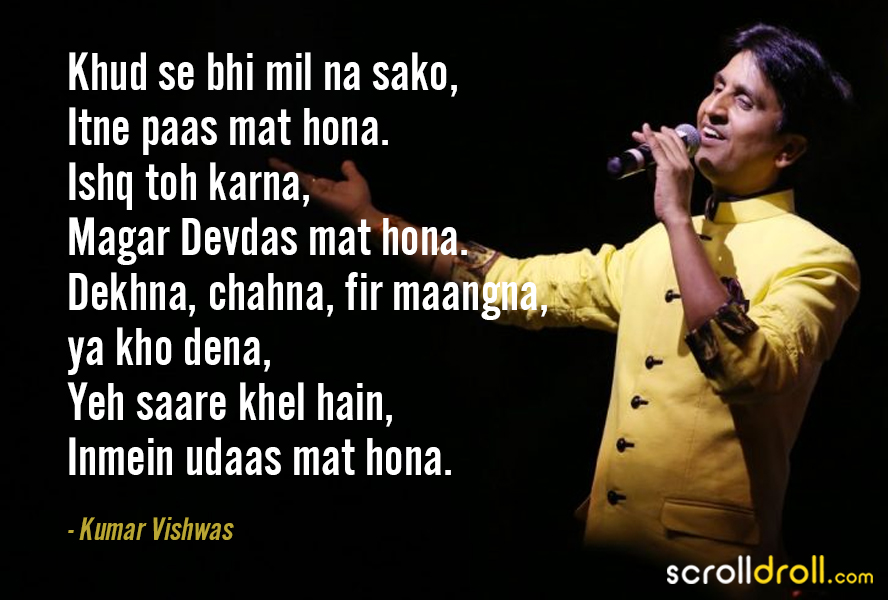 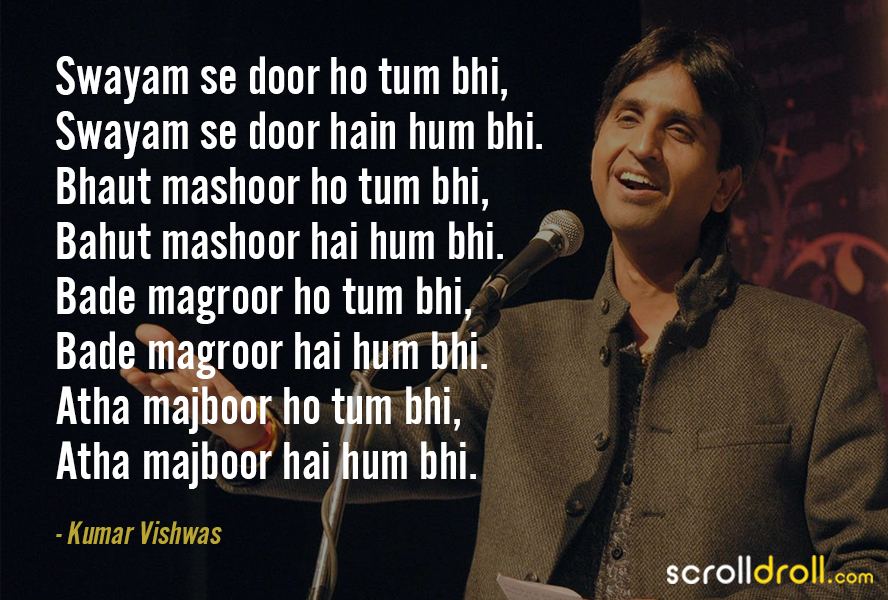 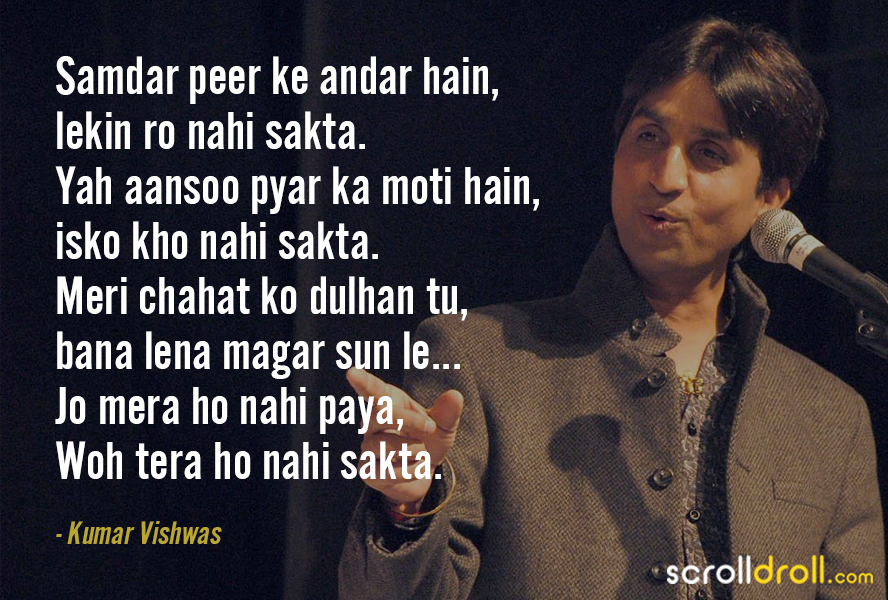 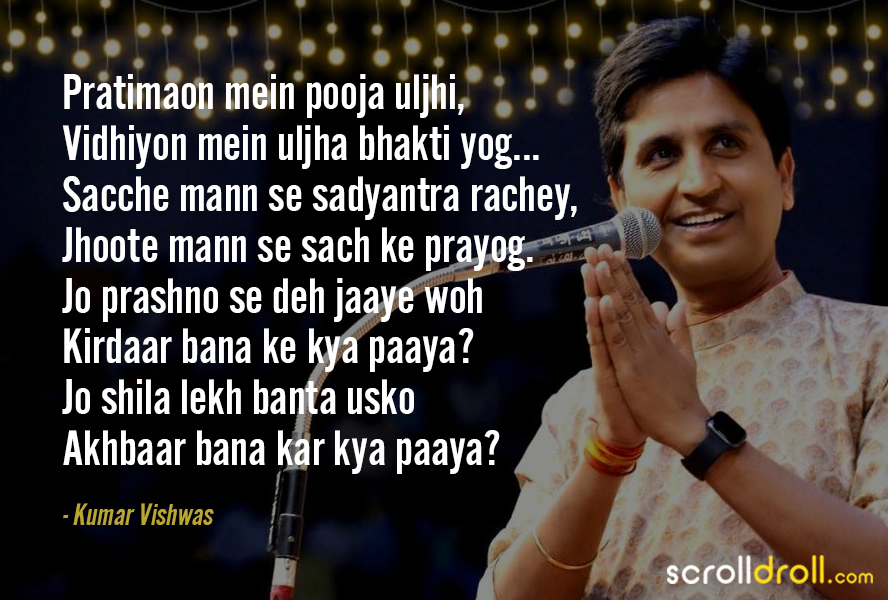 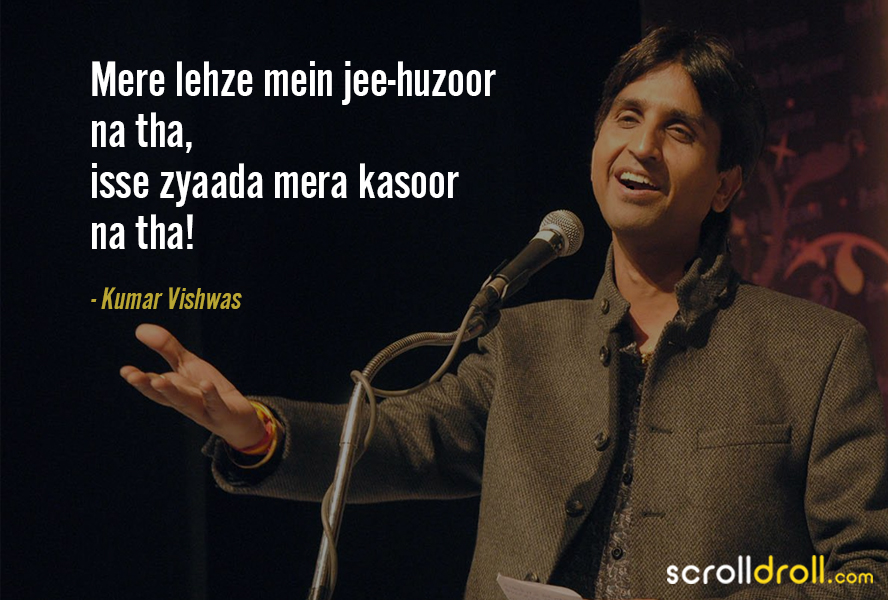 14. How do you avoid conflict? 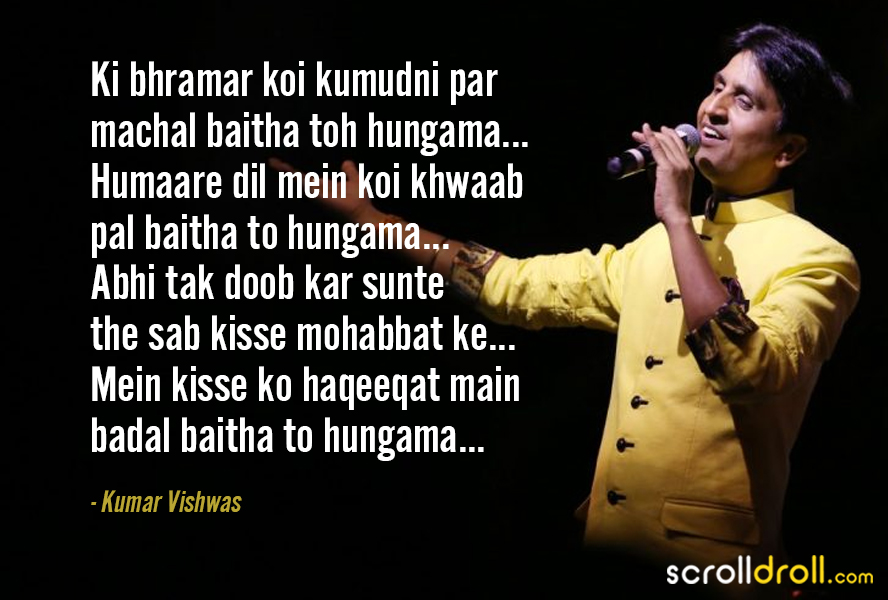 15. The saddest people smile the brightest. 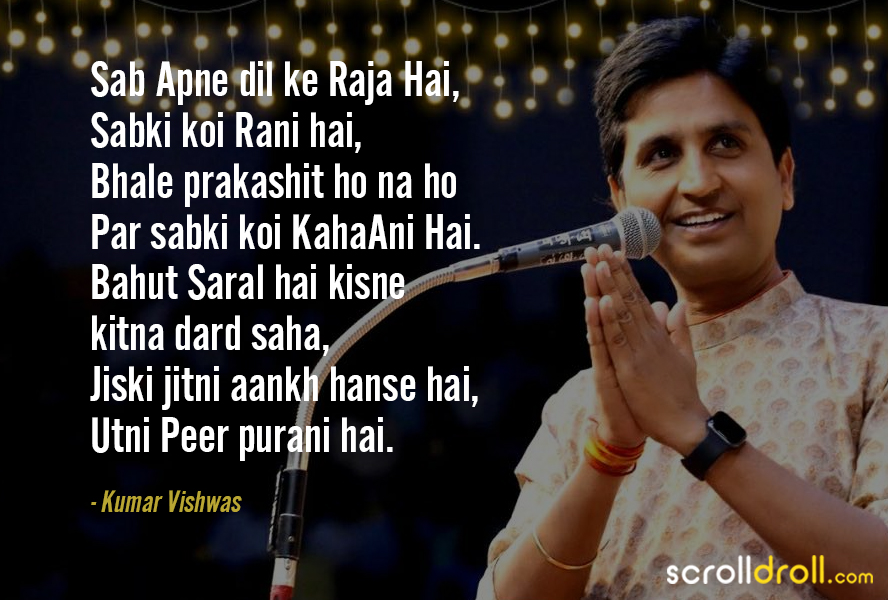