An inspiration for millions in India and across the world, Mahatma Gandhi is one of the most influential Indians in history whose lessons and values has shaped the India of the 21st century. While he played a central role in India’s struggle for independence from British colonial role, his works, books, speeches and Mahatma Gandhi quotes reflect his vision for a better and prosperous world. Gandhi’s methods of satyagraha and non-violent movements were instrumental in the Indian freedom movement while also inspiring the likes of Nelson Mandela, Martin Luther King Jr and Aung San Suu Kyi.

We bring you the wisdom of Bapu with the best Mahatma Gandhi quotes about love, peace, education and more. 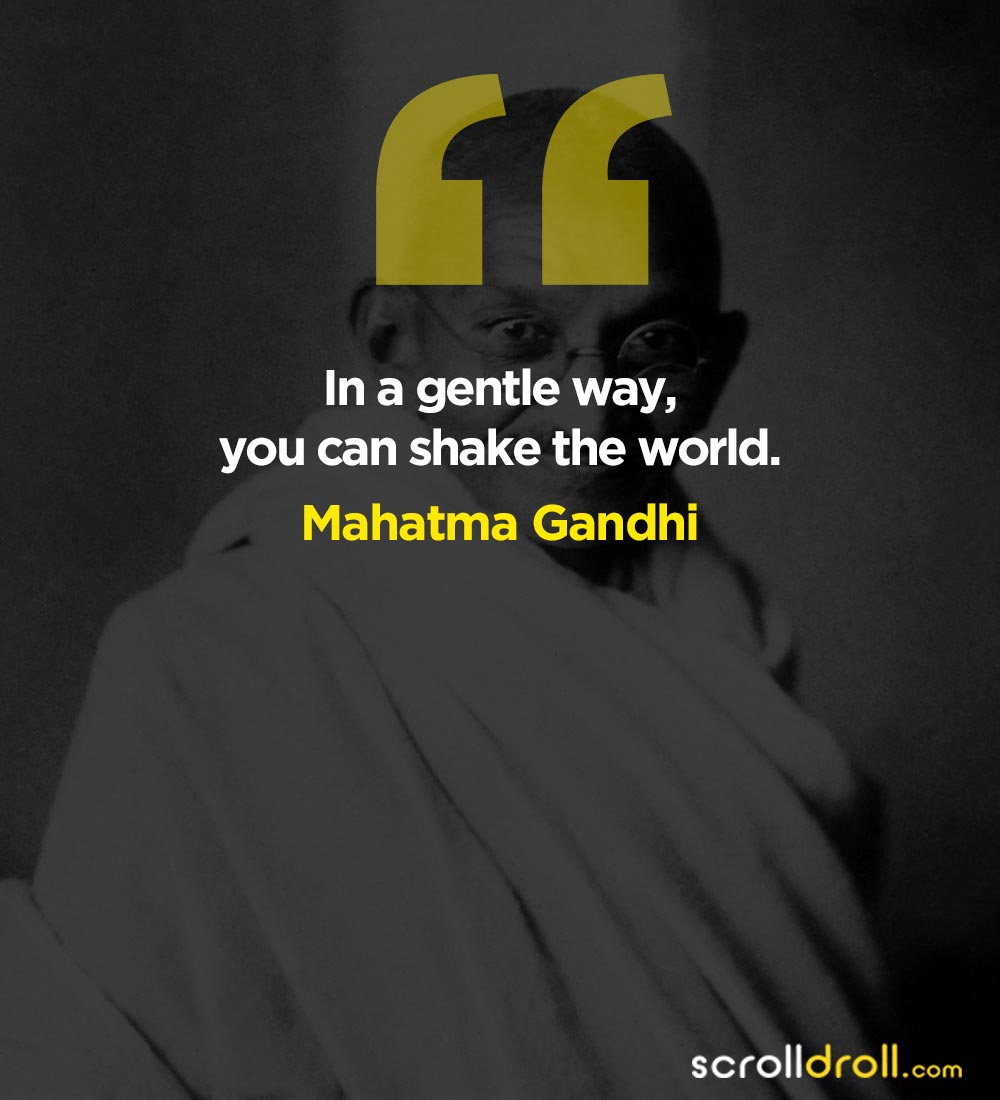 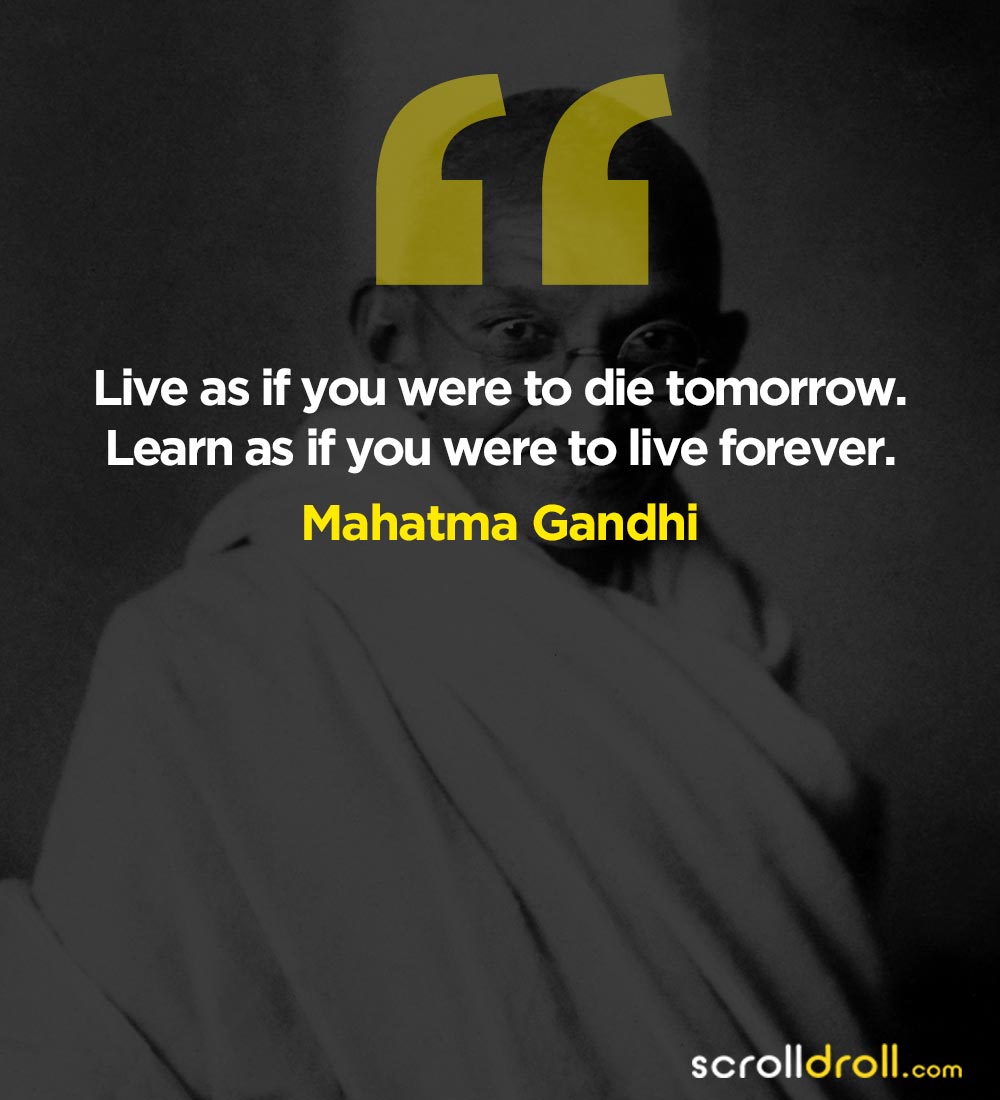 3. “You must be the change you wish to see in the world.”
– Mahatma Gandhi’s quote  on leading by Example 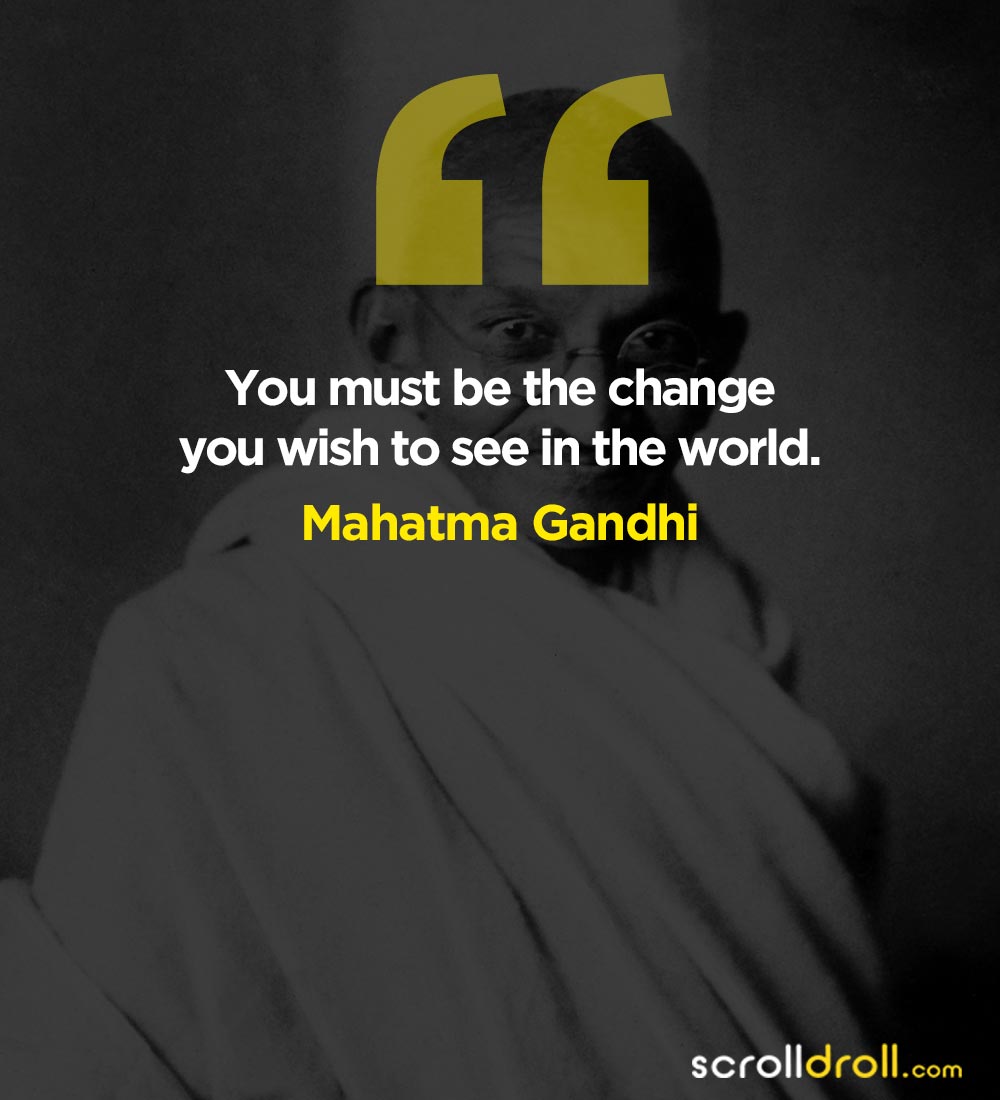 4. “The future depends on what you do today.” 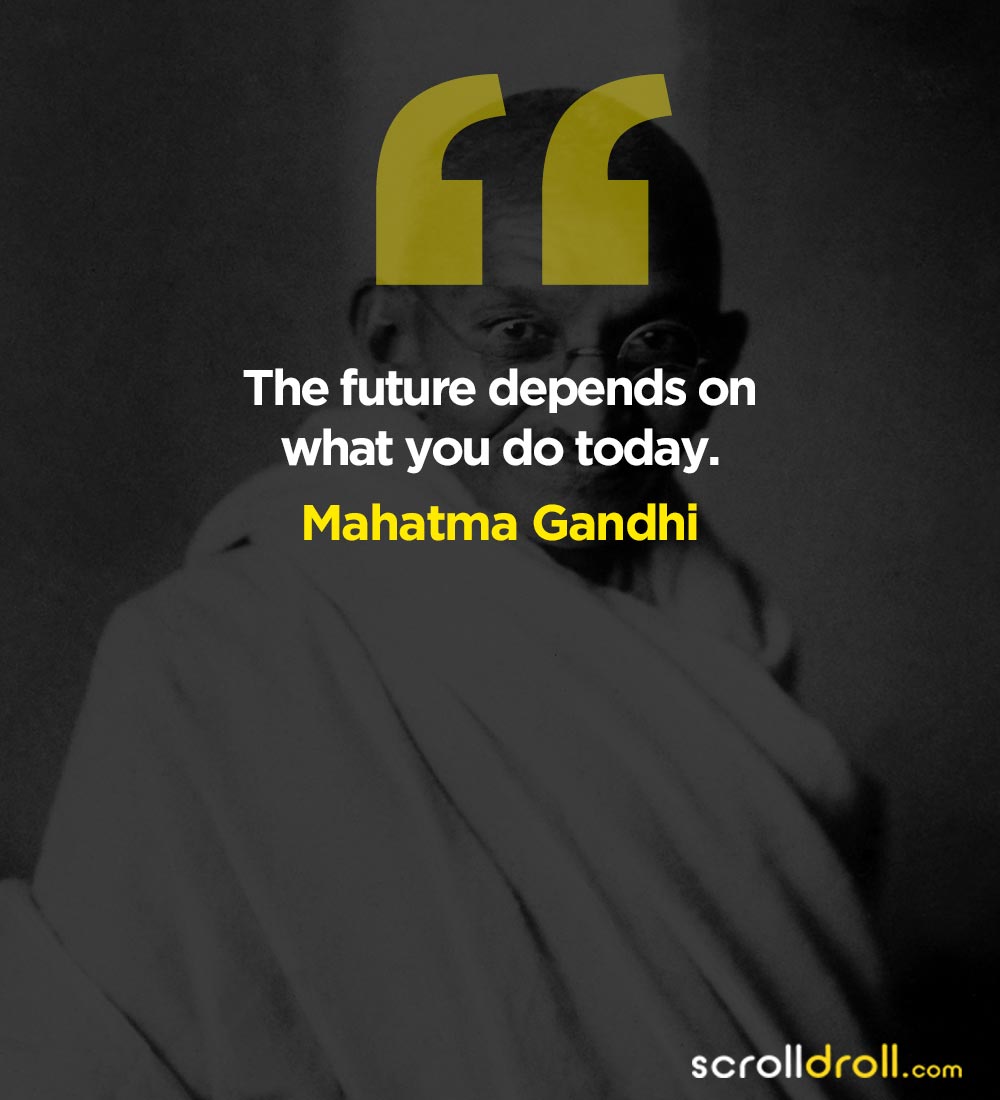 5. “The best way to find yourself is to lose yourself in the service of others.” 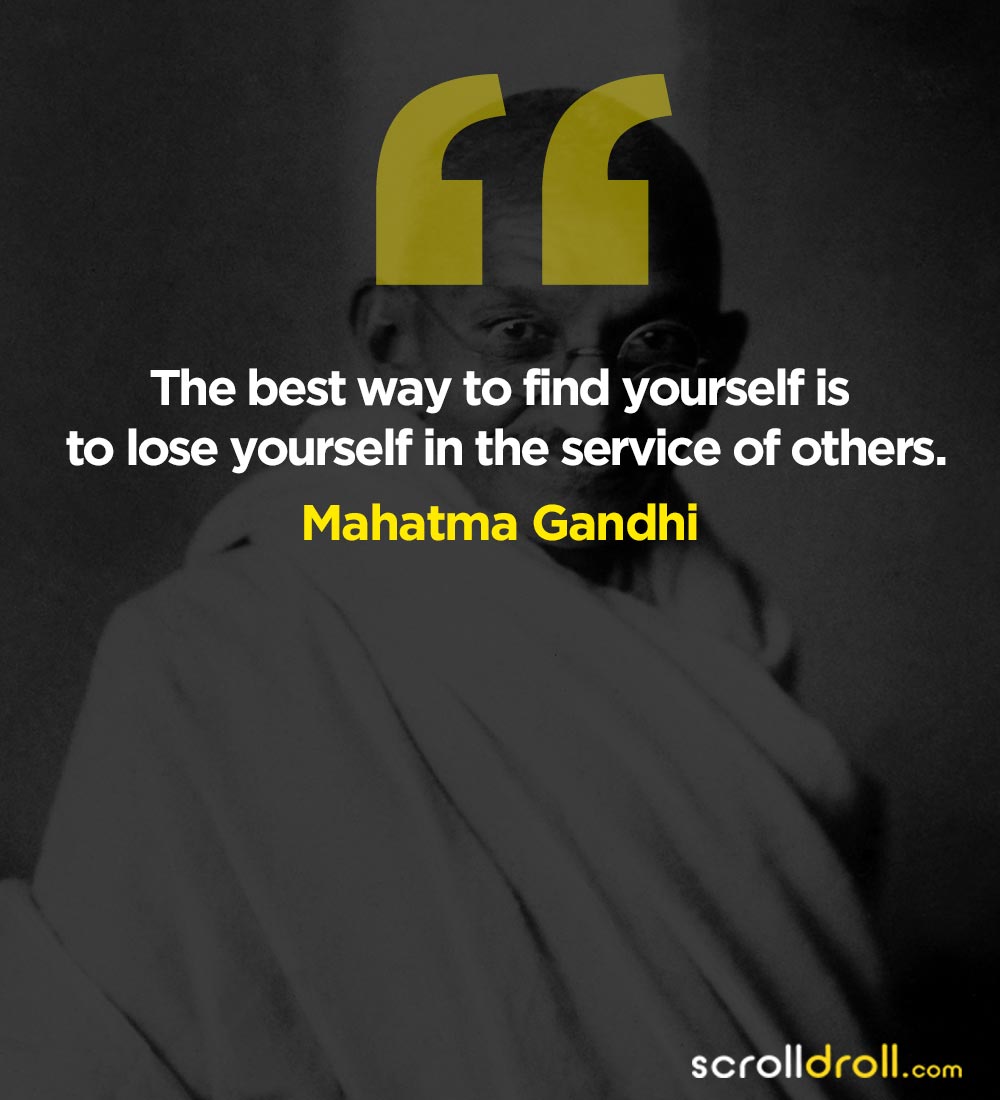 6. “The weak can never forgive. Forgiveness is an attribute of the strong.”
– Mahatma Gandhi’s quote on the Art of Forgiving 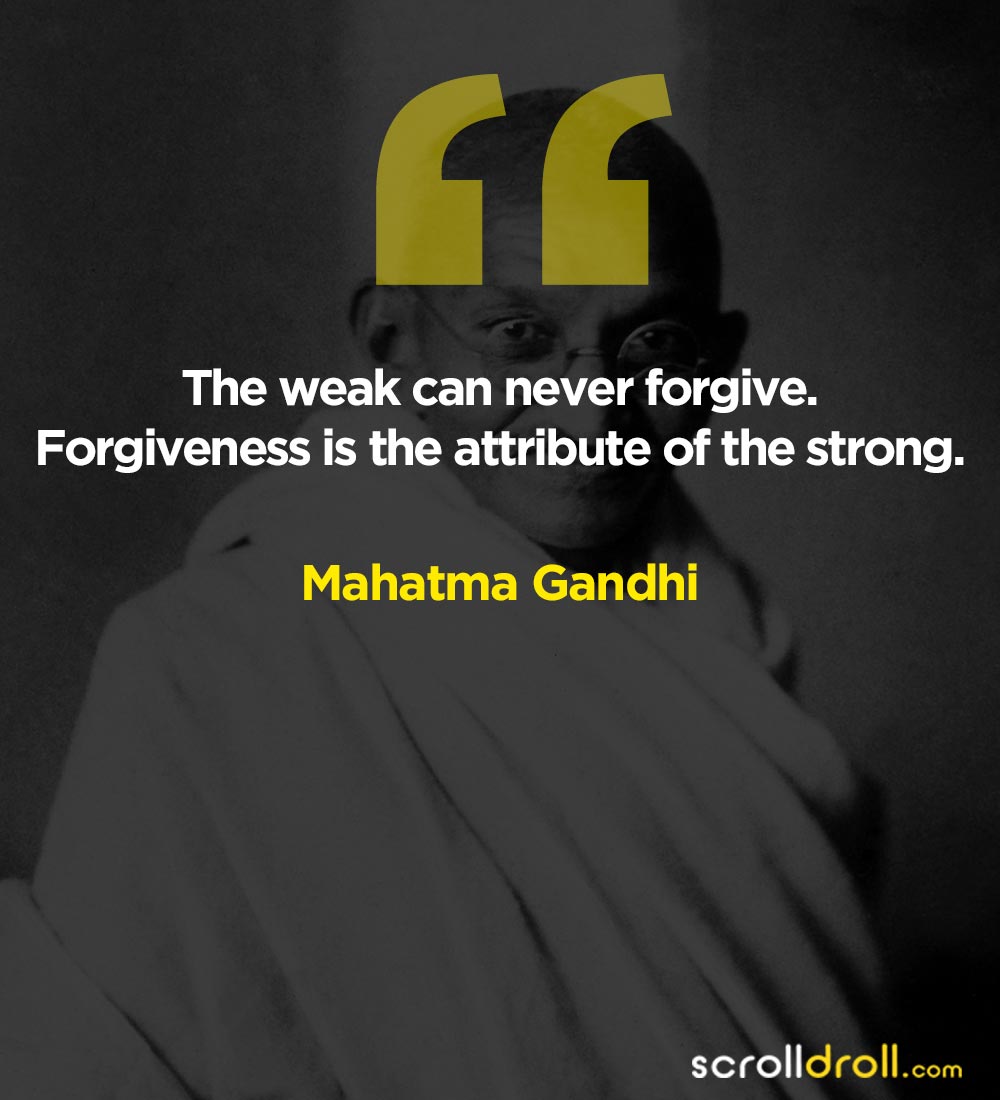 7. “An eye for an eye leaves the whole world blind”
– Mahatma Gandhi’s quote on the importance of Non-violence 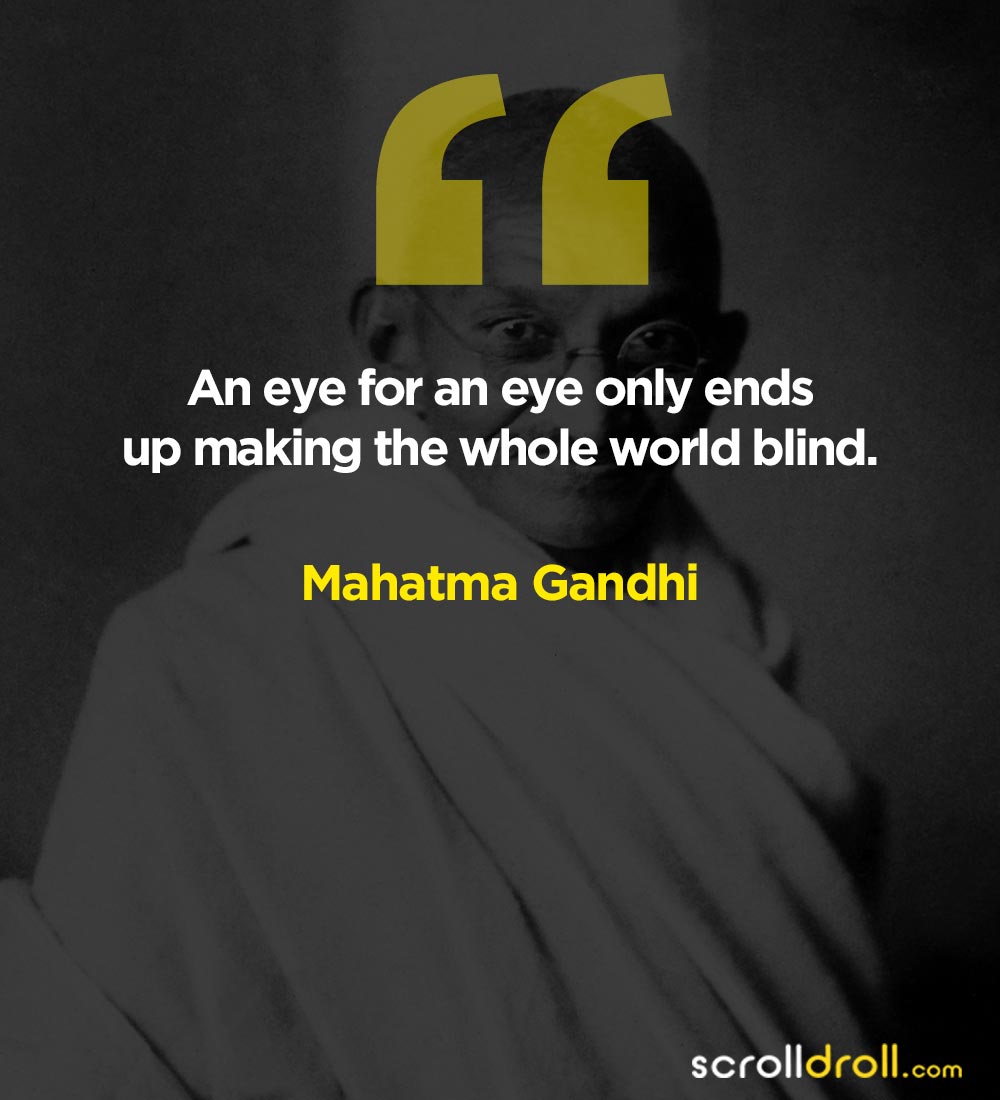 8. “The greatness of a nation and its moral progress can be judged by the way in which its animals are treated.”
– Mahatma Gandhi on the importance of compassion in today’s society 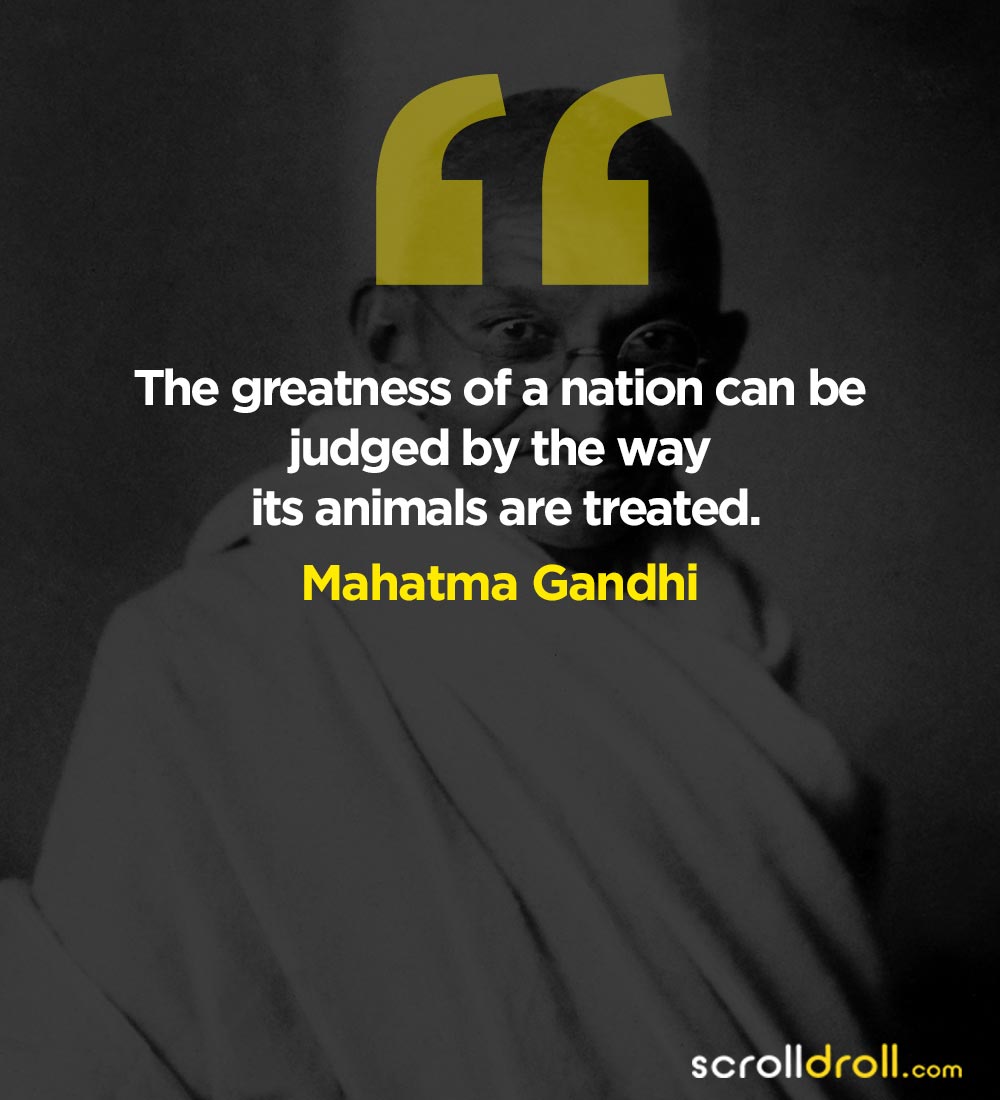 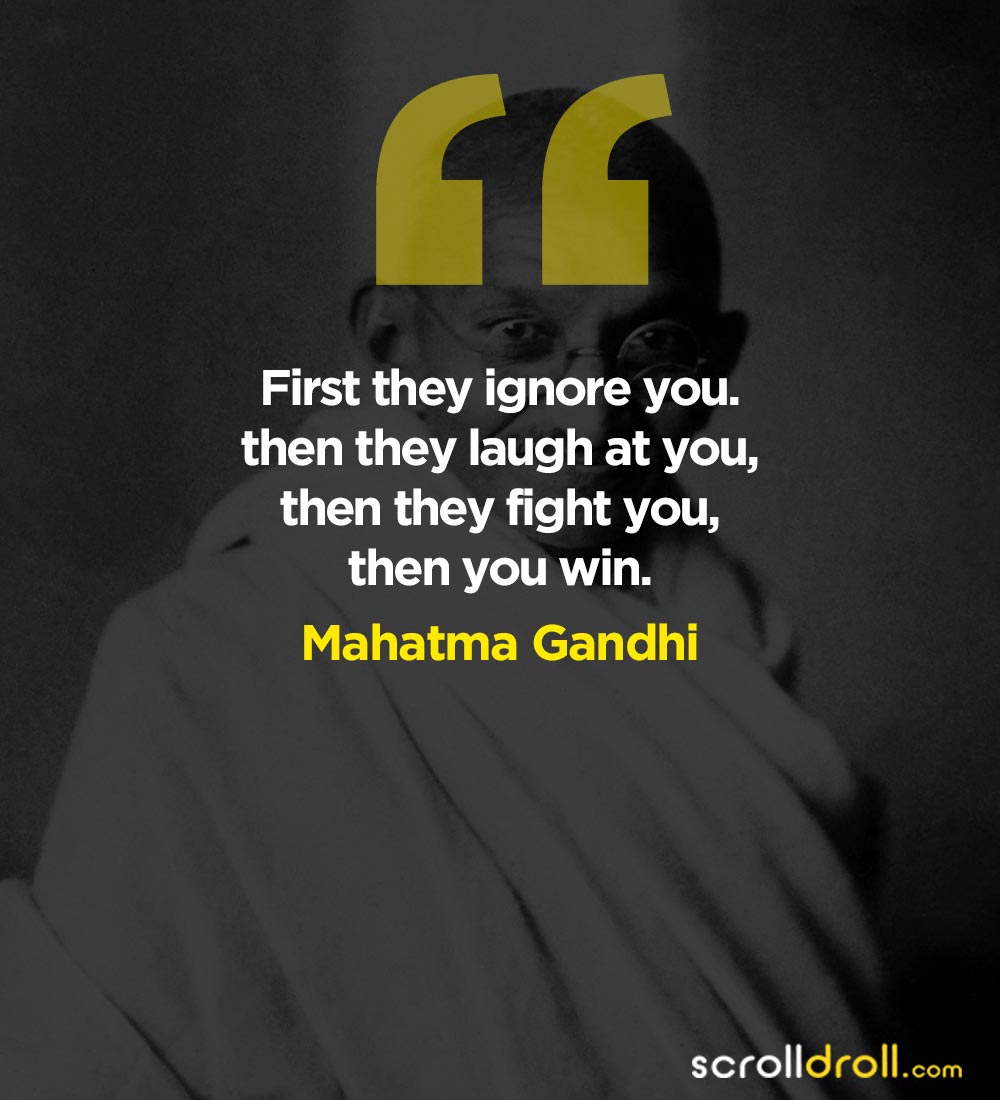 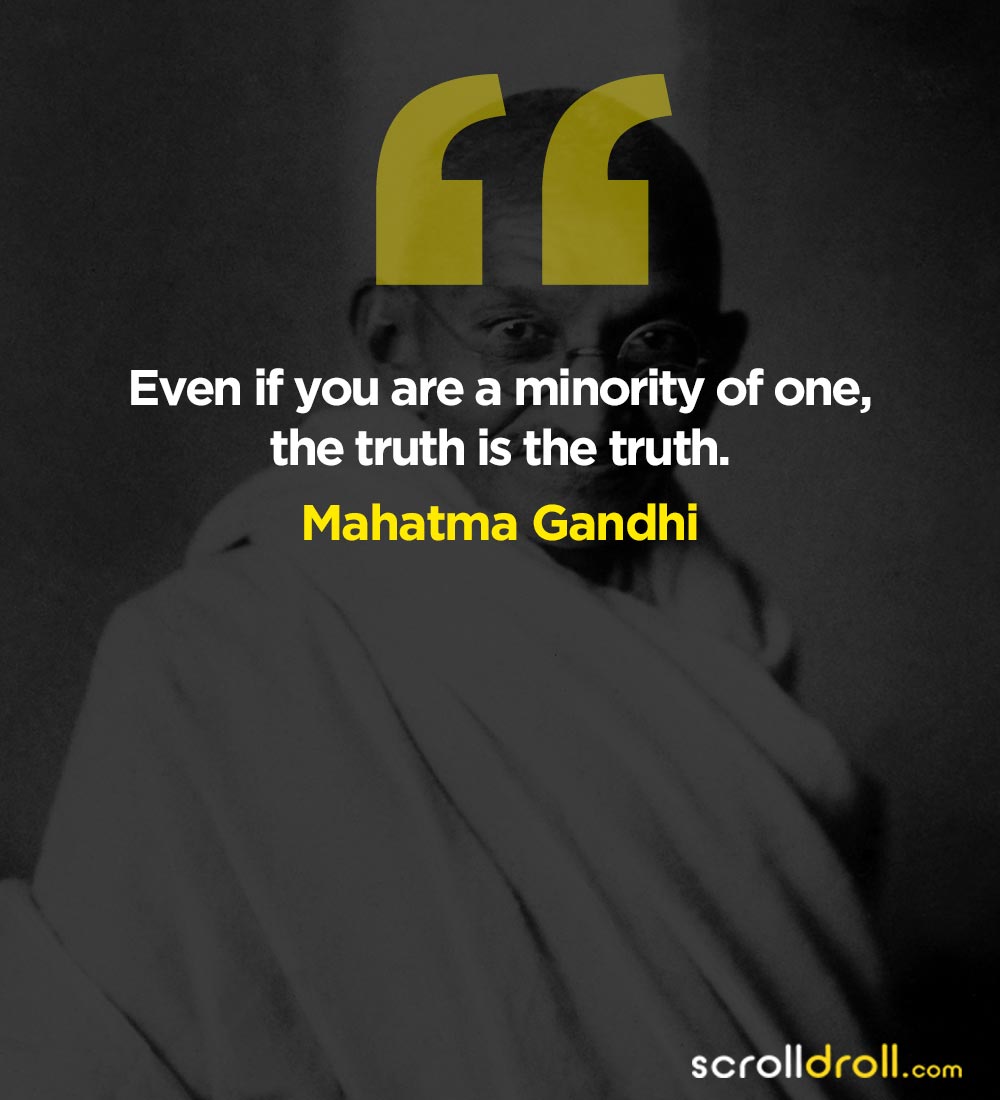 11. “An ounce of practice is worth more than tons of preaching.” 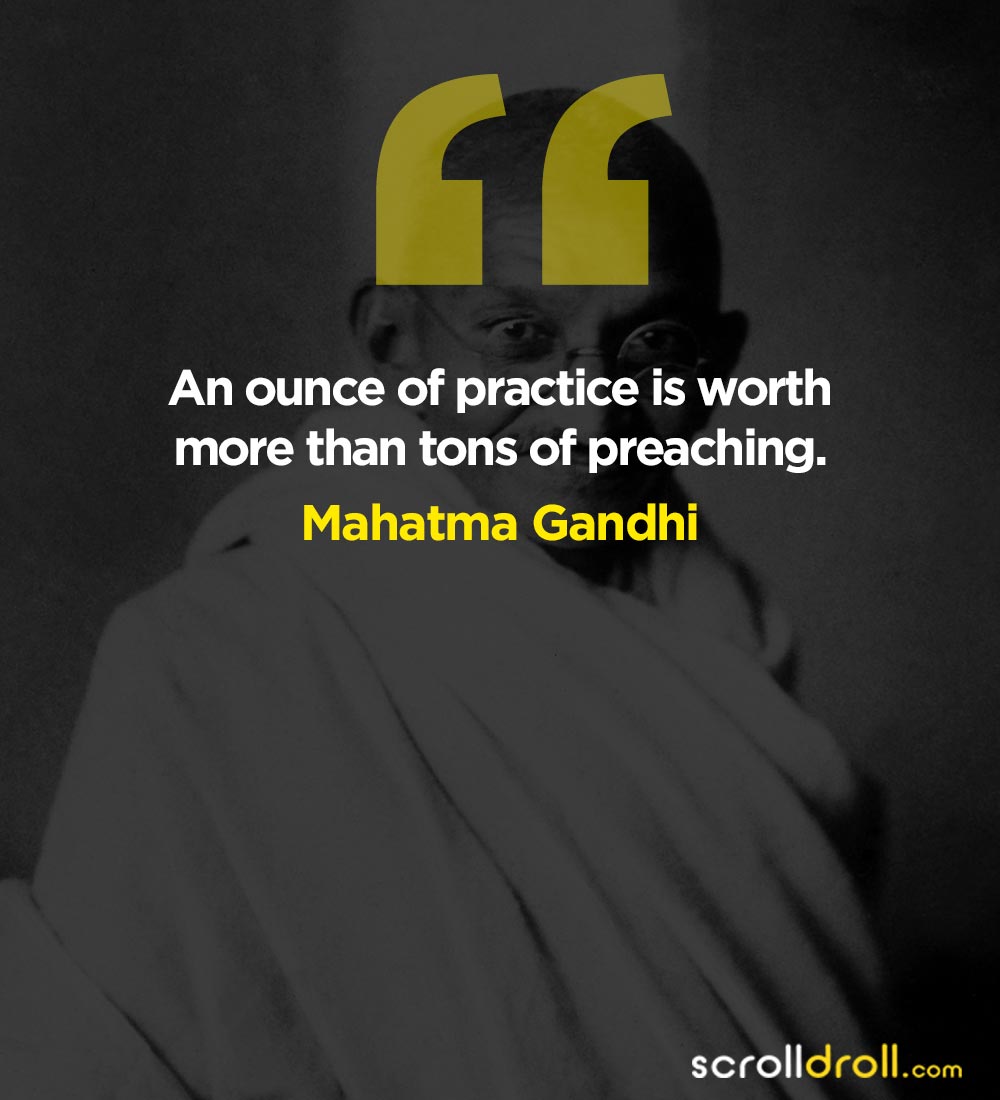 12. “It is health that is real wealth and not pieces of gold and silver.”
– Mahatma Gandhi’s quote on the importance of Health 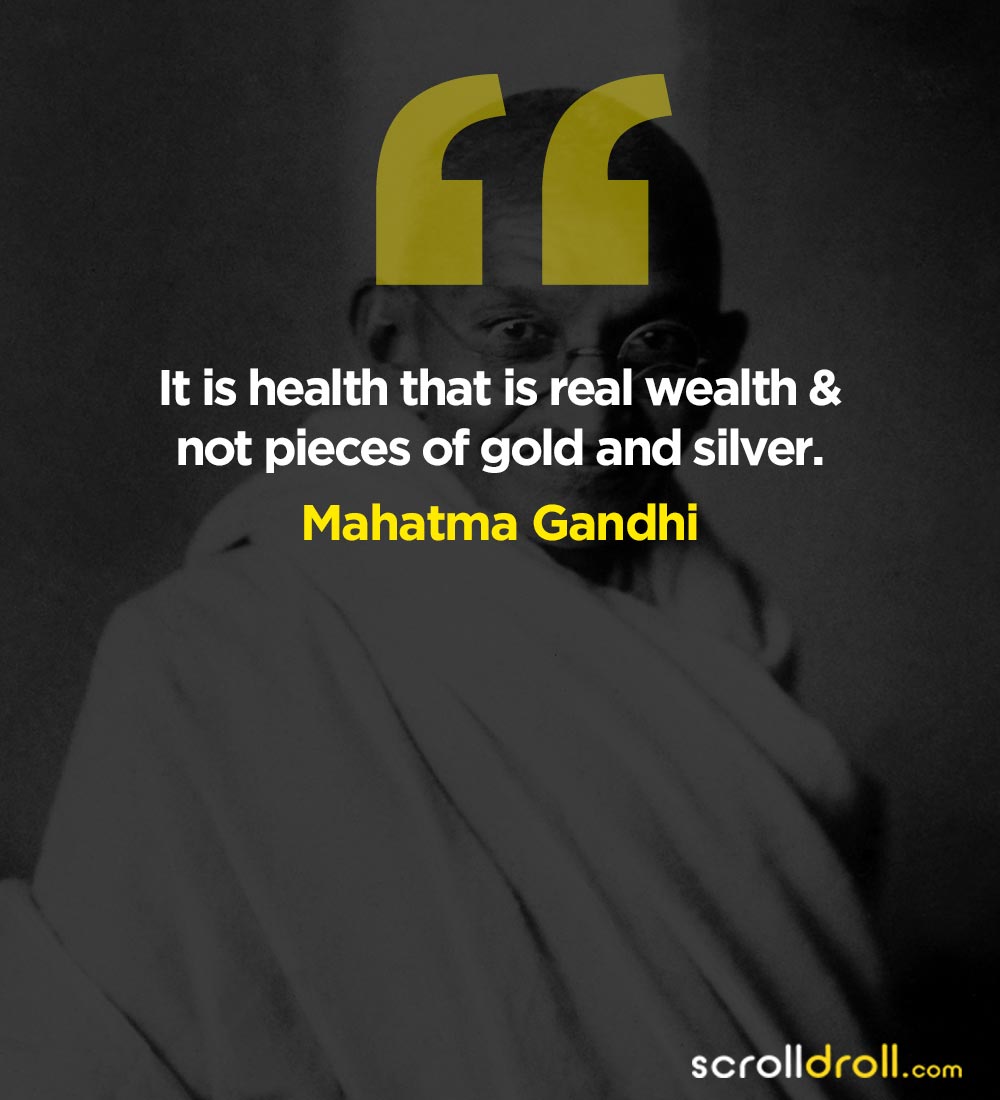 13. “Strength does not come from physical capacity. It comes from an indomitable will.” 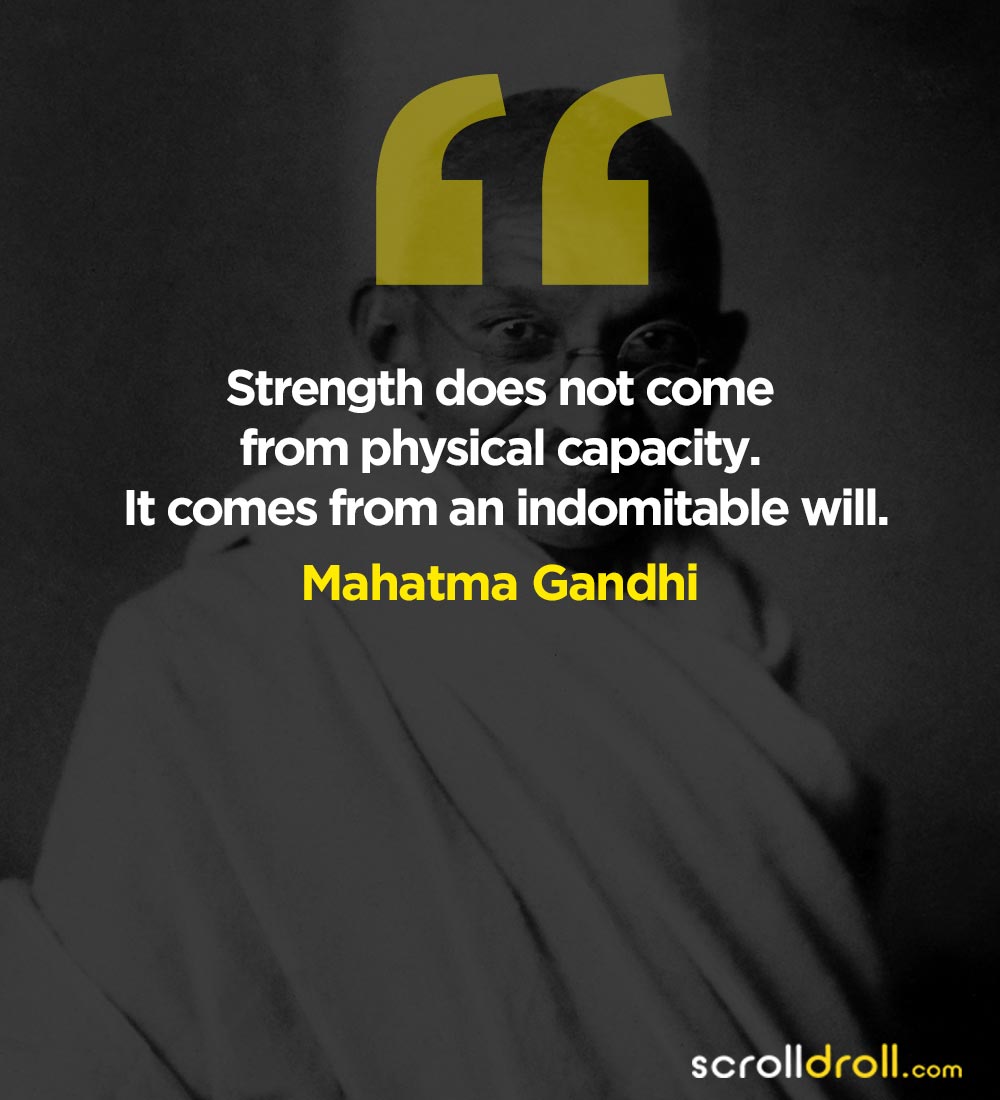 14. “You can chain me, you can torture me, you can even destroy this body, but you will never imprison my mind.” 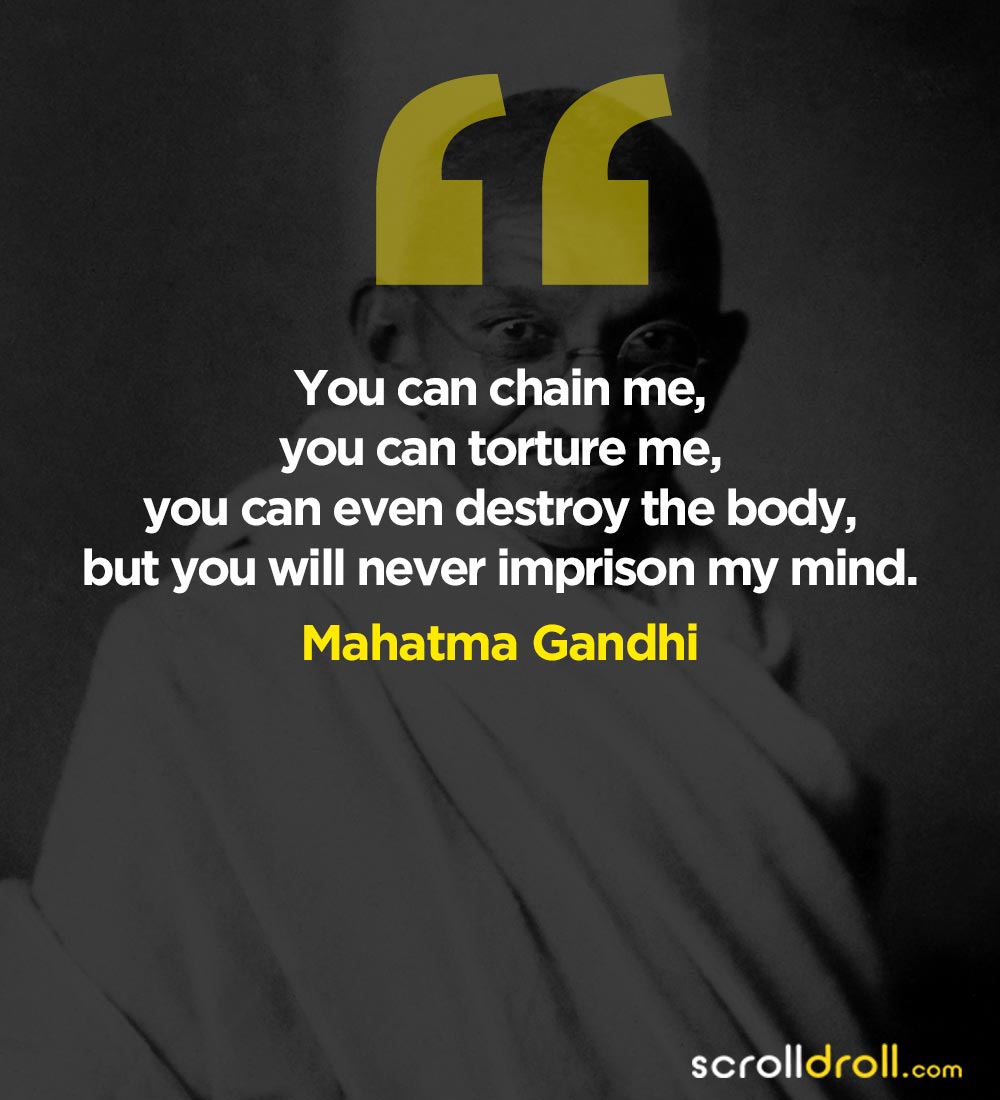 15. “There is a sufficiency in the world for man’s need but not for man’s greed.” 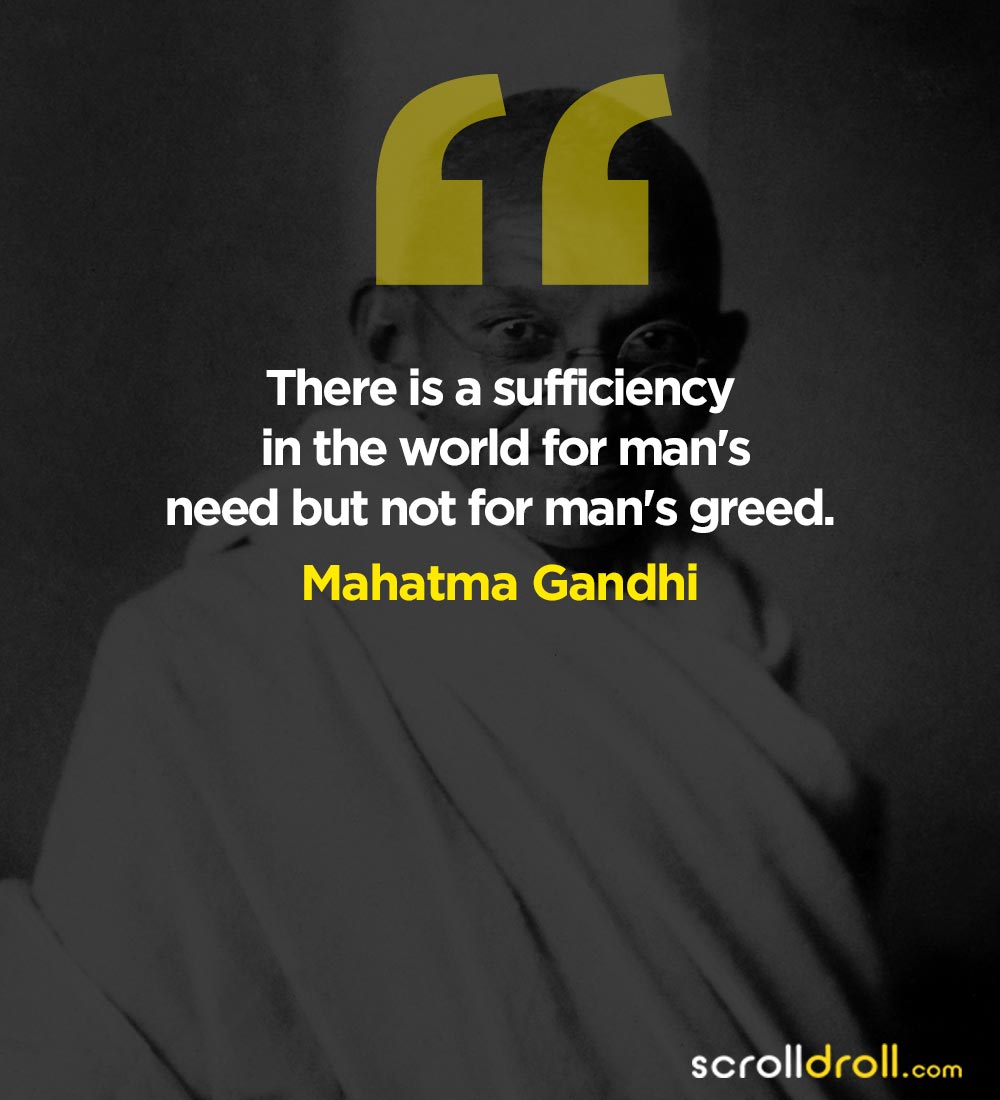 16. “My religion is based on truth and non-violence. Truth is my God. Non-violence is the means of realising Him.”
– Mahatma Gandhi on non-violence being his religion and God 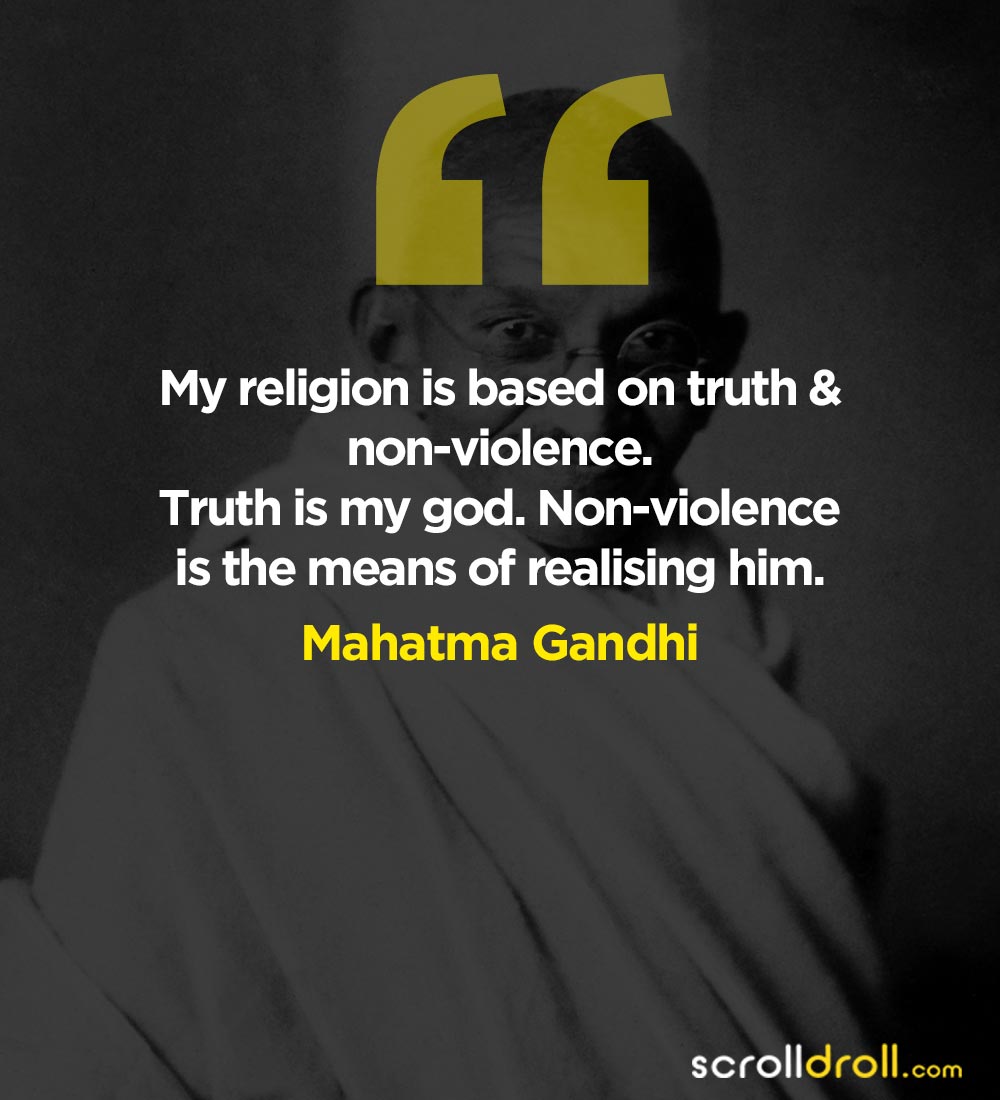 “Generations to come will scarce believe that such a one as this ever in flesh and blood walked upon this earth.” –  Albert Einstein On Mahatma Gandhi

Mahatma Gandhi’s words and wisdom would continue to guide generations of Indians to come. His contribution to the Indian independence movement and tool of non-violence has defined the India of this age. Let us know which of the Mahatma Gandhi quotes did you find the most inspirational in the comments below.

20 Famous People from Uttar Pradesh Who Made it Big!