India boasts of a truly rich history, which is why there is no dearth of stories of valiant heroes who have fought for the good of the nation. Be it fighters from the Indian movement of struggle, or the soldiers manning our borders as we speak, India has birthed many a sons and daughters that have made her proud. Today, we tell you the story of Major General Ian Cardozo – the man who amputated his own leg with his khukri!

Born in Mumbai to a Goan couple in 1937, Ian Cardozo was inspired to join the army after one of his Juniors from school did. Consequently, he went on to graduate from National Defence Academy, and then joined the Indian Military Academy, after which he joined the 5 Gorkha Rifles. 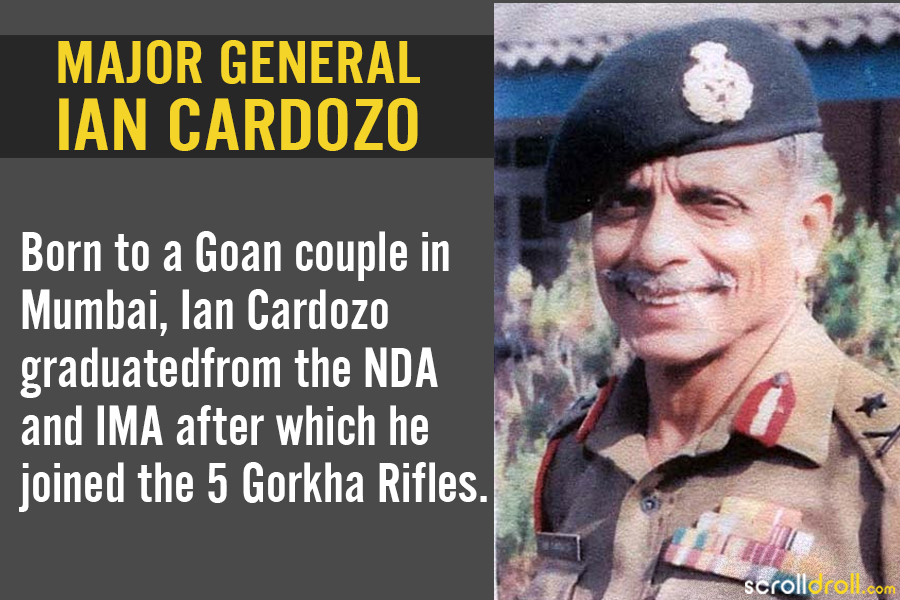 He later led the 1st battalion of the 5th regiment of Gorkha Rifles, and had already fought the 1965 Indo-Pak war, before fighting in the 1971 war between India and Pakistan, which would have changed the course of his life – if only he had allowed it to.

Ian Cardozo was a pretty difficult name to pronounce for many of the men in his regiment, so instead they’d call him Cartoos, which means a cartridge in Hindi. 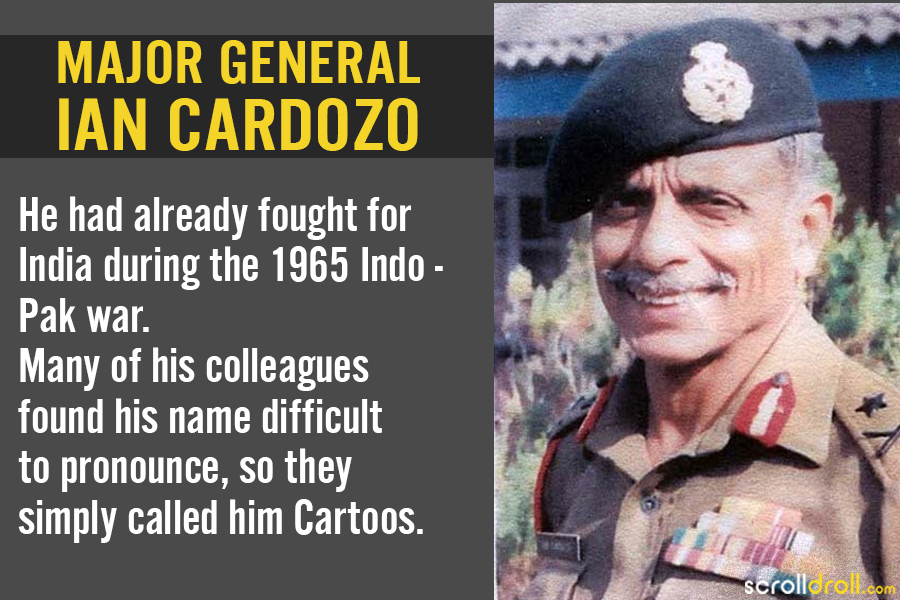 During the war in 71, Cardozo was attending a course at the Defence Services Staff College, Wellington, when he was called back home. His battalion was already part of the war, and sadly, the second in command had died fighting. Ian Cardozo was called back to replace him. 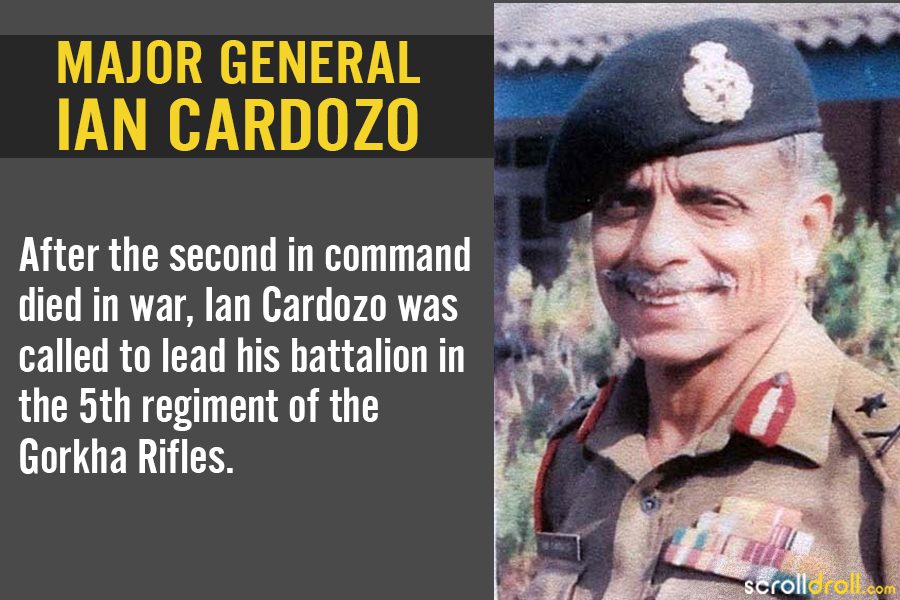 In one of the final days of the war, Cardozo stepped on a landmine that severely wounded his legs. He knew he needed to get rid of his legs in order to stop infection, and even ordered one of his men to cut it off, but he declined. In those days during the war, the men had to go without even food or water – so availability of morphine or pethidine seemed unlikely. Cardozo then had no choice. 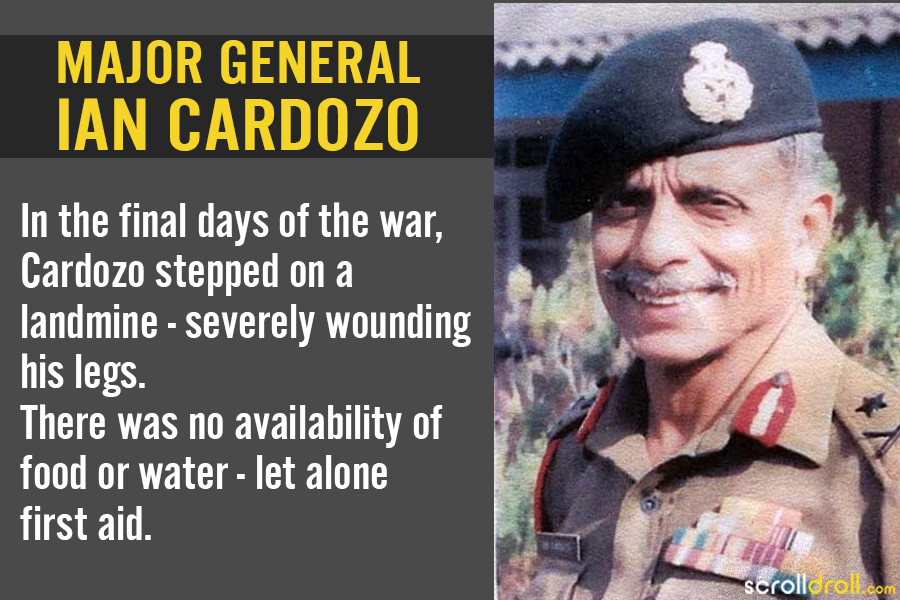 “Where is my khukri?” He asked Balbahadur, his Gorkha batman. When he pulled it out, Ian Cardozo used the Khukri, which is a type of machete, to cut off his leg.

In one of the most war novel-worthy twists ever, Cardozo’s unit eventually captured a Pakistani army surgeon, who was then asked to operate on Cardozo. 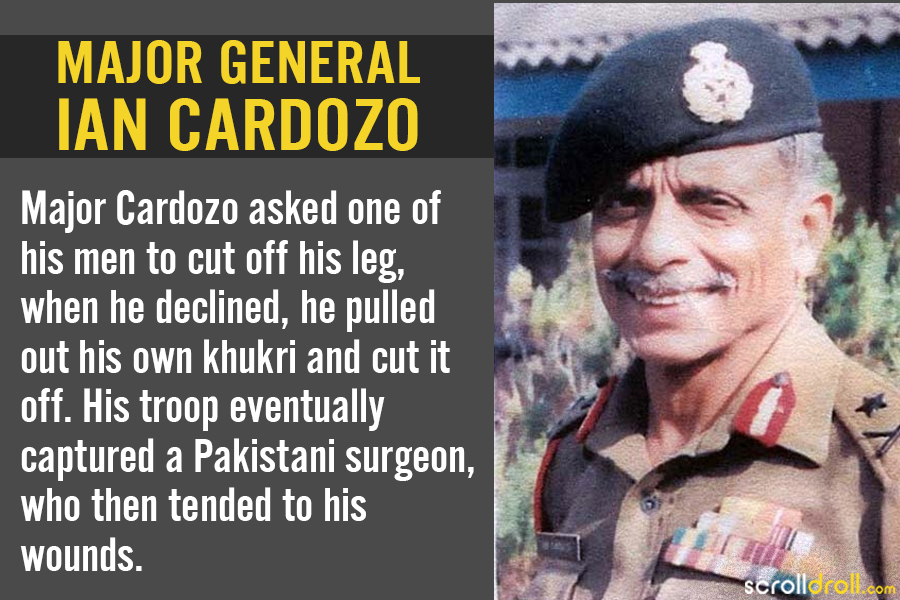 Ian Cardozo was afraid that his disability would tie him to a desk job – a prospect he dreaded violently. So he pulled up his sleeves, and worked extra hard – at times beating his able-bodied colleagues at physical tests.

To prove that the loss of limb had not rendered him a liability, he accompanied General Tapishwar Narain Rana, the Chief of Army Staff, to Ladakh. There, despite wearing a wooden leg, Cardozo could walk in the mountains seemingly without difficulty, and was then allowed to command his own battalion again. 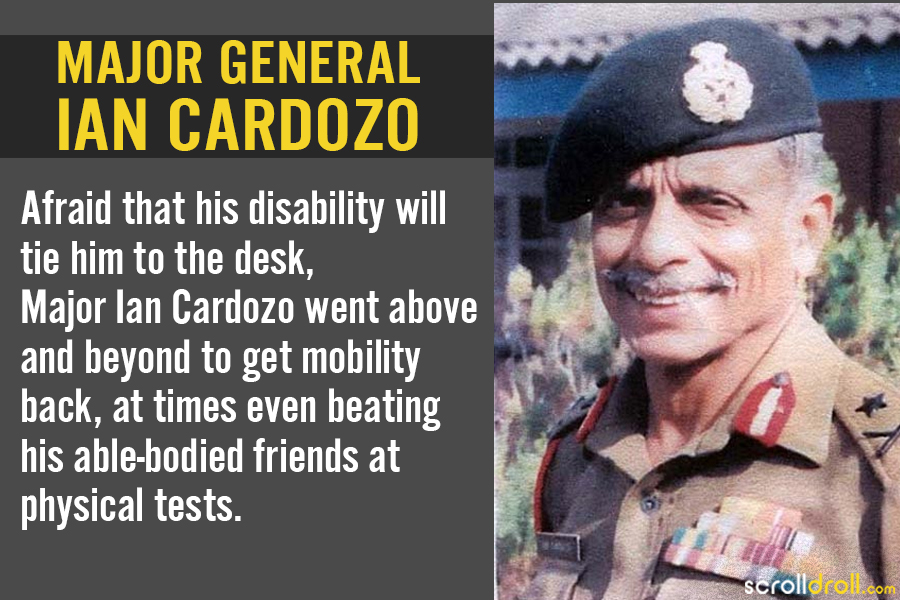 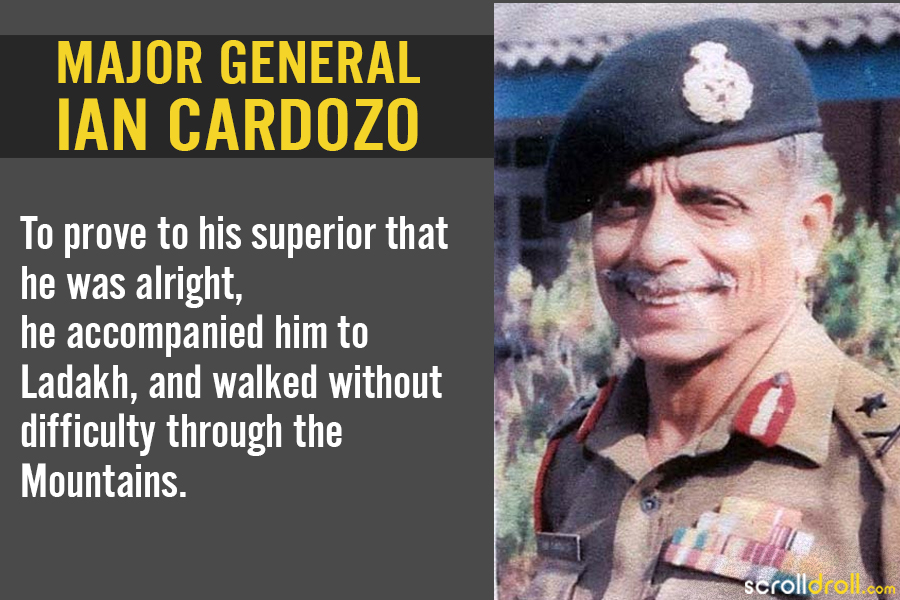 Ian Cardozo enjoyed a celebrated military career. He was the first NDA candidate to have won both gold and silver medals. After retiring, Ian has written a book about the eventful two weeks during the Indo-Pak war. He is also a regular marathon runner. 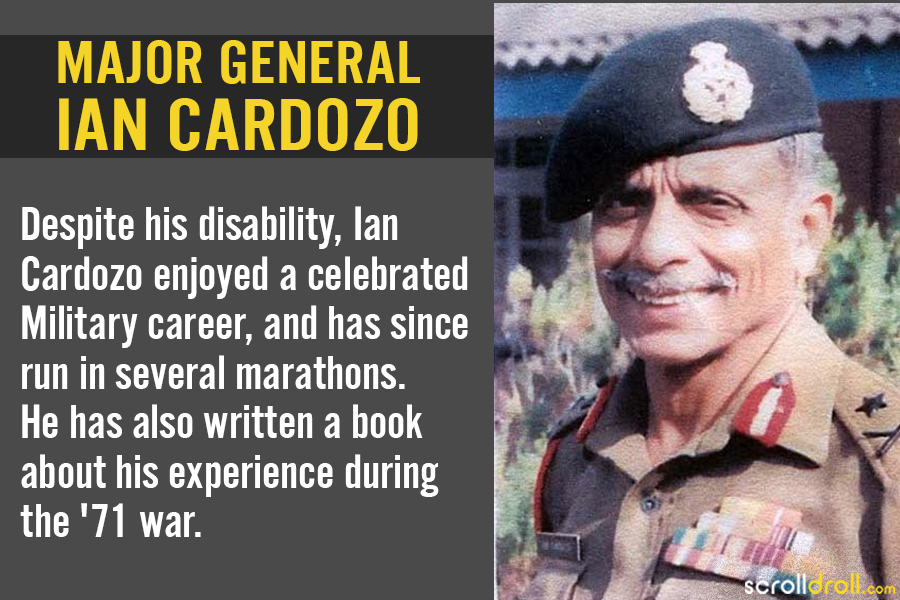 Did you like reading about the story of Major Ian Cardozo? Check out this corner to find out more such stories!