12 Most Beautiful Churches in India You Should Visit

India is a secular country. Our association with Christianity dates back to 52 AD. The Dutch, the Portuguese, the French, and of course, the British have taken turns in ruling this country. Many churches have been constructed all over the country during this time. Though the rulers have left India a long time back, the churches still stand tall, bearing the weight of history and brilliant architecture. Some of the most beautiful churches in India are:

The St. Paul’s Cathedral is one of the most important landmarks in the City of Joy. It is dedicated to the Apostle, Paul. The white structure is built in the Gothic Revival style. The arched windows with stained glass are a special attraction of this premier tourist spot. The church also features a library and a museum containing some precious artifacts. Along with the exemplary architecture, the cathedral will also mesmerize you just with the feel of serenity that engulfs you as soon as you enter the premises. 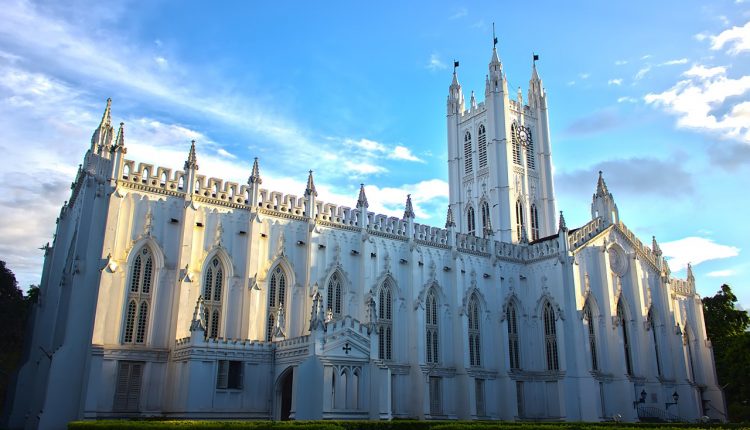 The Sé Catedral de Santa Catarina, or the Se Cathedral church is one of the largest and most beautiful churches of India. A magnificent sight to witness in old Goa, The church is dedicated to St Catherine of Alexandria and was constructed to commemorate the triumph of the Portuguese under a Muslim army. The construction began in 1562 and continued till 1619. The church is constructed in Portuguese-Gothic style. While it has a Tuscan exterior, it has a Corinthian interior. The exterior has a plain elegant style while the interior is elaborate and grand. The cathedral also boasts of the Golden Bell, the largest in Goa. 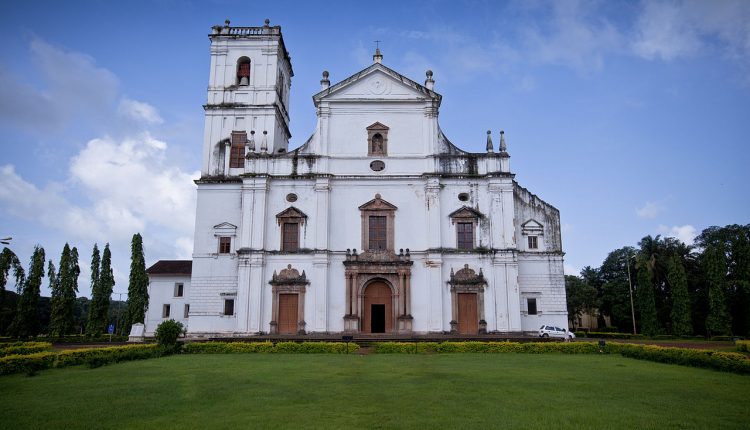 The Basilica of Bom Jesus is the oldest church in Goa, known to hold the relics of St. Francis Xavier. It is recognized by UNESCO as a World Heritage Site. The construction of the basilica started in 1594 and was completed in 1605. The Basilica follows the classic forms of plane architecture, introduced by the Jesuits. The unplastered granite façade follows five different styles of architecture: Roman, Ionic, Doric, Corinthian, and Composite. It is also wheelchair accessible, for visitors who use the wheelchair. 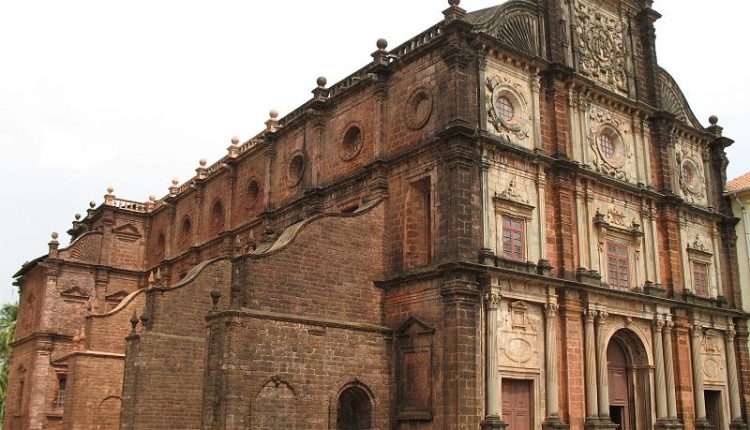 Another reason to visit Fort Kochi, the Santa Cruz basilica is the cathedral church of the Diocese of Cochin, which is the second oldest Diocese of India. The exterior of the church is bright and whitewashed and the interior is pastel-colored. The interior of the basilica has a Gothic style architecture. Italian painter Fr Antonio Moscheni, and his disciple De Gama of Mangalore were responsible for the decoration of the Basilica. The seven large canvas paintings include a brilliant reproduction of the ‘Last Supper’ by Leonardo da Vinci. 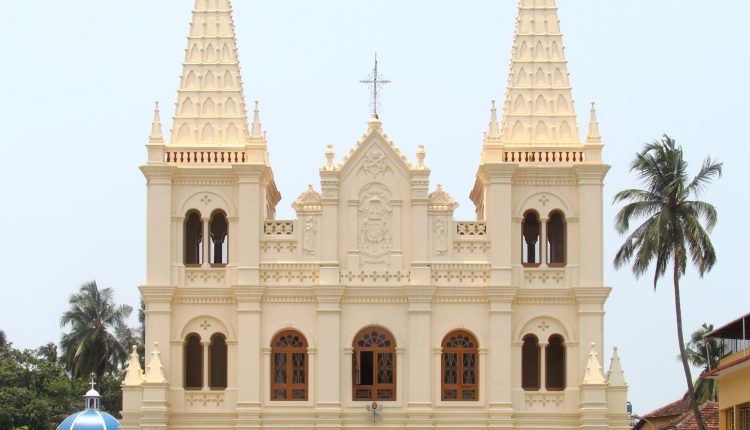 The church is also known locally as Samba Kovil. It is the cathedral mother church for the Roman Catholic Archdiocese of Pondicherry and Cuddalore. The construction follows the Herrerian style of architecture. It was demolished multiple times by different people but was rebuilt every time. It is one of the oldest tourist destinations of Puducherry, having had high profile visitors like Mother Teresa on its premises. 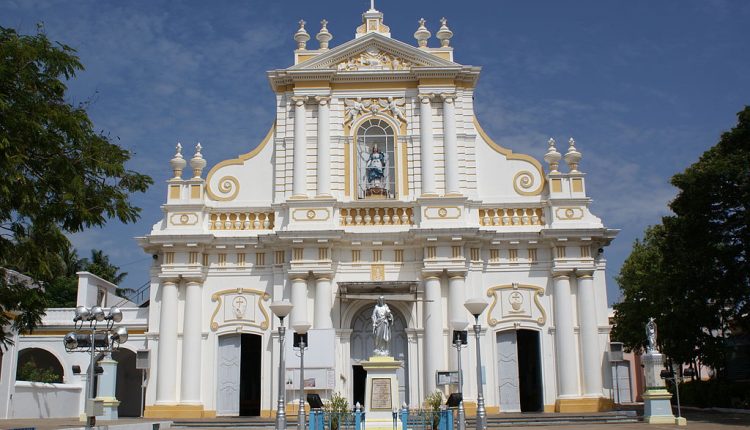 Christ Church of Shimla is the second oldest church in North India. The church was built following the Neo-Gothic style of architecture. The height of the Christ Church is about 90 feet. It contains five tubular bells and a clock. 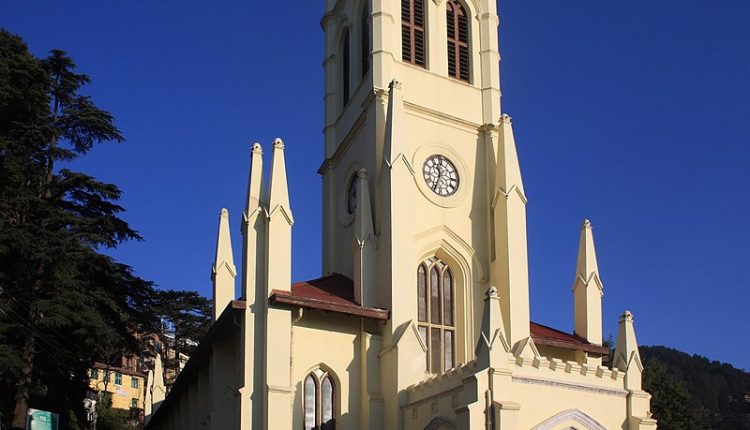 The St. Thomas Syro-Malabar Catholic Church is one of the 23 Eastern (Oriental) Churches in full communion with Rome. It is the second-largest Eastern Catholic Church. 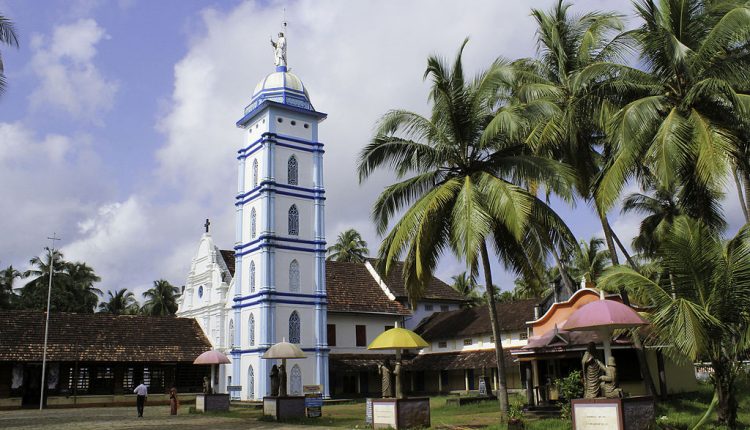 The old Manarcad Church was built before the 10th century The cathedral houses one of the holiest relics, a small piece of Mother Mary’s belt 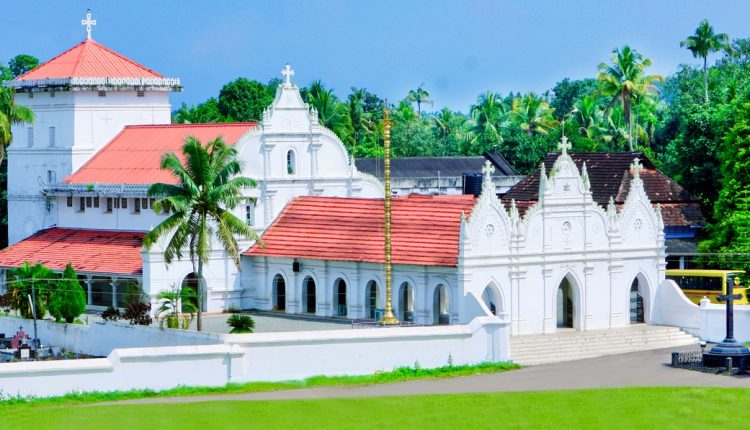 The St. Ann Church in old Goa is a magnificent structure, an example of the Indian Baroque style. Unfortunately, though, this church is not in a good position now, owing to long time neglect. 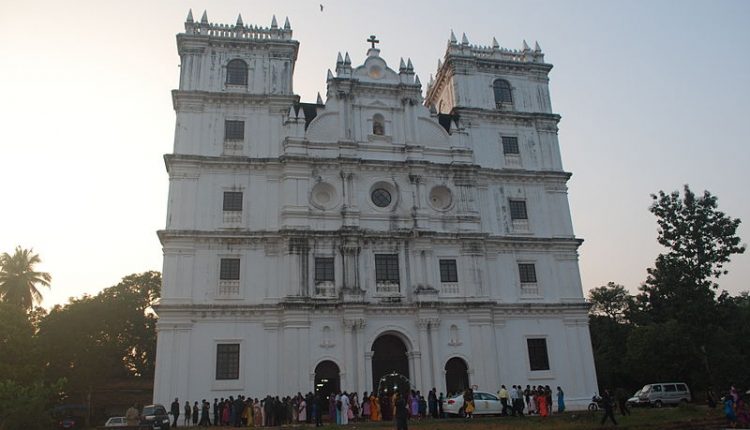 Medak Cathedral is the seat of the Bishop in Medak for the Church of South India. It is the largest diocese in Asia and the second largest in the world. It spans an area of over 300 acres. The building is 100 ft wide and 200 ft long, and follows the Gothic revival style of architecture. The prime attraction of the church is its stained glass windows which represent different scenes from Jesus Christ’s life. 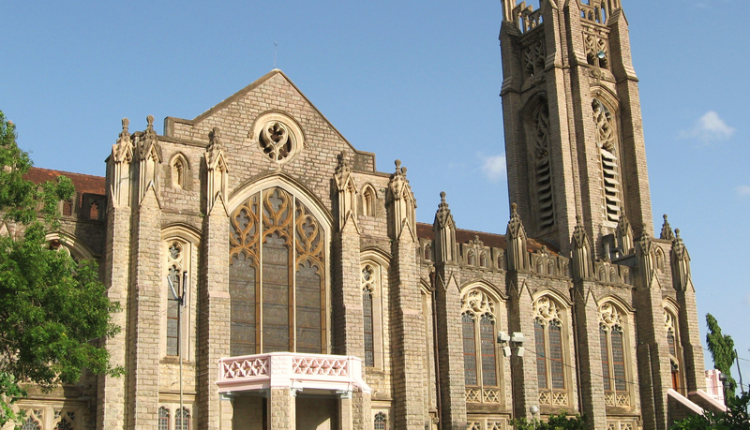 The St. Thomas Cathedral Basilica was built in the 16th century by Portuguese explorers. It enshrines the mortal remains of Saint Thomas. It was built in the Neo-Gothic style. The cathedral boasts of a museum that educates the visitors about the glorious history with its rich collection of antiquities. 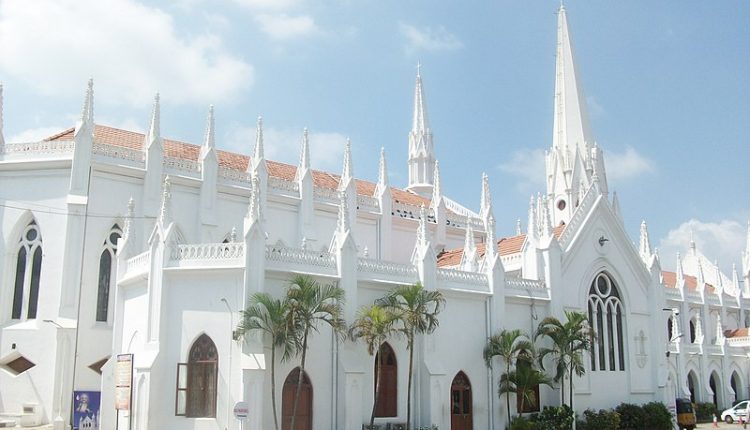 Commonly known as Bandel Church, it is dedicated to Nossa Senhora do Rosário, Our Lady of the Rosary.  It is a part of the Roman Catholic Archdiocese of Calcutta. The church has three altars, an organ, several tombstones, and a shrine dedicated to Virgin Mary. 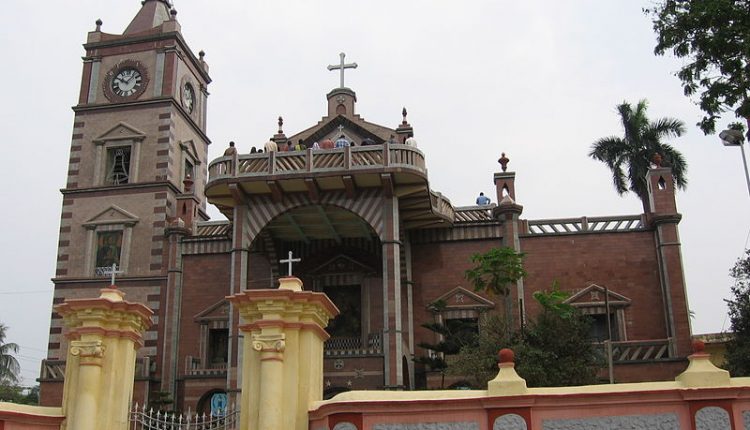 The richness of architecture in the country is evident in these architectural marvels strewn across the country. They are also extremely valuable as historical monuments bearing evidence of the spread of Christianity in India. Let us know in the comments which of these monuments you can vouch for as the most beautiful churches in India, and which others you would like to add to this list. Ciao.

15 Dishes and Foods from Bengal You Should Try

20 Nida Fazli Shayaris That Are Deep and Meaningful

14 Best Poems by Manoj Muntashir About Love, Life, and Dreams