20 Most Beautiful Countries of the World You Must Visit

What is the world’s most beautiful country? Beauty is truly in the eye of the beholder when it comes to the world’s diverse destinations, but there are some countries that have the upper hand when it comes to their natural resources. There are so many incredible places to visit, from the red rock formations of the American West to the Maldives’ pristine white-sand beaches, that we’ve compiled a list of 20 of the most beautiful countries of the world as a starting point for your next big adventure. These countries offer undeniably stunning scenery that will wow any traveler, with majestic mountains, lush vegetation, cascading waterfalls, abundant wildlife, gorgeous coastlines, and much more.

You could spend a lifetime exploring America’s sights, which are all equally beautiful and diverse. One of the most beautiful coastlines on the planet is Hawaii’s vertical Na’Pali Coast. Denali National Park in Alaska is well worth the trip despite the bitter cold. Perhaps you’ve heard of the Grand Canyon, a charming little tourist destination? 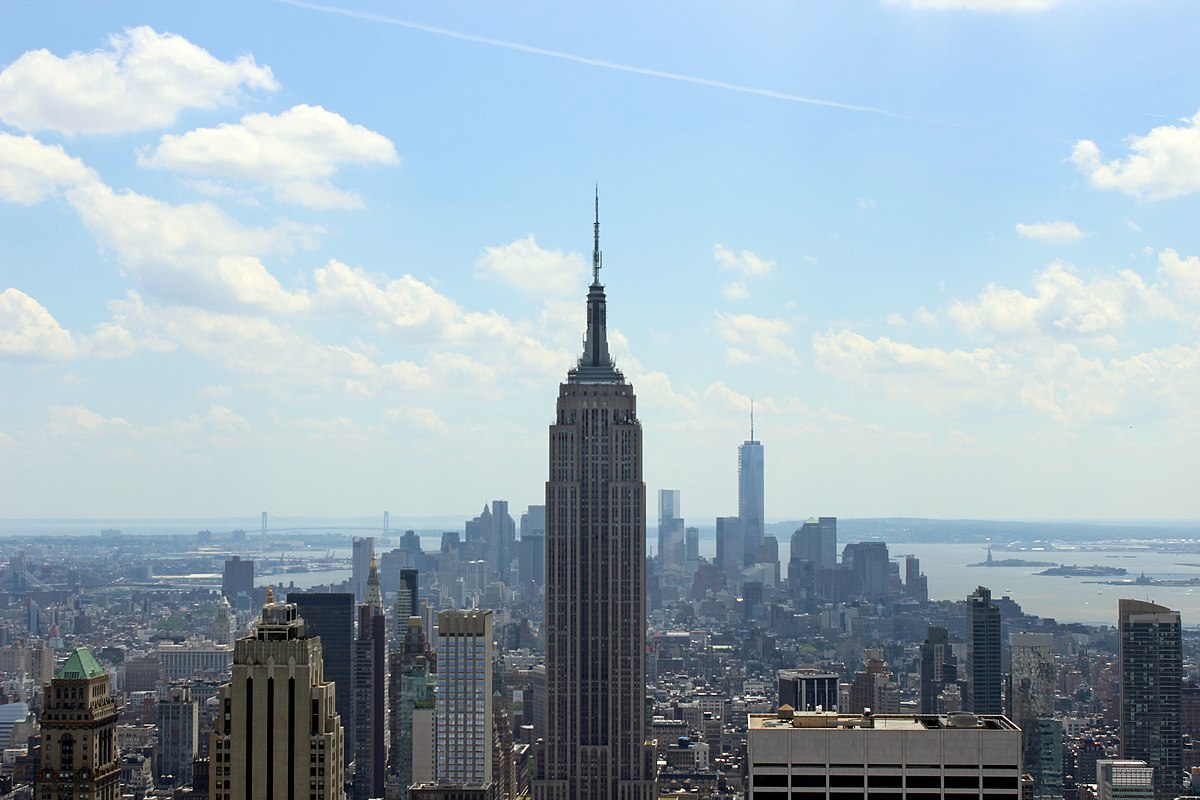 Norway is known for its glaciers, mountains, Northern Lights, and fjords—there are so many of them. With steep rock walls and dense forests, the UNESCO-listed Geirangerfjord and Nryfjord in southwestern Norway are among the most scenic anywhere. Trolltunga in Hardangerfjord offers something a little more unique (and daring). This protruding rock rises 2,300 feet above Lake Ringedalsvatnet and offers some of the country’s most breathtaking panoramic views. Don’t forget about the Lofoten Islands, which are located off Norway’s northwest coast. 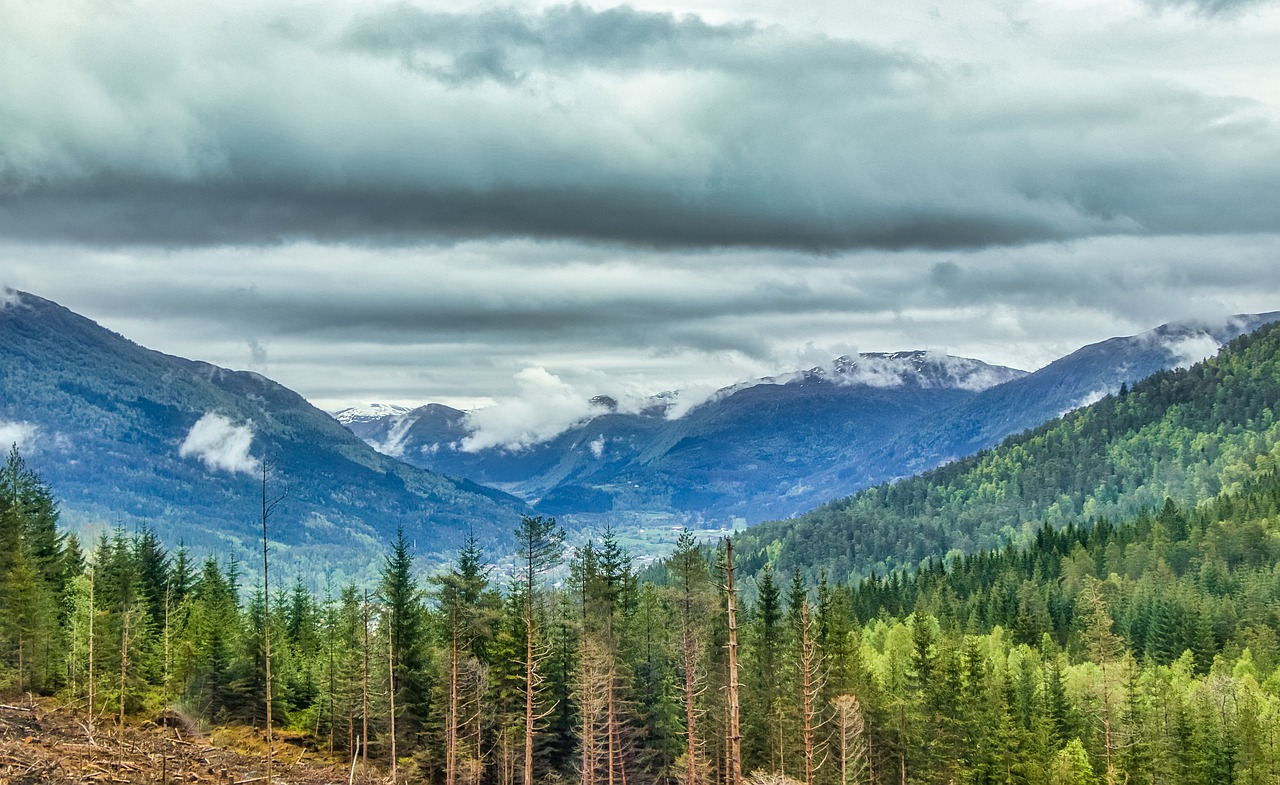 Switzerland tucked away in the Alps, is easily one of the most beautiful countries of the world, no matter what time of year you visit. In the winter, however, it transforms into a winter wonderland, complete with powdery ski slopes and frozen lakes galore. Stay in Zermatt, a ski town so pristine that people buy bottles of air from the surrounding mountains (including Switzerland’s iconic Matterhorn mountain), for the best view of the country’s natural beauty. Skiing isn’t your thing? A family vacation to Switzerland in the summer is always a good idea, with Lake Geneva’s picturesque banks and Zurich’s Badi (natural swimming pools along lakes and rivers) ready to welcome you. 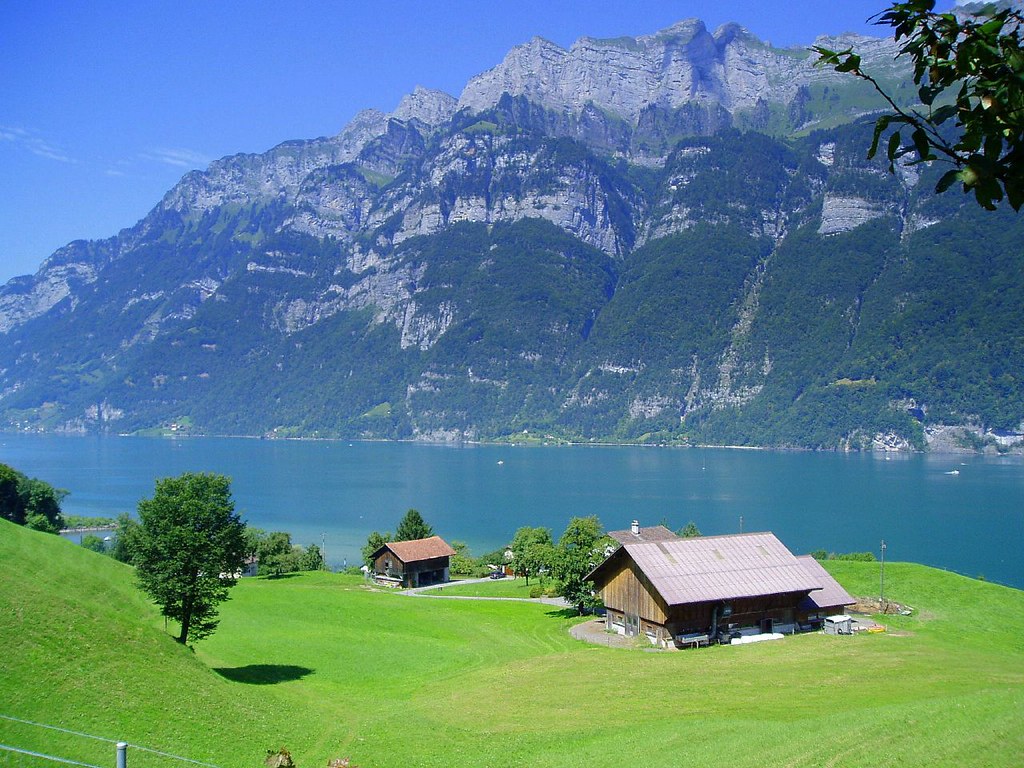 India’s landscape, which includes Himalayan peaks and Indian Ocean beaches, can only be described as breathtaking. With elephants and tigers, lush lagoon networks, and tea plantations, Kerala is easily one of the country’s most beautiful states. Even outside of Kerala, there are incredible stretches of sand, such as Marina Beach in undiscovered Tamil Nadu and Chandipur Beach in Orissa, where the tide recedes nearly three miles out to sea. Hundreds of species of alpine flowers carpet the western Himalayas in chromatic glory, making the Valley of Flowers National Park a sight to behold. 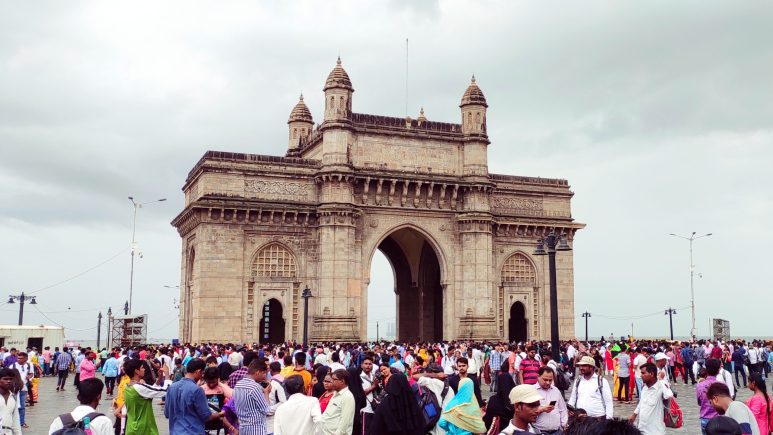 From the Great Barrier Reef to the Outback’s wild isolation to Victoria’s Winelands, Australia’s natural beauty is unrivaled. Seeing Uluru’s majesty from above by helicopter or from afar at ground level during the technicolor sunset should be on everyone’s bucket list. Tasmania is another must-see destination. The mountain wilderness and pristine coastline of the island state are breathtaking. 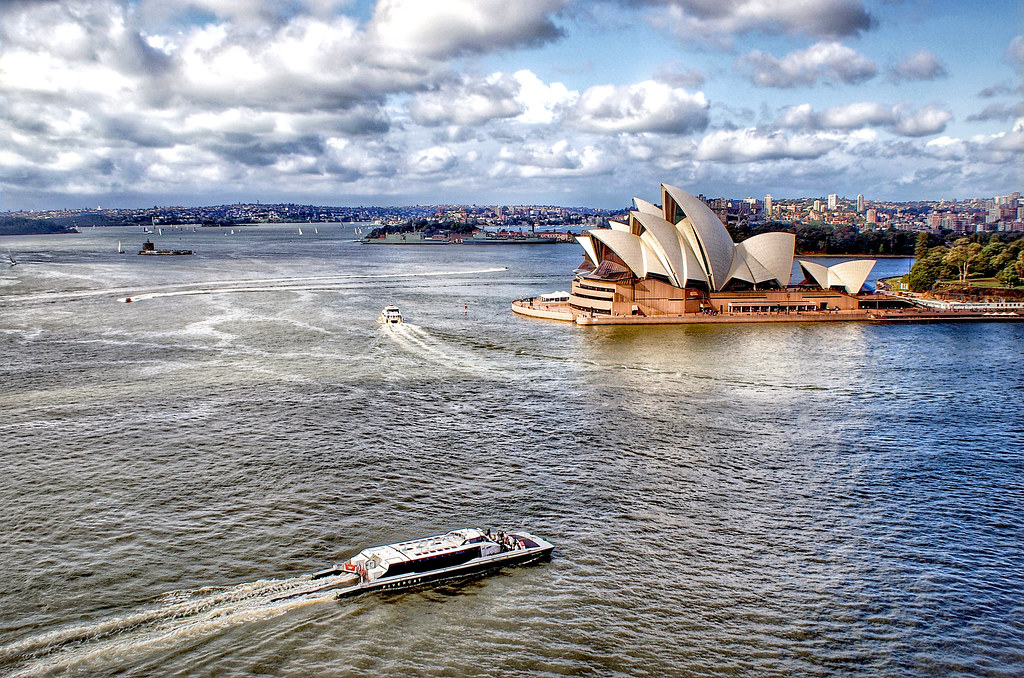 The majority of Finland’s best views contribute to its ranking in the list of the most beautiful countries in the world. These views can be found in the country’s northern Lapland region, where frozen lakes and snow-covered evergreens—along with the occasional appearance of the Northern Lights—are each visitor’s own enchanted fairytale: winter edition. Around 65 percent of Finland’s total land area is covered in forest, with hotspots like Nuuksio National Park, less than an hour from Helsinki and filled with valleys and gorges formed by the Ice Age. Finland’s centennial year was marked by the unveiling of its 40th and largest national park, Hossa, a vast natural area near the Russian border known for its crystal-clear lake waters. 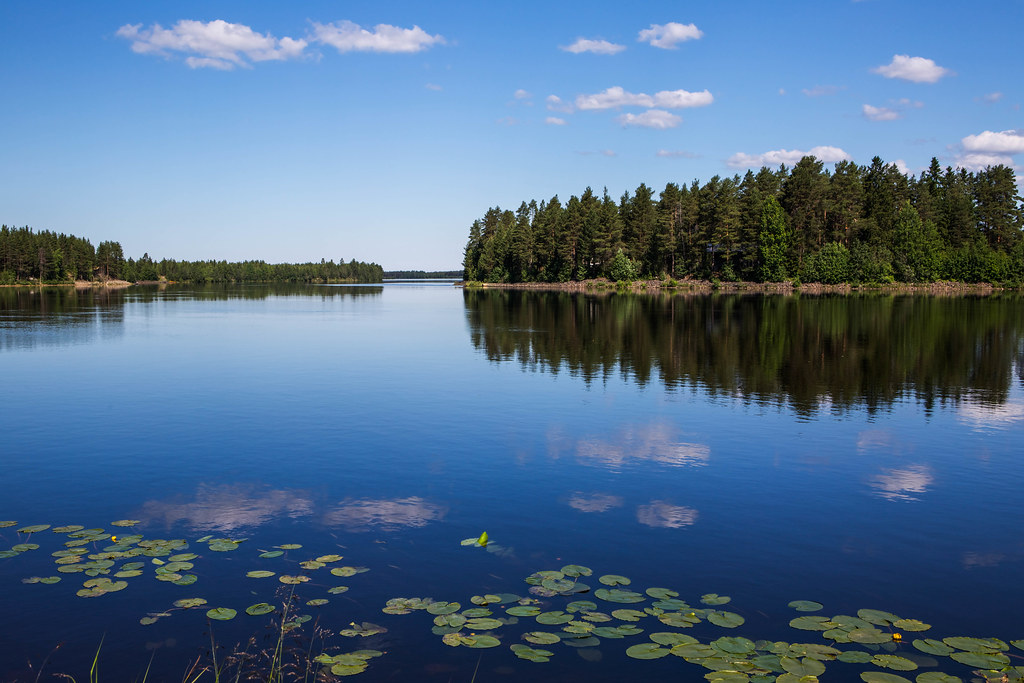 Spain has 15 national parks, including five in the Canary and Balearic Islands, in addition to its world-class beaches (such as Playa de Las Catedrales in Galicia, pictured). Five threatened bird species, as well as scenic marshes and sand dunes, can be found in Doana National Park. Teide National Park is home to the country’s tallest mountain (Mount Teide) and the world’s third tallest volcanic structure (Pico Viejo). 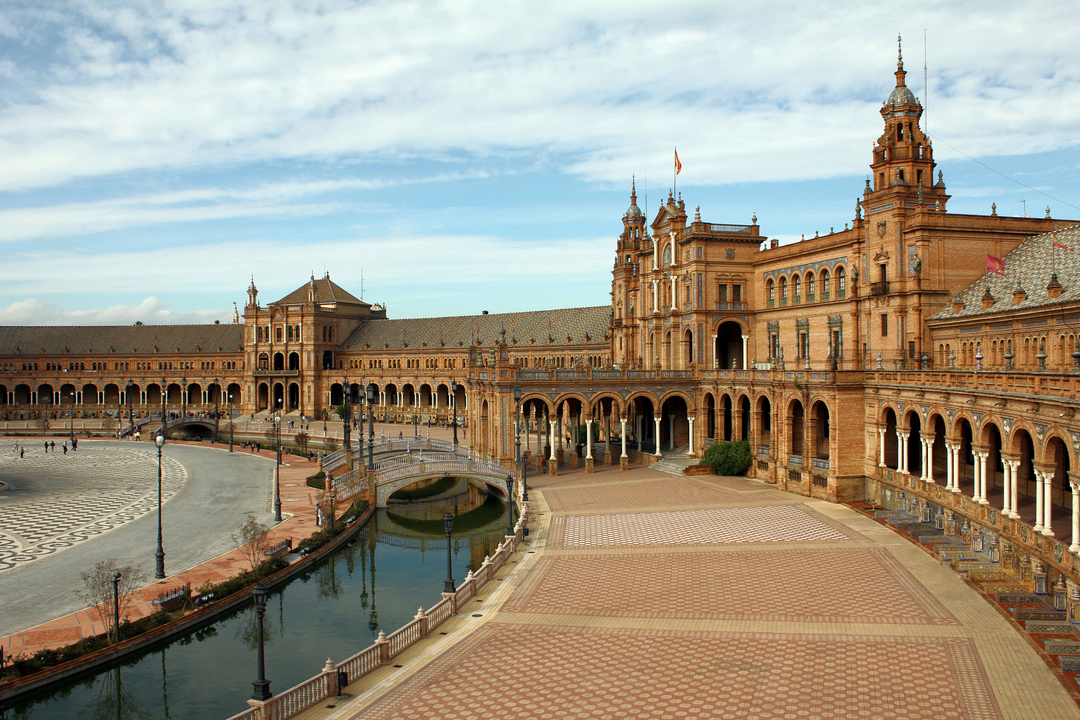 Greece may be best known for Athens’ architecture and Santorini’s coastal scenes (if only we had a dollar for every Oia photo on our Instagram feed), but there’s a lot more to the country than that. From the cliff-lined beaches of Zakynthos to the epic sunrises of Mykonos, each of the 6,000+ islands and islets offers swoon-worthy vistas. Are you not a beach bum? Travel to Epirus, a mountainous and forested region in northwest Greece. 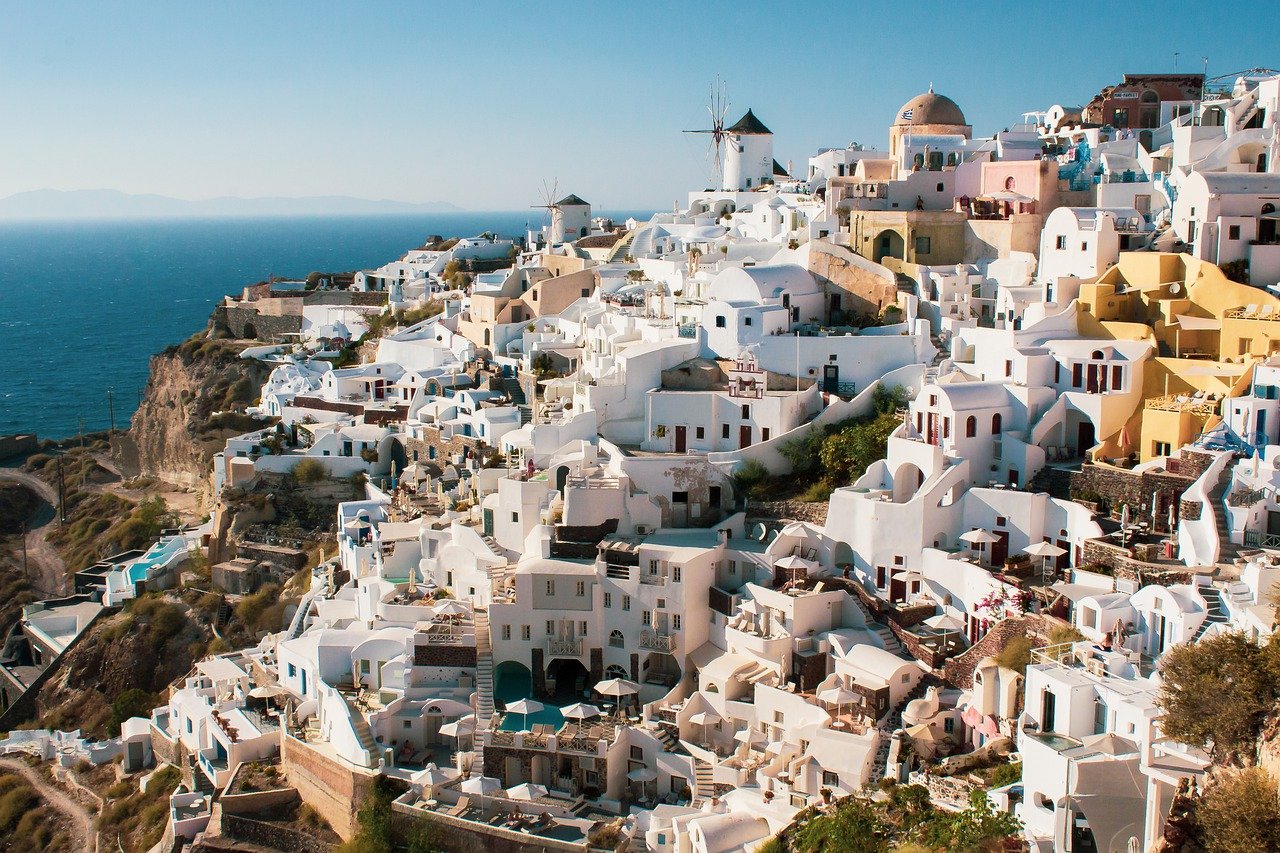 It’s easy to see why the number of foreign visitors to Thailand has doubled in the last ten years. There are hundreds of islands to choose from, with something for everyone, from the lush jungles of Ko Kut to the crystal-clear diving waters of Ko Tao. Travel inland to the wondrous Khao Sok National Park to see wild elephants and tigers, dramatic waterfalls, and some of the world’s oldest rainforests. 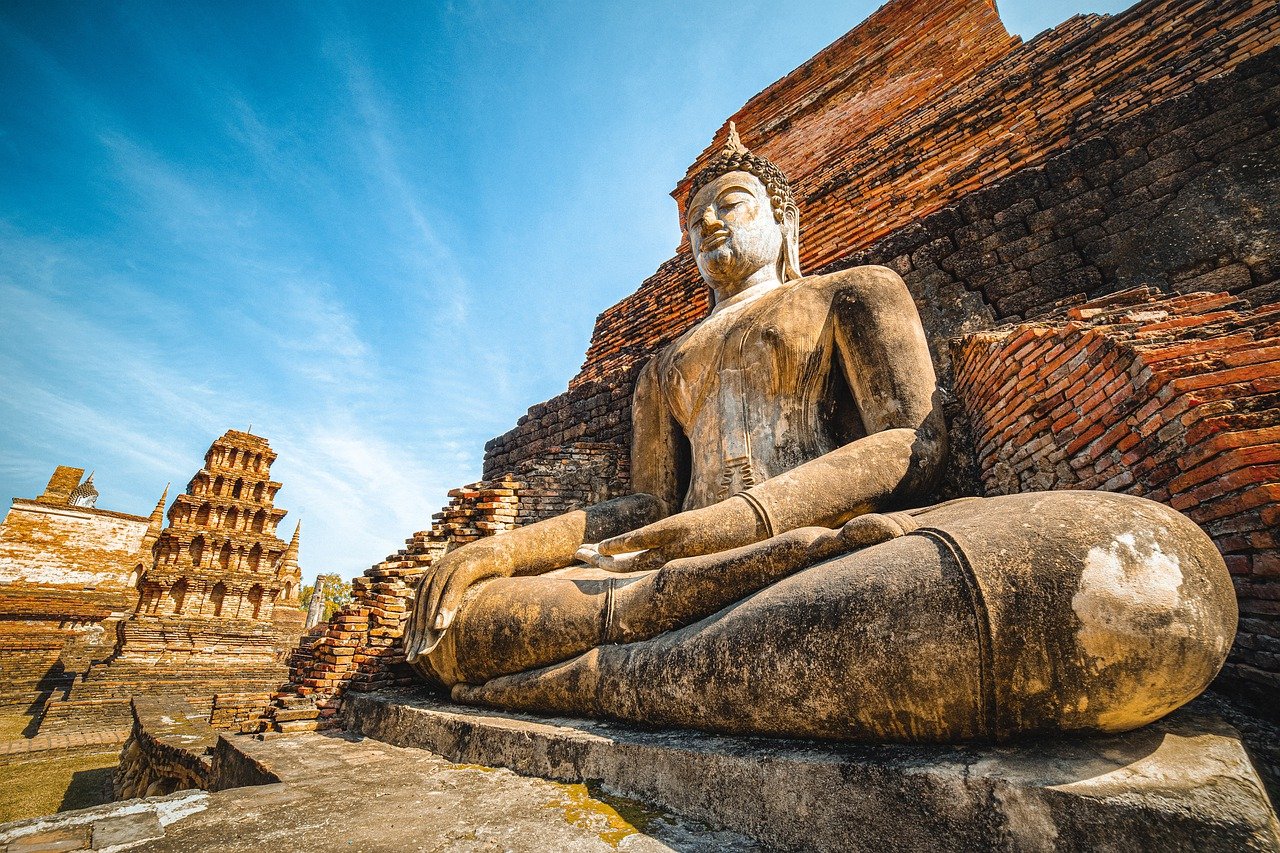 With towering mountains, turquoise lakes, and more than 9,000 miles of windswept shores, New Zealand is no stranger to breathtaking landscapes. Look no further than Lake Tekapo’s resplendent fields of pink and purple lupins, or Milford Sound, a mountainous fjord where you can live out your Lord of the Rings fantasies. The splendor continues underground in the Waitomo glowworm caves (leave it to New Zealand to make even worms look beautiful). 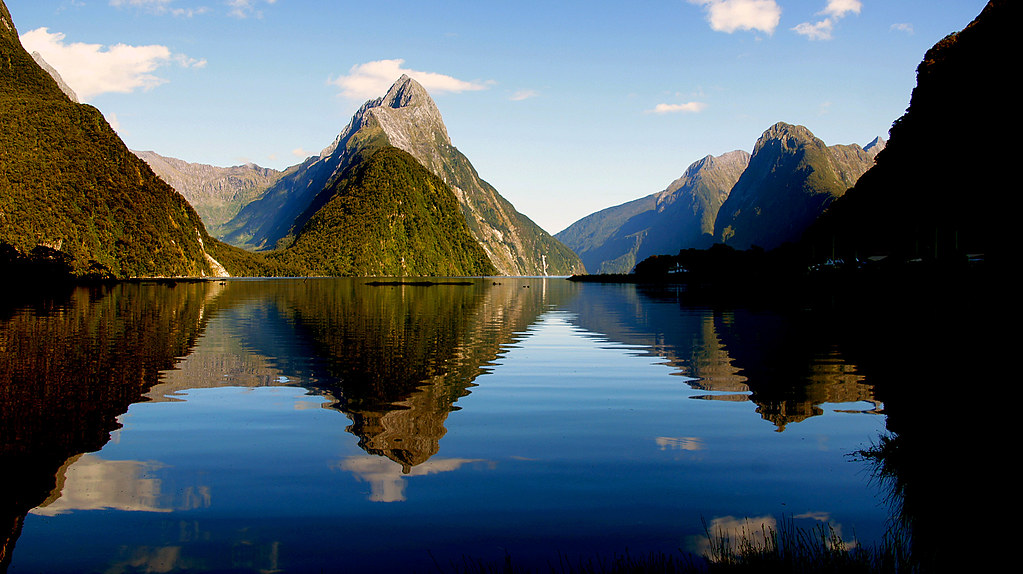 The moonlike dunes of Valle de la Luna, the swirling, cerulean surfaces of the Marble Caves, and the gurgling geysers of El Tatio are just a few of Chile’s natural wonders. When you think of Chile, however, you’re probably thinking of Torres del Paine. Sky-high mountains, blue icebergs, and mythical lakes abound in this national park, which is a microcosm of everything that makes Patagonia so spectacular. 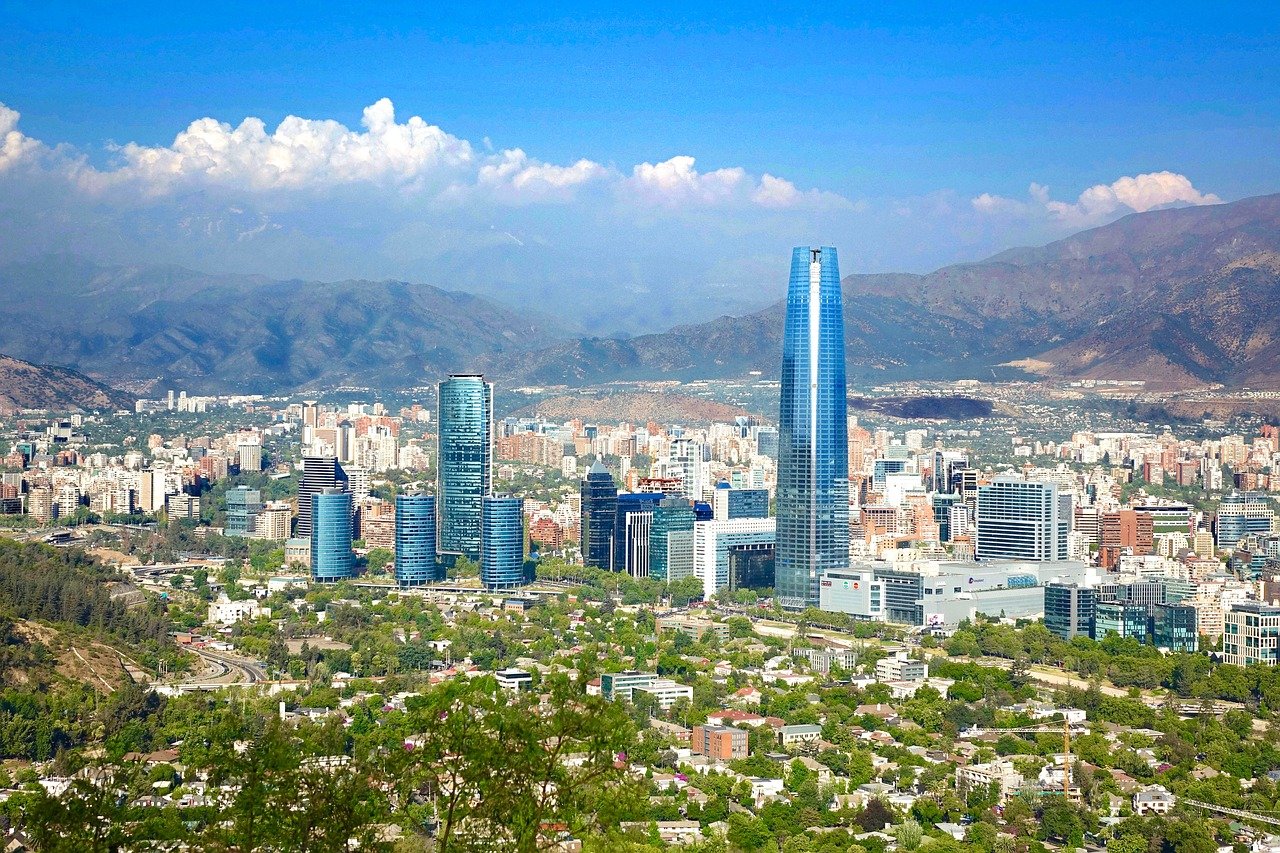 Few places on the planet can boast such a diverse range of natural beauty, from craggy peaks and verdant hills to breathtaking coasts. Italy can certainly steal the spotlight of being one of the most beautiful countries of the world. Driving through Tuscany’s winding, cyprus-lined roads, past rolling green hills and golden fields dotted with sunflowers, is like no other. The Dolomites are some of the most beautiful mountains on the planet, and San Pellegrino Pass is one of the best places to go rock climbing, skiing, or simply be in awe of them. 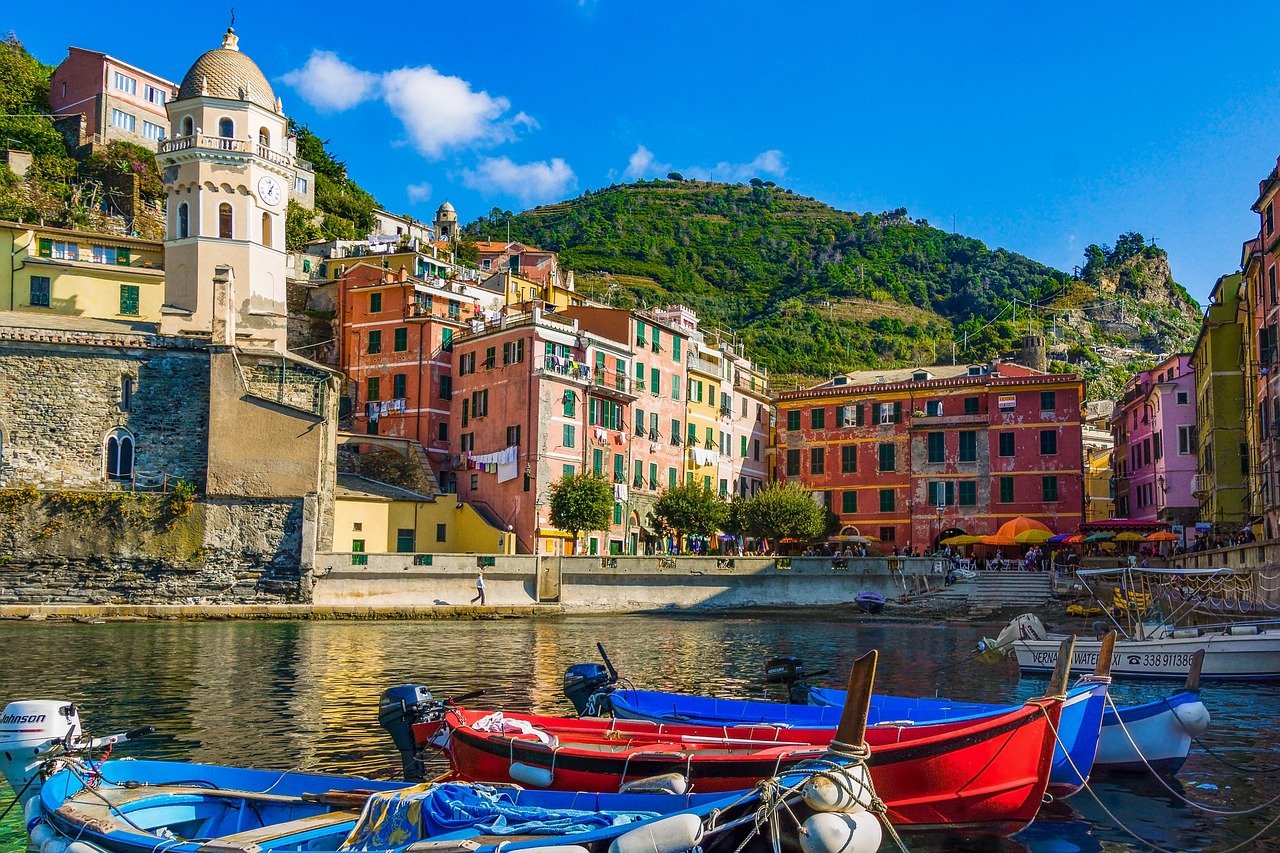 Tanzania is home to the Big Five: elephants, lions, leopards, buffalo, and rhinos, making it a popular safari travel destination. Mount Kilimanjaro National Park, which houses the iconic volcano, and Serengeti National Park are two of the country’s most popular national parks. Tanzania also has a stunning coastline and islands, such as Zanzibar. 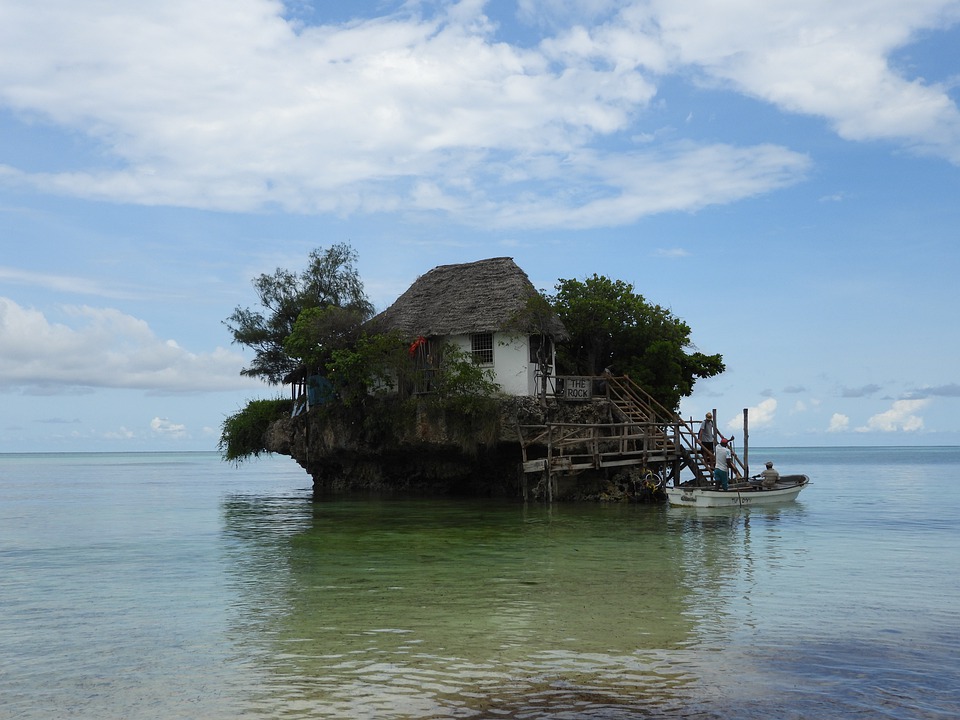 Canada, oh Canada. There is almost too much spectacular scenery in the world’s second-largest country to pick favorites. If we had to choose, we’d start with the remote Torngat Mountains National Park, which is home to polar bears and caribou, glaciers and fjords, and a stretch of mountains you’ll never forget. From Alberta’s serene Banff to Yukon’s extreme Kluane, each of the country’s 48 national parks is well worth a visit easily making it one of the top 20 most beautiful countries of the world. 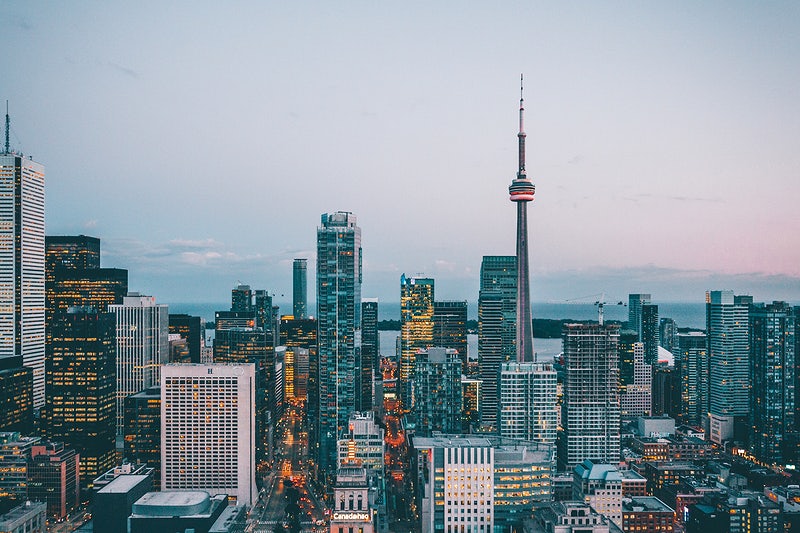 Once-in-a-lifetime experiences and breathtaking scenery go hand in hand in Nepal. The country is well-known among hikers and adventure seekers for having eight of the world’s ten tallest mountains (including Mount Everest, the highest point on the planet). The Gokyo Lakes are the highest freshwater lake system in the world, with vibrant, glacier-fed waters surrounded by snowy peaks. Rare populations of rhinoceros and Bengal tigers can be found in Chitwan National Park, while snow leopards and red pandas can be found in Sagarmatha National Park. 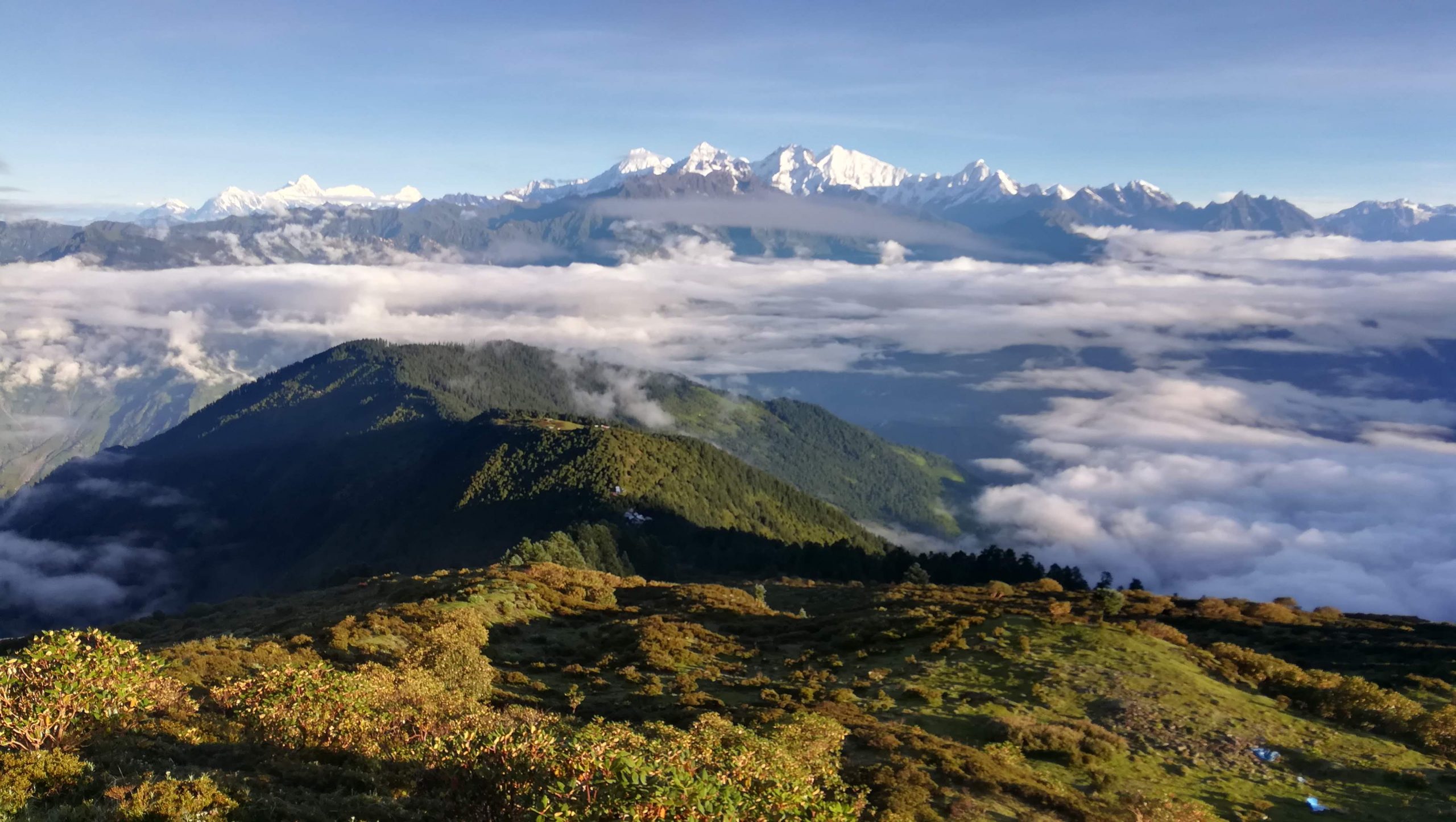 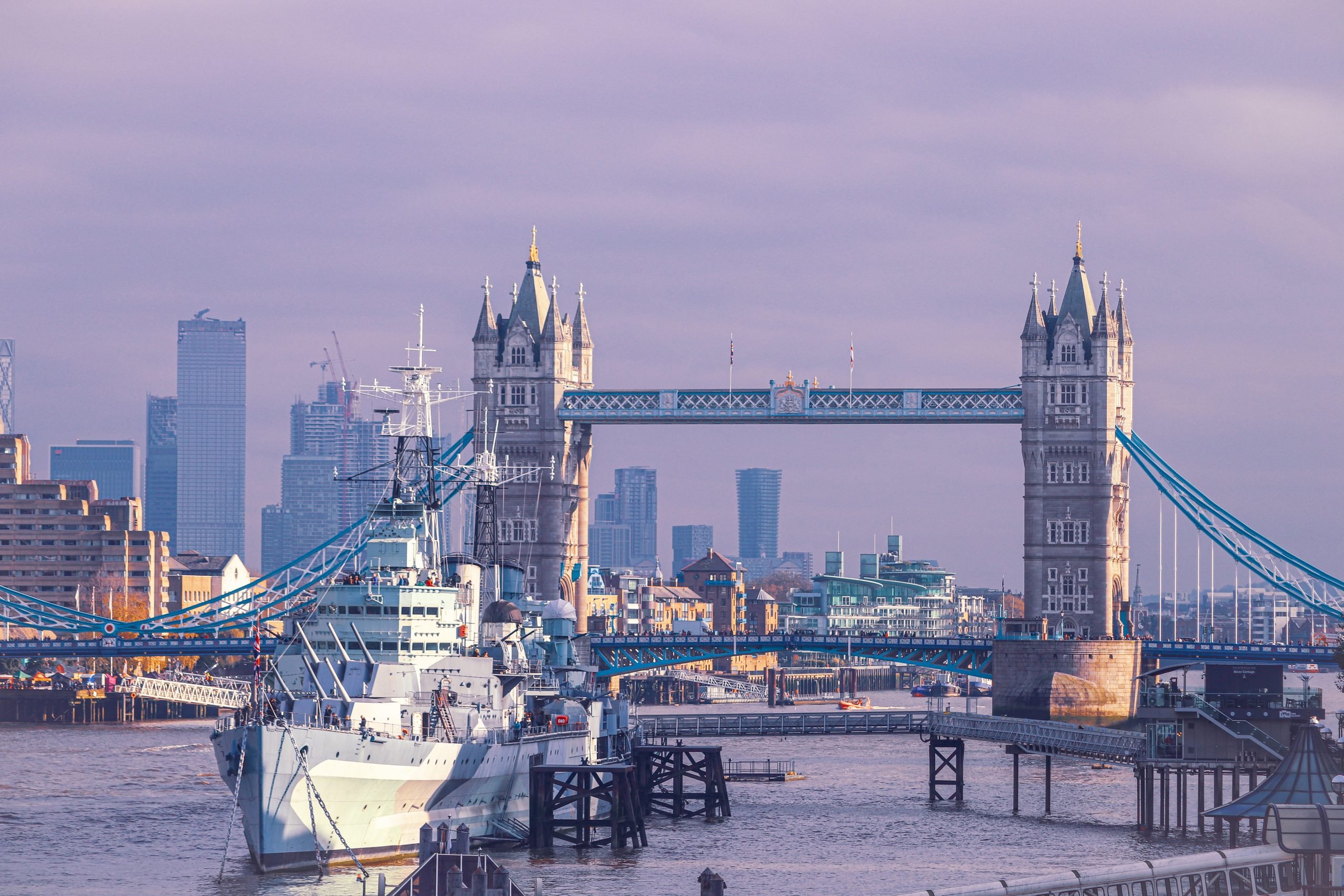 Iceland, located just outside the Arctic Circle, has quickly become one of the most beautiful countries of the world. Thousands of tourists visit the island nation each year to see some of the world’s most breathtaking sights, including towering volcanoes, gushing waterfalls, and vast underground ice caves. Jökulsárlón, Iceland’s deepest glacial lake, is known for its floating blue icebergs and seal gatherings. Reynisfjara Beach in Vik, with its black sands and basalt columns, begs to be photographed. 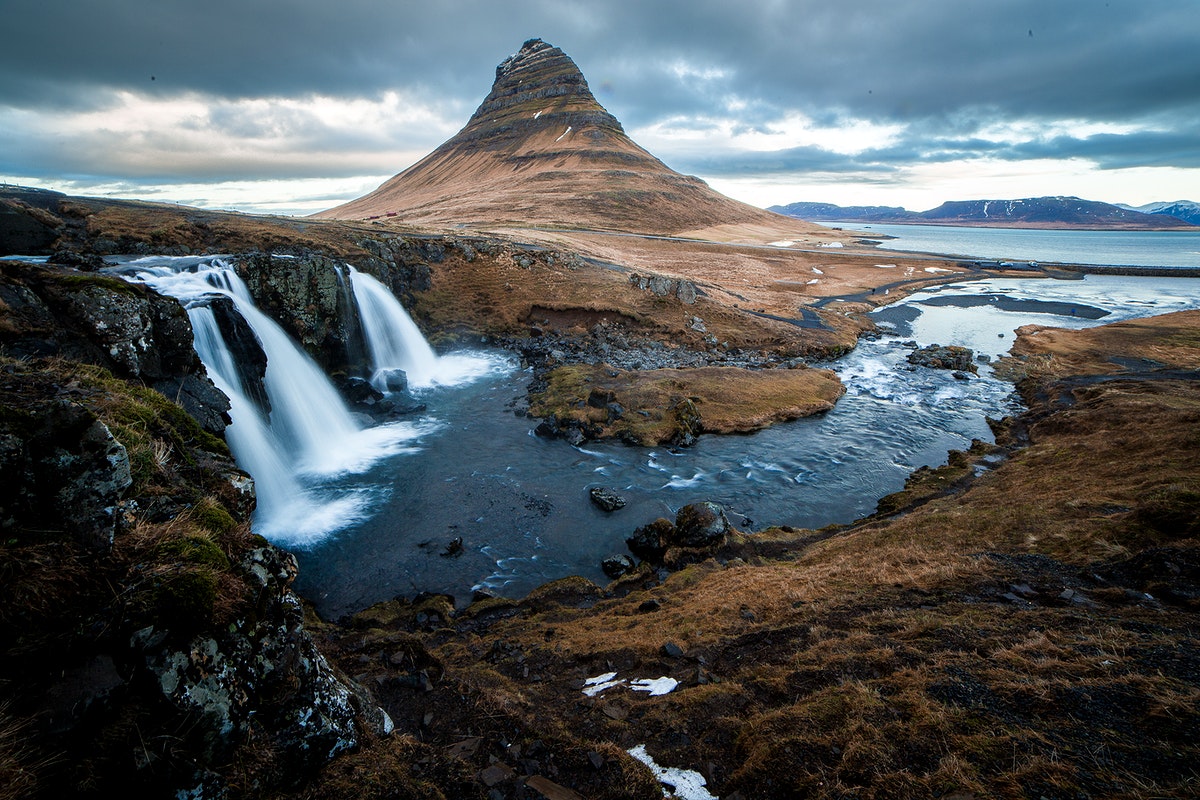 Japan is both tranquil and energizing, ancient and unexpected. The subtropical Ogasawara Islands are home to pristine beaches, world-class snorkeling, whale-watching opportunities, and forests teeming with 195 endangered bird species. Mount Fuji, rising above villages and reflecting on lake surfaces, is the country’s most iconic landmark. Even the cities are brimming with natural beauty: look at Kyoto’s cherry blossoms and Arashiyama bamboo forest, or Tokyo’s serene, grassy parks. 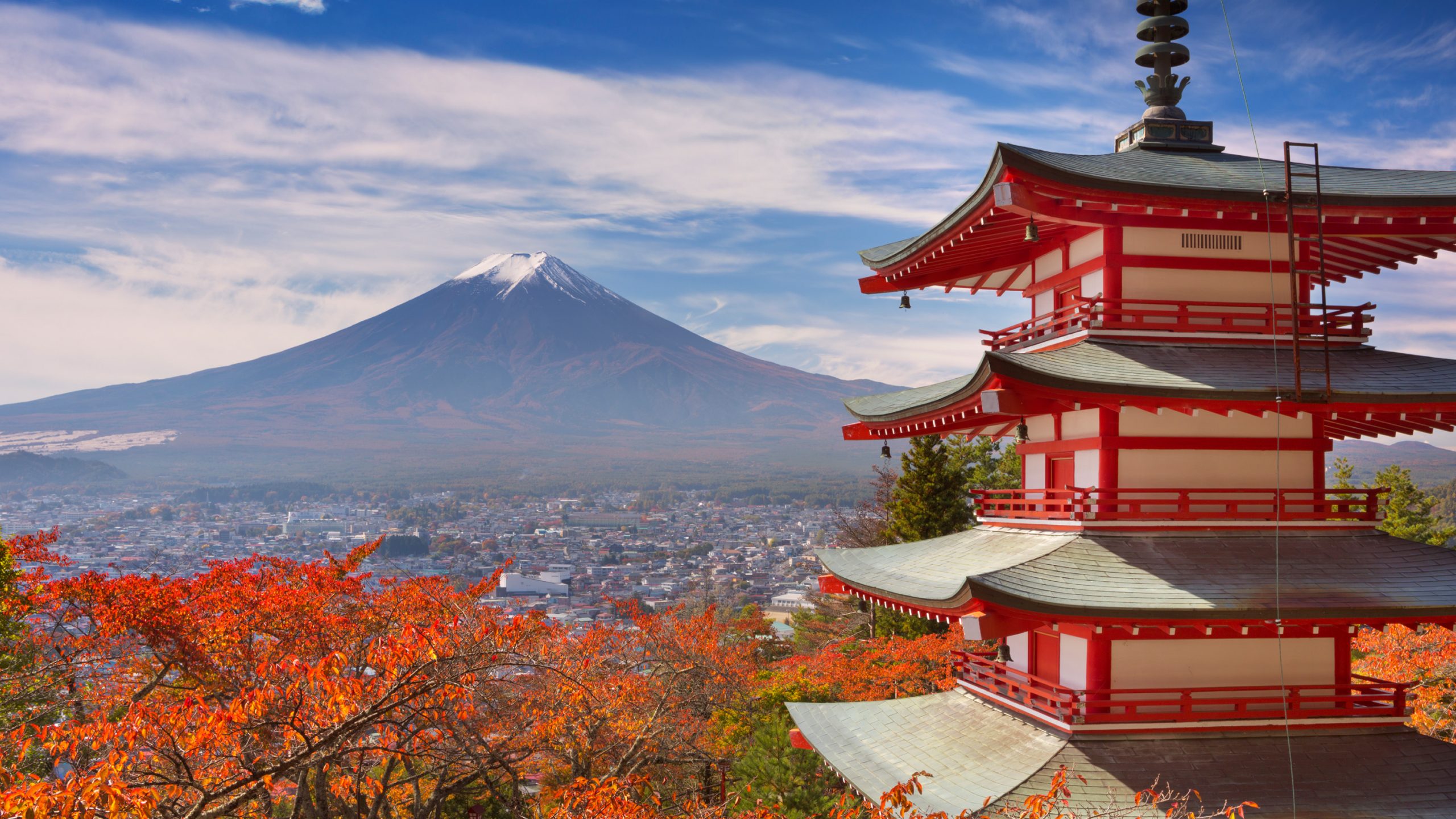 The landscapes of Turkey are diverse, breathtaking, and even a little odd. The fairy chimneys and rock pillars of Cappadocia, as well as the craggy peaks and alpine pastures of the Kaçkar Mountains, are among the best vistas in Asian Anatolia. The frozen waterfalls and stacked pools of Pamukkale (pictured) in the Aegean region guarantee that you’ll never be satisfied with your hotel’s infinity pool again. The Turquoise Coast (or Turkish Riviera) is another excellent option, especially if you’re looking for perfect beaches, mountain views, and a Mediterranean climate. 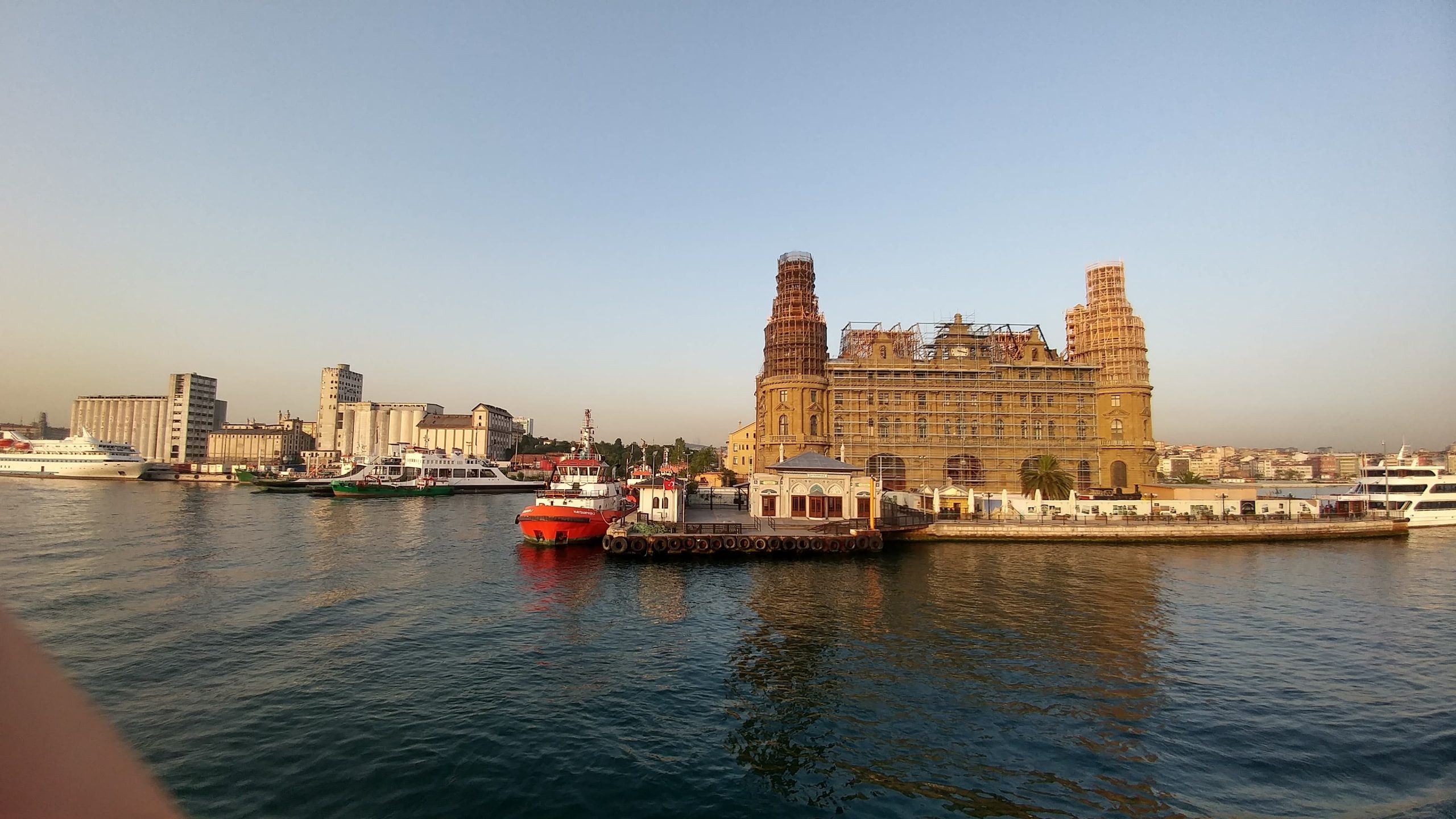 South Africa is one of Africa’s best safari destinations, with places like Kruger National Park providing easy access to the “Big Five” (lion, elephant, buffalo, leopard, and rhinoceros). Are you on the lookout for penguins? Boulders Beach is located about an hour south of Cape Town. The landscapes here, from wildflower-filled Namaqualand to the soaring Drakensberg Mountains to the Blyde River Canyon, are even more diverse than the wildlife. Even in the city of Cape Town, the iconic Table Mountain and Lion’s Head are visible if you look up. 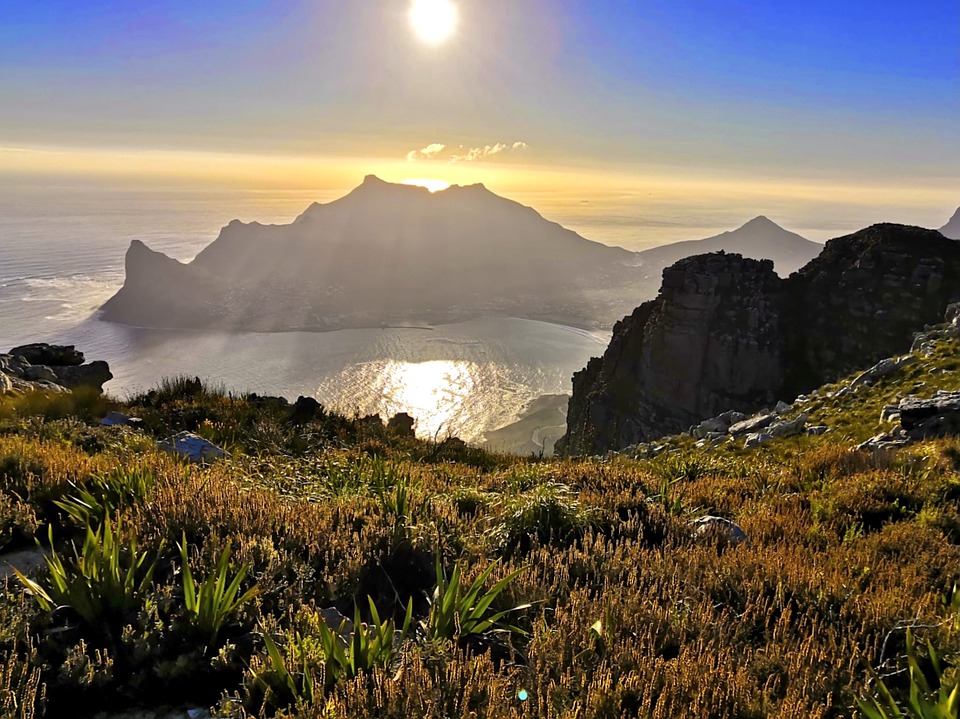 Italy, Iceland, and Canada, unsurprisingly, made the top 20 most beautiful countries of the world, with their diverse natural, cultural, and culinary offerings adding to their long list of fun things to do. Make sure you let us know in the comments below how your trip went and what you liked the most?