These Are The 15 Most Expensive Things in The World

We’re all guilty of buying things we do not need. But while you and I complain about ordering too much junk food to cure our depression, the rich spend millions on completely unnecessary things. Yeah, I can’t relate either. However, curious as we are, it doesn’t hurt to know exactly how stupid expensive things can be – even if we never plan on buying them. Here is our list of the most expensive things in the world. Read on to realise how poor you are.

Rolls Royce is a luxury car brand that already sells premium, expensive vehicles. But with its Boat Tail line, the company really went after that bag. A Rolls Royce Boat Tail is the most expensive car in the world, and currently costs $28 million dollars – roughly upwards of over Rs 200 crore. 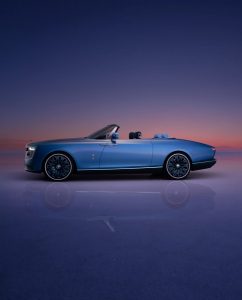 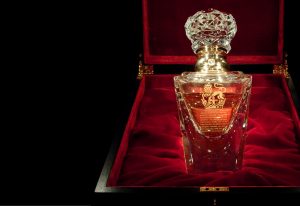 We all knew global warming was going to cost us dearly – but a UK brand went ahead and put a price tag on it. The brand in question, Superlative Luxury, sells the most expensive t-shirt in the world. Apparently, the t-shirt is made from 100% organic cotton, was manufactured using only renewable energy, thus reducing its carbon footprint by 90%. However, the real reason behind the extraordinarily high price is the 16 1-carat diamonds used to create a spherical design on the t-shirt. Phew. Thank God sustainable fashion doesn’t have to cost as much – only if you can let go of the diamonds! 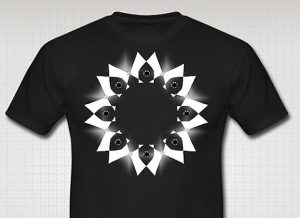 4. The Most Expensive Pen in the World – $8 Million

Remember how as children we absolutely loved flaunting our fancy Parker pens? Sadly, they won’t hold a candle in front of the most expensive pen in the world – Tibaldi’s Fulgor Nocturnus. Tibaldi is an Italian brand that makes pens, and while you don’t necessarily need to shell a few million to own a Tibaldi, the Fulgor Nocturnus is special – for it is studded with some super rare black diamonds. The production of the pen is also inspired by Phi – the golden ratio; the cap of the pen and its barrel are in the extremely specific phi ratio. 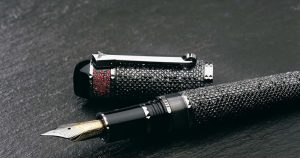 When it comes to the world of art, Leonardo Da Vinci’s name reigns supreme. Da Vinci was a 16th-century Italian polymath painter who more or less defined the renaissance, and it is no surprise that an original Da Vinci would invite big bucks – and invite it did. In 2017, his painting called Salvator Mundi (Latin for Saviour of the World) sold for over $450 million which is such an insane amount that even my currency converter gave up – it translates to over 39 crore Indian rupees. 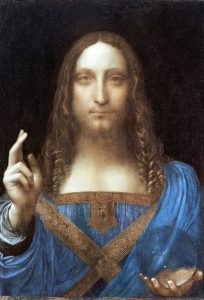 The Japanese Yubari Melon or Yubari King costs around $45000, which roughly translates to over 33 lakh rupees. That really does put your daily bargaining with the fruit seller over apples in some context, huh? 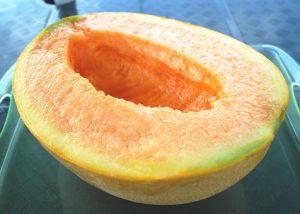 Another Japanese item to make it to our list of the most expensive things in the world is the Pacific Bluefin Tuna – the most expensive fish in the world. Apparently, the fish is used to make the world’s finest sushi – which explains why buyers are willing to buy it for almost three-quarters of a million. However, environmental factors are not as encouraging, as this particular species is reported to be overfished every year, and might disappear altogether in the years to come if consumption isn’t controlled. 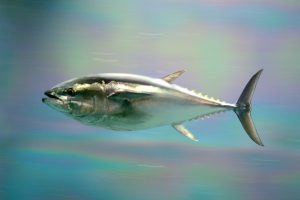 USA’s Las Vegas is known for its casinos, not its subtlety – which is why to our naive eyes Palms Casino Resort’s most expensive room, the Empathy Suite, can almost look like too much. The most expensive hotel room of the world, nonetheless, continues to collect a handsome fee of $100,000 per night, and booking for 2 nights is compulsory – making a stay at least cost you $200,000. 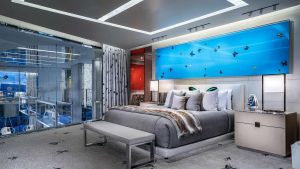 If casino ain’t your thing and you’re more into the whole rugged wilderness thing, you could also pay $105,000 a night to stay in an igloo in the North Pole. Along with this, buyers will also get a two-night stay at Svalbard, a quaint town between Norway and the North Pole. 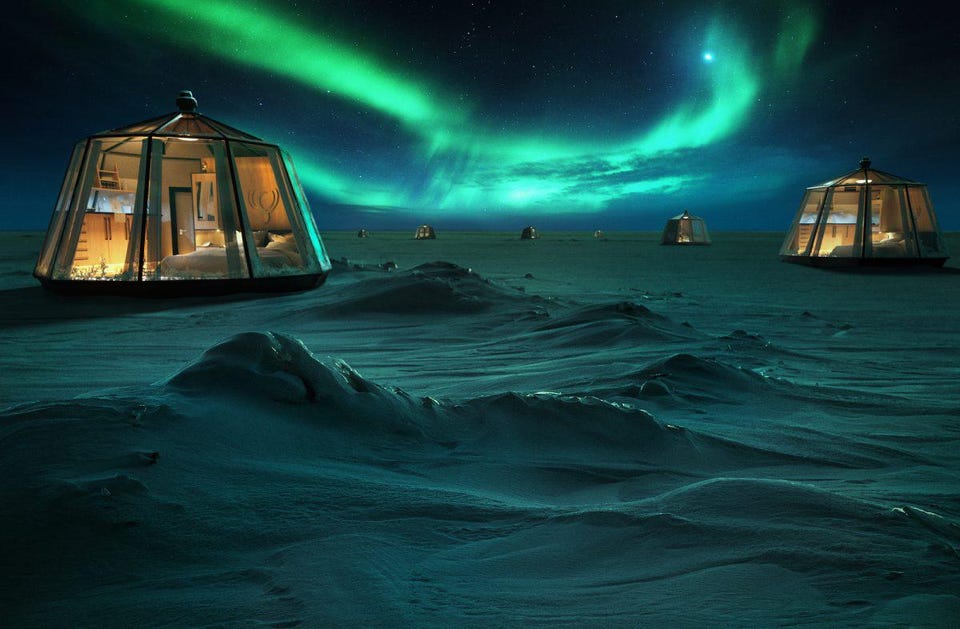 When you imagine fancy food, you’re likely picturing exotic cuisines, dishes with unpronounceable names, something you only eat because it looks good on Instagram. And while most of us would never associate junk food with this category, someone decided to throw tacos in the mix nonetheless. While most of us are happy eating regular $2 tacos, there are some out there who obviously wished to gourmet the shit out of it – which is why this 25000 dollar monstrosity exists. This insanely expensive taco consists of kobe beef, caviar, and truffle cheese. 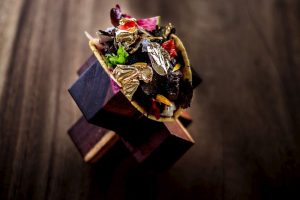 10. The Most Expensive Smartphone in the World – $1.2 Million

Did Apple start making 1 million dollar smartphones? Um, not yet, but going by the inflation rate, I’d say give it a few years. Anyway, the regular smartphone market is completely different from the luxury smartphone market – even though Apple’s products can be ridiculously expensive, they are still far, FAR behind luxury phone brands. While regular smartphones are utilitarian, luxury phones are more about the looks and the cha-ching. These phones are usually made with expensive materials such as gold and diamond, even if the OS is a good two-three years behind. The Diamond Crypto smartphone costs 1.2 million dollars, which is over 9 crore Indian rupees; the smartphone comes with embedded diamonds, and provides premium security to its users with encrypted messages and calls. 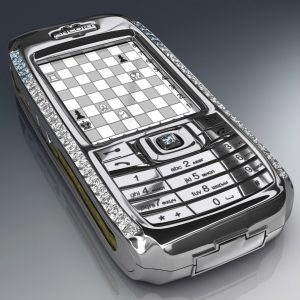 If you have come this far in our list of the most expensive things in the world, you have probably caught the drift: people like flashy things. Even if they do not make sense. The Neiman Marcus Limited Edition Fighter started as a regular bike at a $110,000 starting price – don’t get me wrong, even that is a lot for a bike. However, when the luxury store started the auction, the price ended up getting much higher – 100 times its asking price, to be precise. The Neiman Marcus Limited Edition was sold for $11 million. 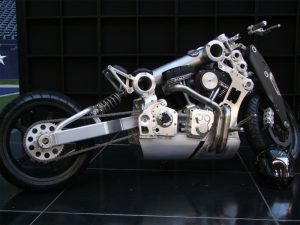 12. The Most Expensive House In The World – $2 billion

We finally have an Indian entry in the list – Antilia, Mukesh Ambani’s private residence in Mumbai, cost him upwards of 2 billion dollars to make. That’s so much money I’m not even going to attempt to convert it to INR. Antilia has 27 storeys, comes with a Helipad, a ballroom, 9 elevators, and a theatre amongst other things. Looks like Mukesh really went for it. While one does feel proud looking at this exorbitantly priced property in our list of the most expensive things in the world, take it with a pinch of salt. Over 1.7 million people are homeless in India. 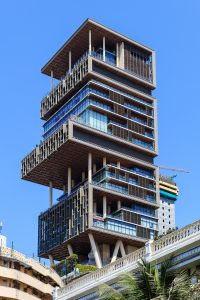 There’s a running joke in the commonwealth – if Britain were to return everything it stole from its colonies, all of its museums would stand empty. Much myth and mystery is associated with the Koh-i-Noor, but it is believed to have been mined in India around the 14th century and was most certainly stolen from the country and presented to the British at some point. However, legend has it that bloodshed occurs every time it is worn by a male member of the royal family – which is why only women are allowed to wear it. Its last wearer was Queen Elizabeth II herself – as it was part of her crown during her coronation in 1957. However, it now sits on display in the Jewel House at the Tower of London. While the price of the Koh-i-Noor is unknown, it is estimated to be somewhere upwards of $10 billion. 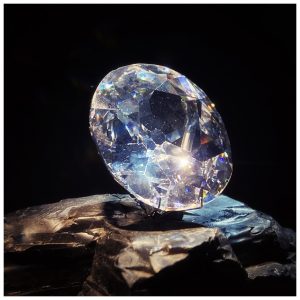 By now, you probably already understand that rich people like expensive things – it really doesn’t have to make sense. This is why this bag by Maison Boarini Milanesi, an Italian luxury brand, costs upwards of 7 million dollars. Apparently, the makers wanted to raise awareness about the need to protect our oceans. Ironically, though, the bag is made with Alligator skin. The bag is adorned with diamonds and sapphires. 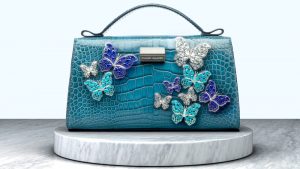 If like me, you also think smartphones have made wristwatches obscure, think again. Wristwatches are not going out of fashion any time soon, it seems, for in 2019, Swiss luxury clock and watches manufacturer, Patek Phillipe, sold its most expensive watch so far – the Grandmaster chime – at an astounding price of $31 million! The Swiss company had designed the watch to mark its 175th anniversary back in 2014. 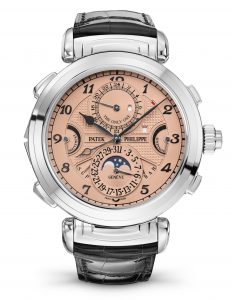