Over the years, Twitter has earned itself a bit of a bad name. The platform has witnessed rabid internet fights, not only between the average Tom, Dick, and Harry, but even between people with millions of followers on the platform. While Twitter can be a stressful space to be in, it is also a useful tool in times of emergencies, as proved by the countless threads of medical leads shared by volunteers when India faced its 2nd wave of the covid pandemic. Twitter also serves as a platform that lets people voice their opinion, no matter how uncomfortable it may be for others to listen to. For that, Twitter continues to be one of the most popular social media sites, and despite the toxicity associated with it, is an effective platform to exercise one’s freedom of speech. Here is the list of the 10 most followed Indians on Twitter (as updated in January 2022).

Narendra Damodardas Modi is the current Prime Minister of India. Modi joined Twitter in 2009, recognising the potential for social media to reach a young, tech-savvy audience. He has used social media extensively to promote himself and his party while campaigning for elections, and needless to say, it has bode him well. At over 68 million followers, Narendra Modi is the most followed world leader on the platform, and the most followed Indian over all. 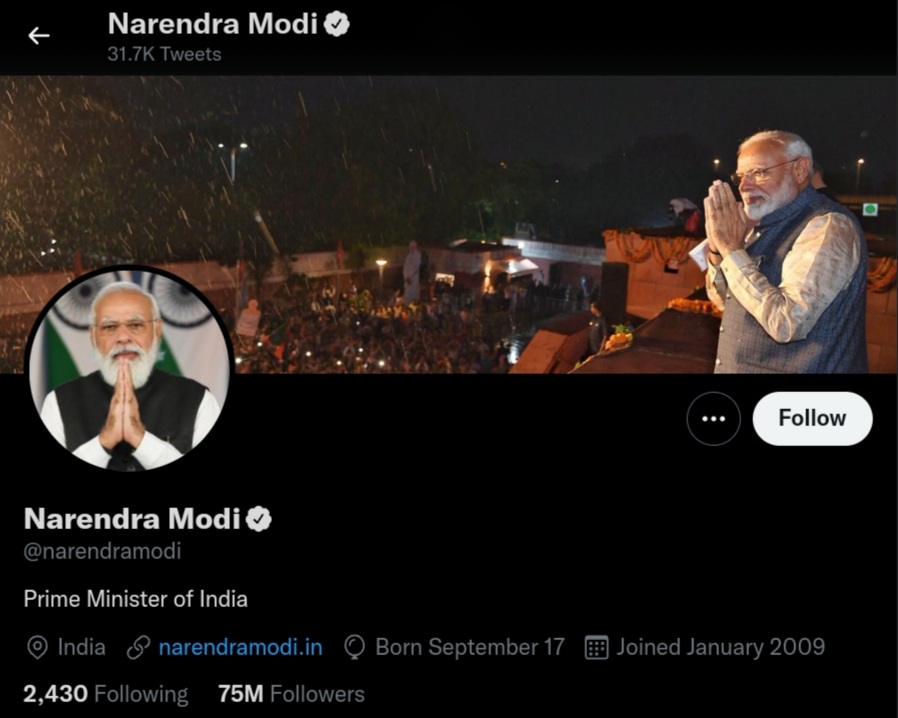 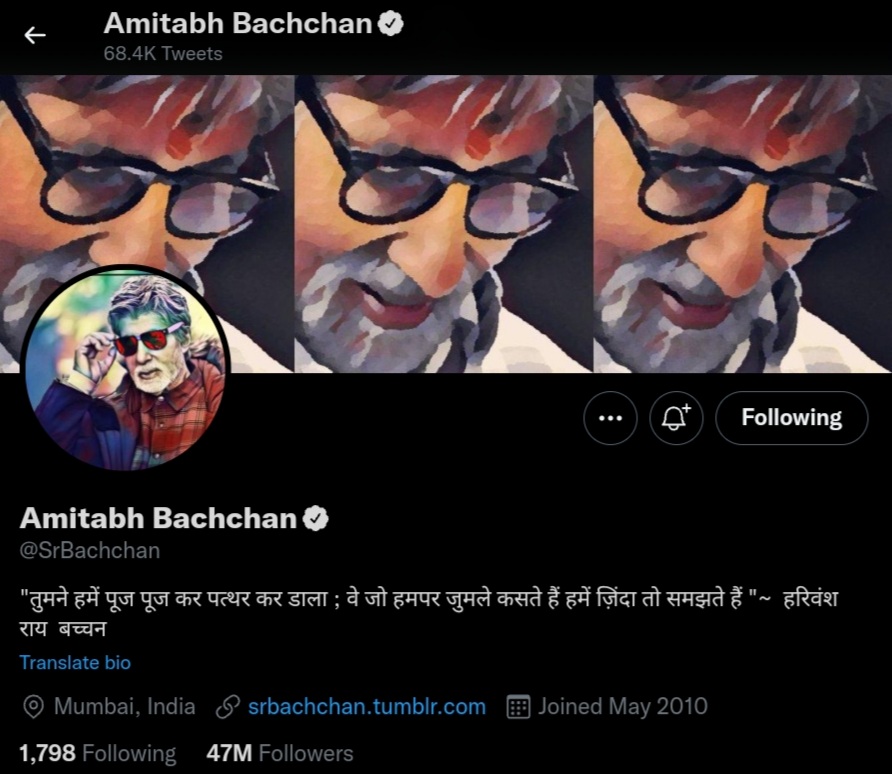 With more and more people tuning in to Twitter to receive their daily news (at least I do), Twitter has become an efficient tool for government machineries to reach out to the public using the platform. PMO India provides daily updates on the various undertakings of the Modi government, and is followed by over 42 million people. 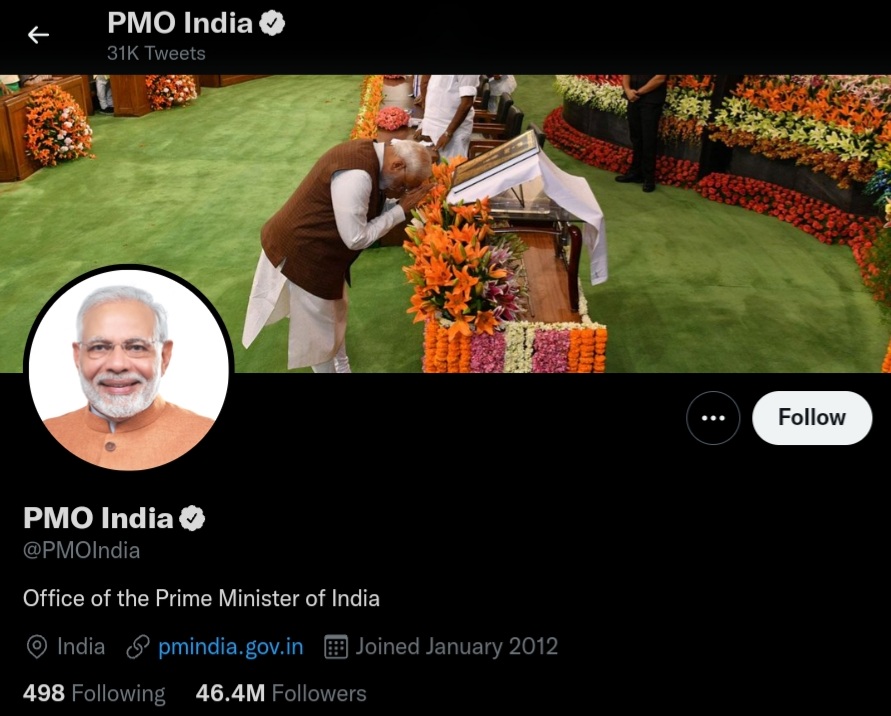 As the captain of the Indian National Cricket Team and as one of the highest ranked batsmen in the world, Virat Kohli has, needless to say, swarms and swarms of fans. Currently, Kohli has over 42 million followers, making him one of the most followed Indians on Twitter. 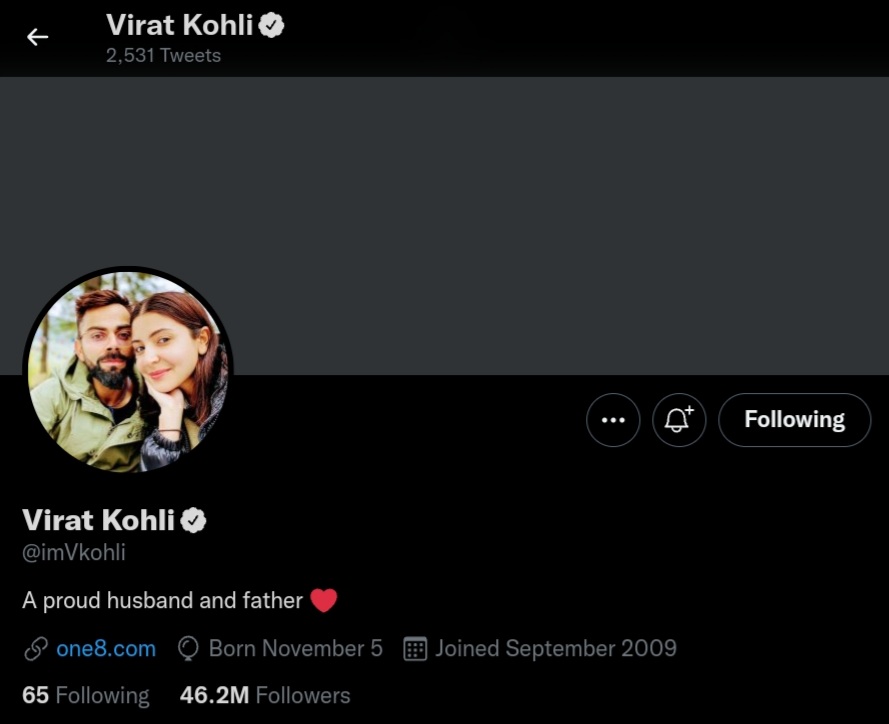 To say that the 2010s was the decade for Akshay Kumar’s career would be an understatement. Kumar made headlines as the leading action hero of Bollywood in the 1990s. However, his career lost momentum with the turn of the century, and other than a few good movies here and there, Kumar had a string of box office failures in the 2000s. However, the 2010s proved to be a much kinder decade to the actor, and he has continuously delivered hit after hit, and has enjoyed much success with his social issues movies. Currently, Kumar has over 41 million Twitter followers. 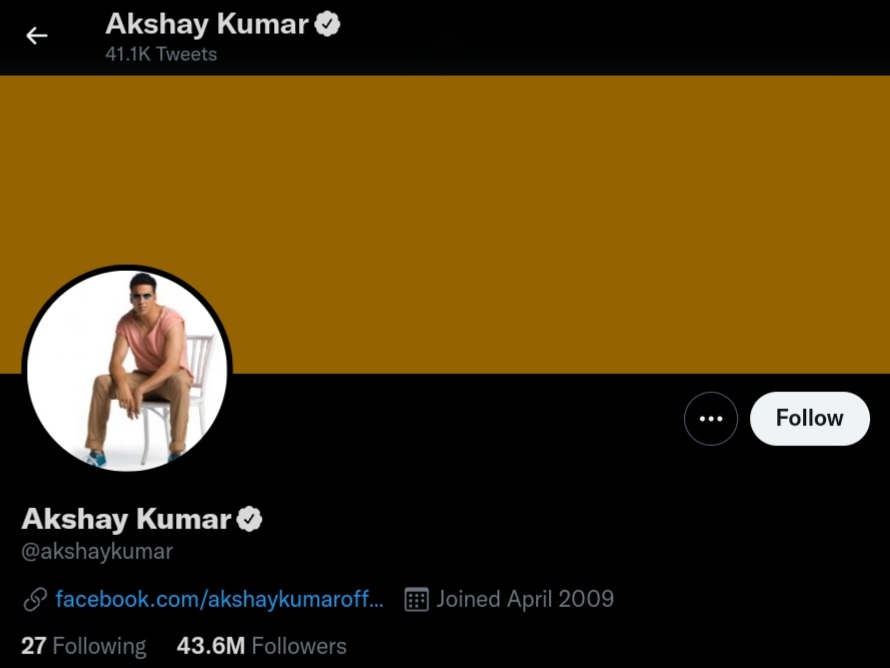 Without doubt, Salman Khan enjoys the most loyal fan base in Bollywood. Over the years, Khan has enjoyed an ever increasing bevy of adoring fans and has developed his own niche of masala movies that are more or less an extension of his own projected personality. In any case, Salman Khan enjoys an enviable following, and currently has over 42 million followers on Twitter. 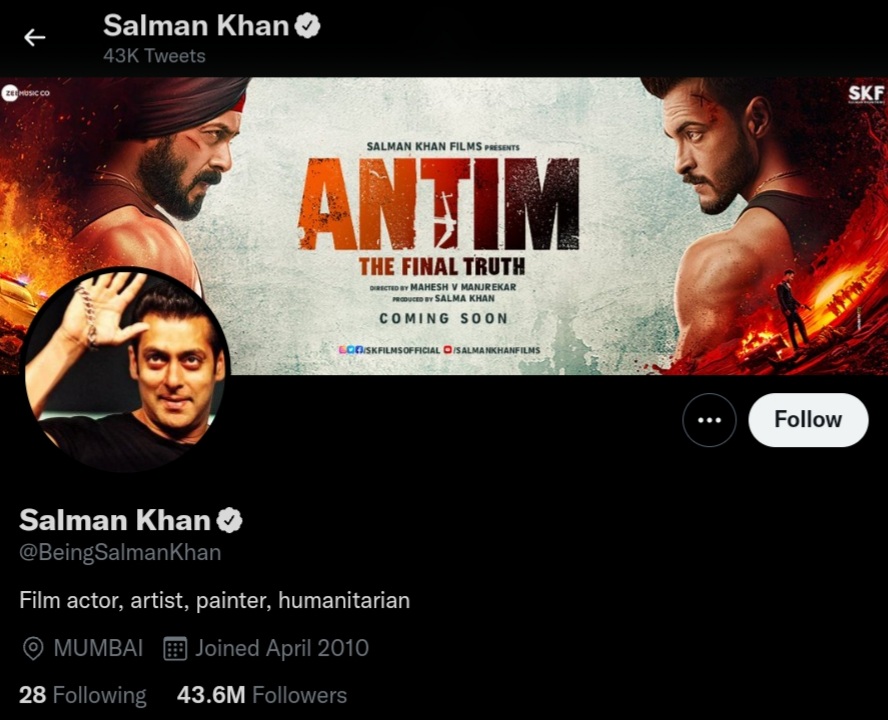 Dubbed as the “King of Bollywood” Shah Rukh Khan has enjoyed an illustrious career as one of the most popular Indian actors, with a career spanning several decades. It would be, in fact, difficult to find an Indian who has not had a minor obsession with Shah Rukh’s movies at some point in their life. Despite a few career setbacks in the last couple of years, he still enjoys a sizeable fan following, and has over 41 million followers on Twitter. 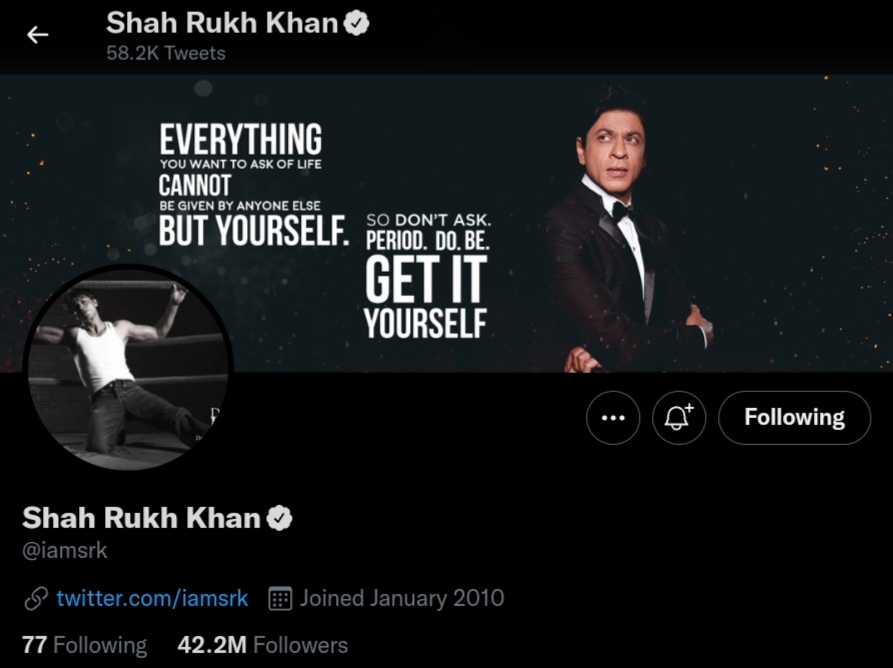 Often referred to as the “God of Cricket”, Sachin Tendulkar is a former Indian International cricketer who enjoyed an illustrious cricketer spanning over two decades. He is considered one of the greatest ever batsmen in international cricket, and holds various records to his name. Currently, Sachin has over 35 million followers on Twitter. 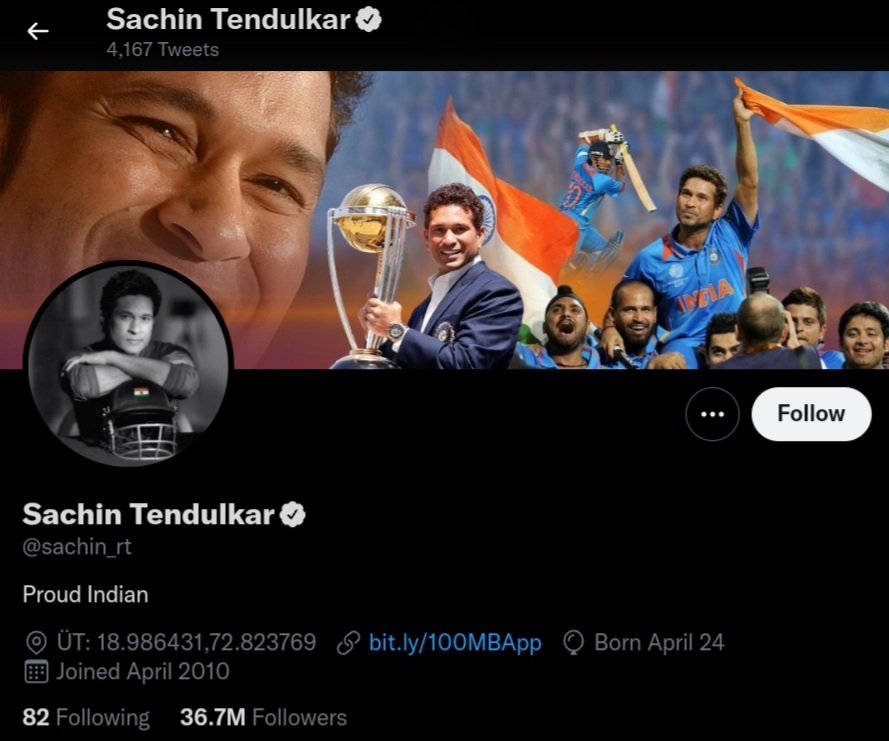 With his Greek God looks and killer dance moves, Hrithik Roshan stands apart from the Khans and Kapoors based just on his versatility and refusal to stick to a particular niche. Over the years, Roshan has delivered some truly applause-worthy performances, much to the chagrin of people who tend to see the world through nepotism-coloured glasses. Currently, Hrithik has over 30 million followers on Twitter, and is thus one of the most followed Indians on Twitter. 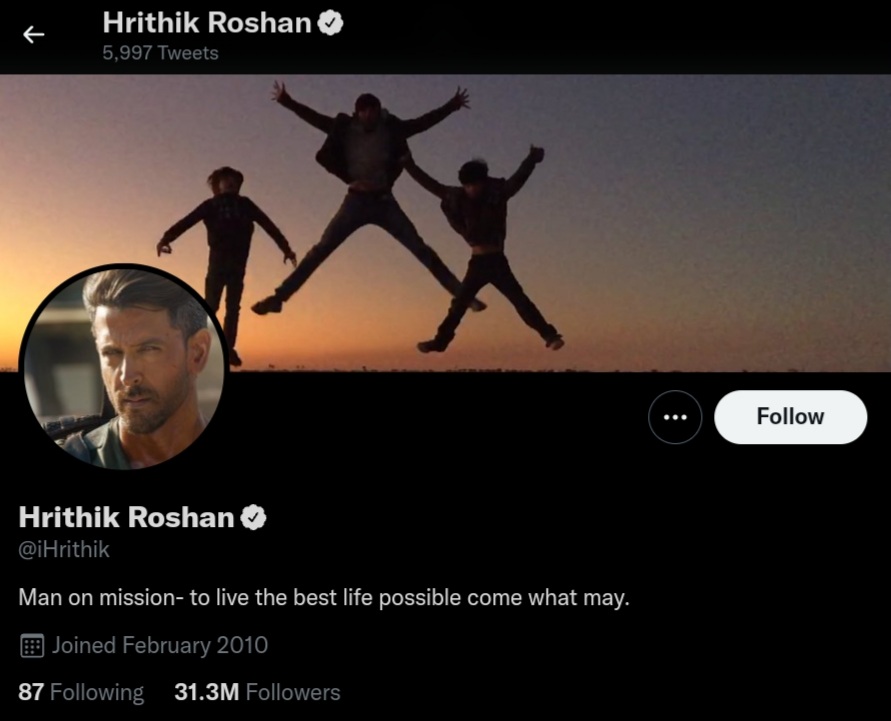 To say that Deepika Padukone enjoyed one of the most successful Bollywood debuts in recent history would be a bit of an understatement. Deepika’s first Bollywood movie, Om Shanti Om, came out in 2007 and was the highest grossing movie of the year. While her career has seen its ups and downs, Deepika has, time and again, proved herself a skilled and talented actress, and is the only Indian actress on this list. Currently, Deepika has over 27 million followers on Twitter. 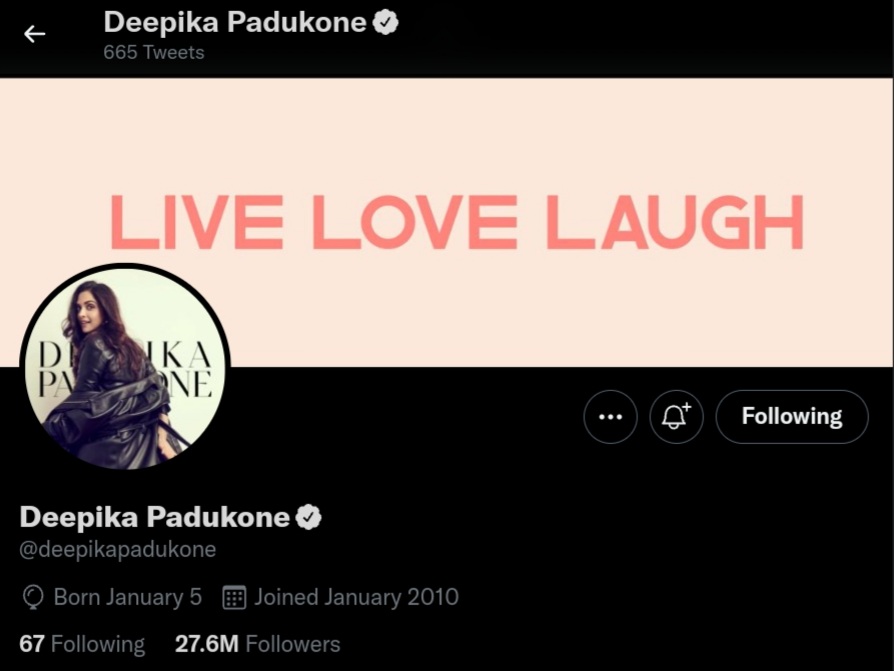 Effect of Bitcoin on the Future of Lenovo market