Sacred Games, the first Netflix Original from India, debuted with a 100% “Fresh” rating on Rotten Tomatoes. Based on the best selling novel by Vikram Seth, its complexity is a definitive coming-of-age for Indian shows. The performances, screenplay, script and dialogues from Sacred Games have become a rage on the internet since the release of this series.

Revolving around an underperforming police officer (Saif Ali Khan) and an infamous gangster (Nawazuddin Siddiqui) Sacred Games is an extremely intense crime-thriller. The series was received equally well by the critics and the audiences. Spanning over a period of two seasons, the series follows the story of Ganesh Gaitonde (Nawazuddin Siddiqui) as police officer Sartaj Singh (Saif Ali Khan) works to save the city within 25 days in an intense Crime thriller.

With terrific performances by some of the most talented actors, the show has delivered some of the most haw-w-inspiring dialogues to date. The dialogues from Sacred Games has become a favorite of netizens, memers, twitteratis and online audiences. Bold, powerful and unapologetic, these sacred games dialogues hit you strong with bitter realities of life and the world!

Here is a list of the 10 most intense dialogues from Sacred Games. 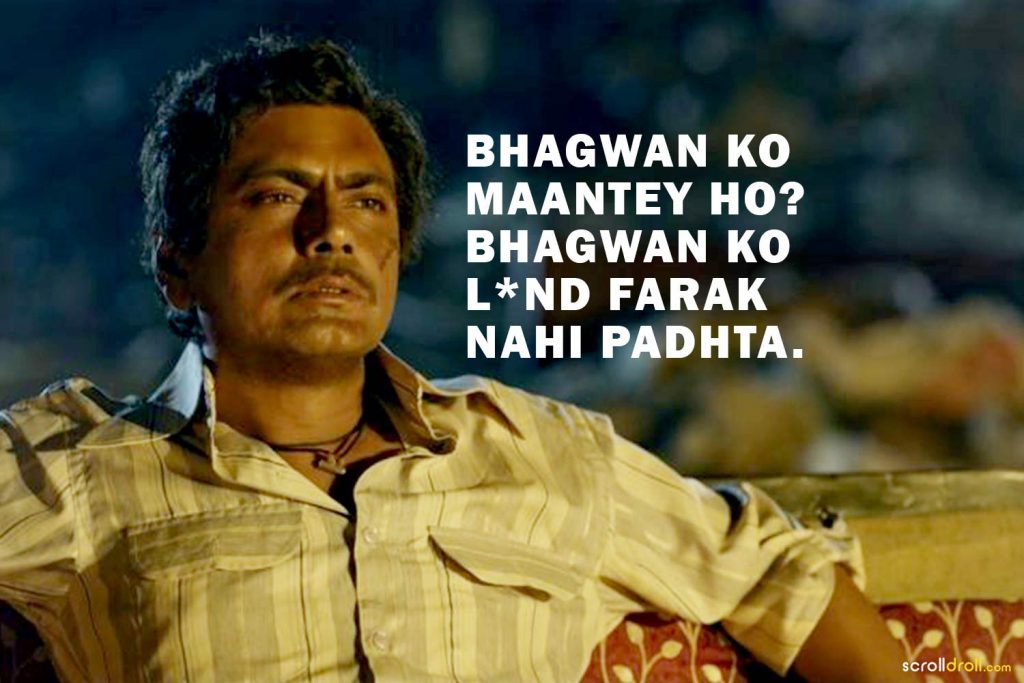 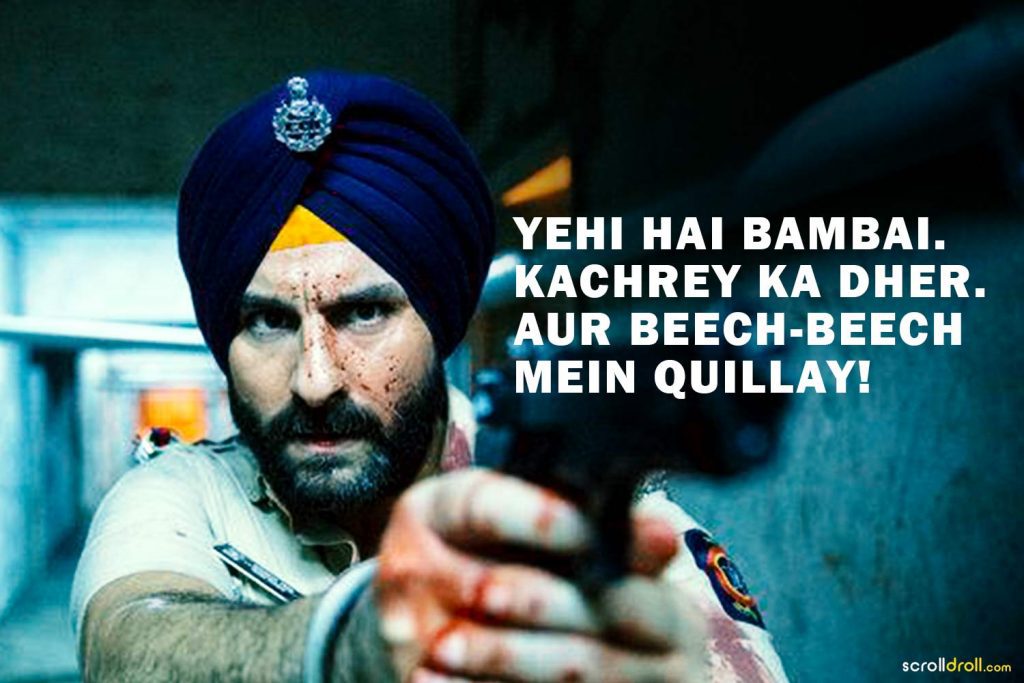 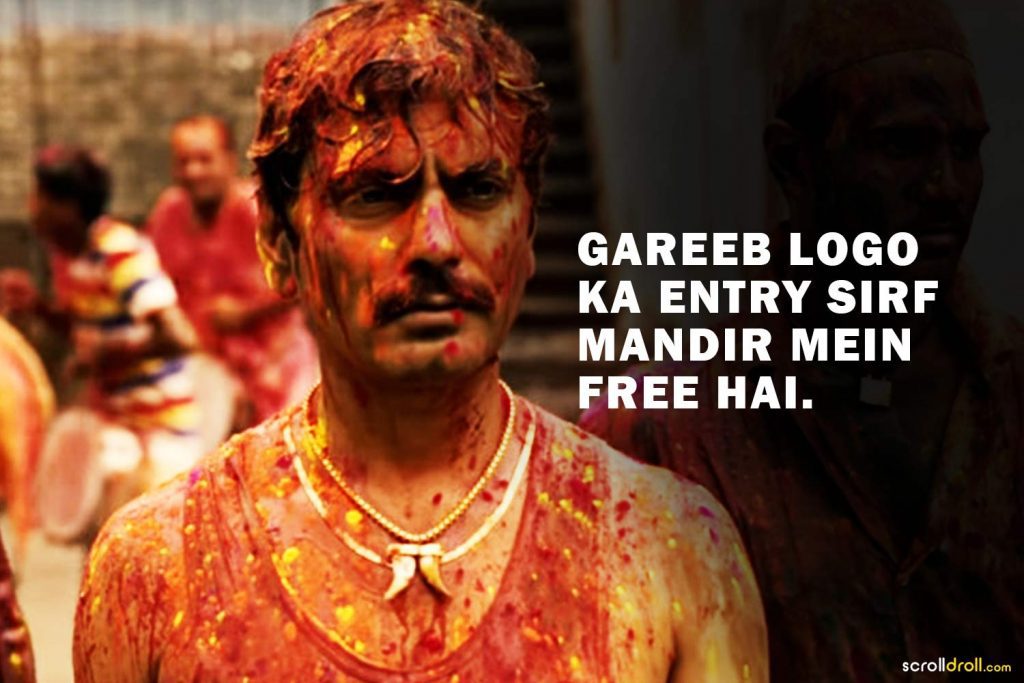 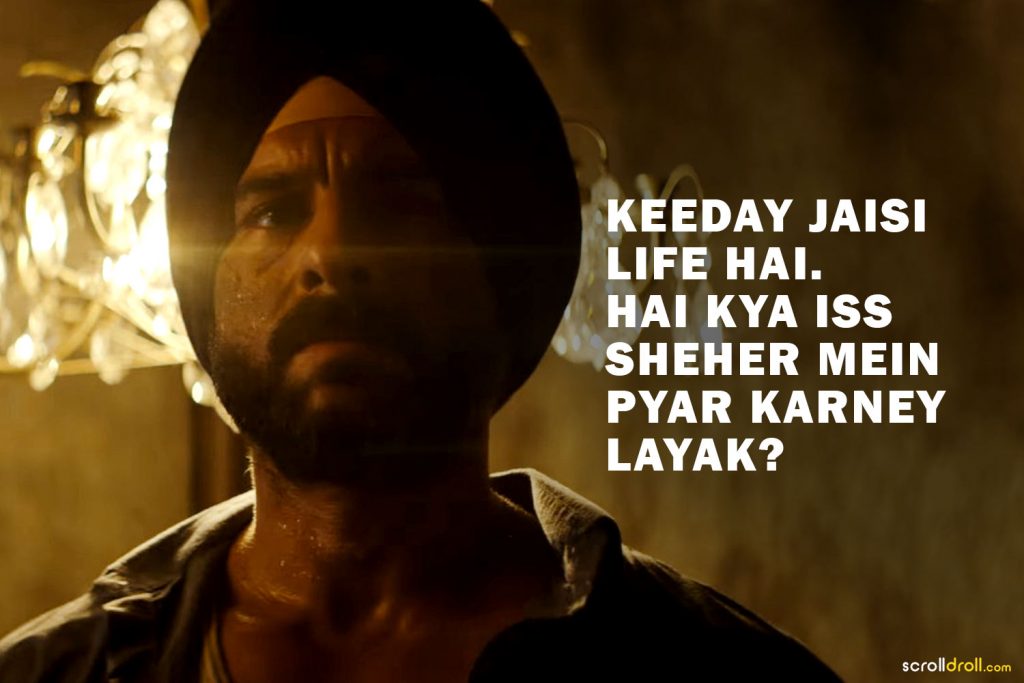 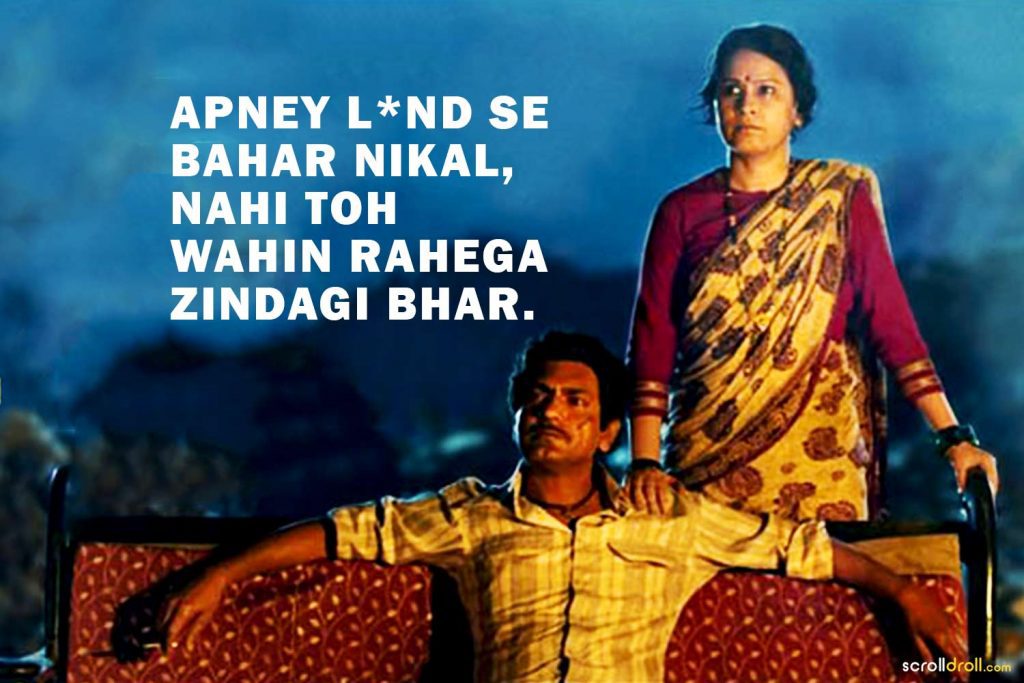 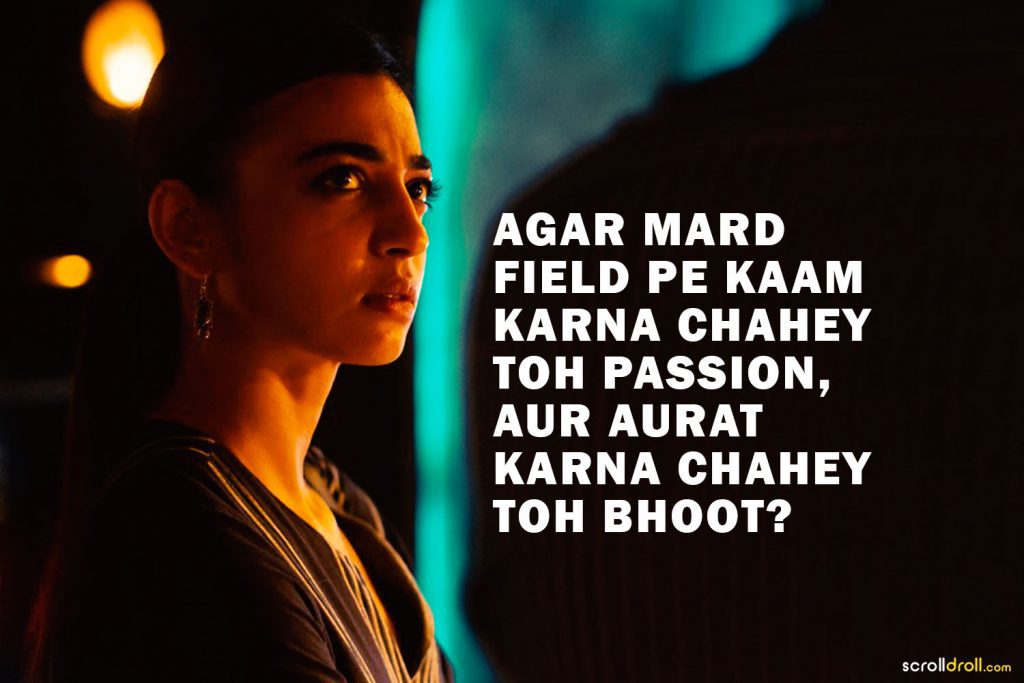 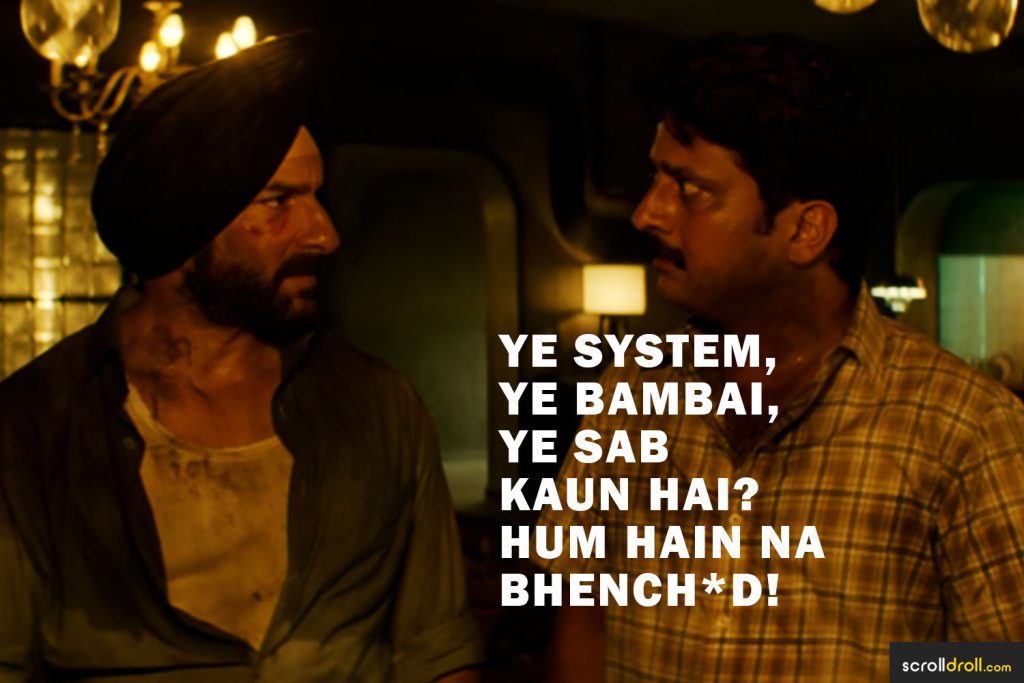 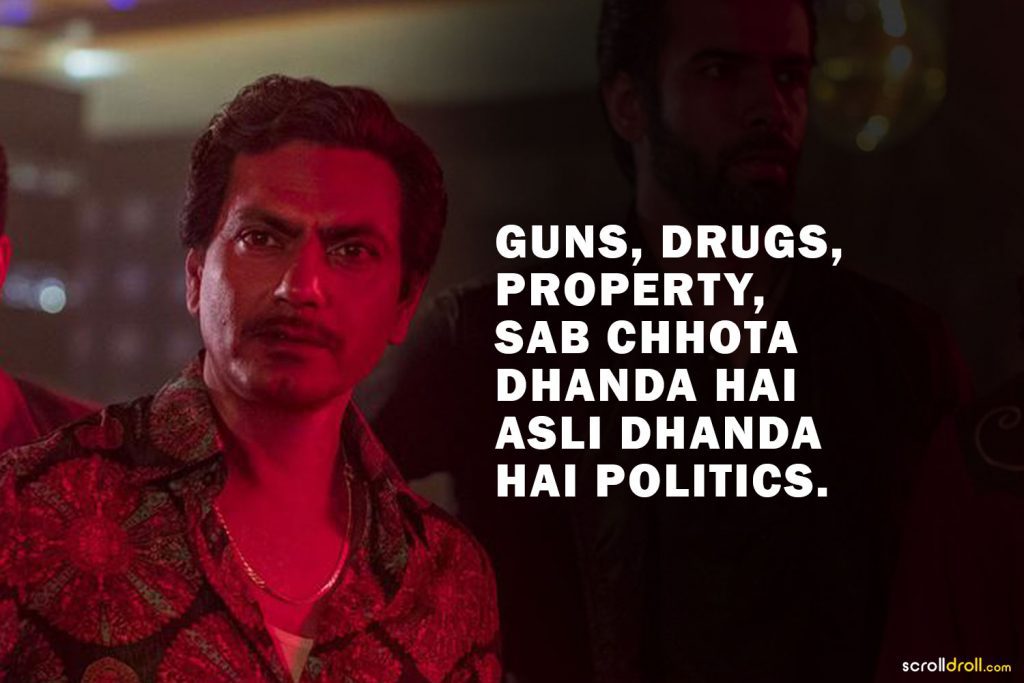 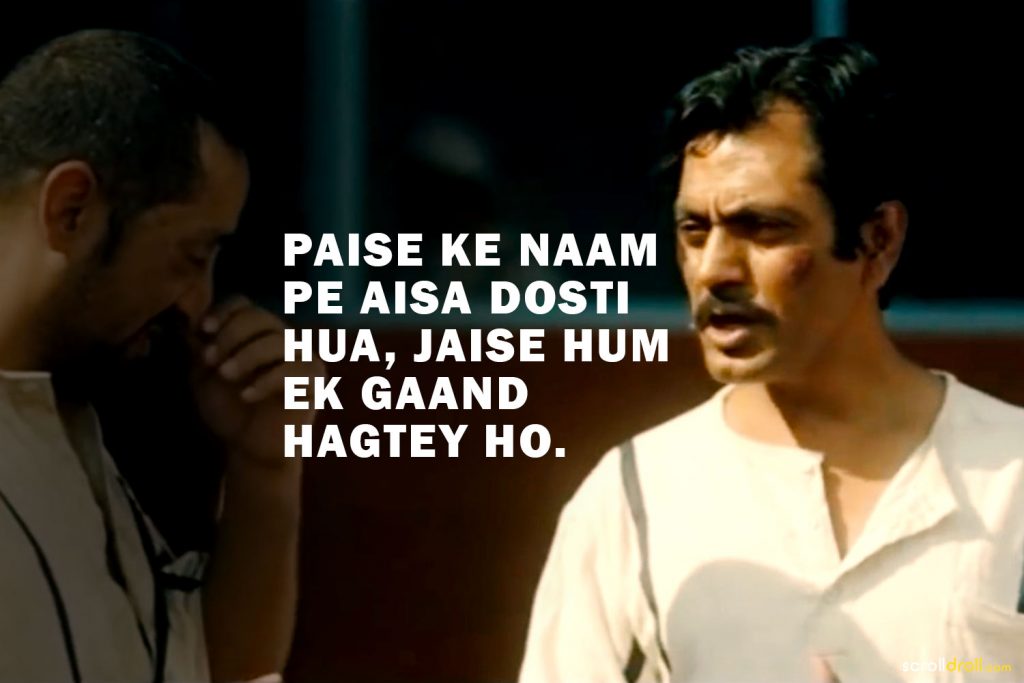 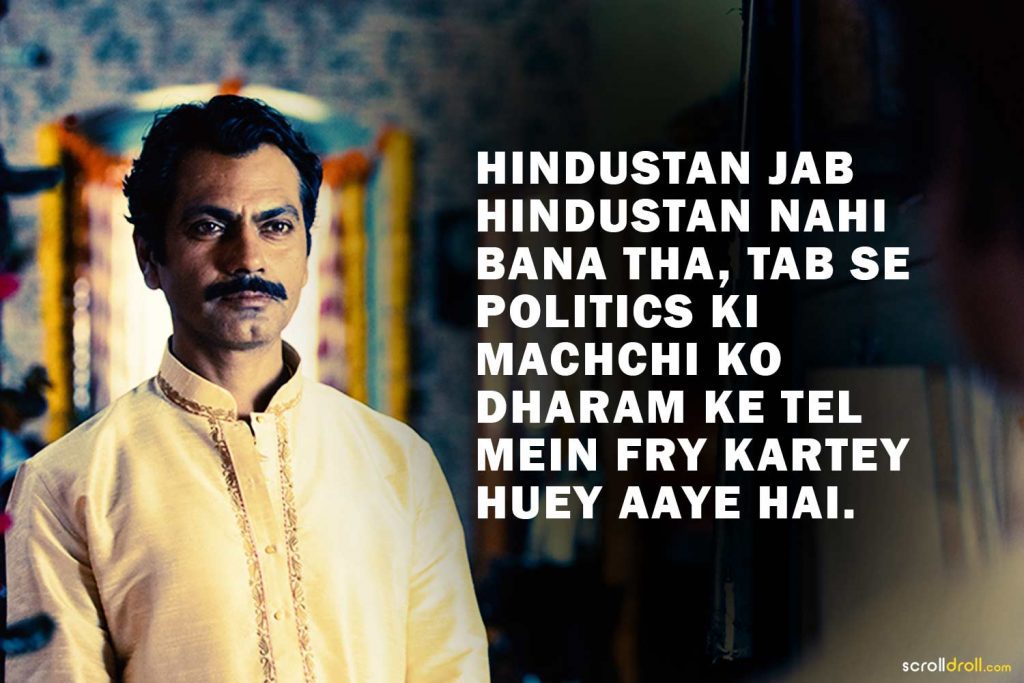 From Ashwathama to Yayati, the 8 episodes of Sacred Games Season 1are titled very appropriately. The ideas and concepts that have used as episode titles are rooted in the vast Indian mythology and traditions. It adds a very subtle extra layer of mysticism and meaning to the show. It’s literally, super awesome. We’d love to hear your opinions on the comment section below.

Did we miss other powerful dialogues from Sacred Games? Do let us in the comments below and we will add it to this list!