10 Most Popular Bollywood Actresses in 2023 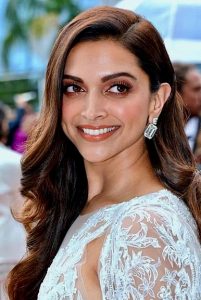 One of the most popular Bollywood actresses in 2022 is Deepika Padukone. She was the daughter of badminton player “Mr Prakash Padukone” and was born on January 5, 1986. She is one of India’s highest-paid actresses and has won three Filmfare Awards. She is listed among the most well-known people in the country, and Time named her one of the top 100 world influencers in 2018.

For the action movie Pathan, produced by Yash Raj Films, Padukone will next work with Shah Rukh Khan. She will star opposite Prabhas in a science fiction movie that the director Nag Ashwin has yet to name, as well as star in and produce a remake of the American comedy movie The Intern. She will co-star with Hrithik Roshan in Siddharth Anand’s action movie Fighter and play Draupadi in a film adaptation of the Mahabharata from her point of view, which she will also produce.

The Live Love Laugh Foundation, which raises awareness of mental health in India, was founded by Padukone. She is outspoken about topics like feminism and depression, performs on stage, has written newspaper columns, created her own line of women’s clothing, and is a well-known celebrity endorser for goods and brands. Ranveer Singh, a frequent co-star of Padukone’s, is her husband. 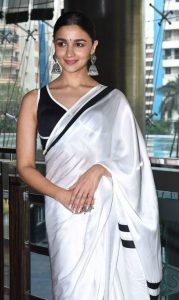 Actress Alia Bhatt was born in Britain on March 15, 1993 She is well-known for her work in Hindi-language movies and has won a number of awards, including four Filmfare Awards. She is one of the highest-paid popular Bollywood actresses in India and has been included in Forbes Asia’s 30 Under 30 list since 2017 as well as Forbes India’s Celebrity 100 list since 2014.

She is the Bhatt family’s first-born child and the daughter of actor Soni Razdan and director Mahesh Bhatt. She made her acting debut as a young child in the 1999 thriller Sangharsh before landing her first major role in the teen drama Student of the Year by Karan Johar (2012). She became known for her leading roles in several films made by Johar’s studio Dharma Productions, including the romances 2 States (2014), Humpty Sharma Ki Dulhania (2014), and Badrinath Ki Dulhania (2017); and the coming-of-age drama Dear Zindagi. She won the Filmfare Critics Award for Best Actress for her performance as a kidnapping victim in the road drama Highway (2014).

For her roles as a Bihari immigrant in the crime drama Udta Punjab (2016), an undercover spy in the thriller Raazi (2018), and the volatile girlfriend of an aspiring rapper in the musical drama Gully Boy, Bhatt won three Filmfare Awards for Best Actress (2019). She received praise for playing the lead role in Gangubai Kathiawadi after two films with poor reviews (2022). She recently got married to Ranbir Kapoor. 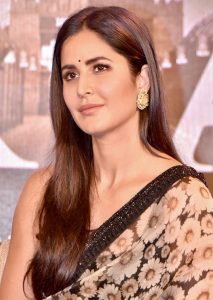 British actress Katrina Kaif, who was born Katrina Turquotte on July 16, 1983, performs in Hindi-language movies. She is one of the popular Bollywood actresses in India and has won honours like four Screen Awards, three Filmfare nominations, and four Zee Cine Awards. She has received mixed reviews for her acting, but she is renowned for her dancing in a number of popular item numbers.

Kaif received better reviews for her roles in the comedies Mere Brother Ki Dulhan (2011) and the thriller New York (2009), which led to nominations for the Filmfare Award for Best Actress. During this time, she appeared in the films Ajab Prem Ki Ghazab Kahani (2009), Raajneeti (2010), and Zindagi Na Milegi Dobara (2011). She also had significant commercial success with the action thrillers Ek Tha Tiger (2012), Dhoom 3 (2013), and Bang Bang! (2014), which are all among the highest-grossing Indian movies.

Kaif will star alongside Siddhant Chaturvedi and Ishaan Khatter in the comedy-horror film Phone Bhoot, which is scheduled for release in July 2022. As of 2021, she is currently filming Sriram Raghavan’s Merry Christmas with Vijay Sethupathi and Tiger 3, the third instalment in the Tiger franchise. She has also agreed to appear in Jee Le Zaraa, directed by Farhan Akhtar, alongside Priyanka Chopra and Alia Bhatt.

Kaif frequently appears in media lists of India’s most well-known and attractive celebrities. She launched her cosmetic line, Kay Beauty, in 2019. She frequently endorses brands. Vicky Kaushal, an actor, is Kaif’s husband. 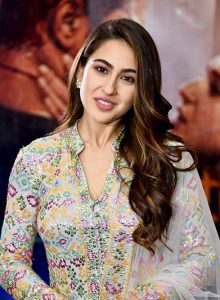 An Indian actress who appears in Hindi films, Sara Ali Khan Pataudi was born on August 12, 1995. She is the daughter of actors Amrita Singh and Saif Ali Khan and was raised in the Pataudi family. With the 2018 movies Kedarnath and Simmba, Khan launched her acting career after graduating from Columbia University. She won the Filmfare Award for Best Female Debut for the first of her two commercially successful movies.

Khan made her acting debut in 2018’s Kedarnath, a love story starring Sushant Singh Rajput as a Muslim porter and a Hindu girl who falls in love. Khan worked with Rajput to expand her vocabulary in Hindi in order to prepare for her role. Khan appeared in the Aanand L. Rai drama Atrangi Re in 2021, which debuted on Disney+ Hotstar after a number of delays because of the nationwide pandemic lockdown. In Laxman Utekar’s upcoming, as-yet-untitled film, Khan will co-star with Vicky Kaushal. She will also co-star with Vikrant Massey in the film Gaslight. 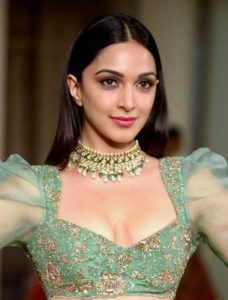 Alia Advani, also known professionally as Kiara Advani, was born on July 31, 1992, and is an Indian actress who primarily appears in Hindi and Telugu movies. In the sports biopic M.S. Dhoni: The Untold Story, she played a supporting role as MS Dhoni’s wife after making her acting debut in the comedy Fugly (2014). She received praise for her performance as a sexually dissatisfied wife in the Netflix anthology movie Lust Stories (2018) and for her role as the lead actress in the political thriller Bharat Ane Nenu (2018).

Advani gained more recognition for his roles in the comedies Good Newz and the romantic drama Kabir Singh, two of the highest-grossing Hindi movies of 2019. Her roles in the movies Shershaah (2021) and Bhool Bhulaiyaa 2 continued her career-long success. Advani’s upcoming roles include those in the romantic comedy Govinda Naam Mera, which also stars Vicky Kaushal, and an untitled Telugu movie with Ram Charan that was directed by S. Shankar. 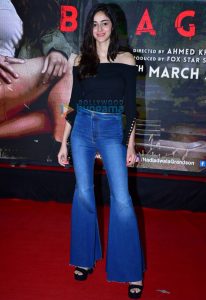 Ananya Panday, an Indian actress who appears in Hindi films, was born on October 30, 1998. She started her acting career in 2019 with parts in the comedies Pati Patni Aur Woh and the teen drama Student of the Year 2. She is the daughter of actor Chunky Panday. She won the Filmfare Award for Best Female Debut thanks to these performances. Since then, she has acted in the love story Gehraiyaan (2022). The next action movie starring Panday and Vijay Deverakonda is Puri Jagannadh’s bilingual Hindi and Telugu production, Liger. She will also be seen with Chaturvedi and Adarsh Gourav in the coming-of-age movie Kho Gaye Hum Kahan. 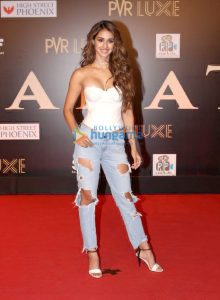 Indian actress Disha Patani primarily appears in Hindi-language movies. She made her acting debut in the 2015 Telugu film Loafer with Varun Tej, and she rose to fame for her work in the sports biopic M.S. Dhoni: The Untold Story (2016). She then appeared in the financially lucrative Hindi films Baaghi 2 (2018) and Bharat, as well as the Chinese action-comedy Kung Fu Yoga (2017). (2019). Along with Tara Sutaria, Arjun Kapoor, and John Abraham, Patani finished filming Mohit Suri’s Ek Villain Returns, and she also finished filming for her role in Karan Johar’s Yodha opposite Sidharth Malhotra. She also stars as the female lead in the film KTina, directed by Ekta Kapoor. 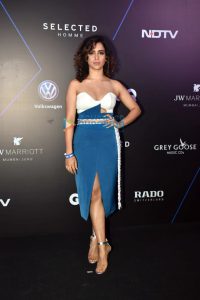 Sanya Malhotra, an Indian actress who appears in Hindi films, was born on February 25, 1992. She began her career with supporting parts in the comedy Badhaai Ho (2018) and the biographical sports film Dangal (2016), both of which are among the highest-grossing Indian movies. For her parts in the drama Photograph (2019) and the black comedy Ludo (2020), Malhotra was nominated for the Filmfare Critics Award for Best Actress. She also received praise for her performances in Shakuntala Devi (2020) and Pagglait (2021). 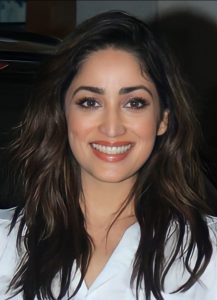 Yami Gautam Dhar, an Indian actress who was born on November 28, 1988, is best known for her work in Hindi movies. She gained notoriety among popular Bollywood actresses after appearing in some Glow & Lovely commercials. She started her acting career in television series before moving on to South Indian movies and eventually Bollywood.

As a result of her early success in TV series like Chand Ke Paar Chalo (2008–2009) and Yeh Pyar Na Hoga Kam (2009–2010), Gautam went on to star in a number of Malayalam, Tamil, and Telugu films. Her critically acclaimed debut performance in a Hindi film came in Vicky Donor (2012), a satirical rom-com that was both critically and commercially successful.

Alongside Abhishek Bachchan and Nimrat Kaur, Gautam started filming for the social comedy Dasvi in February 2021. The movie is being made by Dinesh Vijan’s Maddock Films and Jio Studios. She has also agreed to play the lead in the untitled social drama by Anirudha Roy Chowdhary. and will also be seen in Oh My God 2 (OMG 2). 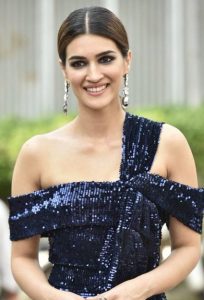 Indian actress Kriti Sanon (born July 27, 1990) primarily plays roles in Hindi-language movies. In 2014, she made her acting debut in the psychological suspense film Nenokkadine in Telugu. Sanon’s portrayal in the 2014 action movie Heropanti—her first venture into Hindi film—earned her the Filmfare Award for Best Female Debut.

Since then, Sanon has starred in the critically acclaimed romantic comedies Bareilly Ki Barfi (2017) and Luka Chuppi (2019). Her highest-grossing films to date have been the ensemble comedies Dilwale (2015) and Housefull 4 (2019). She won acclaim for her performance as the surrogate mother in Mimi in 2021.

In Vikas Bahl’s action movie Ganapath and Varun Dhawan’s horror-comedy Bhediya, Sanon will reteam with Tiger Shroff. In the 2023 film Adipurush, directed by Om Raut and starring Prabhas and Saif Ali Khan, she will play Sita. Additionally, she will collaborate once more with Kartik Aaryan in Shehzada, a Telugu-language film remake of Ala Vaikunthapurramuloo. She will also play the lead role in Anurag Kashyap’s Kill Bill adaptation in Hindi.

Sanon was included in the 2019 Forbes India Celebrity 100 list among other popular Bollywood actresses. She also debuted her own clothing line and is a spokesperson for a number of companies and goods.

The Bollywood actresses on this list are ranked according to how well-known they are both domestically and abroad. So take a look at this list, and feel free to comment with your thoughts.