10 Most Popular Hollywood Actresses in 2022

Hollywood actresses are known worldwide for their acting, their skills, glamour, work ethics and beauty. They have impressed moviegoers internationally with their incredible performances in diverse films that encompass their talents in different ways. Here is our list of the most popular and sought-after Hollywood actresses that we think you should know about, if not check out their filmographies (which you definitely should, by the way).

Actress and singer Zendaya Maree Stoermer Coleman hails from the United States. She has won numerous honours, including a Primetime Emmy. In 2022, she was listed on Time magazine’s annual list of the 100 most important people in the world. She made her television debut in the Disney Channel sitcom Shake It Up as Rocky Blue, and she also played the show’s title role in K.C. Undercover. With the superhero movie Spider-Man: Homecoming, in which she went on to star in its sequels, she made her feature film debut in 2017. What do you think about how old is Zendaya? Well, Zendaya was born on 1 September 1996, making her 26 years old superstar actress.

The HBO teen drama series Euphoria, where Zendaya played the drug-addicted teenager Rue Bennett, making her the youngest recipient of the Primetime Emmy Award for Outstanding Lead Actress in a Drama Series. She is definitely the most popular Hollywood actress this year, topping charts everywhere, and having a slew of incredible projects waiting for her. 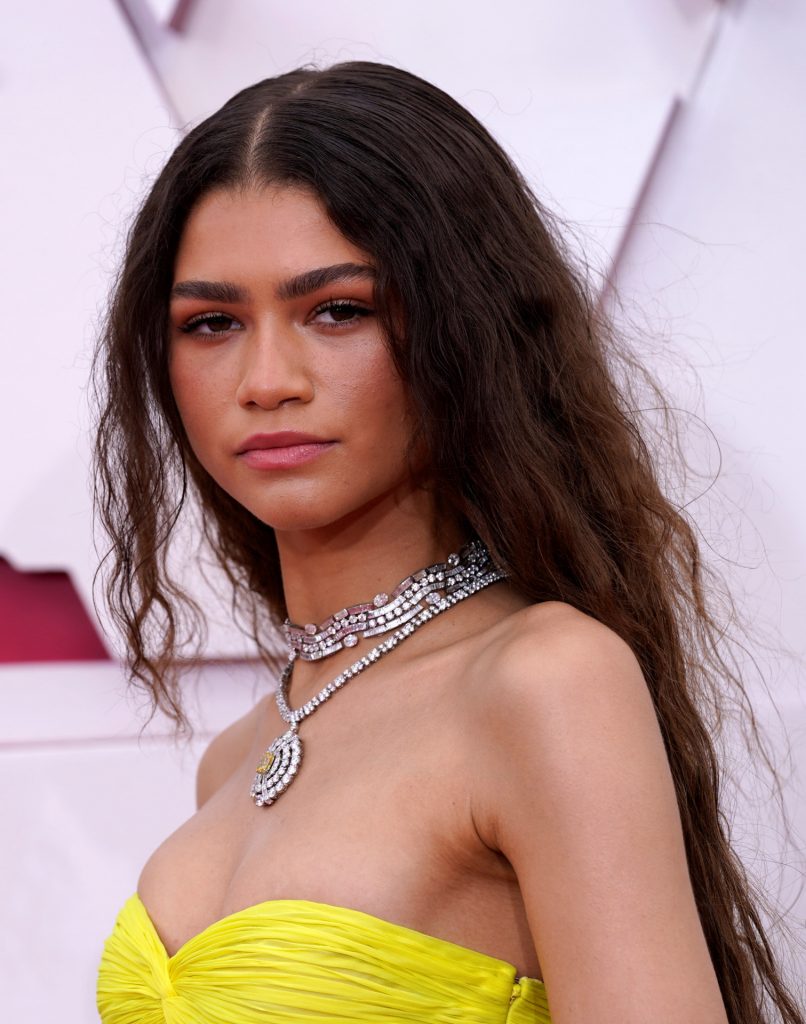 Australian actress and producer Margot Elise Robbie. She was named one of the 100 most influential persons in the world by Time magazine in 2017, and Forbes listed her as one of the highest-paid actors in the world in 2019. As a disgraced figure skater Tonya Harding in the movie I, Tonya, Robbie got favourable reviews and an Academy Award nomination for Best Actress (2017). Her performances as Queen Elizabeth I in Mary Queen of Scots (2018), Sharon Tate in the comedy-drama Once Upon a Time in Hollywood (2019), and a fictional Fox News employee in the drama Bombshell (2019) all garnered her nominations for BAFTA Awards, and the latter role also earned her an Academy Award nomination for Best Supporting Actress. 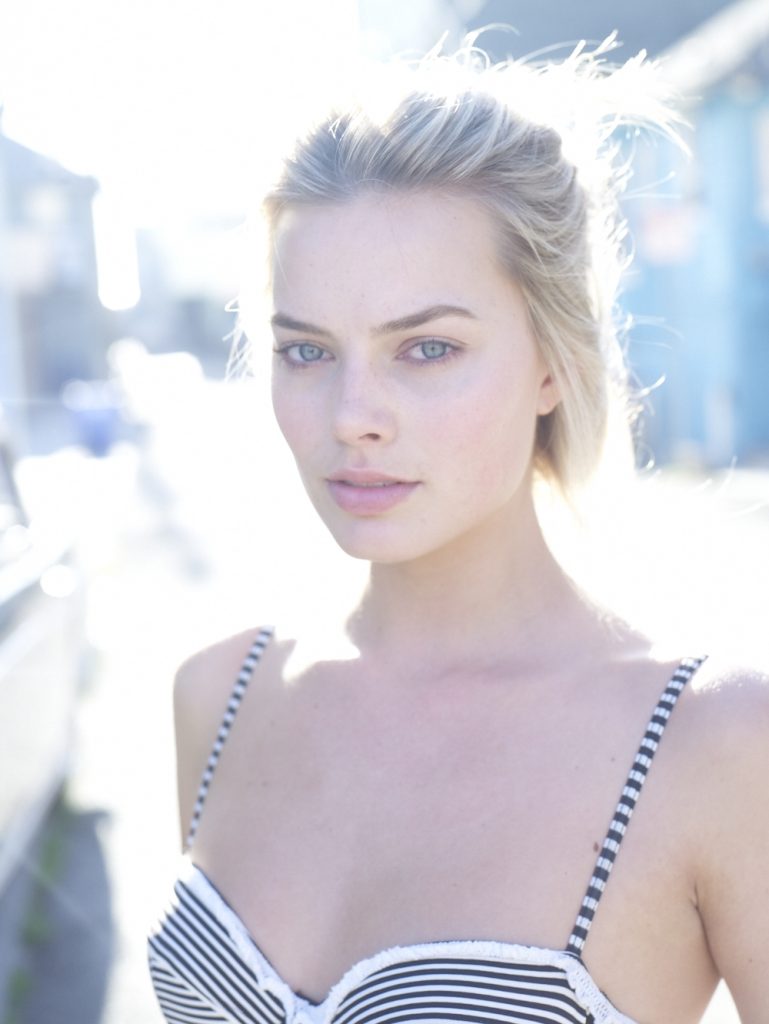 Actress and producer Jessica Michelle Chastain hails from the United States. She has won numerous honours, including an Academy Award and a Golden Globe Award. She is well known for starring in movies with feminist themes. In 2012, Time magazine listed her among the top 100 world influencers. Early on, Chastain became interested in performing, and it was as Juliet on Shakespeare’s play that she had her professional theatrical debut in 1998. She obtained a talent holding contract with the television producer John Wells after completing her acting studies at the Juilliard School. She frequently appeared as a guest star in a number of TV shows, such as Law & Order: Trial by Jury. She also played parts in the theatre versions of Oscar Wilde’s tragedy Salome in 2006 and Anton Chekhov’s comedy The Cherry Orchard in 2004. 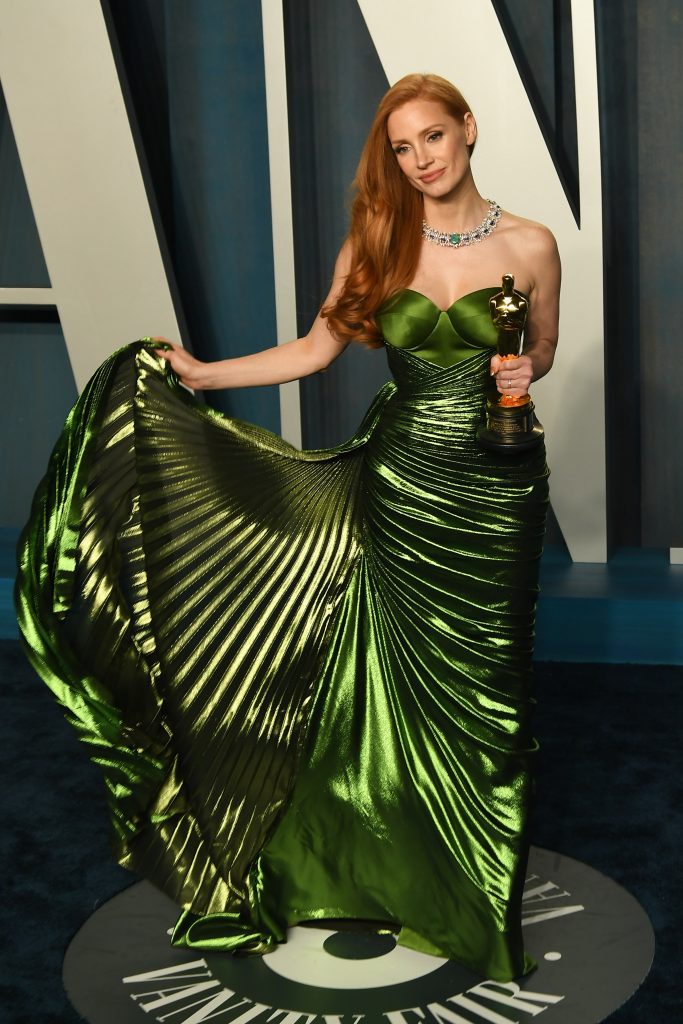 American actress Jennifer Shrader Lawrence was born on August 15, 1990. She was the highest-paid actress in the world in 2015 and 2016; her films have amassed over $6 billion in global box office receipts. She appears on the Forbes Celebrity 100 list from 2013 to 2016 as well as Time’s list of the 100 most powerful people in the world in 2013. Lawrence’s three films with director David O. Russell garnered a variety of awards. She received the Academy Award for Best Actress in 2012 for her portrayal of a troubled young widow in the romantic comedy Silver Linings Playbook, making her the second-youngest winner in the category at the age of 22. She starred as an unstable wife in the dark comedy American Hustle, for which she received the BAFTA Award for Best Actress in a Supporting Role (2013). She has consistently been one of the most popular Hollywood actresses for the last decade. 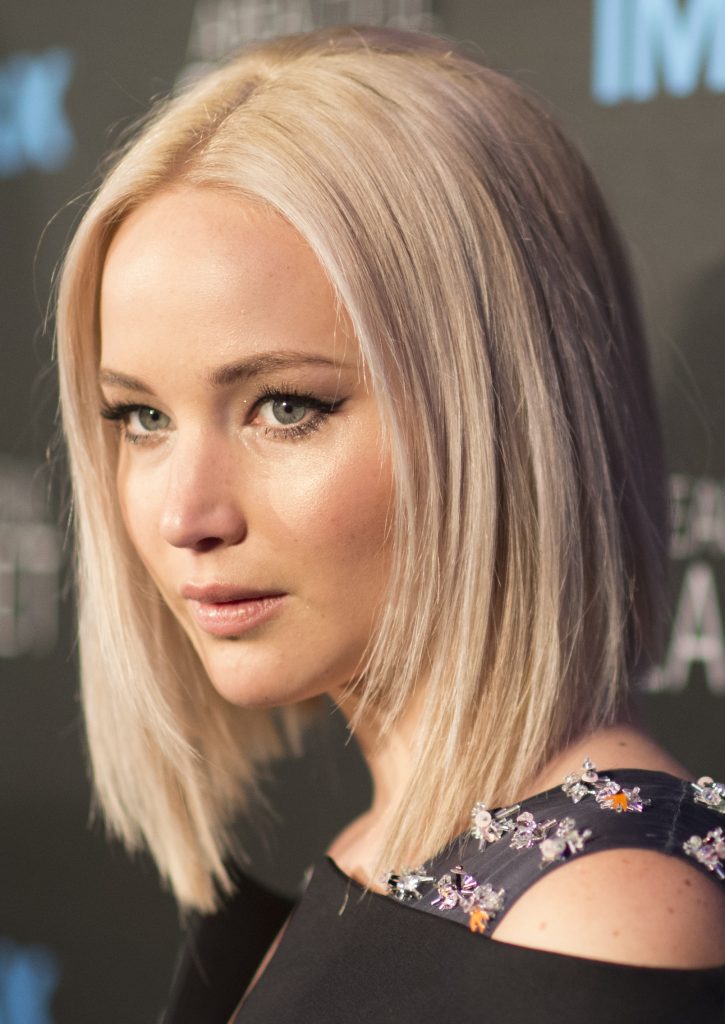 American actress Elizabeth Chase Olsen was born on February 16, 1989. Olsen, a California native, started acting at the age of four. She made her acting debut in the 2011 thriller Martha Marcy May Marlene, for which she received critical acclaim and was nominated for several awards. She then played a supporting role in the horror movie Silent House. Olsen was nominated for a BAFTA Rising Star Award and later earned a degree from New York University.

Actress Scarlett Ingrid Johansson is from the United States. She was the highest-paid actress in the world in 2018 and 2019 and has appeared on the Forbes Celebrity 100 list numerous times. She was listed among the top 100 important persons in the world by Time magazine in 2021. Johansson is the all-time highest-grossing movie star thanks to her films, which have brought in over $14.3 billion globally. She has been nominated for two Academy Awards and five Golden Globe Awards, and she has won other honours, including a Tony Award and a British Academy Film Award. 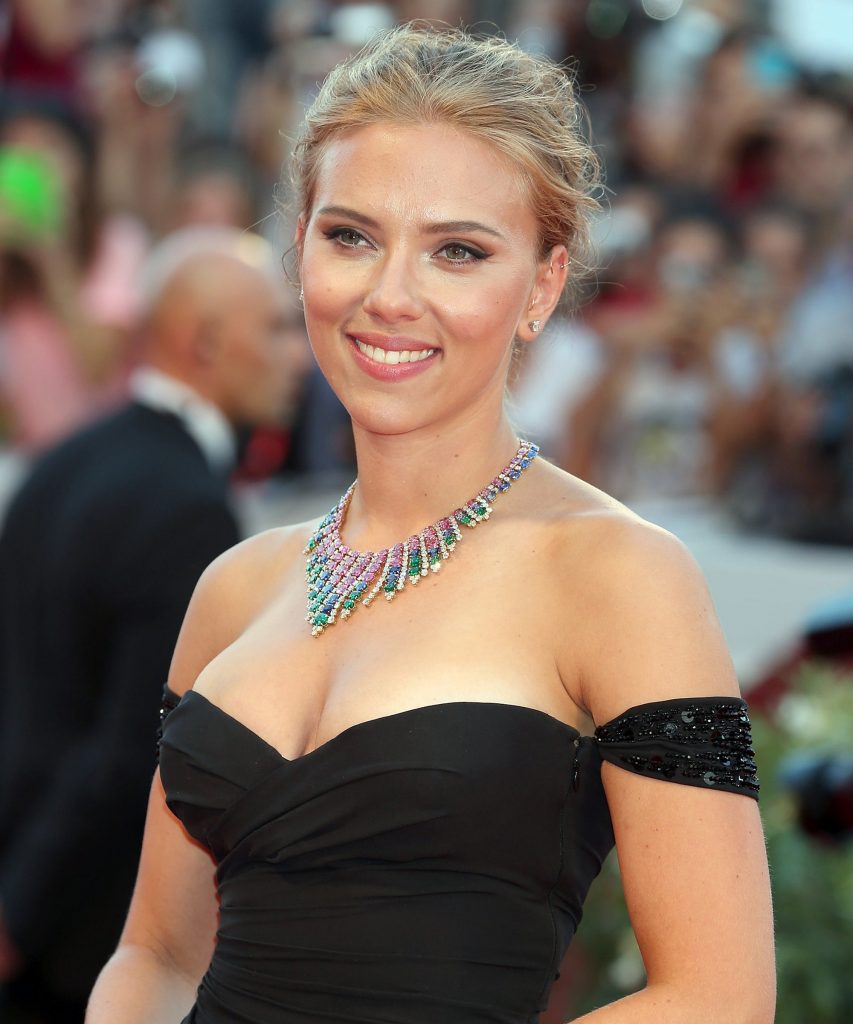 Irish actress Saoirse Una Ronan was born in the United States. Ronan made her film debut in I Could Never Be Your Woman and her acting debut in 2003’s Irish medical drama series The Clinic (2007). In Joe Wright’s Atonement (2007), where she played a precocious adolescent, she had her breakout role and was nominated for an Academy Award for Best Supporting Actress. For her performances as a homesick Irish immigrant in 1950s New York in Brooklyn (2015), as the title high school senior in Greta Gerwig’s Lady Bird (2017), and as Jo March in Gerwig’s Little Women, Ronan won praise from critics and nominations for the Academy Award for Best Actress (2019). She was also honoured with a Golden Globe for Lady Bird. 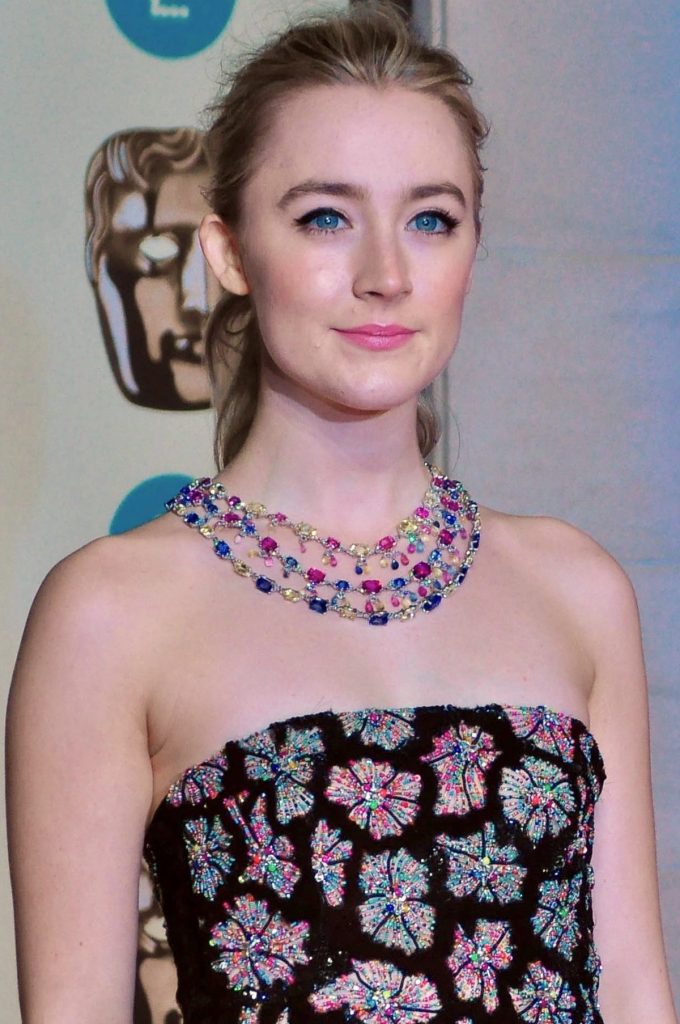 Actress Michelle Yeoh Choo Kheng is from Malaysia. Michelle Khan is listed as Yeoh in her early Hong Kong movies. She became well-known in the 1990s after appearing in several Hong Kong action movies, including Holy Weapon (1990), Police Story 3: Supercop (1992), and Yes, Madam (1985), in which she performed her own stunts (1993). She gained recognition abroad for her parts in the 1997 James Bond movie Tomorrow Never Dies and the martial arts movie Crouching Tiger, Hidden Dragon (2000). She was nominated for a BAFTA Award for Best Actress for the latter performance. She was ranked among the top 100 most important persons in the world by Time in 2022, and is definitely one of the most popular Hollywood actresses, especially with the unexpected yet explosive success of her movie Everything Everywhere All At Once released this year. 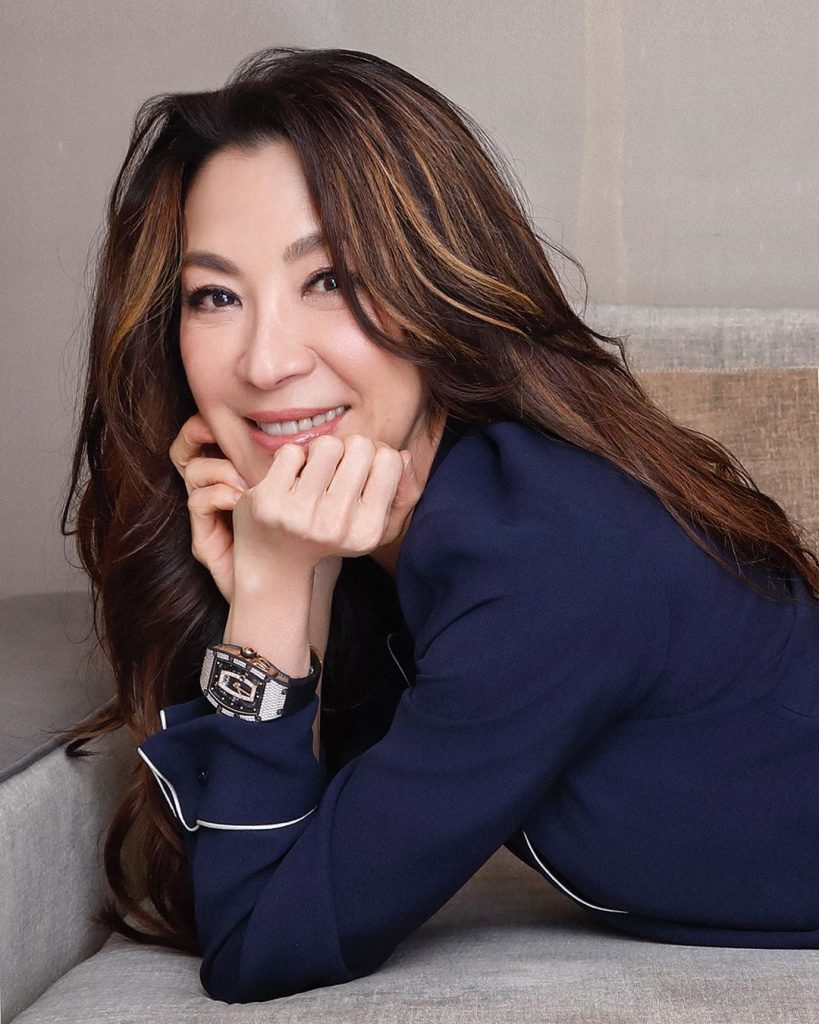 Actress Zoe Yadira Saldaa-Perego is from the United States. After acting with the theatrical company Faces, she had two appearances in Law & Order episodes from 1999. A year later, in Center Stage (2000), she made her feature film debut as a ballet dancer. Saldaa’s career breakthrough came with her work in a number of science fiction movies, starting in 2009 with her first of many appearances as Nyota Uhura in the Star Trek film series and her first appearance as Neytiri in the Avatar film series. Saldaa first gained attention for her work opposite Britney Spears in the road movie Crossroads (2002). In the Marvel Cinematic Universe, beginning with Guardians of the Galaxy, she plays Gamora (2014). 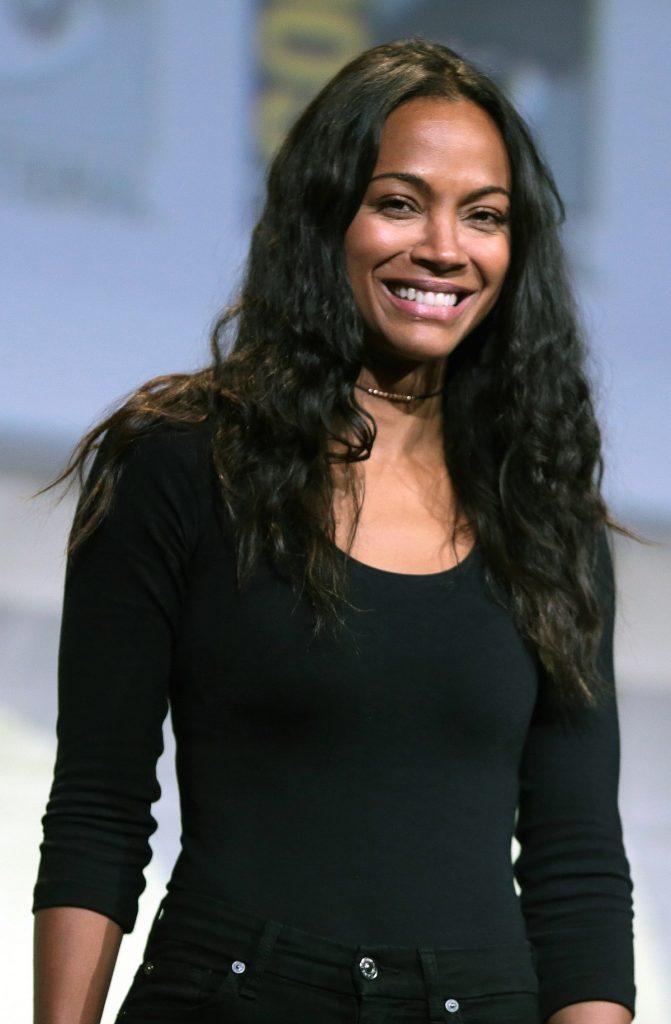 Actress Emily Jean “Emma” Stone is from the United States. She has won numerous honours, including a Golden Globe Award, a British Academy Film Award, and an Academy Award. She was the highest-paid actress in the world in 2017 and was listed among the 100 most important persons in the world by Time magazine. Stone received a nomination for the Golden Globe Award for Best Actress for the last of these because it was her first main performance. Following her triumph, she appeared in supporting roles in the period drama The Help (2011) and the romance comedy Crazy, Stupid, Love (2011) before becoming more well-known for her portrayal as Gwen Stacy in the superhero movies The Amazing Spider-Man (2012) and its 2014 sequel. Stone is one of the most bankable and popular Hollywood actresses in recent times. 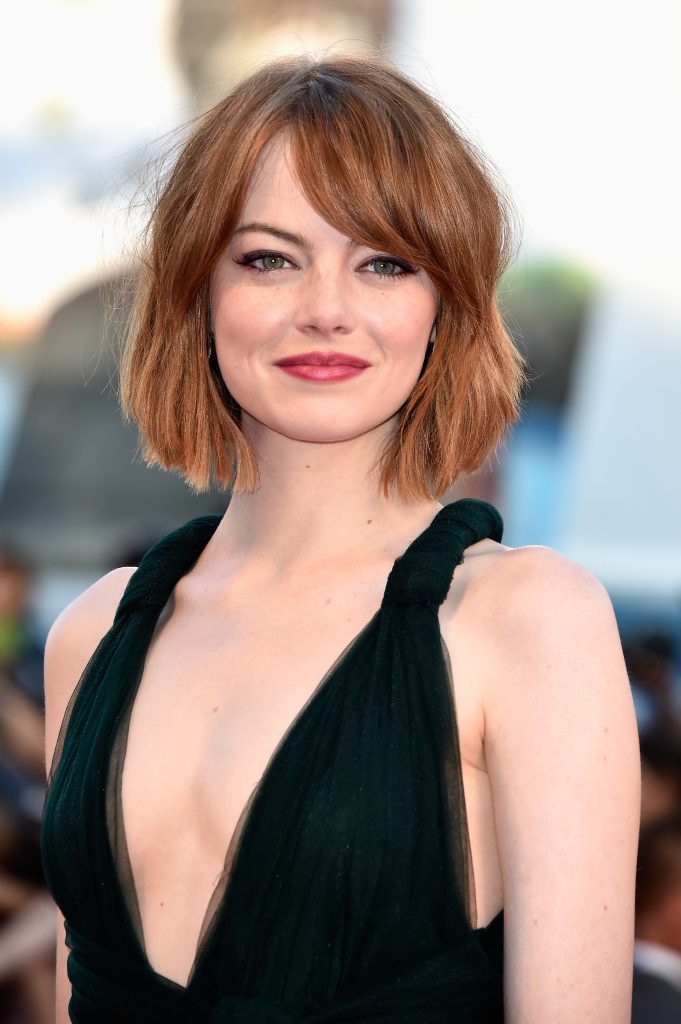 These women will continue to have tremendous influence over pop culture in the near future, undoubtedly. They have established themselves as stars with incredible bodies of work, which we recommend you check out. We are certain you will definitely not be disappointed.