MTV Roadies is one of India’s most popular reality television shows. You can either like it or dislike it, but you can’t ignore it. In the case of Roadies, this is the case. The show’s best feature is that it provides ample opportunities for the country’s youth to showcase their talent on a small screen. To win the show, all of the contestants must complete some difficult and daring tasks. Today, we’re counting down the 15 most popular Roadies contestants who have made a name for themselves in the Bollywood and television industries.

1. Rannvijay Singh
Rannvijay, one of the first contestants on the longest-running show Roadies and the show’s first winner, is widely regarded as one of the most popular and respected figures in the industry.

Rannvijay Singh Singha is an Indian actor, television host, and VJ. Rannvijay is well-known for his role on MTV Roadies and for hosting shows such as Splitsvilla and, most recently, Shark Tank India. He’s been on the show since 2004, first as a gang leader, then as a host, and he’s still going strong. He’s served on the jury for a variety of auditions, including 8: Shortcut to Hell and 16: Roadies Real Heroes. He made his Bollywood debut in Toss: A Flip of Destiny (2009). 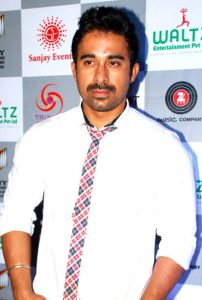 2. Ayushmann Khurrana
Few people are aware that Ayushmann Khurrana rose to fame as a result of his role in the second season of the show. He eventually won Season Two of the Roadies. He is widely regarded as one of the industry’s most popular Roadies contestants.

Ayushmann Khurrana is an actor, musician, writer, and television personality from India. He has received numerous awards for his portrayals of ordinary people who frequently defy social norms, including a National Film Award and four Filmfare Awards. He is one of the highest-paid actors in India. He was named to Forbes India’s Celebrity 100 list in 2013 and 2019. He was named one of the world’s 100 most influential people by Time magazine in 2020. 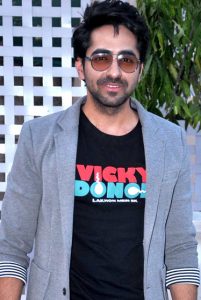 3. Gurbani Judge (VJ Bani)
After finishing second in Season 4 of Roadies, Bani became a VJ. She tried acting after that and was cast in the film Four More Shots Please!, which was recently nominated for an Emmy Award.

Gurbani Judge, also known as VJ Bani and Bani J, is an Indian fitness model and former MTV India presenter. Her appearances on MTV Roadies have made her one of the popular Roadies contestants. She was a contestant on Bigg Boss 10 and placed second in the competition. The judge began her career by competing in the reality show MTV Roadies (season 4) and placing second. With the fifth season, she returned to MTV. On the fourth season of Khatron Ke Khiladi, she was also a contender. 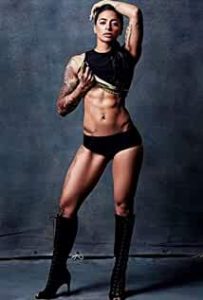 4. Ashutosh Kaushik
He became the winner of  Bigg Boss 2 after winning Season 5 of Roadies. He also appeared in Savdhaan India and Kitchen Champion, among other television shows. He is currently a YouTuber with his own channel. 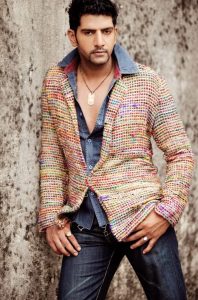 5. Prince Narula
Who can forget Prince Narula, the show’s enraged young man? He appeared in the X2 episode of the show with his brother Gurmeet. He went on to win the show, and he was known for his arrogance and stellar performance.

Prince Narula is a model and actor from India who was born on November 24, 1990. Although he has also appeared in fiction serials, he is best known for his work on reality shows. He is one of the few popular Roadies contestants in Indian television history, having won four different reality shows. MTV Roadies 12 has been won by Narula (2015). 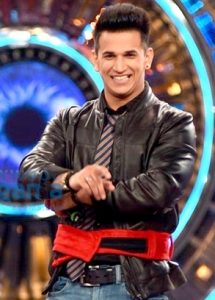 6. Ayaz Ahmed
Ahmed made his television debut as a contestant on MTV Roadies 5. Following his time on Roadies, he made a cameo appearance in Kitani Mohabbat Hai in a minor role. Tujh Sang Preet Lagai Sajna, Ishaan, and Meri Toh Lag Gayi were among his many television appearances. Parvarrish has produced films such as I Love My India, Naukri, Do Dil Ek Jaan, Ishq Kills, MTV Webbed, Kaisi Yeh Yaariaan, Santoshi Maa, and Agniphera. 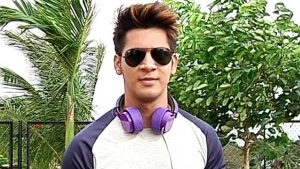 7. Pooja Bannerjee
Pooja Banerjee Sejwal is a Hindi-language television actress from India. Her most well-known roles include Tejal Mazumdar in Star Plus’ Ek Doosre Se Karte Hain Pyaar Hum and Nivedita Basu in Kasautii Zindagii Kay 2. She is now Rhea Mehra on Zee TV’s Kumkum Bhagya. MTV India’s MTV Roadies 8 featured her in 2011, and Nach Baliye 9 featured her in 2019. 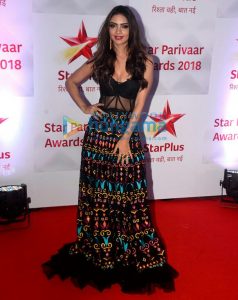 On the same TV channel, he won another youth reality TV competition, MTV Splitsvilla Season 1, in 2008. He continued his MTV India run as the host of the Couplesutra show. He was inundated with offers from the Indian television industry because of his reputation as one of the popular Roadies contestants. 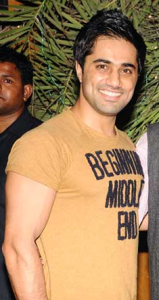 Suchit Vikram Singh is one of the MTV Roadies Season 8 contestants. He was born on September 7, 1988, and he is a 26-year-old Haryana native who was chosen during the Roadies auditions in New Delhi. He auditioned for Roadies Season 8 because he is a fearless and adventurous person who wants to fulfill his high adrenaline passion for adventure and travel.

Singh is an excellent mountaineer, as well as a lover of wild animals and a skilled dancer. He was the only contestant in Season 8 of Roadies to complete the first task assigned to them as a performer. 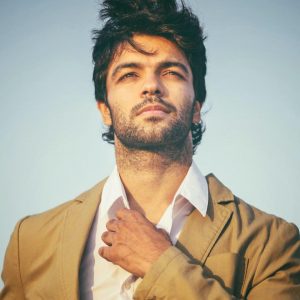 10. Mohit Saggar
Mohit Saggar is a model and a TV actor. He rose to prominence after appearing on the Indian reality show Roadies. He was born in the Punjabi city of Ludhiana, in Tagore Nagar. He was a finalist in Roadies 8, which aired on the Indian youth channel MTV in 2011. Following his success on Roadies, Mohit returned for the show’s tenth season in 2013. Mohit was a member of the veteran team that won the competition. He became well-known as a result of Roadies, and he aspired to be a model. 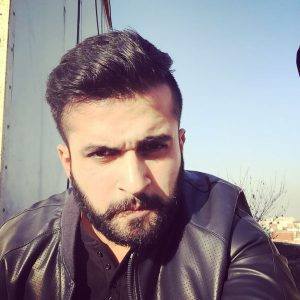 11. Priyank Sharma
Priyank was one of the popular Roadies contestants. You may be familiar with him due to his appealing personality and outstanding performance on the show.

Priyank appeared on Splitsvilla X and Bigg Boss 11, among other reality shows, after his time on Roadies. He’s also a part of the online series Punch Beat, which can be found on ALTBalaji. He began his career as a choreographer, working for Shiamak Davar for three years. He began performing later in life. He made his acting debut in the serial Pyaar Tune Kya Kia and appeared in two reality shows, Roadies Rising and Spitsvilla 10, before competing in Bigg Boss 11. 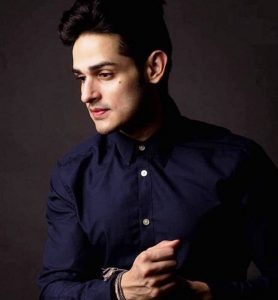 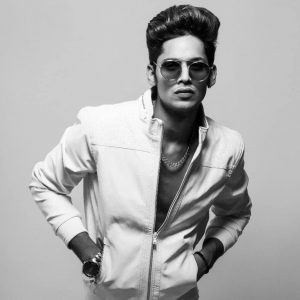 13. Varun Sood
Despite the fact that he did not win the competition, he quickly established himself as one of the popular Roadies contestants among his fans. He appeared in MTV Splitsvilla, Ace Of Space after Roadies. He is currently a gang leader on Roadies.

He made his episodic acting debut in season 2 of MTV Big F in 2017. Varun and actress Ayesha Adlakha launched UCypher, India’s first multi-platform eSports league, in January 2018. In 2018, Sood was a contestant on MTV’s Ace Of Space, where he placed second. In 2019, he co-hosted Roadies: Real Heroes on MTV India with Divya Agarwal as a Roadies Insider. He takes part in Dance Ki Takkar. Three episodes of NBA Slam were co-hosted by Varun Sood and Rannvijay Singha. 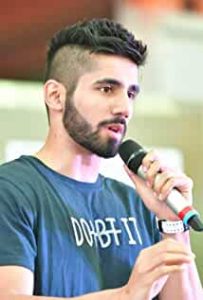 14. Sahil Anand
Following the success of Roadies, Sahil became a household name. Student of the Year and Babloo Happy Hai are two films in which he appeared. He’s also appeared in numerous commercials.

Sahil Anand is an Indian actor who was born on January 1, 1989. Student of the Year Parts 1 and 2 and Babloo Happy Hai, as well as the web series Banned on Voot Select and the television series Kasautii Zindagii Kay, have all featured him. He made his television debut on MTV Roadies 4 and also appeared on Bigg Boss 10 as a celebrity contestant. He has appeared in approximately 60 television commercials as well as three music videos. 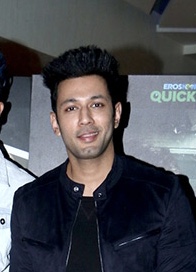 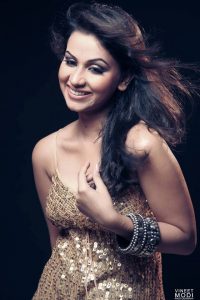 Young people have always been drawn to the Roadies. Many popular Roadies contestants who aspired to be one of the industry’s faces have been given a chance to shine. Logically, it has produced a slew of well-known figures who now inspire tens of thousands of young people to follow in their footsteps.