Pro wrestling has grown in popularity to become one of the most popular shows on television. Wrestling began as a form of entertainment and was most commonly seen at carnivals or traveling acts. We’ve seen some incredible wrestlers in the WWE over the years, from the 1960s and 1970s to the Attitude Era and the New Era. It’s difficult to limit a list like this to the 15 most popular WWE wrestlers, as there are many deserving wrestlers who deserve to be recognized as the best WWE wrestlers.

The greatest wrestler of all time is Steve Austin. Although it’s difficult to compare The Rock and Stone Cold because both men are exceptional in their own right, Stone Cold takes the top spot on the list of most popular WWE wrestlers because of his pivotal role in saving the company and laying the groundwork for many of the company’s future wrestlers. Stone Cold was a wrestler who, like The Rock, knew how to captivate an audience. Stone Cold delivered some exciting moments during his illustrious 15-year WWE career, including his Wrestlemania 13 match against Bret “The Hitman” Hart and his final match with “The Rock.” 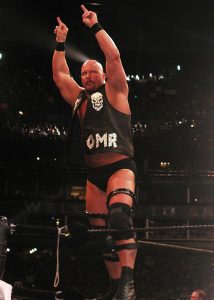 The Rock, the most electrifying wrestler of all time, became one of the most recognizable faces and best wrestlers in the WWE thanks to his ability to cut promos, especially with his verbal smackdown. The Rock, the fan’s favorite bully, would make fun of everyone from WWE Chairman Vince McMahon to interviewers like Mark Lloyd. The Rock had the advantage of being able to back up his words with a squared circle. The Rock is a 10-time world champion, a one-time Royal Rumble match winner, and a 5-time WWE tag team championship winner, making him one of the most decorated wrestlers of all time. 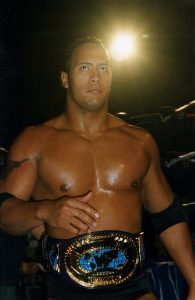 Bruno was one of the greatest WWE champions in the history of the sport, with a reign as champion that lasted 4,040 days. Bruno was the biggest name in wrestling at a time when wrestlers wore more basic ring attire and the difference between heels and faces was clear. Bruno Sammartino would go on to win the WWWF World Championship gold in 1971 and hold the title for the next eight years. Sammartino’s unimaginable title reign demonstrates his tenacity and endurance. 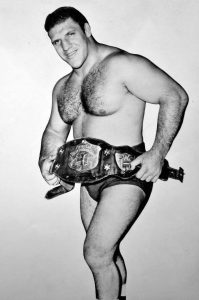 The Deadman Undertaker was one of the most popular WWE wrestlers, and his ability to dominate matches, commanding presence and intimidating aura made him one of the most respected men in sports entertainment. The Undertaker has worn a variety of gimmicks over the course of his 40-year career. The Undertaker has been nothing short of impressive throughout his career, from The Deadman to The Lord of Darkness to The American Bad Ass to The Phenom. The Undertaker’s gimmick has been a fan favorite for more than four decades, outlasting some of the most memorable characters such as Jake “The Snake” Roberts and Hulk Hogan. 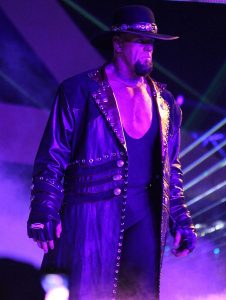 Kurt Angle dubbed the “Olympic Champion,” was well-known for his mat work and submissions, which spoke volumes about his wrestling abilities and experience. Kurt Angle made his pro wrestling debut in 1999 as an amateur wrestler, marking the beginning of what would become one of the most impressive wrestling careers ever. Kurt Angle competed in the 1996 World Olympics with a broken neck due to his work ethic and determination as an amateur wrestler. Kurt Angle won the Intercontinental Championship a year after his debut by defeating Chris Jericho. 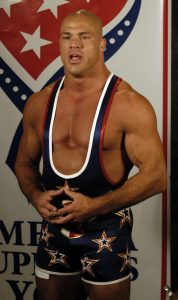 Hulkmania’s superstar appeal and mic skills helped him become one of the most popular WWE wrestlers. Hulk Hogan was instrumental in helping Vince McMahon’s company reach new heights at a time when he was adamant about going national. Hulk Hogan, the greatest superstar in WWE history, competed against a number of well-known superstars at the time, including Roddy Piper and Big John Studd. Wrestlemania became the biggest event of the year, and Hogan became the biggest star in the business, by combining mainstream celebrity and professional wrestling. Despite the fact that he would eventually pass the torch to The Ultimate Warrior, Hogan’s influence in shaping the WWE into what it is today is undeniable. 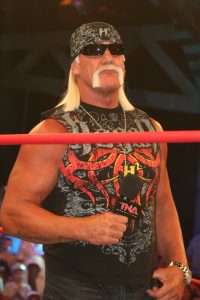 Ric Flair’s charisma, mic skills, and ability to cut promos helped him become one of the WWE’s top stars. Ric Flair’s early years were spent with the AWA and NWA, but it was with the WWE that the Nature Boy would reach his full potential. Ric Flair returned to the Mid-Atlantic Championship Wrestling within a year after surviving a plane crash and a broken neck, and quickly rose through the ranks of the promotion, battling the likes of Andre the Giant, McDaniel, Dusty Rhodes, and Ricky Steamboat. 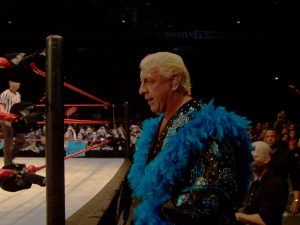 Shawn Michaels is an amalgamation of different things: actor, comedian, acrobat, and wrestler. He is one of the most popular WWE wrestlers the world has ever seen. The Heartbreak Kid was one of the rarest breeds of wrestlers, and he knew how to captivate audiences, especially when it came to cutting promos. One of the few things that ensured Michael’s name was engraved on Mount Rushmore of wrestling was his fusion of the Lucha Libre style of wrestling with captivating storylines. Shawn Michaels became the first-ever Grand Slam champion in just 25 years. 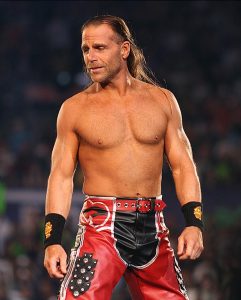 Mick Foley has to be the wrestler who has perfected the art of creating personas. Mick Foley had a plethora of personas to keep the fans entertained, from ManKind to Mick Foley to Dude Love to Cactus Jack. Mankind’s gimmick revolved around an unstable, boiler-living freak who Mick Foley infused with a comedic element to ensure that fans could relate to him. Mick Foley’s career in the WWE included memorable moments such as jumping off a Hell-in-a-Cell structure and feuding with The Undertaker. 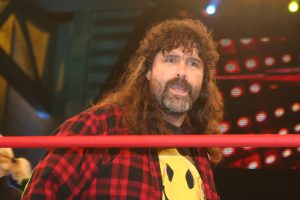 The Latino Heat was a wrestler with a larger-than-life personality whose mantra of lie, steal, and cheat made him an unlikely fan favorite. Eddie Guerrero managed to become one of the company’s top wrestlers despite his despicable approach to the sport. Eddie Guerrero, unlike most popular WWE wrestlers s, did not require WWE assistance. In the WWE, his storytelling combined with crisp and quick wrestling speeds was unrivaled. 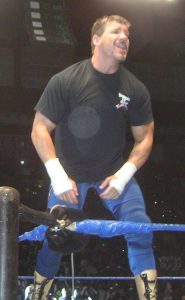 For more than two decades, John Cena has been a mainstay of the WWE. While he’s been in and out of the company in recent years as Hollywood has consumed more of his time, he (almost) always makes it to WrestleMania. Cena sat out both days of WrestleMania 37 last year, which was a massive, glaring exception. 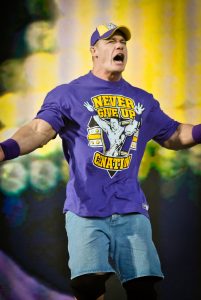 Macho Man was inducted into the Hall of Fame in 2015. Randy Savage is a professional wrestler who quickly demonstrated that he could not only compete with the WWF’s biggest stars like Hulk Hogan but also excel at it. Macho Man had an in-ring ability that few wrestlers could match, aside from his larger-than-life personality. Macho Man’s feuds and rivalries, like those of Hulk Hogan and many other household names at the time, were instrumental in establishing the company as the top dog in Wrestling Promotions. Macho Man’s superstar appeal and in-ring abilities could only be matched by a few wrestlers at the time. He was a six-time world champion and a king of the ring winner. 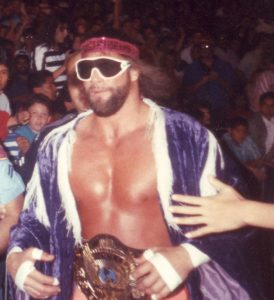 Bill Goldberg had already made a name for himself in the WCW before joining the WWE. Goldberg was not only one of the most popular WWE wrestlers to defeat Hulk Hogan cleanly, but he also began his career undefeated. However, the company eventually fell apart due to poor decision-making by WCW’s creative team, forcing many of the company’s main stars to sign with other promotions. Bill Goldberg had to wait nearly two years after WWF acquired WCW before making his official debut with the company. Goldberg’s brief time in the WWE resulted in some incredible matches. Bill Goldberg, on the other hand, would eventually leave the company, only to return 12 years later, declaring that he still had one more match in him. 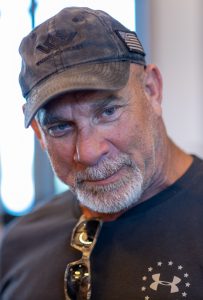 Jeff Hardy became one of the most popular WWE wrestlers of all time due to his daring, ingenuity, and willingness to take risks. Matt and Jeff Hardy started wrestling for the WWE when they were in their teens and went on to become household names. These four wrestlers, Christian, Matt, and Edge, would play a pivotal role in WWE history by introducing new and exciting match types. Jeff Hardy would be a part of some of the greatest ladder matches of all time during his illustrious wrestling career. Jeff Hardy, a daredevil in his own right, isn’t afraid to take risks that could end his career if something goes wrong. 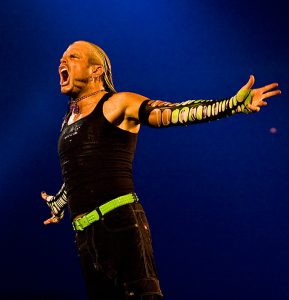 Chris Benoit became a member of the legendary Four Horsemen after becoming one of WWE’s most technical wrestlers. Chris Benoit rose quickly through the ranks of the WWE, winning the tag team, United States, and tag team championships. Chris Benoit would hold all of these titles, but it was his victory over then-WWE Champion Triple H at Wrestlemania 20 that cemented his place in history. Chris Benoit’s illustrious pro wrestling career was cut short by one of sports entertainment’s biggest controversies, but he left an indelible mark on the industry. 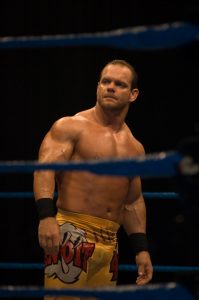 We’ve come to the end of our list of most popular WWE wrestlers. Let us know what you think in the comments below!