10 Most Terrifying Gangsters India Has Ever Seen

When we talk about gangsters, the image that comes to our mind resembles that of Ram Gopal Verma’s Satya or Anurag Kashyap’s Black Friday. Both of which were based on real dons of Mumbai. Gangsters have been ruling the Indian underworld scenario since the second half of the 20th century. Mumbai in the 1940s-80s were dominated by Karima Lala and his family, Haji Mastan and Varadarajan Mudaliar. Together they were the big three mafia dons of Mumbai at that point of time. The 80s saw the rise of the most infamous gangster in India, Dawood Ibrahim and his associates who later formed their own gang following a split. Here is the list of 10 most terrifying gangsters India has ever seen.

Whenever people write about the most terrifying gangsters of India, Dawood Ibrahim tops the list. He is considered to be the most powerful gangster in India. He was involved in the 2008 terrorist attacks in Mumbai, he is also the mastermind behind the 1993 Mumbai Bomb Blasts. Dawood was reported to be living in Karachi, though the Pakistan government denies it. His exploits have been dramatized in Anurag Kashyap’s critically acclaimed movie Black Friday.

Tiger Memon is one of the prime suspects behind the Mumbai Bomb Blasts of 1993. He is a member of Dawood Ibrahim’s gang D-company. Held guilty on charges of conspiring and abetting acts of terror, Tiger Memon is wanted by the Interpol and Central Bureau of Investigation. According to sources, after executing the Mumbai serial blasts, Tiger Memon escaped to Pakistan and lived in Karachi’s Gulshan-e-Iqbal. 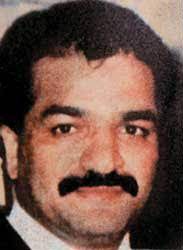 He is the former associate of Dawood Ibrahim. After Dawood Ibrahim fled the country in 1988, there has been a split in their relationship and they became arch-rivals ever since. Charges of 17 murders, more attempted murders, drug trafficking, smuggling and extortion makes Chhota Rajan one of the most terrifying gangsters of India. The 1999 film Vaastav: The Reality starring Sanjay Dutt was loosely based on Rajan’s life. Chhota Rajan was arrested in Bali by Indonesian police on 25 October 2015. 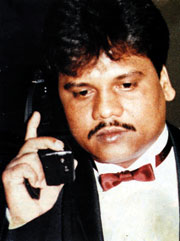 Before joining Dawood’s forces, Chhota Rajan was the most important associate of Bada Rajan (which explains the origin of his name). He played a major role in establishing Dawood Ibrahim as the crime lord of Mumbai. His crimes include black marketing of tickets and making tons of money from it. His life inspired the 1991 Malayalam film Abhimanyu.

Ravi Pujari is known to have worked with Chhote Rajan. He is wanted for various murders and threats to different celebrities including Salman Khan, Karan Johar, Farah Khan and Shahrukh Khan. Ravi Pujari is currently lodged in the Bengaluru Central Prison. 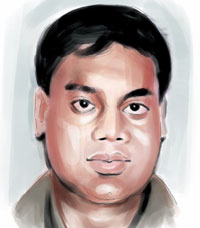 Salem was actively involved in the 1993 Mumbai Bomb Blasts along with Dawood Ibrahim. He is accused of murdering Monisha Koirala’s personal assistant, threatening Aamir Khan, Ashutosh Gowarikar and Rakesh Roshan. He is wanted for the murder of Gulshan Kumar, founder of the music label T-series, murdering a property builder and several other crimes, making him one of the most terrifying gangsters of India. Abu Salem is currently held in Mumbai’s Arthur Road Jail.

He was one of the trios of the mafia gang in Mumbai, the other two being Haji Mastan and Karim Lala. Extortion, kidnapping, contract killing, land encroachment, illegal gambling and liquor dens, manufacturing illicit liquor and bootlegging are a few of the crimes he is accused of. There have been many movies on Varadarajan’s life, most notably, Mani Ratnam’s Nayakan (1987) starring Kamal Hassan.

Considered to be one of the most notorious gangsters in the state of Tamil Nadu, he is accused of murdering over 184 people, poaching more than 2000 elephants, and smuggling ivory worth ₹16 crores and about 65000 kilograms of sandalwood. Veerappan was killed in a shootout in Papparapatti in Tamil Nadu. Veerappan’s life, especially the police’s efforts to catch him was depicted in Ram Gopal Verma’s film Veerappan (2016). 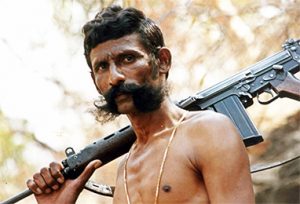 Haseena Parkar was the younger sister of Dawood Ibrahim. When Dawood Ibrahim fled the country, she was responsible for handling all his illegal businesses in Mumbai. There is a 2017 film, Haseena Parker starring Shradhha Kapoor in the lead role.

She is a part of the Bablu Shrivastava gang. Archana Balmukund Sharma has been accused of several kidnapping and extortion cases in the country. She is wanted by the Pune government for her alleged involvement in the kidnapping and murdering a businessman. Her whereabouts are currently unknown.

This was our list of the 10 most terrifying gangsters India has ever seen. Did we miss anyone? Let us know in the comments.