Although falling in love at any age is romantic, there is something particularly unique about doing so when you are a teenager. The first of many firsts, including your first kiss and first crush. You feel like you’re walking on air and have butterflies in your tummy. The teenage years are amazing years. Are you pursuing this adolescent fantasy? Great, indeed! No? Don’t worry, these love stories will do more than anything to revive those great, early romance days.  Here are the 15 best movies about First Love and Crushes that’ll get you in your feels!

This South Korean movie recounts the mother and daughter’s parallel love tales in the most exquisite way. While organising her home, Ji-hye, the girl, discovers a box of outdated letters. As she begins to read it, flashbacks tell the tale of her mother’s courtship while visiting the countryside as a student. The scenes are, however, also woven into the daughter’s own love narrative, in which she develops feelings for a classmate named Sang-min (Jo In-sung), a member of the school play. 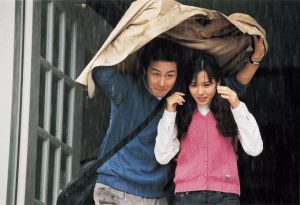 What would happen if your best friend started dating your brother? Well, the same idea is covered in this coming-of-age comedy-drama. Nadine, a 17-year-old girl, already struggles with her family, and her best friend Krista starts dating her older brother only makes things worse for her in high school. Nadine’s professor, to whom she had disclosed her intentions to commit suicide, is now her only source of support. 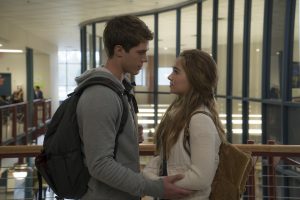 This Macaulay Culkin and Anna Chlumsky coming-of-age movie is about youthful passion, innocence, sorrow, and maturity. It depicts the tale of a young girl who, as a result of her interactions with an unusual friend, experiences a wide range of emotional highs and lows. 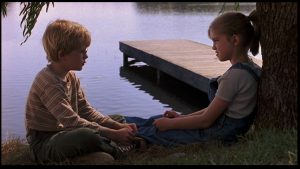 In the most endearing way, director Rob Reiner has portrayed the evolving feelings and allegiances of their middle school years, first love, and childhood friendship. A coming-of-age movie about two eighth graders named Julie and Bryce, who begin to develop affection for one another despite being complete opposites, was inspired by Wendelin Van Draanen’s book of the same name. 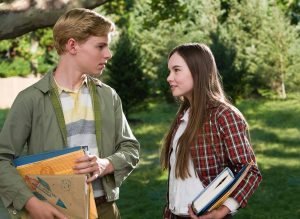 Crazy Little Thing Called Love is the alternate name for this Thai romantic comedy. In the movie, Nam, a swarthy girl, is seen developing feelings for P’Shone, a popular student at her high school. Now that Nam believes Shone to be too attractive for her, she enhances her appearance in an effort to catch his eye. She is hardly aware of Shone’s covert admiration for her prior to her change. 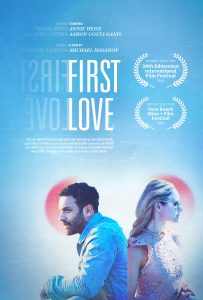 In this South Korean romantic comedy movie, a schoolgirl accidentally destroys the Lexus 430 of a rich brat and is forced to sign a 100-day enslavement contract to make up for the damage. 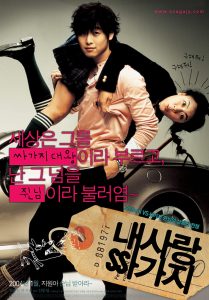 The cutest, funniest, most sorrowful, and the most uplifting movie is called Little Manhattan. In this uplifting story of first love, 10-year-old Manhattan boy Gabe falls in love for the first time with his classmate Rosemary, who is 11 years old. 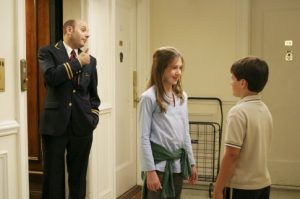 In this endearing story of whispers and reputation, Olive, a typical high school girl, tells her closest friend a falsehood about losing her virginity to a college boy. When a student overhears their talk and her story goes throughout the entire school like wildfire, her low-key existence abruptly changes. If you’re wondering, the answer is that Nathaniel Hawthorne’s novel The Scarlet Letter served as the basis for this film. 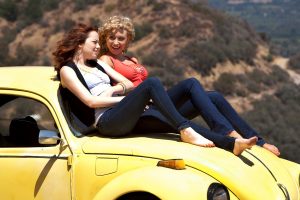 9. The Perks of Being A Wallflower

With Logan Lerman, Emma Watson, and Ezra Miller in the lead roles, this sincere, tender coming-of-age drama portrays the exhilarating highs and shattering lows of growing up. The protagonist of the novel is Charlie, a shy, intelligent 15-year-old Pittsburgh lad who is battling past demons and is anxious about beginning his new life in high school. His seniors become friends with him and guide him into the outside world. The Perks of Being a Wallflower is based on the same-titled, highly regarded book. 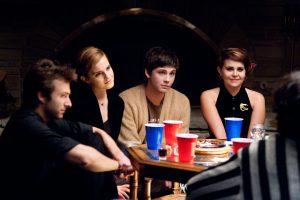 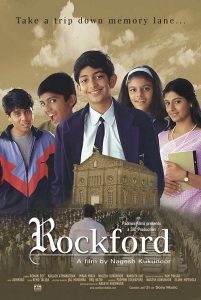 You’ll feel moved by the tender, real, and inspiring love tale of two 18-year-olds. A Walk To Remember by Adam Shankman has it all—love, romance, action, grief, and happiness. The magnetic connection between Mandy Moore and Shane West inspires you to put others before yourself and to be less egotistical and self-centered. 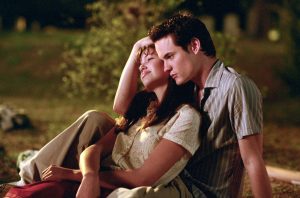 The protagonist of the narrative is a teenager named Cameron who is forbidden from dating Bianca until her antisocial elder sister Kat finds a partner. When he pays a mysterious bad boy to charm Kat, he comes up with a smart solution. Julia Stiles, Heath Ledger, Joseph Gordon-Levitt, and Larisa Oleynik are the movie’s stars. 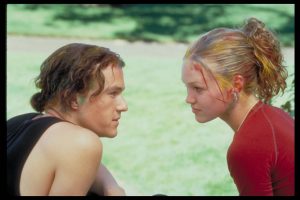 This fantasy romance comedy movie is about Jenna Rink, a 13-year-old girl with aspirations of being well-known. She is embarrassed by her classmates at her birthday celebration, so she makes the outlandish wish to awaken as a 30-year-old lady. Shortly after her wish is granted in a remarkable way, the movie has some encouraging moments. 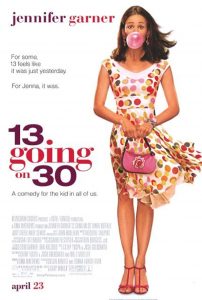 The movie, which is based on the same-named book, follows Bianca (Mae Whitman), a happy high school senior whose life is turned upside down when she discovers that her prettier, more popular friends refer to her as The DUFF (Designated Ugly Fat Friend) among the rest of the student body. Bianca creates a bargain with her buddy Wesley, who needs help passing an exam, in an effort to improve her social standing and get a date with Toby, the boy she lusted after in high school. If he can give her advice on how to stop being a DUFF, Bianca will agree to help him pass science. 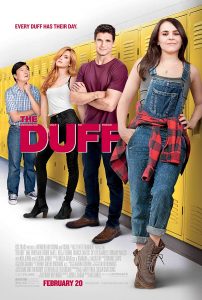 The film centres on the 18-year-old daughter of the American president who is tired of the Secret Service following her around. She runs away and embarks on a European journey, which sparks an unexpected romance with Ben, a lovely man seeking to bring her back home while covertly working for her father. 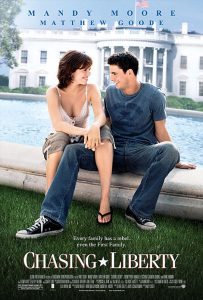 Also read: 10 Best Romantic Turkish Dramas That Will Give You Butterflies

Of course, not all love stories are winners, but here are what we think are the 15 Best Movies About First Love And Crushes ever made.