With Valentine’s day just around the corner, we are getting terribly close to a part of the year that is celebrated for love… by like, idk 5% of the population. The rest of us are pretty much spending the day eating pizza and staring into the void. Valentine’s day can be difficult as a single person. Which is why, we have got you covered. Here are 14 movies about heartbreak that will remind you why love sucks and no good can come from it, this Valentine’s day.

If you happen to not be single, maybe read this instead: 32 Must Watch Hollywood Romantic Movies This Lockdown

When it comes to movies about heartbreak, there’s no way one can skip 500 Days of Summer. The movie follows the story of Tom, a man who falls in love with a girl named Summer over the course of a year. However, Tom wants to spend the rest of his life with her, and on the other hand, Summer just… doesn’t. On the surface, the movie is about a guy screaming incessantly into the void because he can’t handle the agony of a lonesome existence, all the while blaming his seemingly cruel ex for it. However, on closer inspection, one starts to realise that Summer may not have been the bad person in the story at all. Tom projects his expectations onto Summer that she doesn’t reciprocate, and instead of respecting her views, Tom lashes out. 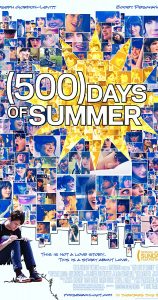 2. The Eternal Sunshine of the Spotless Mind

Another movie that beautifully captures the innocence of new love and the misery of heartbreak is The Eternal Sunshine of The Spotless Mind. After breaking up, Clementine decides to erase all memories of her ex, Joel, from her brain with a strange scientific procedure. However, can you really forget all about a person? And even if you do, does it change who you are on the inside? Would you not make the same mistakes, over and over again? These are some of the questions posed by the movie. It does offer an answer, and it’s up to you to accept or reject it. 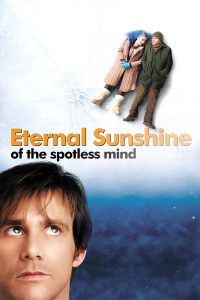 Do break-ups absolutely suck? Yes. But are they sometimes exactly what you need to get ahead in life? Hell yes. If there’s a movie that can inspire you to get your act together after a sad break-up, it’s Legally Blonde. The movie follows the story of Elle, a beautiful blonde whose boyfriend breaks up with her to be with someone who “looks” smarter. However, Elle shocks him when she gets into the same law school as he, at Harvard. Legally Blonde teaches you to believe in yourself without paying any heed to people who do not value you. It is one of the best movies about heartbreak to get over an undeserving ex. 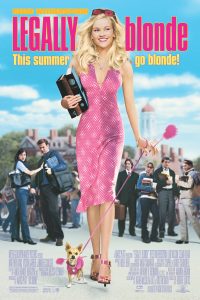 Blue Valentine follows a dysfunctional couple, Dean and Cindy, who are struggling in their marriage. Cindy finds Dean’s lack of ambition unappealing, and Cindy’s lack of interest in him troubles Dean. The movie carefully dissects the anatomy of a broken, toxic marriage. Despite showing early signs of promise, the couple’s love story soon heads south. Michelle Williams as Cindy delivers an exceptionally brilliant performance. 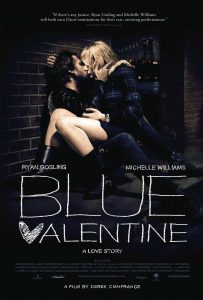 La La Land follows the story of two struggling artists: Mia and Sebastian, who in Los Angeles are chasing their dreams. Once together, they nurture and support each other’s career, however, that doesn’t last long. La La Land has some of the best songs you’ll ever hear in a commercial Hollywood musical, the leading pair fits into the characters rather snugly, and their performances are crisp and believable. The movie offers an insight into what might happen when two equally ambitious people fall in love. 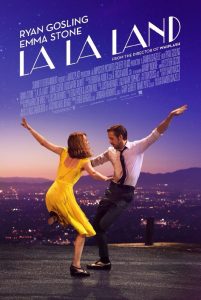 After her rockstar boyfriend breaks up with her, Gretta finds herself terribly lonely in NYC. A budding songwriter, Gretta is dead set against commercializing her music. On the other hand, Dan is a record label executive recovering from a bad divorce who’s trying to find the solution to his woes at the bottom of a bottle. The movie follows their story as they begin to explore what their life would look like without the people they love – and they’re in for a surprise. Even though the movie isn’t groundbreaking, it is worth a watch. The music is appealing, and the lead pair does a fairly good job. 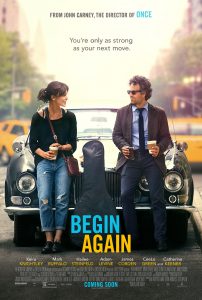 7. The Fault in Our Stars

Now you didn’t think we would write a list of movies about heartbreak and skip The Fault in Our Stars, did you? The movie follows a teenage couple who meet at a cancer support group and fall in love. Right off the bat, you know this movie ends in tragedy and tears. However, the uplifting tone of the movie makes you hope for these two people to find a happy ending. The movie might seem juvenile to adult viewers, and honestly, it is, but sometimes all you want in life is to watch a love story about kids and cry into your pillow. 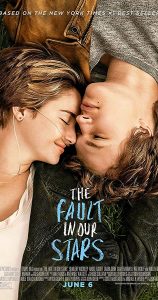 At the beginning of the movie, we find Charlie and Nicole during a particularly rough patch in their marriage. As the movie progresses, so does the distance between them – emotionally as well physically. Nicole moves to LA, while Charlie chooses to stay back in New York. The movie throws light on the devastating final moments of a marriage. With a custody battle for their son, things get alarmingly nasty. Marriage Story does not sugar coat things, but at the same time maintains a somewhat humorous tone throughout. The performances by the lead cast is exquisite. 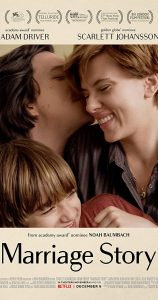 After his wife of many years tells him she cheated on him and asks him for a divorce, Cal is at a loss. Desperately trying to find joy as a single man, he meets a womanizer named Jacob at a bar. Jacob sympathises with Cal, who seems to have forgotten what it is like to be a man. The movie is a humorous depiction of heartbreak and even though you’ll find yourself laughing at the ridiculous situations Cal finds himself in, he is not the butt of the jokes. Instead, he is an ordinary middle-aged man trying to find an identity outside of his marriage, and the viewer does feel awfully bad for him. 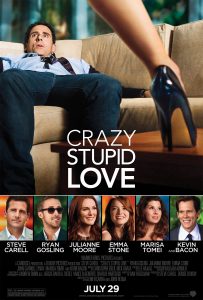 Before you dismiss The Notebook as an over-the-top sappy romance, hear me out. There’s something about The Notebook that has withstood the test of time, and is still a significant movie in Ryan Gosling’s impressive filmography. The movie follows the story of Noah and Allie, who meet during one summer and fall in love. But what good love story has no great obstacles? While Allie comes from a rich family, Noah belongs to the working class. The couple is promptly separated on the insistence of Allie’s parents. I wouldn’t call The Notebook a great movie. By today’s standards, it isn’t even politically correct. But if you like romantic movies that have you reeling, The Notebook is worth a watch. 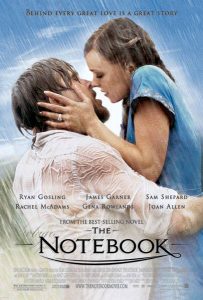 Is there a better way to get over an ex than spending time with your girl gang? Um, no. When the movie begins, Annie’s life is pretty depressing. She has had to close her bakery due to recession, her boyfriend has just left her, and she has a rather sad sex life with a self-absorbed man (Okay, just realised this sounds exactly like Fleabag.) When her friend invites her to be her maid of honor, Annie can’t help but be happy for her best friend. However, when she meets another bridesmaid, Helen, it is clear that the two are competing for the maid of honor title. Bridesmaids is the perfect movie for a girl night. 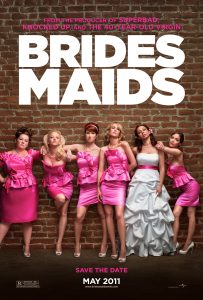 We are told that marriages work better if you are friends with your spouse. But what if one day you wake up and realise, you do not want to be their spouse, but just their friend? Well, that’s pretty much what happens when Celeste decides to divorce her husband Jesse. Celeste and Jesse used to be high school sweethearts and they married early. However, with time, they start to grow apart. The movie follows the story of these two people, as they come to terms with the fact that despite marrying their best friend, their marriage doesn’t work and they must move on. 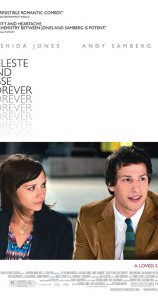 When talking about movies about heartbreak, there’s no way one can gloss over the devastating beginning of Pixar’s Up. Who hasn’t cried during the five minute montage? No one. Not a single soul. Up follows the story of a childless widower named Carl, who after the death of his wife, decides to embark upon an adventure she had always wanted to go on. Along the way, he finds an unlikely companion in a little boy called Russell. The movie is all kinds of warm and fuzzy, and would make you snort-cry like a horse down with cold. 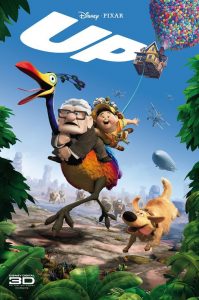 15 Best Bollywood Dialogues on Travel To Keep You Dreaming!