Islam, a religion that backs its every belief with a reason and lays out detailed guidelines to live a peaceful life. It’s one of those rare religions that has not changed its teachings with time and has remained as it is (to the most part) since its inception. Now, how Islam is practiced in countries around the world? That is a wholly different deal. When major Islamic nations—Saudi Arabia, Iraq or Pakistan—are talked of, the level of devotion to the religion may often be questioned. At times, these countries impose strict restrictions on women and on issues that generally aren’t a big deal in other countries. India, in this matter, is pretty secular and Muslims practice their beliefs however they want. So we bring you a list of things that Muslims do in India but can’t in other countries. 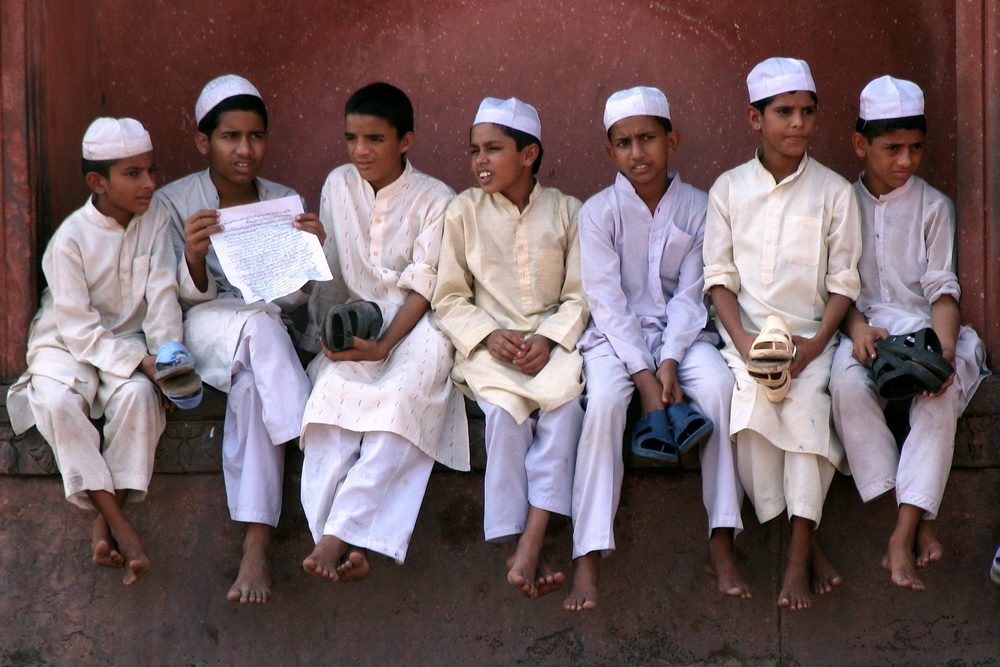 How helpless would a person feel if she/he isn’t allowed to roam or travel freely? This may shock you, but the Muslim women of Saudi Arabia aren’t allowed to travel alone (around the country)until they are 45 years old. It’s considered immoral if they do so. Not only this, women in Afghanistan aren’t allowed to leave the house without their husbands’ approval and permission. How crazy is this?! Thank God, India doesn’t impose moral policing of this level.

Get-togethers for men for women!

If you wanna go on a date to a restaurant in Saudi Arabia! Forget it. Muslim women and men in this country aren’t allowed to mingle at public places like malls and restaurants. No restrictions on chilling with family members though. Many restaurants here have gender based secluded sections as well. Woah!

Looks like there’s no love in Saudi Arabia’s air. For a country where men and women can’t mingle publicly, this may not be as big a shock but a Muslim in Saudi is not allowed to partake in any acts promoting Valentine’s Day. If shops sell heart shaped gifts or roses on 14th February, they are immediately shut down by the authorities. Kids carrying anything red in their attire to school are sent home to change clothes. This is done to discourage dating! A bit extreme, don’t you think?

You can’t beat your spouse here. And we’re glad!

Doesn’t matter how heinous it sounds but in Pakistan, apro wife-beating bill was proposed by the council. The bill states that a man may “lightly” beat his wife to keep her in discipline. If she doesn’t dress up as per his desires or refuses to bathe after intercourse, the man is allowed to whack her. Although lightly. But that doesn’t make this law valid. However, we’re glad Indian Muslim women don’tgo through this ordeal.

Can freely wear a Burqa!

Sheer devotees of Islam follow it by heart! Be it wearing Burqa in public or praying 5 times a day. But a country as ideologically advanced as France may choose to disregardreligious teachings. For instance, the women of France are banned from wearing Burqa in public. The reason behind this restriction is that covering oneself in public goes against the country’s motto of living together—“vive ensemble”. Okay France!

Men are free to style their hair the way they want!

You’re a fashionable guy in India! That’s okay! But you’re a fashionable guy in Iran, then it may not be so. A major Muslim country, Iran was getting increasingly influenced by Western culture. So, in an attempt to boycott this influence, Iranian authorities came up with a catalogue of haircuts for Muslim men. One should only go by that catalogue, if not so then get ready to be penalised. Ponytails and spikes are a few of the banned hairstyles in the country. Luckily, no such silly restriction in India.

Fancy a movie over the weekend? Looks like Netflix is the only option you have ‘cause theatres aren’t there in Saudi Arabia, except in private compounds. The rationale behind the ban of cinemas is that movie-going allows men and women to mingle which may result in engaging in immoral actions. All this so that opposite sexes can’t act upon their attraction.

India, though infected by intermittent Hindu-Muslim riots, is one of the most secular countries and thankfully, doesn’t put conditions on how one should practice one’s religion. The vast community of Muslims is second largest in our nation and freely practices its beliefs. Here’s to India!

15 Best Dialogues From Peaky Blinders That Are Simply Awesome