Born to a modest family, Napoleon Bonaparte died as one of the greatest historical figures of the 20th century. How did he make this happen, you must be wondering. He infected people with his sheer passion to fight for a new France. His revolutionary ideas, ways of working and Napoleon quotes throw light into the attitude of the French icon that made him one of the greatest war commanders in the history of the world.

Spearheading complete transformations to the army structures, he was the first one to realise the importance of artillery. It was through his tactical brilliance and speed of conquest that he became the greatest generals of all time.

We bring to you some Napoleon quotes that show why he commanded that sort of respect.

1) History has a lot of leaders who excelled at some aspect of warfare. Napoleon pretty much excelled at them all. 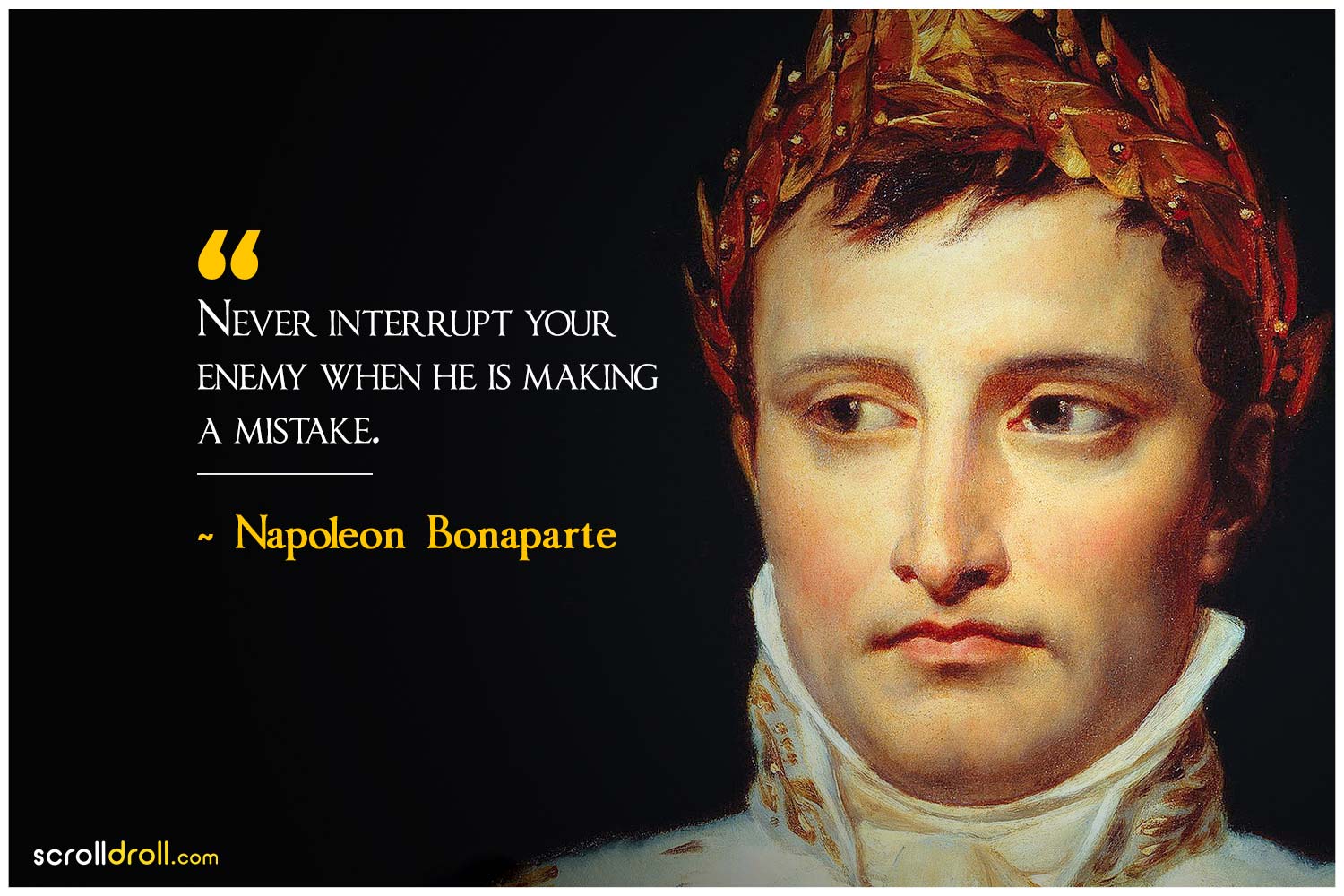 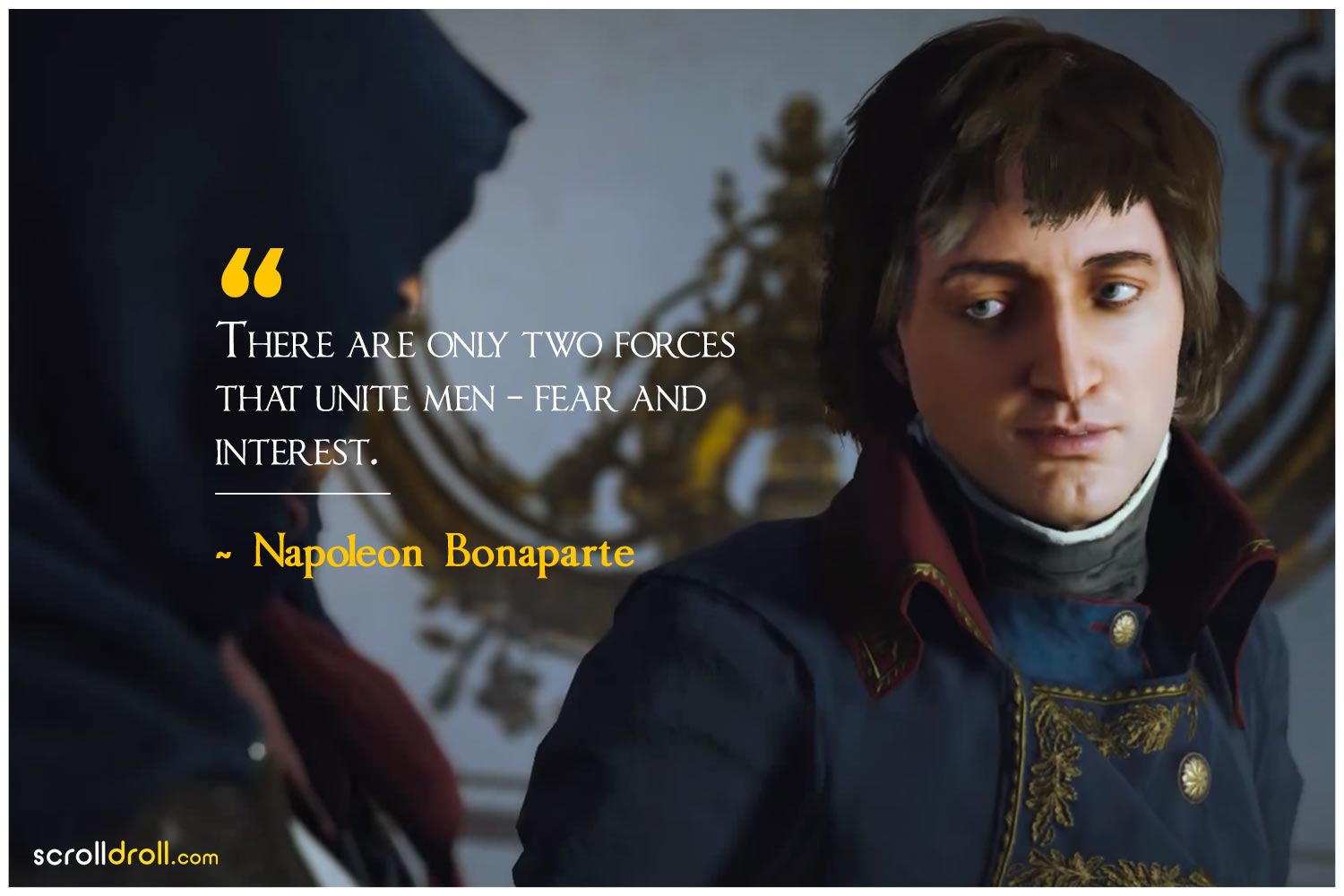 3) Napoleon had a certain charisma around him. Extremely knowledgeable of military tactics, he used each one of them to become a confidence-inspiring motivational leader. 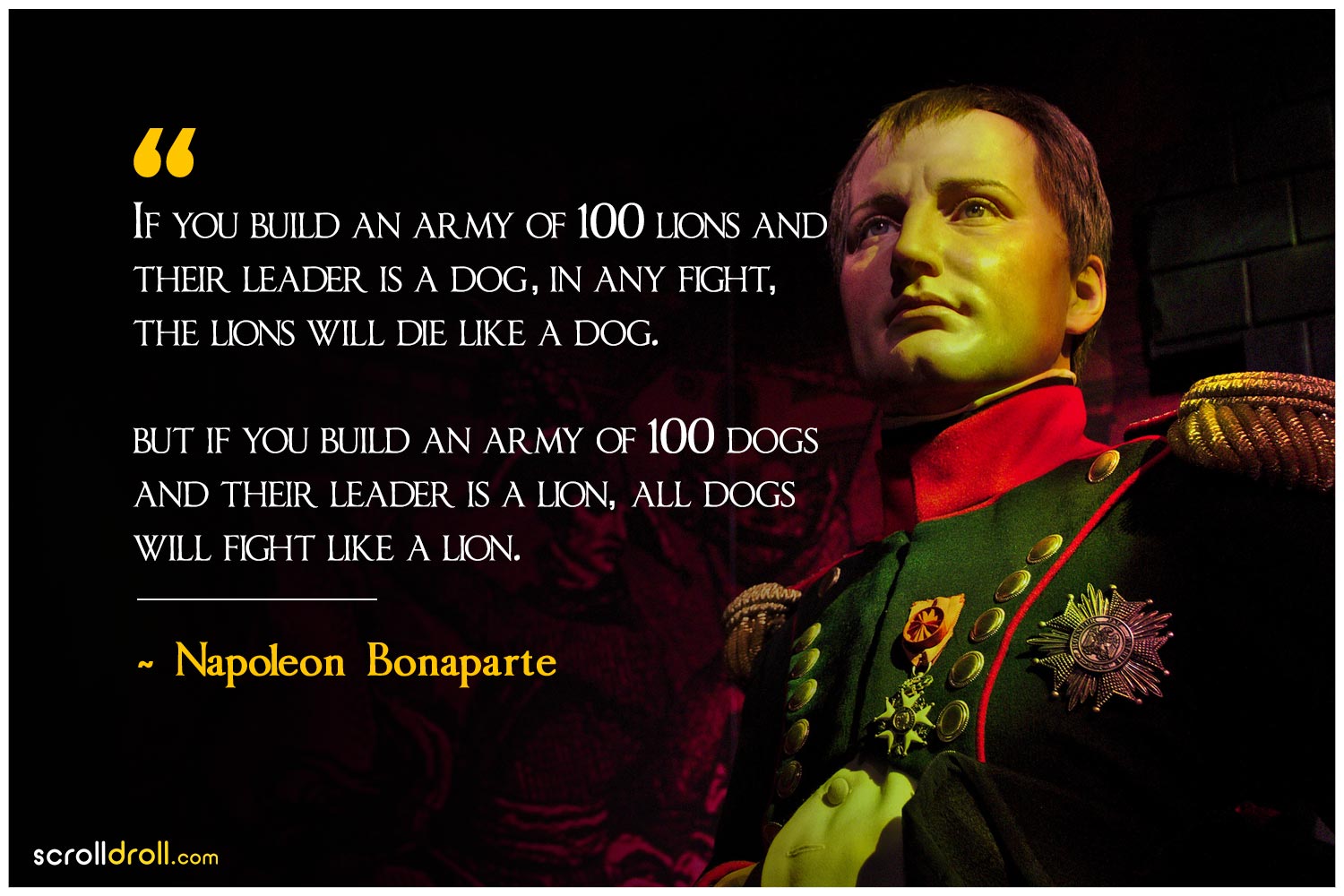 4) How else do you expect someone to commit an entire state to fight for him? 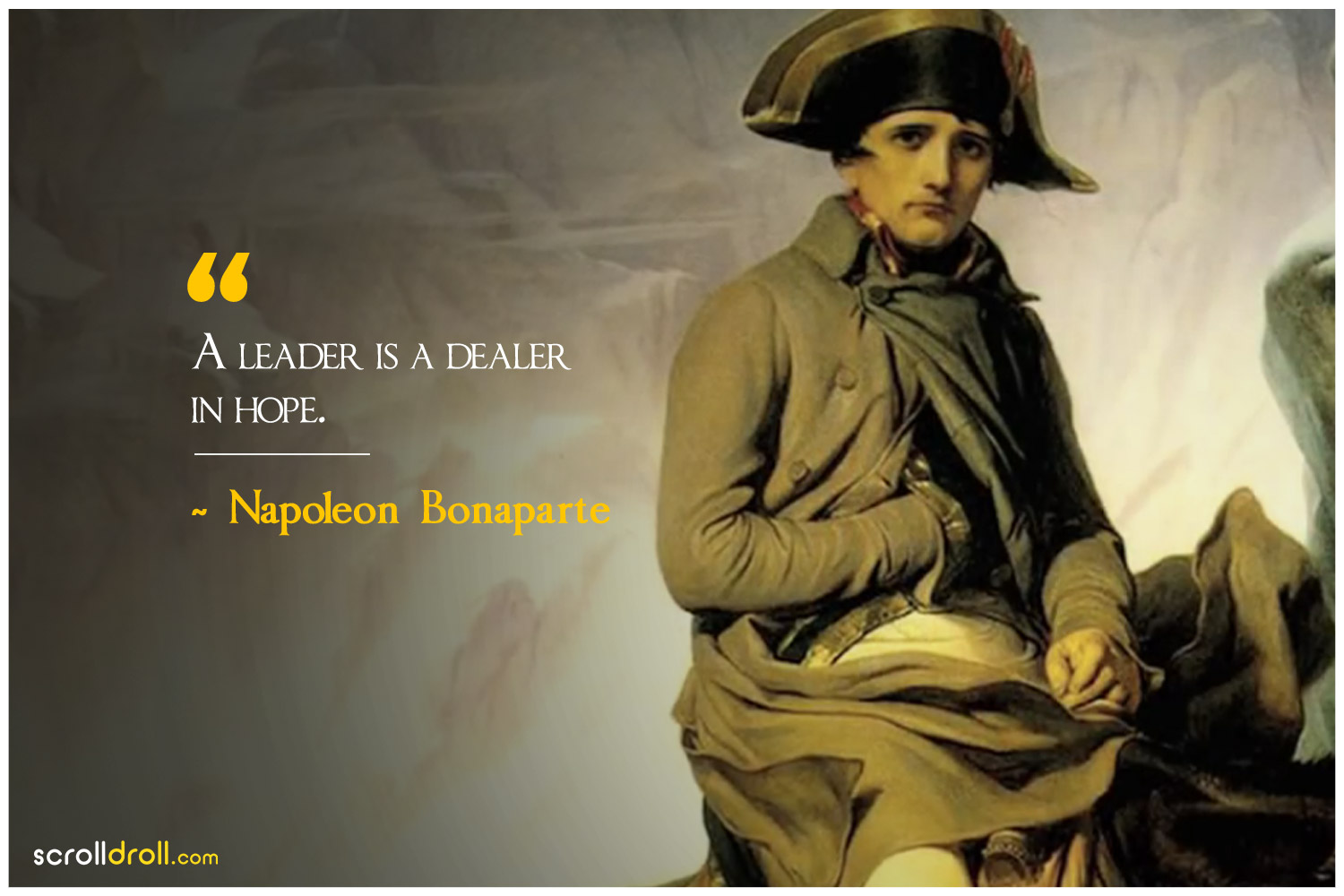 5) The cardinal mistake most of his contemporary military leaders committed. 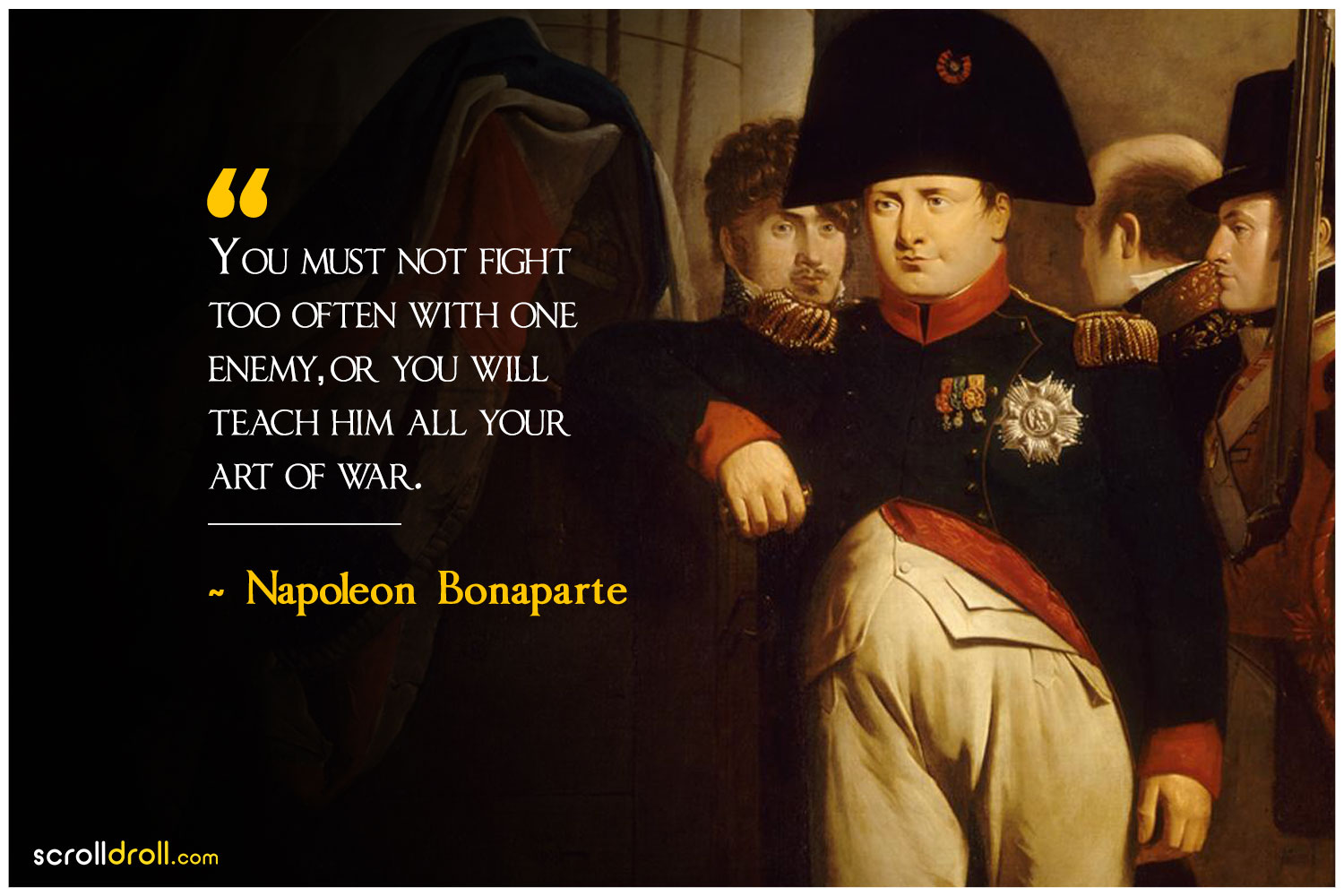 6) To have the courageous standing beside him, Napoleon acknowledged merit. He chose men who could withstand the war and get the job done. 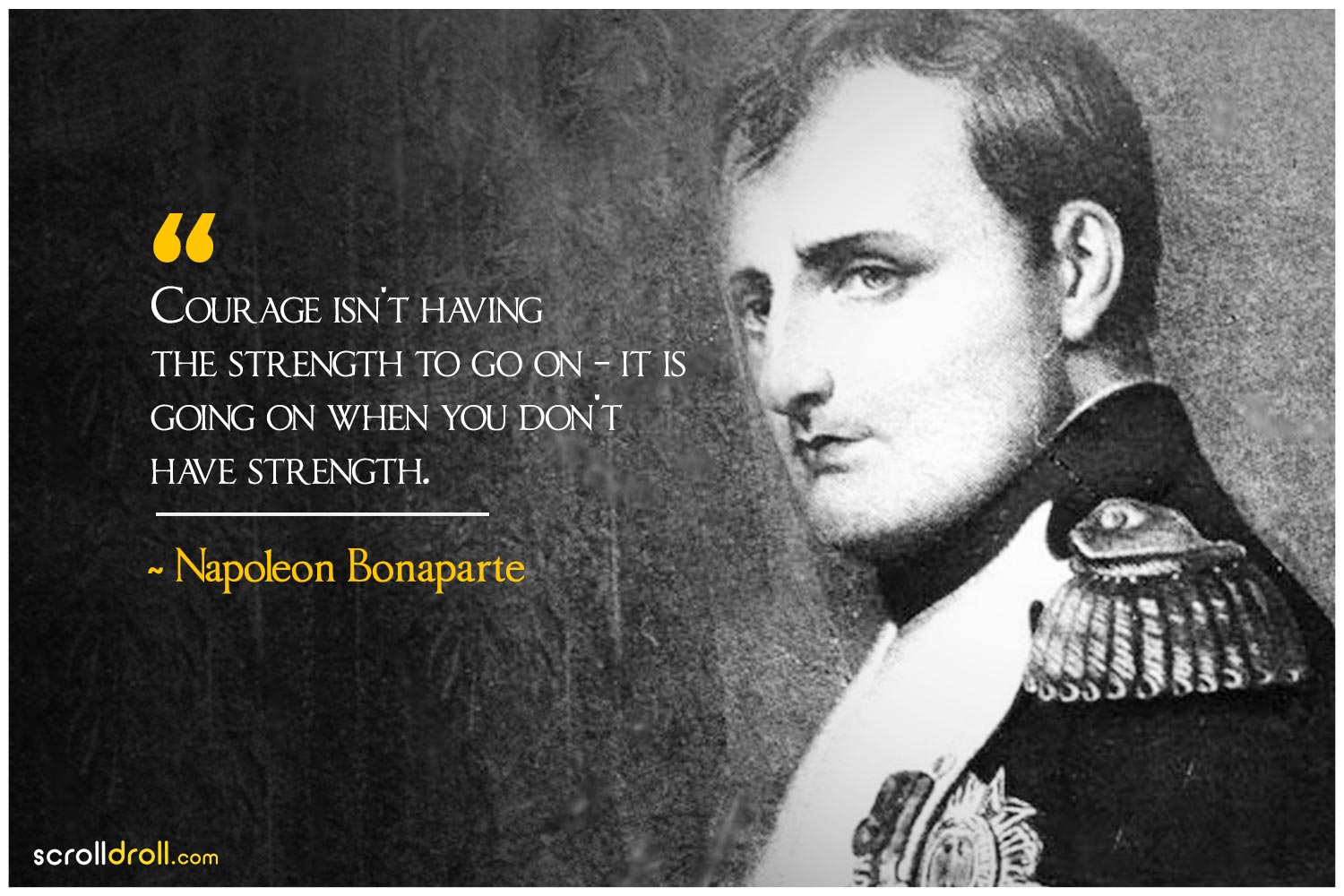 7) Walking this talk, Napoleon had captured most of West Europe by the age of 30! 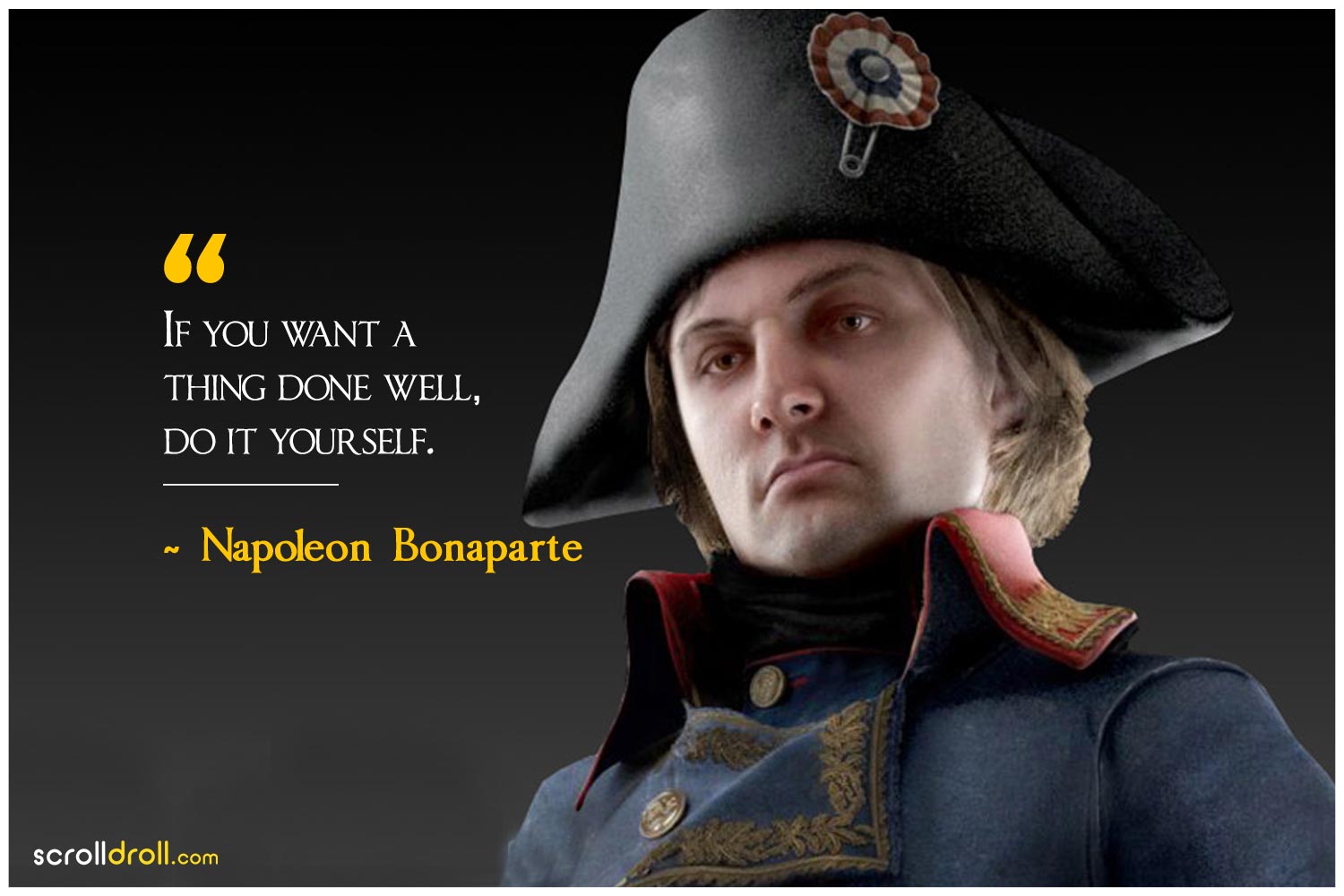 8) The power which he used to perfection 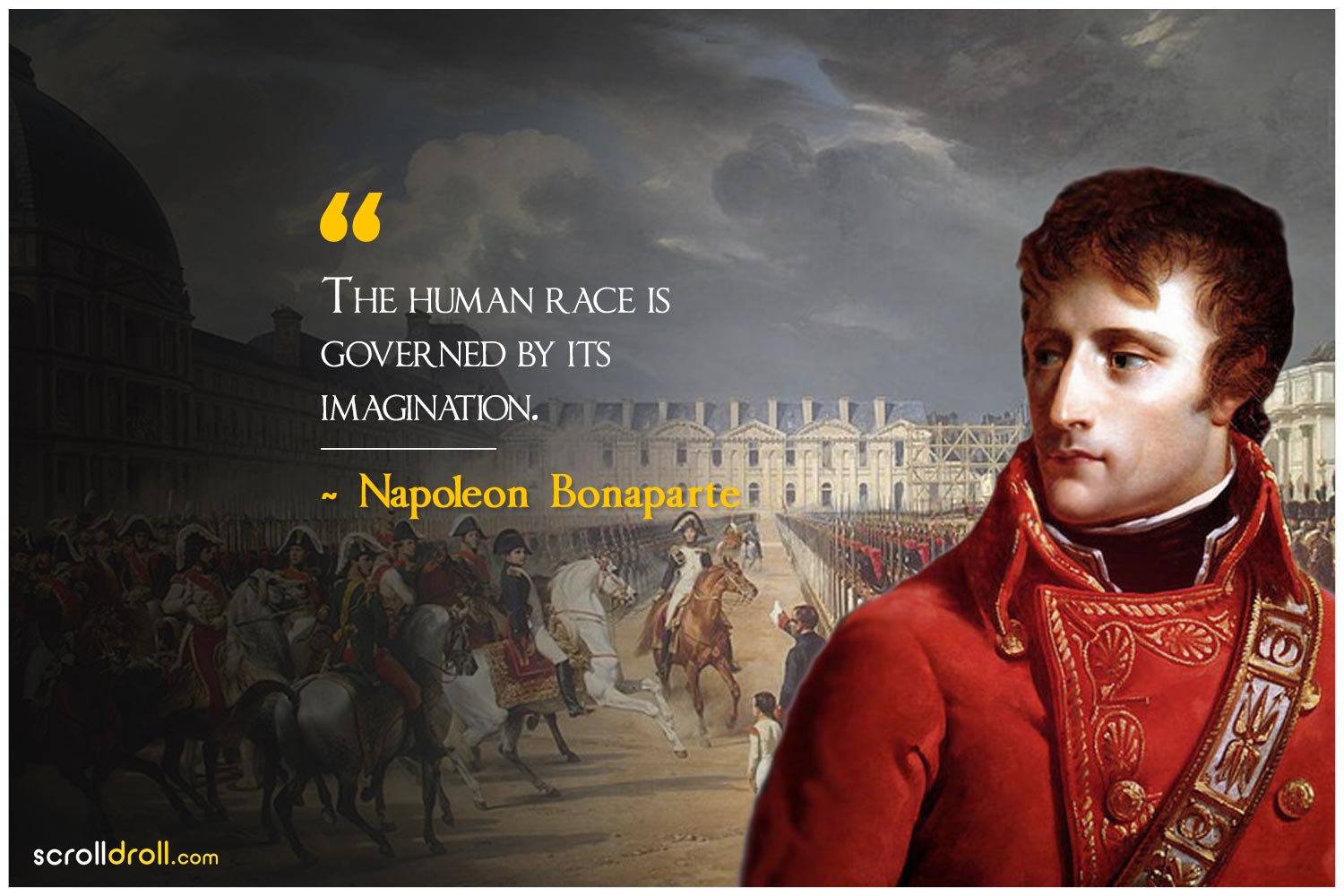 9) You’ve got to trust him when he says this. A man who transformed a state crippled by decades of internal strife into a military powerhouse which rulers across the world feared. 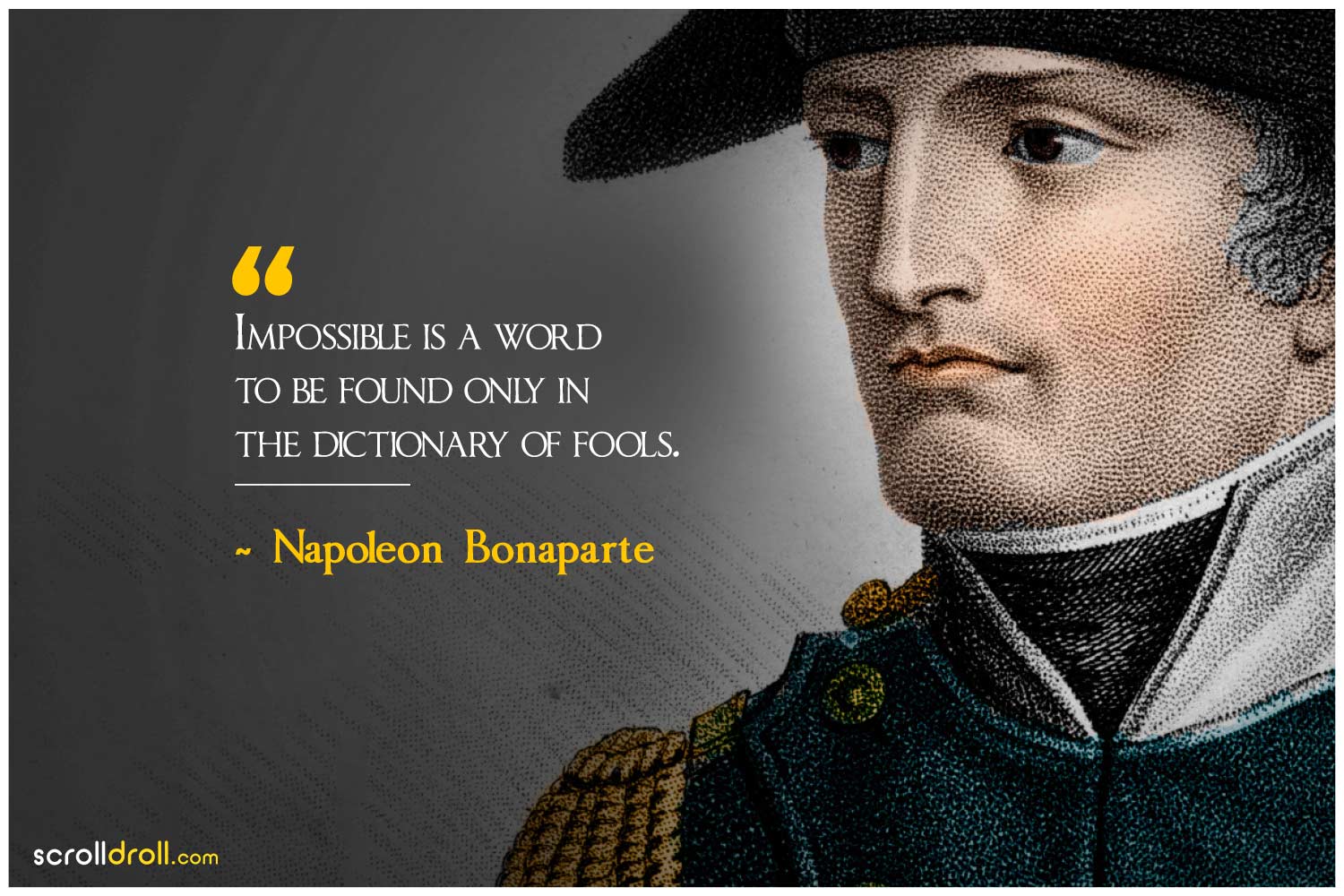 10) It was through sheer perseverance he rose to the top ranks. And never stopped … 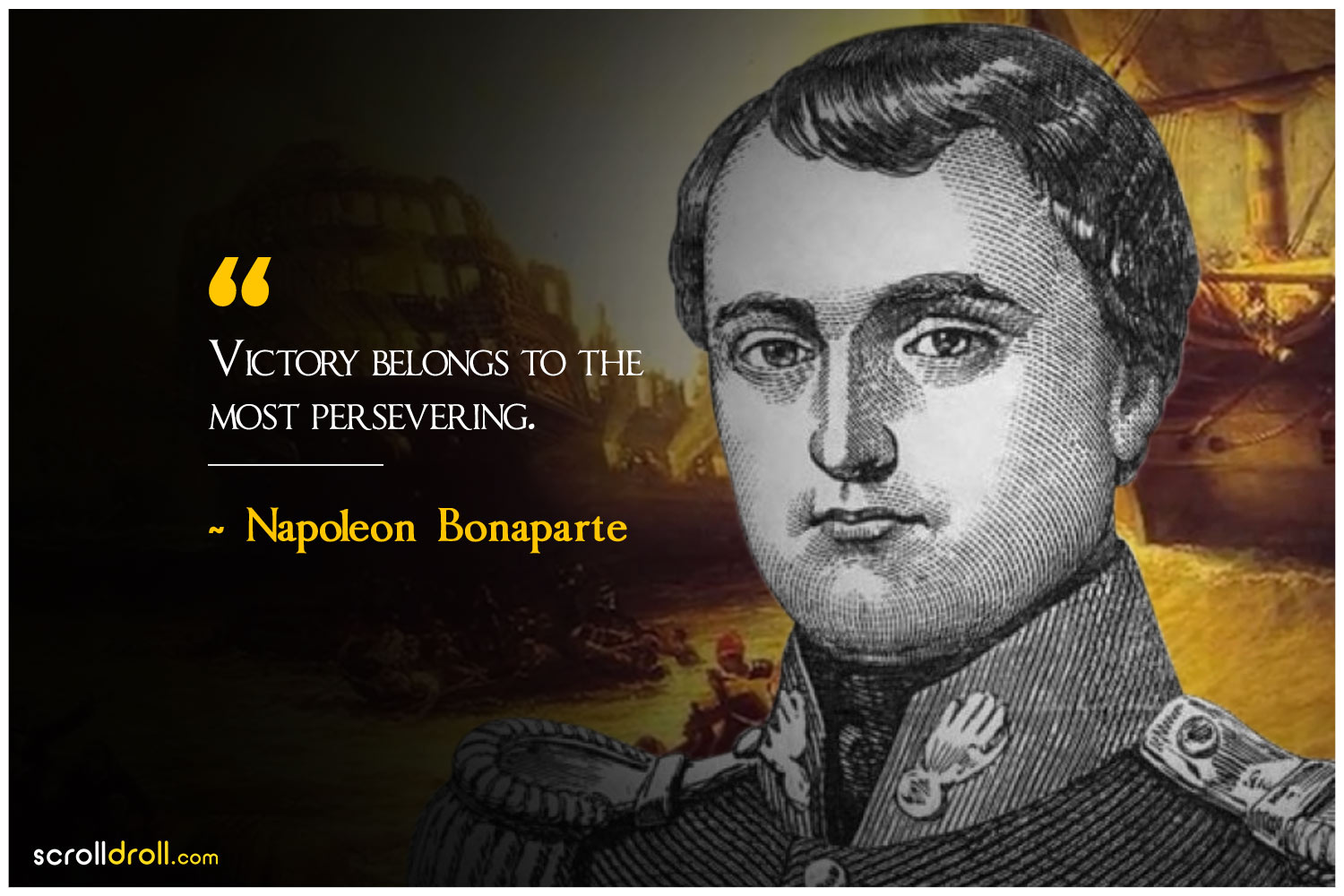 11) With this fearlessness, he beat every opponent, though sometimes he had some near runs. This fearlessness of the Napoleonic armies made sure that even their failures were epic. 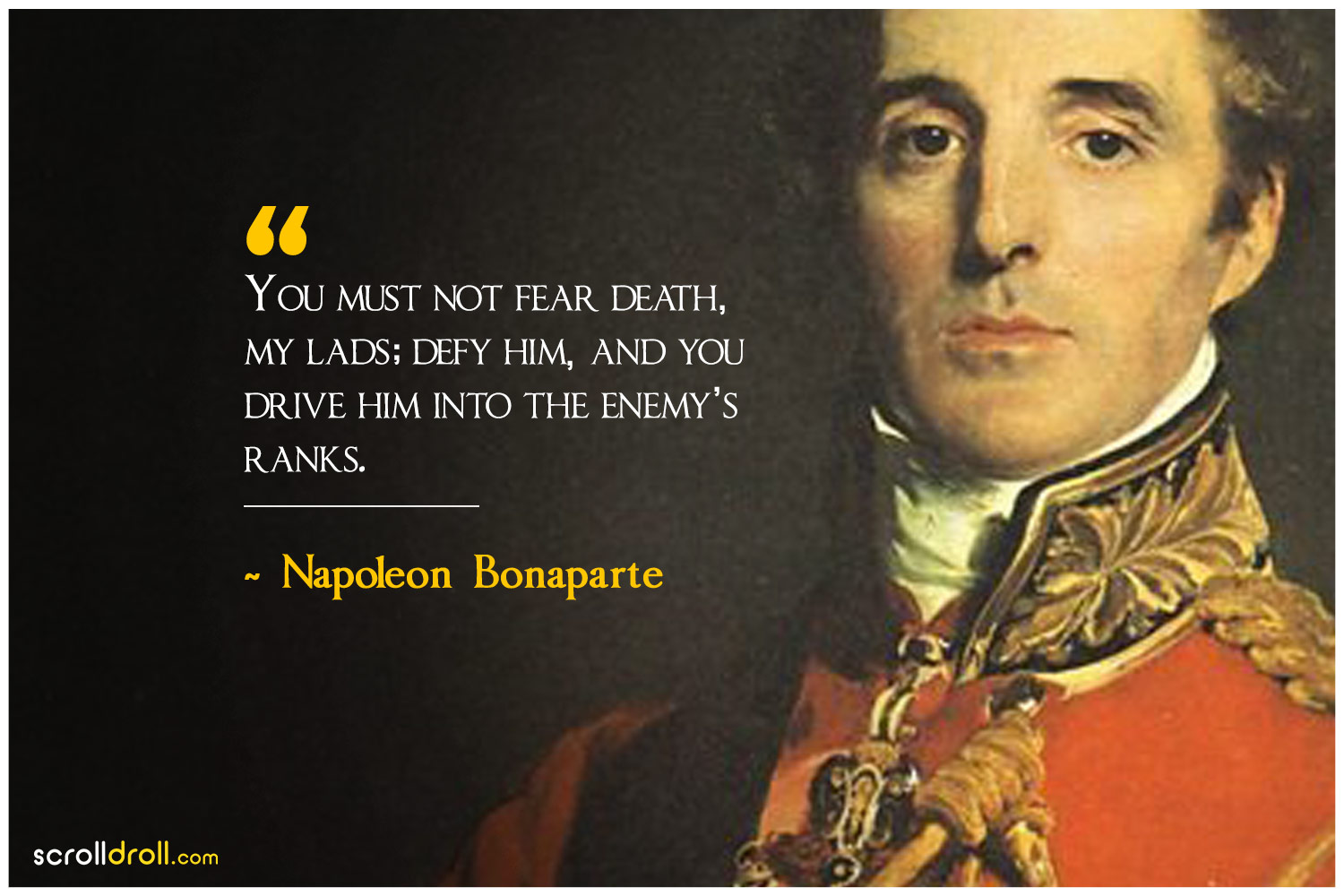 12) Some people are born for certain things. Napoleon was born to be a military leader.

13) Advised and suggested by an army of men whom he knew were truthful and brave, he was able to adapt and react to changing conditions on the battlefield. Something his counterparts lacked. 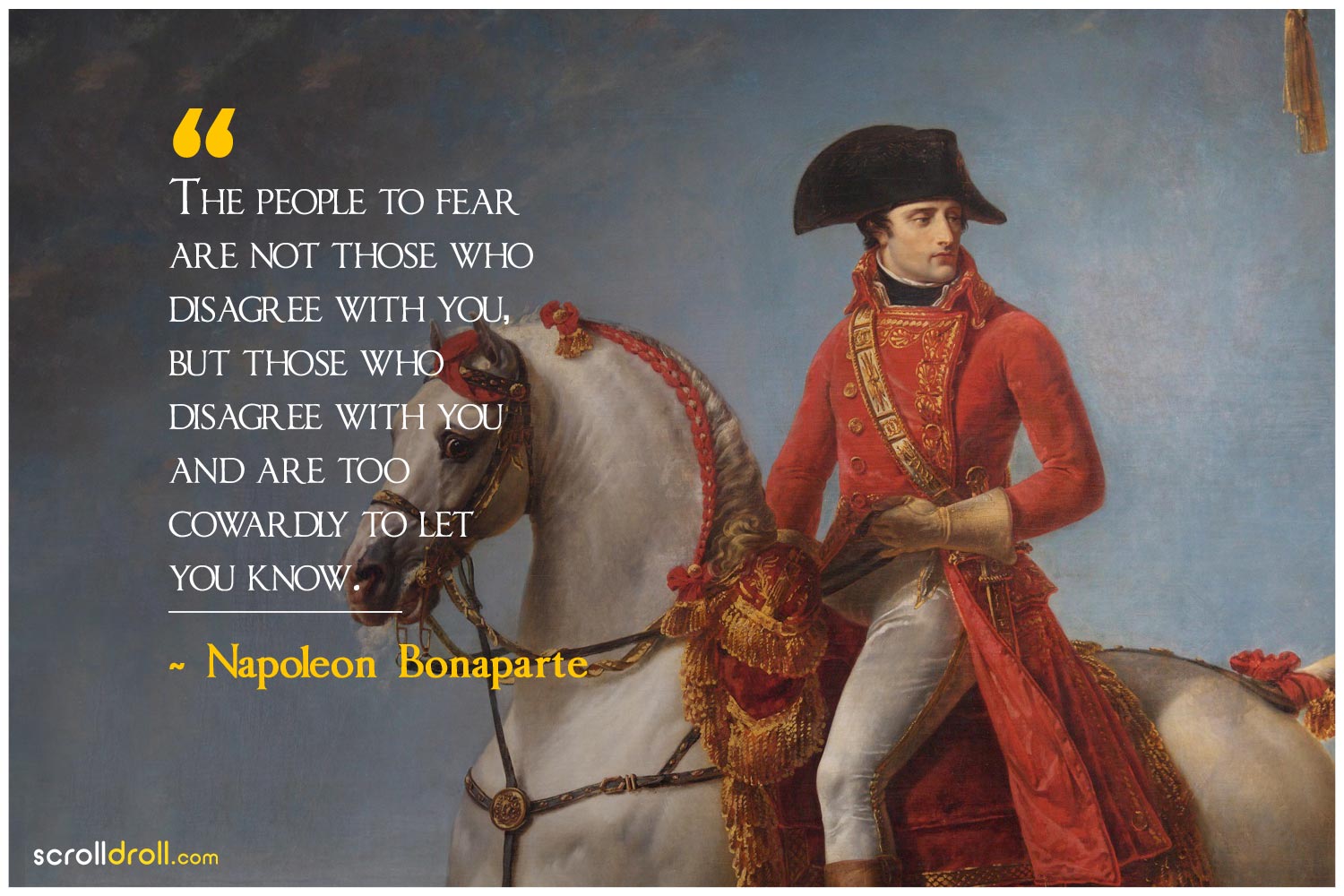 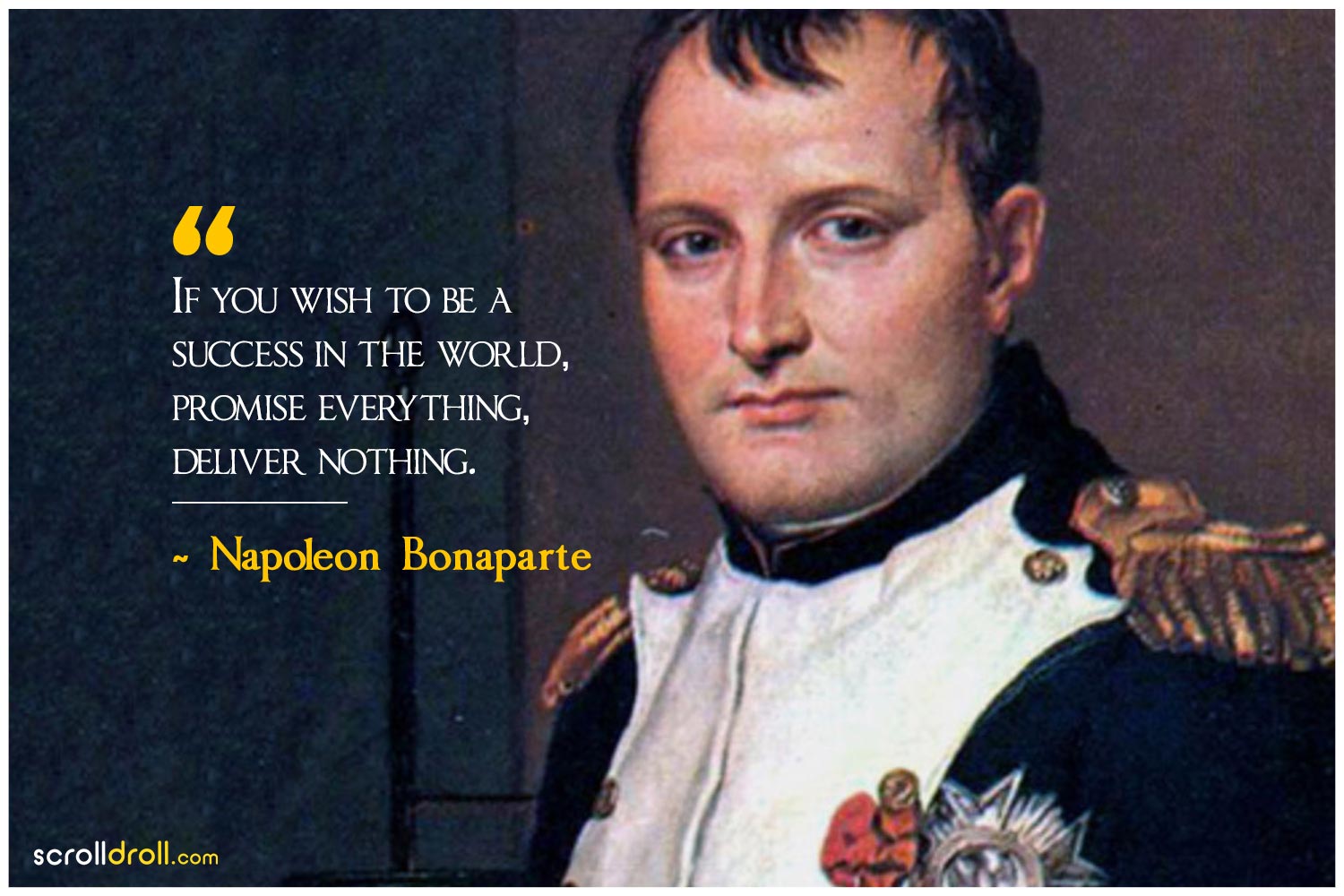 Can you imagine how it would have felt fighting for a leader like him. Someone who trusted your competency not nobility and your judgements. That’s why his generals were fiercely loyal to him, while his men were possessed by the infused sense of revolution.

It just shows how loved he was and why despite being termed a warmonger by some, he still remains an icon in military case studies. Tell us why you like or dislike him and your favorite Napoleon Quote in the comments below!