How did a boy from a small town created a unicorn start up? Read the story of Alakh Pandey to find out his net worth & more!

Physics Wallah is one of the most popular online ed-tech platforms, but did you know who’s the mastermind behind it? It is Alakh Pandey, a motivational speaker, and Indian online educator. Read out this article to find out more about Alakh Pandey’s Net worth, Early Life & Education, and much more!

Net Worth of Alakh Pandey

As per various sources, Alakh Pandey’s net worth has been estimated to be around Rs 98.6 crores. His main source of income is his YouTube channel which has over 9 million subscribers on the platform. Impressive, isn’t it? He is also the founder of India’s unicorn startup, Physics Wallah. He teaches the students who are preparing for NEET, NDA, JEE, etc. His channel receives approximately 1.5-2 million views every day! 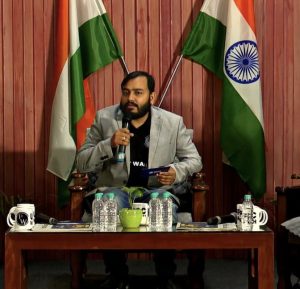 Alakh Pandey was born on 2 October 1991 in a Hindu family in Prayagraj, Uttar Pradesh.

He completed his early schooling at the Bishop Johnson School.  Due to financial difficulties, he began tutoring students in your classes during his school days. He was always highly determined in his studies and scored up to 93% in 12th grade.

After graduating from school, he started preparing for engineering. He got accepted into Harcourt Butler Technical Institute but had to drop out in his 4th year due to financial issues. He topped the entire college by scoring 80% in physics with his hard work.

He began his YouTube career in 2015 by providing online as well as offline coaching. He met with difficulties in his initial years as the videos he uploaded for 12th-grade students did not perform well. However, in 2017, when he started uploading videos for students of class 10th, he received a great response from them.

He received even better responses from the children of the ICSE board, which earned him 10 thousand subscribers. He started earning from YouTube when his channel got monetised. Ever since then, he worked consistently towards building a bigger community.

He’s widely appreciated by students studying physics and medicine for his unique teaching style. The best thing about his YouTube channel is that the audience comprises students from various parts of the world like Bangladesh, Nepal, Pakistan and Dubai.  In the upcoming time, Physicswallah is planning to provide educational material in nine different languages!

So that was the journey of Alakh Pandey, a man from a small part of India who created a Unicorn start-up from scratch!