The Adani Group, one of India’s top 3 industrial giants, was founded and is led by Mr. Gautam Adani. The market capitalization of the seven publicly traded companies that make up the Adani Group is more than $242.73 billion (as of August 29, 2022). Each of the Group’s business sectors has developed a dominant position in India. Tens of thousands of employees have been generated by each of his industrial endeavors. But do you know what is the total net worth of Gautam Adani? Scroll down to know about his net worth, family, education, and much more.

Who is Gautam Adani? 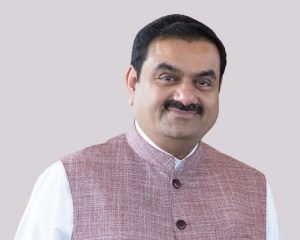 Gautam Adani is the founder and Chairman of Adani Group, which is a global business engaged in port operations and development in India. Mr. Adani was born on 24 June 1962 to parents Shantilal Adani (father) and Shantaben Adani in a typical Jain family in Ahmedabad and grew up along with his 7 siblings.

Gautam Adani completed his education at Ahmedabad’s Sheth Chimanlal Nagindas Vidyalaya. He then joined Gujarat University to pursue a bachelor’s in commerce, but left it in the first year itself. Adani was driven towards business from the very beginning. He started his career in 1978 when Gautam Adani moved to Mumbai to work for Mahendra Brothers. Then the rest as they say is history.

Net Worth of Gautam Adani

According to the Bloomberg Billionaires Index, Gautam Adani’s net worth topped $125 billion on Monday. He has also surpassed Mukesh Ambani’s net worth which stands at $87.9 billion. Adani, who previously ranked fifth, has become the richest man in the world after increasing his wealth by $12 billion this year. In addition to fossil fuels, Gautam Adani’s business now offers renewable energy, airports, data centers, and government contracts.

Adani Group has established itself as the market leader in its energy utility and transport logistics portfolio sectors with a focus on large-scale infrastructure development in India and O & M processes that are benchmarked to international norms.