The most beloved cricket player of India, Virat Kohli is a true inspiration to millions of people. Read this article to find about his net worth & much more.

Ask someone about their favourite cricket player and the first name that would pop up in their head is none other than the sensation Virat Kohli. The former captain of the Indian cricket team has won the hearts of millions of people worldwide. Dive into this article to discover all about Virat Kohli’s net worth & cricket journey. 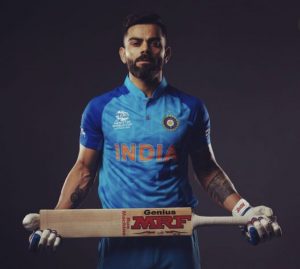 As per various sources, Virat Kohli’s net worth has been estimated to be of ₹1040 crores (Source: Sportskeeda). He’s an A-grade player with a monthly income of more than ₹1 crore. His games are the main source of his income, however, being incredibly popular he receives a high number of endorsements as well as he has signed deals with companies like Boost, Manyavar, Cinthol, Reebok, Heads & Shoulders and Nestle India. Coming to investments, he has put money into Blue Tribe, Chisel Fitness, Sports Convo and a couple more companies.

Kohli was born in New Delhi on 5 November 1988 in a Punjabi Hindu family. He started showing interest in cricket when he was three years old. His father was a criminal lawyer, whereas his mother is a housewife. He has two siblings as well- an older brother and a younger sister. Virat completed his schooling at Vikas Bharti Public School & Saviour Public School.

His father supported him to pursue cricket as a career when their neighbours suggested that Virat carries real talent & potential for the game which shouldn’t get wasted. Prem Kohli, his father got him admitted to the West Delhi Cricket Academy, where he was trained under coach Rajkumar Sharma. As per Sharma, Kohli was utterly hard-working and carried a positive attitude. 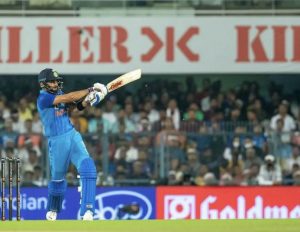 The first professional match that Kohli played was for the Delhi Under-15 team in October 2002 where he was crowned as the leading run-scorer for his team with 172 runs. He got the opportunity to play in multiple leagues like Vijay Merchant Trophy, the Indian Under-19 squad, etc. where he performed impeccably.

He started gaining recognition for his tremendous performance and participated in his first international match in 2008 against Sri Lanka. His selection was described as a surprise call as he had only played 8 list matches. He even played in the Champions Trophy and participated in several other tours. In 2011, he made his test debut against West Indies. He got the opportunity to ascend towards the vice-captaincy of the Indian cricket team under MS Dhoni.

Kohli’s brilliance with the bat was combined with his excellent leadership skills when he became the captain of the Indian team. It was undeniably his presence that lead India to win so many tournaments.

Inspiring, isn’t it? He’s a true example of the fact that hard work and dedication can do wonders.

Also read: Net Worth of Shahrukh Khan: How Much ‘The King Khan’ Earns?

Legendary basketball players who have been honored with their statue