What Do The Numbers On Indian Railway Coaches Mean? 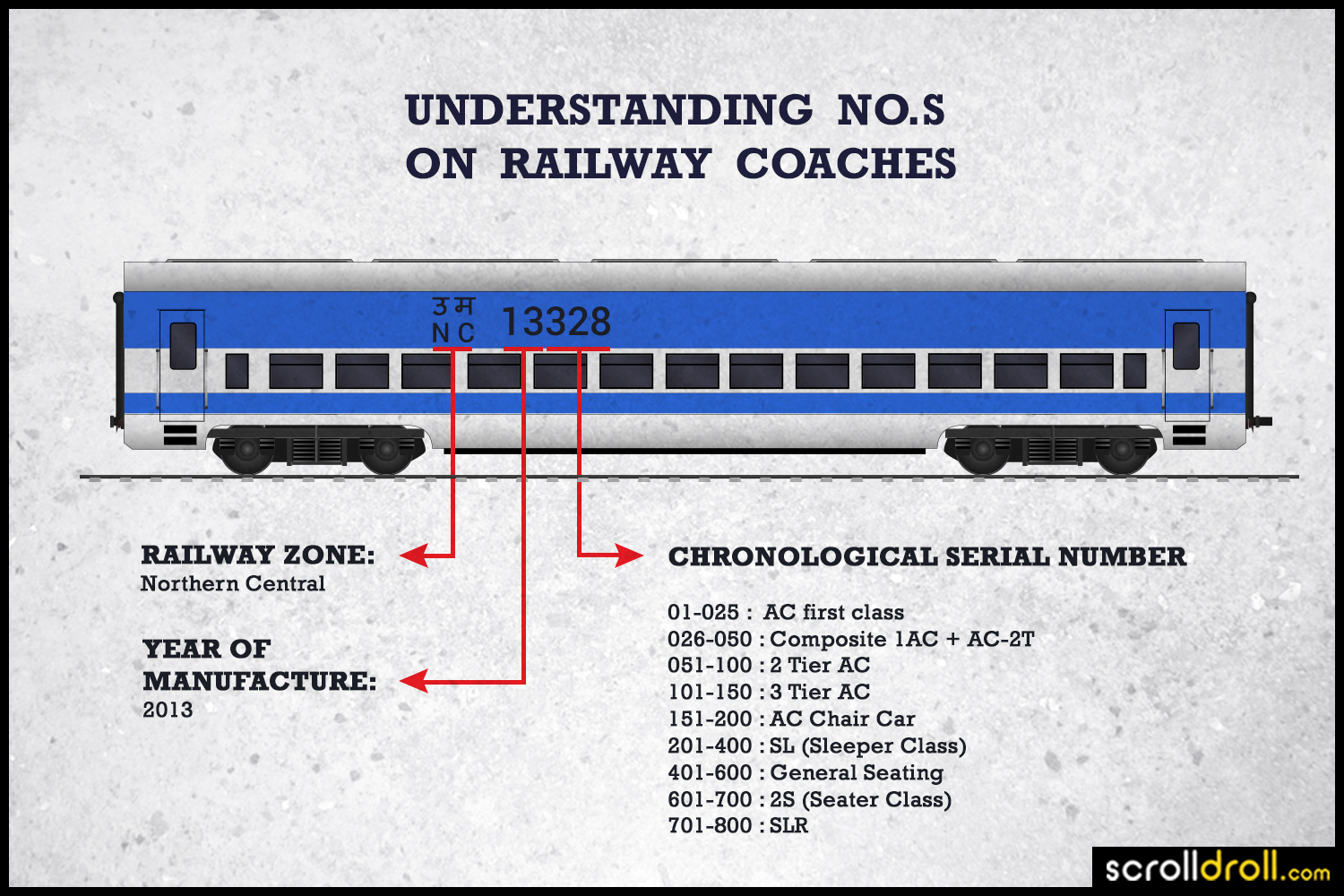 Just like the many things we see but don’t understand, the numbers and codes on the railway coaches are one of them. Take a look at what they mean.

The first two alphabets in the beginning represent the Railway Zone.

There are seven such zones.

The numbers are a group of five.

The first two being the year when the coach was manufactured, like 13 would mean 2013.

So next time you see the numbers, you know just what they mean.