Dotted with magnificent mountains, pristine valleys, enchanting lakes and stunning sceneries, Himachal Pradesh is a haven for those stung by wanderlust. Every year thousands of bikers, trekkers, adventurers and travelers visit Himachal to explore the beautiful landscapes of the state.

While destinations like Shimla and Manali have become a hub for tourists, a number of people prefer to take the road less travelled. We bring you a list of off-beat destinations in Himachal Pradesh you simply cannot miss.

One of the most remotest and beautiful Valleys in Himachal Pradesh, Spiti Valley has a number of picturesque and amazing destinations visited by only a few.

Located at an altitude of 4300 metres in Spiti valley, Chandratal is a picturesque destination for campers and trekkers. The road trip from Manali to Spiti is an adventurous drive in the challenging terrain and takes around 5-6 hours. 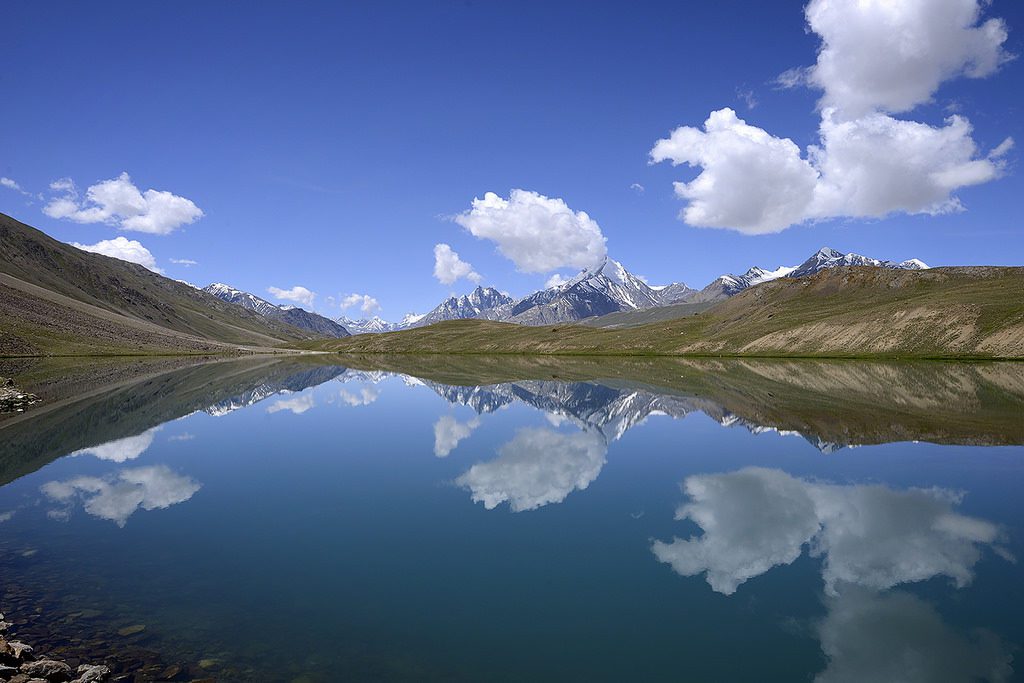 Situated at the height of 4136 meters, Dhankar is one of the most captivating and curious landmarks of Spiti Valley. The lake is a 1-2 hour trek from the village of Dhankar located between the towns of Tabo and Kaza in Himachal Pradesh. The Dhankar Village is known for it’s unique natural landscape 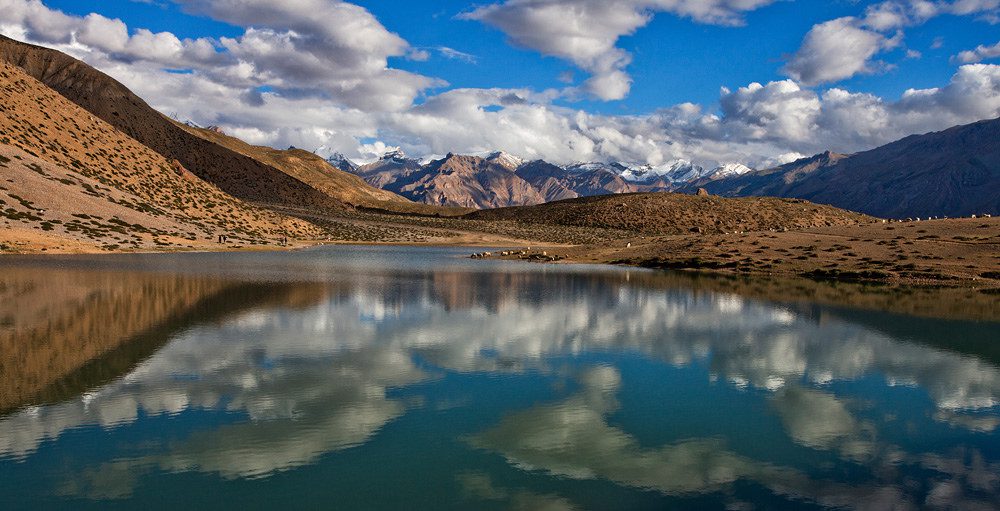 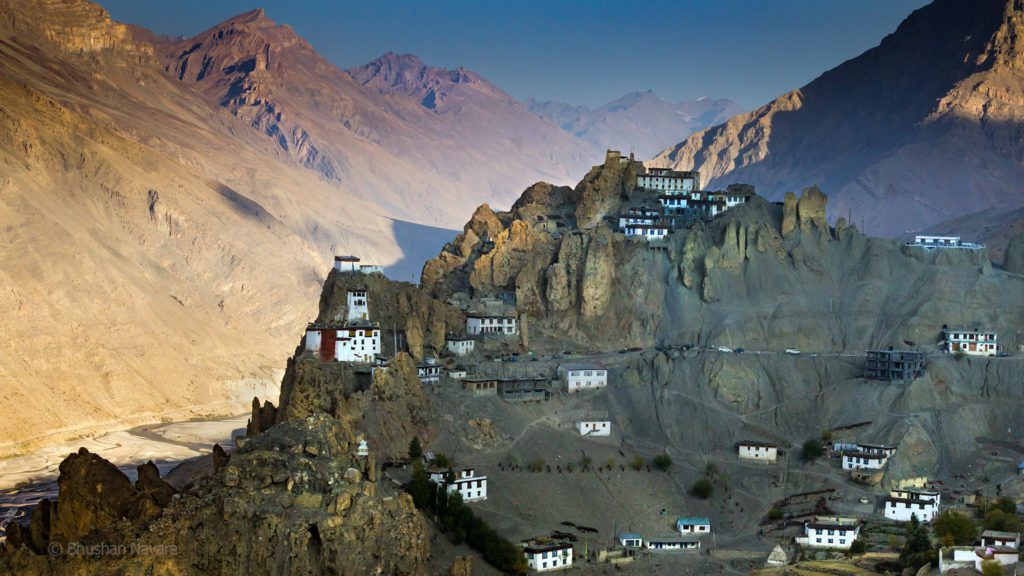 The subdivisional headquarters of the remote Spiti Valley, Kaza has a striking resemblance to Leh-Ladakh and Tibet in terms of terrain, climate and the Buddhist culture. The town is overlooked by high mountain ridges on all sides offering stunning views. 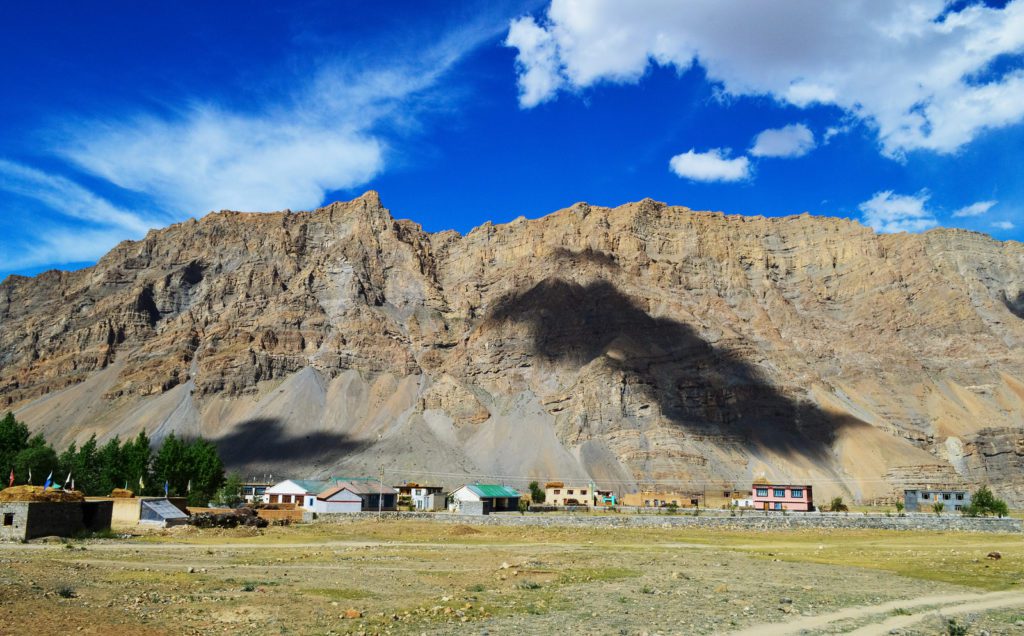 The biggest monastery of Spiti Valley and a religious training centre for Lamas, Key Monastery is located on top of a hill at an altitude of 4,166 metres (13,668 ft) above sea level. The Monastery has a collection of ancient murals and books, including images of Buddha. The wilderness and the unusual landscape along the Spiti River makes it one of the best off-beat destinations in Himachal. 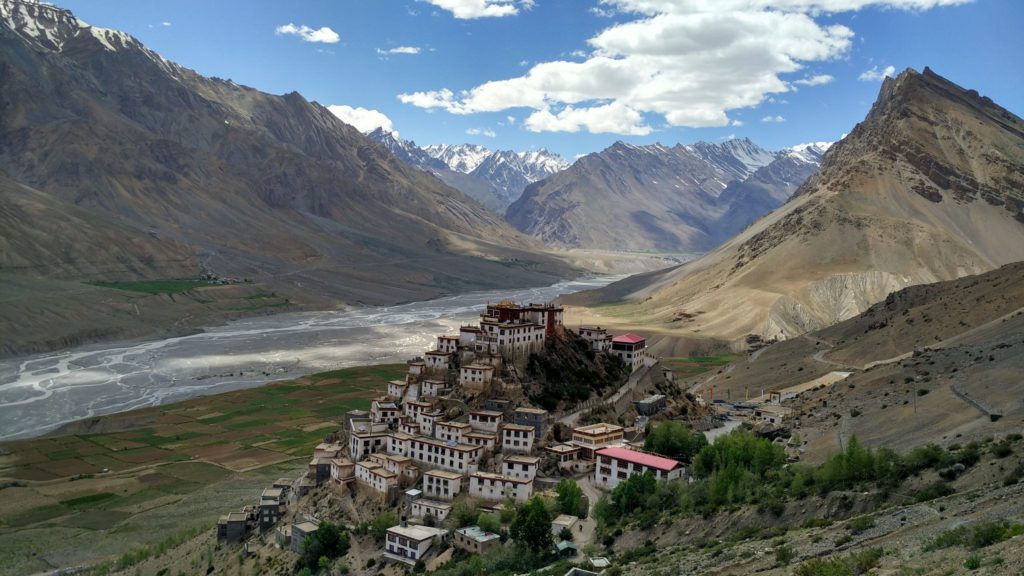 A small town nestled in the Sutlej river valley, Kalpa in the Kinnaur district of Himachal Pradesh offers breathtaking views of the Himalayan peaks. One can enjoy spectacular views of the Kinnaur Kailash peak from Kalpa especially during the sunrise. 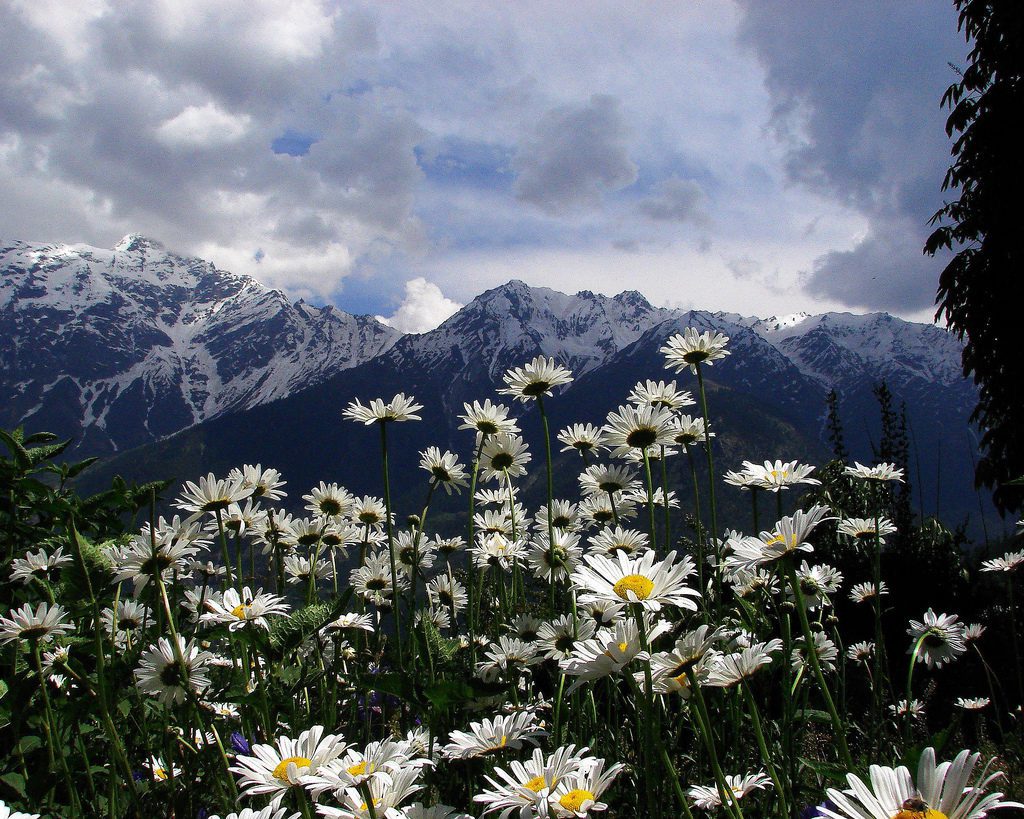 A quaint village in the Lahaul district of Himachal, Jispa is located at an altitude of 3,200 m. It is situated 20 km to the north of Keylong on the Manali-Leh Highway. Most travellers break their journey at Jispa and usually stay over night.

A high altitude lake in the Pooh sub-division of the Kinnaur district at an altitude of 3,662 metres, Nako Lake is surrounded by willow and poplar trees. One of the chief attractions of this lake is a large number of birds that flock the lake during twilight hours. 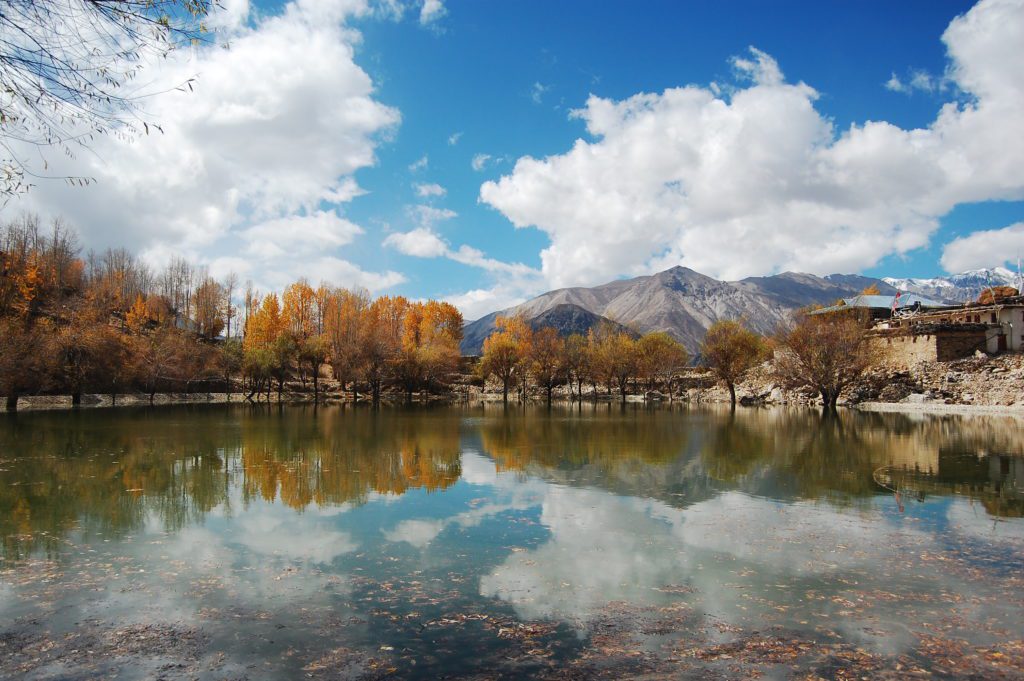 The last inhabited village near the Indo-China border at an elevation of 3450m, Chitkul is nestled in a beautiful valley along the Bapsa River in the Kinnaur district of Himachal Pradesh. 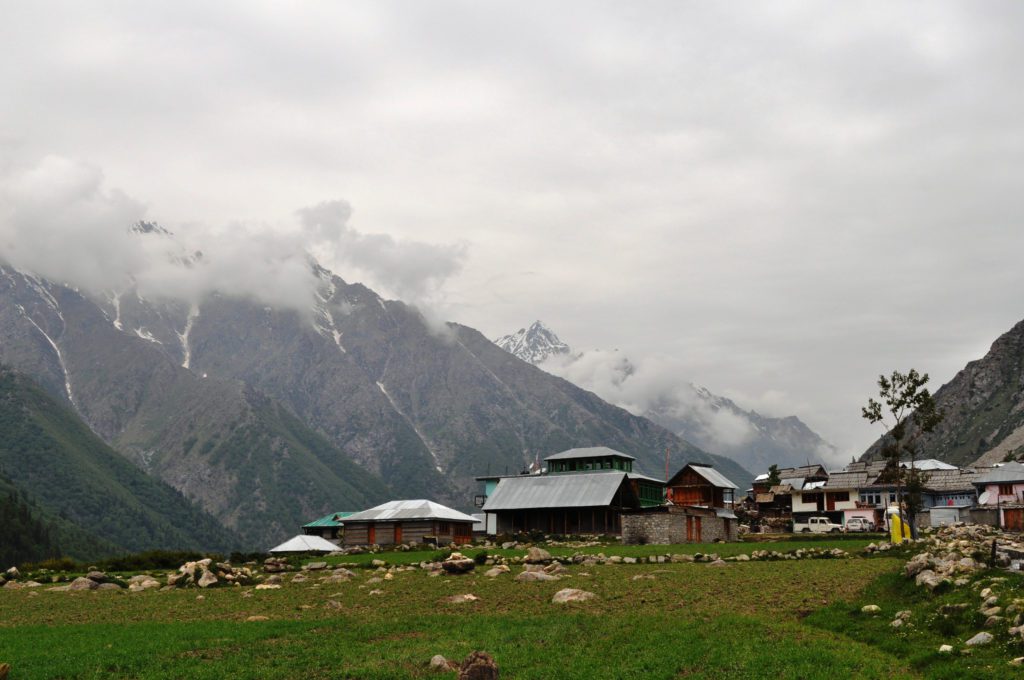 Located around 15o km from Shimla, Sarahan houses the Bhimakali Temple. It is one of the 51 shakti peethas in India. Sarahan is popularly known as “the gateway of Kinnaur”. It also served as the summer capital of the Bushara Kingdom. 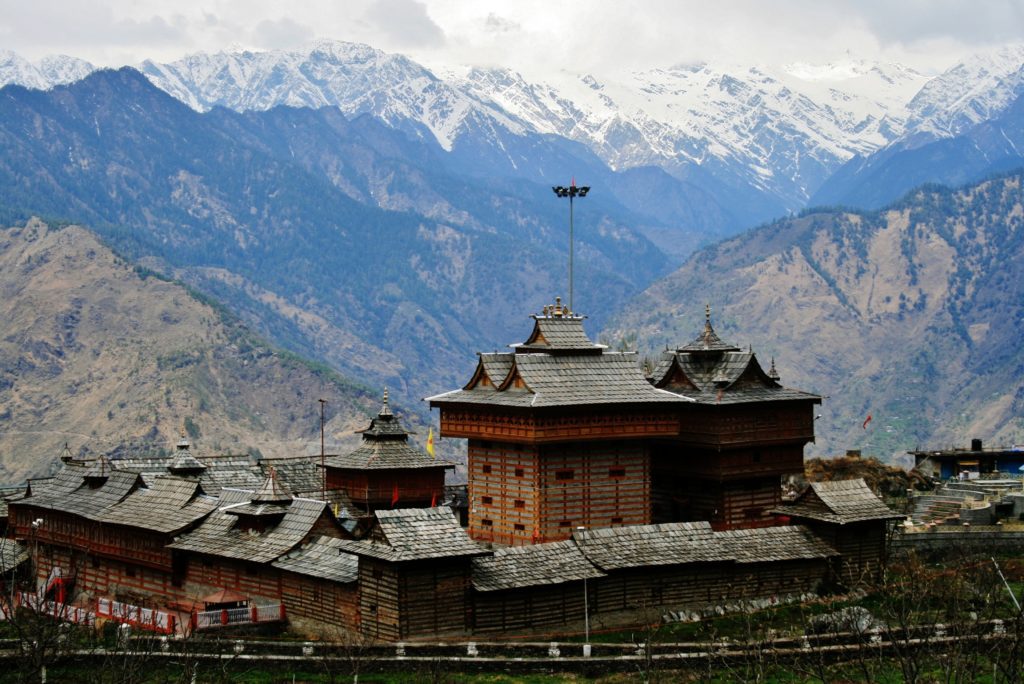 A remote and rugged valley deep in the heart of Himachal Pradesh, Pangi can be accessed through  Sach Pass. This is one of the least populated areas in Himachal and is inhabited by the Bhoti and Pangwala people. 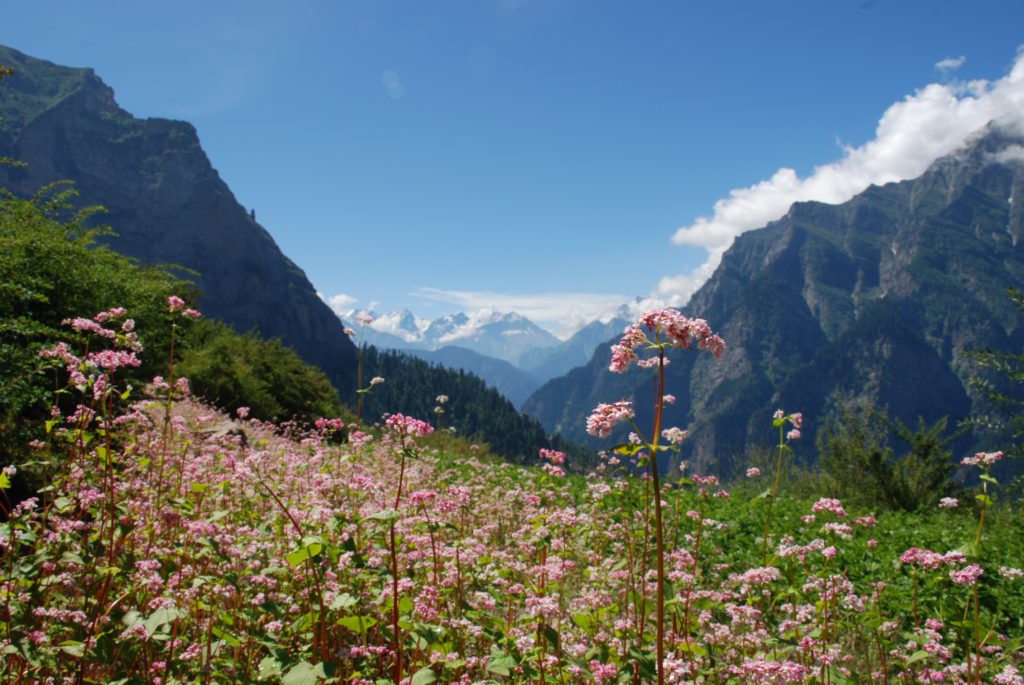 Located in the Kullu district of Himachal Pradesh, Tirthan Valley derives its name from the Tirthan river, which winds its way through it. The  river originates from the icy cold glacial springs of Hanskund, a snow-capped peak in the lush Great Himalayan National Park. 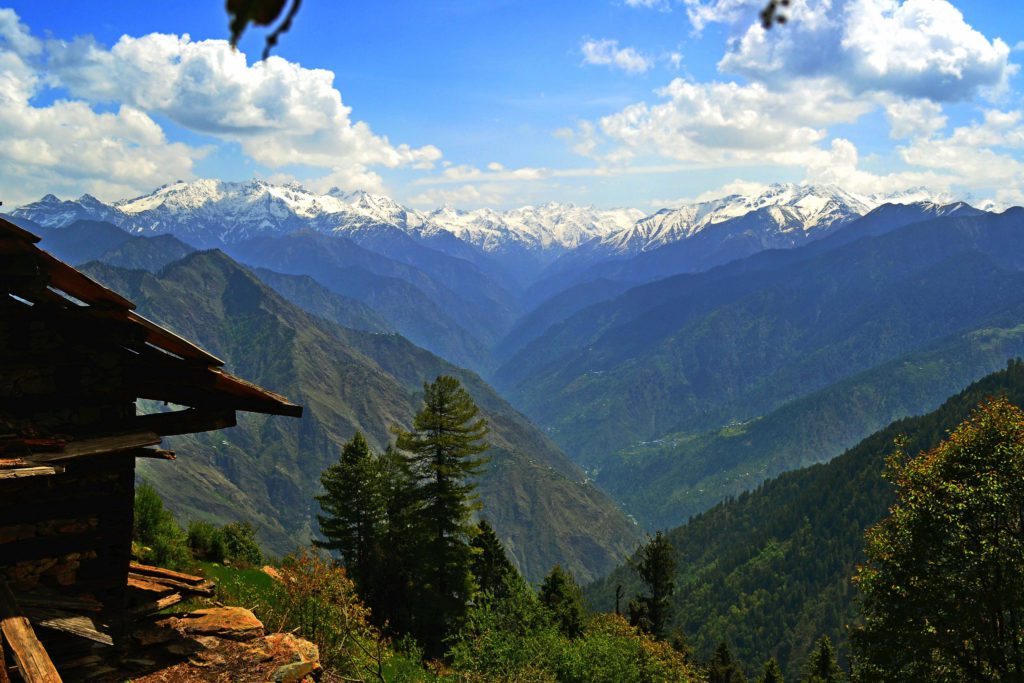 Jibhi is located about 60 km away from Kullu, in the Banjar Valley. It is a place that has not been touched by the shackles of commercialism. The quaint village is an experience in itself, and you can rediscover your love for nature here. 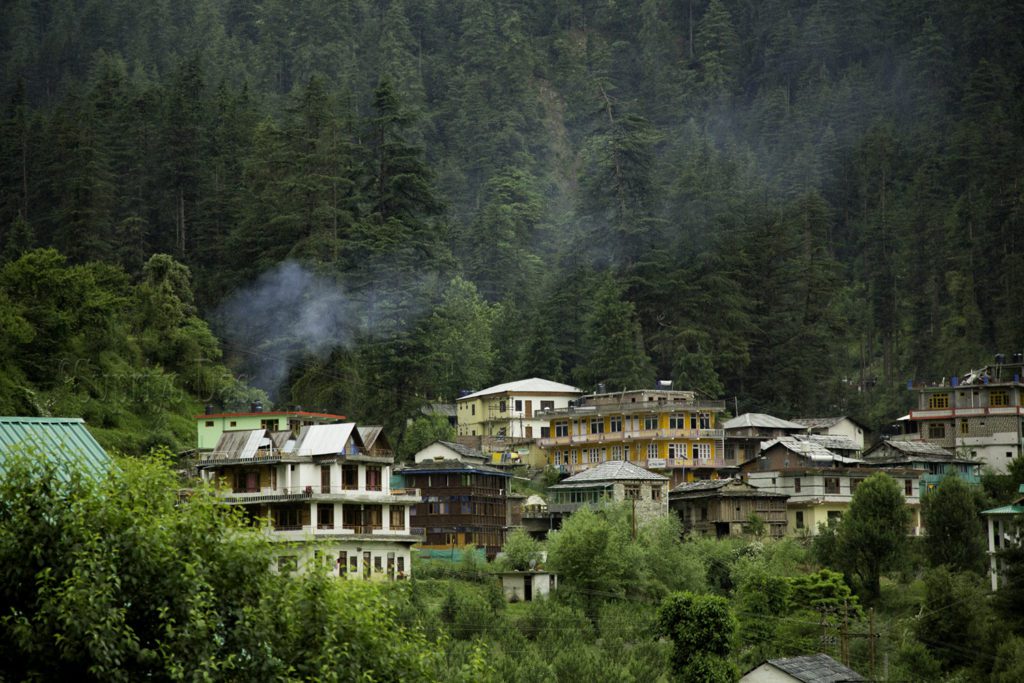 Perched at a height of 3,647 m,  Churadhar Peak is about 14 km away from Sirmour. It is known for the musk deer and monals that inhabit this area.Churdhar is a holy place related with Shri Shirgul Maharaj (Chureshwar Maharaj), a deity widely worshipped in the region. 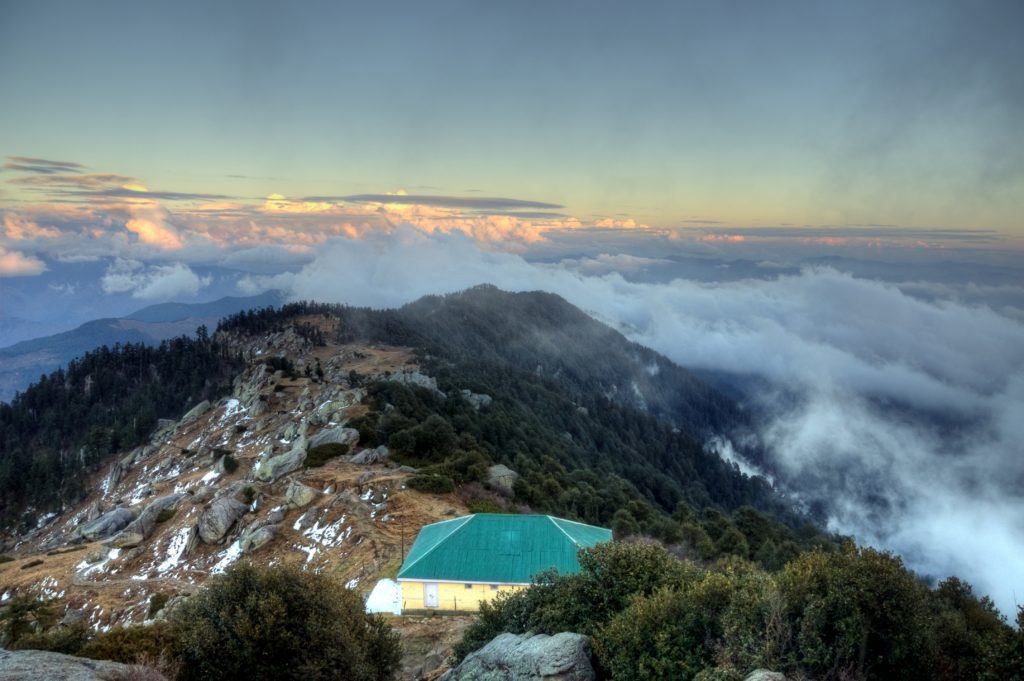 The link between Dodra Kwar and Rohru, Chansal valley falls in the district of Shimla. The Chansal pass sits atop Chanshal Peak, which at 4,520 metres (14,830 ft) is the highest peak in the district. The pass remains between May and October. It is covered with snow for the rest of the year.

This little hamlet links the Shimla and Kullu districts. Shoja village is still offbeat and unexplored. With sloping mountains covered in verdure, conifers and deodars stretching for miles around, and an incredible view of the snow-covered peaks, this is a breathtaking spot.

Suraj Tal literally translates to “Lake of the Sun God”, and lies just below the Baralacha-la pass (4,890m)in the Lahaul and Spiti valley of Himachal Pradesh state in India and is the third highest lake in India. Trekking is the best way to explore the area arund this pristine lake. One such trek route is the Zingzingbar–Suraj Tal–Bara-lacha-la, which involves trek along the Bhaga River for 3 km (1.9 mi), cross a bridge to the North bank, then a further climb of 2.5 km (1.6 mi) from the bridge followed by a steep foot trail up to Suraj Tal. 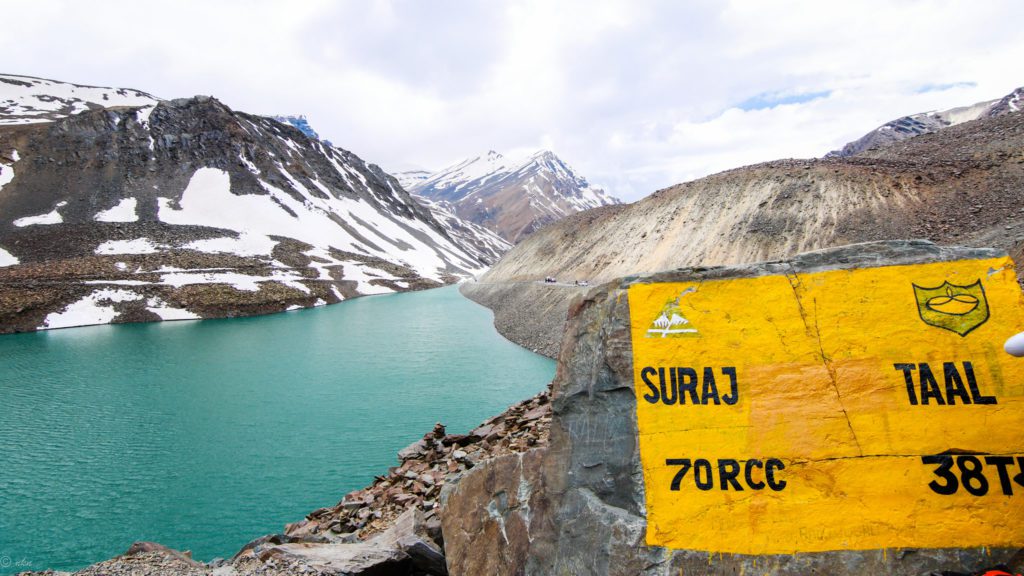 A small town in the lap of Himalayas, near Shimla, Karsog is located at a height of 1,404 metres. It lies in the Pir Panjal range of the Himalayas bordering Shimla and Kullu Districts. Its famous for its apple orchards and temples, including the Mamleshwar Mahadev, Kamksha Devi and Mahun Nag temples. The natural surroundings are regarded as beautiful, with green forests and a pollution-free environment. 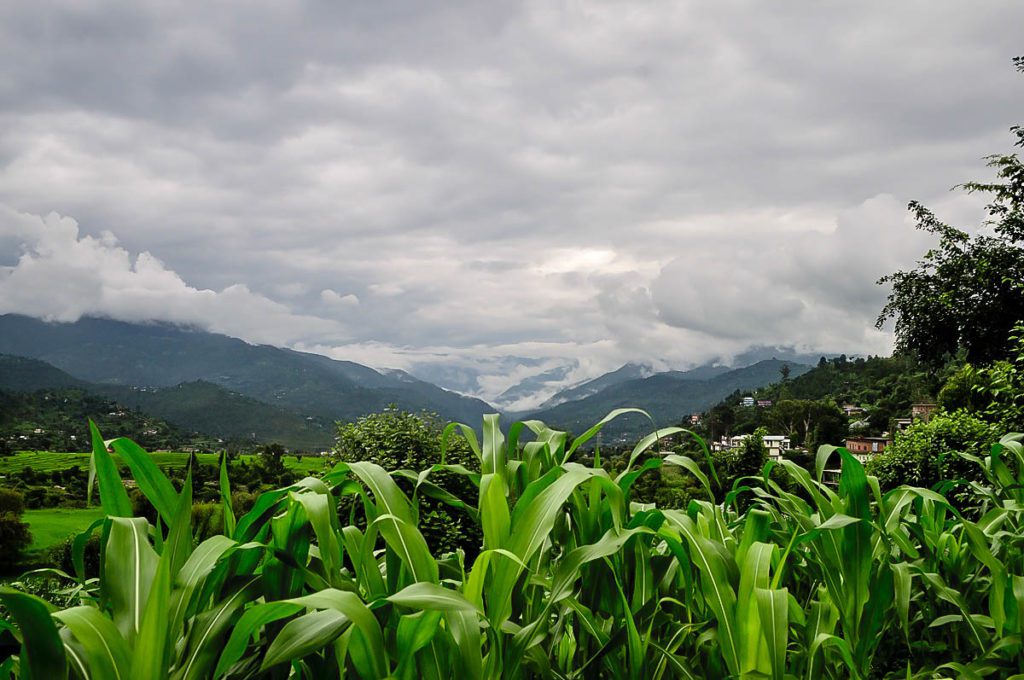 A quaint village nestled snugly in the Parvati Valley, Tosh is a hippie paradise. It attracts thousand of students and young professionals from north India. It has become a staple weekend getaway for some, as it can be reached very easily. Tosh is about 20 km away from Kasol and also serves as a halt for people trekking to Malana or Kheerganga and beyond. 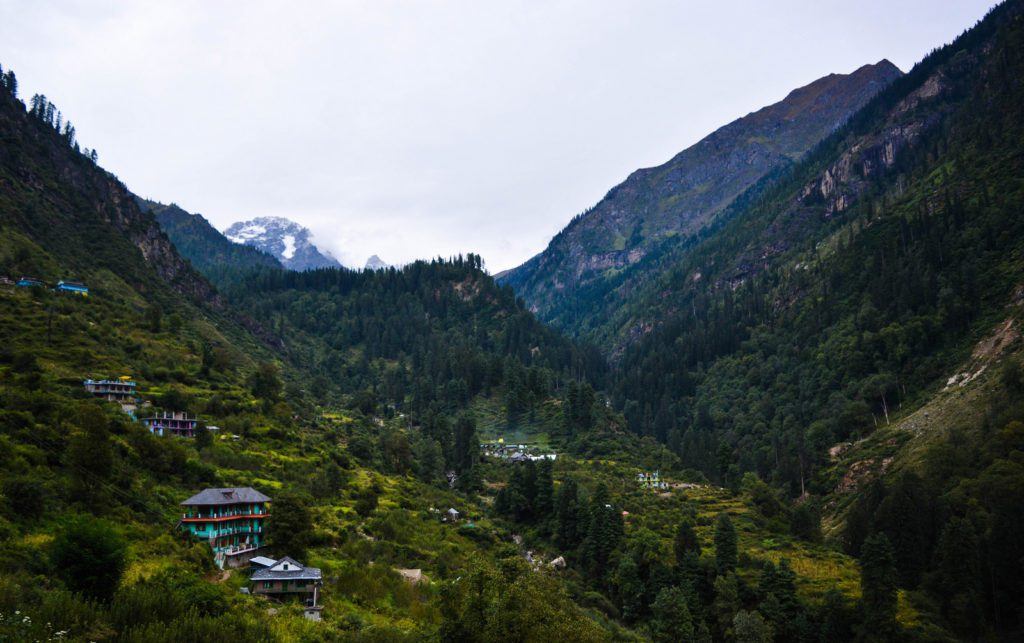 Theog is a tranquil village in the Shimla district. It is home to the International Farmers market and is one of the places that produce great vegetables and fruits. Theog is about 2,310 m above the sea level. 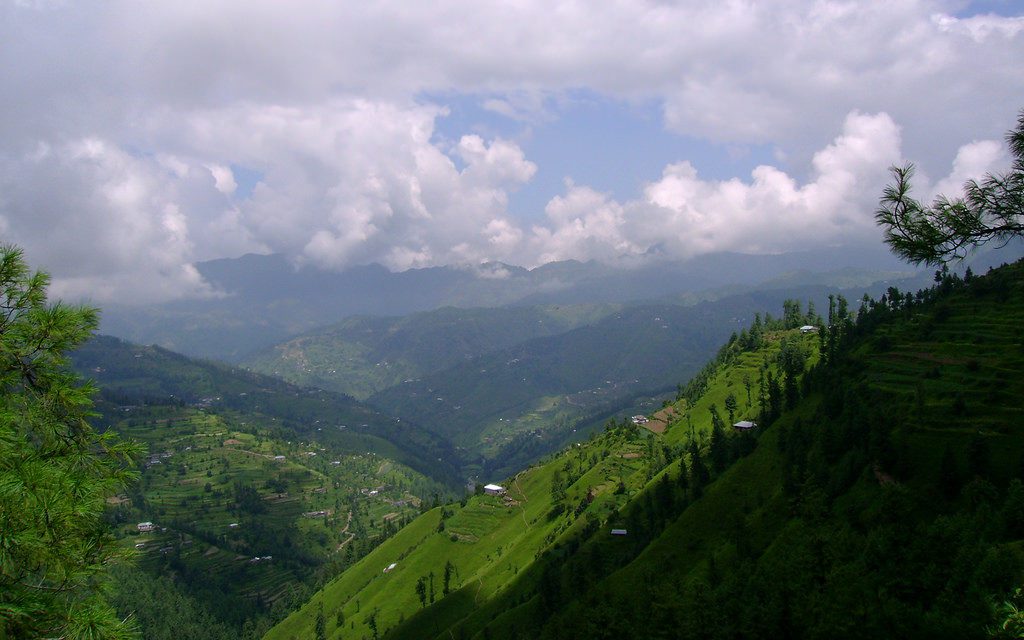 One of the most beautiful lakes in Himachal Pradesh, Prashar is located around 50 km from Mandi. The lake is characterized by a floating island that changes its position frequently. A three-storied pagoda-like temple dedicated to sage Prashar is located along the lake. 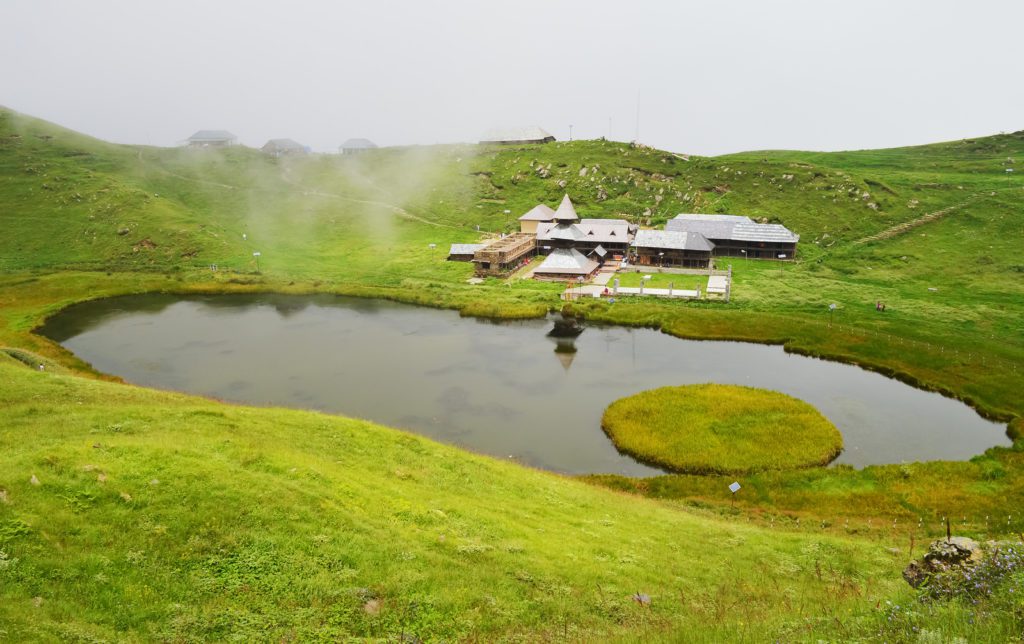 Have more information and pictures about off-beat travel destinations in Himachal Pradesh? Do mail it to us and we will include it in the article.