Also Read : 25 Best Old Bollywood Romantic Songs That Will Have You Swooning

The 1968 Indian Hindi-language musical comedy film Padosan, was written by Rajendra Krishan and directed by Jyoti Swaroop. It was produced by Mehmood and N. C. Sippy. It is a remake of the Bengali movie Pasher Bari, which starred Bhanu Bandyopadhyay and Sabitri Chatterjee and was based on the short tale of the same name by Arun Chowdhury. Sunil Dutt and Saira Banu both appear in the movie. The supporting actors were Keshto Mukherjee, Raj Kishore, Mukri, and Kishore Kumar. One of the film’s highlights is Mehmood’s performance as Sunil Dutt’s rival South Indian musician. It is regarded as one of the best old Hindi comedy movies among the lakhs that exist. Also well praised was Kishore Kumar’s portrayal of a comedic theatrical director. 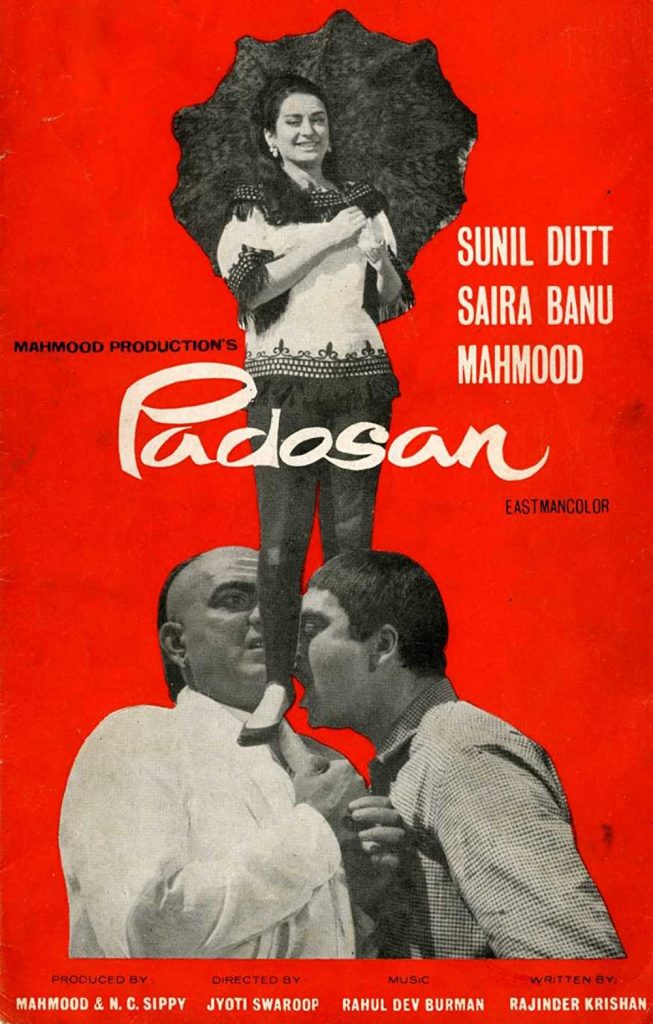 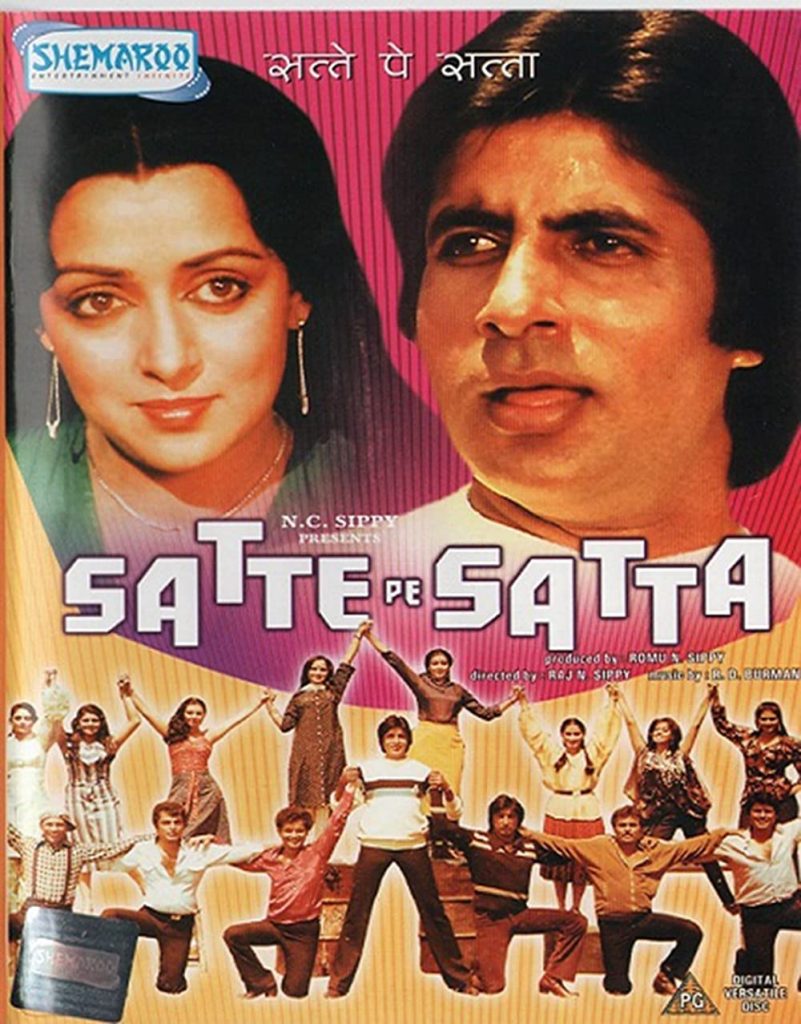 Rajesh Khanna and Jaya Badhuri lead in Hrishikesh Mukherjee’s 1972 Indian Hindi musical comedy-drama film Bawarchi (also known as The Chef), which also has Asrani, A.K. Hangal, Usha Kiran, and Durga Khote in supporting roles. This was a Bengali film adaptation of Tapan Sinha’s Galpo Holeo Satti from 1966, which starred Rabi Ghosh. The movie earned $8 million in 1972, placing it in the top eight. The conflicting Sharma family, led by their eccentric Daduji, is the subject of the story. This family has a questionable reputation for being unable to keep a cook for more than a few months due to their mistreatment of domestic assistance. No one wants to work as a cook in the family’s house because of how widely known the family is for bad behaviour. Bawarchi is one of the spectacularly funny old Hindi comedy movies that will leave you in peals of laughter. 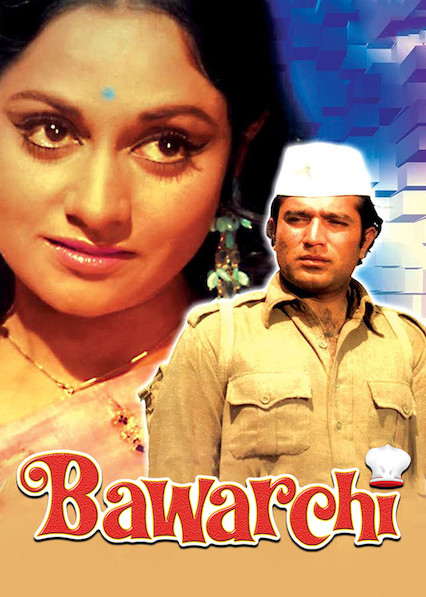 Gol Maal is a 1979 comedy movie in Hindi that was written and directed by Rahi Masoom Raza and Sachin Bhowmick. R. D. Burman composed the music, which was produced by N. C. Sippy. The movie received favourable reviews and multiple accolades. The movie was remade in other languages, including Tamil (1981), Kannada (1990), Malayalam (1995), Aasegobba Meesegobba (1990), and Sinhala (1995) as Rasa Rahasak. The movie served as inspiration for the 2012 Telugu remake of the Hindi blockbuster Bol Bachchan, called Masala (2013). 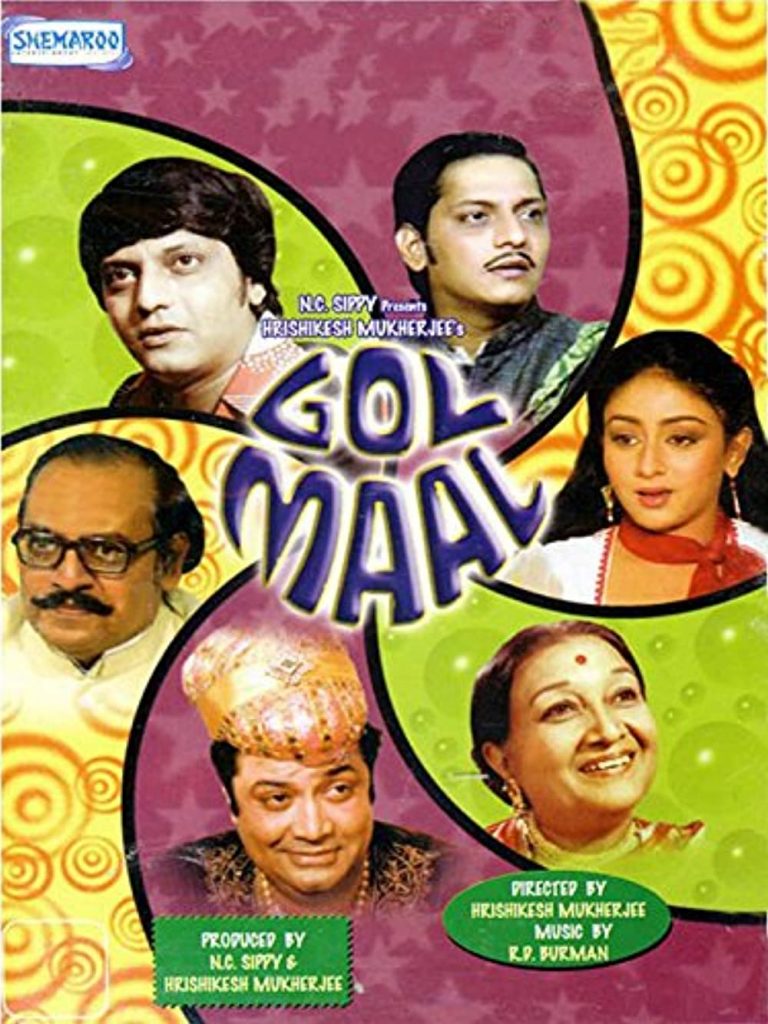 Mehmood, Amitabh Bachchan, and Aruna Irani featured in S. Ramanathan’s 1972 Hindi-language road comedy Bombay to Goa, which also has Shatrughan Sinha in a supporting role. The movie is particularly well-known for its memorable songs. At the box office, it was a “Super hit.” The movie is a replica of the popular Tamil movie Madras to Pondicherry from 1966. Mehmood replicated Nagesh’s role from the Tamil version in the Hindi remake. A group of comedians starred in a 2007 remake of Bombay to Goa under the same name. It was claimed that this film served as a major inspiration for the 2004 Marathi film Navra Maza Navsacha, which was also adapted in 2007 as Ekadantha in Kannada. 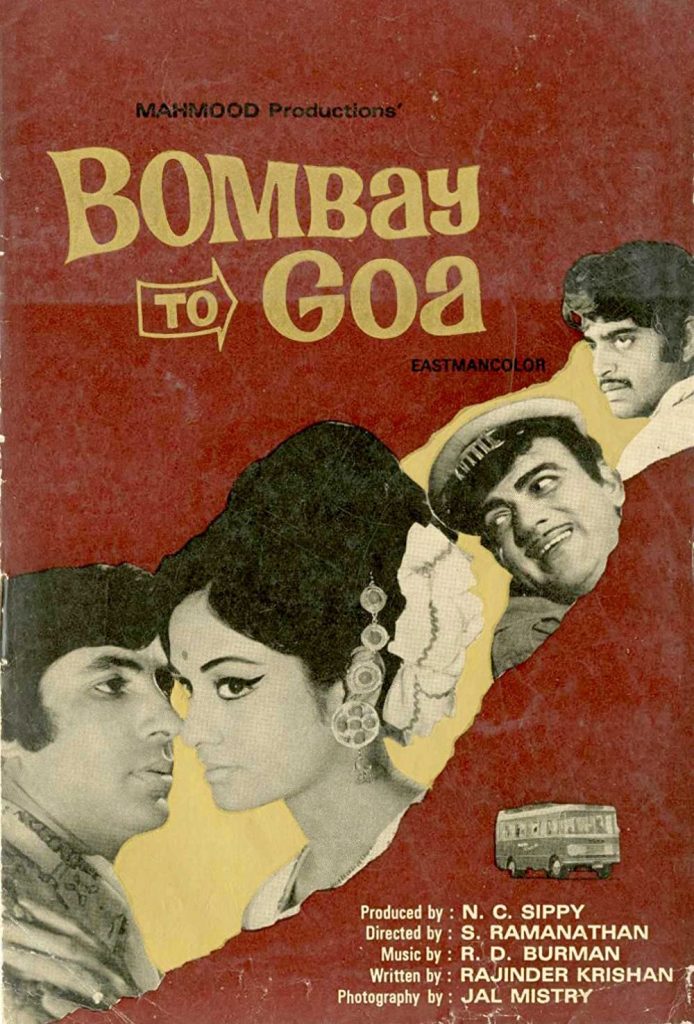 Anil Kapoor and Amrita Singh star in Basu Chatterjee’s comedy Chameli Ki Shaadi, a hilarious old Hindi comedy movie, which was produced in 1986. Due to its modest production costs, it performed pretty well at the box office yet received positive reviews. One of Basu Chatterjee’s most well-known films, it has gained a cult following over time. 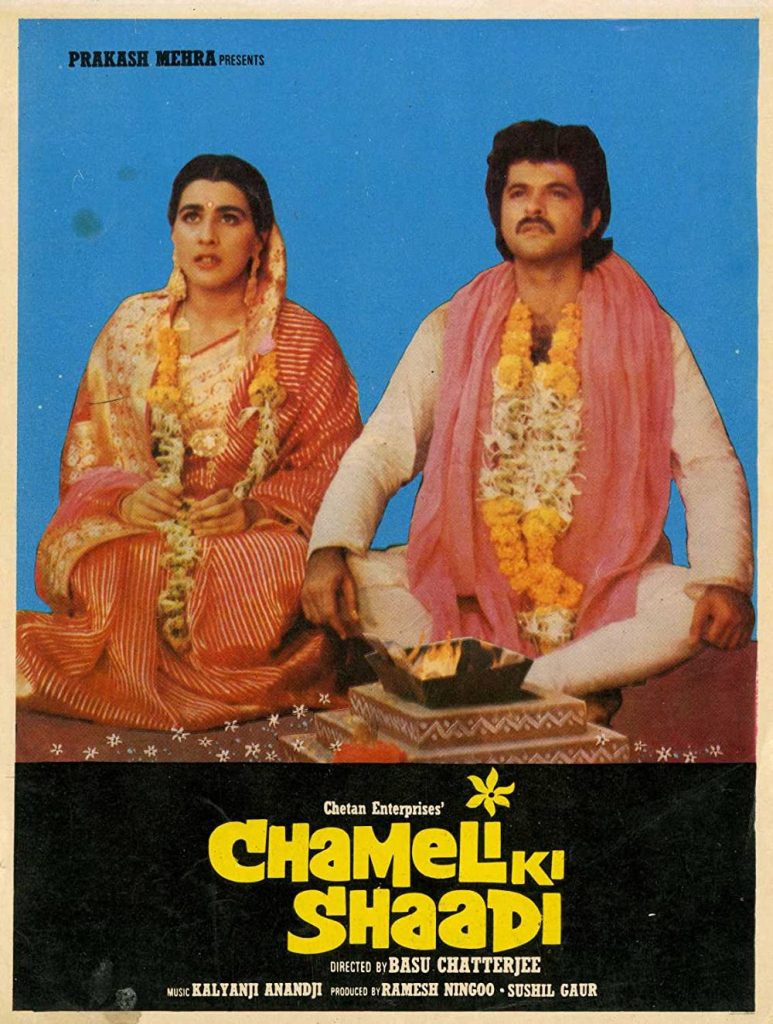 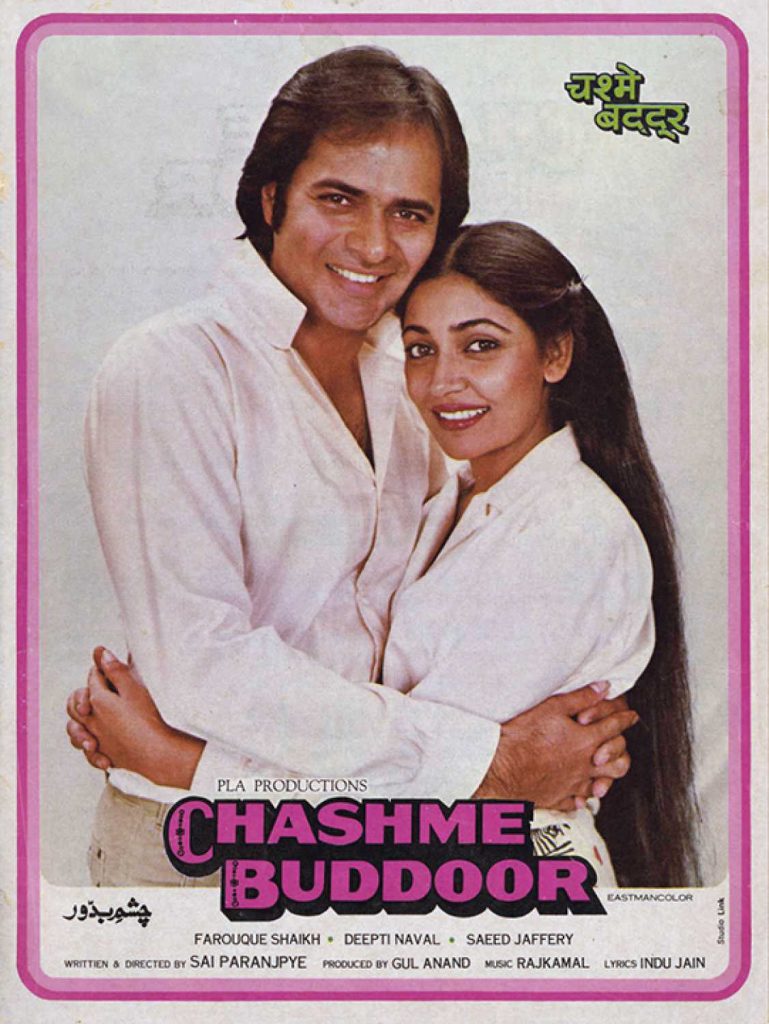 Kamal Haasan co-wrote, produced, and directed the comedy movie Chachi 420, which was released in 1997 in India’s Hindi language. The movie is a replica of the Tamil film Avvai Shanmughi from 1996. Along with Tabu, Amrish Puri, Om Puri, Johnny Walker, Paresh Rawal, Rajendranath Zutshi, Ayesha Jhulka, and Fatima Sana Shaikh, the movie stars Kamal Haasan and Nassar (both repeating their roles from the Original). Chachi 420 is an iconic old Hindi comedy movie, and is definitely worth multiple watches. 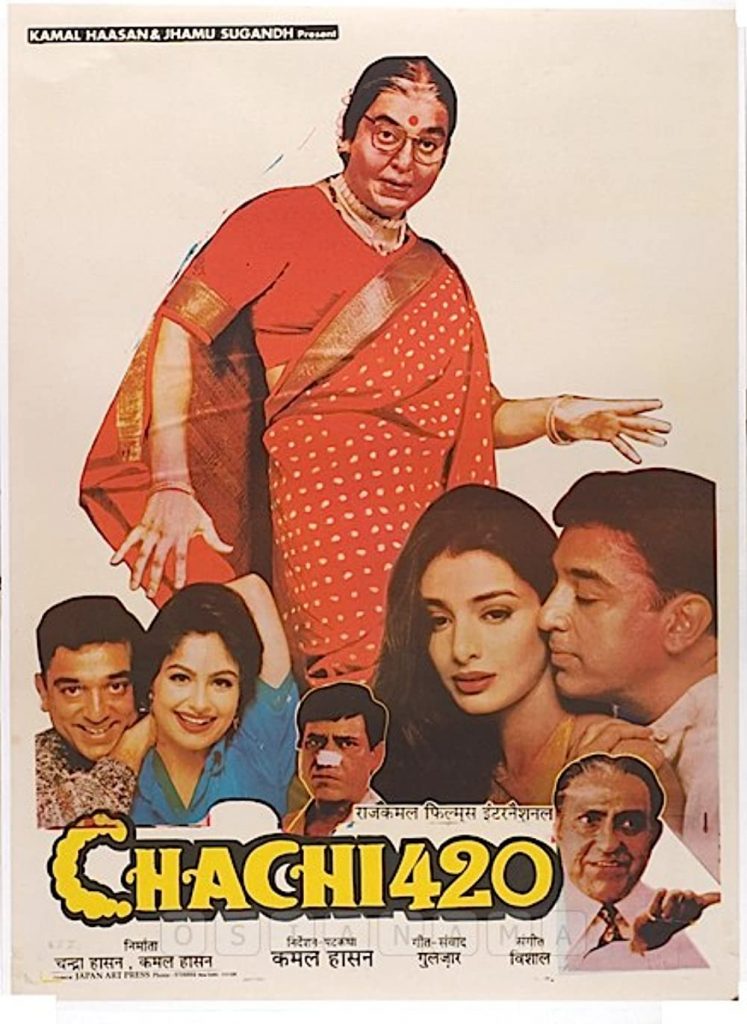 Indian musical comedy Chalti Ka Naam Gaadi was released on January 1, 1958, under the direction of Satyen Bose. The film, which also stars Madhubala and the Ganguly brothers (Ashok, Anoop, and Kishore), centres on a middle-aged guy who despises women owing to certain miscommunications and bans his younger brothers from getting married. Kishore Kumar had predicted Chalti Ka Naam Gaadi to fail, but it defied expectations and debuted to huge commercial success. It went on to become the most successful work of the Bose and Ganguly brothers and Madhubala’s fourth consecutive big hit in 1958, cementing her place as the top female star of the late 1950s and early 1960s. 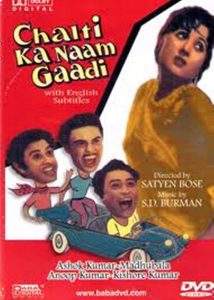 The 1983 Hindi-language satirical black comedy film Jaane Bhi Do Yaaro was made by NFDC and directed by Kundan Shah. A diverse array of actors, including Naseeruddin Shah, Ravi Baswani, Om Puri, Pankaj Kapur, Satish Shah, Satish Kaushik, Bhakti Barve, and Neena Gupta, star in this dark satire on the pervasive corruption in Indian politics, bureaucracy, news media, and commerce. For his efforts, Kundan Shah was given the 1984 Indira Gandhi Award for Best Debut Film of a Director. At the 2006 India International Film Festival, the movie was a part of the NFDC Retrospective. 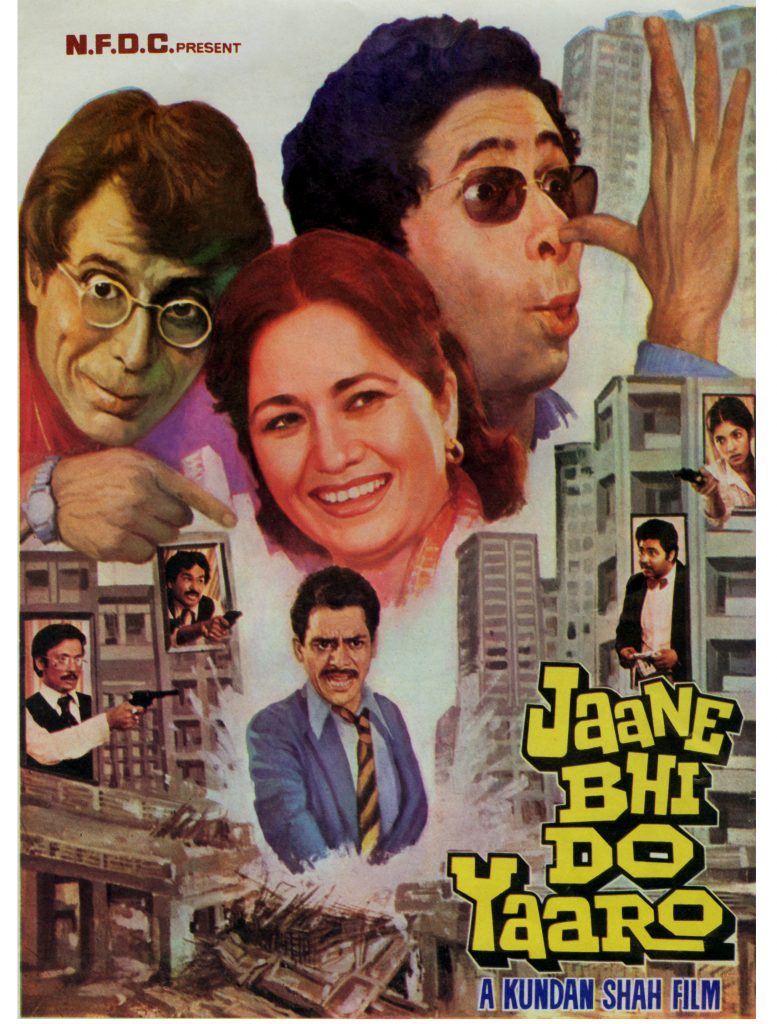 Angoor is a 1982 comedy movie in Hindi that is also known as Grape. It is directed by Gulzar and features Sanjeev Kumar and Deven Verma in dual roles. It is a remake of the Indian comedy film Do Dooni Char, which in turn was a remake of the 1963 Bengali comedy film Bhranti Bilas, which was based on the same-titled Bengali novel by Ishwar Chandra Vidyasagar, which in turn was based on Shakespeare’s play The Comedy of Errors. Rohit Shetty reprises his role as Cirkus. All of the characters are innocent, and destiny primarily contributes to their convergence in one location. The majority of other movies typically have fabricated characters and purposefully mislead audiences. 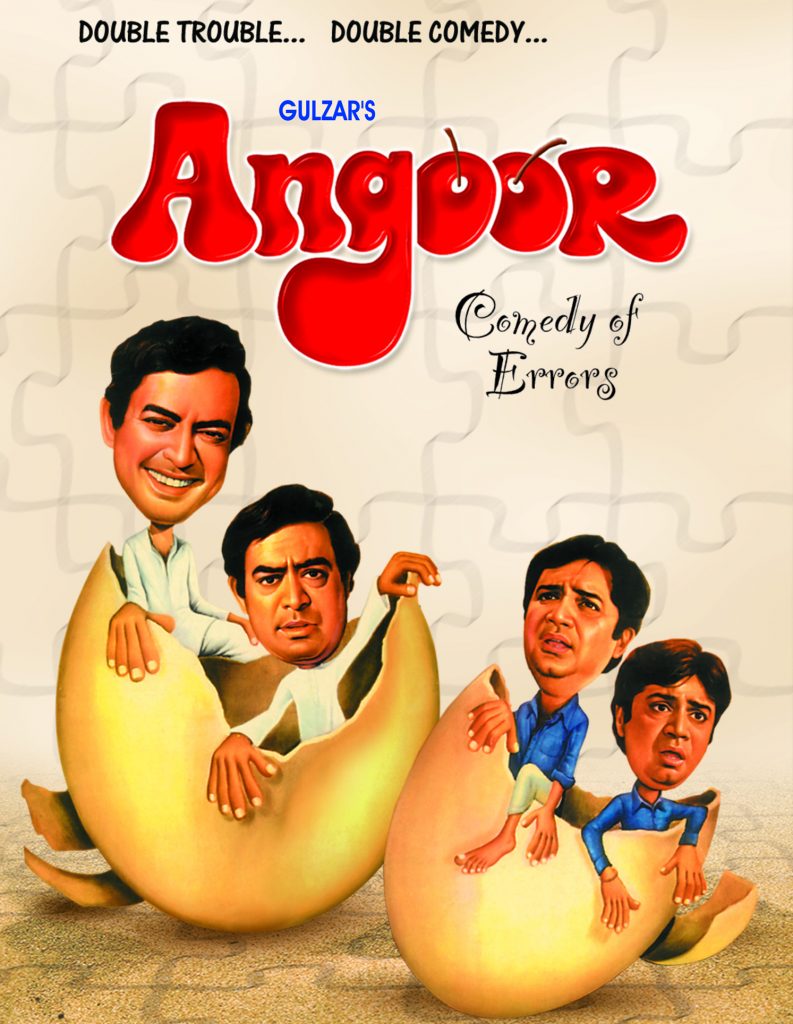 Half Ticket is a 1962 comedy movie in Hindi that was made by Bombay Talkies and directed by Kalidas. The movie, which stars Madhubala, Kishore Kumar, and Pran, centres on Vijay, a selfish young man who intends to leave home after his father makes him get married.
One of Madhubala’s final movies and one of the last ones she made with her husband Kishore Kumar is Half Ticket. Since its publication, it has grown in popularity and been a critical and financial success. The movie was included in The Indian Express’s selection of the top 10 Bollywood comedy to see before you die in 2020. 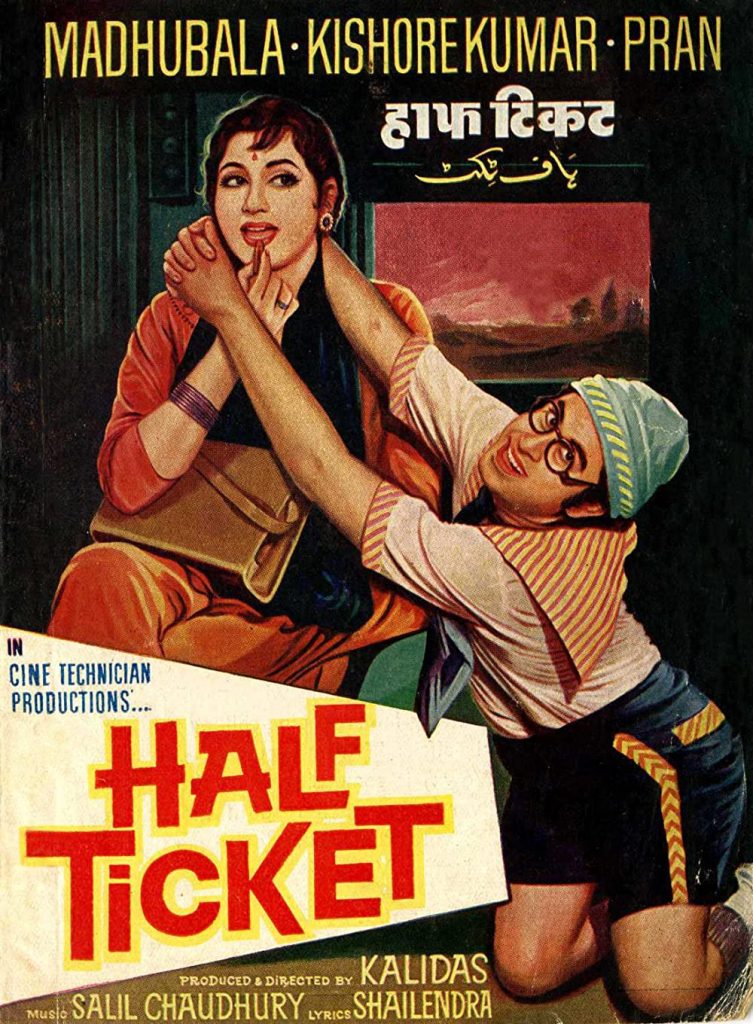 The comedy-drama Khubsoorat, released in 1980 in India in the Hindi language, was written and directed by Gulzar and co-produced by N. C. Sippy. Ashok Kumar, Rekha, Rakesh Roshan, and Dina Pathak play the key roles in the film. The film was well-received by critics and profitable at the box office. The film was adapted in Malayalam as Vannu Kandu Keezhadakki and in Tamil as Lakshmi Vandhachu. It served as the inspiration for the 2014 movie of the same name, which served as Disney’s first live-action Bollywood production.
The 1981 Filmfare Award for Best Film went to Hrishikesh Mukherjee for directing. 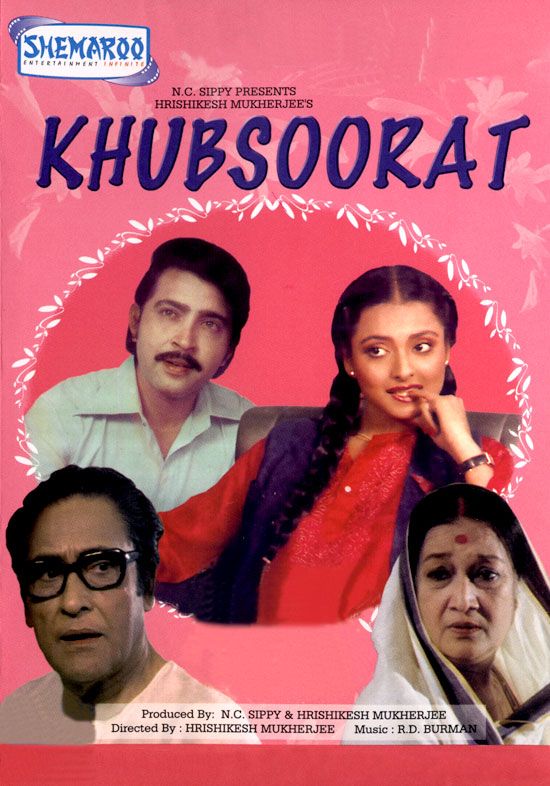 Gangsters investigate Kishore and Bhagwan’s home but are unable to locate a coat. Kishore and Bhagwan resolve to find out more after the coat is snatched by two enigmatic women. It is an amazingly humorous old Hindi comedy movie that leaves you laughing your heart out. 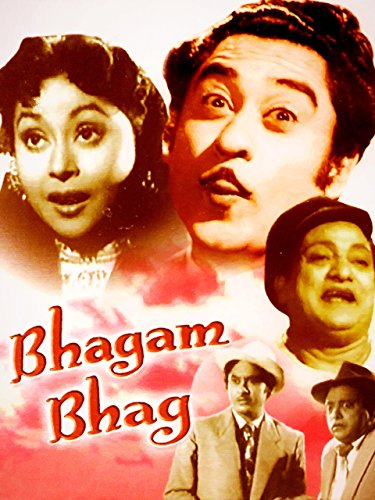 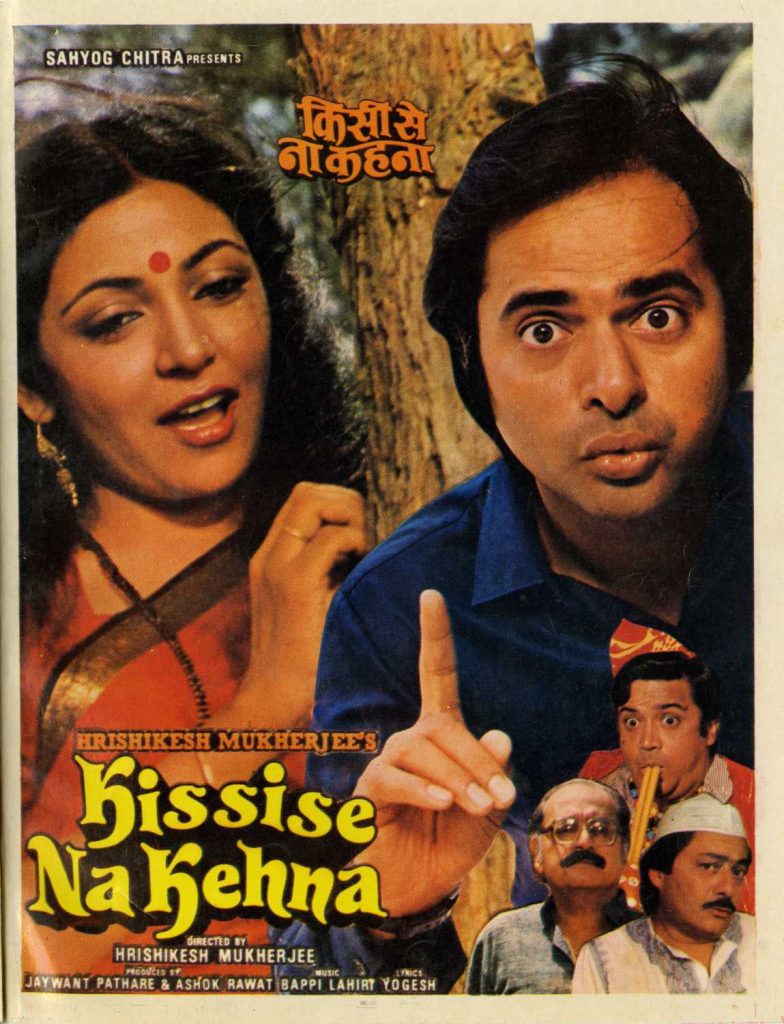 We know that the movies from this list will leave you giggling if not guffawing loudly when you watch them. There is no way you can miss out on these amazing gems, especially if you are interested in retro Hindi movies.

12 Best Hindi Movies on Netflix That Released In 2022