There are many clever men (and women) in Game of Thrones. She outwitted them all.

Her words pricked like rose thorns and her barbed wit could slay anyone. No wonder Lady Olenna Tyrell was called the “The Queen of thorns”. Even moments before her death she proved that she’s the ultimate queen of sass while casually chugging the poison down her throat. She might be dead now, but her words are etched in the book of insults and comebacks forever. Here’s a look at some of the sharpest ones.

1. When Jaime tells her that he ensured there won’t be any pain (while giving her poison). 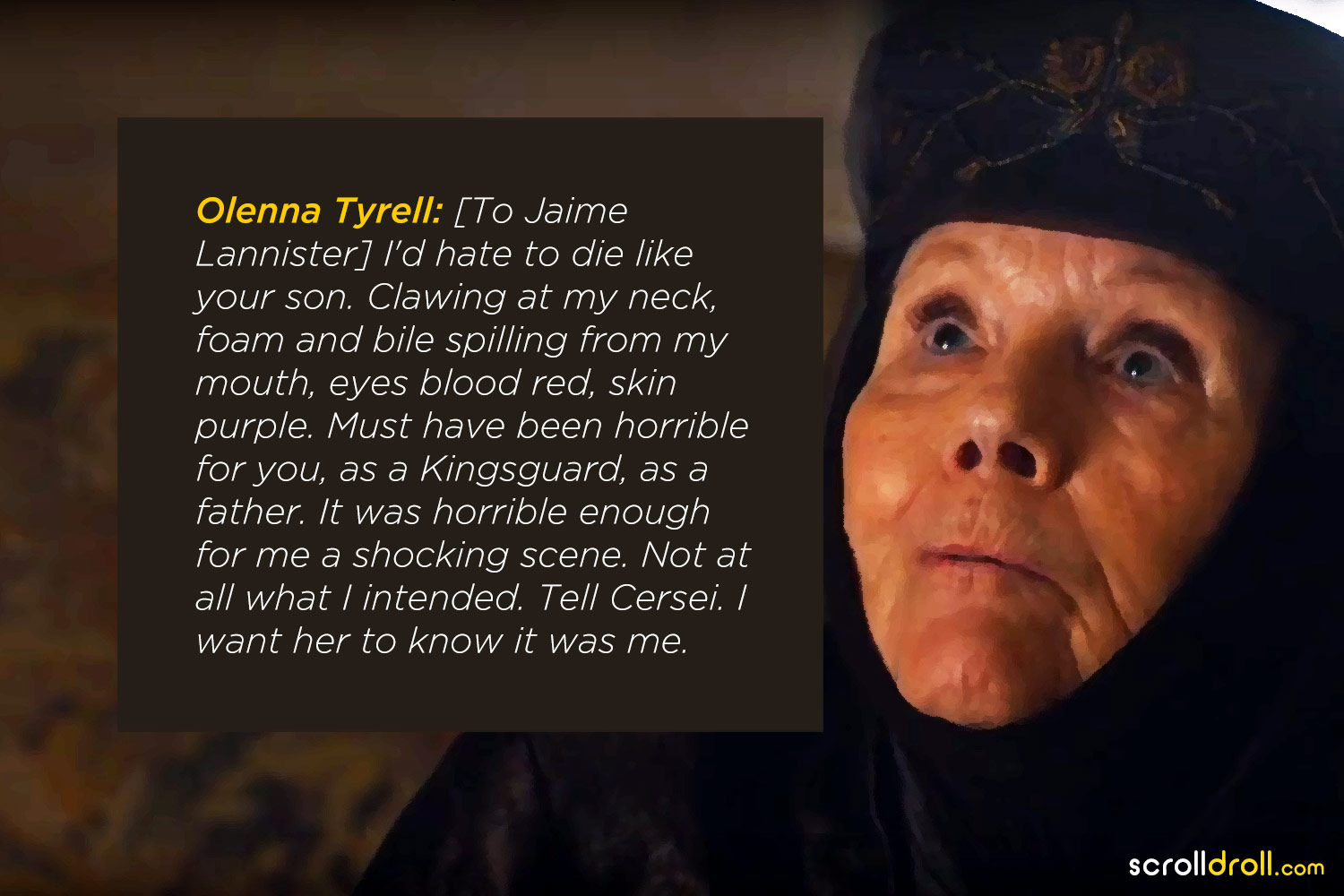 2. When she asks Sansa about how Joffrey was 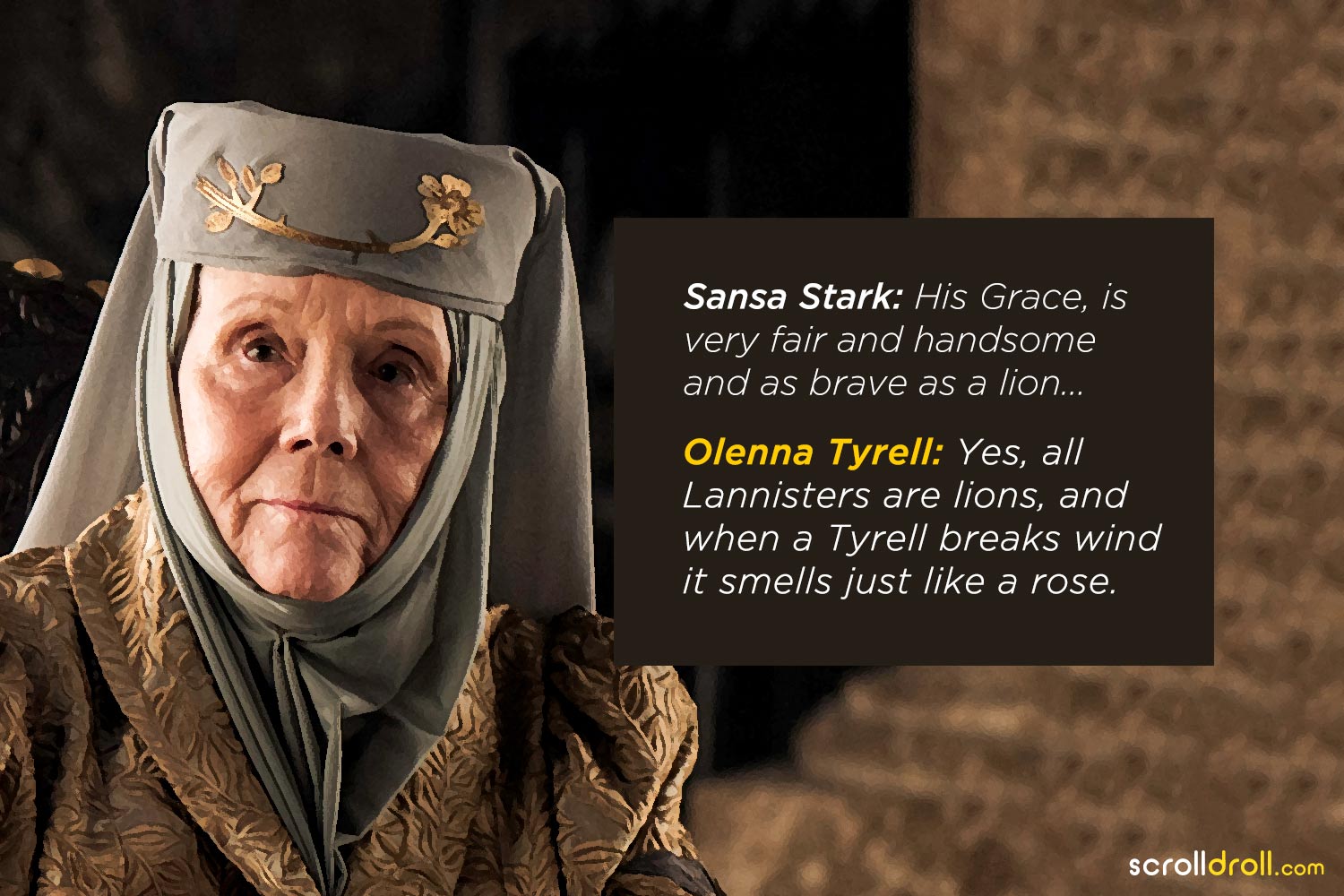 3. When Tyrion Lannister met her to discuss the royal wedding of Jofffrey and Margaery. 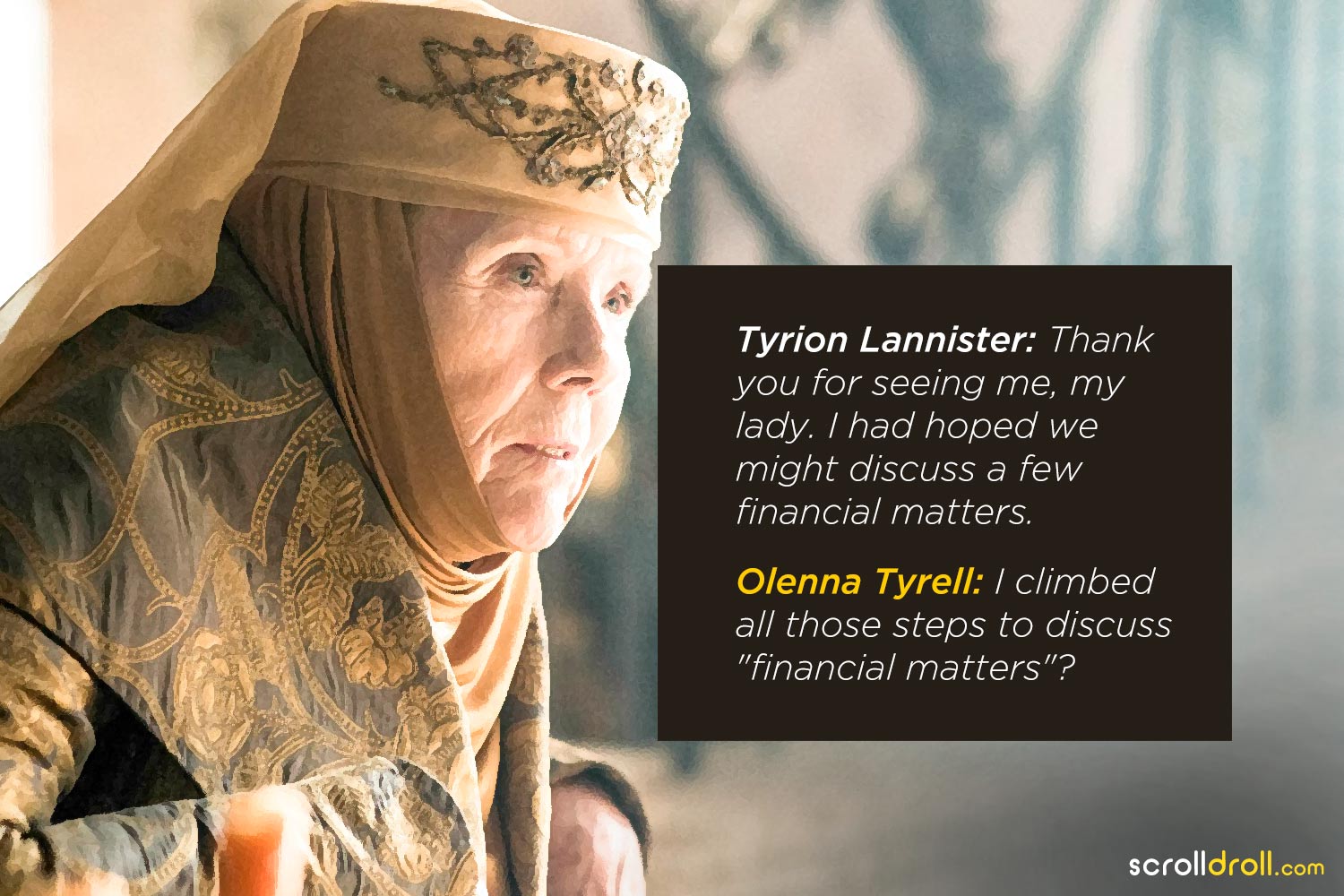 How many of them could outwit Tyrion Lannister?

4. When Margaery makes Sansa meet her 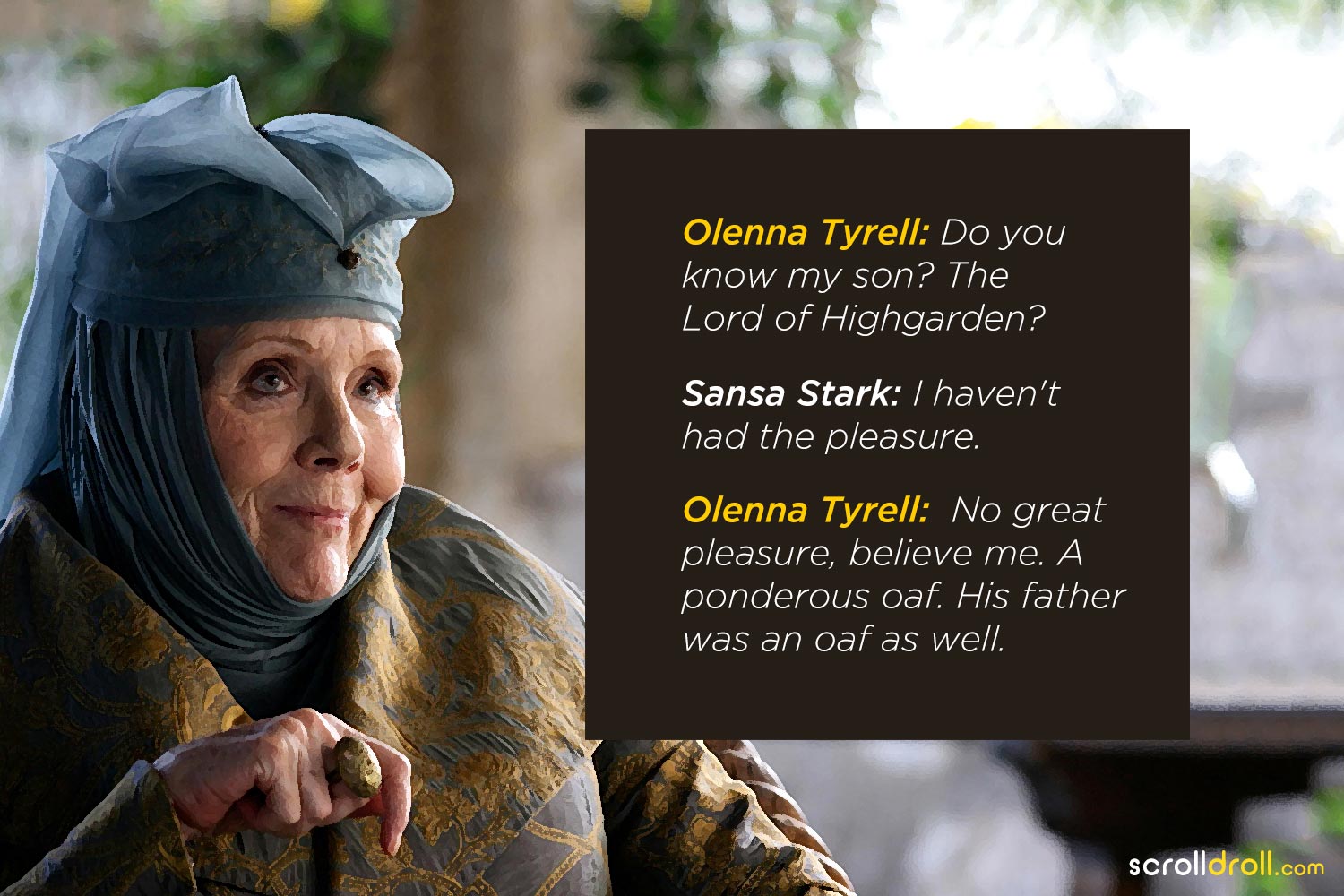 Modesty is not her thing.

5. When the server tells her that cheese would be served after cakes 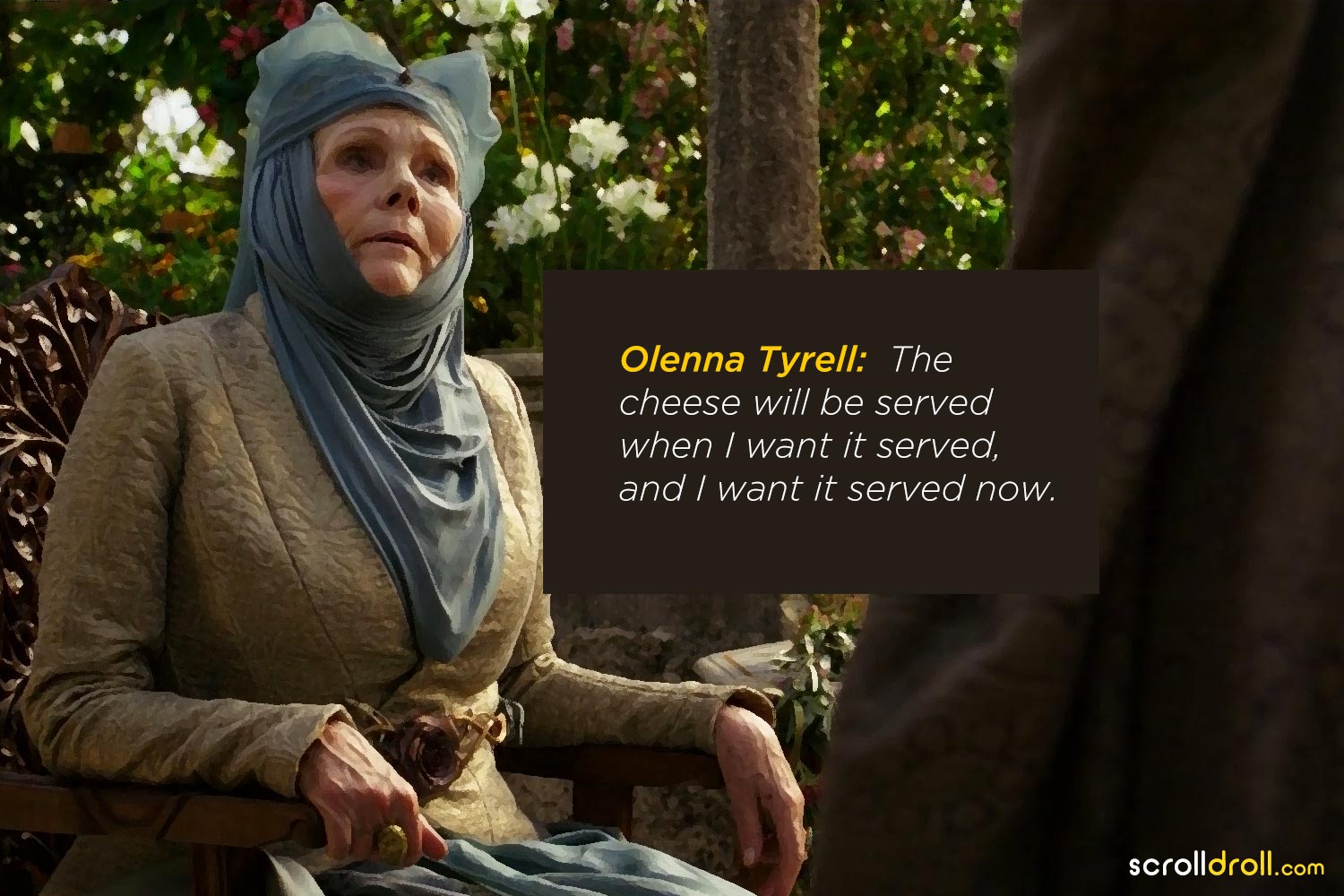 Don’t tell her when to eat cheese!

6. When Lord Varys tells her that the city is made brighter by her presence 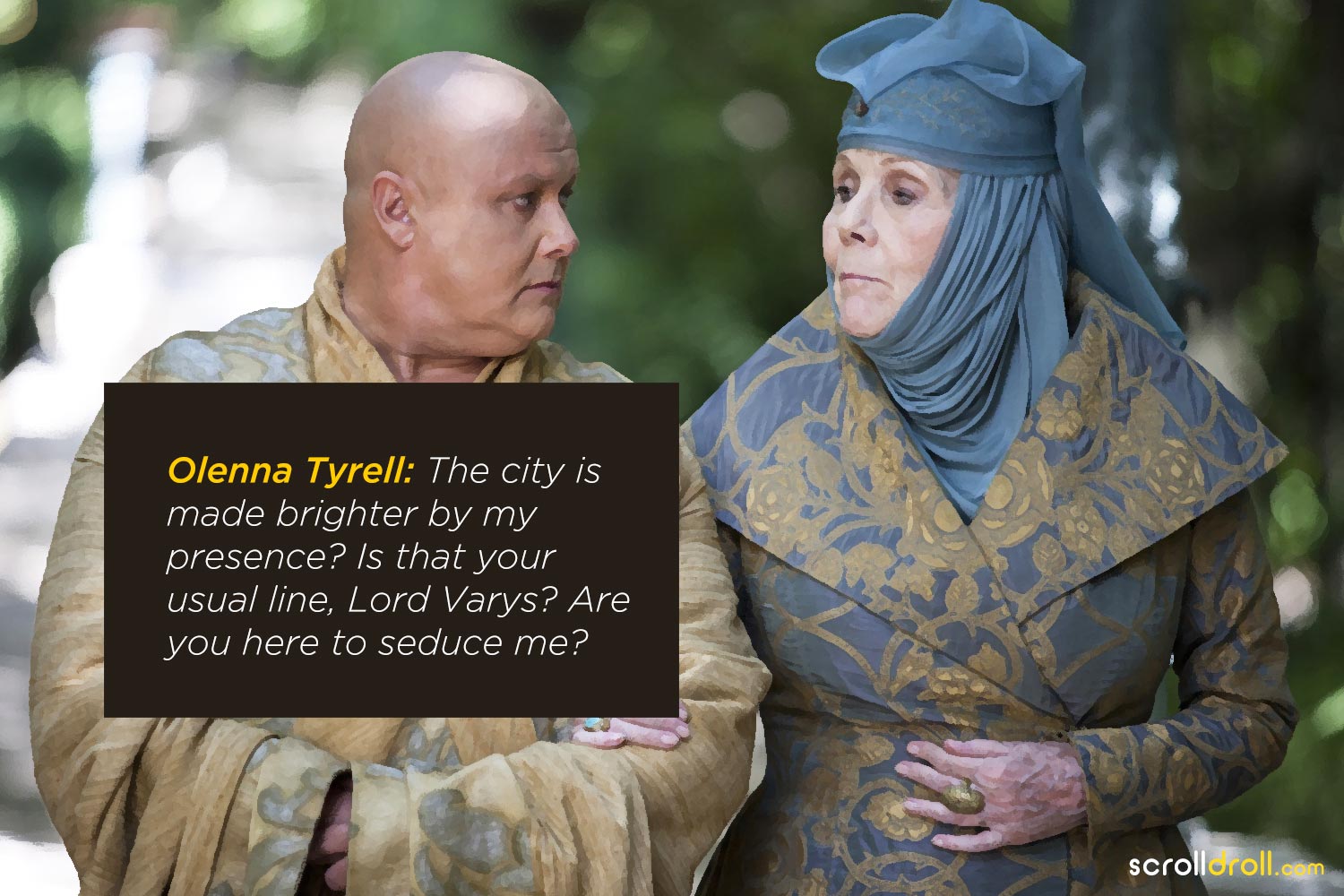 Not the one to mince words

7. To her young grand daughters who were sewing 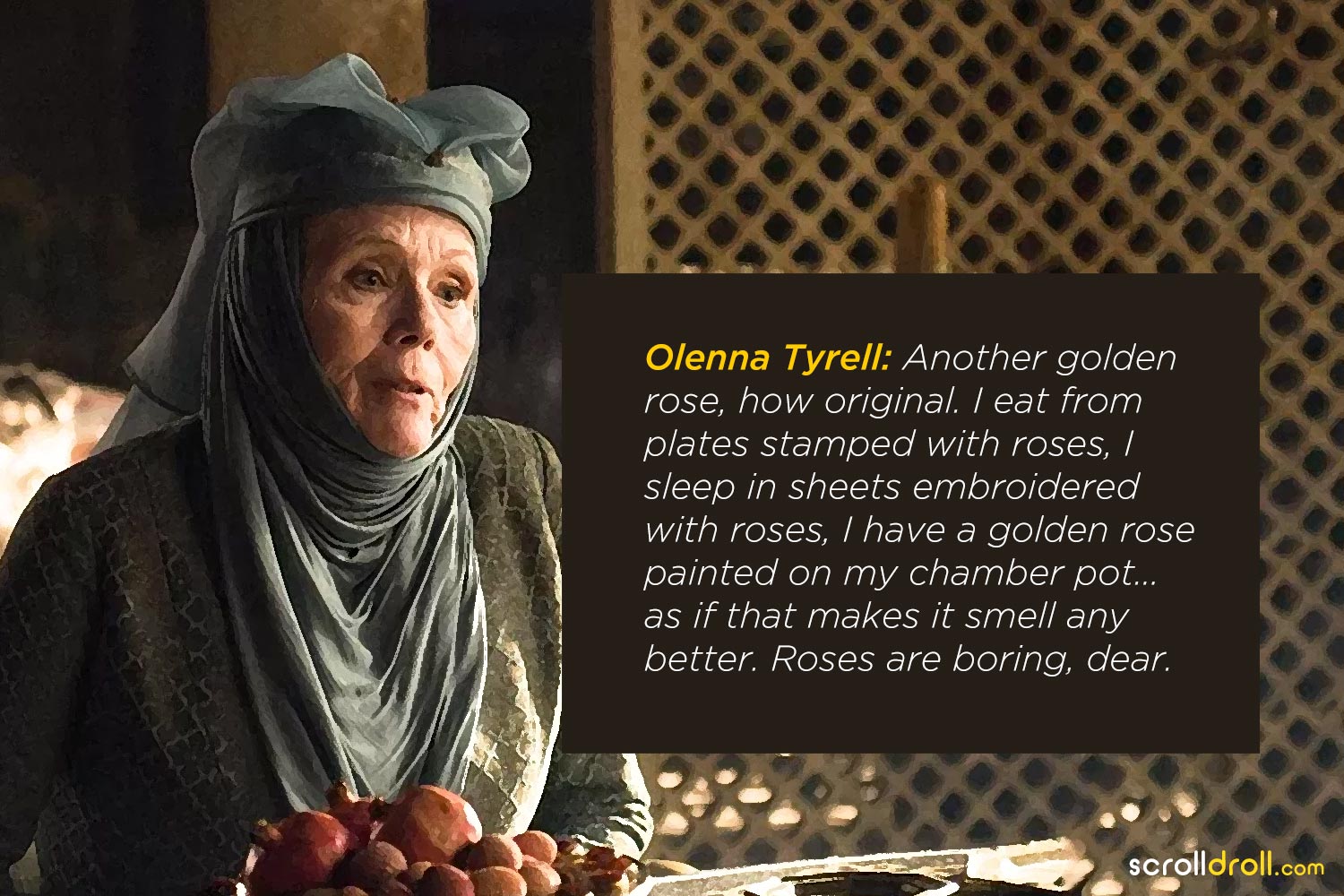 8. Her hatred for Cersei is not hidden from anyone 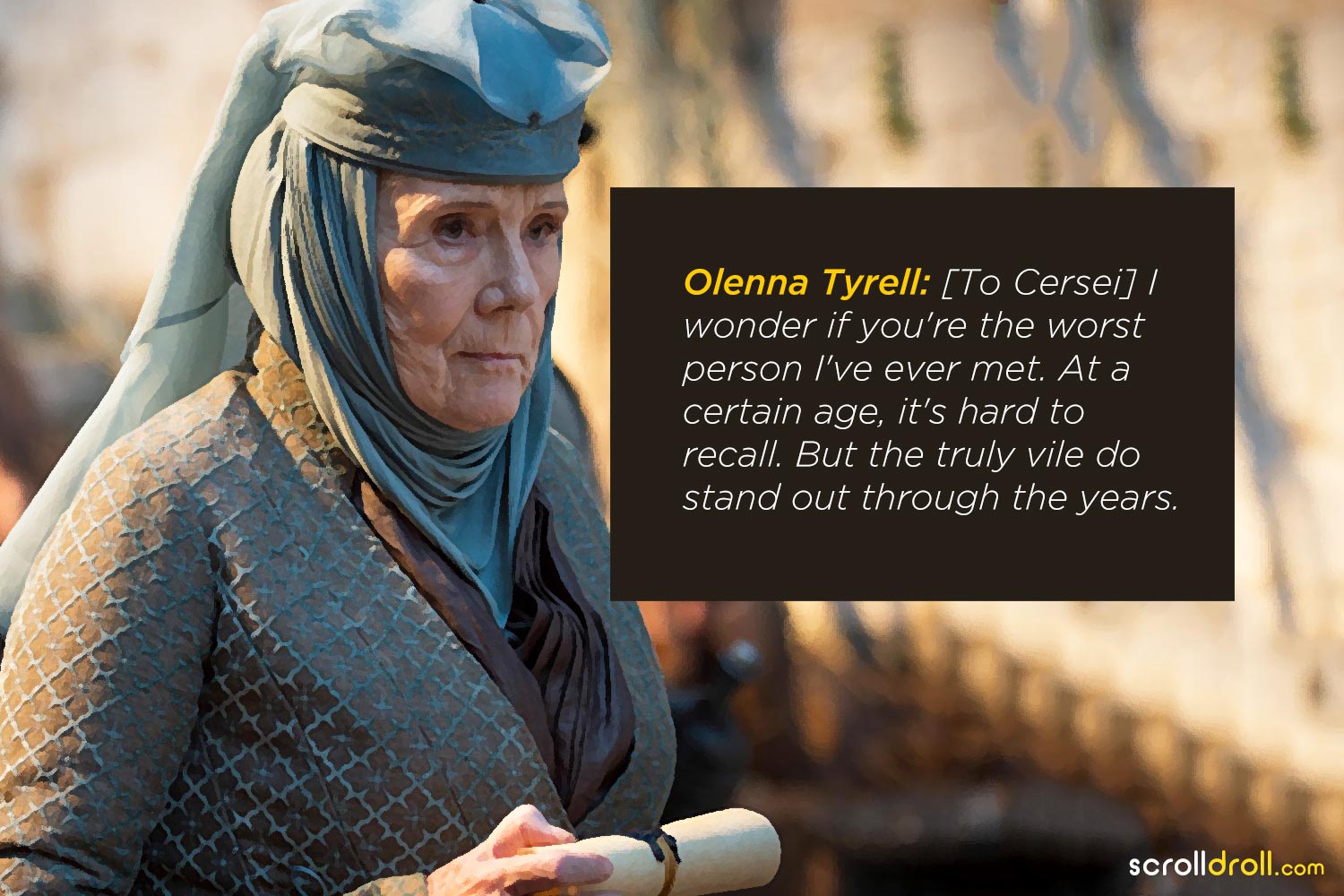 Never passed a chance to take a dig at Cersei

9. After Cersei lost her third child and only alive son, Tommen 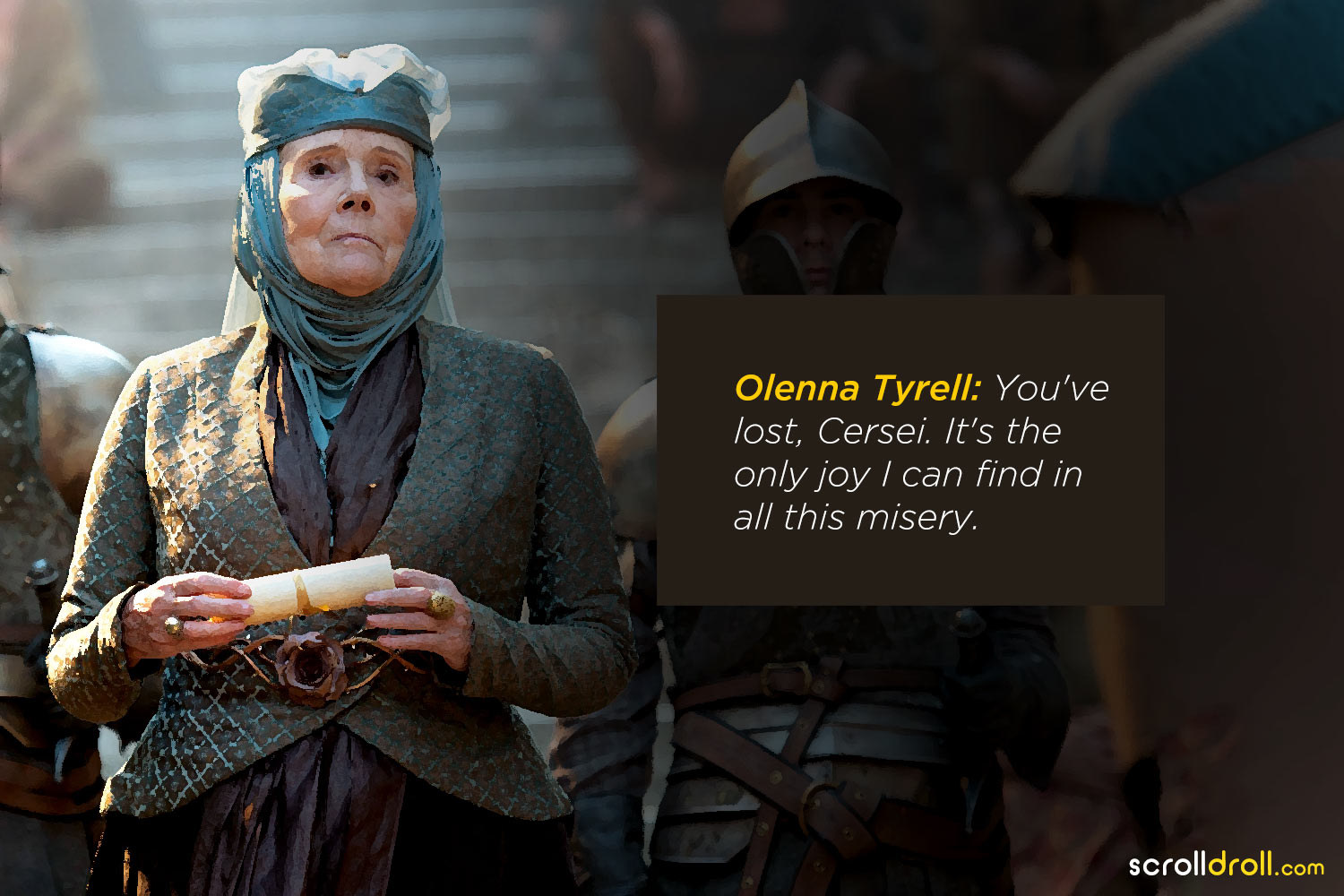 If words could kill!

10. After Pod returns with a plate of figs on being asked by Lady Olenna earlier 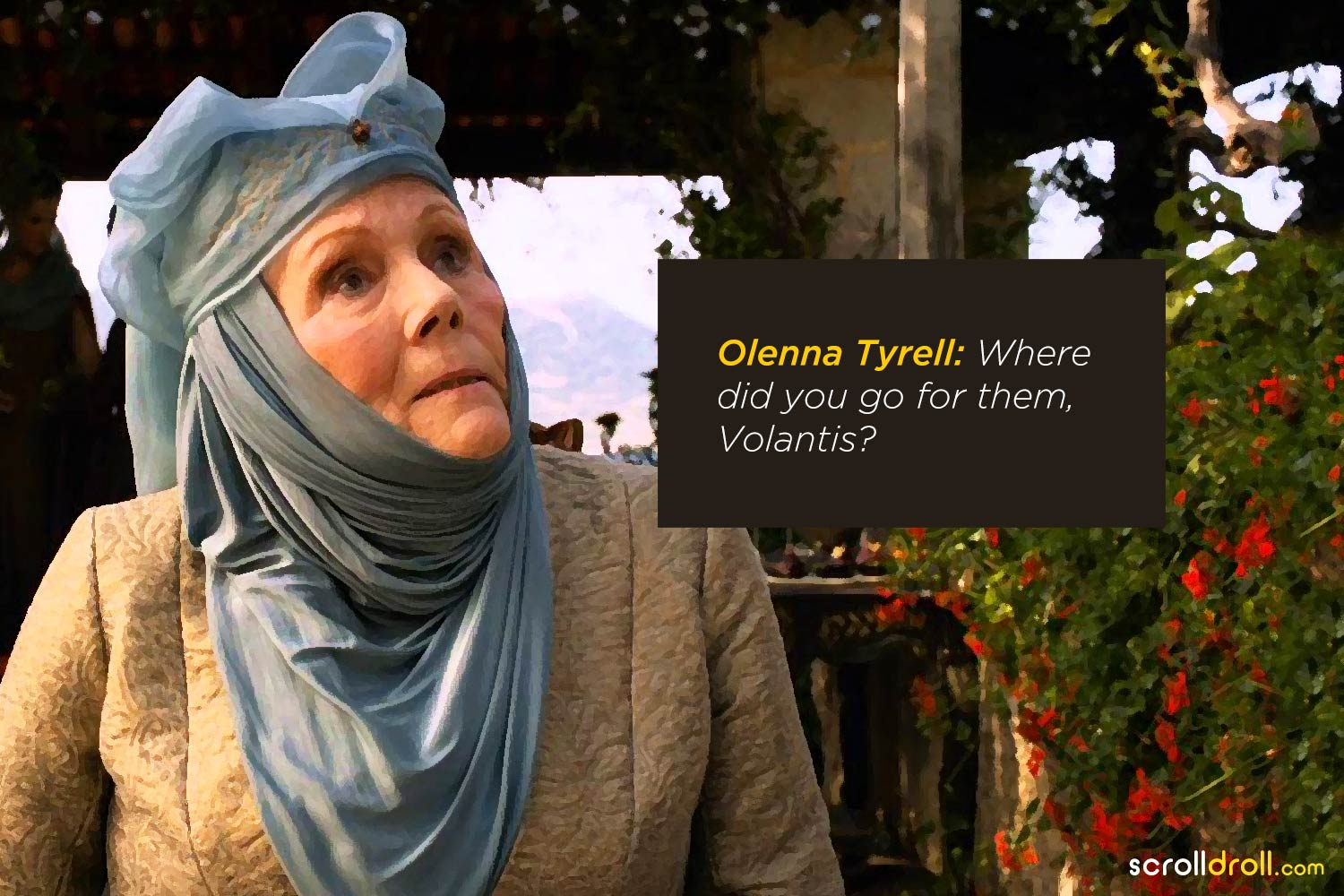 11. Summing up the family tree if Margaery married Joffrey and Cersei married Loras 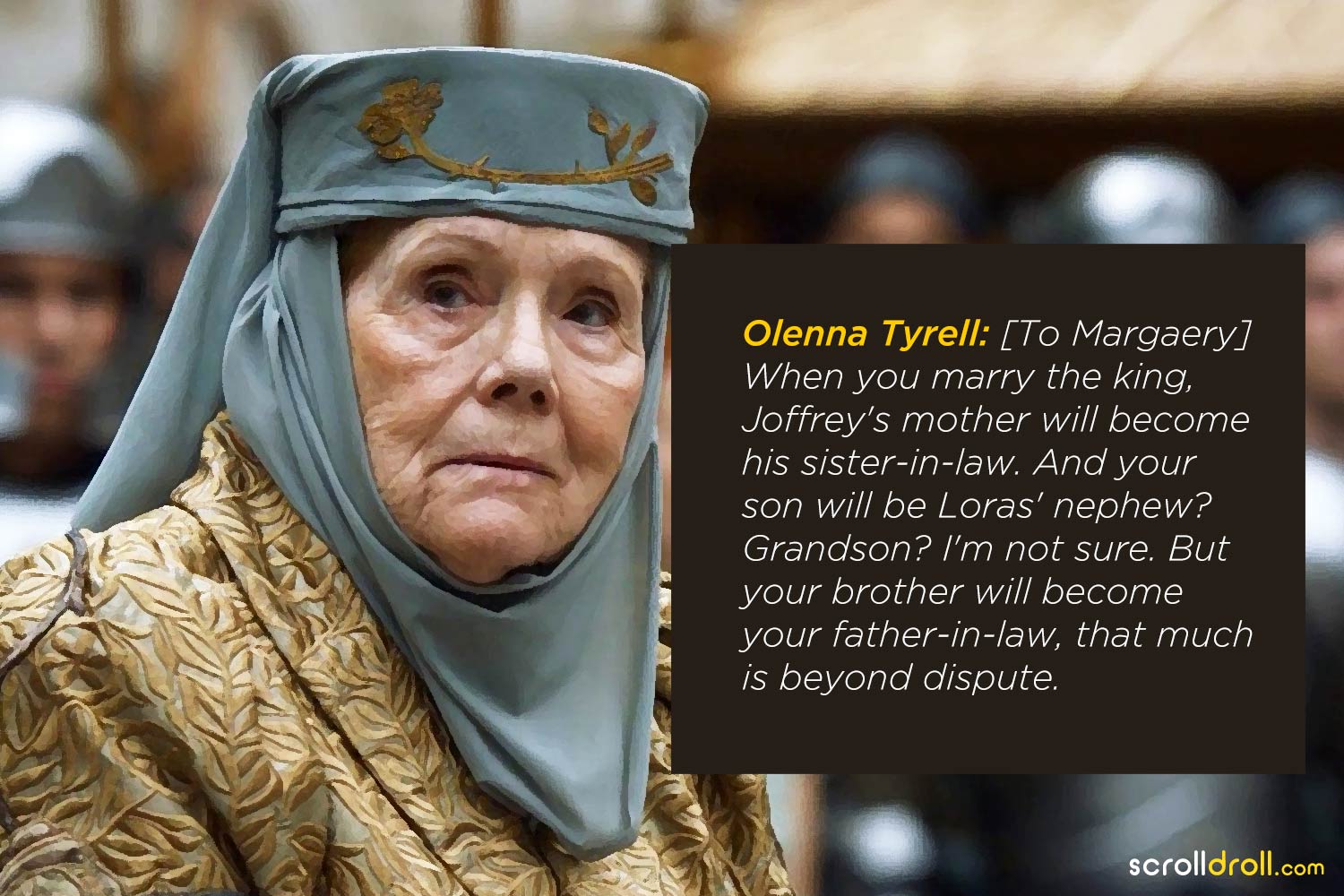 Wait, what? This makes me dizzy!

12. In reference to Joffrey’s death 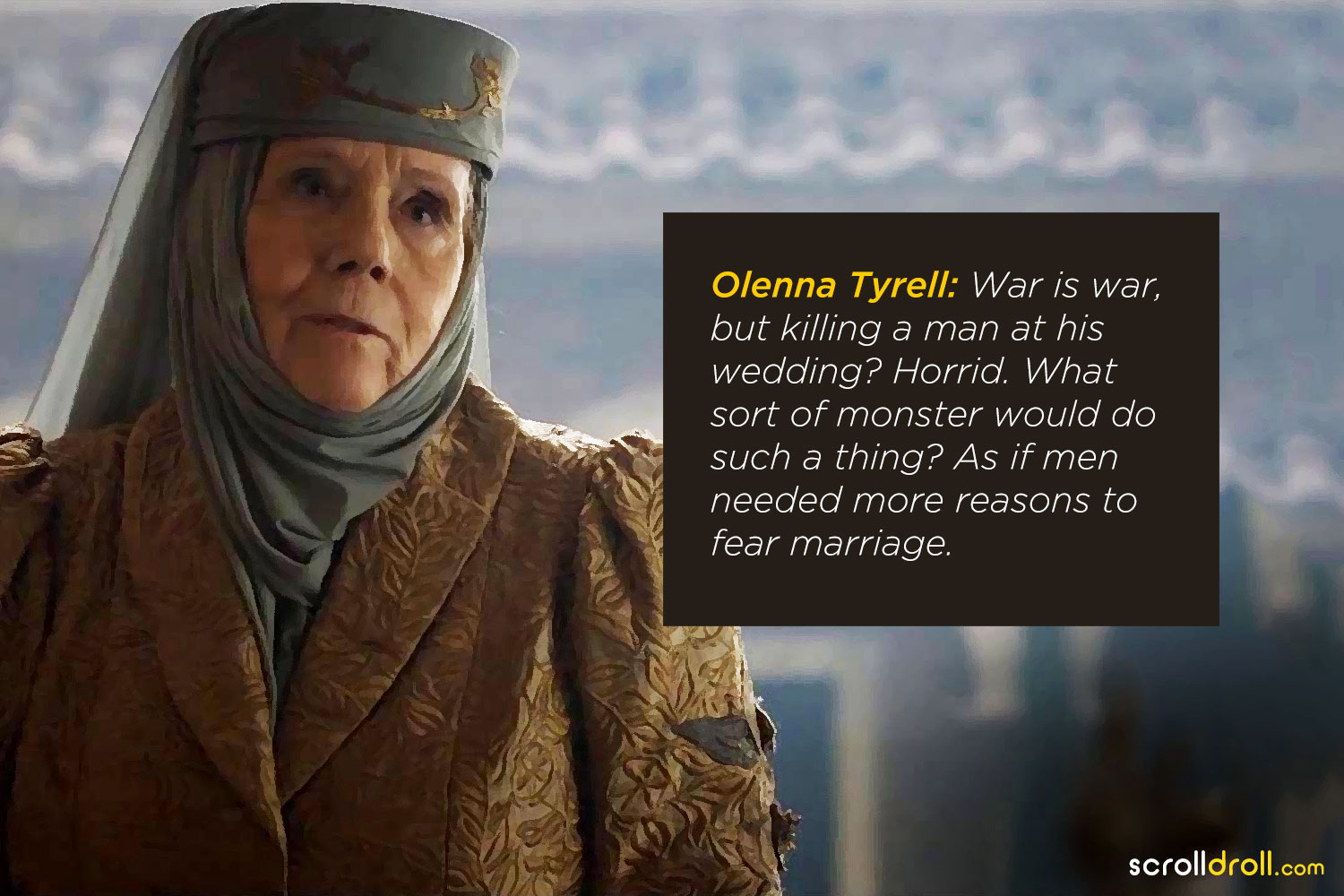 Keeping it real as always

13. When Obara Sand tells her that they should join hands against the Lannisters 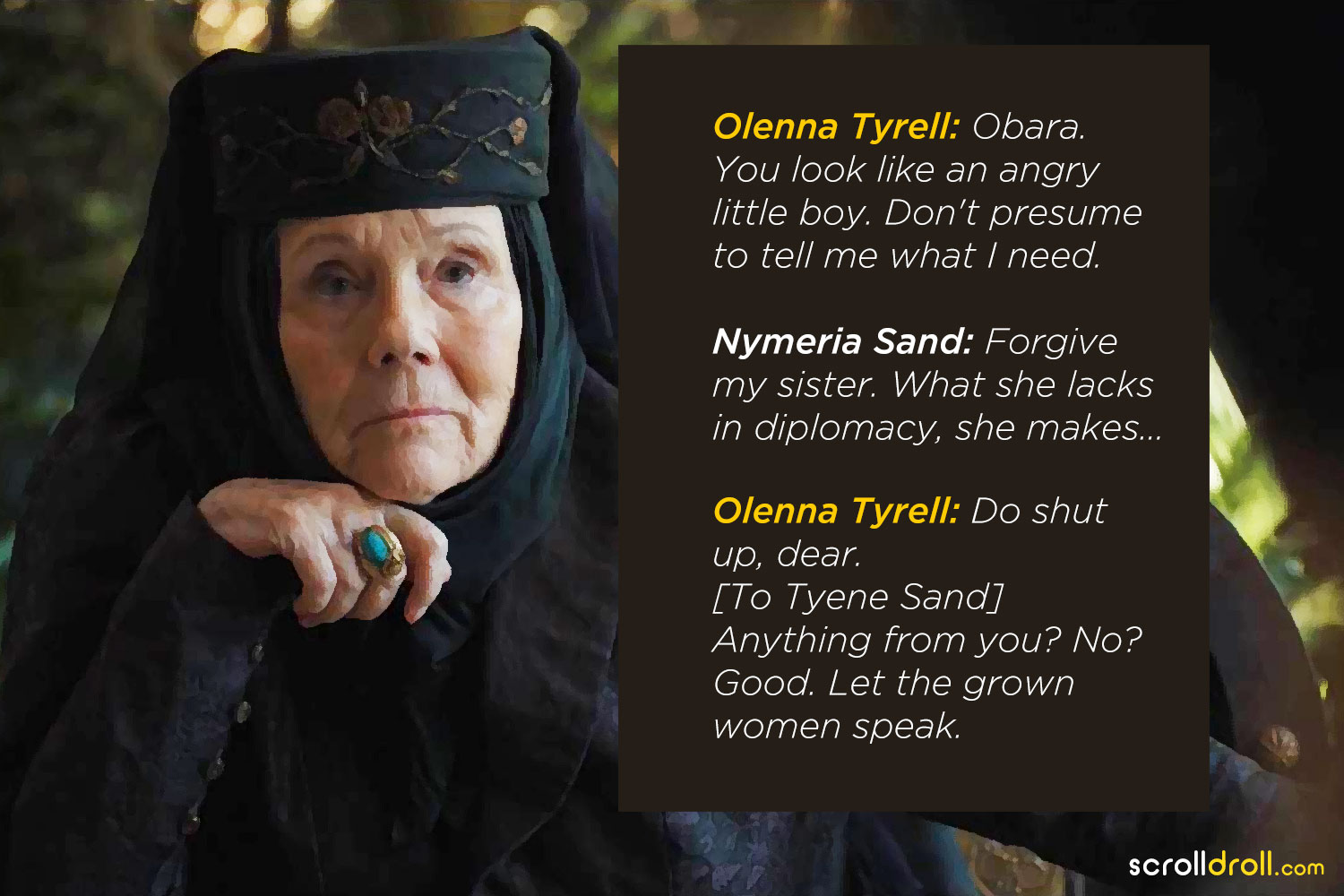 Only a few are bold enough to speak their minds

14. When she tells Cersei to put the pen down and stop pretending to write 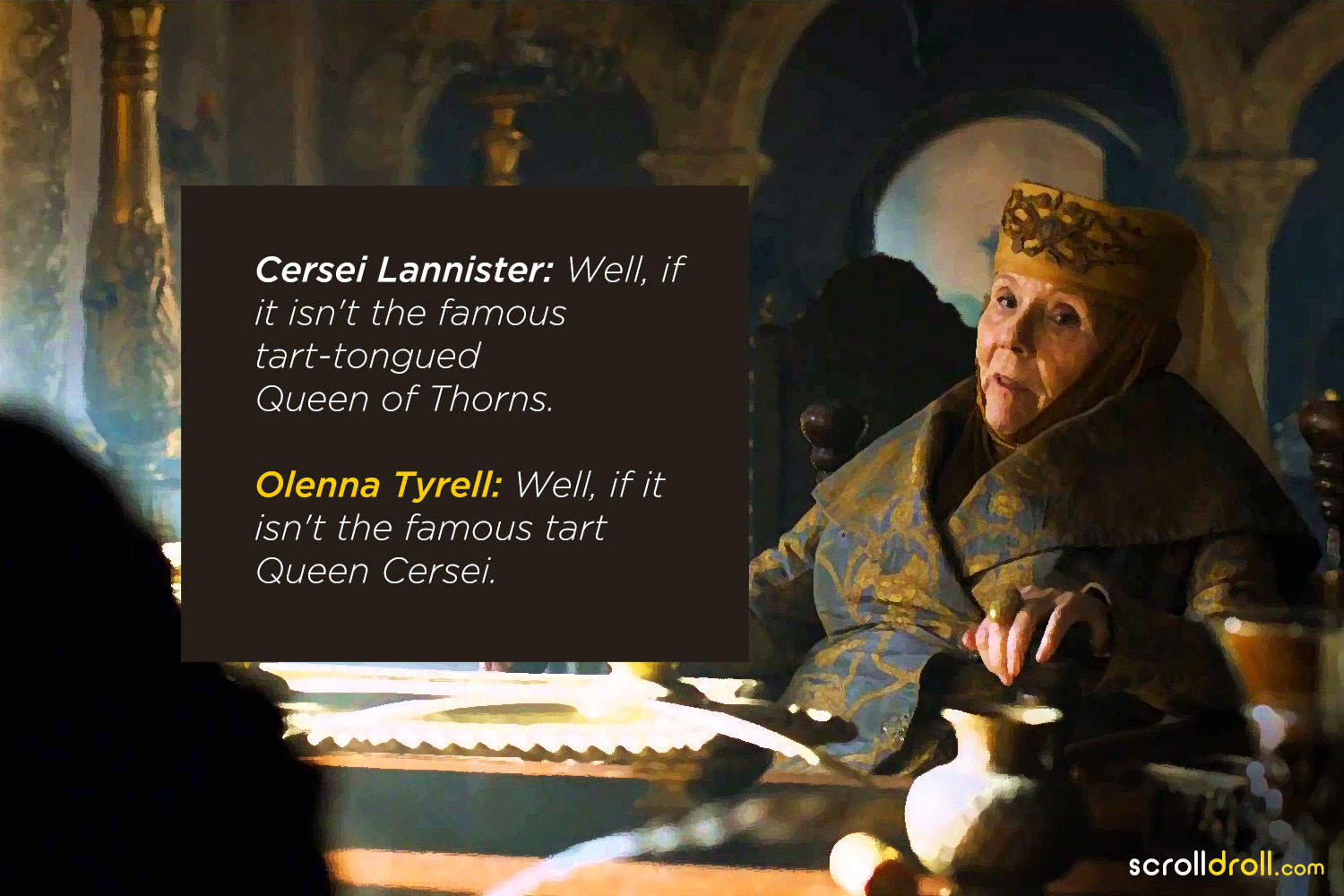 Her favorite pastime? Of course to rip apart Cersei.

15. When Tywin offers to wed Loras and Cersei 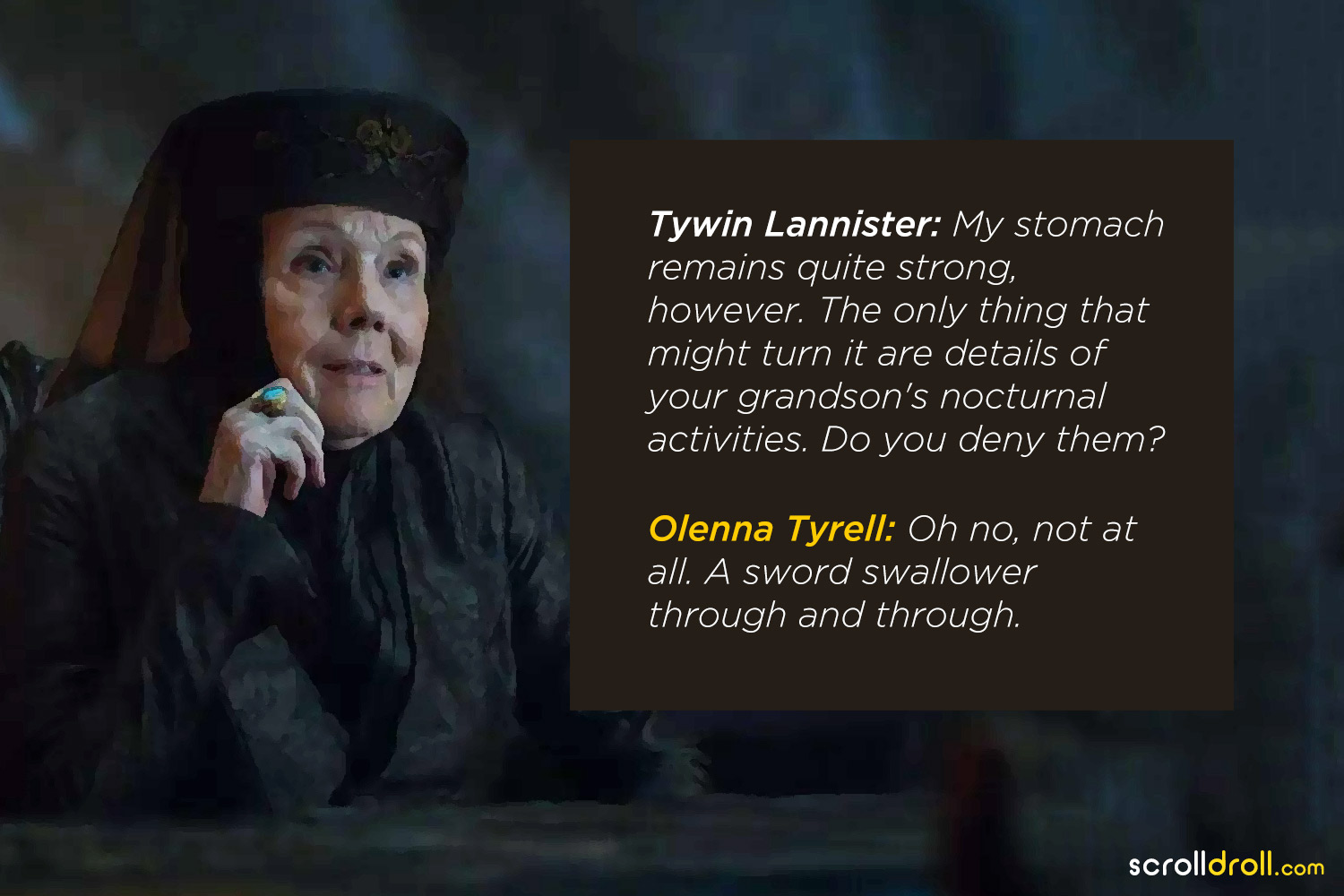 A supporter of LGBT rights 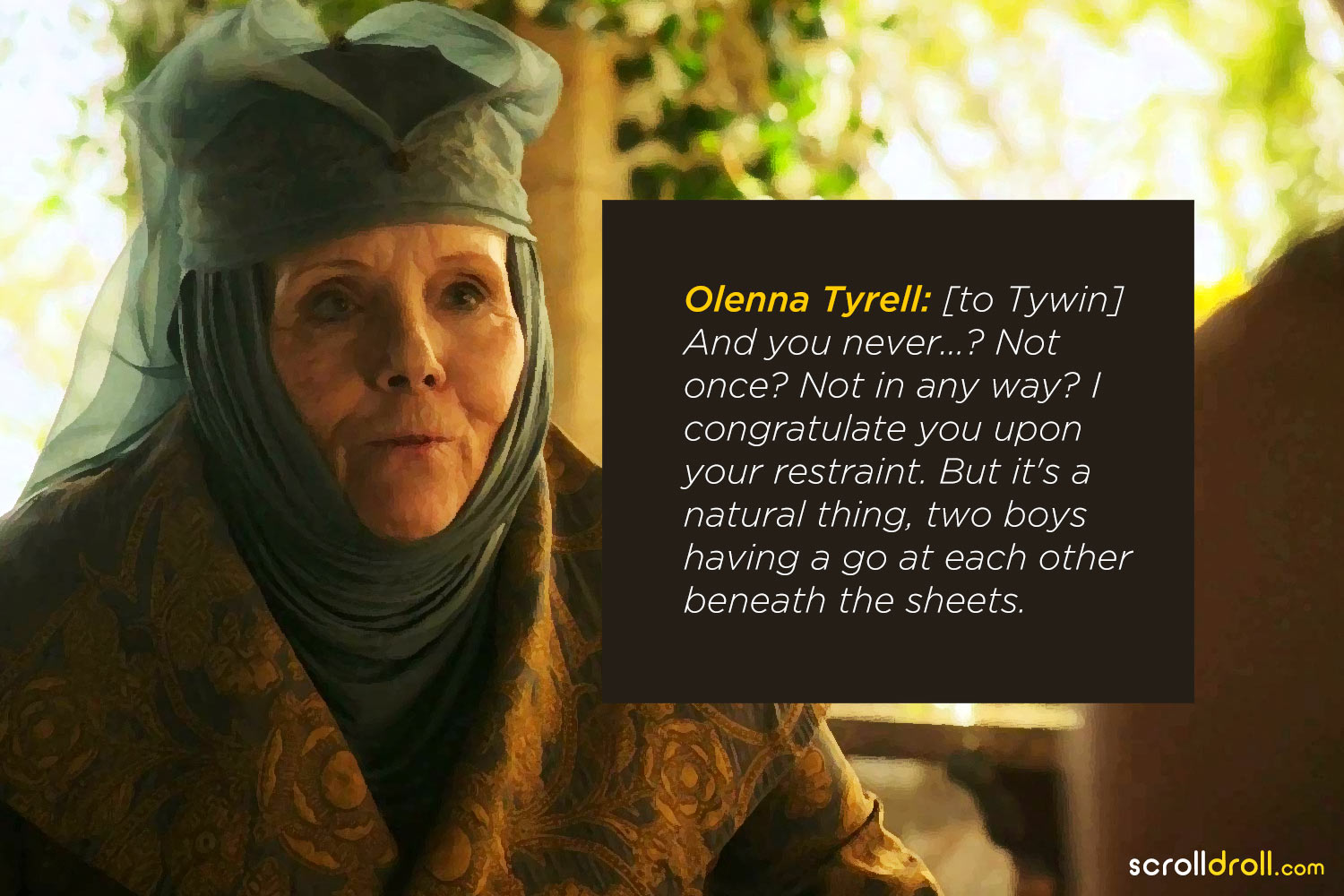 17. Her advice to Daenerys 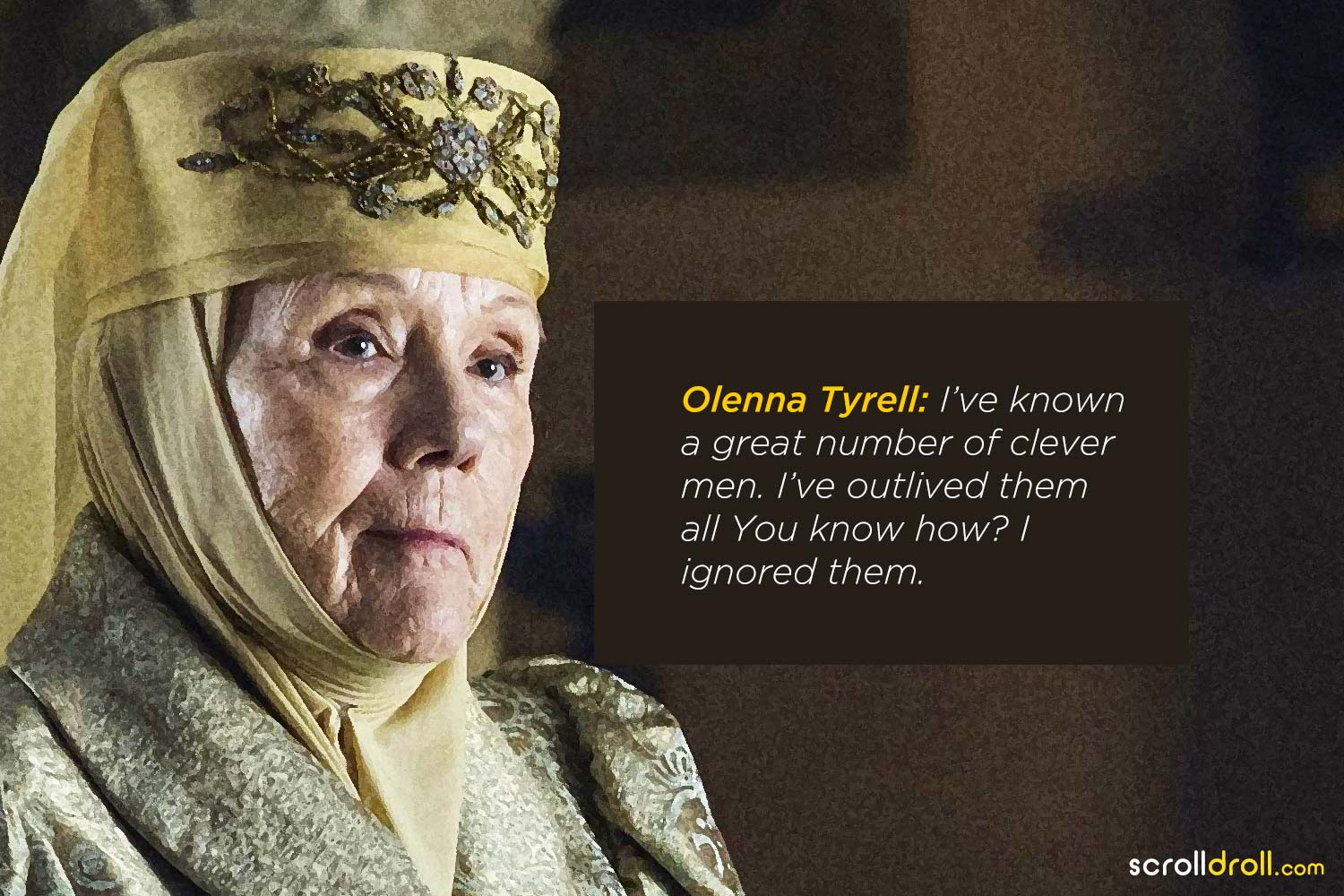 It’d be stoopid to not take her advice

18. When Margaery didn’t look her best. 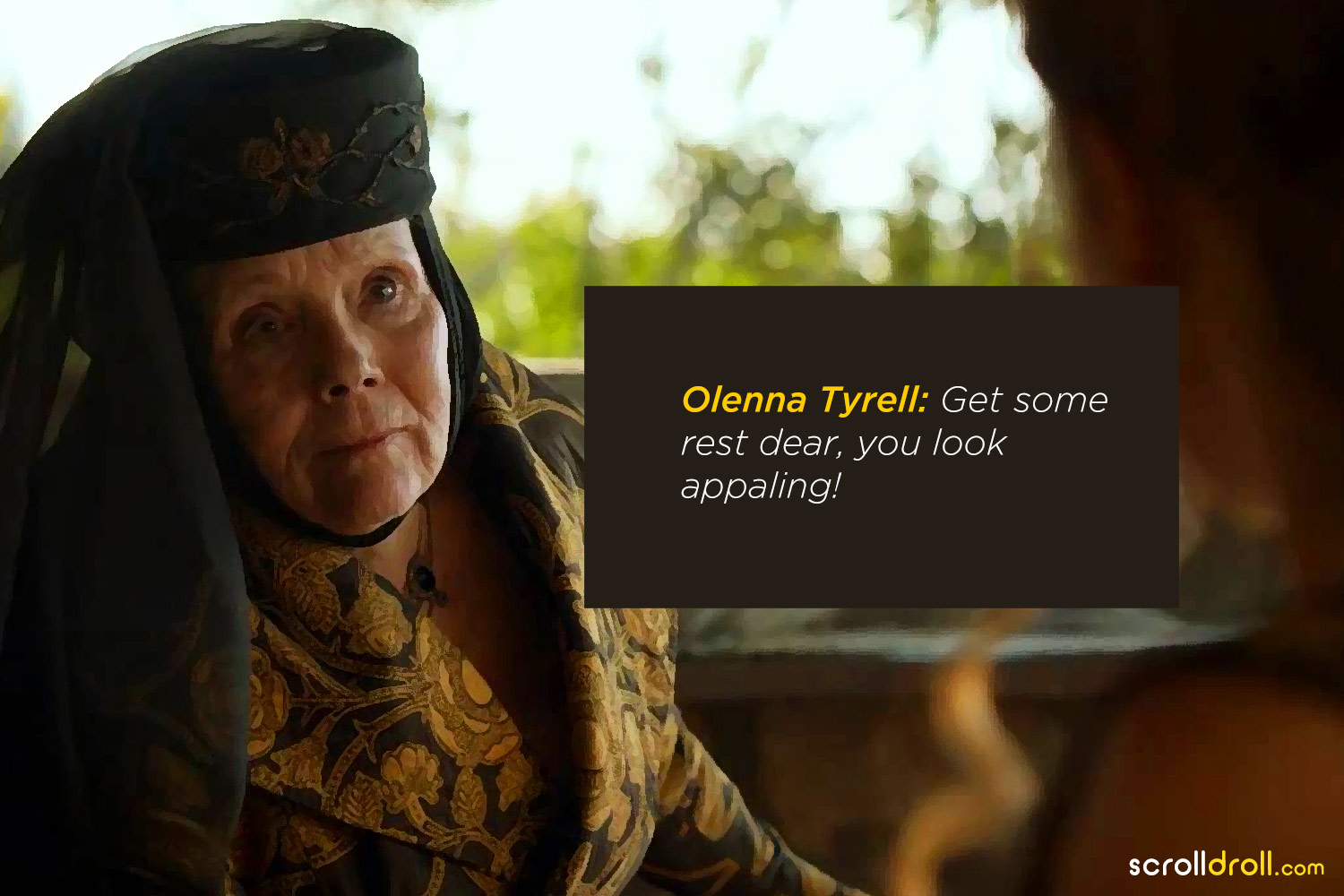 It’s heartbreaking to know that we won’t get to witness more of her sauciness and classy, metaphoric one-liners.

Melisandre can you bring her back too please?