A new video has taken the internet by storm- Pawri Ho Rahi Hai. It has been around 12 days since the video was released on Instagram and the internet is already flooded with millions of memes parodying the viral video. 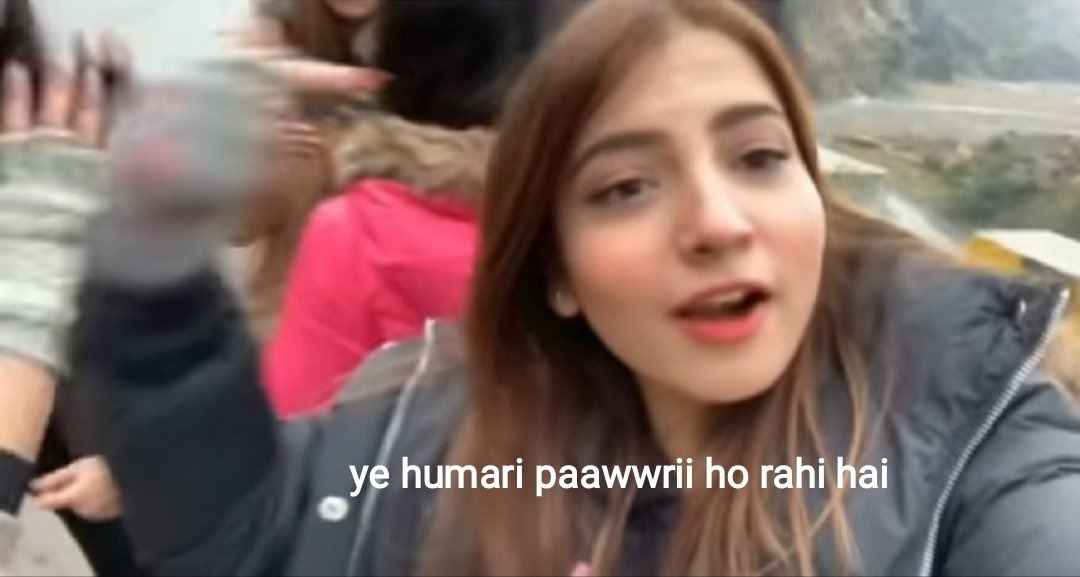 The video features Dananeer Mobeen, a 19-year-old Pakistani influencer. Mobeen recently uploaded a video taking a dig at the ‘pawri-loving’ tourists who visit the Northern areas in Pakistan. The video soon became viral and the next thing you know, Yashraj Mukhate had already created a song out of it. This fed fire to the already popular video and now there’s no stopping this trend.

Let’s have a look at some of the most hilarious pawri ho rahi hai memes that have been making rounds on the internet.

Also read: From Rashi To Annanya: Here Are The 20 Most Viral Indian Videos Of 2020 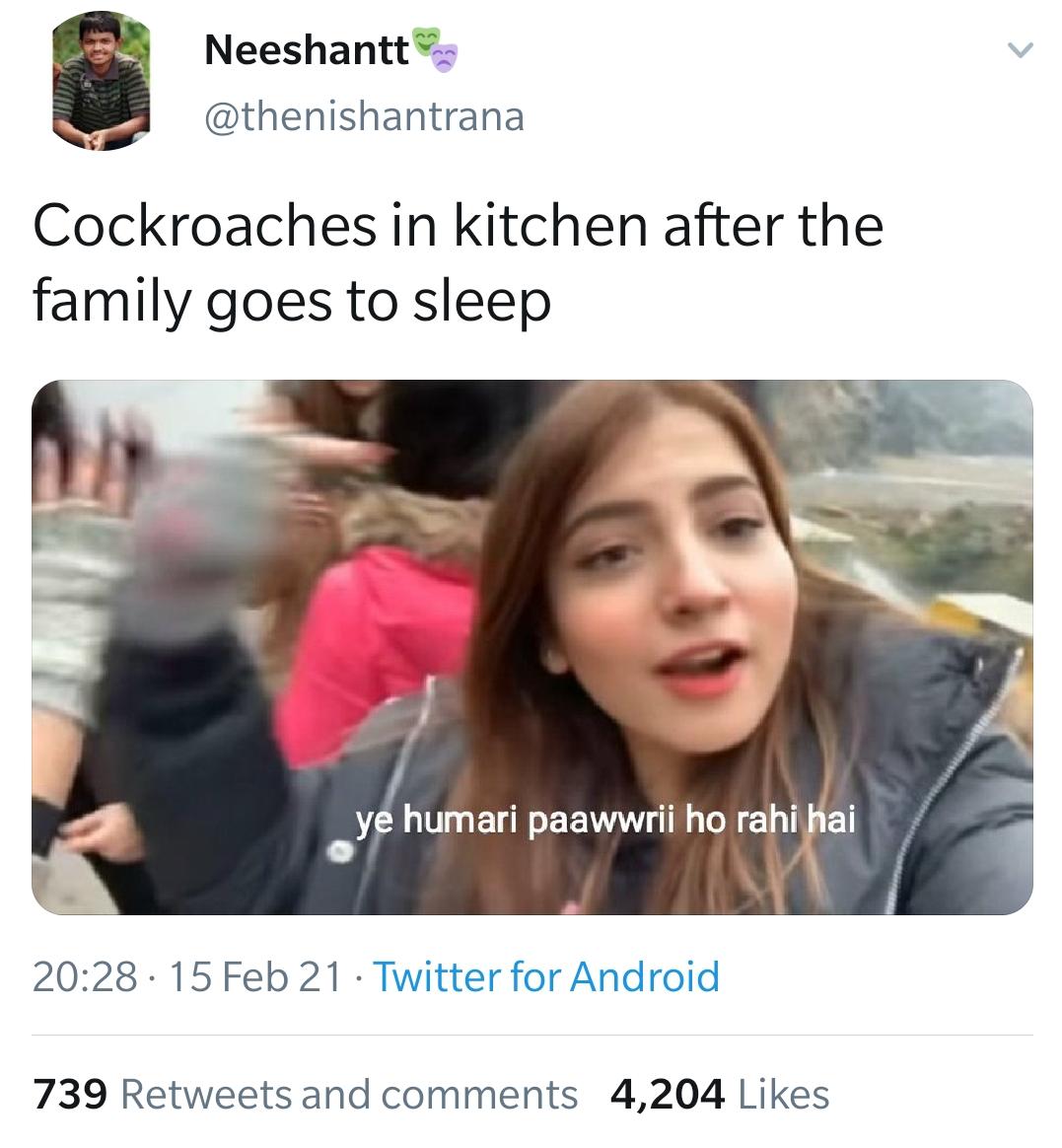 2. The ultimate ‘pawri’ of all students in the name of online classes. 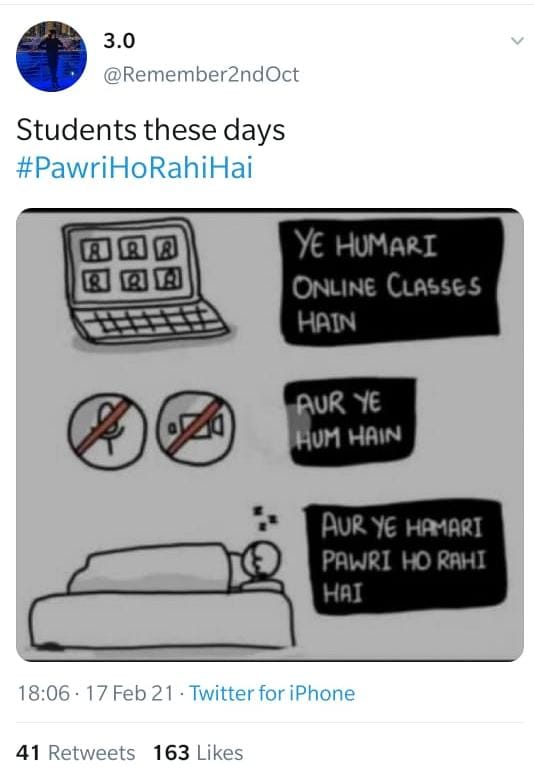 3. Okay, okay, this is going to go on for a long time. We need to brace ourselves. With the millions of ‘pawri’ memes on the roll, no matter where you go, all you see is this: 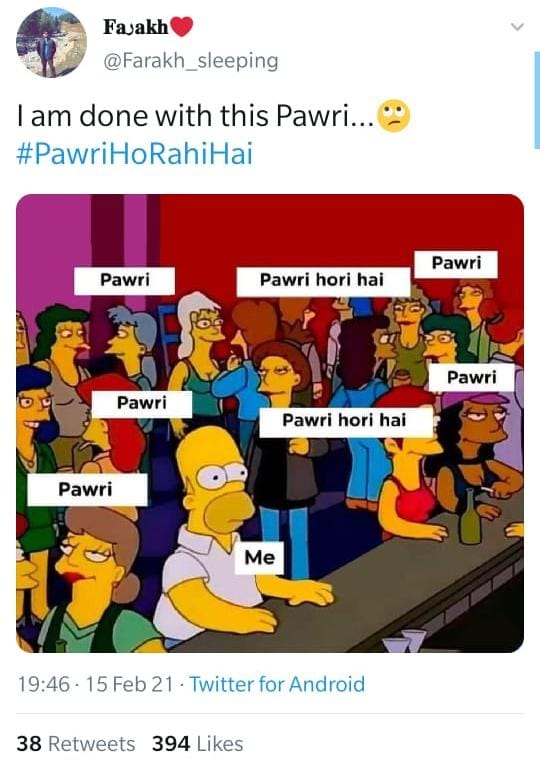 4. This legend won hearts with his outstanding performance in the recent India vs England series. Presenting to you, the ultimate ‘pawri’ mood setter, Ravichandran Ashwin!!!! 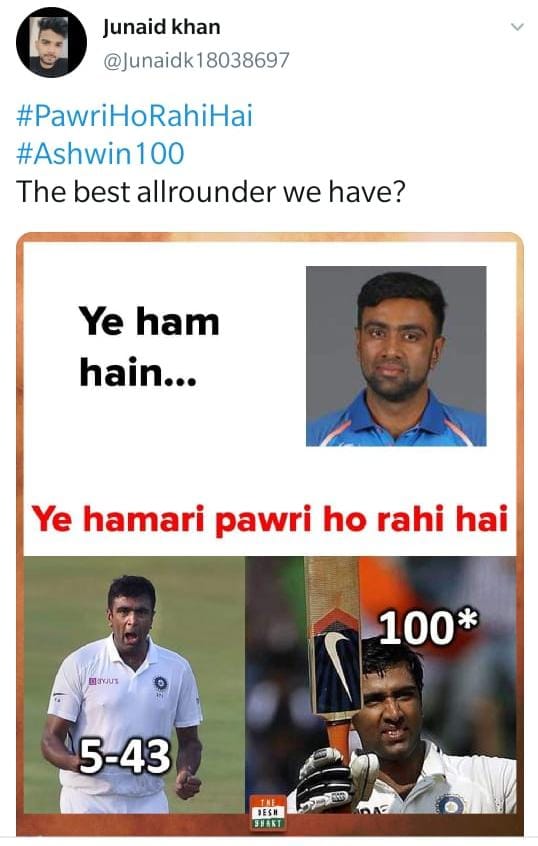 5. Even the Emergency Police Service Officials decided to have their own version of this hilarious trend. 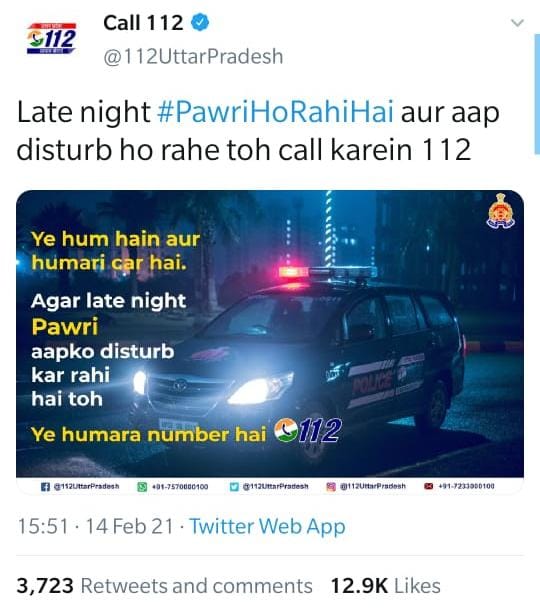 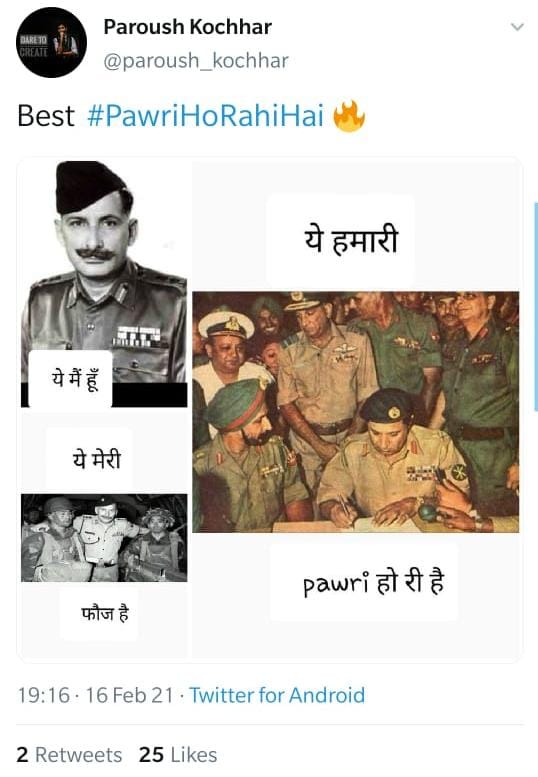 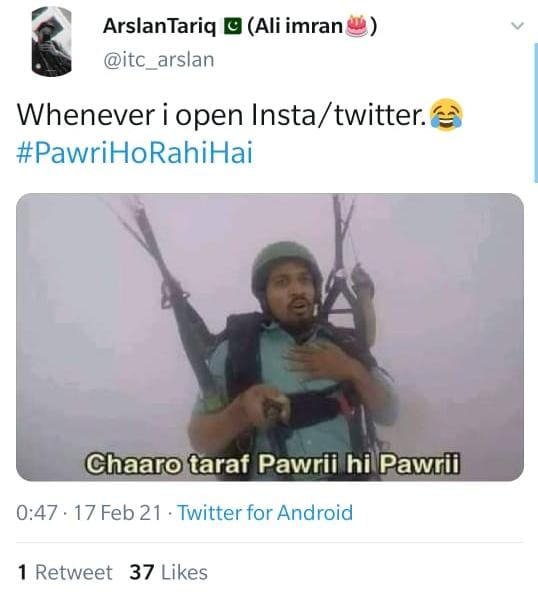 8. Parle-G is the best biscuit ever and its combination with tea is food for divine creatures. No one in India will ever negate this statement: Chai+ Parle-G= Best pawri ever! 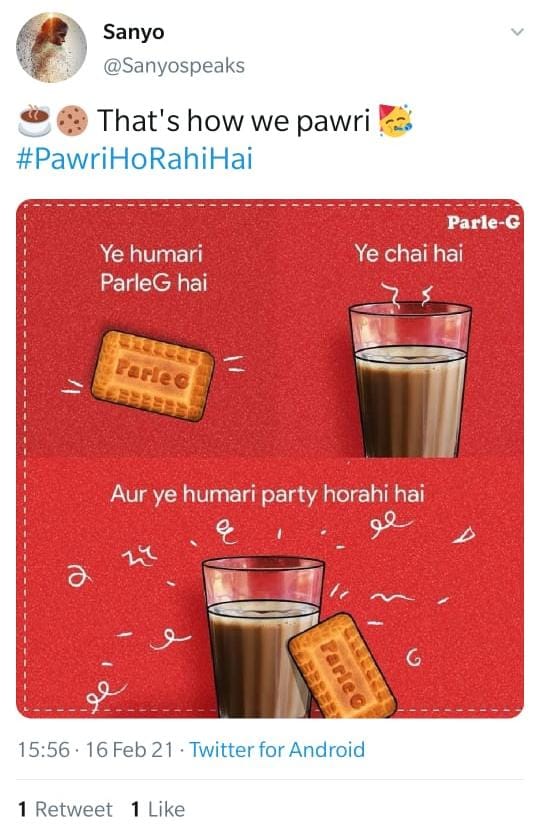 9. Linguists around the world are scratching their heads on this weird and out-of-the-world pronunciation of the word ‘party’. A nightmare for parents and English teachers; a pawri for the students! 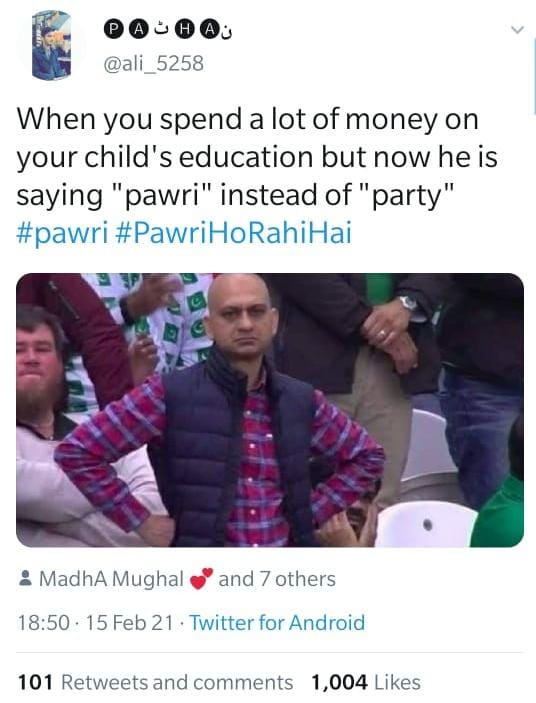 10. Nobody pawris like the backbenchers do! It is a universally acknowledged truth. 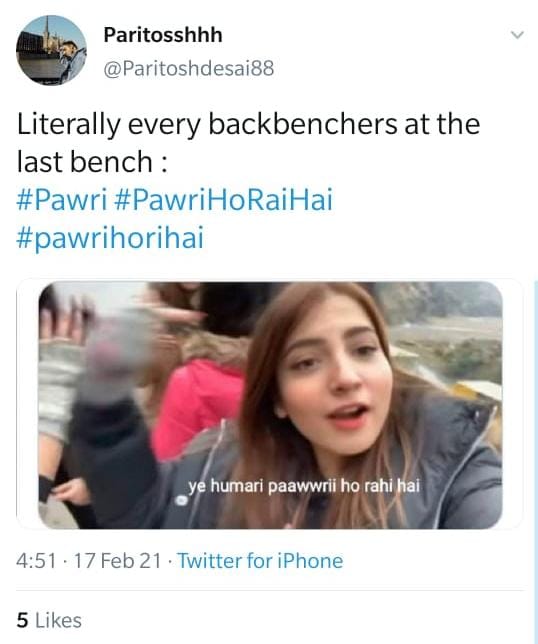 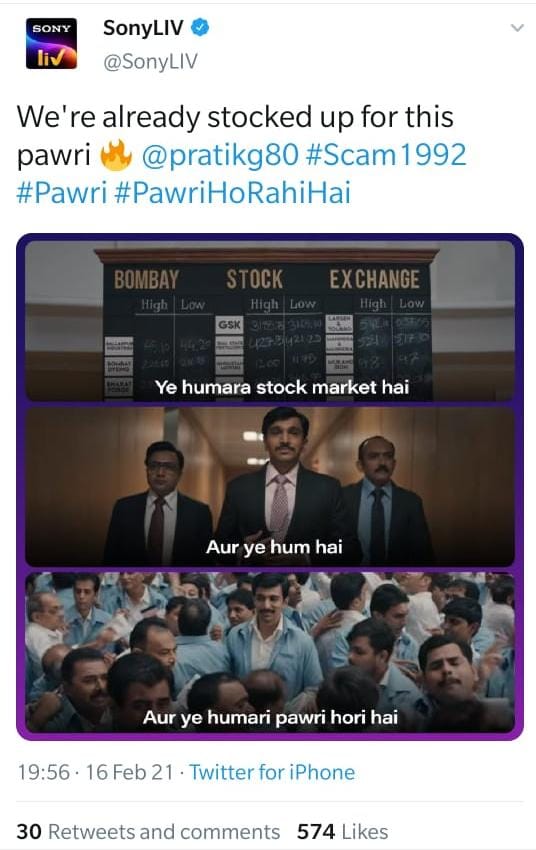 12. I’m sorry, there are some people who cannot have a pawri right now. Please, stop hurting their sentiments. 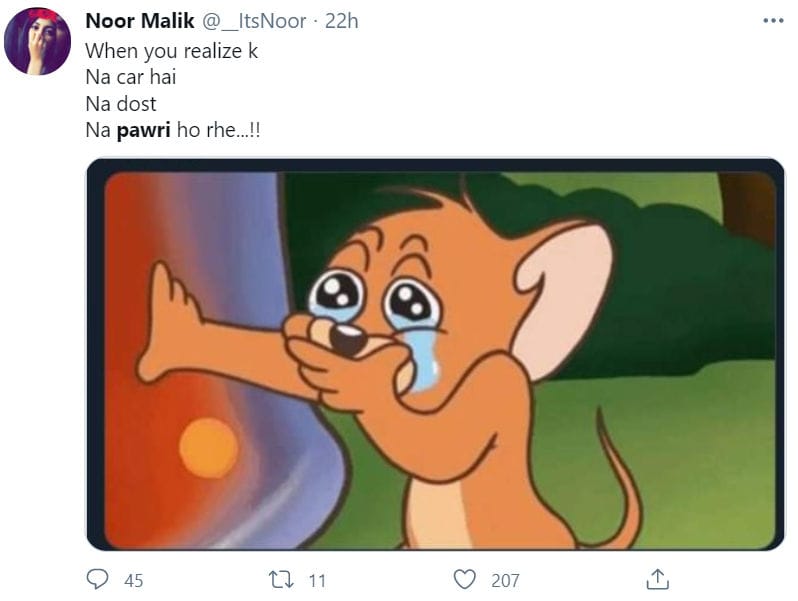 13. Netflix India decided to take a dig at this viral sensation using these nostalgia-inducing stills from the movie Golmaal- Fun Unlimited. 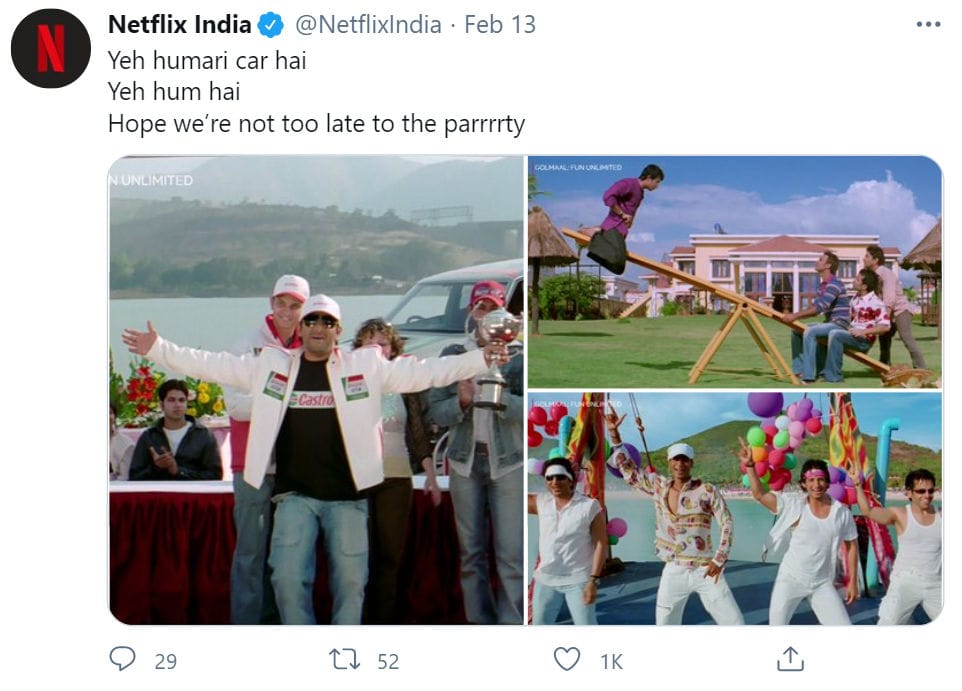 14. To be honest, there will be plenty of time for us to party in the future. It’s time to get back to our studies now. 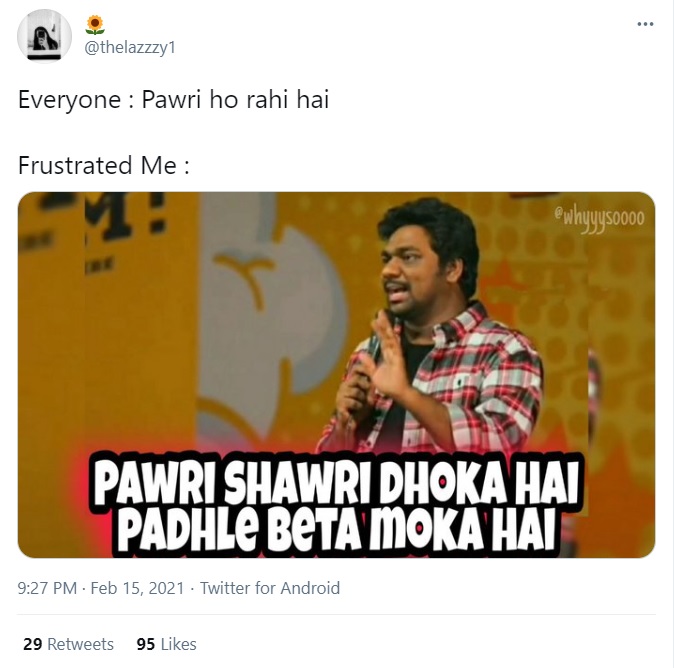 15. Goa has become the ultimate pawri destination for all students. The excitement level of these kids in Goa cannot be matched by just anyone. 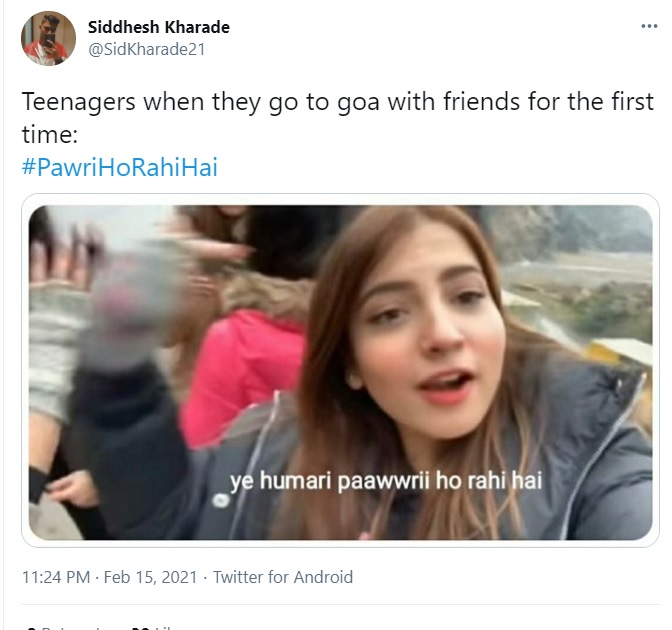 Hope that these memes will get the ‘pawri’ going! Were these pawri ho rahi hai memes hilarious enough? Do let me know in the comments section.