Pingali Venkayya: The Man Who Designed The Indian National Flag

With time, we take a lot of things for granted, forgetting that things that we are used to now were a novelty only a few years ago. Most of us have grown up seeing the Indian national flag being hoisted on various national holidays, but have you ever wondered what the history behind our flag is? We bring you the story of Pingali Venkayya – the man who designed the Indian national flag.

Also read: 7 Interesting Facts About The Rupee Symbol You Should Know About

Born near Machilipatnam (present-day Andhra Pradesh) at a small village called Bhatlapenumarru, Pingali Venkayya was an Indian freedom fighter who was a staunch believer in Mahatma Gandhi’s vision of India and non-violence. 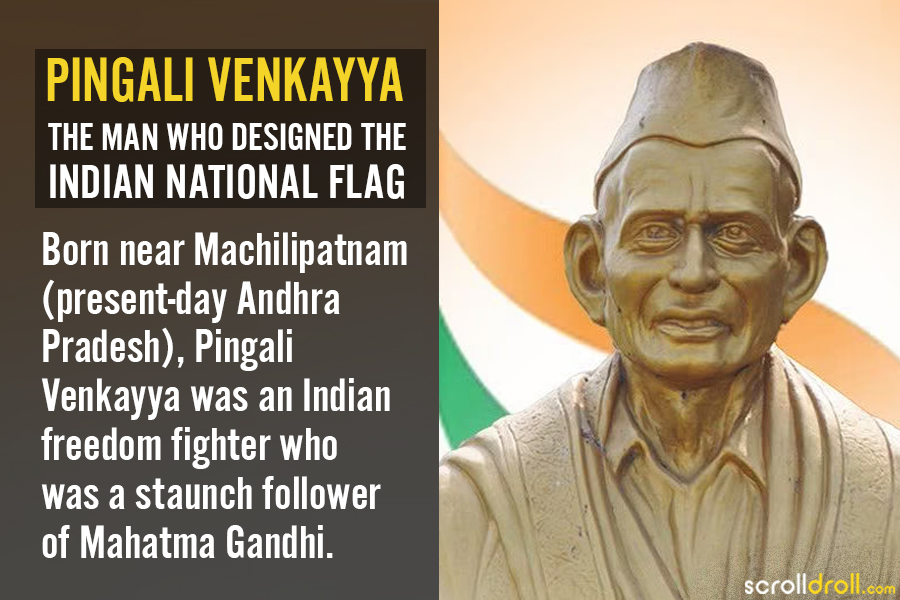 Pingali Venkayya was not just a man deeply devoted to his country and the Independence movement, he was also genuinely intelligent – the man was a linguist, geologist, and writer. He delivered a full-length speech in Japanese in 1913, earning him the title of “Japan Venkayya.” 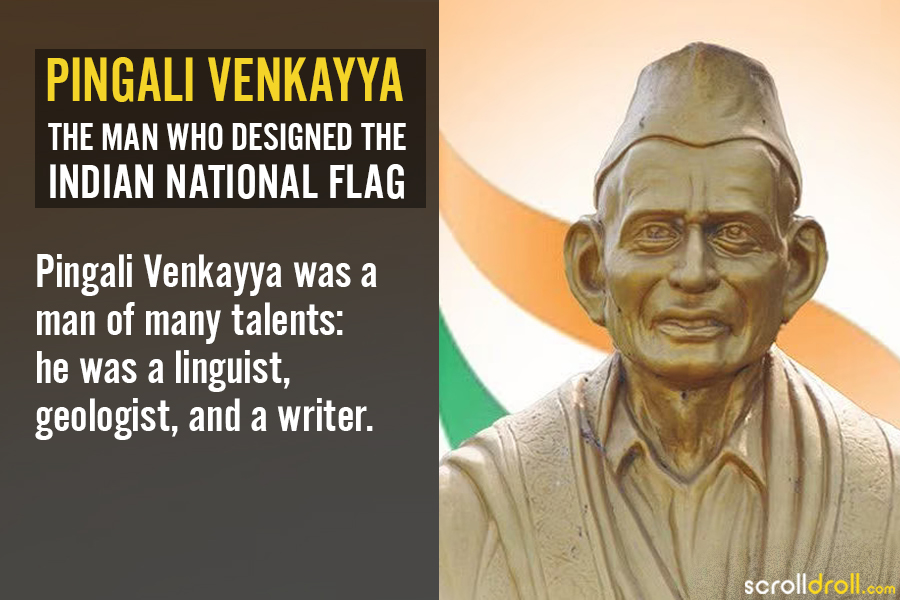 Venkayya had joined the British army and was subsequently posted in South Africa where he met Mahatma Gandhi. He was moved by Gandhiji’s ideas and their association lasted for 50 years.

By this time there were already different versions of the Indian flag but nothing came close to the wholesome design presented by Pingali Venkayya. 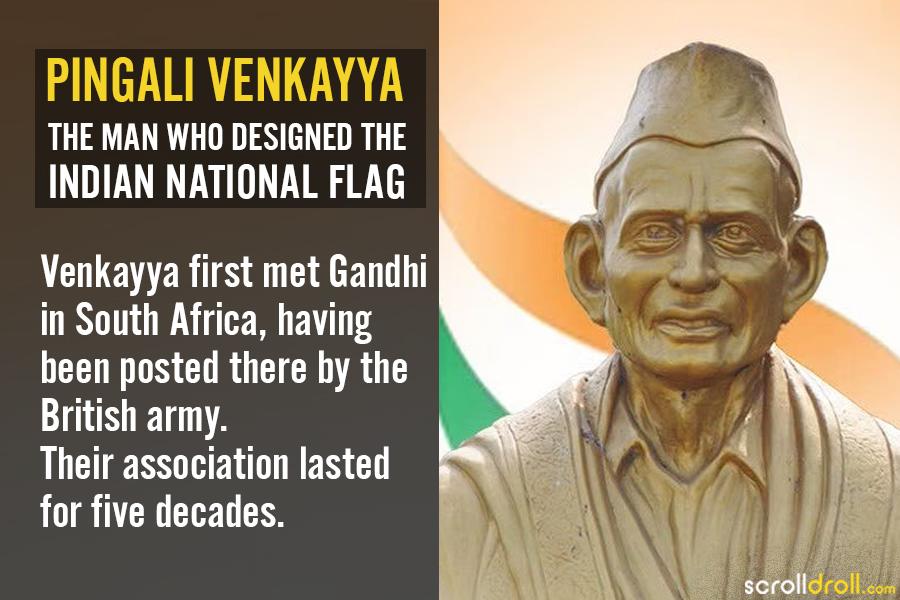 It was in 1921 that Mahatma Gandhi called for designs for the potential Indian flag to be submitted, and even though Venkayya wanted to present his flag then, it was delayed, and a different flag was used instead. This one had only green and red colours to represent Muslims and Hindus respectively, with the motif of Gandhi’s spinning wheel on the centre. However, Gandhi realised that it did not accurately represent all religions of India, and decided to add a white colour as well. 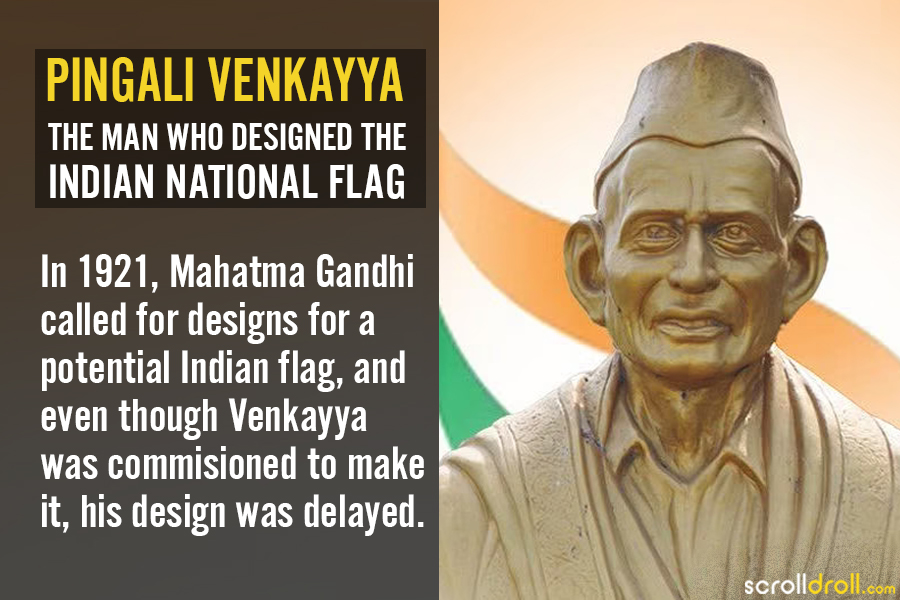 The Swaraj flag designed by Pingali Venkayya was first hoisted on 1923, and was officially made the flag of the Indian National Congress in 1931. This flag had saffron on the top, green on the bottom, and white in the middle, with the spinning wheel in the centre. This was used as the flag several years, until India became independent of British rule in 1947. 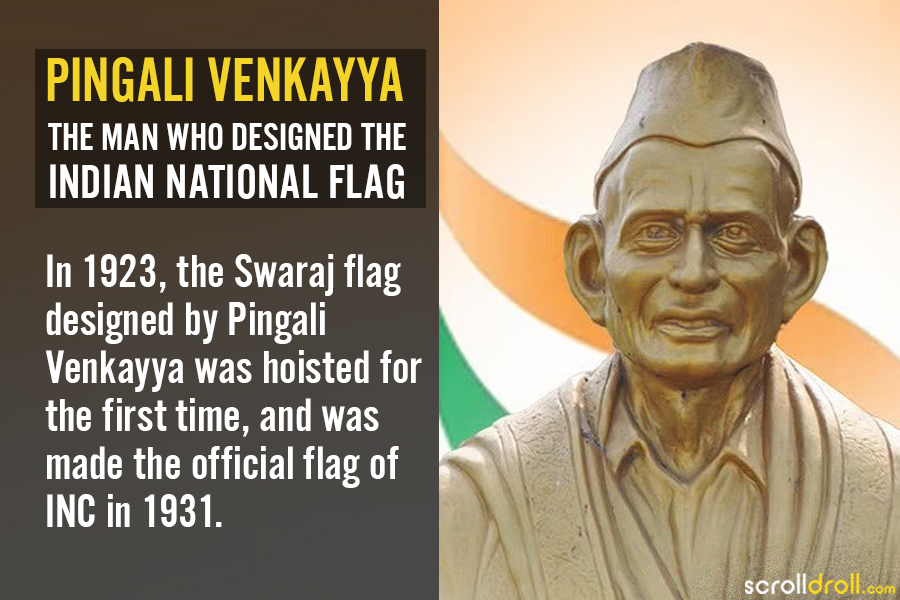 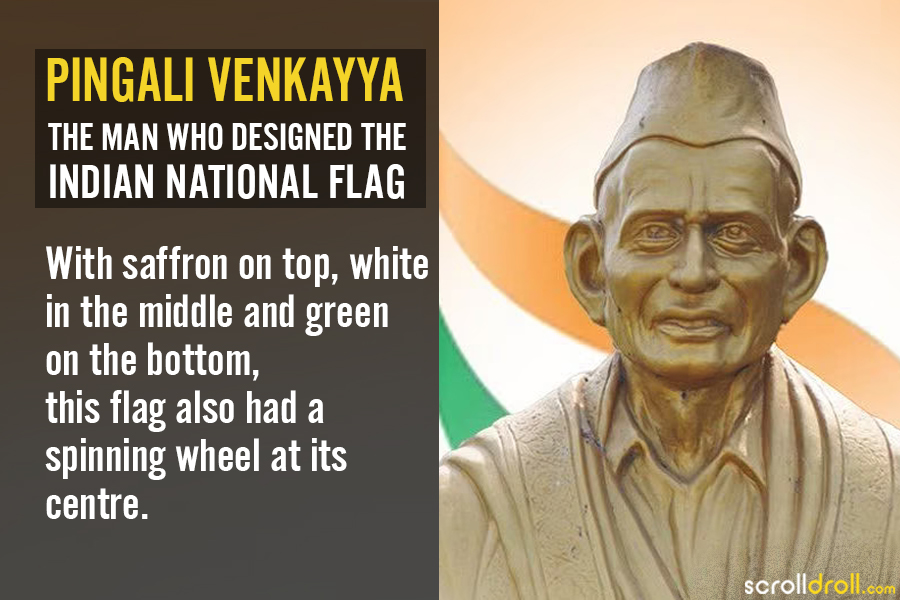 In 1947, when it came to choosing a flag, the British suggested a version of the INC flag with the Union Jack on the top left corner. This design was rejected by Jawaharlal Nehru, who thought Nationalists might see it as pandering to the English. It was then decided that INC’s own flag be made the National flag, with suitable modifications. 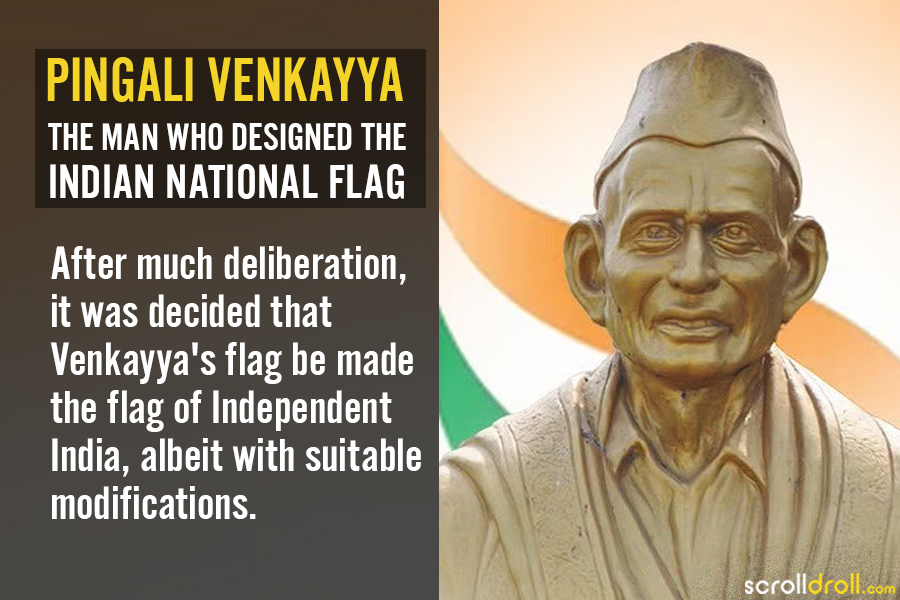 The spinning wheel was replaced by the Ashoka Chakra, which represented dharma and law. It was also decided that the flag be bereft of communal undertones. Instead, as once clarified by Sarvepalli Radhakrishnan, Saffron denoted disinterestedness for material gain. The White denoted the path of truth. The Green denoted soil and plant life, and the Ashoka Chakra denoted law and dharma. 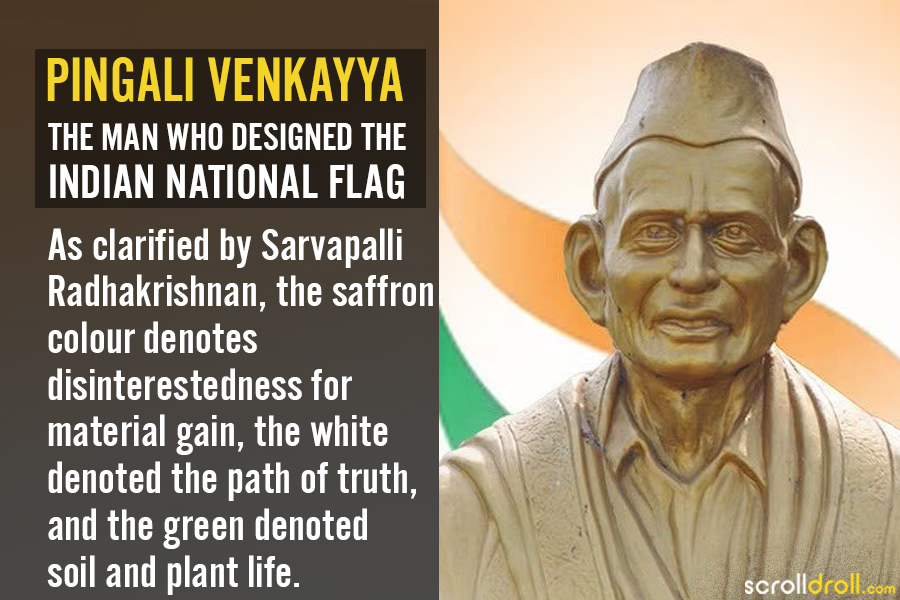 Sadly, despite making such a ginormous contribution to modern-day India, Pingali Venkayya hardly received any recognition, and died in poverty in 1963. It was only proposed by that Venkayya receive a posthumous Bharat Ratna, but no decision is taken on the issue as of yet. 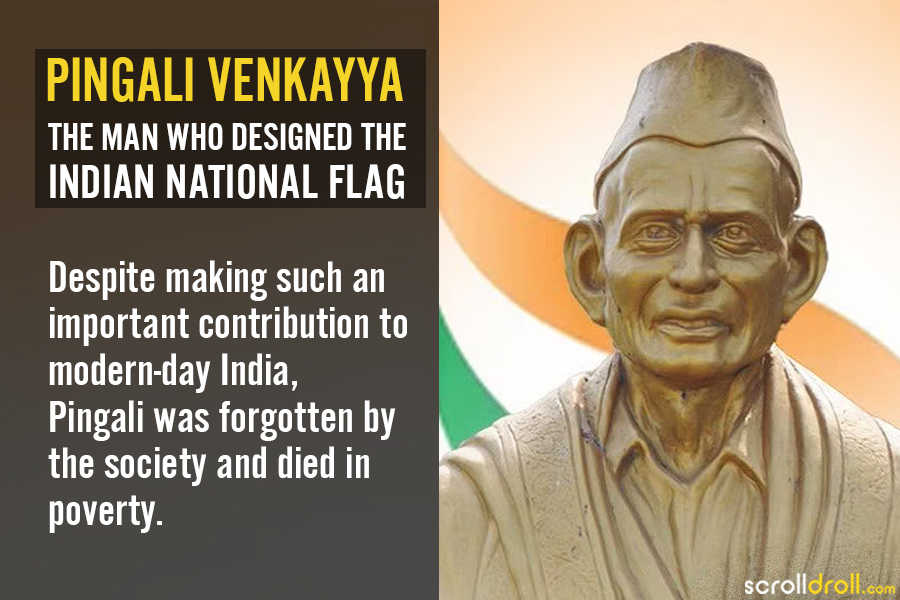 Men and women like Pingali Venkayya who have made significant contributions to make India what it is today, must not be forgotten. They should be kept alive through memories.