Globalisation has connected us to other countries in a way that we would’ve never imagined. In many ways, so have these popular Indian-American actors. Now, when we watch films that have a way of influencing the whole world, we know that they’re looking at good South-Asian representation!

1. Priyanka Chopra Jonas
Priyanka’s first international exposure came in the form of two blockbuster music videos displaying her vocal abilities, rather than through Hollywood films. Priyanka Chopra’s most well-known foray into Hollywood was as the lead actor in the three-season criminal drama ‘Quantico’. The actress, who played FBI agent Alex Parrish, garnered a lot of praise for her portrayal. Following her appearance in ‘Quantico’, Priyanka was cast in several Hollywood films, making her one of the most well-known Indian-Americans. This has only been increased by her marriage to Nick Jonas. 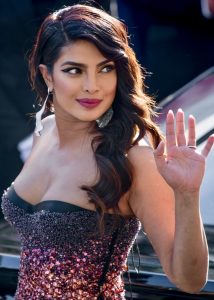 2. Dev Patel
Dev Patel was born in Harrow, London, to caregiver Anita and IT worker Raj Patel. His parents, both of Gujarati Indian ethnicity, are from Nairobi, Kenya. His first acting appearance was in the British television series ‘Skins’. His breakthrough performance came in the Academy Award-winning film ‘Slumdog Millionaire’. He starred as Sonny Kapoor in ‘The Best Exotic Marigold Hotel’ in May 2012. He starred in two blockbuster movie pictures that were released in theatres at the same time in March 2015: ‘Chappie’ and ‘The Second Best Exotic Marigold Hotel’. 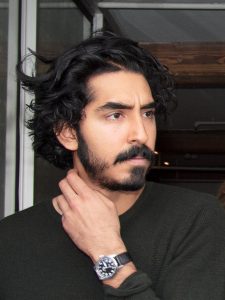 3. Mindy Kaling
Vera Mindy Chokalingam is an Indian-American actress, comedian, producer, writer, and director from Cambridge, Massachusetts. She is best known for her roles as Kelly Kapoor in The Office and Disgust in Inside Out, as well as her creation of The Mindy Project. Wreck-It Ralph, Despicable Me, The 40-Year-Old Virgin, Ocean’s 8, and Monsters at Work are among her other credits. She’s the mother of two children. She has also created the show ‘Never Have I Ever and the south Asian representation in the show makes her one of the best and most popular Indian-American actors. 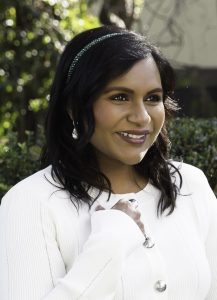 4. Suraj Sharma
Suraj was one of 3,000 people who auditioned for the role of Pi in Life of Pi (2012), and he only went because his younger brother had requested it. Director Ang Lee chose Sharma after several rounds of auditions because of his expressive eyes and innocent appearance. Sharma has resumed to his studies of philosophy at Delhi University’s St. Stephens College since his appearance in Life of Pi (2012). He is currently starring in the TV show ‘How I Met Your Father’ as one of the main characters. 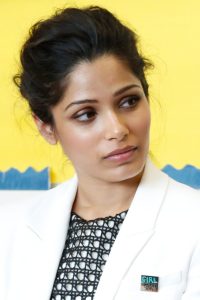 6. Sendhil Ramamurthy
Sendhil Ramamurthy is an American actor who was born on May 17, 1974. He is best known for playing geneticist Mohinder Suresh in the NBC science fiction drama ‘Heroes’ and Jai Wilcox in the action spy thriller ‘Covert Affairs’. In the Indian film ‘Shor in the City’, he played Abhay. In the CW sci-fi romance series ‘Beauty & the Beast’, he plays Gabriel Lowen. Jay Chandrasekhar, the comedian and film director, is his cousin. 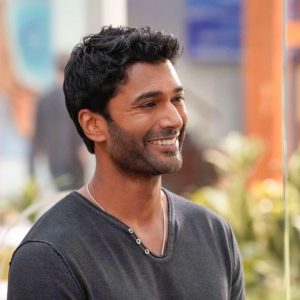 7. Aziz Ansari
Aziz Ansari was born in Columbia, South Carolina, to a medical office clerk named Fatima and a gastroenterologist named Shoukath. He earned a business degree from NYU in 2004. He began his career on television in the blockbuster comedy ‘Parks and Recreation,’ and went on to appear in films such as ‘I Love You, Man,’ ‘Funny People,’ and ‘Get Him to the Greek,’ among others, before starring in the comedy ’30 Minutes or Less.’ He’s also done stand-up comedy and has Netflix specials to his credit. 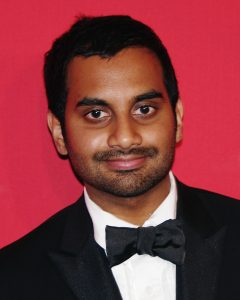 8. Kal Penn
Kal Penn made his film debut in the comedy Harold & Kumar. ‘Visit White Castle.’ A series of Harold & Kumar movies followed. He then went on to star in the television series ‘House’ for two years. His grandparents, who marched for India’s independence, sparked his interest in politics. He became an Associate Director in the Obama administration in 2009. 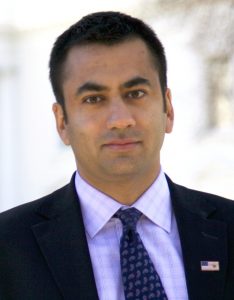 9. Sakina Jaffrey
Sakina Jaffrey was born in Manhattan, New York, on February 14, 1962. She is an actor who has been in shows such as “House of Cards,” “The Mindy Project,” and “Mr. Robot.” Francis Wilkinson has been her husband since September 8, 1990. They have two kids together. 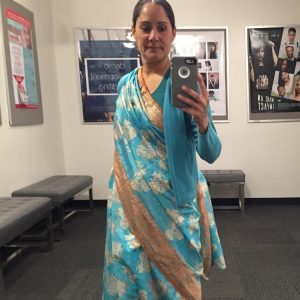 10. Kunal Nayyar
Kunal Nayyar is an actor from India. In 1999, he migrated from India to the United States. He originally relocated to Portland, Oregon, to pursue a degree in business. He began acting in plays in order to meet new people. He took acting classes, but he also earned a business degree from the University of Portland, so he had something to fall back on. He subsequently moved on to Temple University in Philadelphia, Pennsylvania, to earn a master’s degree in fine arts. He worked for the renowned Royal Shakespeare Company in Stratford, England. Just a year after graduation, he scored his breakthrough role in ‘The Big Bang Theory.’

This was our list of the most popular Indian-American actors. Do you think we missed someone? Let us know in the comments!

Most Charming Villages in Thassos